If India had any brains they would order a new aircraft carrier to be built by China and get weapons and systems installed from Russian and Indian companies....

She may be able to do it only after she stops claiming disputed border areas, accepts PRC control over Tibet, kicks Dalai Lama out, improves relations with Pakistan, cuts ties with Taiwan & stops exercising with US & Japan.
Tsavo Lion

She may be able to do it only after she stops claiming disputed border areas, accepts PRC control over Tibet, kicks Dalai Lama out, improves relations with Pakistan, cuts ties with Taiwan & stops exercising with US & Japan.

All those conditions... China is starting to sound like the US... it is little wonder they generally buy from Russia...
Tsavo Lion

US-CHINA TENSIONS
How it happened: Transcript of the US-China opening remarks in Alaska https://asia.nikkei.com/Politics/International-relations/US-China-tensions/How-it-happened-Transcript-of-the-US-China-opening-remarks-in-Alaska
China's Yang: 'Is that the way that you had hoped to conduct this dialogue?'

Usually respectful and diplomatic, reports are that China really took it to the arrogant Americans this week in Alaska, left them in shock lol


“When I entered this room, I should have reminded the U.S. side of paying attention to its tone in our respective opening remarks, but I didn’t,” Yang said. “The Chinese side felt compelled to make this speech because of the tone of the U.S. side.”

“So let me say here, that in front of the Chinese side the United States does not have the qualifications to say that it wants to speak to China from a position of strength.”

Dear America... China is a country. If you think you can dictate to it what it can or cannot do or what it should or should not do then you don't understand the difference between a country and a child, which is ironic because you are acting more like the latter than any other country on the planet.

U.S. worries about risk of Chinese naval base in Cambodia

There are loads of reasons for Chinese jets not selling. For a long time the weapons they offered were not competitive. For a long time they produced no modern engines. The weapons were not combat proven. We could go on. Only recently did China manage to produce the WS-10 engine for the J-10 and still not enough for their own requirements. Countries which buy the JF-17 risk having issues with Russian engine supply in the future. Yes, it could happen. Imagine Russia decides the JF-17 is stealing MiG-35 sales and denies engine sales like they did with components for the Ukrainian T-84 which competed against T-90 sales in the past. The US regularly sabotages Chinese weapons deals also like they did in Turkey with their SAM systems purchase.

Still, the Chinese have had some (limited) success with weapons sales recently. For example their VT-4 tank has exported in reasonable numbers to Pakistan and Thailand for example.

Thailand is emerging as a major Chinese weapons purchaser right next to Pakistan. They purchase tanks and ships. They have been leaving US orbit ever since this latest king came into power. Thailand evaluated the J-10 also but decided against it and purchased the JAS 39 Gripen instead. Do not be too surprised if they purchase Chinese fighters sometime in the future.

China has as weapons clients Pakistan, Thailand, Bangladesh, and Nigeria basically. These countries often buy Chinese weapons systems. Of these Thailand is leaving the US orbit and Bangladesh has a rapidly growing economy which might lead to more significant sales in the future.

Huge amount of competition in arms sales... Russia and the west generally have the advantage over China that much of their stuff is combat proven and tested with customers available for future customers to talk to.

Export only stuff always struggles for sales because if the home country doesn't want it or need it then why buy it.

The Chinese are not stupid and they can look at arms sales and the different customers and look at why they bought this or that product.

Oil rich Venezuela got F-16s and Argentina got Skyhawks...
Finty

You mention F16s, at one time (during the carter years) the intention was to sell poorer performing versions of it for export but this policy was ditched by the time Reagan was in charge.
GarryB

The F-5 was not a bad fighter and the F-20 was interesting...
lancelot 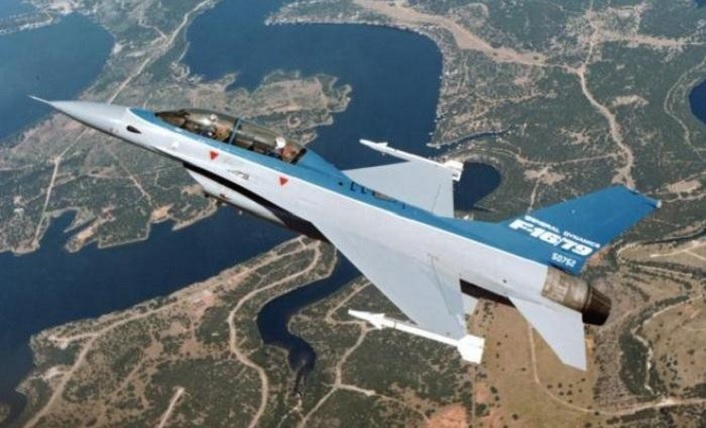 lancelot wrote:I think he is talking about the putrid F-16/79. An F-16 with J79 jet engine. This was supposed to be a competitor to the F-20 Tigershark.

That's the one, thanks. I'd overlooked that it was called that.

First read about it World Air Power Journal vol 5 which mentions that it was Carter who reversed the policy in 1980 to allow the F16A/B to be sold to foreign customers instead of the J79.
RTN

This piece for RT about China's growing nuclear arsenal, was written by an ex US military guy. Several inconsistencies though. I'll highlight the most important ones:


"If, however, the Chinese were to complete the two new silo bases and fill them with DF-41s, each of which armed with 10 warheads, then the US and China could negotiate mutually acceptable reductions based on strategic parity."

200 alleged DF-41s with 10 alleged warheads apiece doesn't equate to parity, it equates to a potential numerical advantage in terms of warhead count. In reality though the DF-41 is likely to employ fewer than 10 warheads for numerous reasons, such as possibly taking up space on the bus for penaids, using larger warheads, etc.

And while we're at it, claiming China is engaging in an arms race when what they're really doing is attempting to achieve strategic parity is a stretch.

"US-China nuclear reduction talks, however, are impractical when one compares the relative threat posed by 200-plus Chinese ground-based ICBMs, and the US arsenal of several thousand strategic warheads housed in a nuclear triad consisting of silo-based ICBMs, submarine-launched ballistic missiles and air-delivered nuclear weapons."

Well, if those 200 ICBMs are all DF-41s, then as he claims that's 2000 warheads there alone. It's also remarkably convenient that there's no mention in that statement of any Chinese SLBM or air-delivered nuclear capacity. It's almost like it was ignored on purpose...
GarryB

The point is that previously China was happy having enough nukes to give another country a damn good punch in the face that knocks them to the floor and requires stitches, but the US wasn't happy with that, so they started basing weapons in Japan and South Korea to encircle and "contain" China.

Of course China is going to realise the US now represents a real threat and look at what weapons and systems they have and realise that its self defence slap is not going to be good enough against a super power like the US and its cronies.

Of course China is going to want at least parity, and indeed superiority to prevent the US doing something stupid.

The US is bound by agreements in Europe, but China isn't, which led to the US lying about Russia breaking the INF treaty and withdrawing from it... which ironically has made Russias hand much much stronger in Europe because IRBMs and IRCMs are very very effective weapons of war and you need a very decent IADS if you want to face an enemy well equipped with such weapons. HATO IADS is poor and fragmented and no where near unified and totally air based and therefore vulnerable. Russia has an excellent IADS that is only getting better and better as new systems are added and new radars and sensors and lines of communication are added.

Since the end of the INF treaty the speed with which they were able to put Tomahawk cruise missiles in AEGIS ASHORE shows which side was being dishonest and breaking the treaty rules... about 16 days after the US withdrew they tested their first Tomahawk cruise missile from those launchers that were not supposed to be able to load cruise missiles. Who knows how many extra days they waited before the test to make it look like work had to be done for the launch... probably 15 or 16 I would say.

The result now is that China can waste some money on weapons they hopefully will never use but the US gave them no choice and forced their hand... they can certainly afford it, while the US probably can't... they have effectively just doubled the number of ICBMs pointed at the US... are you feeling safer now?


Poster is a Defence News journo.

Sujoy wrote:China and Russia are holding one of the largest military drills.

I'm no fan of communist china but India has seemed to jump west very fast. No wonder it might spook russia.

TMA1 wrote:I'm no fan of communist china but India has seemed to jump west very fast. No wonder it might spook russia.

Agree! Russia should support China in its effort to invade India.

India today is a failed state with more than a billion people who are now migrating in millions to Russia, other parts of Europe and North America thereby putting tremendous pressure on the resources and culture of those countries.

If China invades India at least 300-500 miillion people can be wiped out who are mostly useless and a huge liability on the free world.

India wants the investment that the west gave China to make her rich and powerful, but I suspect a lot of that money will go to Bangledesh because they would be even cheaper.


If China invades India at least 300-500 miillion people can be wiped out who are mostly useless and a huge liability on the free world.

All the core problems of the world come from the west... destroying that would be an even better move, but probably not necessary as it is destroying itself.