I suspect that it's just 1 extra airfield to operate from, leaving nothing to chance.

I think that is a key point... it is an extra airfield... in other words all the existing ones are still there and operational, but this one a lot further north can be used... but why operate so much further north.

Well first of all I suspect all their work on new generation uniforms and equipment that is intended to operate in the Arctic, as well as the new prefabricated buildings like the ones they will deploy to the Antarctic and also use in the far east will probably make living in such places a lot more comfortable, and with new shipping routes passing by and also on the main land new ports to support the shipping route and of course new rail lines that connect to the main lines further south it is going to become a lot less isolated and lonely.

The two main drivers for Russia to look east and north to the arctic are the Chinese driven silk roads programme and therefore the Russian Northern Sea Route which is their contribution is one and the second the threat by the US to use AEGIS class cruisers with SM3 ABM systems in the Arctic ocean to attempt to intercept Russian ICBMs on their way to the US.

Building forward bases for planes that can operate with inflight refuelling and launch 2,000km range hypersonic anti ship missiles right now makes a lot of sense, and I agree having a few MiG-31BMs operating there would also be useful for patrolling that part of the North Sea Route.
For other MiG-31s hunting bombers and their cruise missiles it is another place they can land and refuel and rearm and continue their vital mission... it will obviously need S-500 and S-400 SAMs to protect itself as it will be a prime target...

Russian ships will already be patrolling the NSR so any foreign military ships wanting to sail through will obviously need permission as much of it is inside Russian waters.

The US can lease or buy as many ice breakers as they wish, they will still need Russian permission to operate in Russian waters with military ships.

The Arctic ocean is international waters, but the NSR goes along Russias coast in Russian legal waters... claiming the US has right of navigation is like suggesting the Pacific and Atlantic oceans are international waters too so Russian ships can sail up and down US coasts inside US waters as much as they like.
Tsavo Lion

but why operate so much further north.

Carrying out combat duty on the archipelago will significantly increase the reach of Northern Fleet fighter aircraft in the Arctic and significantly expand control of airspace over the waters of the Northern Sea Route.

From Rogachevo, the MiG-31BM’s approximately 1,500-km combat range would allow it to cover an arc from the northern Norwegian Sea, Svalbard, Franz Josef Land, and Severnaya Zemlya to the Taymyr peninsula. In other words, the entirety of the Northern Fleet’s Barents and Kara Sea bastion. https://russiandefpolicy.com/2021/01/18/arctic-interceptors/

Rob Lee
@RALee85
·
5h
Izvestia reports that the Russian MoD is forming a new coastal defense division in Chukotka as part of its emphasis on the Arctic and the Northern Sea Route that will cover as far as Wrangel Island. Its first regiment was stood up at the end of 2020.

Izvestia also notes that some MiG-31BM interceptors from the 317th Composite Aviation Regiment have now been permanently based in Anadyr's Ugolny Airport after reconstruction. Orlan-10 UAVs are also based there. 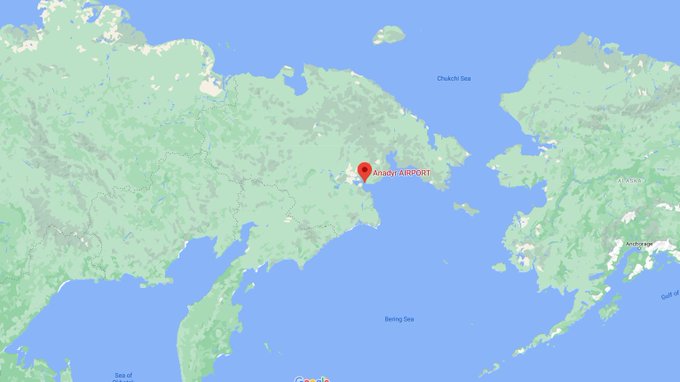 Tsavo Lion wrote:US deploying B-1 bombers to Norway to send a message to Russia

Message received in Moscow: USA is pissing its pants.

- USA pulls out of INF treaty


Am I taking crazy pills here?

B1 as a message? What kinda message is that? That move is a huge strategic failure
Tsavo Lion

It's also a message to NATO allies: our bombers can operate in Arctic even if our ships can't.

Tsavo Lion wrote:It's also a message to NATO allies: our bombers can operate in Arctic even if our ships can't.

I assume they have been sent to Norway to make sure that they can.
Tsavo Lion

Tsavo Lion wrote:It's also a message to NATO allies: our bombers can operate in Arctic even if our ships can't.

..as long as they are stored in nice warm hangars and get copious amounts of tender loving care from mechanics and technicians every time they go airborne.

The Bone is Back Too trouble-prone for nuclear alert and sidelined in the first Gulf War, the B-1 is today the busiest bomber in the fleet.
Backman

The Bone is Back Too trouble-prone for nuclear alert and sidelined in the first Gulf War, the B-1 is today the busiest bomber in the fleet.

The B52 and Bone are being replaced by the Raider. It remains to be seen if the Raider will be practical in those conditions
Tsavo Lion

So transferring the B-1B to Norway suggests it lacks the range for missions in the arctic against Russian shipping... I am assuming that is what its new role will be with some sort of hypersonic anti ship missile when it is ready to threaten and tease Russian shipping along the Northern Sea Route transporting goods from Asia to Europe.

The obvious problem is that the B-1B would be no better at penetrating Russian air defences than the much more stealthy B-2, so while it is faster... it is very much just an American Tu-22M3... so basing it in Norway will just make it vulnerable to S-400 based in Murmansk and on board new Russian ships.

They can move them there if they please.... nothing to stop them, but really it does not change very much at all except creates an argument for Russian IRCMs and IRBMs directed at those airfields to be nuclear armed and launched a bit earlier in a hostile situation...

Also the real threat against B1 is the MiG-31 and they are all more or less stationed in the Arctic.

Well, that is a very good point.... they saw the Russians move MiG-31s further north so they wondered what would they be doing up there all alone and lonely... hey... lets give them some transsonic bombers to shoot down.... because although the B-1B looks like a Tu-160... it is actually barely supersonic... unlike the Backfire or the Blackjack.

Russia Bolsters Its Arctic Defenses With MiG-31 Interceptor Rotation In The Far North
The airbase at Rogachevo has begun hosting Foxhound interceptors, and similar deployments are now planned elsewhere in the region.


Am I taking crazy pills here?

Actually they moved a bunch of stuff to Poland, isn't that closer?
mnztr

Backman wrote:
The B52 and Bone are being replaced by the Raider. It remains to be seen if the Raider will be practical in those conditions

B-52 is going to be around for another 20 years they are even re-engining it.
Tsavo Lion

B-52 is going to be around for another 20 years they are even re-engining it.

If they still have airframe life left in them, some could be transferred to the NAF.

Russia’s New ‘Arctic Offensive’: Do the Benefits Outweigh the Costs?

B-52 is going to be around for another 20 years they are even re-engining it.

If they still have airframe life left in them, some could be transferred to the NAF.

Russia’s New ‘Arctic Offensive’: Do the Benefits Outweigh the Costs?

They can build new sections at low cost. I suspect the Tu-95 will be around to keep it company.
GarryB

Building bases on their own territory is offensive?

What does that make US forces in Norway and Greenland?

Haha the US is always a welcomed guest even when the countrys legislature asks it to leave. The newest B52 is 50 years old. So yeah the newest Bear is brand new in comparison.
Sponsored content