The Russin naval infantry Will get t90 tanks very Soon Maybe they already have Them.

And being a sailor would certainly separate them from the average rank and file Army grunt...

We do know they are getting Mistral helicopter carriers with Ka-29 troop helos, Ka-226T multipurpose helos, and armed Ka-52 attack helos.
flamming_python

I suspect the Mistrals will go to sea with various loadouts depending on its primary mission but I can't think of any mission where it would require all attack helos.

For humanitarian missions it could carry all transport types (a mix of large and small) and certainly the Ka-62 would be useful on Mistrals, though the Ka-29 is a mature design with its nose mounted 30 cal gatling gun and 30mm cannon and four weapon pylons... the Ka-62 would have trouble matching that sort of payload.

I wonder if they will fit a chin mounted gun on the Ka-62... the twin barrel 23mm gun as fitted to the late model Hinds is an ideal helicopter gun as it has a good HE payload with low recoil and small compact ammo, while its high rate of fire means useful burst fire groupings rather than a stream of fire you get from low rate of fire weapons.

The difference of course is that the 23 x 115mm round is standard in aviation, but not so widely used in other areas.

However in the various things I have read about the new Kalashnikov arms company... it seems they are developing new ammo and new weapons up to and including cannon ammo and as I have mentioned a combined 14.5 x 114mm/23 x 115mm anti material rifle would be interesting... especially as they will make custom ammo for it... which means a SLAP 14.5mm round and perhaps even a SLAP 23mm round with smoothbore barrels and high velocity.
George1

The Ka-226T is as multirole as they come... it has detachable pods for different mission equipment.

Of course the Ka-62 is brand new so we really can't tell what they intend to do with it... the main negative is that tail rotor... which is never a good thing on a ship.

(note when hovering it is easiest to keep station by turning the whole helo into the wind and then having a slightly nose down attitude so you are flying into the wind at the same speed as the wind thus your position over the deck does not move except for the waves moving the deck of course... if the ship turns or the wind changes direction however the helicopter pilot will need to turn the helo to maintain position which can mean a tail rotor swinging around the deck with no notice at all... very very dangerous.

Ka-29, Ka-52, Ka-226T have no tail rotor... you might get knocked to the ground by the tail structure, but you wont get chopped up into sushi by a tail rotor.)

Yes I know the Ka-62 has a shrouded tail rotor but I still don't like it on a ship. 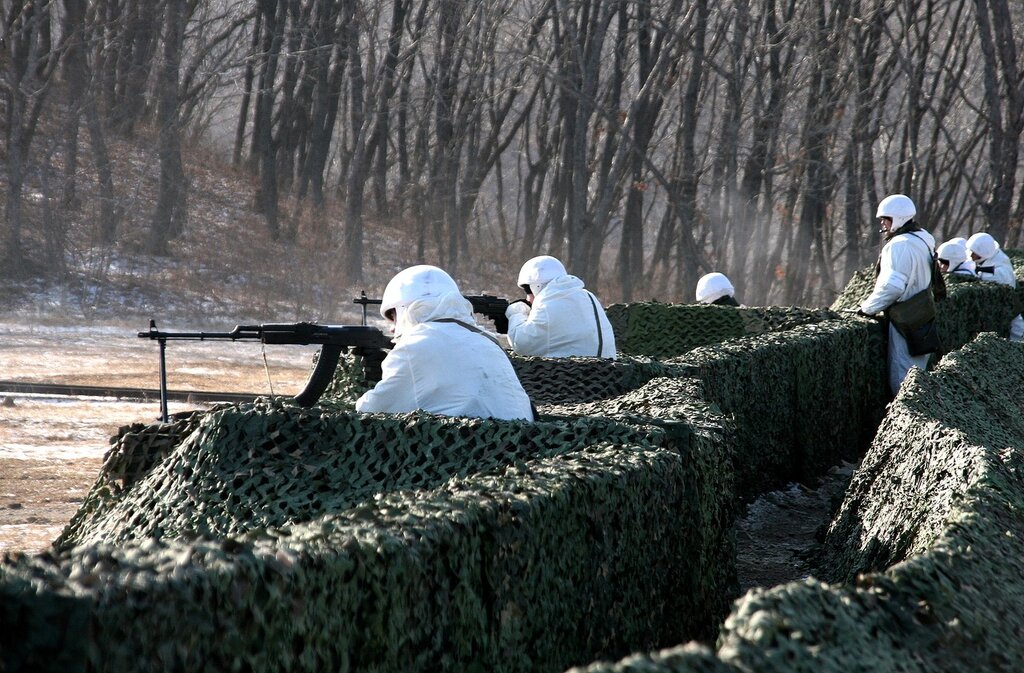 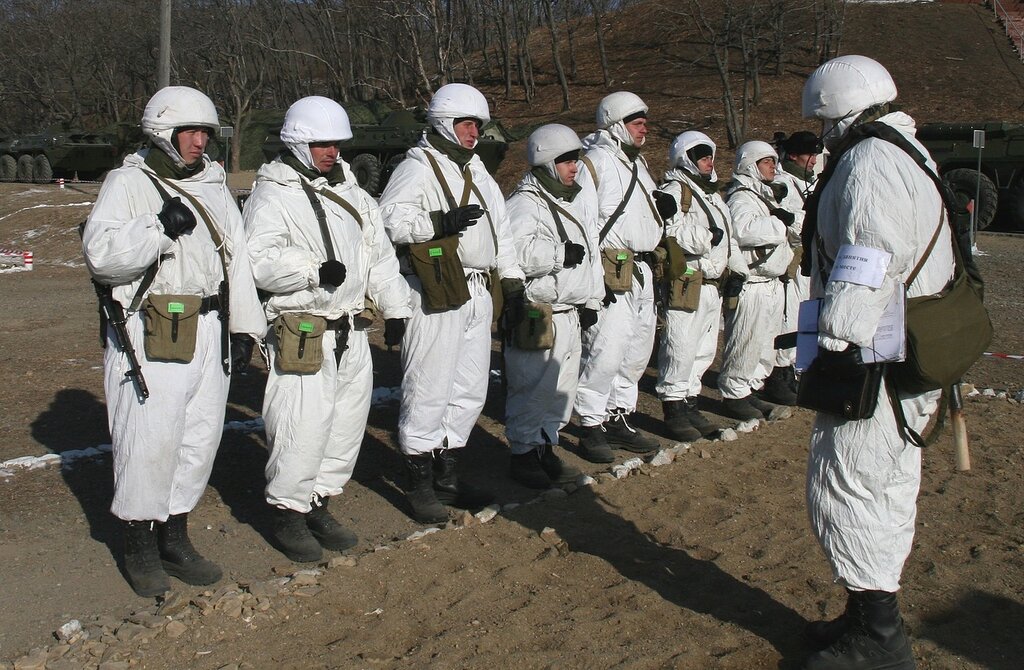 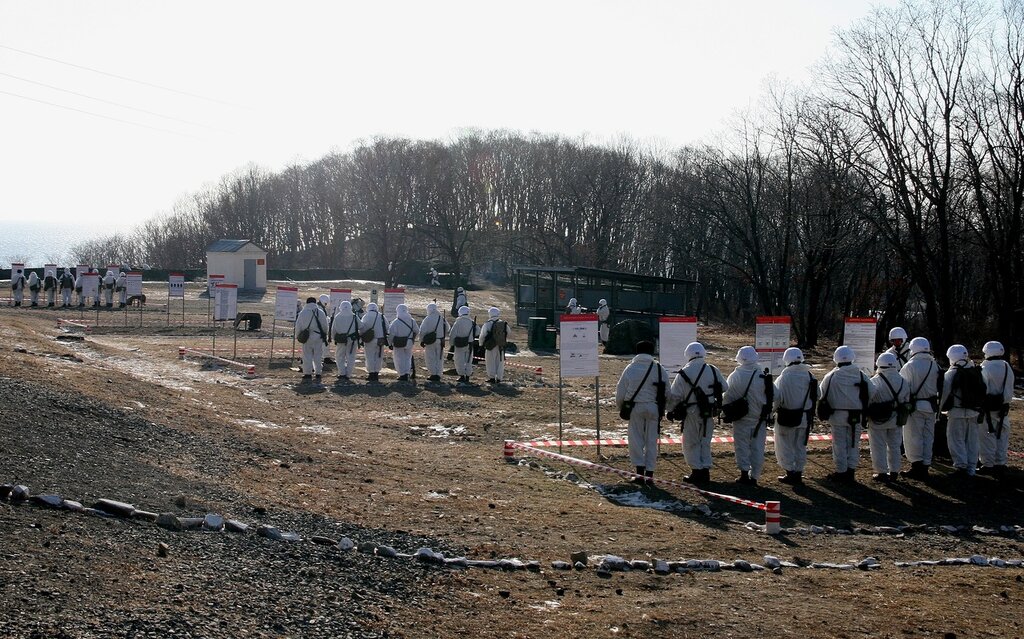 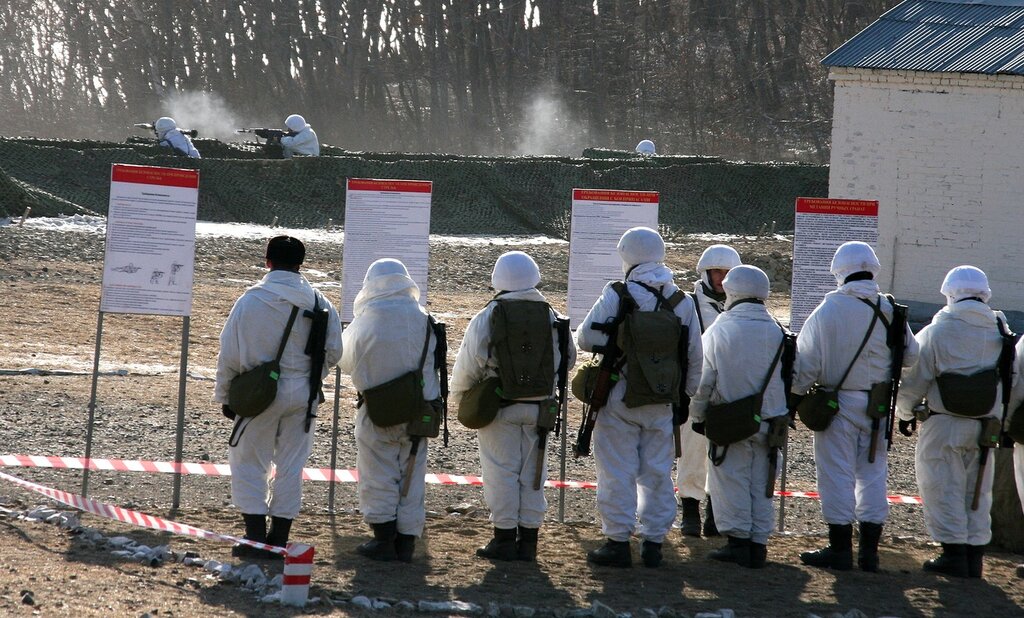 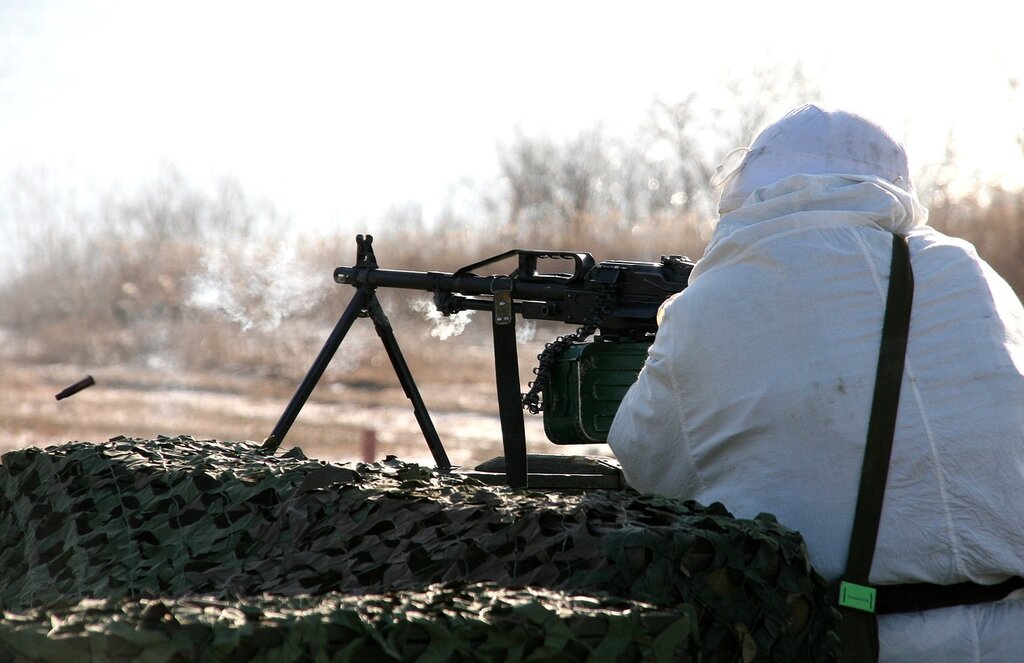 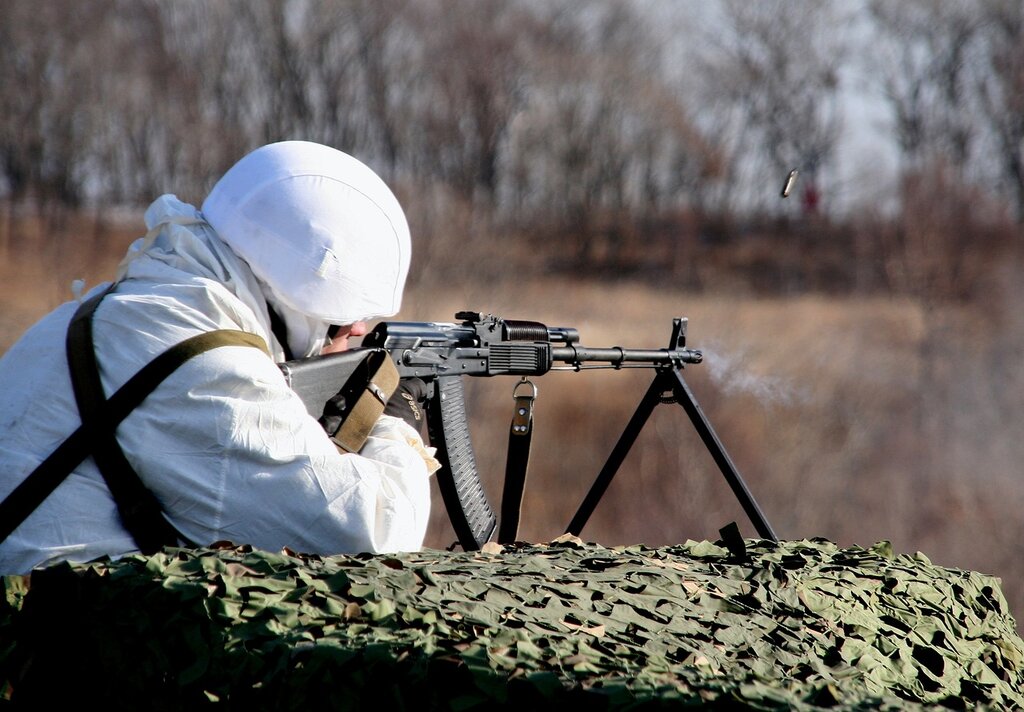 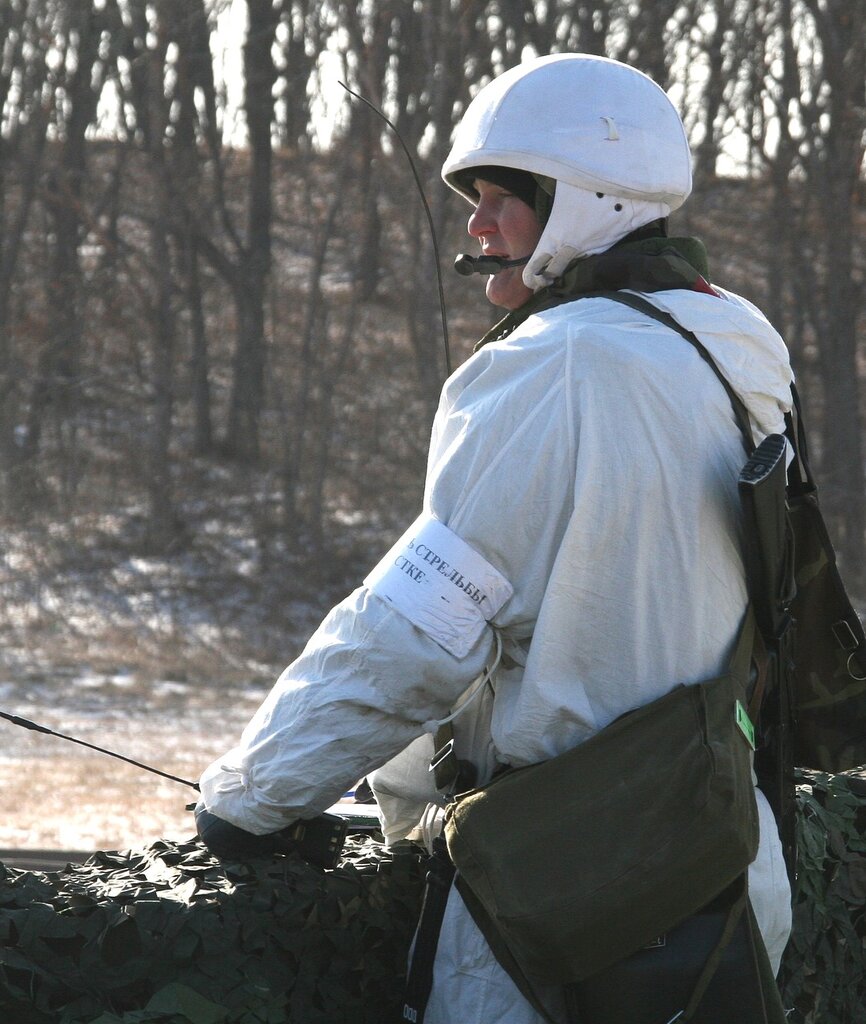 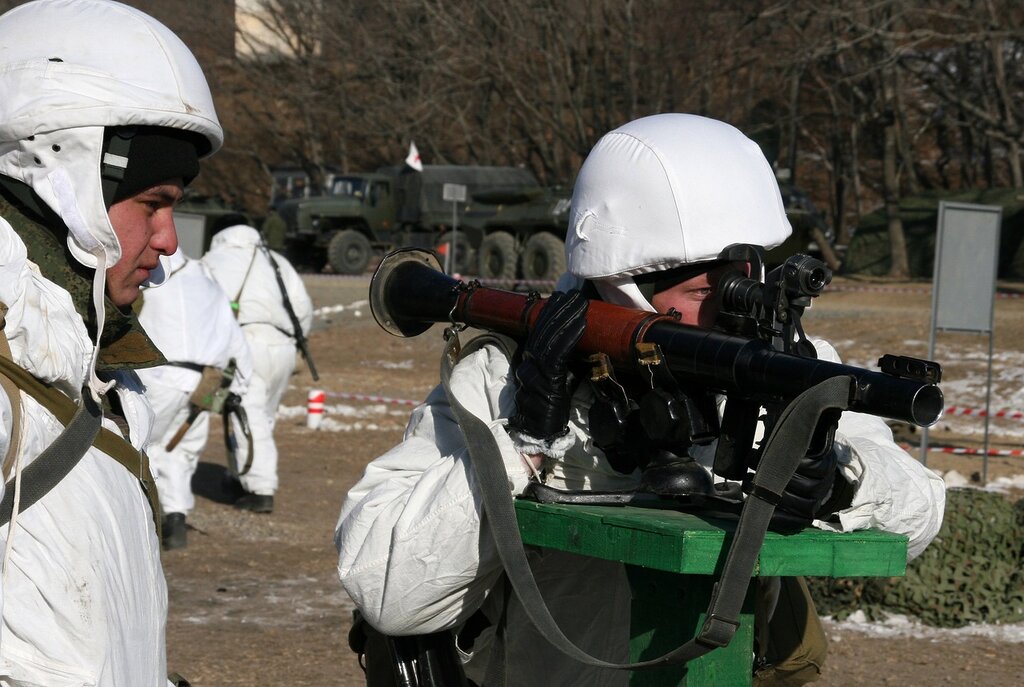 Rest of the pics:

I am not sure if there already was a post of this if there was i am sorry.

The Russian Ministry of Defense has formulated the specifications for the new amphibious armored infantry vehicle, which will conduct amphibious assault landings from the new French Mistral helicopter carrier. The Russian Navy Main Command requires that each vehicle would accommodate no fewer than 15 soldiers with their organic weapons and gear, and also mortars, automatic grenade launchers, portable air defense missile complexes and large-caliber machine guns.


The BMP-3F is currently the standard amphibious infantry armoured vehicle of the Russian Marine Infantry units.

"The vehicle must be of the proper size, much larger than the current BMP-2, BMP-3 and BTR-80. Consequently, its weight must total approximately 30 tonnes," Izvestiya's interlocutor at the Navy Main Command said.

The seamen's other requirements are - a mandatory passive defense complex (TNT blocks are attached to the armor from the outside so that, when a projectile hits, the directional counter explosion would absorb its destructive force). It is also desirable to equip the vehicle with an Arena type active defense complex (onboard launchers fire a hail of metal balls, which intercept a flying projectile at a distance of 25 meters).

Finally, the new naval infantry vehicle must totally support the amphibious assault force with fire and combat- all possible threats, including tanks and helicopters. Therefore, its weapons will not lag behind the BMP-2, which has a 30 millimeter gun, a 7.62 millimeter machinegun and an antitank guided missile launcher.

According to information from the Russian Ministry of Defense, the request from the Russian naval infantry battalions for both Mistrals and also the weapons have already been determined and, therefore, they decided to reject the advanced Kurganets-25 and BMP-3F amphibious armored vehicles.

Interesting, because at one stage they were talking about a modified Kurganets with better sea keeping performance and ability to operate in rough sea.

Sounds like they want a bigger vehicle with more internal capacity for troops.

Would love to see an extended body model of either boomerang or kurganets to retain commonality...
George1

Νοw that T-80s removed from service, what type of tanks Marines have? T-90s??
TR1

I have not ever seen Marines with these mythical T-80s in the first place....

Likely just upgraded T-72s till something new is available.
Flyingdutchman

The T-90 is a Russian third-generation main battle tank that is essentially a modernisation of the T-72B, incorporating many features of the T-80U (it was originally to be called the T-72BU, later renamed to T-90). It is currently the most modern tank in service with the Russian Ground Forces and Naval Infantry. [quote]
George1

KALININGRAD, May 16 (RIA Novosti) – More than 300 marines of the Russian Baltic Fleet conducted a training assault Friday on the coastline of a hypothetical aggressor in the Kaliningrad region, the fleet's press service said.

"We are practicing suppression missions on fortified coastal settlements of a hypothetical aggressor using naval firepower, landing operations on an unimproved shore, as well as warfare tactics with amphibious assault forces," the statement said.

In the near future, the soldiers are to finish their exercises and complete the combat training missions for marine and airborne training. Their final examination in combat training will be participation in battalion-level tactical exercises.

In addition to the marines, about 20 military vehicles are involved in the training, as well as several landing boats and the Mordovia, a Zubr-class air-cushioned landing craft, the world’s largest hovercraft design.

The Zubr-class hovercraft are designed to transport military equipment along with airborne units and to discharge troops on unimproved shores while providing suppressive fire. The ships are also equipped to lay mines.
George1

n late February 2014, at least one Black Sea Fleet assigned unit (at company level) was apparently using Tigr armoured cars near Sevastopol during the 2014 Crimean crisis. Later on during the same crisis [March 2014] imagery emerged of some Naval Infantry personnel carrying what appeared to be the OTs-14-1A-04 7.62x39mm assault rifle with an under-barrel G-30 40mm grenade launcher; A bullpup design normally associated with the Russian Airborne Troops, as well as Combat Engineering and Spetsnaz units.
zg18


Thanks to the advanced technique, the amount of practical training has been increased four times. To recruits feel confident in any situation, half of the exercises held at night. 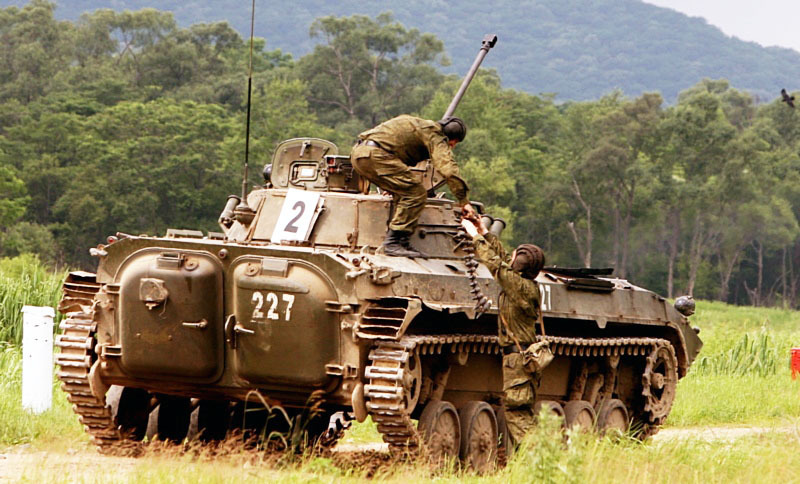 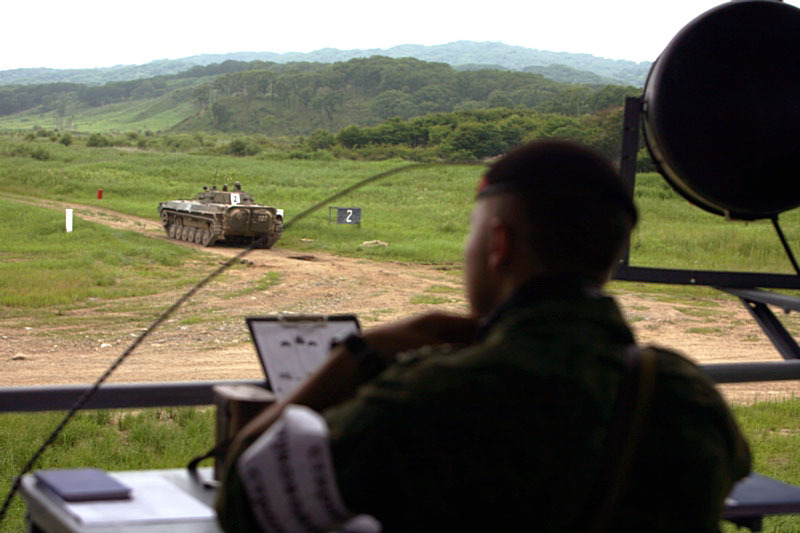 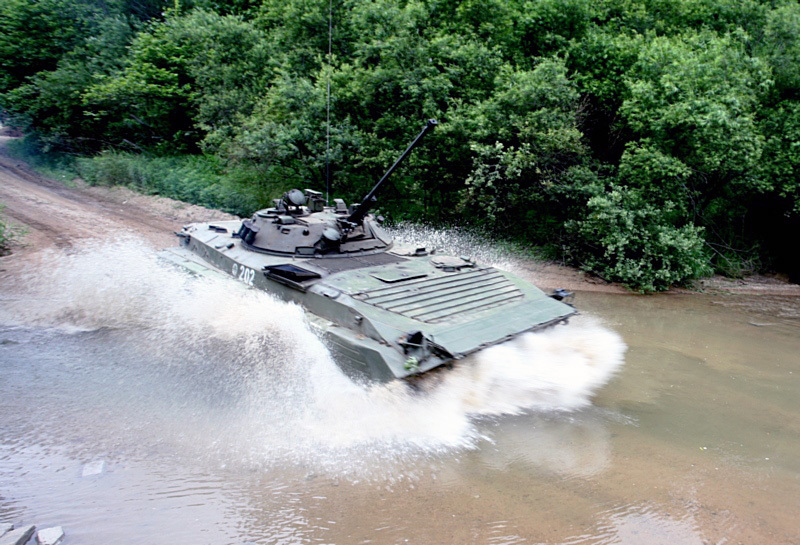 Is there any news About the new amphibious vehicles Russia was designing for use from the mistrals?

None really, beyond the comments about Kurganets in an upgraded amphibious version with improved sea keeping performance and better landing capabilities.
Flyingdutchman

GarryB wrote:None really, beyond the comments about Kurganets in an upgraded amphibious version with improved sea keeping performance and better landing capabilities.

That would be an awesome vechicle!!
George1

The Russian Marines mark the 309th anniversary on November 27. First Russian naval infantry force was formed in 1705 and since than has fought in numerous wars. Russian Marines are equipped with amphibious tanks, mobile anti-tank and anti-missile systems and automatic small arms to operate in any regions and in any weather conditions. The total number of Russian marines now stands at about 12.5 thousand people.
George1

MOSCOW, November 27. /TASS/. Marines of the Russian Black Sea Fleet will receive modern equipment and weaponry to ensure stability in the southern region, the commander of the Russian Navy’s coastal troops said.

“New BTR-82A armoured personnel carriers are provided for the troops, and the Baltic Fleet has received them. The Black Sea Fleet has replaced BMP-2s with BTR-80s,” he said.

Recently it was difficult to re-equip and re-arm the Black Sea Marines, but now it is possible, and it will be carried out to ensure stability in the southern areas. There will be no unbalance, Kolpachenko said, adding that the marines and costal troops of the Black Sea receive modernized missile artillery weapons, including modern howitzers.

New Kamaz and Ural vehicles are also provided for the troops. Seventy to ninety percent of all their vehicles have already been replaced with new ones, the general said.

A new amphibious combat vehicle for Russia’s Marine Infantry will be created by 2050, commander of the Coastal Defense Forces, Major-General Alexander Kolpachenko said on Thursday.

“The Russian Marine Infantry develops with other components of the Navy. The long-term development allows us to build our forces thoughtfully. For example, we’re planning to create a high mobility amphibious combat vehicle for operating in any regions and in any weather conditions, including in the Arctic area,” he said.

“The Marine Infantry is mobile, well-equipped and trained for operations in amphibious assaults. The Marine demonstrates its skills in exercises and marches to ensure Russia’s national interests in all oceanic theaters of military operations,” Kolpachenko said.

The Russian Marines mark the 309th anniversary on November 27.
George1

The number of Marines of the Northern Fleet will be increased by about a third. On the basis of these units will be a separate command of the Russian army in the Arctic.
Sponsored content