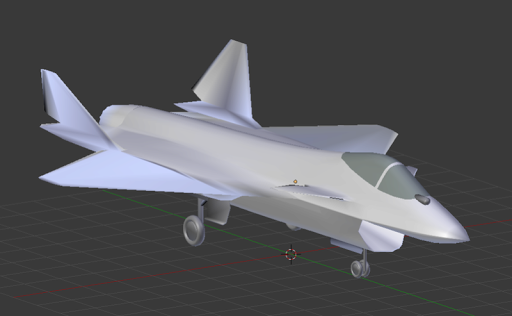 During an interview with the Deputy Prime Minister of Russia for the defense industry Yuri Borisov to RBC correspondents, a model of a new single-engine fighter accidentally fell into the frame of operators. The head of Rostec, Sergey Chemezov, spoke about the development of such a combat aircraft at the beginning of December.

As conceived by Russian designers, the new combat aircraft should include the possibility of unmanned control. At the same time, Chemezov noted that the corporation has not yet received an order from the defense department for the development of such a fighter, but Rostec is confident in the feasibility of creating such an aircraft, the project of which can also be implemented with the help of foreign partners with further plans to sell the fighter in foreign markets.

Three years ago, the Minister of Industry and Trade of the Russian Federation Denis Manturov spoke about the plans to develop a light single-engine fighter of the fifth generation. According to the head of the United Aircraft Corporation (UAC) Yuri Slyusar, Sukhoi Corporation and RSK MiG will participate in the project.

According to Aleksandr Vatagin, executive director of UEC-Klimov JSC, the Russian military-industrial complex may resume the production program for light jet fighters, the engine for which can be created on the basis of the existing RD-33. The Air Force of the Russian Federation refused to create such a combat aircraft in the 90s of the last century - then the Su-17M, MiG-23 and MiG-27 in various modifications were in service.

Oh shit, my model again as if it had something to do with Borisov's one

Now I understand how the news end up filled with crap...

Oh shit, my model again as if it had something to do with Borisov's one

Now I understand how the news end up filled with crap...

Sure it is, it was published in this same thread two and a half years ago, but some forums and sites posted it in relation with the Borisov picture and now journos are doing the rest, confusing it all... it is amazing so see that happen with something you have created you know?

Regarding the lack of single engine planes in Russian military, this is the S-56, a very interesting proposal by Sukhoi. Pictures and patent by Paralay and flateric 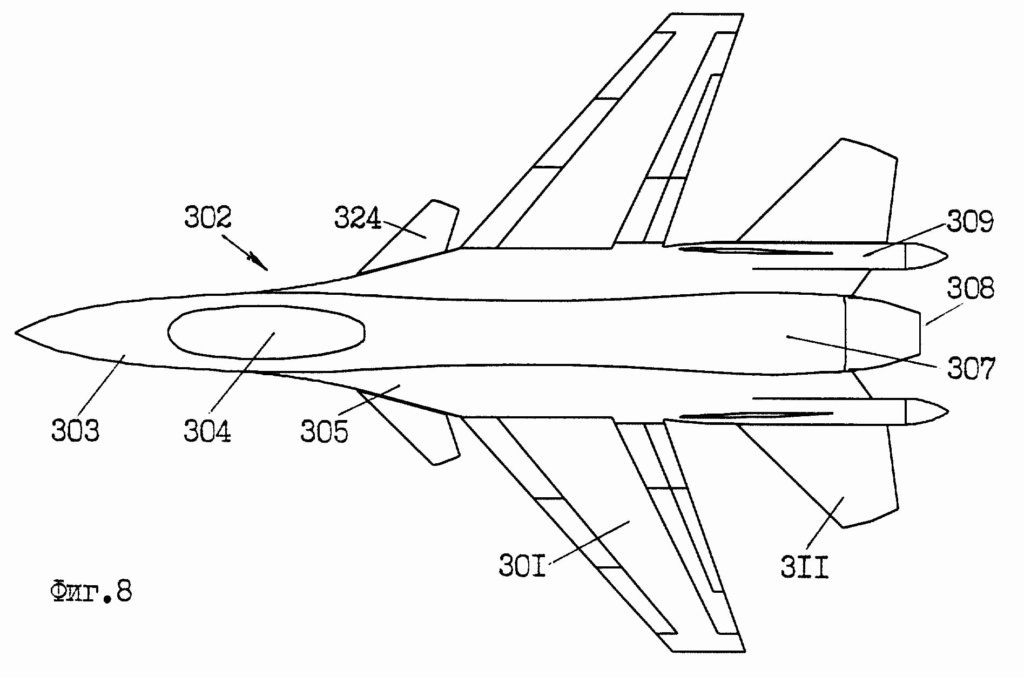 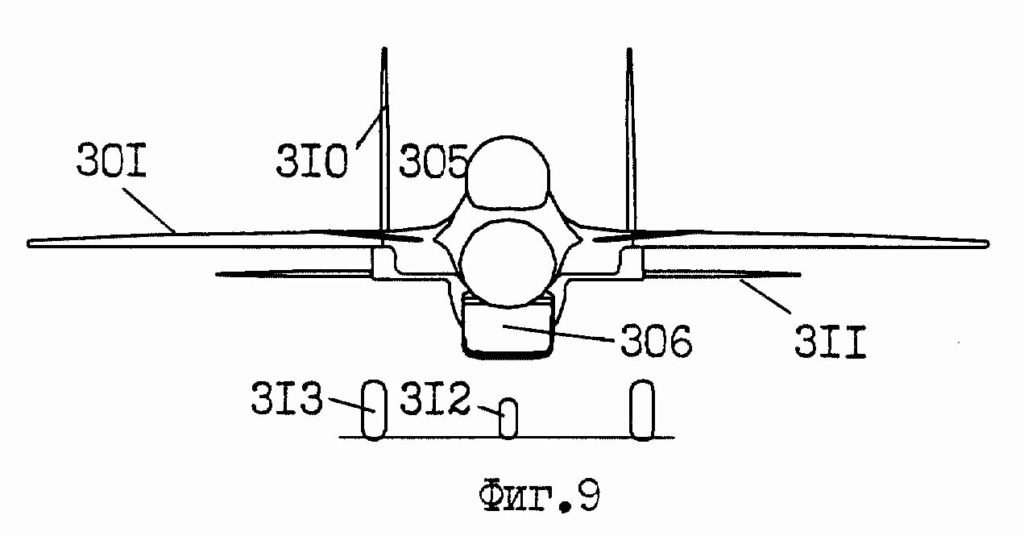 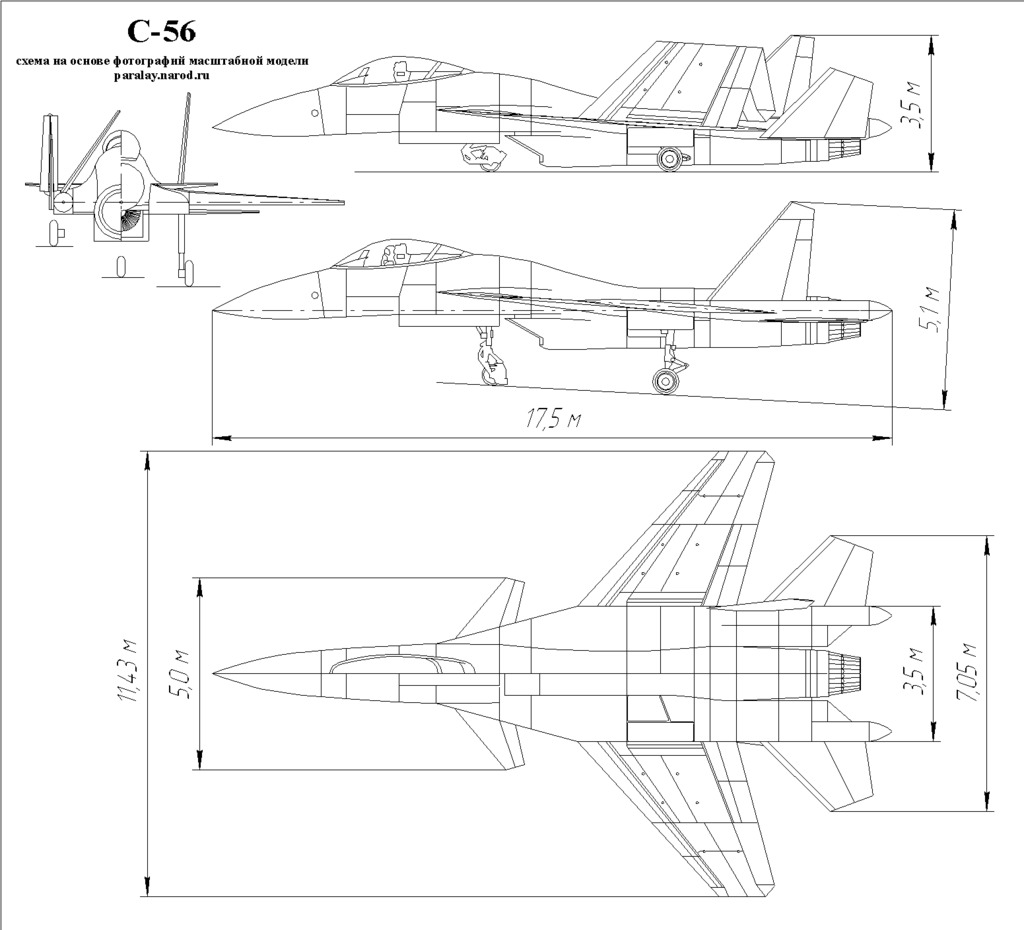 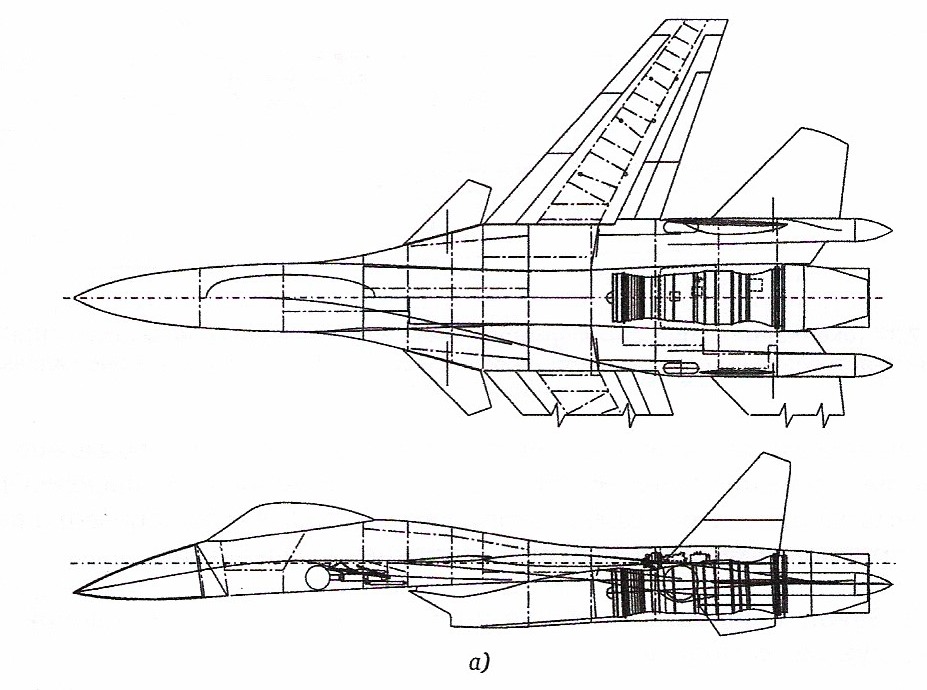 That's an old design. It's just an amputated su-27.
LMFS

Isos wrote:That's an old design. It's just an amputated su-27.

Nobody said it was new, it is widely known that S-54/55/56 are a relatively old series of Sukhoi models.
TMA1

love that design. reminds me of the mikoyan project 33, the single engine fighter. was partly the inspiration for the jf-17
LMFS

Butowski is well informed, this cannot be denied...

Light Strike Aircraft, With or Without Pilot

RSK MiG, and Sukhoi too undoubtedly, are conducting conceptual work on variants of lightweight tactical combat aircraft. They all have a lower status than the PAK DP project, given there is no procurement or government financing for the variants under study.

Sergey Chemezov, the CEO of Rostec, to which UAC, RSK MiG and Sukhoi belong, told reporters in early December 2020 that the corporation is developing the concept of a fifth-generation fighter “in the light- and medium-weight class.”

“This could be a universal platform in manned and unmanned versions,” he added. On Dec. 16, 2020, Andrei Yelchaninov, deputy chairman of the Military-Industrial Commission board, told the Izvestia newspaper that “MiG is working on the creation of a light strike aircraft, which can be either manned or unmanned.”

Both Chemezov and Yelchaninov underlined that the work “is conducted on an initiative basis and is not funded by the state.” They also emphasized the export orientation of this project and possible cooperation with a foreign partner.

One of Russia’s possible partners is the United Arab Emirates (UAE). In February 2017, during the IDEX 2017 exhibition, Chemezov announced that Russia and the UAE had agreed to jointly create a new-generation lightweight fighter. Chemezov proclaimed the signing of an appropriate contract later that year.

The aircraft would be produced in the UAE and was intended for the UAE Air Force and neighbor services. In the following years, apart from a few general declarations that the project is up to date, details were not available.

The official strategy of UAC for 2016-2035 was published in December 2016. That document interchangeably uses “LFI,” an acronym translated as Lightweight Tactical Fighter, or “PLIB,” translated as the Future Lightweight Fighter-Bomber, as the names of this program.

In 2018, the United Engine Corp. (UEC) said in a presentation that the LFI/PLIB’s powerplant could be a single “izdeliye 30” turbofan developed for the Su-57 fighter. According to the same presentation, two modified “izdeliye 30” engines would be used to provide propulsion for the PAK DP.

The RSK MiG uses the acronym “LMFS” for its lightweight fighter project. In December 2019, RSK MiG ordered TsAGI to “calculate the aerodynamics of a lightweight multifunction tactical aircraft (LMFS) in a twin-engine configuration” and compare it with foreign counterparts. One of the known RSK MiG LMFS designs is a canard that has a large delta wing, with small control surfaces at the rear and on the sides of the engine nacelles. It has a maximum takeoff weight of 24,500 kg (54,000 lb.) and is designed to reach speeds of up to Mach 2. The ferry range with additional fuel tanks will be 2,160 nm, and the basic weapon load is to be carried inside the fuselage.

The current conceptual work on the RSK MiG LFMS is a continuation of the LFI lightweight tactical fighter program launched by MiG as early as 1986. The LFI fighter was later refreshed in the form of the E-721 project for the purposes of the PAK FA stealth fighter program. In 2002, the MiG E-721 lost the PAK FA competition for the Sukhoi T-50 project, the present Su-57.
Big_Gazza

...except that he makes this clunker of a BS statement


Current trends in the Russian economy and the aviation industry indicate that Russia will not be able to afford such an aircraft.

In December 2019, RSK MiG ordered TsAGI to “calculate the aerodynamics of a lightweight multifunction tactical aircraft (LMFS) in a twin-engine configuration”

And the new British et al 6th gen fighter the Tempest is a twin engine design too...
LMFS

Big_Gazza wrote:...except that he makes this clunker of a BS statement

Do you expect Western media to publish 100% neutral materials? That would be catalogued as Russian disinformation!

And the new British et al 6th gen fighter the Tempest is a twin engine design too...

Yes, this was known. What I did not know is that UEC had officially proposed the izd. 30 for the singled engine light fighter (the mention of the modified izd. 30 for the PAK-DP is also worth attention as per our discussions about the supercruising interceptor) and that what Butowski refers as the known aero layout of the LMFS is the same, LMFI based one with control surfaces ahead and after CoG I chose too. Canards and that you know...

As to Tempest, it is the ugliest, most hyped fantasy crap I have seen in my life and I pray anything Russia does is as different from it as possible...
Sponsored content