South Africa and Brazil will jointly produce a missile air-to-air
21.07.2009

At the same time, Brazilians intend to apply for the F-5 fighters, as well as future combat aircraft FX-2, while the Gripen is also a party to an international tender announced by Brazil. Planned that the new missiles in South Africa will develop an arsenal of the Brazilian Army in 2015.

As the publication of South Africa is one of five states that are able to develop and produce air-to-air "fifth generation. Their field trials, according to the representative of Denel Dynamics, to begin in November 2009. In mid-2011 the military will first use them as weapons fighter Gripen.

Brazil will launch its first nuclear submarine in 2021

The first atomic submarine, Brazil will be launched in 2021, said on Thursday Brazil's Defense Minister Nelson Jobim. It is reported by news agency Xinhua.

According to the Defense Minister of Brazil, the submarine will not carry nuclear weapons, but without significantly enhance the effectiveness of deterrence naval forces.

Brazil has more than one decade intends to become the first Latin American country with an atomic submarine fleet. Special program to build a nuclear submarine was established by the Government in 1979. In 1994, funding for the program was minimized. In 2007, Brazil's President Luiz Inacio Lula da Silva announced the resumption of its funding.

Battisti freezes approval of military accord between Brazil and Italy

ROME, Rio and Brasilia - The Italian parliament decided to bar the approval of the military cooperation agreement between Italy and Brazil. The House of Representatives resolved unanimously to refer back to committee the text of the agreement, which delays the entry into force of the business. According to news agency ANSA, the measure is seen as a retaliation to the decision of former President Lula not extradite former Italian activist Cesare Battisti Sentenced to life imprisonment in his country for four murders committed in the 1970s, a time when part of the group Armed Proletarians for Communism (PAC).
(Understand the case Battisti)

However, the rapporteur of the committee outside of the camera, Fiamma Nierenstein, which proposed to bar the approval of the agreement, says the decision is "a pause for reflection to avoid manipulation of the case Battisti.

- The postponement of the parliamentary debate, I decided to propose to the heads of all parliamentary groups in no way entails a renunciation of retaliation and a cooperation agreement or bilateral relations with Brazil. It is necessary, given the tension that comes from Battisti case, to avoid any kind of manipulation "- says Fiamma Nierenstein.

Italian Foreign Minister Franco Frattini said last week in an interview with TV Globo, which hardly the military accord between Brazil and Italy would be ratified in January as scheduled. Declaration that led to a paradox, because the Minister was contradicted by an official note from his own ministry.

"Frattini said that there is not the ideal weather in January to ratify the economic and military agreement with Brazil," but "the agreement remains fully valid." Not true - the statement said Italian Foreign Office - that the military partnership between Italians and Brazilians can not be signed until the outcome of the case Battisti.
Military cooperation agreement would be a "compensation" for the case Battisti

Another paradox of the Italian parliament's decision is that the package was decided war between the two heads of government of Brazil and Italy just as "compensation" for the case Battisti. The Brazilian government's refusal to surrender to justice Battisti Italian to fulfill his sentence would have been "compensated" with the signing of a military partner.

Under the agreement, Italy provided through a joint venture between two major Italian companies in the marine sector, Finmeccanica and Fincantieri, a partnership proposal to build in Brazil, with full transfer of technology, type FREMM frigates, patrol vessels Ocean Commander Class and logistical support Class Etna. The package is estimated at $ 3 billion, but actually it is not clear that the final figure could reach.

The Italian Members also vote on the 18th, a motion presented by the Union of Democratic Centre (UDC) for the extradition of Battisti.

Last week, Prime Minister of Italy Silvio Berlusconi, assured that the episode will not affect the good relations between the two paísesa Despite being willing to take the case to the International Court of Justice in The Hague.

Attorney-General hopes that STF Battisti release after the recess

The attorney general of the Union, Luis Inacio Adams said on Tuesday that the government's expectation is that the Supreme Court allow Battisti to continue in the country and is released from the Papuda Penitentiary, in the federal capital, where he is trapped in preventive since 2007, although the Brazilian government to recognize their status as political refugee.

With the end of the recess of the Judiciary in February, the Supreme will return to discuss the process of extraditing Battisti, analyzing petitions presented by the defense of ex-militant , Which requires that he be released, and Italian government Requiring the extradition. It will also be assessed a popular action, in which Congressman Fernando Franscischini (PSDB-PR) requesting the suspension and annulment of the decision of President Lula . The rapporteur of the process is the Gilmar Mendes.

Although it has authorized the extradition of Battisti, even the Supreme Court in November 2009, decided that the last word on the delivery or not former activist of the Italian court would be for the president, subject to the terms of the extradition treaty signed between the two countries. Still, last Thursday, the request to deny that the guerrilla was released , The presiding judge, minister Cezar Peluso, reaffirmed see no reason to suppose that, if extradited to Italy, Battisti will suffer persecution or discrimination.
DEM will bring a suit before the Supreme Court in defense of the stay in Brazil Batistti

The DEM said it will judge on Wednesday a direct action of unconstitutionality before the Supreme Court (STF) against the advice of the Attorney General of the Union (AGU) defending the permanence of Battisti in Brazil. The opinion upheld the decision of former President Luiz Inacio Lula da Silva - who, on December 31, denied the extradition of former activist government of Italy.

The treaty signed between Brazil and Italy require the extradition of persons who have been convicted or that respond to process in their country of origin. The exception is for the risk of political persecution of the accused. This device was that the case included the AGU Battisti.

In the lawsuit, the DEM argues that only the Supreme Court may dismiss a case for extradition. In 2009, the Court dismissed the case. For most, the ministers authorized the extradition, but gave the president the last word.

The President of the DEM, Mr Rodrigo Maia (RJ), considered absurd that Lula's decision has been taken based on reports in the Italian press. In its opinion, the AGU cited these stories to try to prove political persecution Battisti.

- In the rush to try to demonstrate a possible prosecution Battisti, the opinion was based solely on news reports, that according to Supreme Court, are not robust evidence for absolutely nothing - said the parliamentarian.

More good news for France. Brasil bans UK ships, now Italy screws themselves out of military cooperation by bitching about some nobodies release. French FREMM is a shoe-in along with Gowind corvettes.
Cyberspec 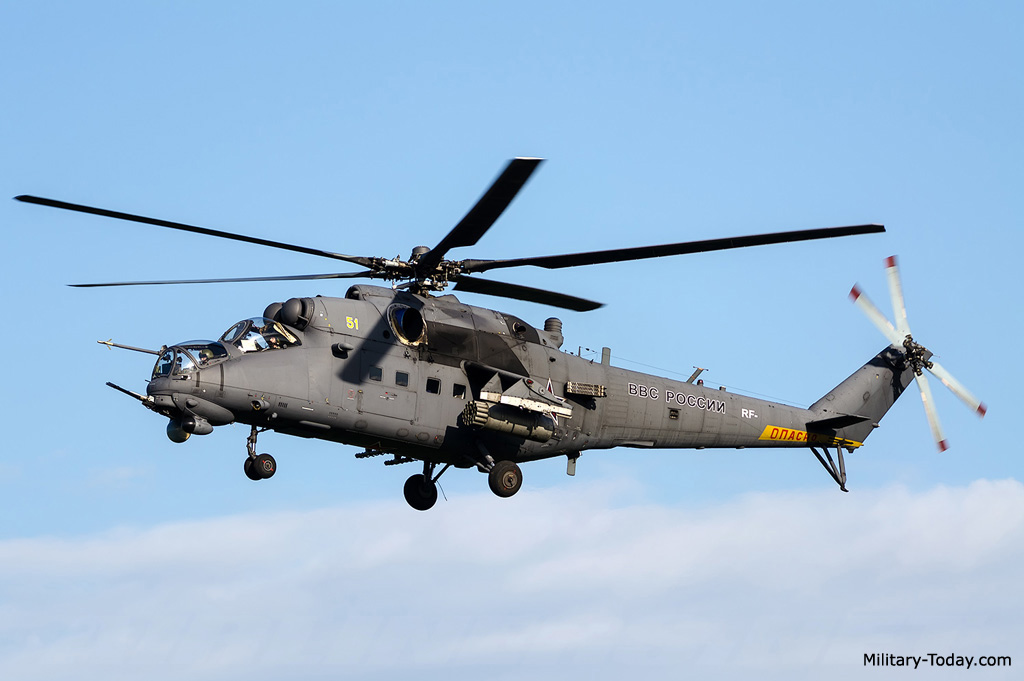 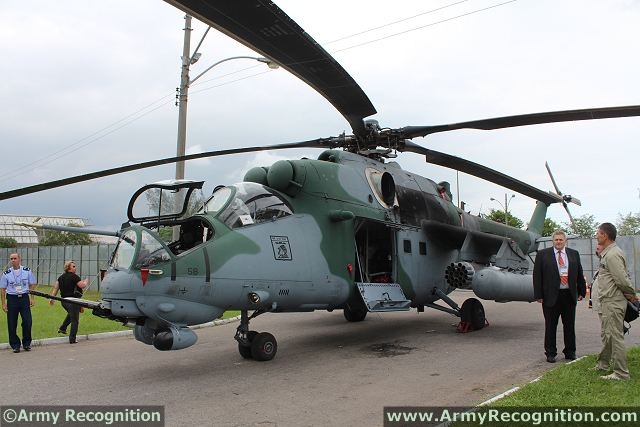 In the last two weeks, the AFB Florianópolis hosted the largest simulated training of Search and Rescue (SAR) in Latin America. The following link brings an extensive and complete report with a lot of photos and information about training. I hope you enjoy and I count on your visit. 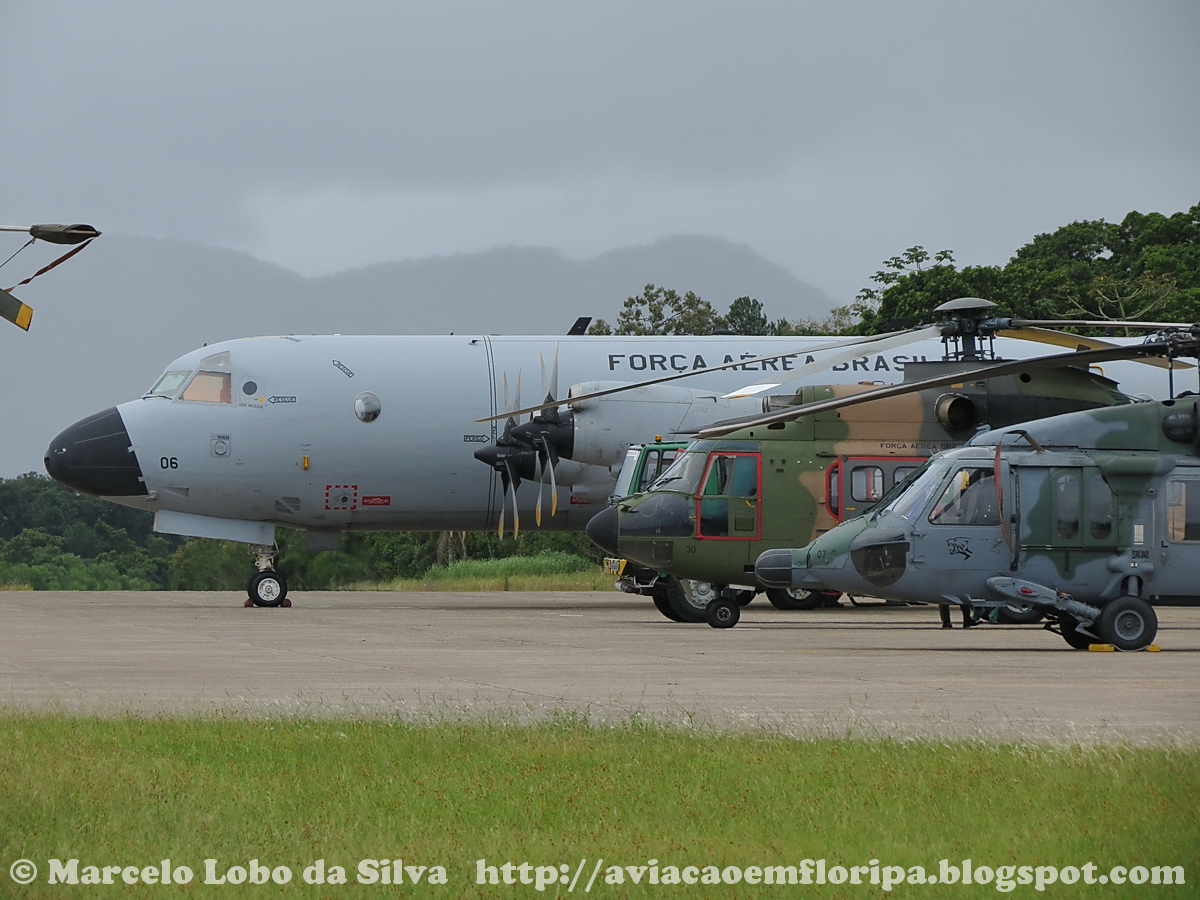 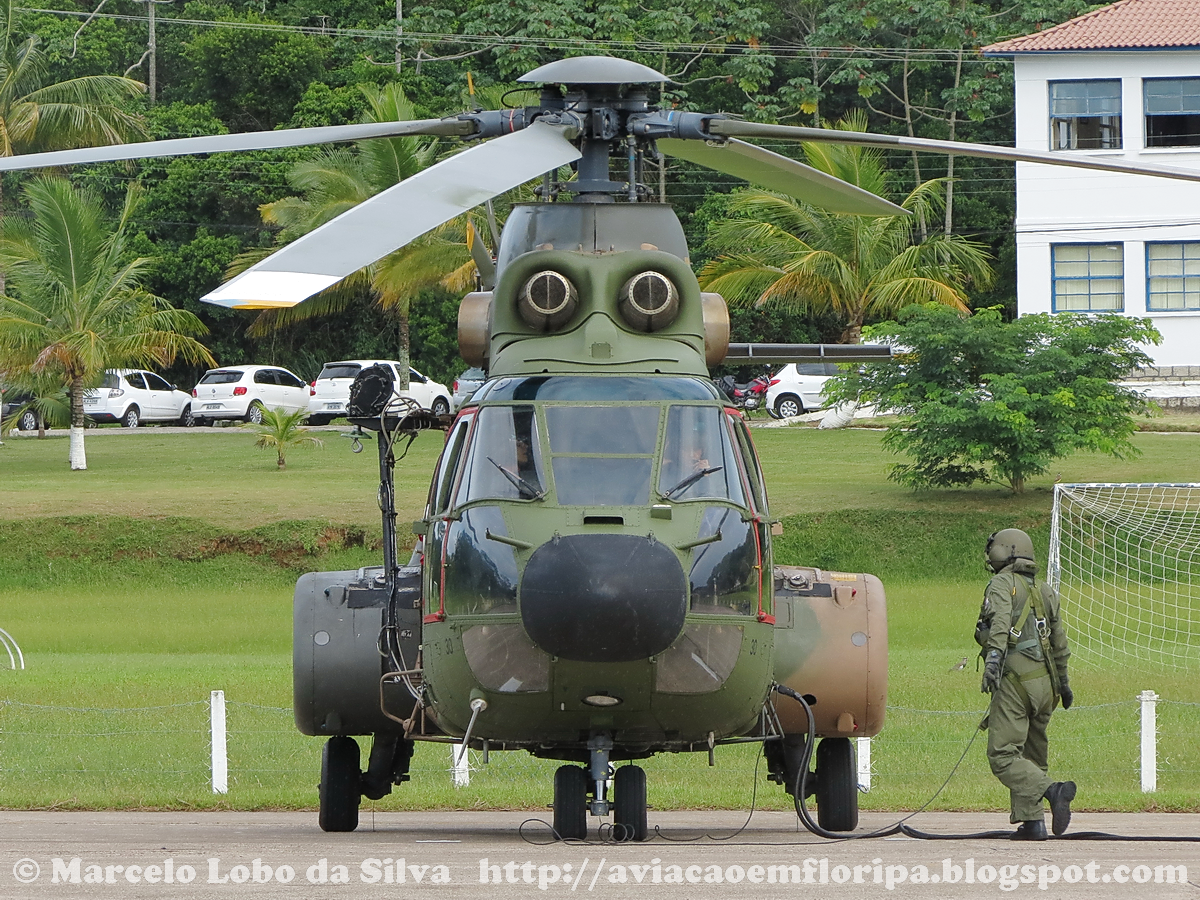 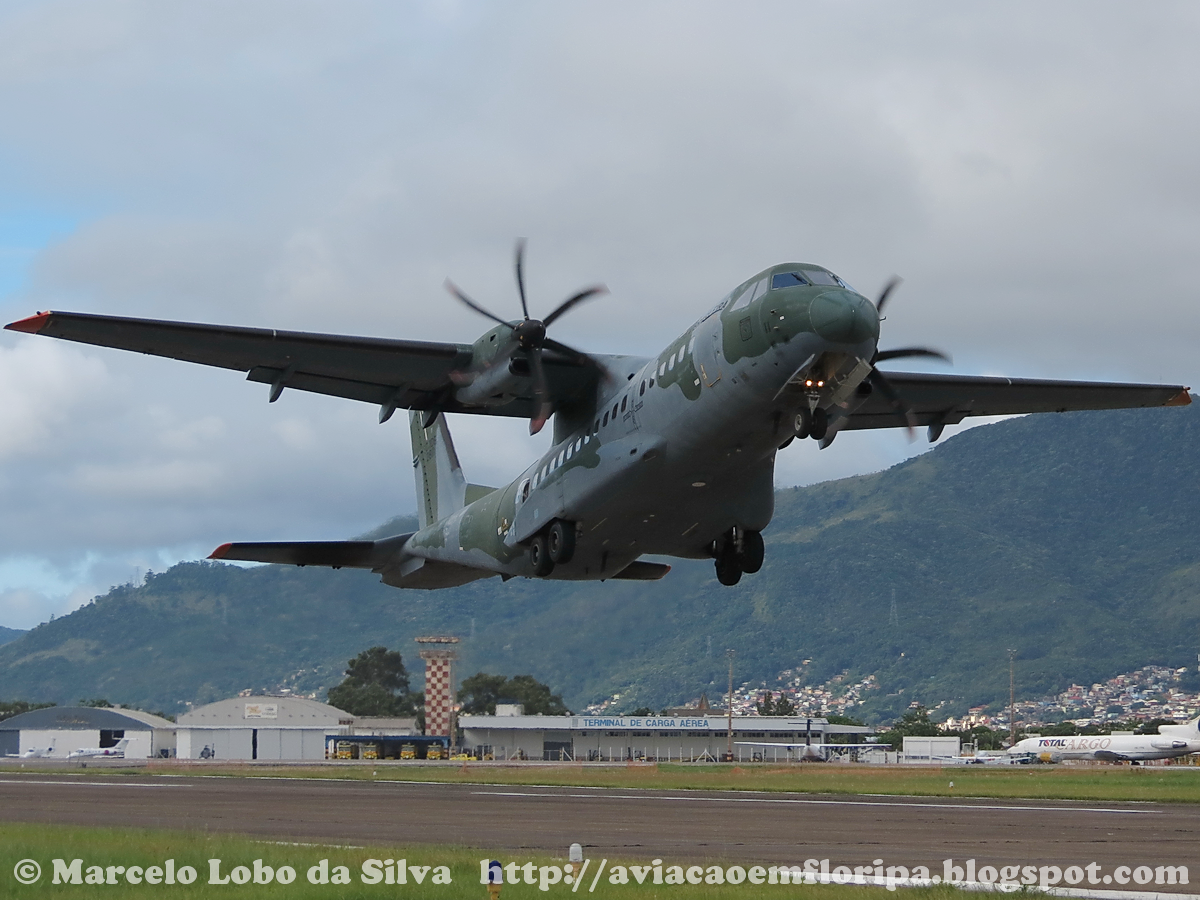 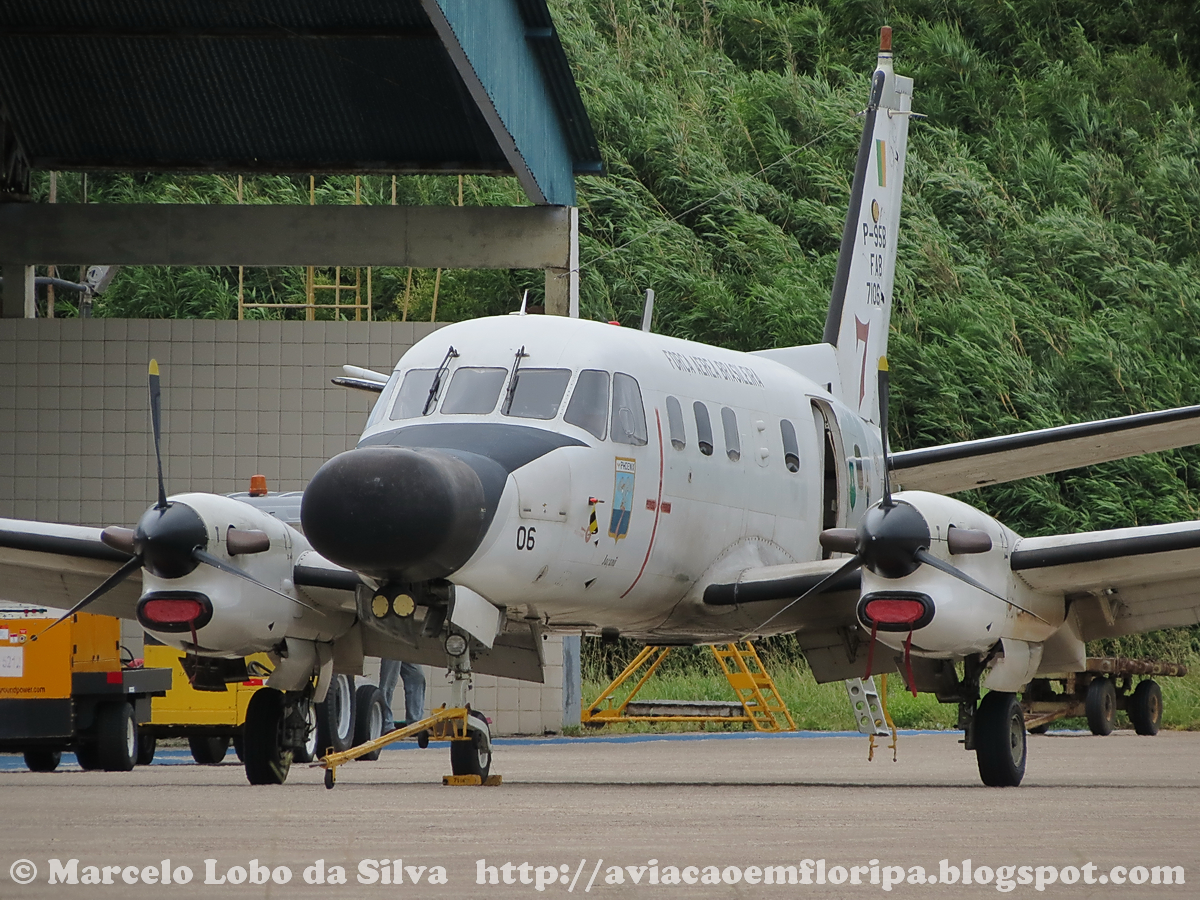 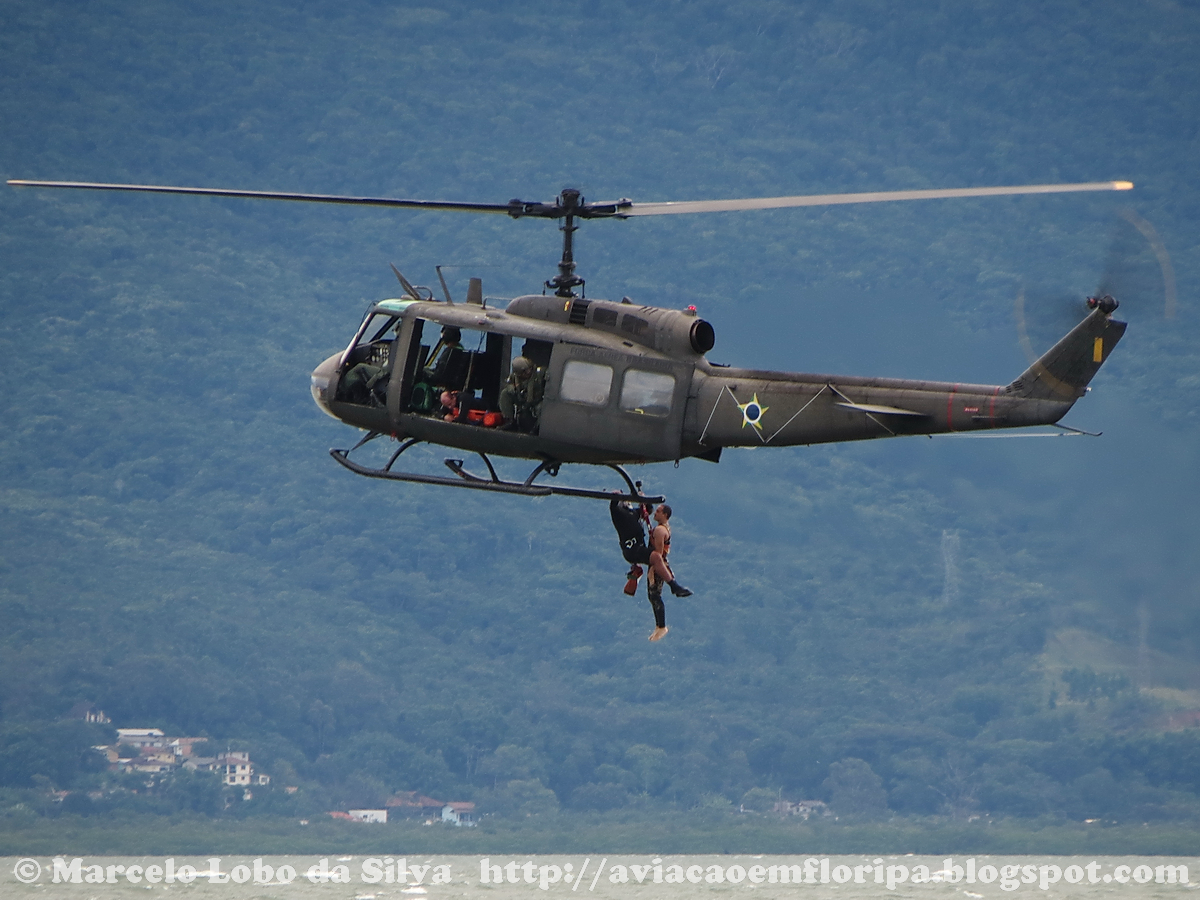 According to Sputniknews in Portuguese, Brazil officially cancelled the agreement with Ukraine to launch form the base of Alcantara, Maranhao, the Cyclone-4 rocket. The Ministry of Foreign Affairs sent a letter to the Ukrainian ambassador, Rostylav Tronenko, stating the decision of the Brazilian government. Site Defesanet.com published the text, dated July 16 and signed by the Brazilian FA Minister, Mauro Vieira.

Today, July 29 2015, police agents searched for documents confirming suspicions of irregularities in the implementation of the programme of submarines for the Brazilian Navy, which provides the launching of a nuclear propulsion model by 2025; the contract, signed in 2009 by the then Presidents Brazil's Lula and France's Nicolas Sarkozy is part of a military agreement Brazil-France worth 6.7 billion euros.

Brazil announced in September 2015 the establishment of a Monitoring and Support Group and a Delivery Group to assist the vessel's transfer process.
max steel

"Brazil’s prosecutors have reopened a probe into allege corruption in the deal for Gripen fighters. The investigation last year came to an end due to a lack of evidence. Federal prosecutors now say they have obtained new evidence that came from a investigation into tax fraud."

The Brazilian Navy on 10 March incorporated the NDM Bahia (G 40) landing platform dock (LPD) during a ceremony in Toulon, France.

The Foudre-class ship was formerly in service with French Navy as FS Siroco (L 9012). Brazil purchased it under an EUR80 million (USD89 million) contract that also included landing craft, training, spares, and organic armament including launchers for MISTRAL very-short-range surface-to-air missiles. Bahia was provisionally commissioned by Brazil on 17 December 2015.

The amphibious ship is expected to depart for Brazil soon.

Bahia 's maintenance and engineering work was done by French shipbuilder DCNS through an EUR7.5 million contract signed in December 2015 by the Brazilian Navy's Directorate of Naval Engineering.

Despite budget difficulties, the Brazilian Navy is maintaining its plan to buy 11 surface combat ships to modernise its fleet, a service spokesperson told IHS Jane's .

However, due to budget constraints, no decisions associated to PROSUPER are to be made in 2016, the navy's spokesperson told. 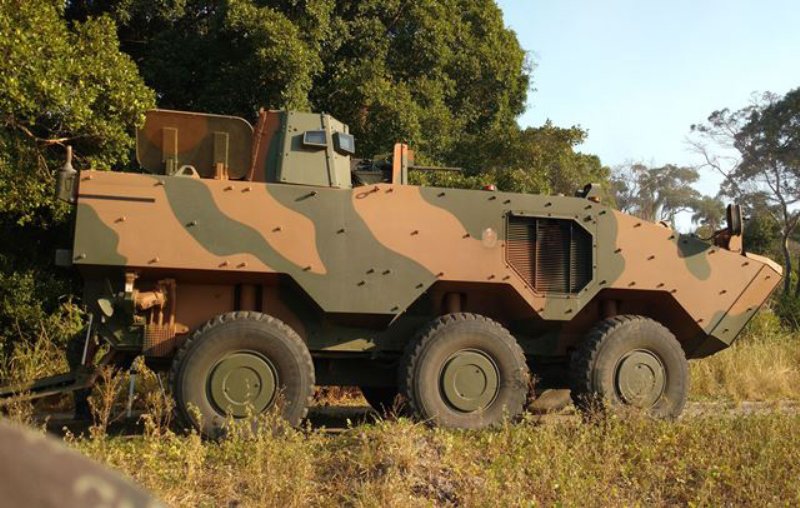 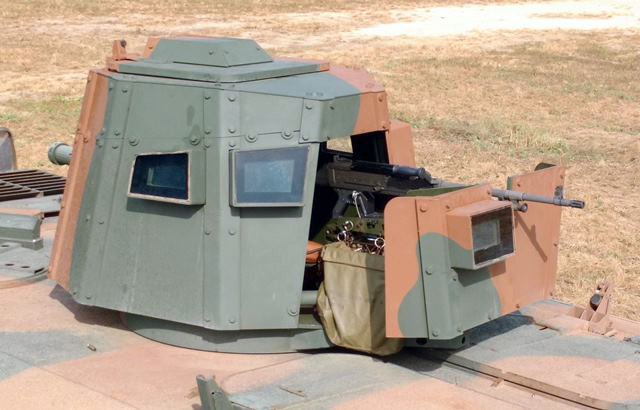 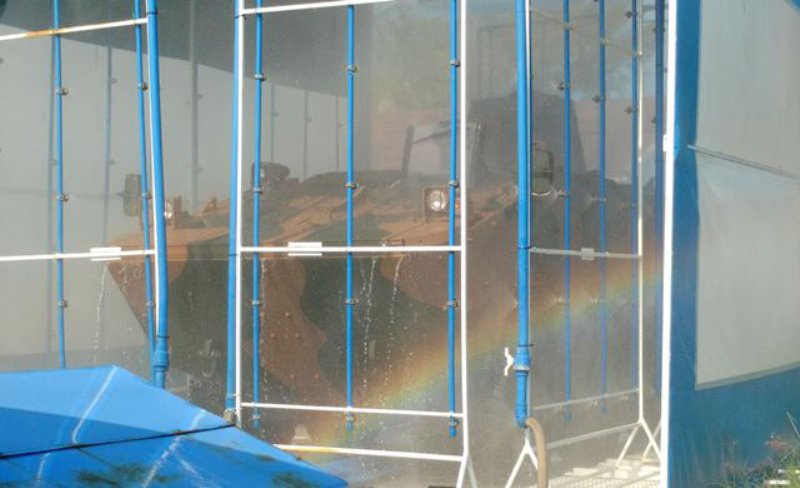 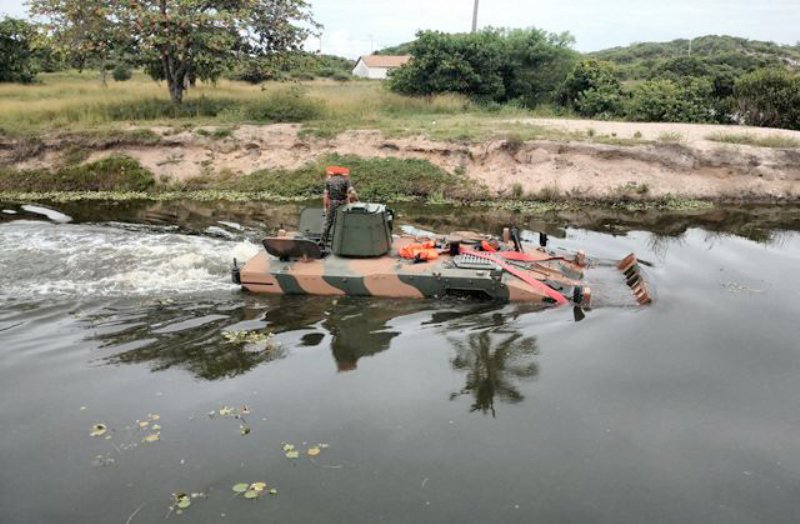 
A Brazilian Air Force (FAB) Northrop F-5FM Tiger II trainer aircraft was destroyed in a crash on 5 July. The crew ejected and survived.

The aircraft was on a training mission out of Santa Cruz airbase when it encountered technical difficulties on final approach for landing, the FAB said. The cause of the incident is not currently known and an investigation has been launched.

The twin-seat crashed aircraft with serial number FAB 4806 was assigned to the 1st Fighter Group (1º GAvCa). It was a former F-5F that was modernised by Embraer Defense & Security to F-5FM standard.
pampa14

Recently the Second Squadron of the Seventh Aviation Group (2º/7º GAv) of the Brazilian Air Force, located at AFB Florianópolis / SC, received its second aircraft (of a total of four) P-95 Bandeirante Patrol modernized, now designated as P-95BM. The link below provides a full report with photos and more information:

It is with great pleasure that I share with you, this extensive, special and exclusive article about the 100 years of Brazilian Naval Aviation, showing the history of the Air Arm of the Brazilian Navy, its aircraft and Squadrons, through more than 200 historical photos and current, emblems, coats, and other information. All this and more you can find by visiting the link below. Important: the text is in Brazilian Portuguese, however, on the website there is a translation tool.