As reported by the UK resource "UK Defense Journal" with reference to a source in the Ministry of Defense of Brazil, the Brazilian and British sides reached the final agreement on the purchase of Brazil by the landing ship of the Royal Navy of Great Britain, the landing helicopter carrier L 12 Ocean. The contract value will be 312 million Brazilian real (about 84.3 million pounds sterling). The upcoming acquisition for the Brazilian fleet of the helicopter carrier Ocean Defense Minister of Brazil Raul Yungman officially announced on December 19. 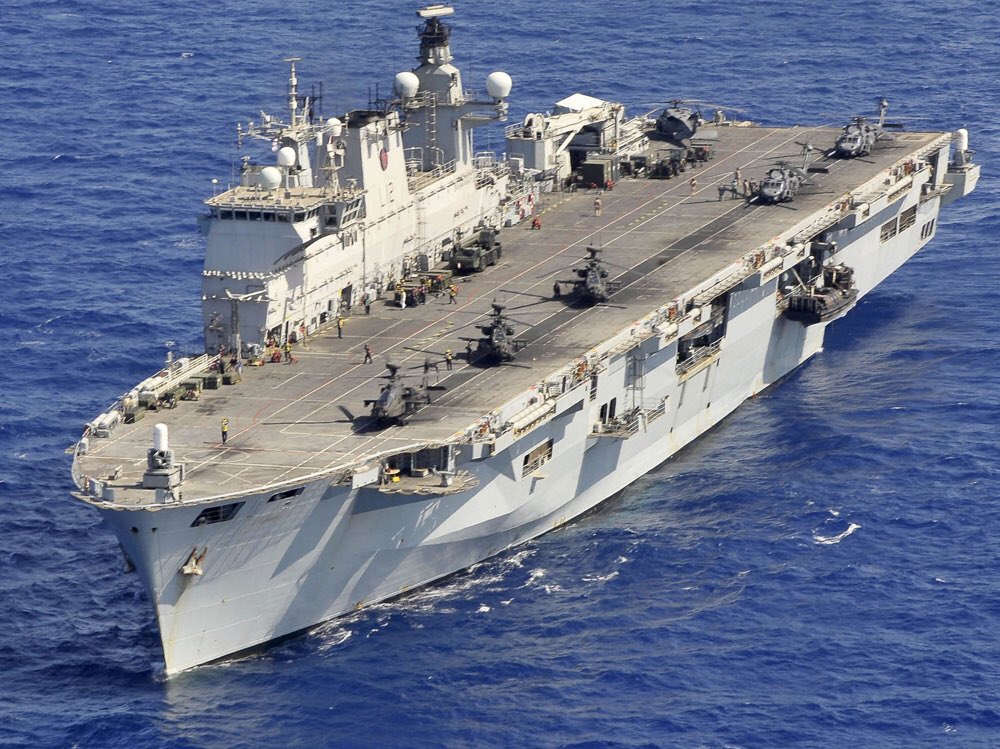 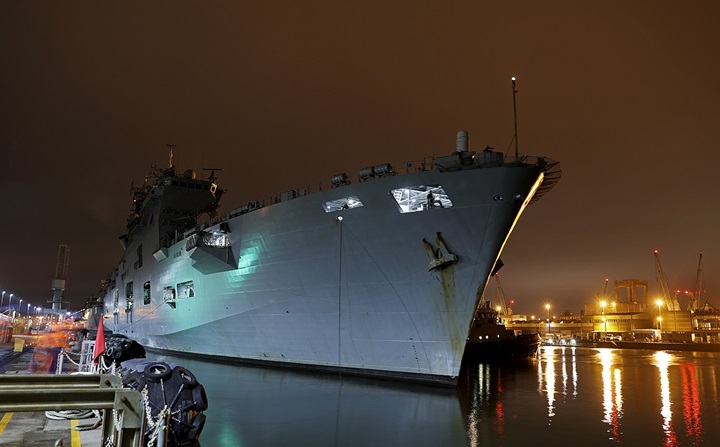 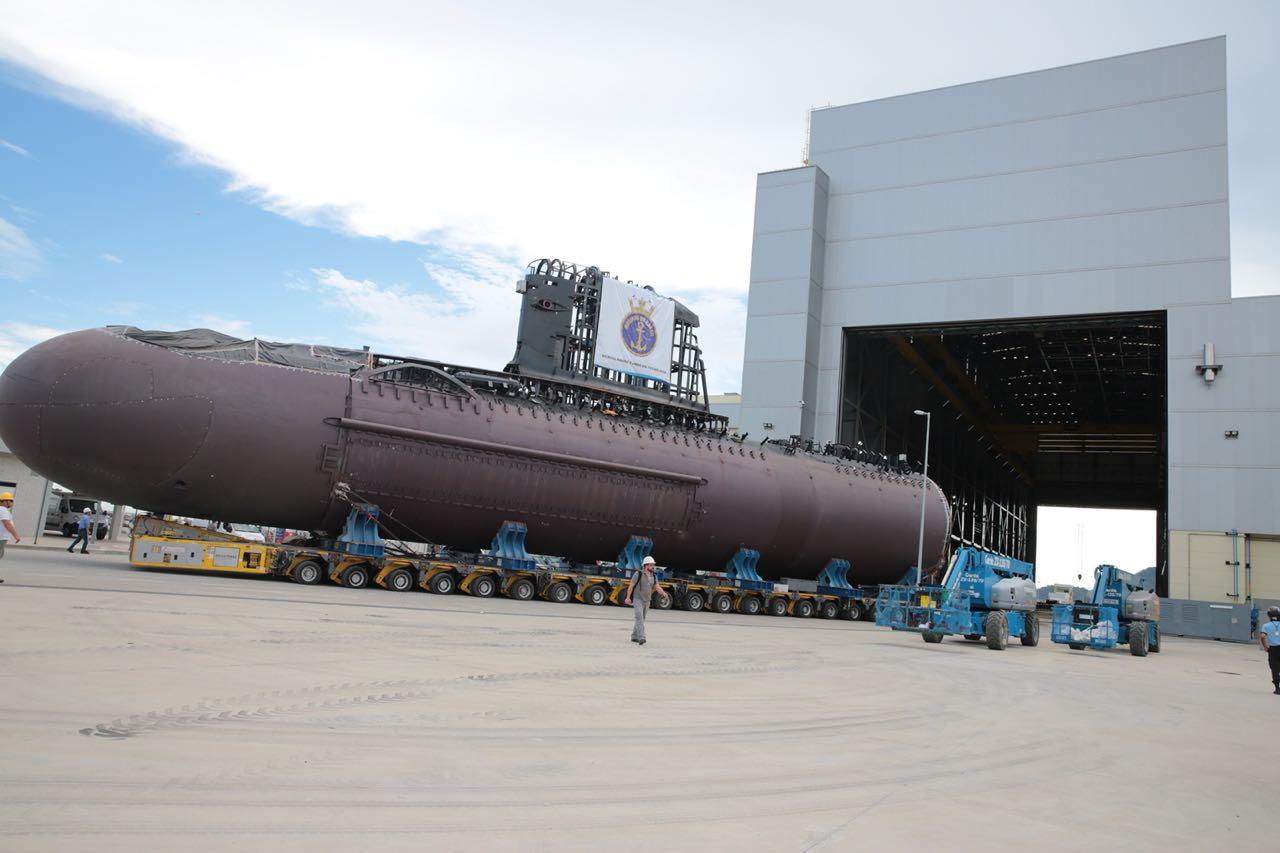 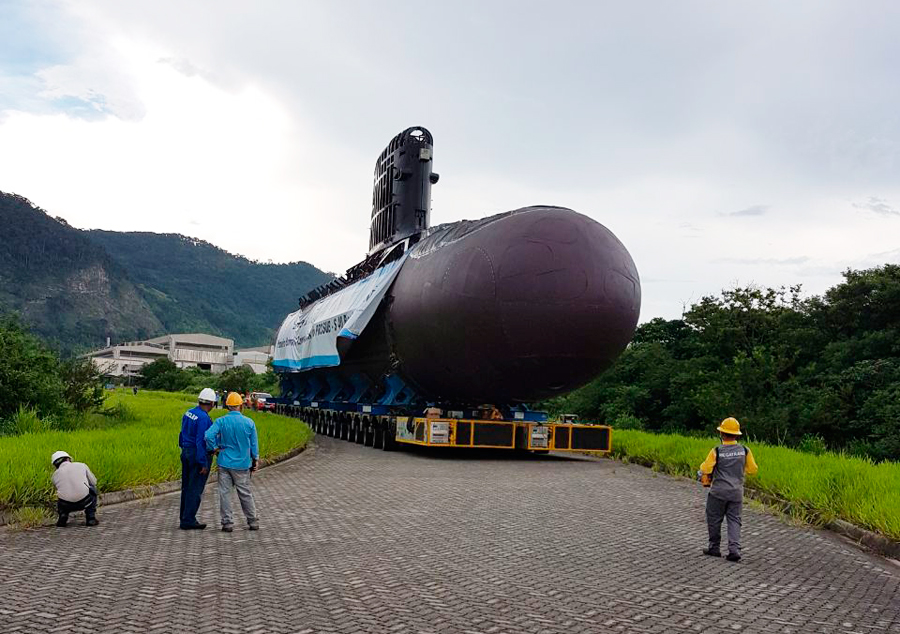 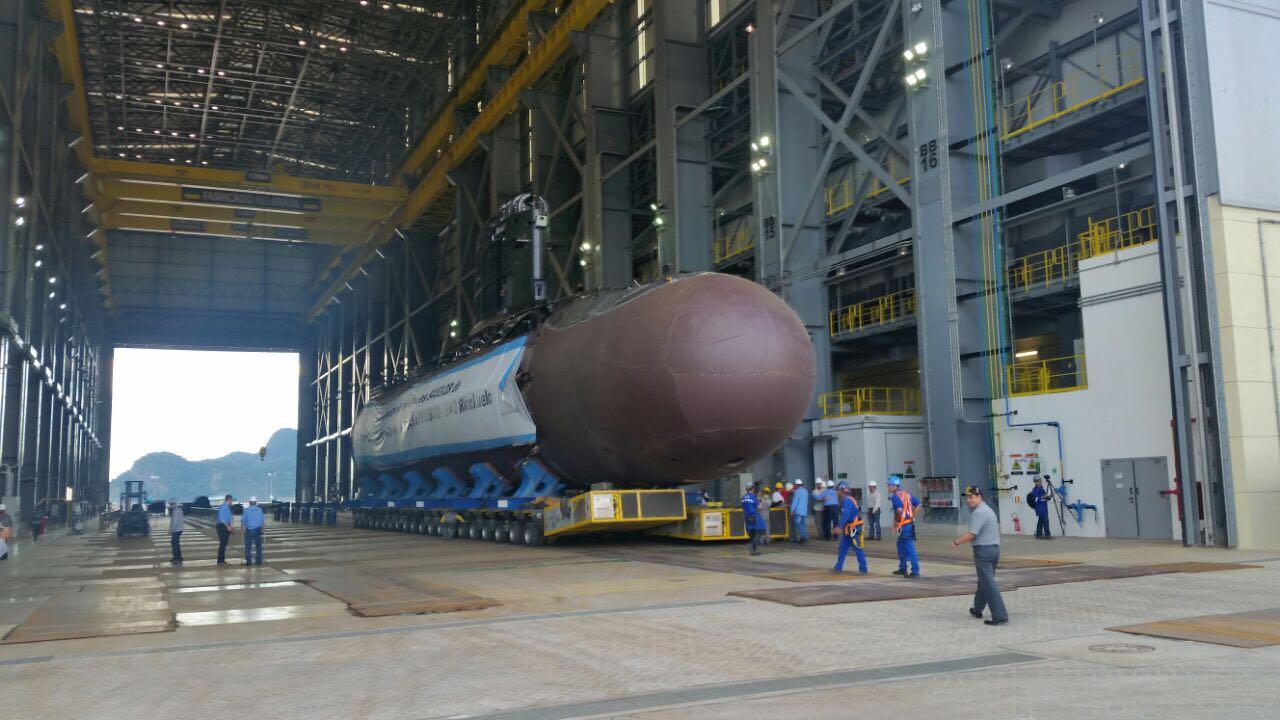 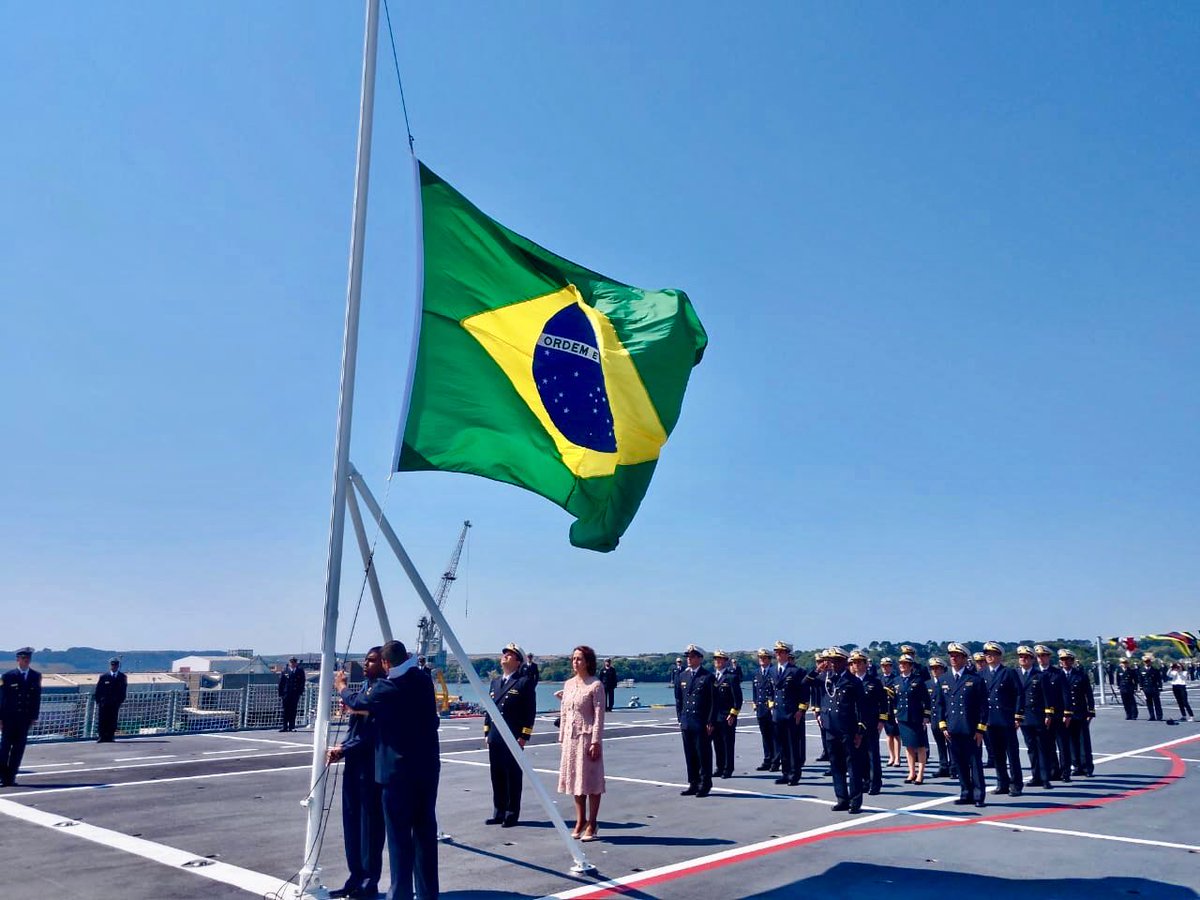 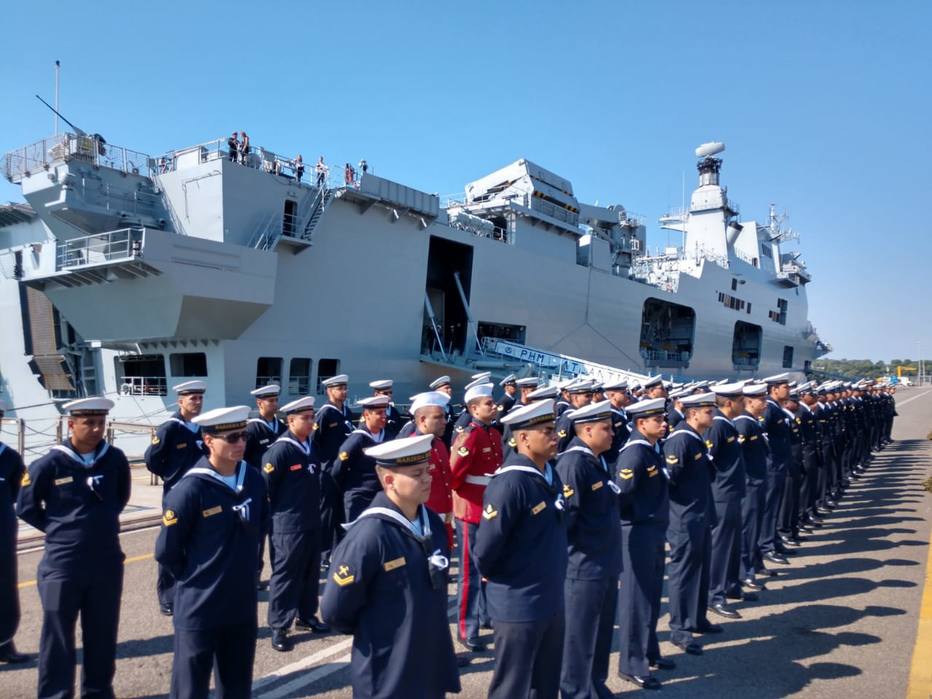 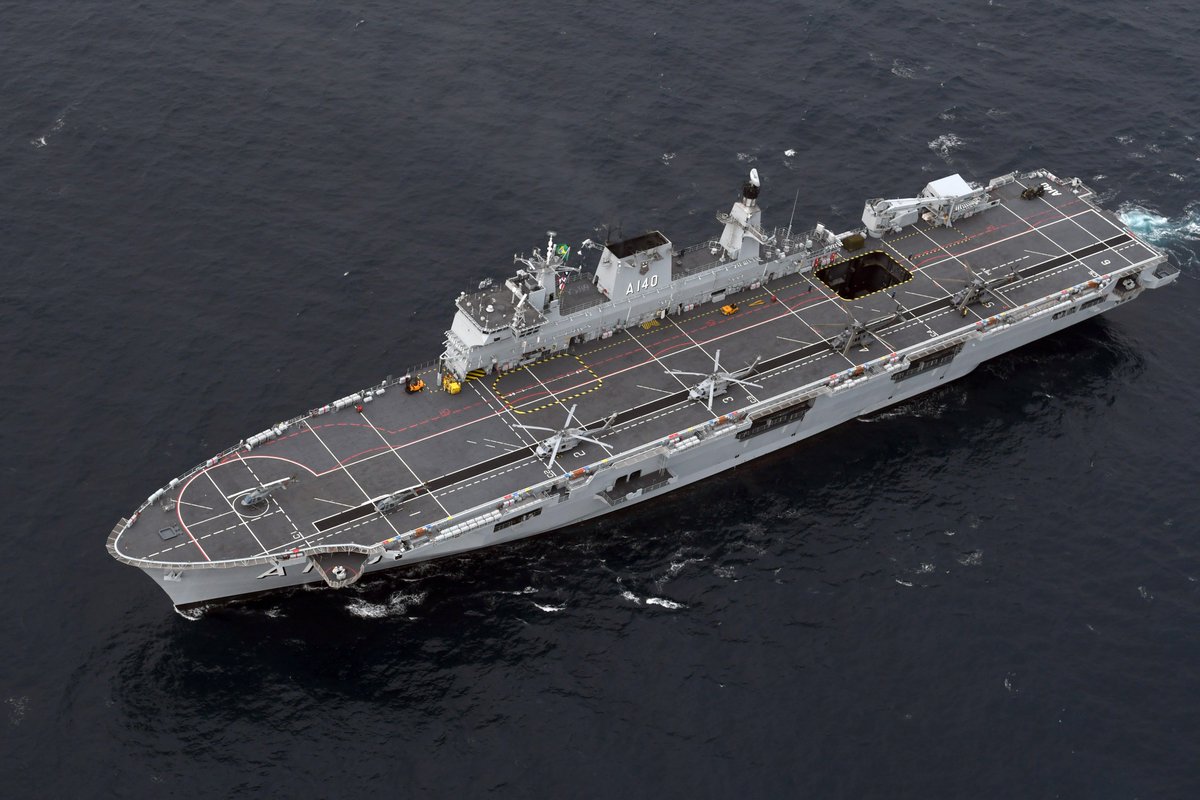 Brazil is preparing to fight over the ocean 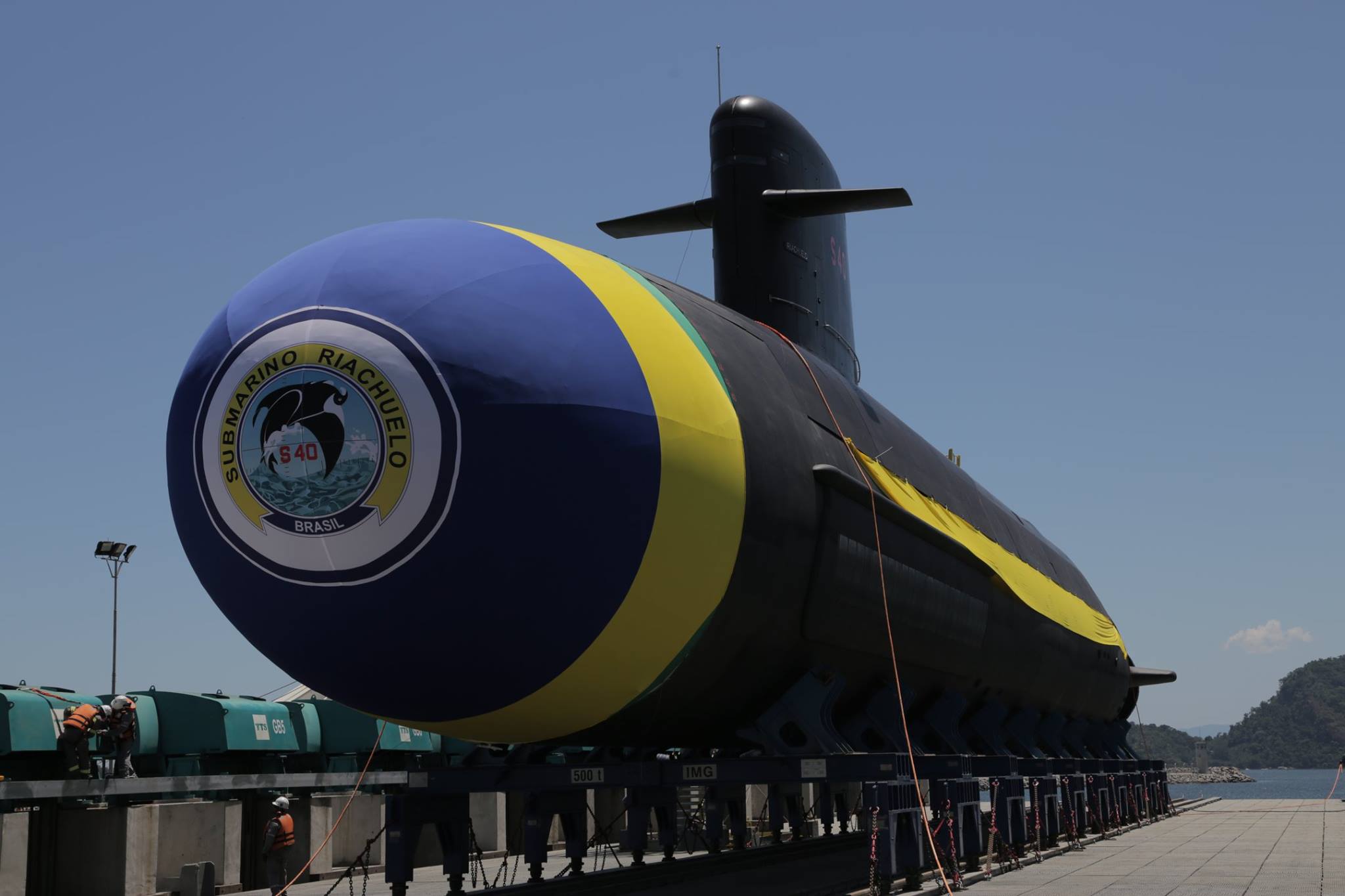 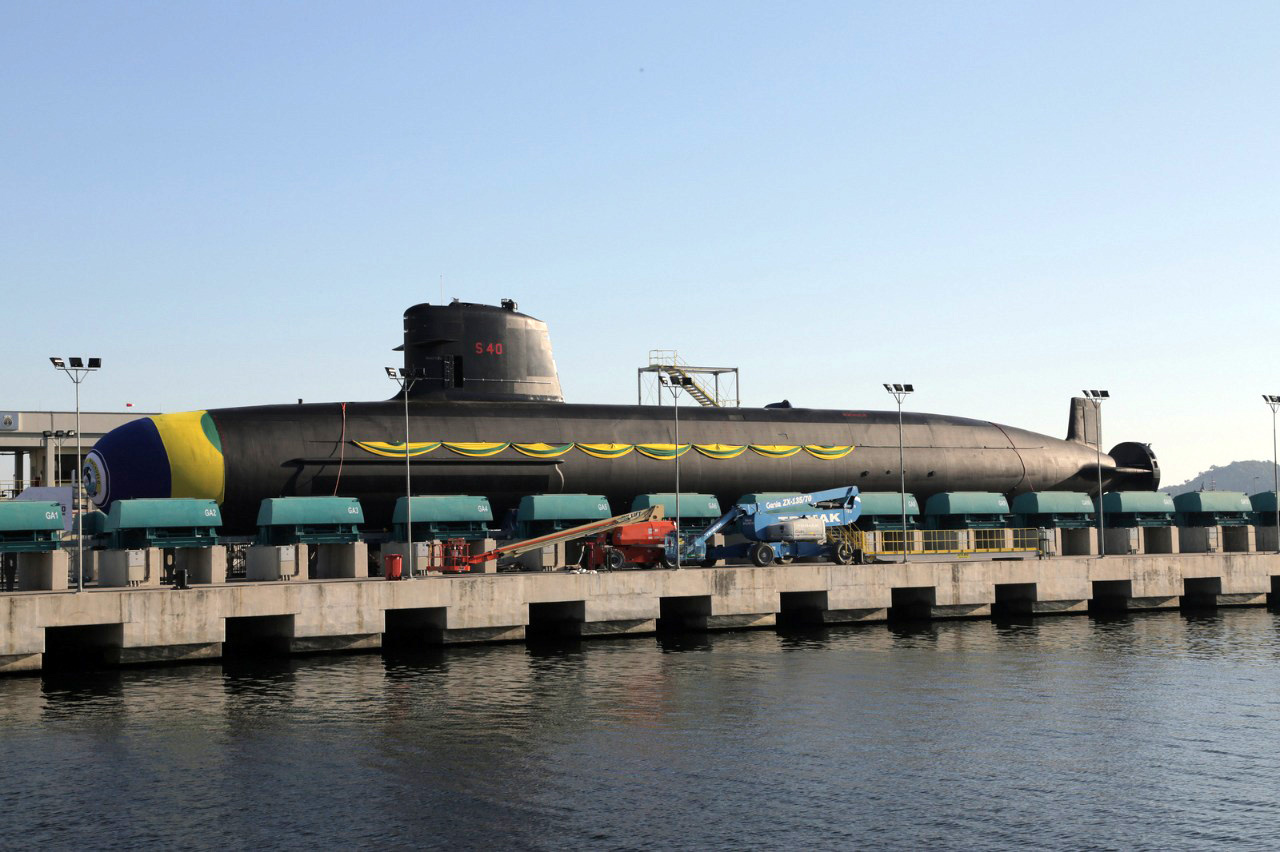 The first test of the Brazilian anti-ship missile MANSUP

The Brazilian Navy continues to disseminate information about their first naval test of the MANSUP (Míssil Antinavio Nacional de Superfície) anti-ship missile of the national Brazilian design on November 27, 2018. The rocket was launched from an experimental launcher from the Brazilian Corvette V 34 Barroso, 300 km from the coast of the state of Rio de Janeiro. The test was considered successful, although it is indicated that telemetry data showed the need to refine a number of rocket systems.

On March 28, 2019, the Brazilian navy selected the Águas Azuis consortium of thyssenkrupp Marine Systems and Brazilian companies Embraer Defense & Security and Atech (the latter is also a member of the Embraer group), as reported by the German shipbuilding association thyssenkrupp Marine Systems (TKMS, as part of the thyssenkrupp group). the winner in the construction tender for the Brazilian fleet of four corvettes under the program Tamandare (CCT - Corvetas Classe Tamandaré). The Águas Azuis consortium proposed in the tender a TKMS design of a corvette based on the well-known MEKO A100 project.

As Brazilian media reported on May 29, 2019, the Brazilian Air Force sold nine of the 11 former French fighters Dassault Mirage 2000B / C fired from their weapons to French private company Procor. The contract was signed by the Brazilian Air Force in the US capital Washington (Comissão Aeronáutica Brasileira em Washington - CABW), and the sale was made for a very insignificant amount of BRL 1.8 million (452 thousand US dollars).

The sale of the Brazilian Mirage 2000B / C to Procor for less than half a million dollars raised questions in a number of publications, since, according to unofficial sources in the Brazilian Air Force, selling these aircraft as spare parts to countries that continue to operate Mirage 2000 would have helped to save at least 10 million euros.

According to Brazilian resources, on September 25, 2019, the head of the large completed diesel engine-electric submarine S 40 Riachuelo of the modified French Scorpene project (Brazilian designation type SBR), first went into the sea for factory sea trials. The boat was built at the Brazilian shipyard Itaguai Construçoes Navais (ICN) in the Gulf of Cepetiba near Rio de Janeiro on the project and with the assistance of the French shipbuilding association Naval Group and will be the first in a series of four units.

On March 5, 2020, in Rio de Janeiro, the Brazilian state naval design and procurement organization Emgepron, representing the Brazilian Navy, signed with the consortium Águas Azuis as part of the German shipbuilding association thyssenkrupp Marine Systems (TKMS, as part of thyssenkrupp) and Brazilian companies Embraer Defense & Security and Atech (the latter is also part of the Embraer group) a contract for the construction of the Brazilian fleet of four Tamandare corvettes (CCT - Corvetas Classe Tamandaré) according to the project developed by TKMS corvette based on the famous German roject MEKO A100. 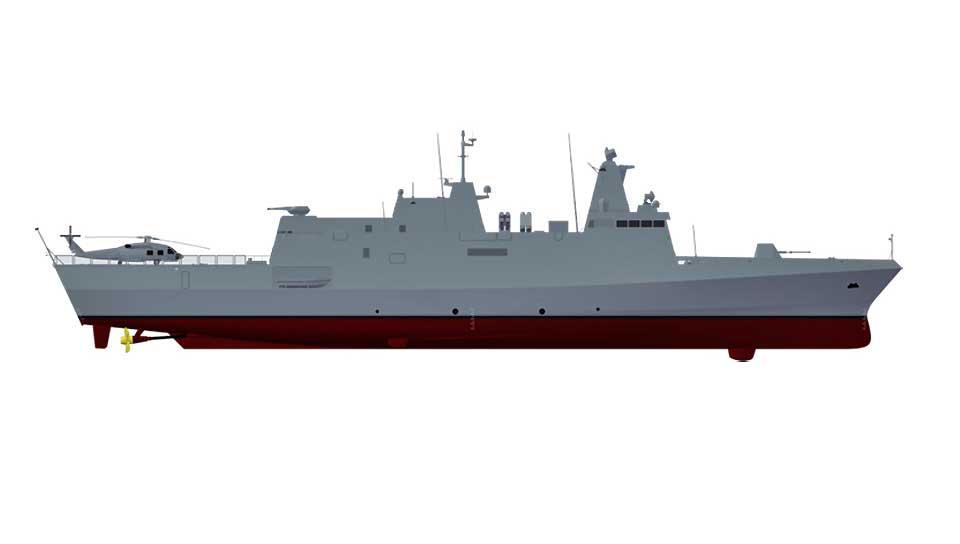 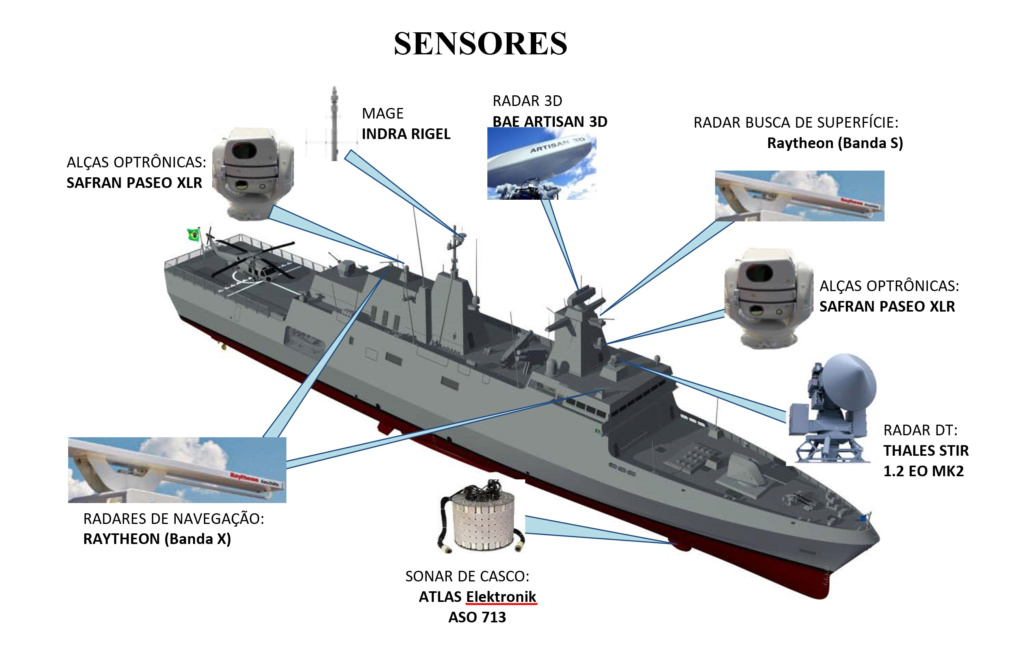 
The Embraer Stout (Short Take Off Utility Transport) is a light transport aircraft project, with hybrid engine, under study by the Brazilian Air Force and Embraer. It has similar dimensions and seeks to replace the C-95 Bandeirante and C-97 Brasília in the transportation of cargo and personnel, such as military and commercial aircraft.

° Take off with a maximum payload of at least 3 tons, from runways of 1,200 meters
° Range of 2425 km
° Operate in the Amazon, serving remote locations with short, narrow and unpaved runways
° Hybrid motor, with 2 electric motors and 2 turboprop
° Rear loading ramp
° Low operating cost
° Launch of 24 paratroopers
° Transport of 30 equipped soldiers
° Extraction of pallets
° Aeromedical evacuation

The P600 AEW addresses the growing market of Intelligence, Surveillance and Reconnaissance capabilities for countries that require cost-effective, high performance and flexible solutions for defense and homeland security missions. The Embraer Praetor 600 is the best performing super-midsize bizjet in its category, offering intercontinental range with an outstanding payload capability, high availability and reliability, short turn-around and low life cycle costs. Coupled with ELTA’s superior radar technology, the P600 AEW offers the benefits of cutting edge, proven systems and provides capabilities available until now only on much larger platforms.

The turboprop was designed to operate in conditions of high temperature and humidity in extremely rugged terrains, the Super Tucano is highly maneuverable, has low heat signature, incorporates fourth generation avionics and weapon system to provide precision guided ammunition.

During the “62º FPB - Fórum de Debates Projeto Brasil”, on 12/17/2008, in the city of São José dos campos (SP), Brigadier of Aeronautics Venâncio Alvarenga Gomes presented the various embargoes suffered by the projects developed by the Armed Forces of the Brazil.

During the “62º FPB - Fórum de Debates Projeto Brasil”, on 12/17/2008, in the city of São José dos campos (SP), Brigadier of Aeronautics Venâncio Alvarenga Gomes presented the various embargoes suffered by the projects developed by the Armed Forces of the Brazil.

See the launch of the MTC 300, the Brazilian cruise tactical missile manufactured by AVIBRAS with national technology.

The MTC 300 missile, formerly called the AV TM 300, is part of the ASTROS 2020 system, an innovative artillery system manufactured by the national industry AVIBRAS in partnership with the Brazilian army.

As a comparison, we can call this the missile "Brazilian tomahawk", it is a tactical missile with Brazilian technology with a range of 300 km (it can have versions of greater range depending on the Warhead or the turbine technology) and 10 m of precision.

In this edition it is possible to see a launch of the missile MTC 300, a demonstration of the detonation of 500Kg of TNT (a destruction similar to 200Kg of explosive of the warhead of the missile) and launches of the tomahawk missile.