The Minister of Defense also said that it is necessary to start production of 20 new and modernized Il-76MD-90A aircraft per year, so that by 2030 their fleet will exceed 250 aircraft.

In 2030, production will amount to 1/3 of what the USSR produced annually. Incredible collapse in relation to the times of the USSR.

USSR had 3 times (or more) larger military than Russia
GarryB

I'm not an engineer or aviation expert, so is an aircraft's carrying capacity based on the power of its engines? With a payload of 60 tons, the new Il-76MD-90A now has a bigger payload capacity than the Chinese Y-20

I'm not an engineer or aviation expert, so is an aircraft's carrying capacity based on the power of its engines? With a payload of 60 tons, the new Il-76MD-90A now has a bigger payload capacity than the Chinese Y-20

Both the structure and the airframe pay a role.

The chineses built the Y20 with the aim to be a heavy transport plane able to carry  more than 60 tons (I believe I read somewhere 66tons mentioned). However till now it cannot fully fulfill its requirements because the available engines are not powerful enough  (and even the new Chinese engine developed for this aircraft is still not enough).

The il-476 has instead engines potentially more powerful (and if I am not mistaken they are derated to 14.5 tons of takeoff thrust, against the 16 tons of the Tu204 version and 17.6 tons of the Il96-400 version) but probably is limited by the internal space (lenght, width (and height)) of the cargo hold).

That means that the Il-76MD-90A can carry a maximum heavier payload, but some payloads could be too wide to fit, while they could fit on the Y20.

Of course it is not only a matter of internal space. The airframe needs to be able to carry an increased load, and I believe several structures were reinforced when going from the baseline il76 to the il-76MD-90A (AKA il-476).

We discussed this quite a lot in the an124 and on the transport fleet threads. 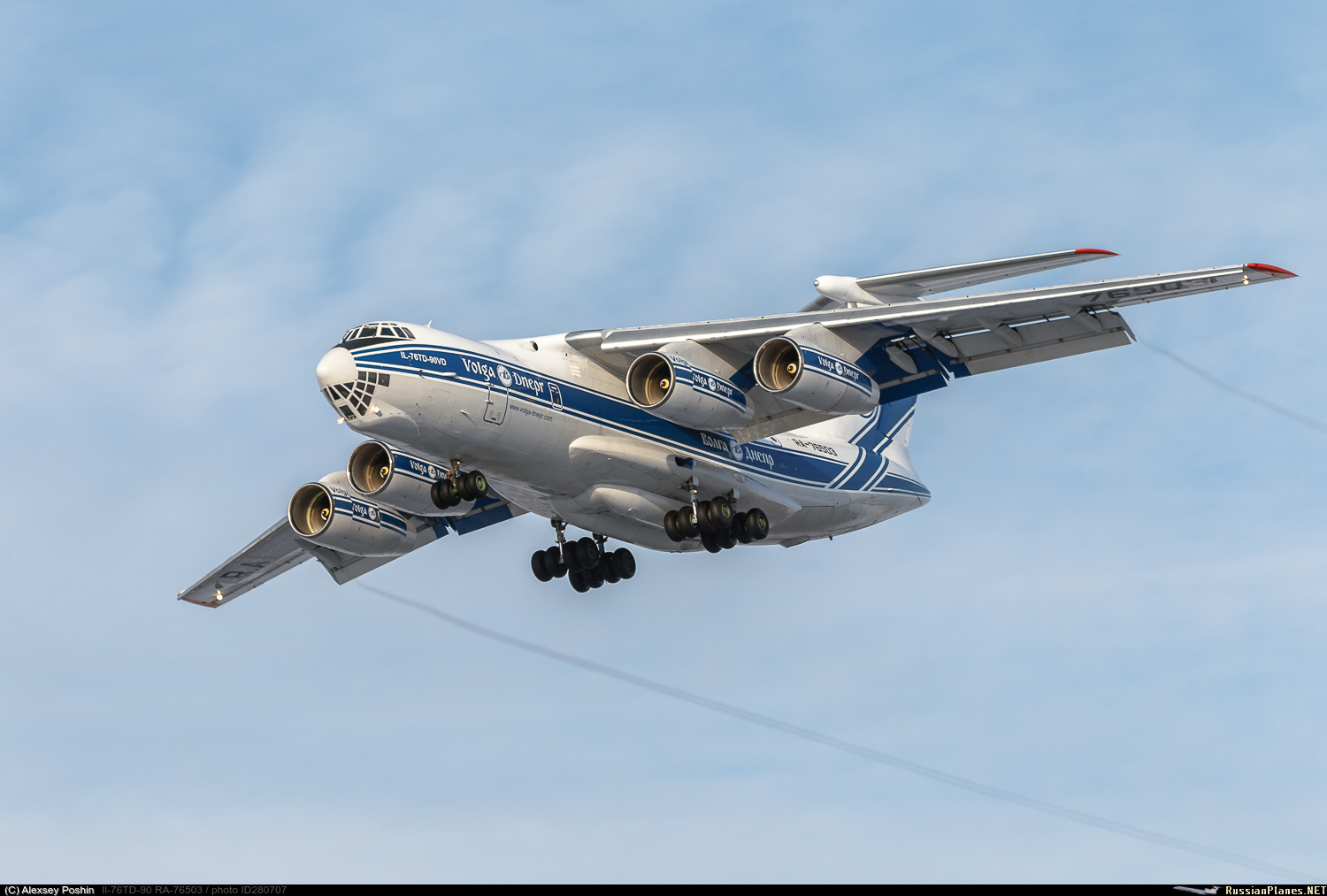 Volume is always and issue and strength is too... even rated to 62 tons payload the current IL--476 has limits in terms of both weight and volume... a 3 ton item might simply not fit inside it, while a 62 ton tank might sit in the middle of the cargo bay with 80% of the internal volume unused.

The design of a new aircraft is generally decided based on the loads it will likely carry... but once you have the aircraft in service obviously you would be bloody stupid to design ground vehicles you might want to move by air power that are too big to fit the aircraft hold space.

A vehicle that is going to be 70 tons does not need to fit in an Il-76 or any variant of it, so if it is too wide to fit that is OK because it can't carry that weight anyway.

The smaller the aircraft the more widely it will be used.... odds are the Il-276 will be made in much larger numbers than bigger transport types simply because it is more useful and cheaper.

I did not realize the MD90A has a new composite wing. This is a huge commitment. Looks like they will spit out quite a few of these. Since they are building so many it makes sense to also go with the IL-106. They can share elements of the supply chain and if they can upgrade it to carry 2 T14 tanks that is the right size. 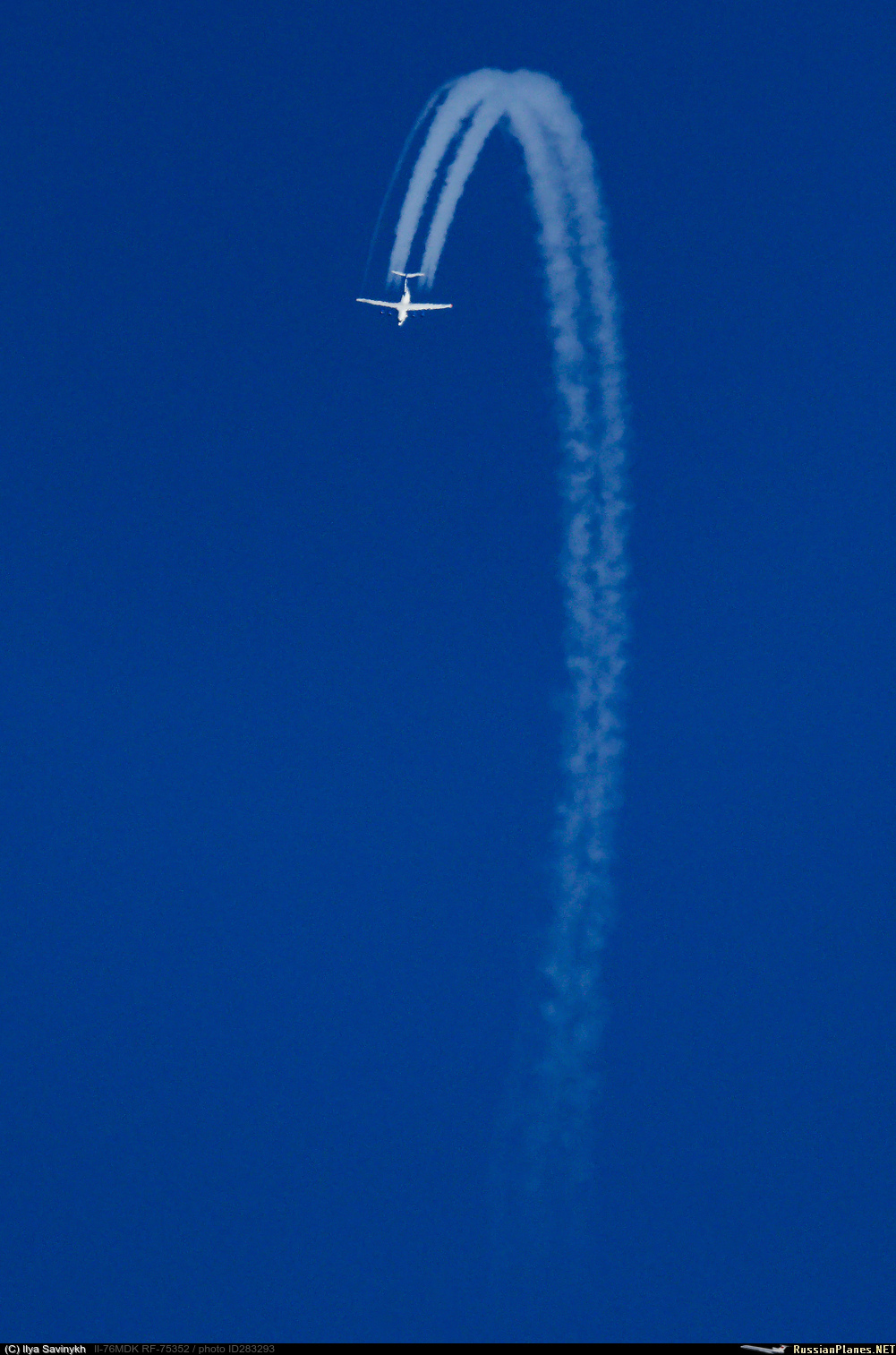 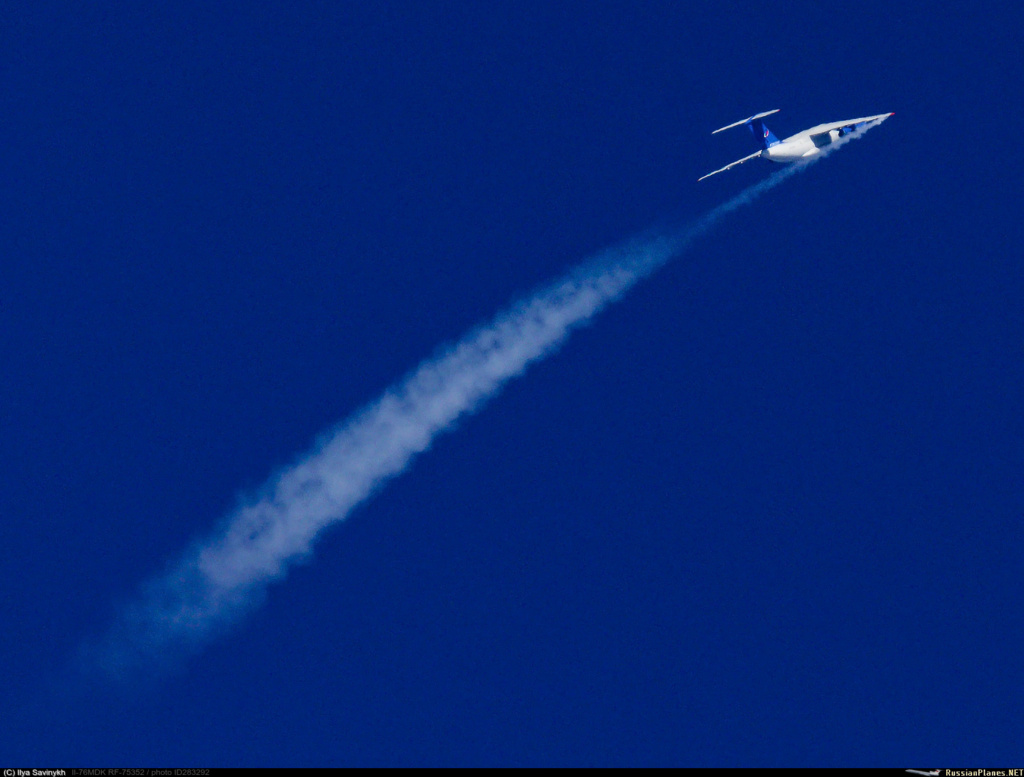 Construction of a new Il-76MD-90A heavy transport aircraft (z/n 206) assembled using a stackless technology is being completed at the new production line of Aviastar-SP JSC. The aircraft is at the final stage of production in the extreme development station OS-30.

At the end of April, the first roll-out of the vehicle was made for testing the fuel caisson of the wing and center section for tightness, the press service of the enterprise said.

Thus, the first aircraft assembled in the new production line of assembly of the PLC-76, which was put into operation in October 2019, is in a high degree of readiness for subsequent transfer to flight tests. At the enterprise's flight test station, preparations are underway for ground testing of the aircraft, which, after completing the flight program, will join the BTA aviation regiment based in Ulyanovsk.

"Initially, it was assumed that the installation of the PLC-76 and debugging of the line would take about a year, but in reality we had to spend twice as much time. Car number 206 is being built for more than a year and a half. This is the first MTC IL-76MD-90A built this year. The plan for 2021 is for five aircraft of this type. At this rate of production, a maximum of four Il-76MD-90A aircraft will be built this year, " the editorial board of the Moscow region newspaper believes. «Zhukovsky news».

Now, with the new engines, it just looks so right! The most beautiful cargo carrier out there.
LMFS

Some info about the new serial production line at Ulyanovsk:

The first car was designed to run on a cycle of 28 working days, which is the amount of time that needs to be spent at each station. For the second – 26 days, from the third-24 days, which will make it possible to produce 8 aircraft a year in the near future.

On June 10, 2021, the IL-76MD-90A aircraft with the tail number RF-78661 made its first flight in Ulyanovsk. The aircraft was built under a contract with the Ministry of Defense of the Russian Federation. This is the first heavy transport aircraft IL-76MD-90A (RA-78661), assembled on the new assembly line of the Ulyanovsk JSC "Aviastar-SP". 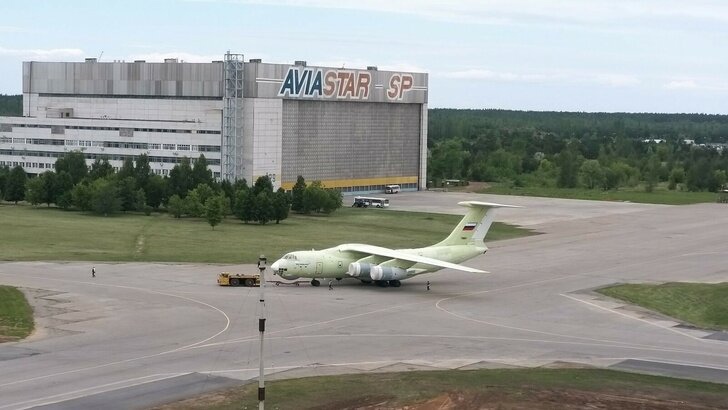 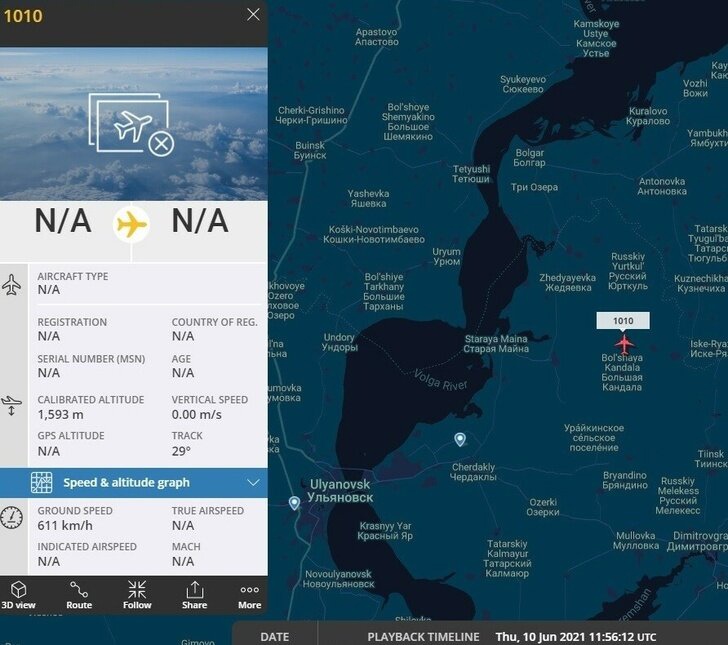 This is the first Il-76MD-90A aircraft of the new construction, taken into the air in 2021. It is interesting that there is no official information about the beginning of flight tests of this board. 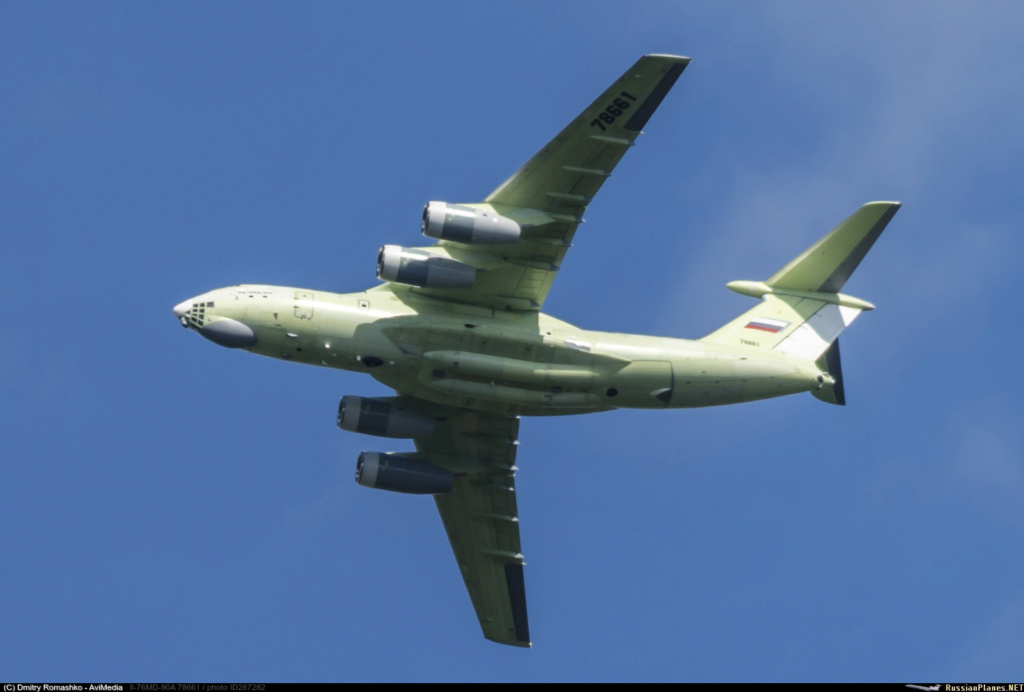 Regarding the composition of the Il-76 regiments, it seems that this changed sometime after the appearance of the 235th VTAP regiment, which was initially equipped with a squadron of 9 Il-76MD at its inauguration.

The classic composition of the Il.76-MD regiment had been 27 aircraft in 3 squadrons of 9
After 2009, it was reduced to 2 squadrons of 9, with a separate detachment of another 4 Il-76MD from the 224th LO, each 4 regiments (Pskov, Tver, Orenburg and Taganrog)
In fact, at the Ulyanovsk base a parking lot was prepared for the first squad with 9 marks, while further north a parking lot for another squad of similar capacity began to be built. 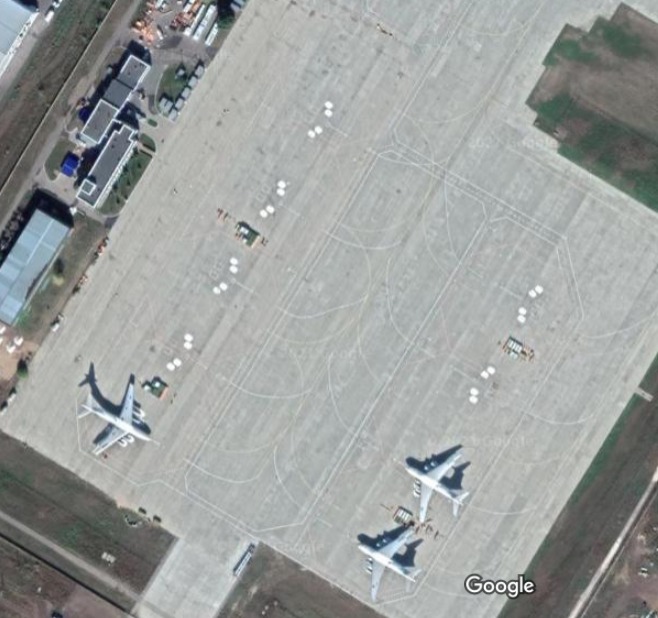 Between the end of 2019 and 2020, 12 older Il-76M aircraft were put into operation, which were in reserve, which went to Ivanovo, apparently for the 610ºTsBPiPLS
However, the 81st VTAP was later restored.

The aircraft movement suggests that the composition of the regiment varies from 9 + 9 + 4 of the previous years to a standard composition of 12x2, which in some cases includes commercially licensed aircraft of the 224th LO mixed within squadrons

The variation in the number of aircraft in the contracts also suggests the change in the number of aircraft in the regiment's composition.
At first, 1+39 Il-76MD-90A and 41 Il-76MD-M were hired, enough to renew the 4 existing regiments : 2 regiments x18 + 4 for training (plus one prototype in the case of Il-76MD-M).
Later the contract of the Il-76MD-90A was changed and the total number is 28 (1 + 13 + 14), which gives for a regiment of 24 plus 4 for training.
As for the Il-76MD-M, it provides for 3 squadrons of 12 and 4 for training, therefore in a squadron of 12 Il-76M will temporarily complete one of the regiments in a mixed way.
It seems that squadrons of 12 aircraft is going to be standardized, both in fighters, bombers and transport aircraft.

According to this publication, the squadron of 12 Il-76Ms repaired just before 2020, was assigned the 81st VTAP and not for the 610th TSBPiPLS, which until then had several Il-76MDs, and a pair of Il-76MD-90As.
Then the composition of the 81st VTAP would be 1ºAE: Il-76M, 2ºAE: Il-76MD-M (in process), 3rd AE: An-2T
The reason for activating a squad of Il-76Ms is that there are no more Il-76MDs available for this expansion of the VTA structure. 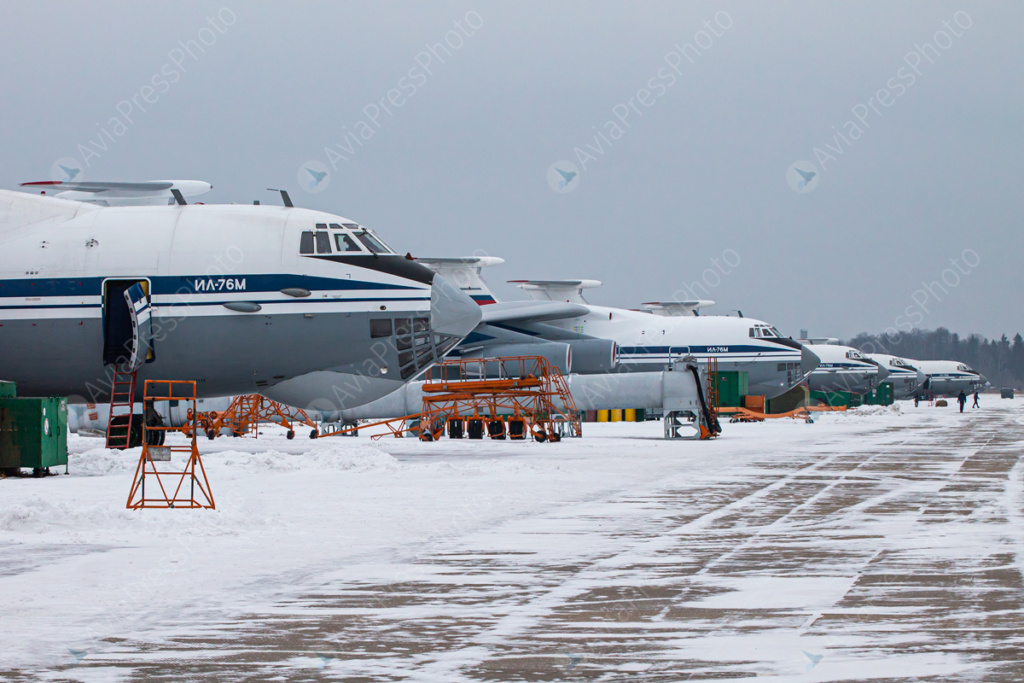 Actually looking at the satellite photos of the Ivanovo base it is difficult to distinguish just by the size the Il-76M from the Il-76MD, I would say that the main difference is the ailerons apparently much larger than the Il-76MD 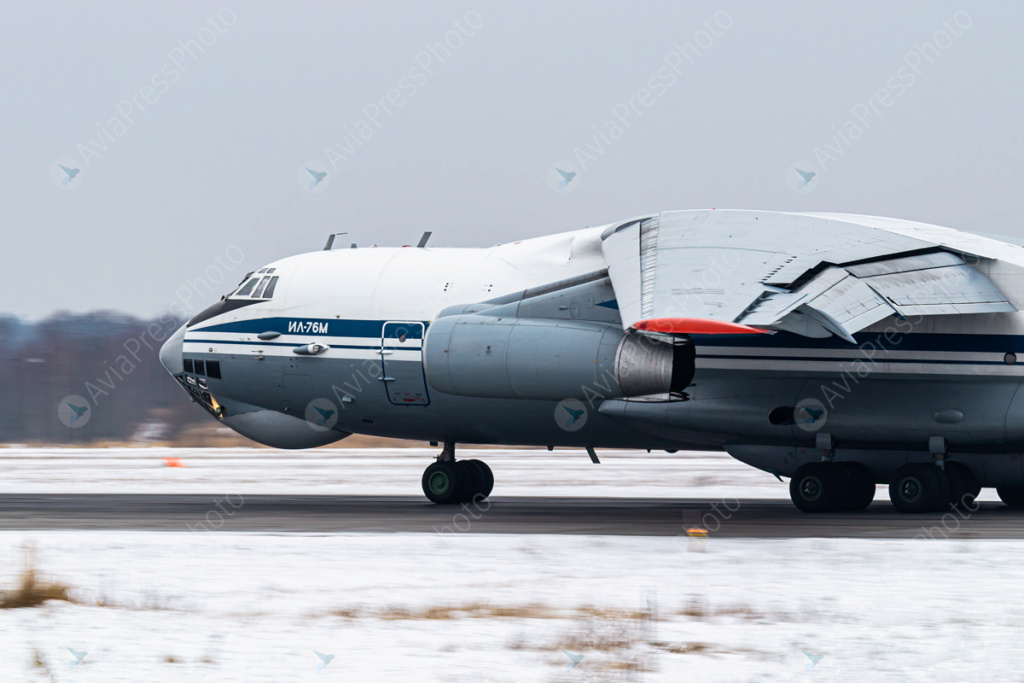 Apart from these 12 Il-76M, there were only 3 others in operation in Sescha, but now it seems they are in Tver
Maybe some will be parked in reserve somewhere

Next Il-76MD-M RF-76765 undergoing modernization at Zhukovsky, just behind the 76746 prototype.
It will be the 5th to modernize (including the prototype) and presumably the 3rd to receive the 81st VTAP 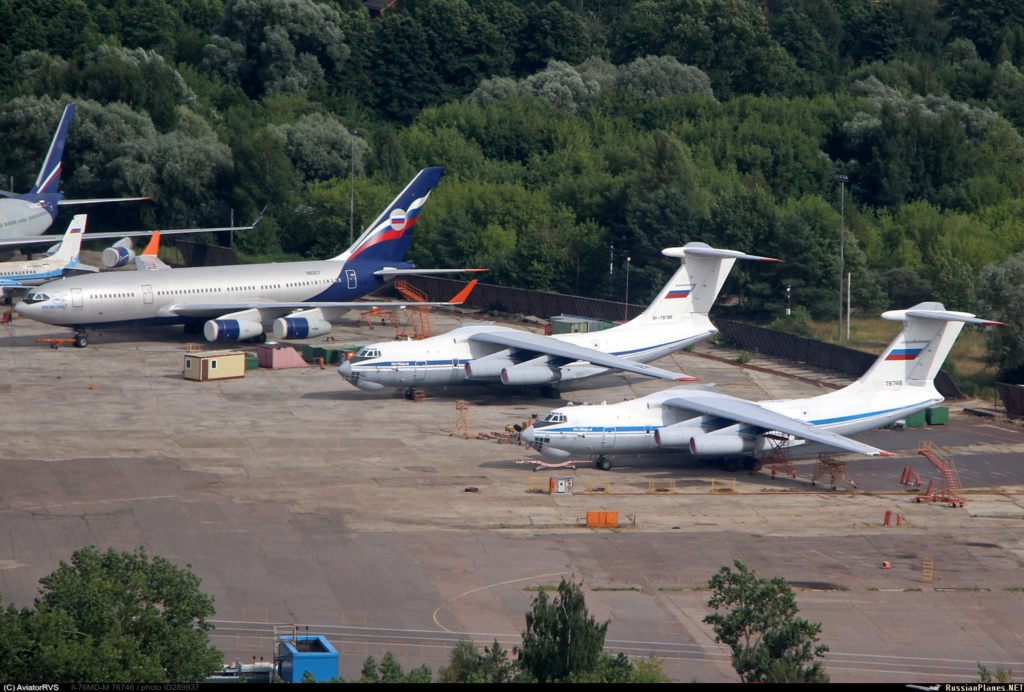 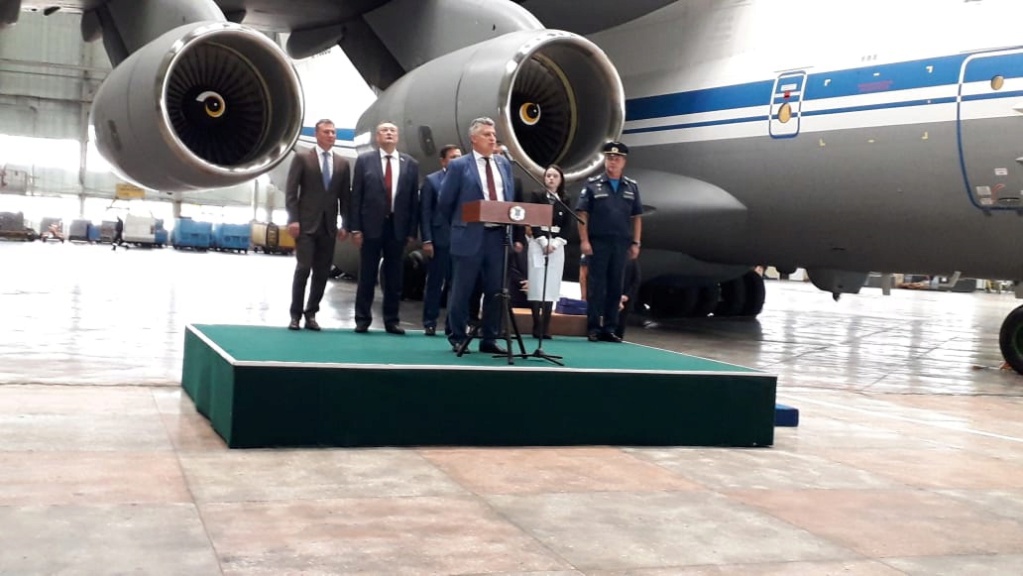 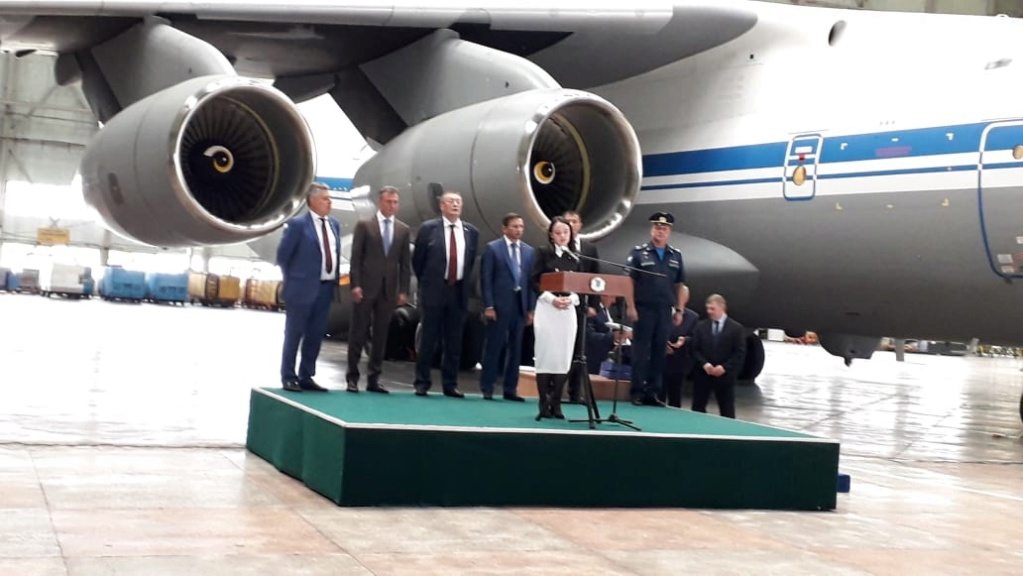 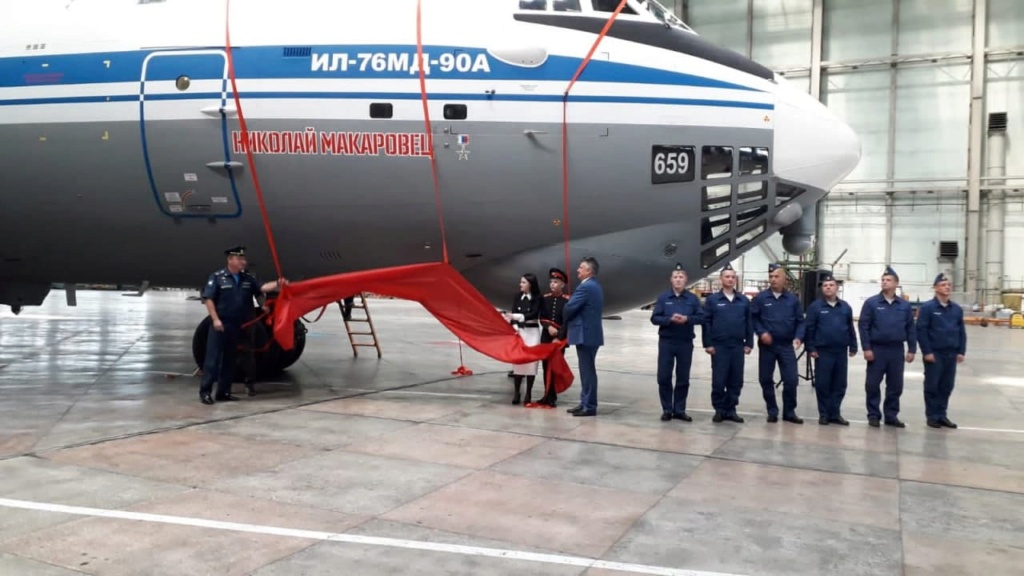 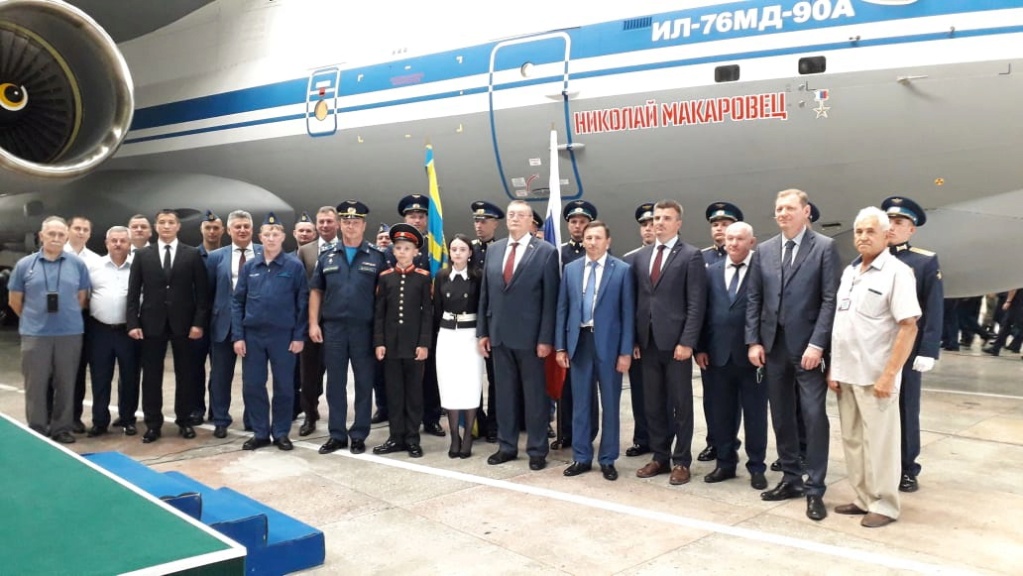 I wonder why they don't use low visibility paint?
George1

you include their numbers to the total of 122 Il-76MDs you mentioned before??
AMCXXL

you include their numbers to the total of 122 Il-76MDs you mentioned before??

All all those airplanes Il-76 have photo in service in russianplanes, mostly two last years except about a dozen with last photo of 2018 or a little before, probably in repairs/maintenance/modernization, or simply nobody takes mor photos since then
There may still be some more in reserve parked in some base, but basically they have already taken everything they had and have put it to work

Il-76 activity has been very high in the last 3-4 years, since the 235 VTAP regiment was opened in Ulyanovsk and the new Il-476 began to be received.

Here is a video of maneuvers of the new regiment 81 VTAP in Ivanovo:

"For the first time, the Russian airborne forces carried out a parachute landing of an airborne hospital.

Having covered a little more than 100 km, the Il-76 aircraft in 30 minutes successfully landed on the Budikhino landing site in the Kostroma region about 160 military personnel of the hospital's medical personnel, 14 armored vehicles and vehicles (5 armored personnel carriers of the BTR-D amphibious assault, landing vehicle BREM-D, airborne tanker TZ-2-66D, 6 ambulance vehicles UAZ-3962, power station ESD-30-T / 400) and 25 P-7 platforms with cargo, of which 24 platforms with medical equipment and equipment and 1 platform with food.

On the Tandem special purpose parachute systems, two medical workers who did not have parachute training were delivered to the landing site. They made the jump together with parachutist instructors.

After landing, a gathering of personnel, equipment and property took place, the deployment of pneumo-frame tents of the main departments of the hospital was organized. The servicemen checked the medical equipment and prepared it for work.

Il-96 is great for moving pallets/containers/people from one large airport/base to another. But it has no rear ramp for dropping cargo from the air and it can´t operate from rough airstrips/grass. Nevertheless a tanker/transporter combi of the Il-96-400 would be nice for support of missile carriers. Also useful for the support of operations like Syria.