Great video. I remember when I was in the Army dosaff. Not quite as exciting as airborne but fun nonetheless. I am suprised we have such a hard time recruiting when kids get to enjoy this stuff.
Admin

Vladislav wrote:Great video. I remember when I was in the Army dosaff. Not quite as exciting as airborne but fun nonetheless. I am suprised we have such a hard time recruiting when kids get to enjoy this stuff.

This was my DOSAFF club, it got me interested in VDV desantura so I joined. It was kool so I had little aprehension about joining.
Admin

Jesus Vlad, you've had one hell of a life!!
Turk1

Don't mess with Vladimir, he looks like he can kick your ass.
Jelena

Vladimir, excuse my ignorance but those are your personal videos from training?
Admin

Jelena wrote:Vladimir, excuse my ignorance but those are your personal videos from training?

The ones that say My Training.
Jelena

Jelena wrote:Vladimir, excuse my ignorance but those are your personal videos from training?

The ones that say My Training.

I'm impressed!
What is the minimum/maximum age required for one to apply?
Admin

I'm impressed!
What is the minimum/maximum age required for one to apply?

Russian for Voluntary Society for Cooperation with the Army, Aviation, and Fleet. They teach teens how to fight, shoot, parachute, they go in for sports, organize sports camps etc.
GarryB

It is like the boy scouts but more military oriented.

I believe it is run by retired military men.

Looks like enormous fun to me... and a great recruiting tool now.

Didn't need to be a recruiting tool then because of conscription, but it was a taste of military life where you get taught lots of aspects of military life including small arms etc.
russian_soldier

This is how the spetznaz shall be known as. The kickass fighters.
NationalRus

childish show of only to laugh at, i hate that part of them 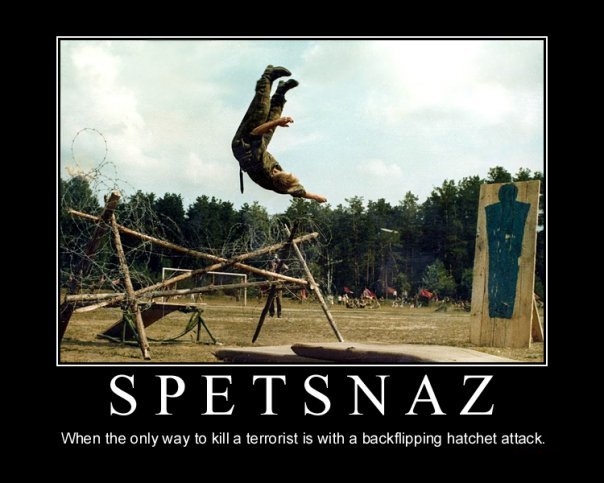 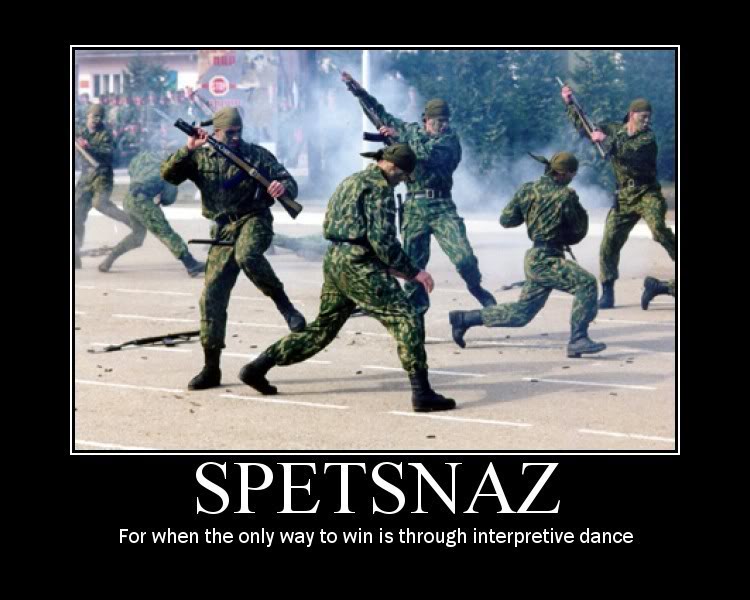 The fact that a set of fighting moves has been choreographed into a sort of dance is no acident... it is a good way to learn basic moves through repetition. Obviously real fighting is action and reaction with no set order of attack and defence and would be rather chaotic.

Do you also object to air show displays? You do realise those rolls and loops aircraft perform at airshows are based on dogfight manouvers and that formation flying is an important military skill rather than something to impress visitors at the show.

They break bottles and bricks at their displays, and not bones because most of the audience would throw up watching them cut throats and break bones and shoot people.

I have seen a video of a bus assault where one soldier approached the bus from the rear side and pulled out what appeared to be some sort of whip. He lashed it at the side of the bus with a flick of his wrist and it exploded on contact and the side of the bus disappeared and he jumped in like it was a door way. With neat tools like that they are a bit like James Bond... the laser in the watch only works to cut locks and let you escape if the enemy don't realise you have a laser in your watch and take it off you when you are captured.

(In other words they still need to keep most of their techniques secret so showing simple fighting techniques and breaking bricks and bottles entertains the masses without giving away any secrets that might give them the edge in real combat...)

Nice video, thanks for posting, but it belongs in this thread as it is Airborne rather than ground forces.

A while back it would be considered very unusual for VDV to be deployed by sea.

It is my understanding that events in the 8 8 8 war where VDV units were deployed by navy ships that they started training together to improve their abilities to work together.
Sponsored content