According to the documentation posted on the state procurement website, three Tu-214 aircraft with serial numbers 44811031 (serial number 531), 44912032 (serial number 532) and 44912033 (serial number 533) are being built for the Special Flight Team (SOS) "Russia" of the Presidential Administration of the Russian Federation at the Kazan Aviation Plant (the branch of PJSC "Tupolev"). This follows from the cited contract of PJSC "Tupolev" with FSUE GosNII GA (Research Institute "Aeronavigatsii") for participation of the latter in "escorting a complex of certification works for three Tu-214 aircraft for the" Russia". 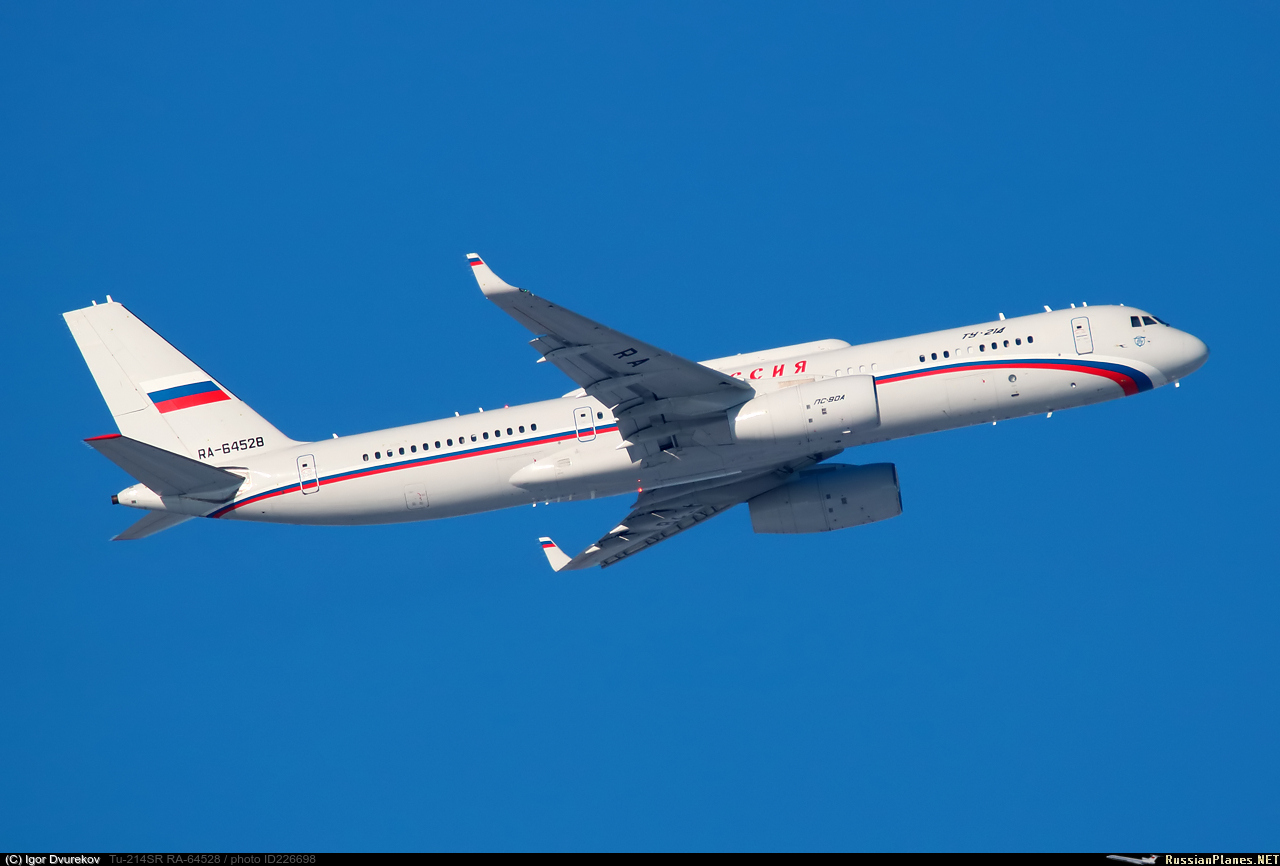 Not sure where to put this On December 28, 2018, Kazan reportedly made the first flight built at the Kazan Aviation Plant (KAZ) named after S.P. Gorbunov - a branch of PJSC Tupolev Tu-214PU aircraft (serial number 44811031, serial number 531, registration number RA-64531). This special-purpose aircraft control center, according to known data, is the first of the three units being built for the Special Flight Unit (SLO) "Russia" of the Administration of the President of the Russian Federation. 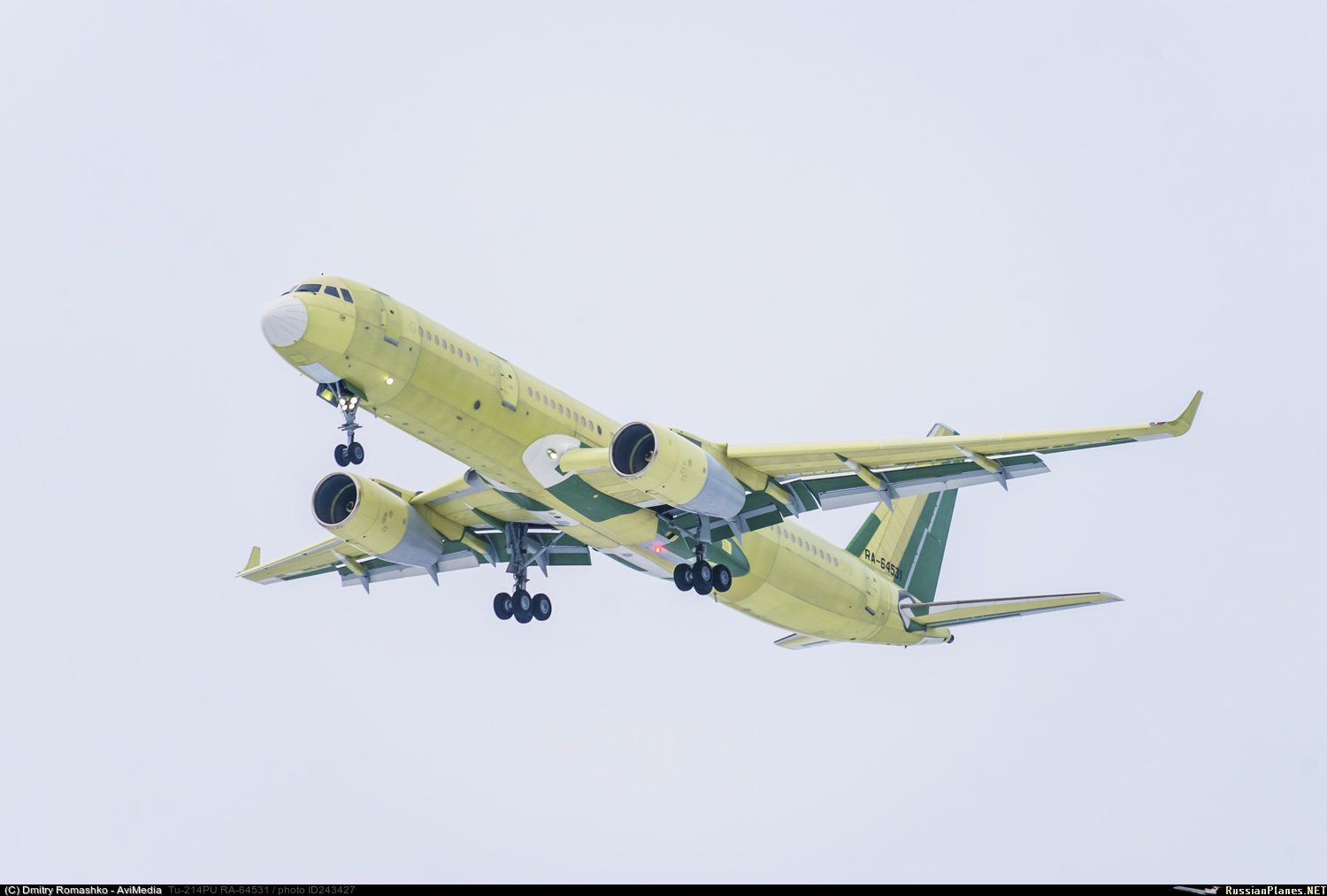 As reported, at the Kazan Aviation Plant (KAZ) named after S.P. Gorbunova, a branch of PJSC Tupolev, completed the construction of the Tu-214PU aircraft (serial number 44912032, serial number 532, registration number RA-64532) - the second special-purpose aircraft-control center of three units being built under the 2017 contract for the FSBI Special flight detachment (SLO) "Russia" of the Office of the President of the Russian Federation. This aircraft made its first flight in Kazan, according to well-known data, on June 19, 2020 and became the first Tu-214 aircraft built over the past year and a half.

On July 8, 2020, the Ulyanovsk JSC Spectrum Avia announced the completion of painting of this new Tu-214PU (RA-64532) aircraft in the livery of the SLO Rossiya.

Later it became known that these three aircraft are being completed in the configuration of the Tu-214PU for the SLO "Russia". The basis for the construction of these three Tu-214 aircraft for the Russia’s SLO was Decree of the Government of the Russian Federation No. 1387 dated December 17, 2016, agreement No. UD-1401d dated December 27, 2016 on the provision of a subsidy between the Office of the President of the Russian Federation and Rostec ", an agreement of May 2, 2017 between Rostec Group of Companies and PJSC UAC and an agreement of May 31, 2017 between PJSC UAC and PJSC Tupolev. Thus, Rostec GC acts as the formal lead customer of three of these Tu-214PU aircraft at the UAC (lead contractor) for subsequent delivery to the Office of the President of the Russian Federation.

To date, the SLO "Russia" already has 15 Tu-214 aircraft of various modifications and four Tu-204 aircraft.

So far, in total, 32 Tu-214 aircraft have been built in this way at the Kazan Aviation Plant, and the total number of built vehicles of the Tu-204 / Tu-214 family built in the USSR and Russia since 1989, together with prototypes, amounted to 86 units. 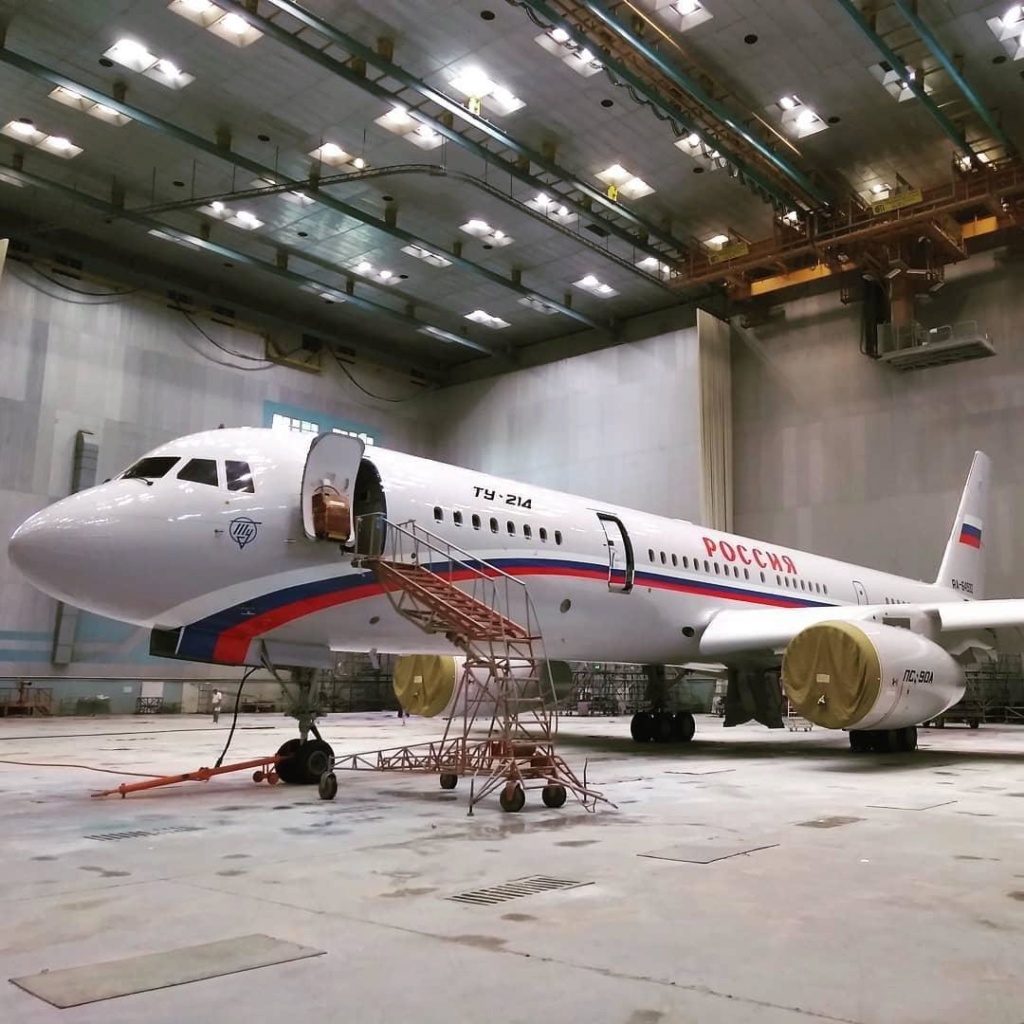 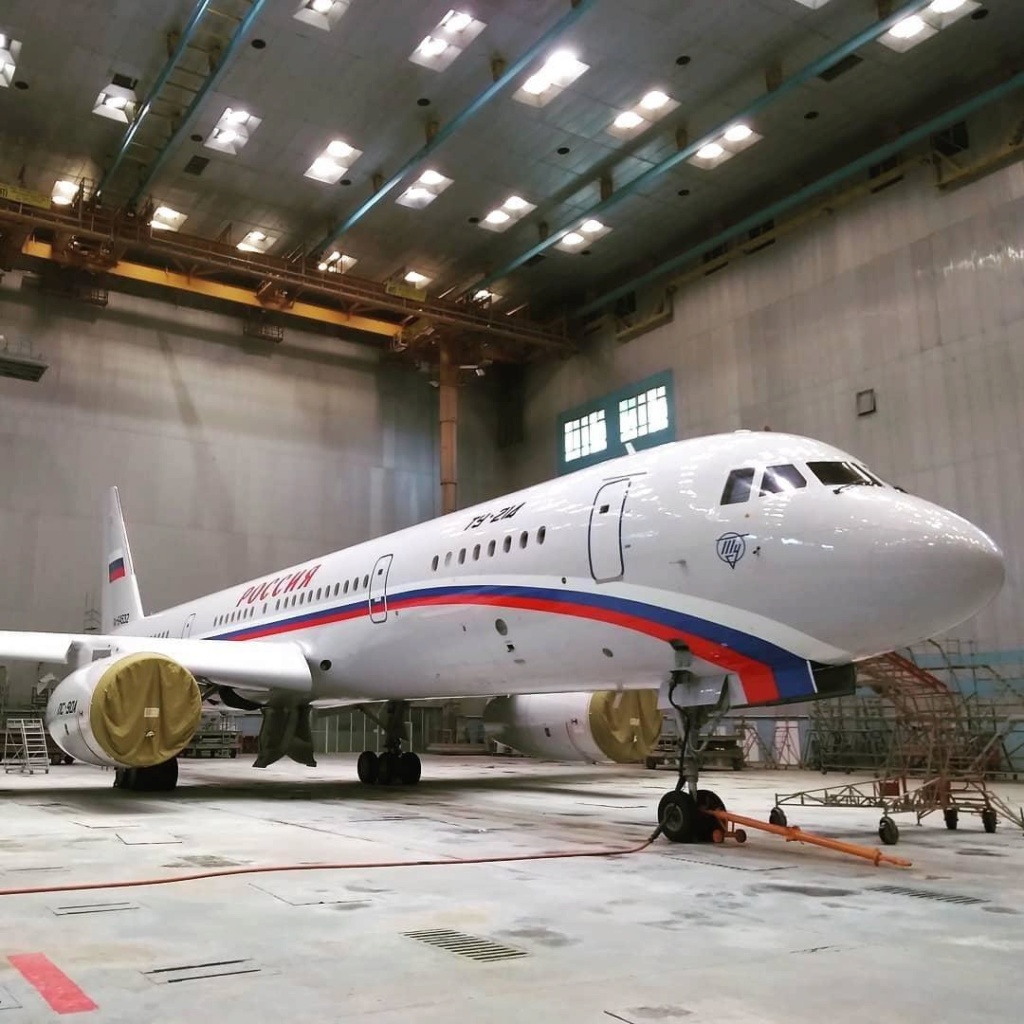 The first Mi-38 helicopter for the Rossiya Special Flight Squad

During a visit on September 4, 2020 by the President of the Republic of Tatarstan R.N. Minnikhanov and the Minister of the Russian Federation for Civil Defense, Emergencies and Elimination of the Consequences of Natural Disasters, Colonel-General E.N. Zinichev PJSC Kazan Helicopter Plant (KHZ) demonstrated the first helicopter Mi-38-4 (registration number RA-14340 , presumable serial number 26004 and serial number 01-04).

The helicopter performed by the Mi-38-4 has a multi-seat passenger cabin, not a VIP cabin. In December 2019, Andrey Boginsky, General Director of Russian Helicopters (which includes Kazan Helicopters), said that the Administrative Department of the President of the Russian Federation had signed a contract for the supply of two Mi-38 helicopters for the Russia SLO, which are to be delivered in 2020 ...

The manufactured helicopter with registration RA-14340 is the first one built under this contract for the Rossiya SLO, and the second civil production Mi-38 helicopter as a whole. Recall that in February 2020, Kazan Helicopters deliveredof the company "Gazprombank Leasing", built back in 2019, the first civilian serial Mi-38 helicopter performed by the Mi-38-2 (with a luxury cabin) with registration number RA-14341 (serial number 26005, serial number 01-05), the operator of which the company "Russian Helicopter Systems" (RVS) acts.

Also in 2018 and 2019, Kazan Helicopters manufactured under a contract with the Russian Ministry of Defense two experimental Mi-38T transport and landing helicopters (serial numbers 26001 and 26002, serial numbers 01-01 and 01-02, yellow side numbers "71" and "72" respectively) for joint flight tests.

At the beginning of 2019, the managing director of Kazan Helicopters Yuri Pustovgarov said,that the enterprise "for 2019-2021 already has a firm order for 21 Mi-38s, half of them for government agencies." At the Army-2020 International Military-Technical Forum in August 2020, the Russian Ministry of Defense signed a contract with Russian Helicopters for the supply of two more Mi-38 helicopters with a high-comfort cabin. 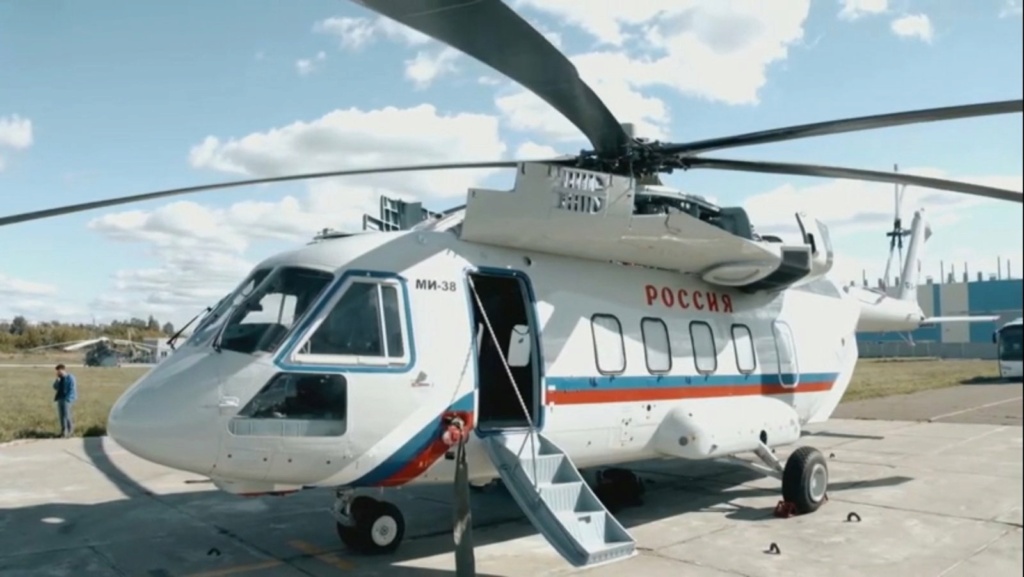 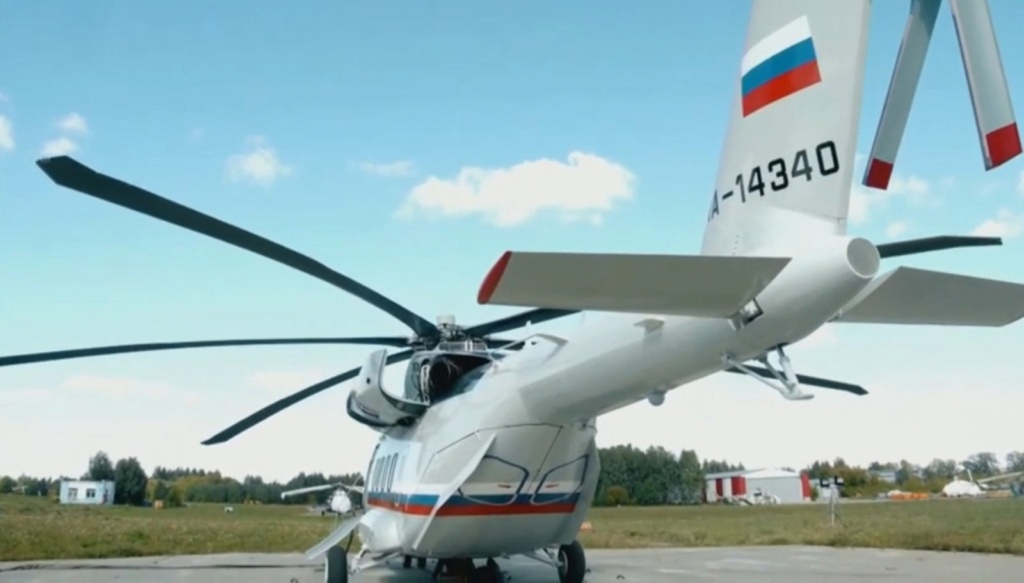 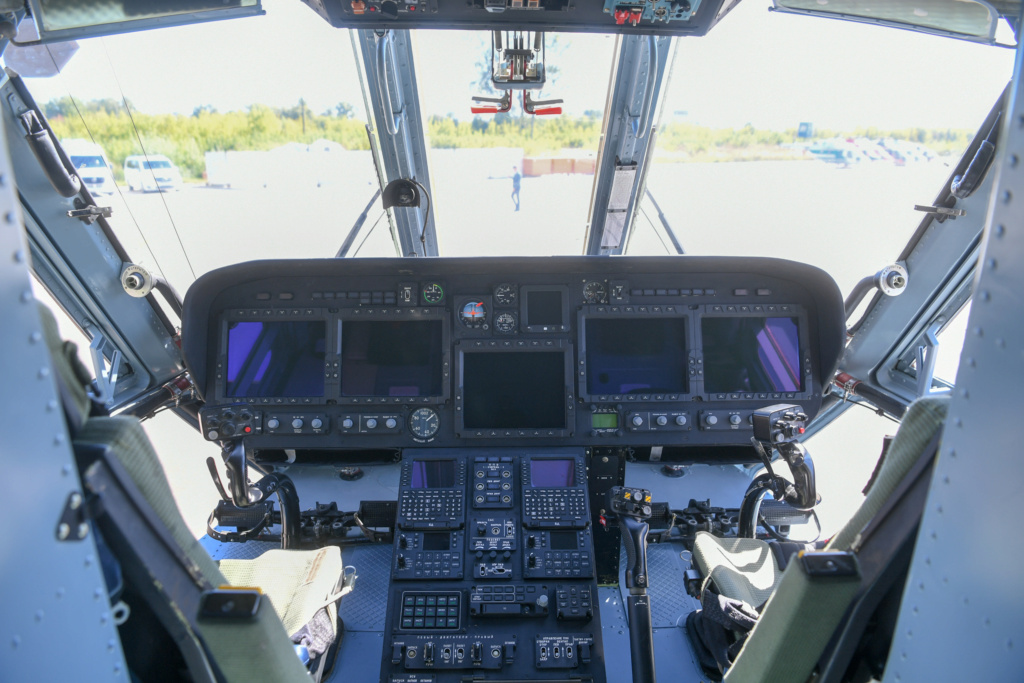 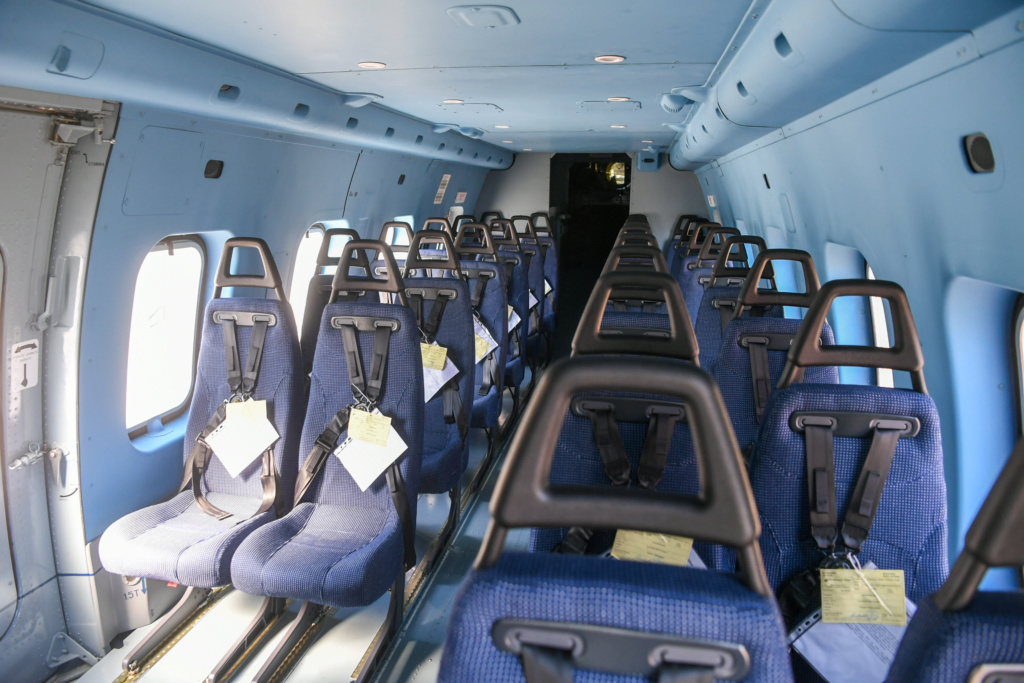 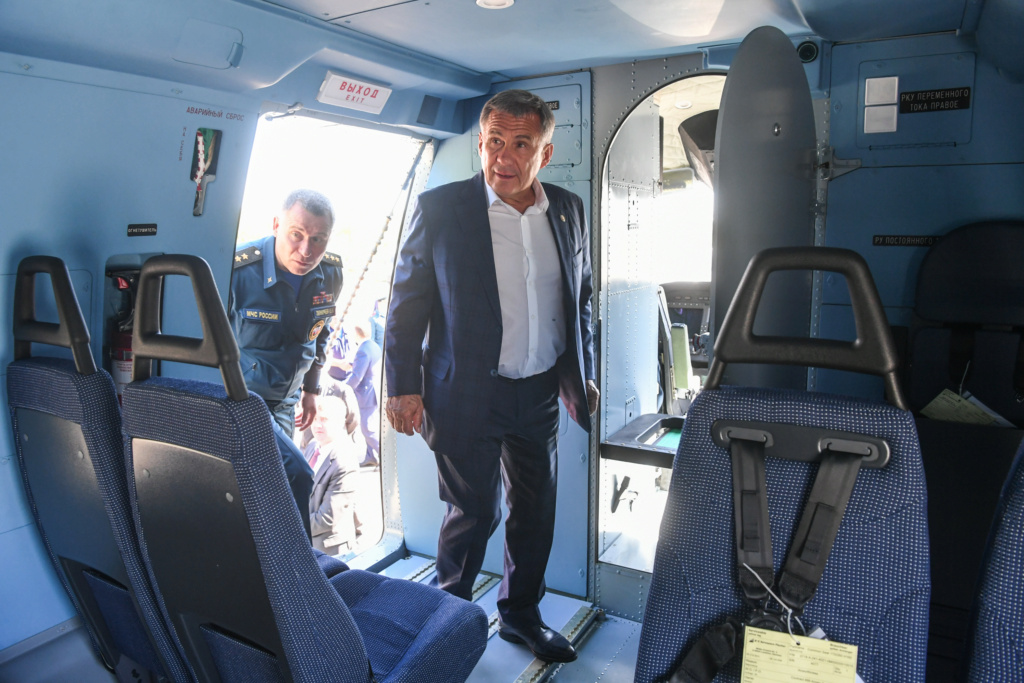 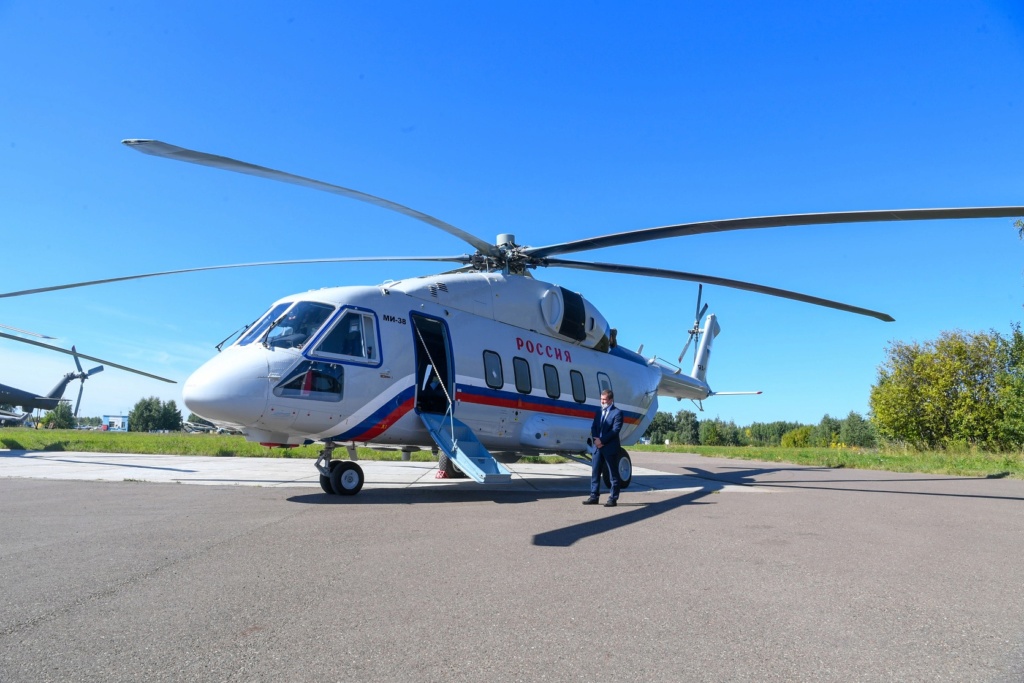 Another Tu-214 was built

As spotters report, in December 2020, flight tests of the built at the Kazan Aviation Plant (KAZ) named after S.P. Gorbunov (a branch of Tupolev PJSC) of the Tu-214PU aircraft (serial number 44912033, serial number 533, registration number RA-64533). Presumably, this is the third and final special-purpose aircraft - control point Tu-214PU, manufactured under a 2017 contract for three aircraft of this type for the Federal State Budgetary Institution "Special Flight Squad (SLO)" Russia "of the Administrative Department of the President of the Russian Federation.

To date, the Rossiya SLO already has 15 Tu-214 aircraft of various modifications and four Tu-204 aircraft.

In total, so far, 33 Tu-214 aircraft have been built at the Kazan Aviation Plant in this way, and the total number of Tu-204 / Tu-214 family vehicles built in the USSR and Russia since 1989, together with prototypes, amounted to 87 units.