I am looking for pictures , videos and other information possible and available in open source.
Austin

Quick google - interesting at magnitude of the protection.

Thanks Viktor any more pictures , videos and other details are welcome , if i have enough information would love to blog it and resurrect my blog

Interesting thing about the video is Putins security arrangement when he was PM.

But he has a nice Armoured Mercedes Limmo for sure .....In india the PM uses Armoured BMW.

Another fact that was missing in Putins Calvary was absense of any jammer/communication vehical , In Indian Prime Minister cavalcade we see few jammer/EW vehical that accompanies it.
Austin 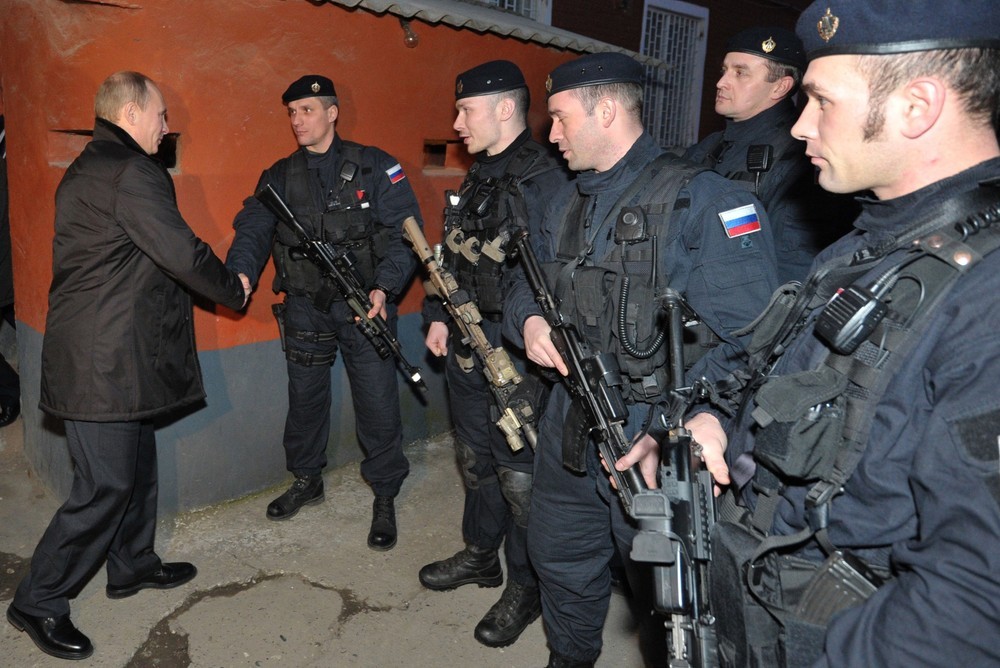 The SPS: The gun used by Vladimir Putin's bodyguards

A modified version of the legendary, “sort-of-classified” SPS pistol may soon enter service in the Russian armed forces. Considered one of the best handguns in the world, the SPS is flexible and capable of penetrating body armor.

The two standard-issue pistols used by the Russian military, the PM (the Makarov pistol) and MP-443 Grach, will soon be replaced by a new model developed by TsNIITochMash (Central Research Institute for Precision Engineering), according to a statement by the institute.

The statement does not reveal exactly which handgun is to enter service, but certain details suggest it is a modified version of the SPS (the Serdyukov pistol), Russia's most deadly and ergonomic sidearm.

Designed in Russia “from scratch,” the SPS is considered one of the best modern pistols in the world. However, the pistol, despite not being classified, is known exclusively to weapons experts.

The sidearm of Putin's bodyguards

The SPS (named after its designer, who incidentally shares his last name with a former Russian defense minister) is used by Russia's Federal Guards Service, President Vladimir Putin's personal security force. Its agents are inseparable from the Russian leader and accompany him on all his travels around the world.

The SPS was developed in the 1990s – a very troubled period in Russian history – as a new sidearm for Russian military and police officers: The crime rate skyrocketed in the country during the decade, and many criminals had access to body armor, so there was a need for a pistol capable of penetrating it. And that it does: A shot from an SPS with 9x21 mm armor-piercing SP10 bullets, developed specifically for the pistol, can penetrate up to 30 layers of Kevlar augmented with either a titanium (up to 1.4 mm) or a steel (up to 4 mm) plate.


The SPS is constantly being improved: in August 2012, TsNIITochMash presented the latest version of the pistol – the SR1MP, equipped with a Picatinny rail for mounting various accessories including reflector and laser sights, as well as tactical flashlights. The SR1MP can also be equipped with a suppressor.

Though not yet adopted by the Russian army, the SPS — along with its various derivatives — is in production by the Mayak factory in Kirov (600 miles northeast of Moscow). The pistol is used by the elite forces of Russia’s FSB, Federal Guards Service and Internal Ministry.

» The Situation in the Ukraine. #7
» Russian presidential/government aircraft
» Security of Russian air bases
» Soviet SAM systems. What are your thoughts?
» Russian Cruise Missiles Thread
Current date/time is 29/09/22, 03:19 am