An authentic British has been now scandalously selected as chancellor.

British Prime Minister Liz Truss sacked Chancellor of the Exchequer Kwasi Kwarteng ahead of an expected reversal of his mini-budget last month.

The chancellor, who had held office for just five weeks, resigned at unelected Truss' request after being called back early from a meeting with the International Monetary Fund in New York.

Frankly, who gives a shit about British politics or Britain. It's a insignificant country that's trying to stay relevant by being a bothersome as possible while it's slowly circling the drain and hopefully soon will be flushed down the toilet where it belongs.

Robert.V wrote:Frankly, who gives a shit about British politics or Britain.  It's a insignificant country that's trying to stay relevant  by being a bothersome  as possible  while it's slowly circling the drain and hopefully soon will be flushed down the toilet where it belongs.

Not a fan of the dynamic duo; Liz Truss and King Charles III, I see?

Robert.V wrote:Frankly, who gives a shit about British politics or Britain.  It's a insignificant country that's trying to stay relevant  by being a bothersome  as possible  while it's slowly circling the drain and hopefully soon will be flushed down the toilet where it belongs.

Not a fan of the dynamic duo; Liz Truss and King Charles III, I see?

Never been a fan of it since my history class. Or when I actually was there. Ugly ass country bar towns like Oxfordshire, etc.


And the other positive thing are the women. Not the most pretty ..but they tend scratch a certain sexual niche.

Anyway here's a good economics video that should provide context to the follow-up political crisis going on in Britain now. For those who do happen to be interested, of course.

I am sure if it isn't it very soon will be... British comedians can be brutal...

Is it ironic that the best political commentators in the US and UK are comedians...

My favourite British political commentator would have to be Frankie Boyle....

So much for "democracy" in the UK. What a transparent regime change operation to install an elite tool.

kvs wrote:So much for "democracy" in the UK.   What a transparent regime change operation to install an elite tool.

How can you be any more of an elite tool than Liz Truss is already? Or did she rise to power through her charisma?

She's simply an embarrassment, that's the trouble for the establishment I believe 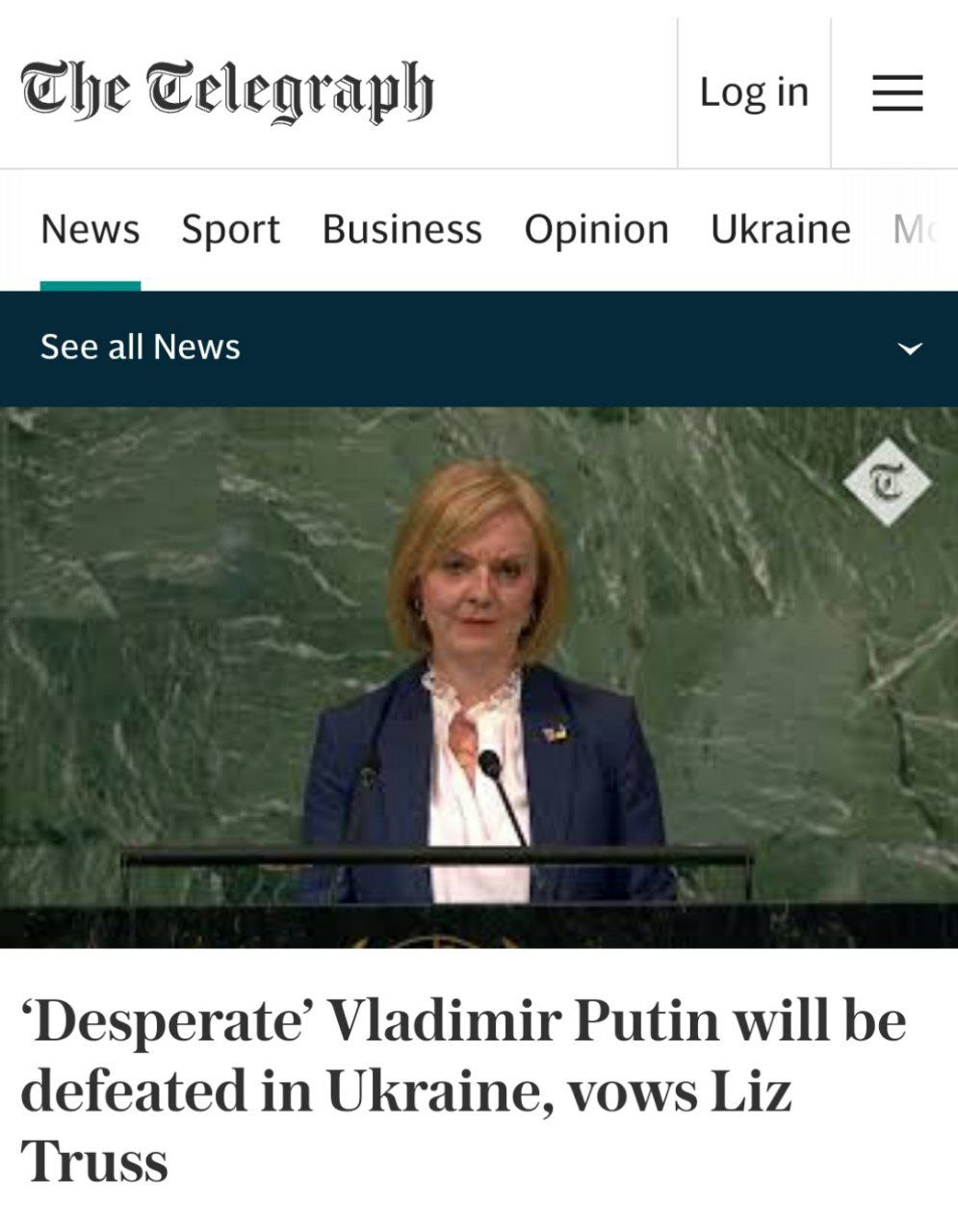 Truss announced that she is resigning

The election of the new British Prime Minister and the leader of the Conservatives will be held next week, said Liz Truss 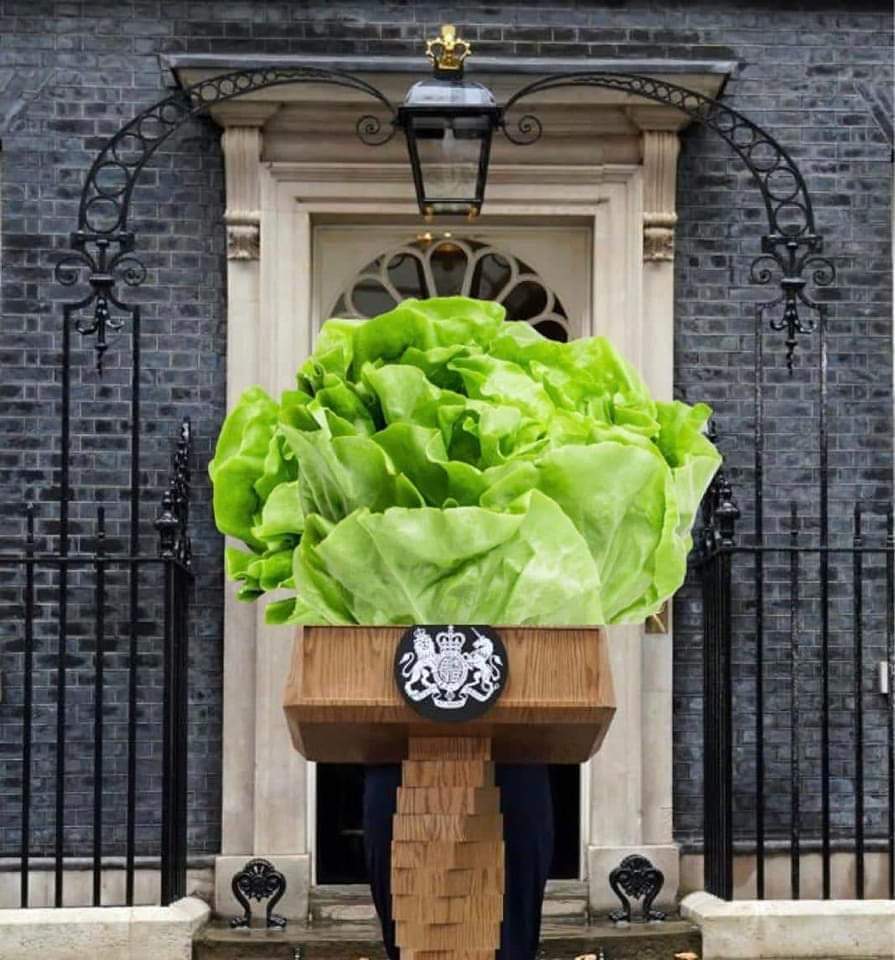 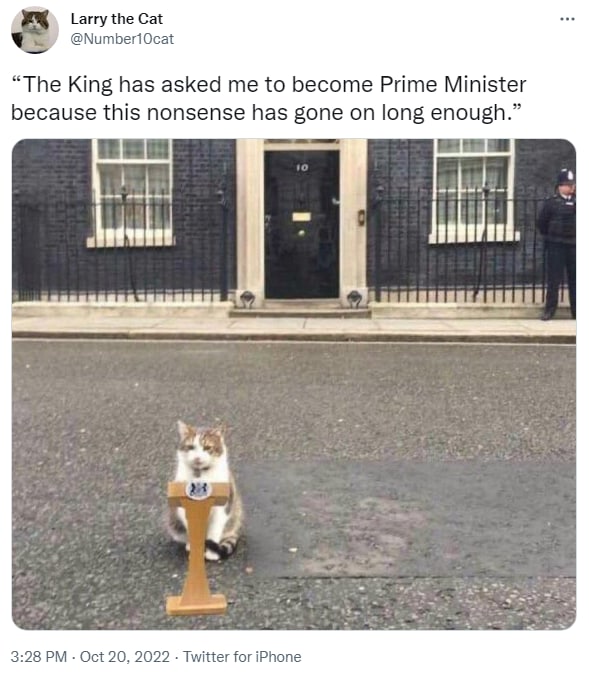 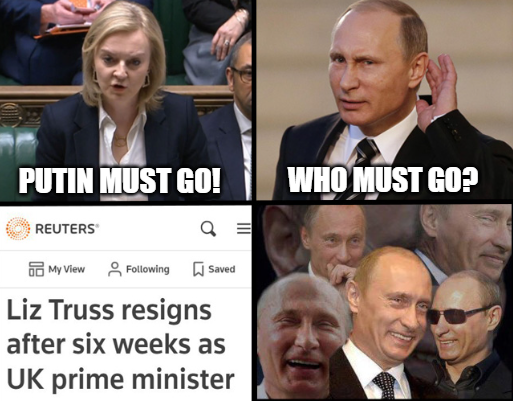 From now on kindly refer to Dr. Boris Johnson, PhD from Lvov University, and no longer the Court's buffoon as a possible PM comeback.

The Bank of England's eighth interest rate rise in succession was anticipated to be the largest since 1989, coming against the backdrop of skyrocketing inflation.

The Bank of England (BoE) has announced its biggest interest rate hike in over 30 years in an effort to tame soaring inflation.

The BoE Monetary Policy Committee’s nine members voted to jack up the key rate by 0.75 percent to reach a base rate of three percent. The BoE also warned that inflation was expected to peak at 11 percent in the current quarter, up from 10.1 percent in September.

"Inflation is too high. It is well above our 2% target. High energy, food and other bills are hitting people hard. If high inflation continues, it will hurt everybody. Low and stable inflation helps people plan for the future. Raising interest rates is the best way we have to bring inflation down. We know that many people are facing higher borrowing costs. In particular, many households face higher mortgage rates. And some businesses face higher loan rates. It’s our job to make sure that inflation returns to our 2% target," the bank said in its statement.

According to the Bank of England, the UK entered recession in the third quarter of this year, amid soaring global energy and goods prices.

The Monetary Policy Committee's projections also stated that the UK economy was expected to be in recession for a prolonged period, with Consumer Price Index (CPI) inflation elevated at over 10 percent in the near term. Unemployment was also expected to rise, with the jobless rate reaching almost 6.5 percent by late 2025, up from the current 3.5 percent.

To save the economy, Britain will be returned to the 19th century, by Valeria Verbinina for VZGLYAD. 01.09.2023.

Having survived last week's "Black Thursday" and fearing a disastrous "Black Half Year" for the country, the British authorities decided to suppress the strike movement. Now it has taken on a scale that has not been seen for almost 50 years. And the government of Rishi Sunak will fight it with such methods that make you remember the century before last.

When Rishi Sunak became prime minister of Great Britain , many wondered if he would last longer than his predecessor, Liz Truss, who left him a legacy of serious problems, primarily  economic ones .

By now, Sunak has not only "survived" Liz in high office, but is also serious about quelling a wave of strikes that threaten the stability of the United Kingdom. In intensity, these events are comparable to the famous strikes of the 1970s.

The government 's biggest concern is railroad strikes, which could cause a transport collapse. Last week, 80,000 trains did not leave on schedule, and on January 5, only one train out of five followed the schedule, and some lines were left without electric trains at all, which gave local journalists grounds to call this day a "nightmare Thursday."

The unions are threatening to strike until June if necessary. And Mike Whelan, general secretary of the Aslef machinists' union, said the strike "cannot be avoided" until the parties find a reasonable compromise:

“The situation is getting worse and union members are not going to back down because we don't see any progress. We live in a strange world in which the government is willing to do anything to keep private companies in the industry... These companies claim that their hands are tied by the government, while the government - which is not our employer - says that we must negotiate with companies. We are always happy to agree - to sit down at the table and start a discussion, but the companies do not offer us anything, and such an attitude is unacceptable.

According to him, the wages of workers in the industry have not been raised for several years, while the inflation that has been growing lately is eating away all their incomes.

As for the Prime Minister, he said that "the people have the right to strike", but "it must not violate the rights of British citizens ... which, as we have seen, is happening in recent days."

Under the guise of protecting the rights of citizens, Sunak and his cabinet are preparing an initiative whose main goal is to further curtail the rights of trade unions and strikers. But from them, and so little is left, when compared with the previous standards of the European Union.

If details leaked to the British press are to be believed, the law should ensure a minimum level of functioning for critical industries: transport, health and education systems, fire protection, border guards and the nuclear industry. If the trade unions refuse to provide such a level, the strike is declared illegal with all the ensuing consequences for its participants.

According to an unnamed Times source (quoted in a Guardian reprint ): “This law nullifies the rights of strikers if the union fails to provide a minimum level of service. Strikes will become illegal. Eventually anyone can be fired for breach of contract."

Thus, the government imposes conditions on the right to strike that, on the one hand, deprive them of their meaning, and on the other hand, carry an unambiguous threat to the strikers. This return is not even in the years of the "iron lady" Margaret Thatcher, whom many in the country commemorate with an unkind word, but in the 19th century.

Officially, the press service of the Prime Minister's office declined to comment on the upcoming law, limiting itself to a general statement that "the ministers continue to discuss further measures to minimize risks and protect citizens, but have not yet reached any conclusions."

Labor leader Keir Starmer has already said that if his party wins the next election (which is more than likely - the ruling Conservative Party's ratings are at historic lows), they will repeal the law "if it actually proposes restrictions" on workers' rights.

It is worth noting the peculiar linguistic resourcefulness of British journalists, who (as, by the way, their French colleagues when they talk about strikes at home) prefer to use smoother and more vague expressions instead of the word “strike”, but when it comes to the upcoming law, they forget about caution and directly call it "anti-strike".

Dave Penman, general secretary of the FDA, said passing the controversial legislation would not solve the problem of the low wages that started the strikes:

"The prime minister is free to make his choice, but he will not achieve anything in this way."

“The truth is,”  he added , “that it’s just a pay raise. And until this problem is solved, until the government tries to solve it, it may try to somehow limit our right to strike, but the strikes will still not stop.”

According to leaked government correspondence, Sunak is serious. Not only is he not going to give in, but he also considered the question of banning certain categories of employees from becoming members of trade unions. This would automatically make them completely dependent on their employers. Sunak's cabinet dreams of exactly this, but he had to abandon such a bold undertaking. “It would be difficult to justify” such a measure, since according to the European Convention on Human Rights, workers have the right to become members of trade unions, so it was decided to take a different path, which would nevertheless make life as difficult as possible for the strikers.

Has he already exhausted his options... did he try to suggest that anyone who is striking is helping Putin and that strikes in the UK are Putin Strikes that kill Ukrainian children and puppy dogs and puddy tats?

Essentially his house is on fire and he is dealing with it by trying to rearrange the furniture so the cheap shit burns but the big screen TV can be saved... he was too cheap to pay for insurance you see....
Sponsored content