Very simply rocket fuel burns at a fixed rate that can't be changed after it is made, so most very long range rockets use two types of fuel.

If they used all high power high energy fast burning fuel it would rapidly accelerate but then drag would slow it down... most modern AAMs have at least two rocket fuel types too... the first is fast burning high energy fuel that accelerates the weapon off the missile rail and accelerates it rapidly to high speed. For long range missiles the missile often climbs at the same time, but that high energy fuel burns rapidly so it quickly burns out.... the problem is air... the more power you apply to the rocket the faster it goes but it is not consistent... doubling the engine power does not double the speed and as you get faster and faster for a given aerodynamic shape it actually gets worse... so 10 ton thrust at mach 3, does not mean 20 tons thrust means mach 6... no matter how powerful the engine is there will be a top speed limit so burning high energy rocket fuel all the way to the target means the rocket might reach top speed at 15 seconds in to the flight, but for the rest of the flight it wont accelerate any more, but because the rocket fuel is high energy it also burns much faster so in 50 or 60 seconds it burns out and all of a sudden you have no power and drag starts to decelerate you fairly rapidly unless you compensate with a dive.

A better solution is to use lower energy rocket fuel that burns much much longer but does not have as much energy.

It has an added bonus for missiles like Iskander, which Kinzhal is based upon because neither missile has large external control surfaces, so it is the lower energy fuel with internal control surfaces that direct the rocket thrust that actually steer the missile on to the target anyway... and it is known that the missile manouvers during its entire flight... it does not have a ballistic path... which proves I am right and you are not.

A colourful way of stating things, but largely accurate... it is just his opinion and he is totally wrong in this case regarding the workings of the missile in question.

The new AAMs also burn fuel very quickly and fly a large part of the flight without propulsion. Only AAM Meteorite has a ramjet engine that works longer. Therefore, Zircon is a better option than Kindzal and scramjet can replace some rocket engines. The scramjet engine can run much longer. This is a breakthrough, not Iskander fired from an airplane.

Arrow wrote:The new AAMs also burn fuel very quickly and fly a large part of the flight without propulsion. Only AAM Meteorite has a ramjet engine that works longer. Therefore, Zircon is a better option than Kindzal and scramjet can replace some rocket engines. The scramjet engine can run much longer. This is a breakthrough, not Iskander fired from an airplane.

Iskander and kinzhals follow a quasi-ballistic trajectory maneuvering at every phase of their flights. Ballistic missiles do not face drag because of this so such high speeds can still be maintained. Air-breathable missiles deal with drag better Oniks and Moskit with high and low altitudes which is why the supersonic variants of kalibr have to follow a ballistic trajectory but their flight ceilings of 1km are not that bad. The U.S. has not presented any progression or projects as of yet to utilize scramjet and ramjet designs which is sort of sad seeing a British missile company make them for their f-35s and even the French show better progression than the U.S. in Air breathable engines. For example look at the igla projects, the IL-76 hypersonic drone introduction which shows the total 6 meter reference and it also shows that the rocket engine appears longer than the scramjet engine which suggests the scramjet is smaller than 3 meters and the Brahmos-NG, that they can easily have a project similar to HAWCs or the ASN4G already operational but their tasks and goals of a similar project are to put one inside the Su-57 which is a little more difficult with a 4.6 meter by 1 meter reference weapons bay and the addition of a warhead unlike the drone example.

The new AAMs also burn fuel very quickly and fly a large part of the flight without propulsion.

Would those happen to be the ones with the fins and control surfaces on the outside so they can manouver to hit their target?

Short range missiles generally have two types of fuel too... as I described simply because losing less speed to drag means it travels faster for longer... greatly increasing flight range over having all high energy fuel that gets it to a slightly higher peak speed but then slowing down much faster on the way to the target.


Only AAM Meteorite has a ramjet engine that works longer.

It is only a ramjet so its speed is limited to similar to most contemporary small rockets... ie mach 4-6.

A Scramjet powered missile can move at twice that speed or faster... but both types of engine allow intelligent throttling which rocket fuel can't.

A solid rocket fuel missile launched at low altitude will burn up its high energy fuel trying to climb and accelerate so it wont get to the height or speed the same missile would get if launched at high altitude so the range will be much shorter.

Launched at lower altitude its top speed will be much lower because drag will be higher so that high energy fuel will be wasted at low to medium altitude.

A ramjet or scramjet powered missile could use a relatively low throttle setting when launched at low altitude to climb and as it climbs it will be able to go faster and faster to the throttle will increase as it climbs so it wont waste fuel at low altitude... once it gets to altitude it can accelerate to speed and then throttle back to just overcome drag... greatly extending range and speed over a solid fuelled rocket.

Note it was mentioned that the newest short range IIR missile the Russians have has three rocket fuels, with a high power and then a low power, but also another high power fuel which is separate from the first two. On launch the first high power fuel accelerates the missile up to speed and to climb a little depending on the target and its distance. That fuel burns out fairly quickly but once it burns out the lower energy fuel burns to maintain speed and counter drag. When the missile gets close to the target... even if the low energy fuel is still burning the other fuel lights up giving much more energy to the thrust vectoring engine to allow extreme turns and manouver performance to the missile... even if the target is 30km away... it will burn the first and second fuels and then coast to the target... when it gets close it fires up the high energy terminal attack fuel... very clever... obvious... but clever.


Therefore, Zircon is a better option than Kindzal and scramjet can replace some rocket engines. The scramjet engine can run much longer. This is a breakthrough, not Iskander fired from an airplane.

Yeah, you are missing the apples for the trees buddy.

A scramjet motor is much more efficient and clever, but a rocket powered Kinzhal does the job and because it was based on an existing weapon it is practically already in production and is now in service.

It is a bit like the Army needing an artillery rocket that can be fired from the back of a small vehicle... using an 80mm rocket pod developed for aircraft... already in service and production... you just need to modify the launcher and it is ready to go.

Russia and the Soviet Union have lots of ramjet powered missiles... from the SA-6, and Kh-31 family, through quite a few of their low flying supersonic anti ship missiles like Granit and Vulkan and Moskit. 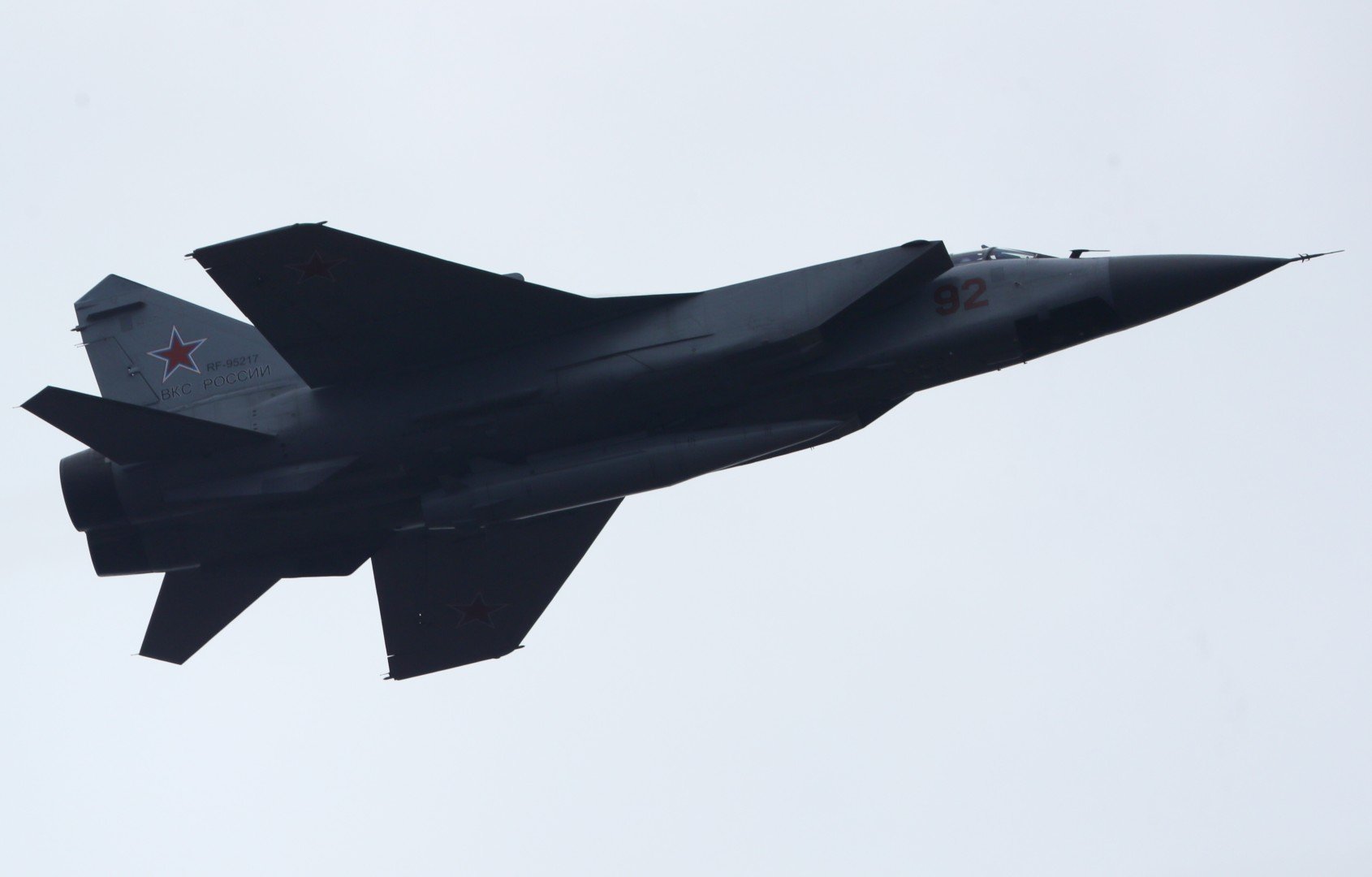 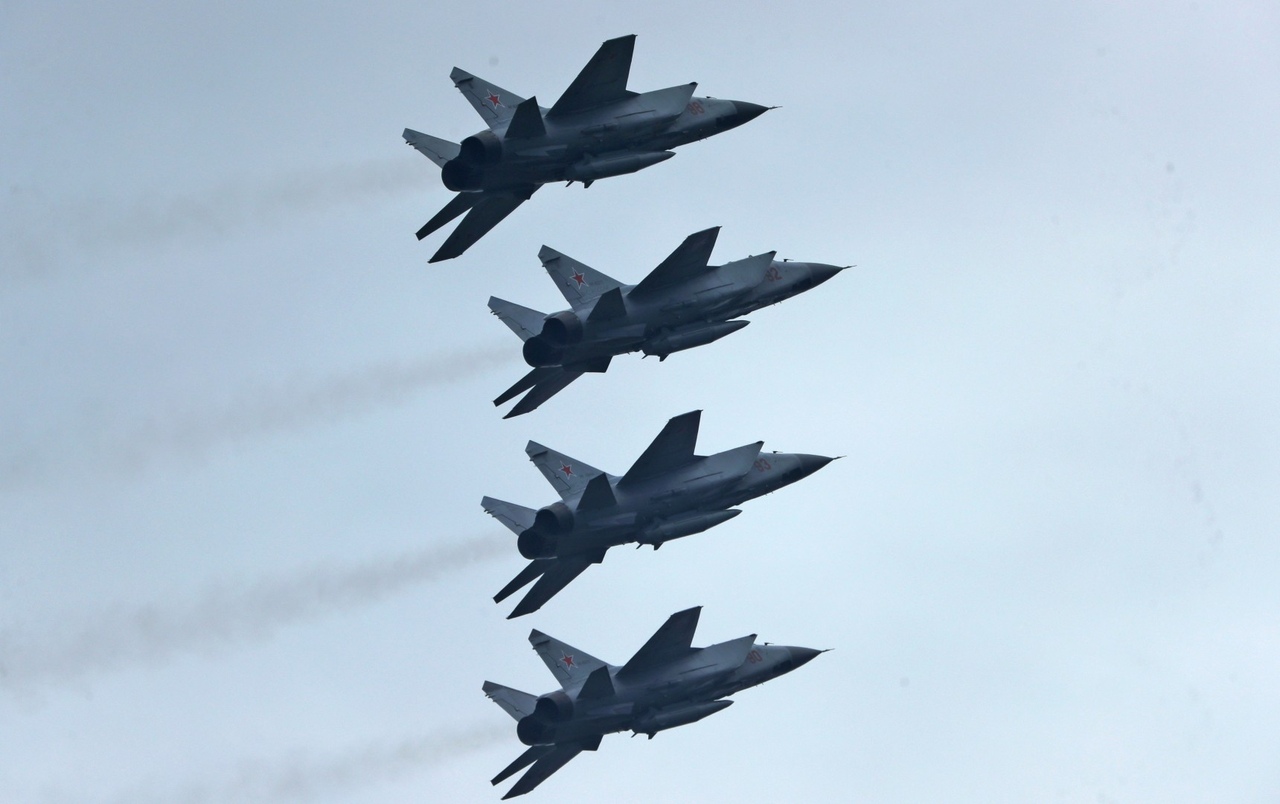 That's a mission kill against a Ford-class CVN right there

On 2nd thoughts, shoot at the Nimitz-class instead. The Ford can't even launch aircraft....

Such a brutishly beautiful machine.

Easy to look pretty when you are so well endowed...
magnumcromagnon 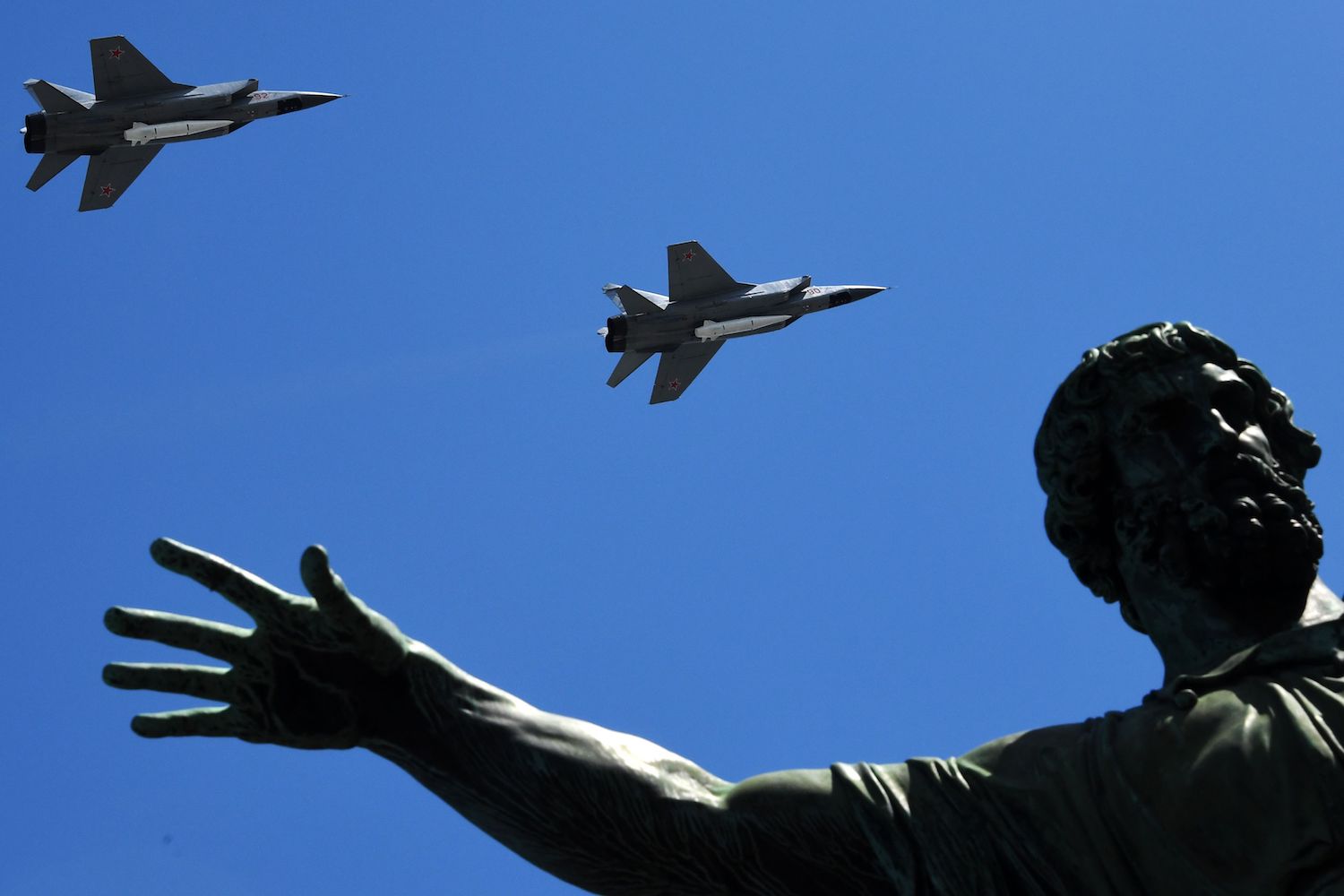 The point is that with the INF treaty gone you can upgrade the airborne version and the ground launched version so any improvement effects the ground and air components of your military.

Quite a while ago a member called Ironsightsniper suggested a naval version of the Iskander after he heard about its ability to manouver and evade enemy air defences.

I said it wouldn't make sense simply because while the INF treaty does not apply to naval weapons on ships or aircraft weapons on aircraft, the development of longer ranged naval models would lead to the US accusing Russia of potentially breaking the INF treaty when naval models of the missile exceed 500km range.

Now that the US has torn up the INF treaty I am thinking a new model Iskander that could fit in a UKSK-M tube with a range of 2-3 thousand kms would be rather interesting.... the problem of course is that the speed of rocket powered weapons is fairly limited... replace it with a rocket boosted scramjet powered missile and you get potentially more speed and more range for the same weight of fuel... and with smart control of the fuel consumption with a jet engine rather than a rocket, it should be even more flexible and capable... so in a way I am thinking Zircon could be adapted to be that weapon anyway... increase its dimensions to fully fit the launch tube and use new rocket propellent to get it moving faster and higher with less weight of rocket fuel leaving more space for scramjet fuel which means faster and longer ranged...

There is plenty of scope for the Army to improve their Iskanders that are already widely in service now.
Hole 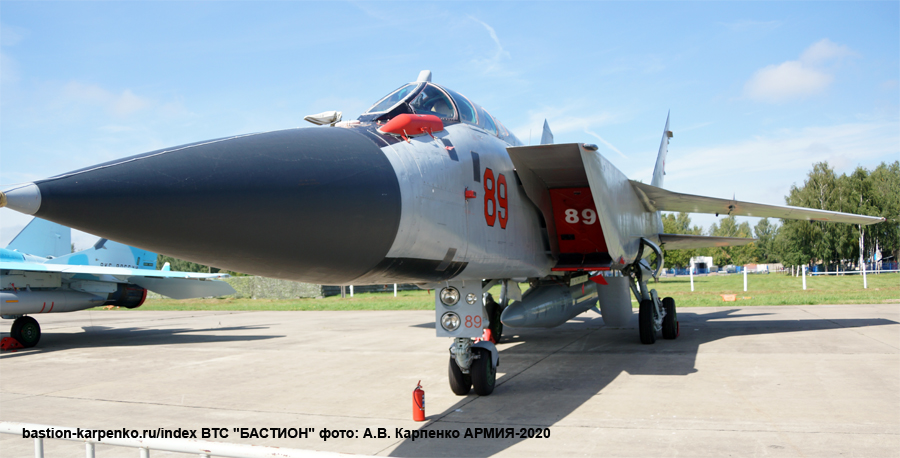 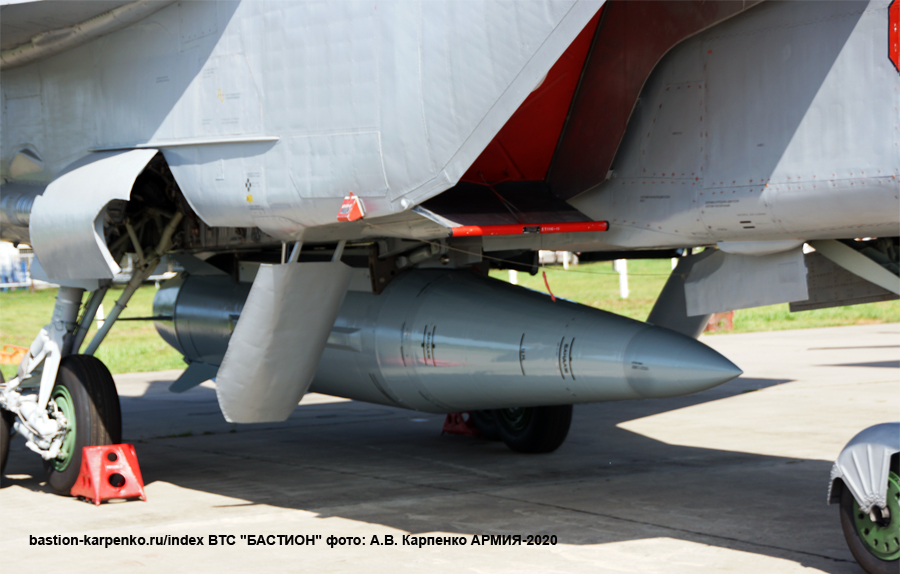 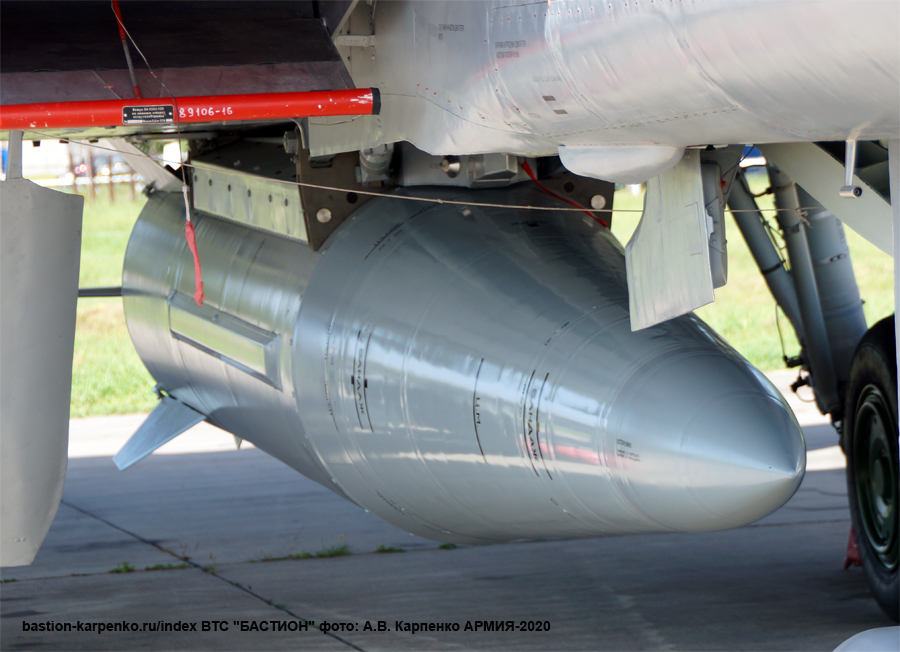 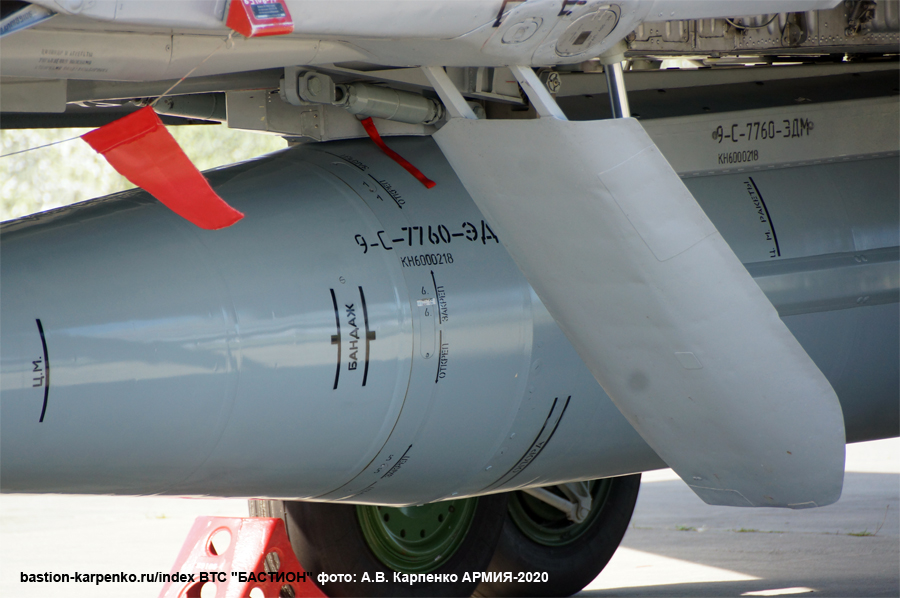 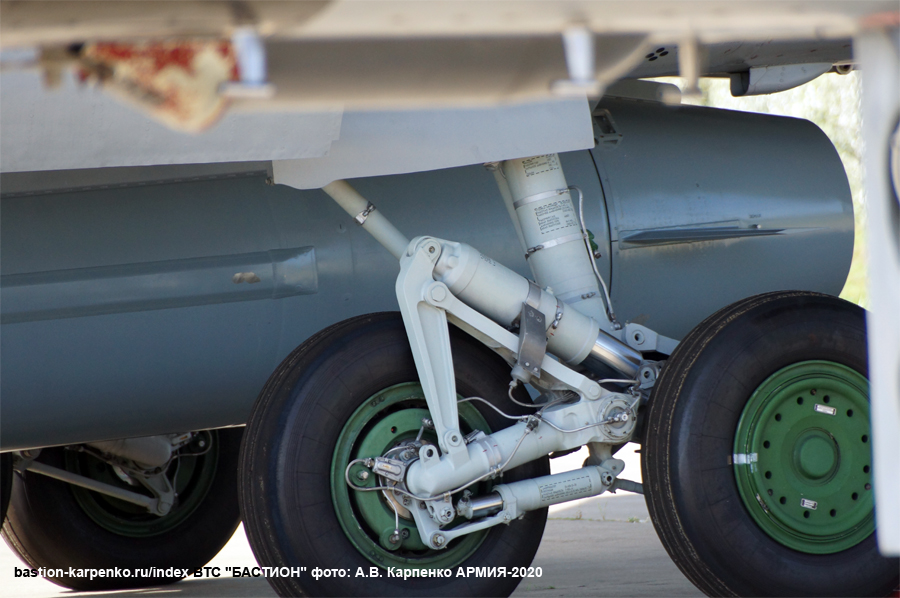 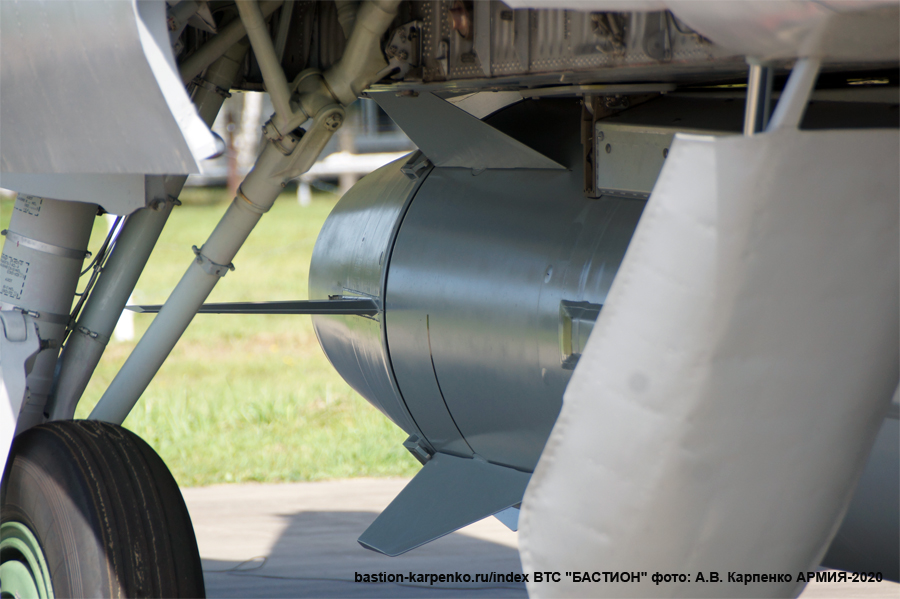