The Pacific Fleet’s detachment composed of the major ASW ship Admiral Tributs, Admiral Vinogradov and the middle sea tanker Pechenga completed their call to the port of Cam Ranh (Vietnam) which started on 3 June.

The port authorities conducted a solemn farewell ceremony on this case, which was attended by the Russian diplomats of the RF General Consulate in Ho Chi Minh City together with the representatives of the Vietnamese Defence Ministry and the Command of the Naval District.

During the call, the Pacific Fleet officers took part in a protocol meeting with the command of the Vietnamese Navy’s regional unit. The Russian and Vietnamese sailors held a friendly mini-football match in Cam Ranh. The Pacific Fleet seamen toured local historical sites.

After the port call, the ships of the Pacific Fleet and the 4th Naval District of the Vietnamese Navy are to hold a joint signal exercise, joint tactical manoeuvring, as well as search and rescue drills at sea.

3M-14E Kalibr missile training class at Vietnam's Naval Academy. The missile is used in the Kilo submarines, its a land attack cruise missile. 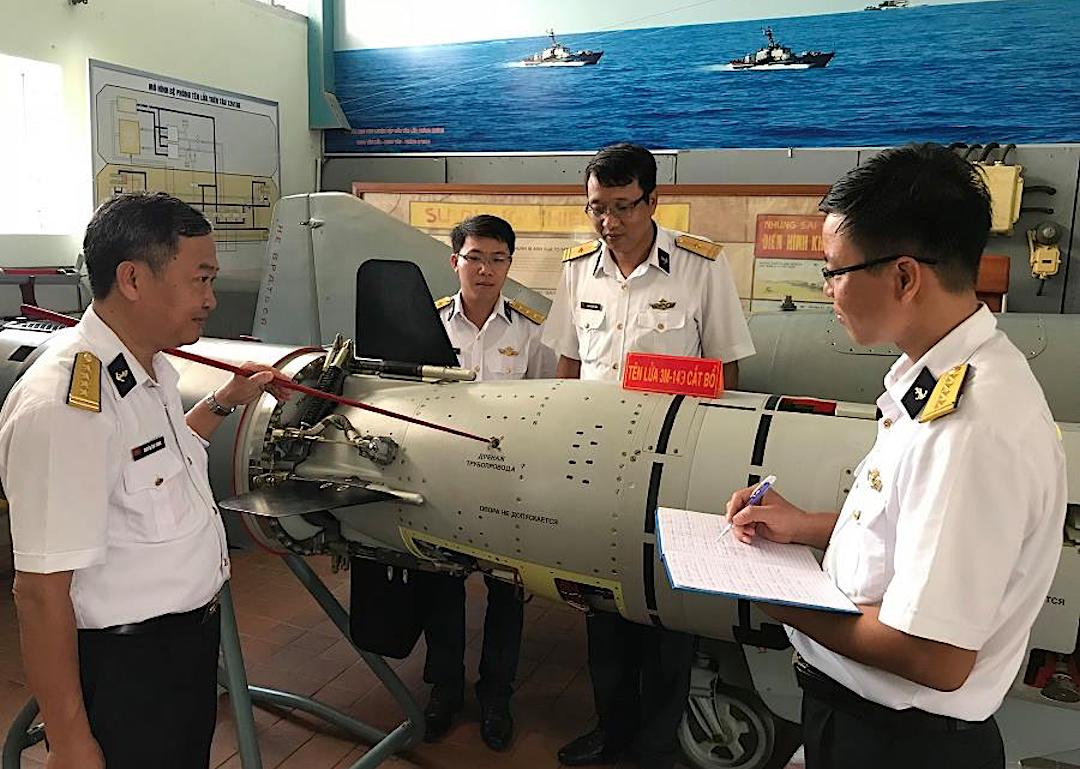 Russia offers most advanced types of military hardware to Vietnam

HANOI, October 4. /TASS/. Russia is prepared to provide to Vietnam its cutting-edge weapons and other military hardware, for it faces no external restrictions in this field, Russian export and import giant Rosoboronexport’s delegates told TASS on the sidelines of the international exhibition Defense and Security Expo underway in Hanoi on October 2-4.
Russia’s participation in Defense and Security Expo

Russia agreed to take part in this exhibition on a large scale at Vietnam’s request, although originally this event was absent from Rosobonrexport’s agenda this year, the company said.

"We are present here under the aegis of the Federal Service for Military-Technical Cooperation. About two dozen Russian organizations and enterprises are taking part. Their products are in demand among Vietnam’s armed forces and law enforcement agencies, as well as among other countries in Southeast Asia," Rosoboronexport’s spokesperson said, adding that this exhibition was of interest to Russia, because eventually it might acquire inter-regional dimension.

According to the official, the Russian exposition is the largest. The Russian pavilion has been visited by representatives from all of the Vietnamese armed forces’ arms and services, as well as national defense and public security ministers.

A large number of agreements on further Russian-Vietnamese military-technical cooperation was concluded.

"As far as the themes of negotiations with the Vietnamese partners are concerned, it should be noted that in recent months we maintained steady contacts starting from the Army 2019 forum last June. In July, there followed the international naval show in St. Petersburg and at the end of August, the international aerospace show in Zhukovsky. The current exhibition grew out of the contacts we had on those platforms. Some new themes have been brought to the forefront," the Rosoboronexport spokesperson said.

"We share long-time friendship and many themes of cooperation. It is common knowledge that a greater share of weapons and military hardware Vietnam’s army uses at the moment is of Soviet and Russian manufacture," the Rosoboronexport spokesperson said. Vietnam currently uses fighter jets, surface ships and submarines provided by Russia. In fact, Vietnam created its own naval force from scratch with Russia’s assistance.

The Rosoboronexport official confirmed that there were no external or internal restrictions on or obstacles to Russia's operation on Vietnam’s market of military equipment.

"After the United States lifted the embargo from the supplies of all weapons to Vietnam we felt a little bit nervous, but on the other hand we welcome this situation, because competition is a reason for us to get more mobilized," the specialist noted. The participation of competitors in such exhibitions allows our Vietnamese friends and partners in the region to see the competitive edges of Russian weapons for themselves.
New products

Russia is ready to share its latest achievements in upgrading military equipment and creating new weapon systems with Vietnamese and other foreign partners, the Russian delegation stated. Russia has new promising products and ideas of interest to Vietnam in all fields, such as the newest planes and helicopters. On the international market Russia offers the newest combat planes: Sukhoi-35, MiG-35 and Yak-130, and helicopters: Mi-38 and upgraded versions of Mi-171.

Russia by no means imposes its arms contracts on Vietnam. "Vietnam looks at the whole world, evaluates the condition of its armed forces and decides for itself what its priorities and needs are," the Rosoboronexport spokesperson pointed out. Russia offers to Vietnam a wide range of the newest military products, such as small arms, aircraft, tactical weapon systems, multiple rocket launchers, tanks (both new and upgraded ones), armored vehicles, frigates, small missile carrying ships and more, which the Vietnamese delegation was able to see at the naval show in St. Petersburg.


According to the magazine Expert, in the article by Aleksey Khazbiev, “Hanoi wants a couple more Cheetahs,” the Vietnamese Navy is determined to buy a third pair of light frigates in Russia - this time equipped with Caliber supersonic missiles. These ships will cost Hanoi about $ 800 million. But the deal will only take place if the political leadership of Vietnam can persuade the Ukrainian authorities to allow the delivery of gas turbine engines to Russia, the production of which we have not been able to master.

The Vietnamese military began pre-contract negotiations with Rosoboronexport to place an order for the construction of a third pair of lightweight frigates of the Gepard 3.9 class [Project 11661E] at a shipyard in Zelenodolsk. As a senior source in the Russian defense industry told us, now the parties are discussing the technical appearance of these ships, as well as a possible range of weapons. Although the specific specifications of the latter are still being negotiated, the Vietnamese sailors have already expressed the wish that the new Cheetahs should be equipped with the latest generation of strike complexes. Namely - the caliber exported supersonic cruise missiles. It is assumed that there will be at least eight such missiles on board each ship.

These complexes are needed by the Vietnamese Navy for the effective defense of part of the islands and rocks of the Spratly archipelago, which, although under the actual control of Hanoi, are disputed by other countries, including China, the Philippines and Malaysia.

“The Vietnamese have not yet decided what capabilities of frigates they need to build up - anti-submarine or anti-aircraft. But as soon as this issue is clarified, the FSVTC will immediately receive a corresponding application from the local Navy, after which it will be possible to prepare a contract for signing, ”the Interlocutor’s interlocutor says.“ In the most favorable scenario, this can happen before the end of the current of the year".

Recall that the first pair of “Cheetahs” of the Vietnamese Navy was commissioned almost nine years ago. And then it was decided to build two more ships of this type, but with reinforced anti-submarine weapons. Initially, it was assumed that the first of them would be handed over to the Vietnamese sailors in February 2017, and the second - three months later - in June of that year. But in fact, these dates had to be shifted by almost a year. And, in general, it’s clear why.

It is no secret that after the introduction of Ukrainian sanctions, the supply of offshore gas turbine engines of the Nikolaev Zorya-Mashproekt enterprise to our country was virtually blocked. We have not produced such units yet, and our industry failed to replace Ukrainian motors, for example, with German ones. Note that the Russian NPO Saturn has been conducting development work on the development of offshore gas turbine engines for several years, but they are still at the testing stage. Moreover, as Expert found out, power plants of domestic production are designed for more powerful ships, in particular frigates of project 22350. But we don’t even carry out R&D on engines for light ships, including the Cheetah class.

This state of affairs almost led to the disruption of the contract. And only thanks to the efforts of the political leadership of Vietnam did the situation with Ukraine be resolved to the mutual benefit of all participants in this process. The last two Cheetahs cost Hanoi a total of almost $ 700 million. Moreover, our country has agreed to provide the buyer with a long-term loan, which is regularly serviced.

But it is now clear that a third pair of such ships will cost at least $ 100 million more, including due to the installation of new Caliber-NKE missile systems on them. There is no doubt that Hanoi will try to do everything possible to take advantage of the current situation and get a decent discount from Rosoboronexport. Moreover, the negotiating position of Vietnam looks pretty strong. This country acquires light frigates not only from us, but also in the Netherlands. In particular, four Sigma-class ships were ordered immediately from the Damen Group company of the Vietnamese Navy. And in the event of opposition from Ukraine, it could completely reorient itself to the Dutch [the Vietnamese side’s contract for the frigates of the SIGMA project did not enter into force and was canceled - bmpd ].

True, the Dutch frigates are almost a quarter more expensive than our Cheetahs and they have nothing in service with the Russian Caliber. Most of the experts interviewed by us are sure that this circumstance played a key role in the fact that Hanoi, despite difficulties with Ukrainian engines, nevertheless decided to purchase new ships in Russia. The whole question is whether the Vietnamese will manage to persuade the authorities in Kiev to allow the delivery of their gas turbine power plants to Zelenodolsk, and under what conditions.

It is not correct that Russia is not developing gas turbine engines for smaller ships...

However, as said before for the grigorovich frigates, adapting an existing design to a different power plant is worth only if they want to continue with it for a long time...

Gepard class are nice cheap ships, but they are not comparable to other more modern classes of russian corvettes and frigates.

If the ukraine would decide that in order to spite Russia they do not want to earn easy money and keep a few industries survive a bit longer, than Russia could propose Vietnam an export version of 20380/20385 with UKSK launchers (since they have the domestic kolomna diesel engines),  however they are bigger and more expensive ships than gepard class.
George1

At the Vietnamese shipyard Z189, the production of Russian anti-ship missiles Uran-E began under the designation VCM-01

According to Vietnamese media, the shipyard Z189 of the Ministry of Defense of the Socialist Republic of Vietnam began mass production of its own version of the Russian anti-ship missile system 3K24E "Uran-E" under the designation VCM-01. Electronic components for the Vietnamese analogue of the 3M24E anti-ship missile will be supplied by the Viettel Military Industry and Telecoms Group. 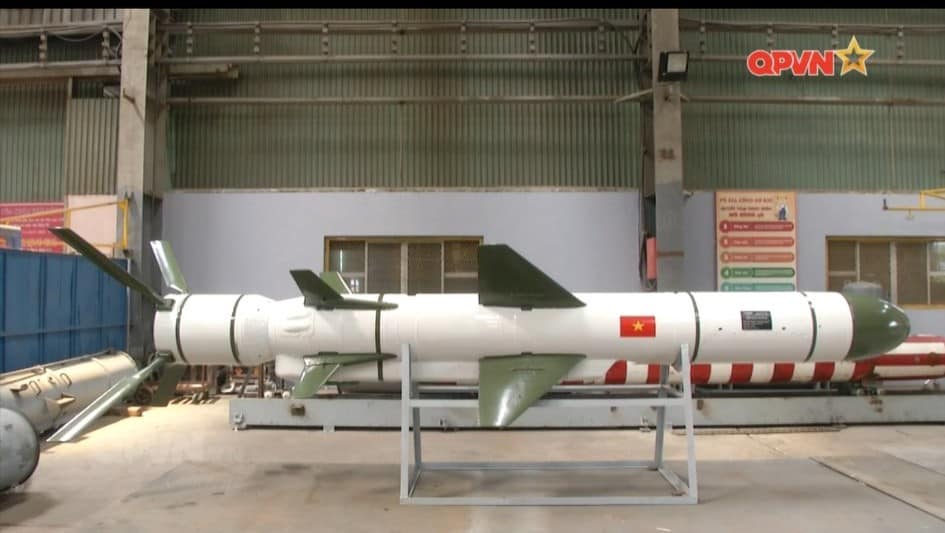 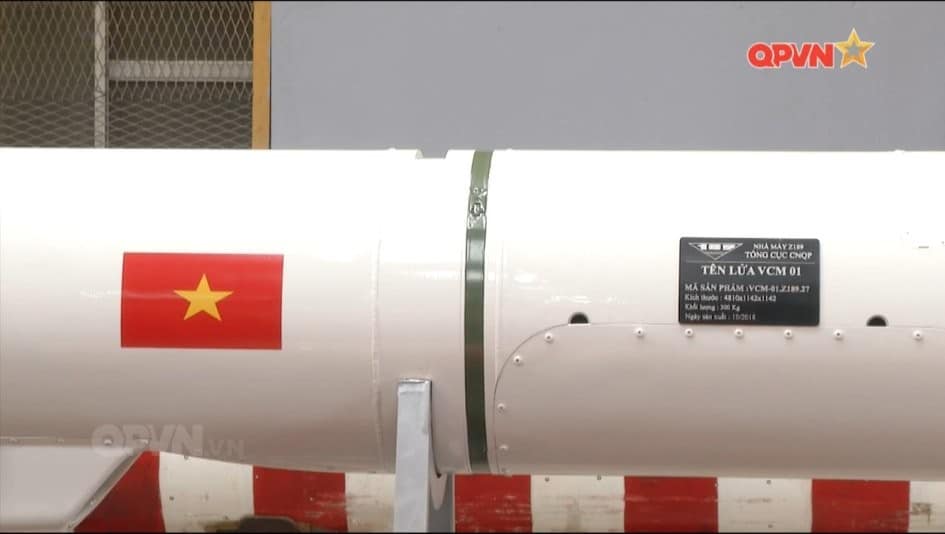 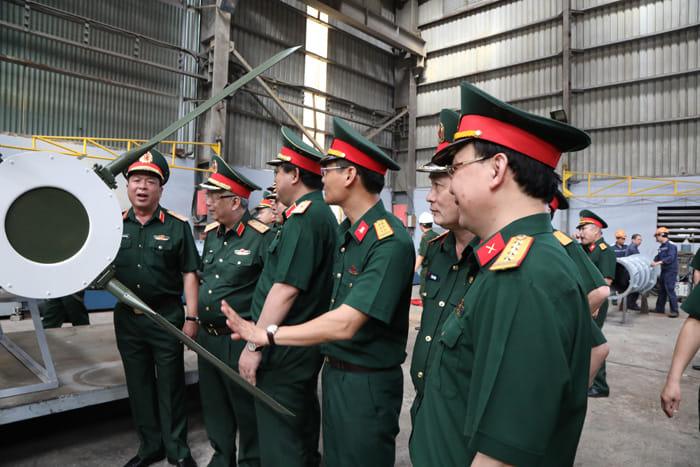 Production of automatic grenade launchers AGS-17 under a Russian license at the Z125 arms factory of the Ministry of Defense of the Socialist Republic of Vietnam. 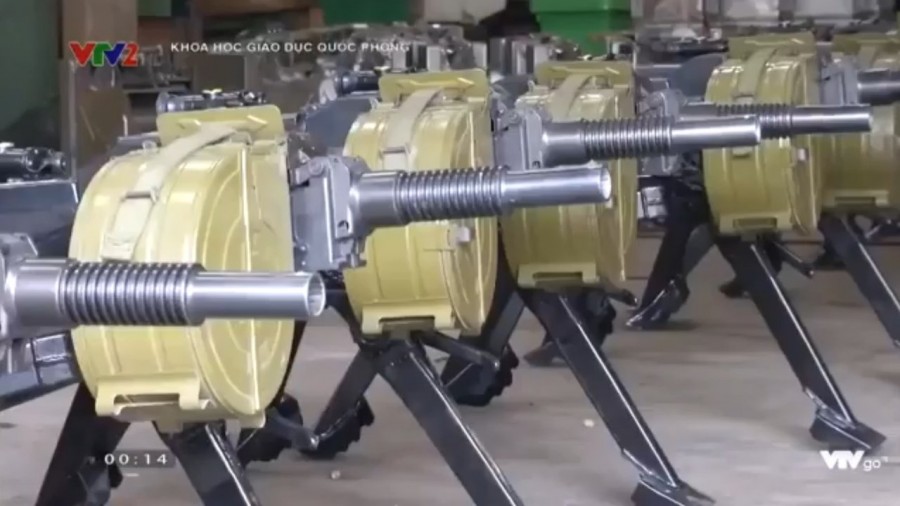 With grenades and indeed automatic cannon the fragments from exploding rounds fill the gaps and it becomes vastly more lethal and effective.
George1