That seems to be ERA+NERA or some light add on to protect ERA from small rounds.

We have seen that before with double and even triple stacked ERA being shown before.

The experts said the lower bricks would not function properly, but never actually explained why because they don't deform or explode or anything so externally it is hard to tell if they are live or have been hit.

Worst case scenario, it acts as another layer of spaced armour which disrupts penetrators and plasma beams... and as ERA is only a tiny component of the armour weight it does not make the vehicle a lot heavier like you would doubling up the base armour...
lyle6

I knew I saw those rectangular blocks somewhere: 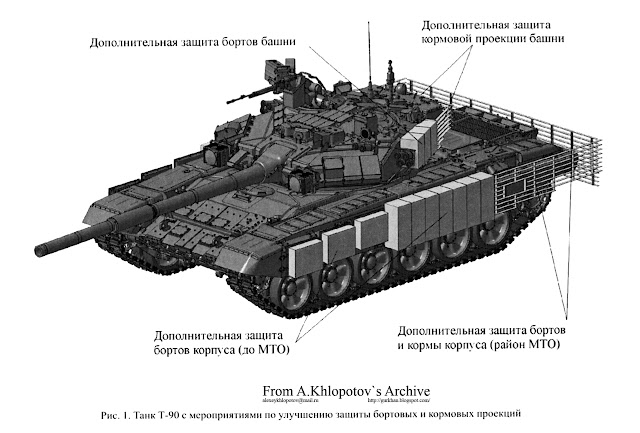 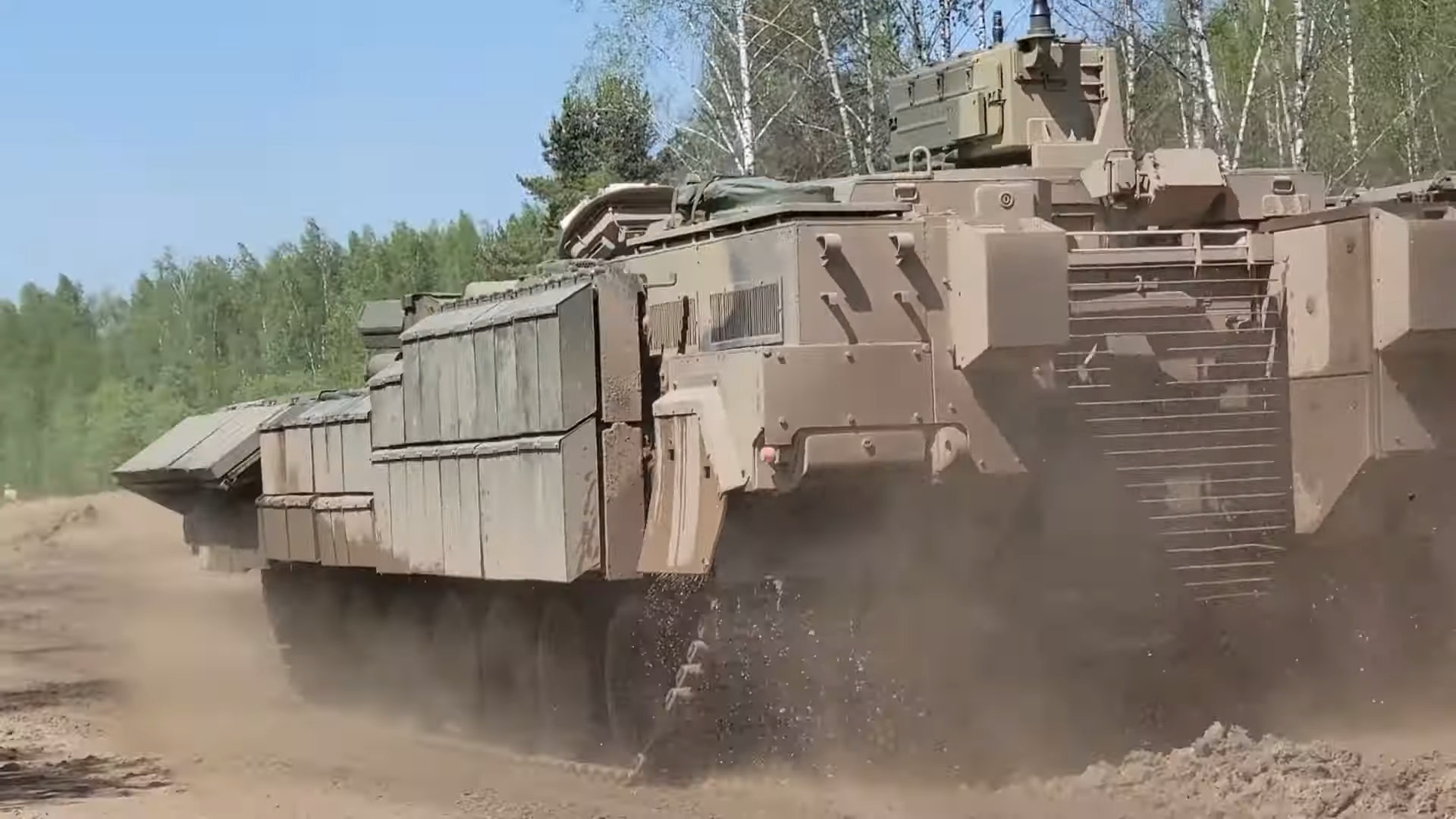 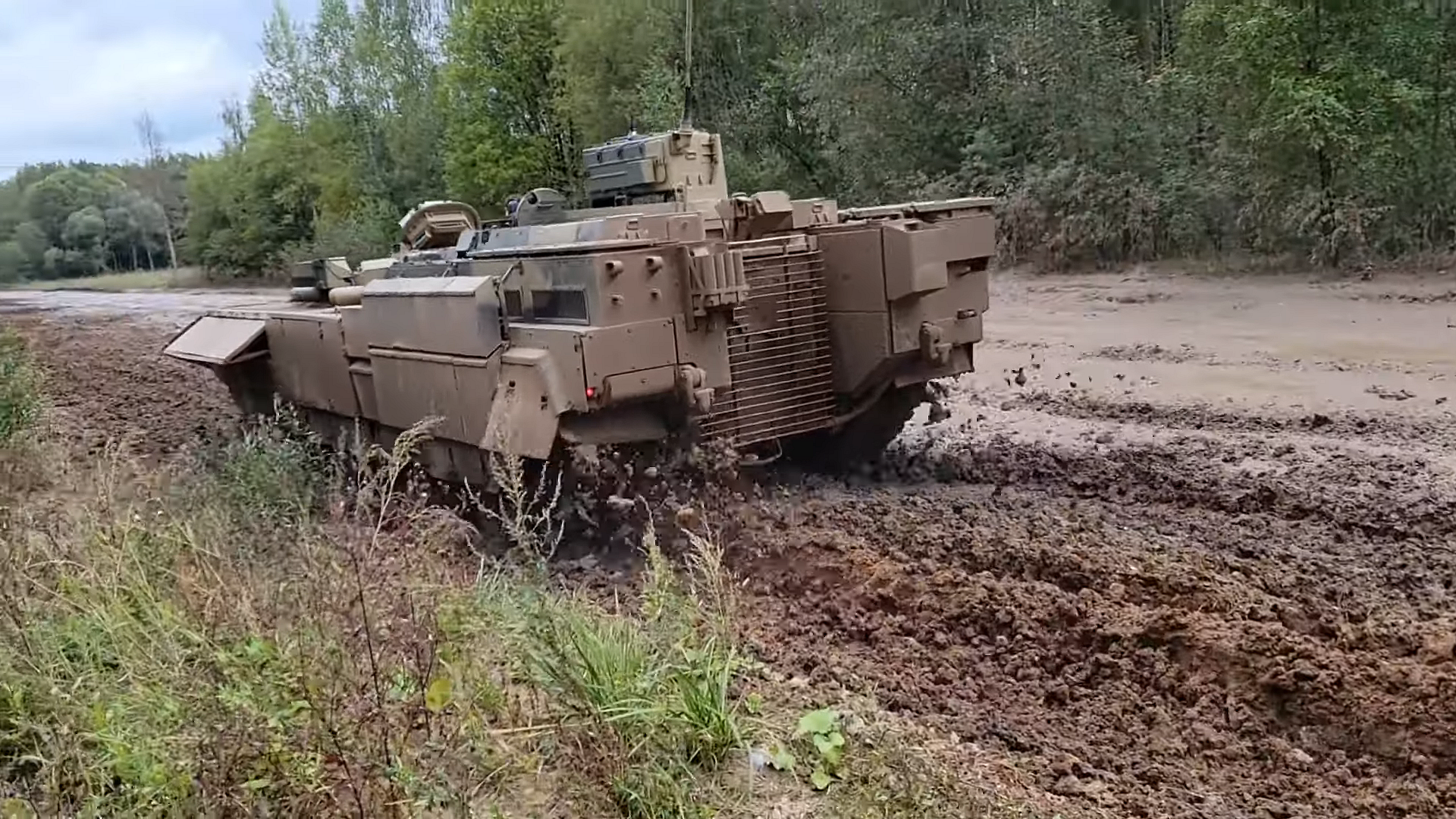 What is the thing on the roof for?

Similar blocks were used/tested on the BMP-3 some years ago. 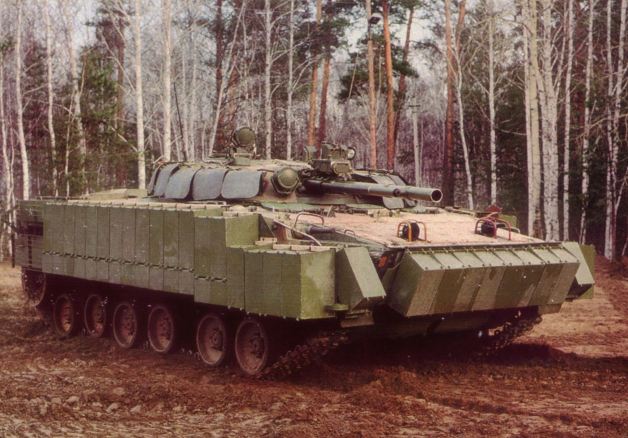 No turret. The box on the roof has antennas. Command version?
The-thing-next-door

GarryB wrote:
Just behind the forward pointing small munition launcher there are clearly two side by side vertical launchers for the same small munitions.

This does not seem to be present on the other side though... as can be seen in the top down photo of the vehicle in Lyle6s post number 736 above (photo number 2 from the top.)

Allegedly they can be loaded with hardkill munitions in addition to the smoke grenades.

Isos wrote:That seems to be ERA+NERA or some light add on to protect ERA from small rounds.

ERA+ NERA seems more likely, the external blocks are the ERA blocks of the base model and the blocks beneath them seem to be of rather heavy construction. 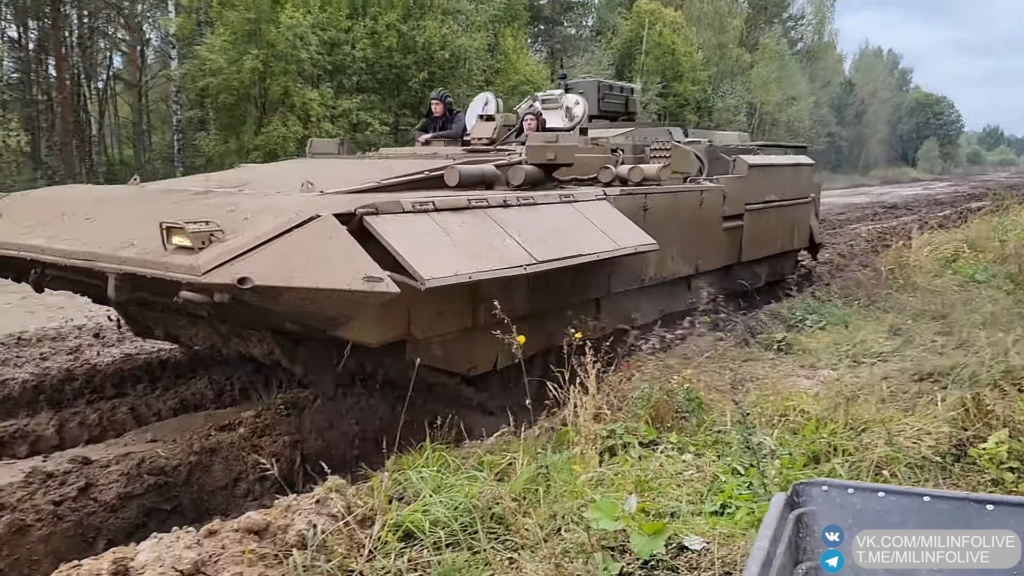 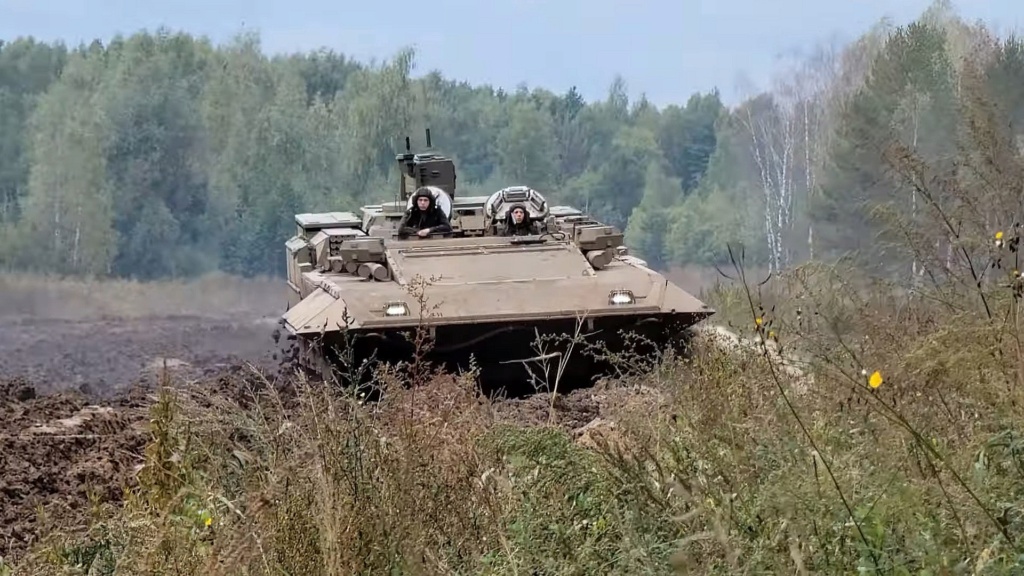 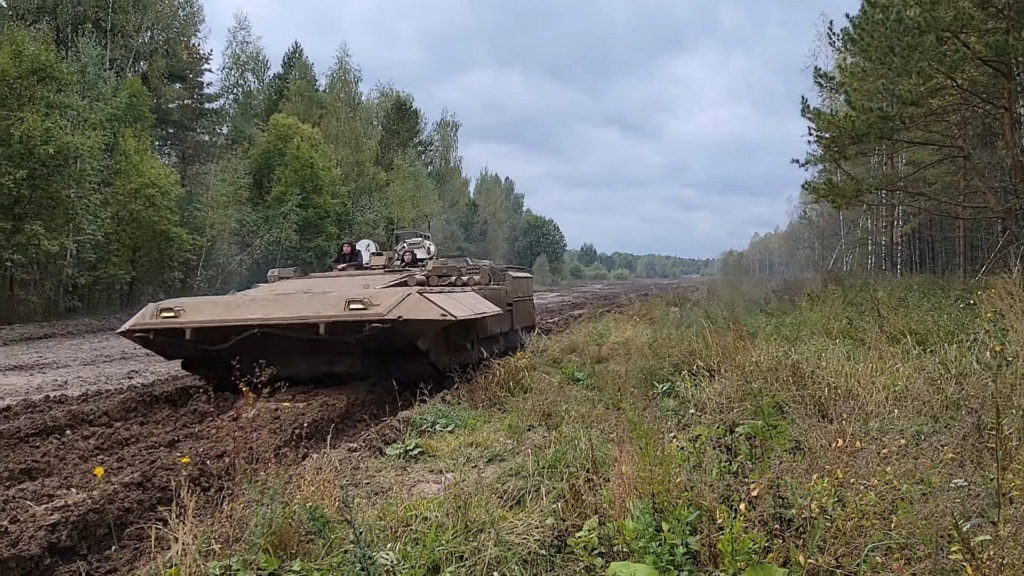 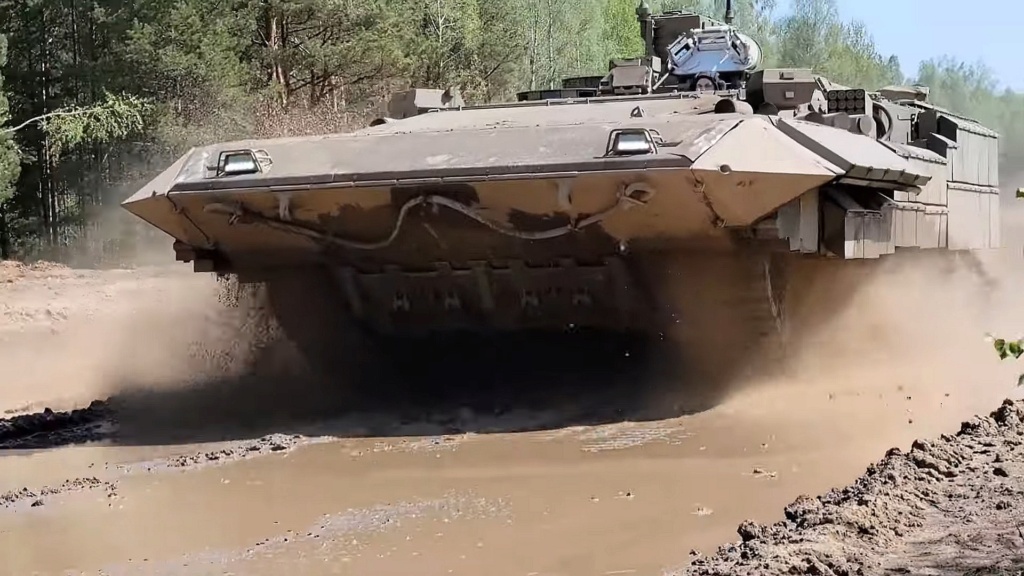 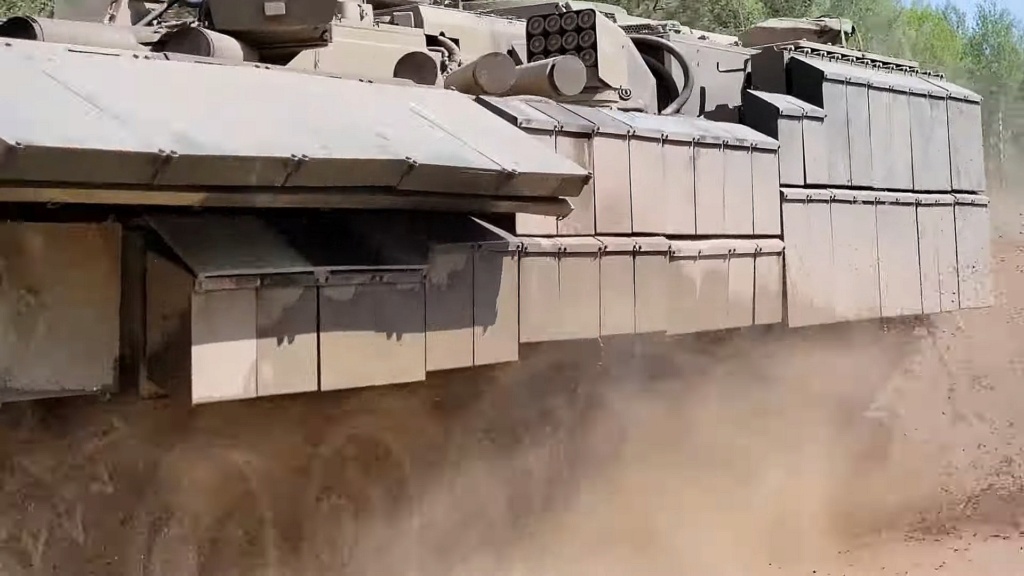 What is the thing on the roof for?

If it work like former regimental command vehicles (KSh is for command and staff), I would dare say container for a retractable antenna.

So this is a replacement for the MTLB based ACRV-2 type command vehicles.... wonder what its T series designation will be...
Hole

PapaDragon wrote:
If she can take it there's no reason not to give it to her

Australian GuardTech firm has created a robotic target of T-14 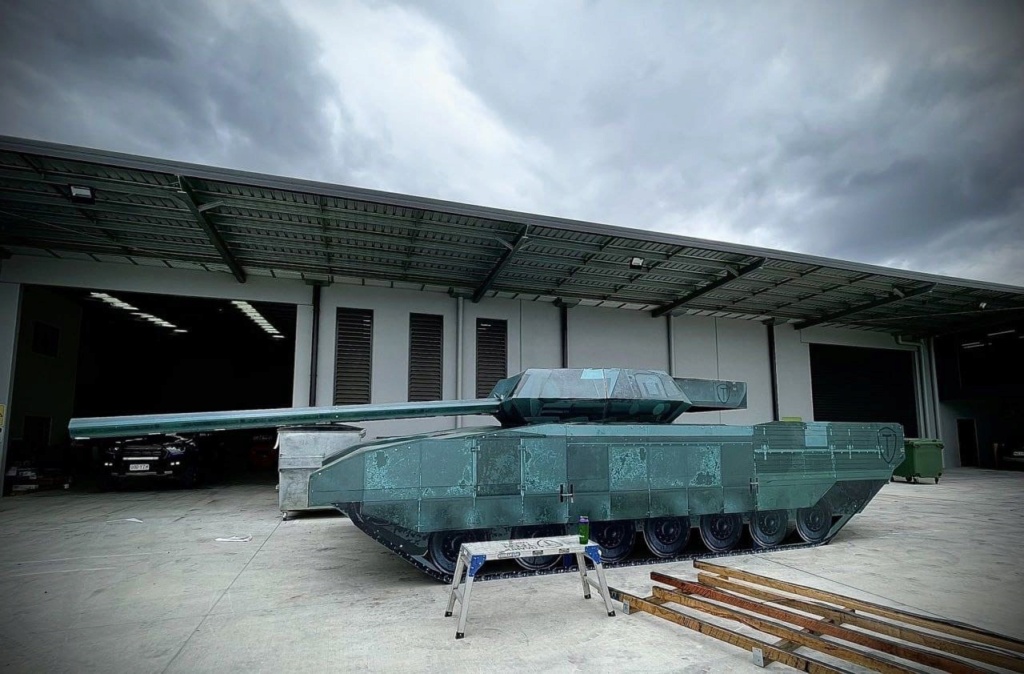 Do they really hope to see one nearby?

ALAMO wrote:Do they really hope to see one nearby?

Dunno. Unless they expect Indonesia and China to buy Armata. I suspect Australia thinks they are sending messages by doing this other than getting laughs from the mod in Russia.

ALAMO wrote:Do they really hope to see one nearby?

Dunno. Unless they expect Indonesia and China to buy Armata.  I suspect Australia thinks they are sending messages by doing this other than getting laughs from the mod in Russia.

Typical behavior of a doggy follower.

Like in school when there is that "cool" guy and there are always 3 or 4 guys that follow and obei him for no reason. Here it is the US and the dogs are their allies.

And then one day that guy either is competed by a much stronger guy or he just change and don't want to be that person anymore or just want to go alone, then those 3 or 4 guys are just lost.

That's what happen with France and its submarines. US went alone and french ubderstood that the powerful one is just the US.

Now Australia is using that T-14 just to piss off Russia because US don't like them. Australians have no reason to be against Russia.

Hope chinese invade them and they will see US not moving one finger to help them.

I suppose it is a bit more than that.
Just another piece of propaganda.
If they can shoot dead the mockup of T-14, and air that to society, it can be some irrational piece of pride attached to it.
Funny.
A tiny nation living on the ore extraction, with guts full of shit for Chinese wanting to place a "friendly visit", yapping on a country that can wipe them to the melted sand status in 20 min, with 2 missiles ...
Max Max resurrection ...

Fucking North Korea can shit out relatively sophisticated missiles while Australia this dinky little toy some drunk Slavs can probably cook up in an afternoon.
Who's the shithole again?

They are just reinforcing to the Aussie public who the bad guys are and how wonderful and inventive we are... we built a T-14 in record time so we will be ready for it if we come across it in combat.

Just a question of whether they got the right amount of polystyrene and plywood right...
Shaun901901 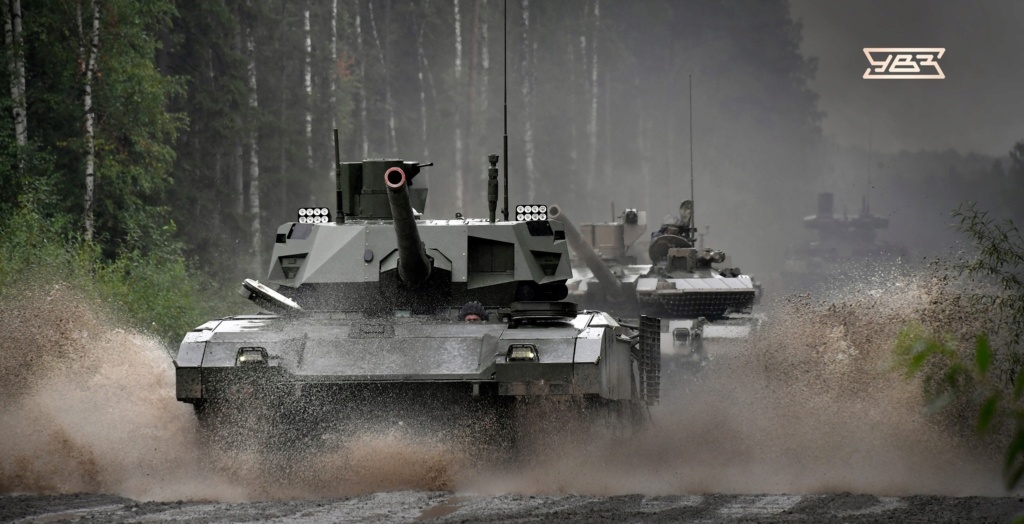