Fixed links... George has had a tidy up and shift around by the looks of things...
dino00

The Ministry of Defense: the production of the 11th brigade kit of the Iskander-M PTRK began


KUBINKA /Moscow Region/, June 27. /TASS/. Russia’s Defense Ministry has concluded a state contract with the Novator Experimental Design Bureau on the manufacture and the delivery of 9M728 cruise missiles for Iskander-M launchers, according to the documents signed at a ceremony attended by President Vladimir Putin at the Patriot Park on Thursday.

The BBO missiles carried out a combat training launch of the quasi-ballistic missile of the Iskander SRBM as part of a tactical exercise at the Kapustin Yar training ground. Rocketeers fired at targets that mimic a critically important target enemy

In addition, during the training, the SRBM calculation fulfilled the standards for transferring the complex from its traveling position to combat, reloading missiles from transport-loading vehicles to self-propelled launchers and launching a missile strike at given coordinates.
The LRHW range was not officially disclosed, but the AHW range was declared at 3,700 nautical miles (6,800 km), a number of unofficial estimates give an effective LRHW range of about 5,000-6,000 km, but estimates of 3,000-4,000 km are more realistic.

First time ever they publish the impact like that. 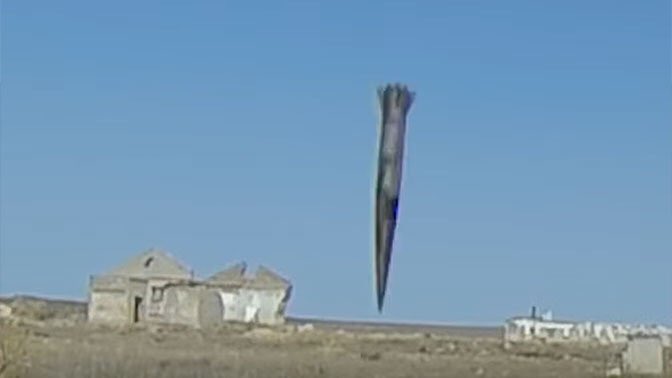 Must of used an concrete-piercing warhead

Extra booster/different fin layout on the one at 0:38?

Haven't heard of one.

More likely it was with no warhead at all, just a dummy warhead for training
magnumcromagnon

Good eye! It finally puts to rest the erroneous claim that Iskander-M only maneuvers at the terminal phase of flight.
Cyberspec

This isn't official so take it with a grain of salt...

Satellite pic of what appears to be a new version of the Iskander at Kapustin Yar test site. Said to be longer than serial Iskander (estimated 1m longer). Possibly a new longer ranged version of #9M729 missile. Reportedly intended for the 448th Missile Brigade at Kursk
https://twitter.com/Cyberspec1/status/1175529489658343426 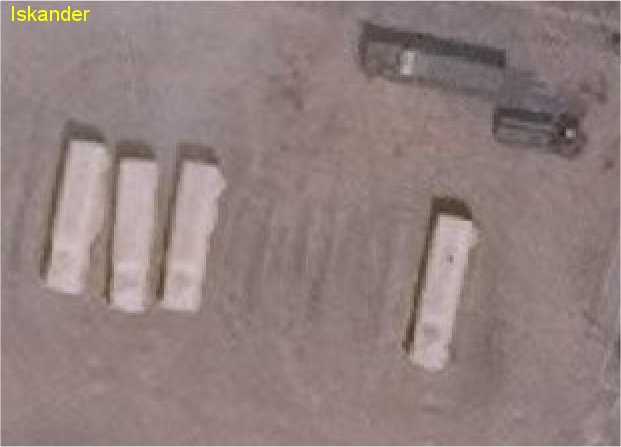 That sounds like 9M729 launchers, those are about a meter longer than normal Iskander trucks.
Cyberspec

hoom wrote:That sounds like 9M729 launchers, those are about a meter longer than normal Iskander trucks.

Yeah...probably what they are
George1

According to the Zvezda TV channel, on November 25, 2019, the missile brigade of the Western Military District (ZVO) completed rearmament to Iskander-M operational-tactical complexes. It was given the brigade kit of a modern missile system. This was announced by the commander in chief of the Ground Forces of the Russian Federation Oleg Salyukov.

In April, it was reported that the 448th Missile Brigade was the only ZVO compound, which by that time remained equipped with Tochka-U complexes.

Comment by bmpd. Thus, the 448th missile brigade deployed in Kursk of the 20th Guards Combined Arms Army of the Western Military District completed the rearmament from the 9K79-1 Tochka-U tactical missile systems to the 9K720 Iskander-M new tactical missile systems (OTRK)". Until recently, the 448th missile brigade remained the last of 13 missile brigades of the Armed Forces of Russia, equipped with outdated Tochka-U OTRK, and thus, the rearmament of this brigade marks the final withdrawal of the Tochka-U OTRK from the armament of linear units of the Russian Armed Forces (although it is likely that the operation of Tochka-U will continue for some time by parts of the 60th training center for the combat use of the Missile and Artillery Forces of the Russian Ground Forces in Kapustin Yar).

The remaining 12 missile brigades received brigade kits of the Iskander-M from 2010 to 2019 (nine brigades were re-equipped with the Tochka-U OTRK and three brigades — the 3rd, 12th and 464th — were additionally formed) .

The 448th Missile Brigade in Kursk received the second of two additional brigade kits of the OTRK 9K720 Iskander-M under a contract concluded in August 2017 by the Ministry of Defense of the Russian Federation with JSC Scientific and Production Corporation KB Engineering. The first brigade kit of OTRK Iskander-M ”under this contract was earlier delivered at the beginning of 2019 to equip the newly formed 464th Missile Brigade of the 8th Guards Combined Arms Army of the Southern Military District with deployment in Znamensk (Astrakhan Region, the same Kapustin Yar training ground). 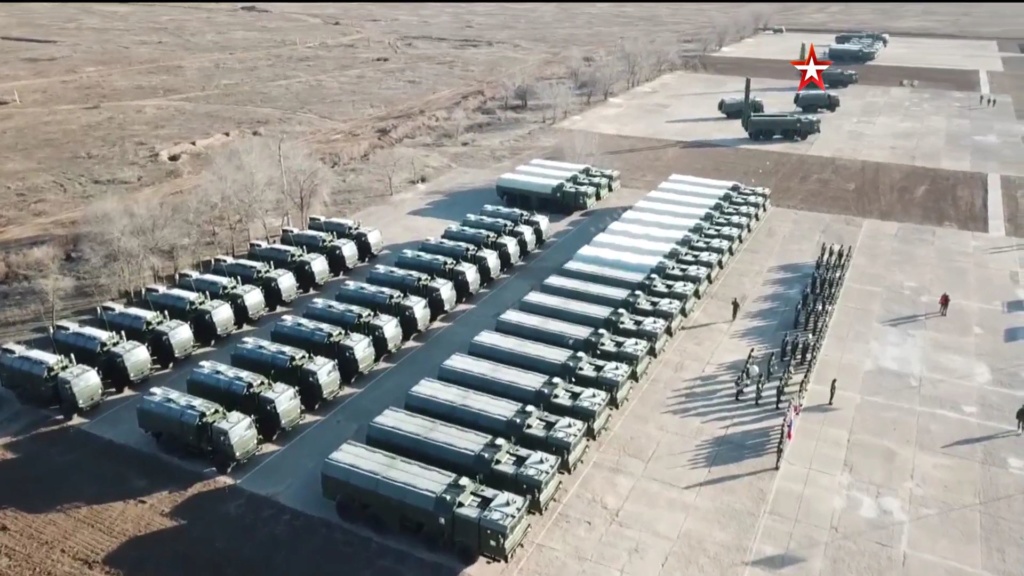 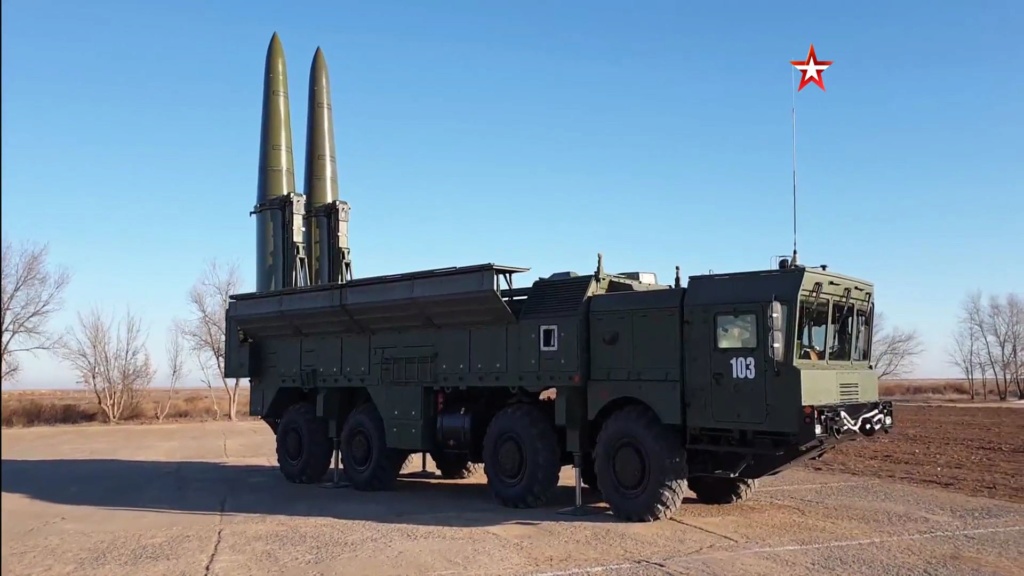 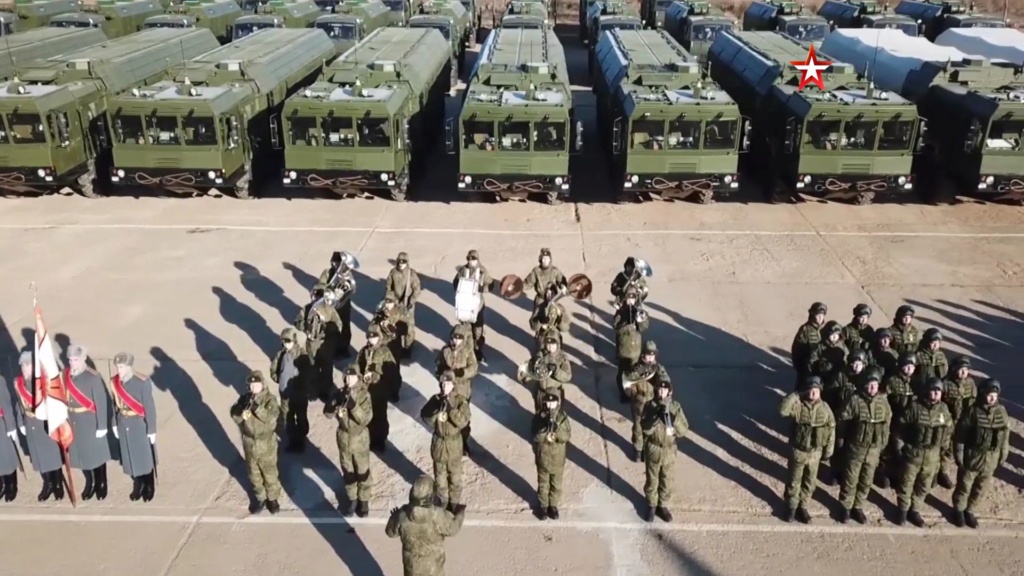 salvo of the same magnitude 30 minutes after. If logistic chain is provided process could repeat and could go on and on and on thus conqueror precision, power, speed and will

momentarily crush moral of the targeted nation to defend itself.

Russia has tested the military Internet

Part of the C4IR network they are developing to integrate their entire military into one communications and command structure to share information and resources...
dino00

The Iskander brigades will be made super-powerful. In each of them, they will add another missile to the three existing now missile divisions with 12 launchers of two missiles each, which will provide a volley of 32 shells. Thus, the firepower of the new compound will be enough to destroy a single division of a potential enemy with one blow. A fundamental decision on strengthening has already been taken by the Ministry of Defense. According to experts, the Iskanders will seriously strengthen the ground forces and the Navy.

New missile units as an experiment have already been formed in several missile brigades. In the remaining formations, they plan to form them next year. Then, new equipment will begin to arrive in the unit, sources in the defense department told Izvestia.

Now in each brigade there are three divisions with 12 launchers. After the advent of new technology, the number of launchers will increase to 16, which will provide a salvo of 32 missiles. In addition, the divisions will receive additional mobile information preparation points (here they develop flight missions for missiles), command post, transport loading and maintenance vehicles.

So Russia will keep its Iskander production running by making existing Iskander brigades bigger and its number so far stays the same.
dino00

Viktor wrote:So Russia will keep its Iskander production running by making existing Iskander brigades bigger and its number so far stays the same.

Now that the US has developed a missile for MLRS with a range greater than 500km then Russia is now free to deploy longer ranged missiles to existing batteries if it chooses too.

they weren't. I transferred them here since there is a separate topic for intercepting iskander