GarryB wrote:Wow... in that link you posted was this; 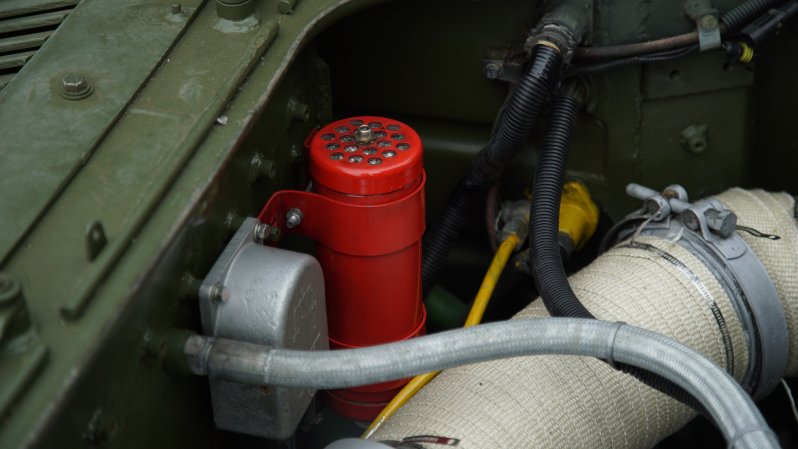 The red thing with the holes in the top is a Russian invented fire suppression system... I remember seeing in on an excellent Aussie TV programme from the 1990s called Beyond 2000 that looked at new ideas and new technologies being invented at the time.

This thing is very very simple... place it in the engine bay or near a fuel system in a vehicle (not a crew cabin or manned area).

When a fire is detected this thing is ignited and it rapidly burns material which sucks all the O2 out of the surrounding air and suffocates the fire to prevent it from doing too much damage.

Good to see it being in use.

Russia Today had a similar programme called Technology Update which was excellent too and looked at new technology and developments to improve things and make life easier, but they cancelled it.


An automatic fire extinguishing system is installed in the engine compartment. It wasn't in the old cars.

So this system was developed in the 1990s, and is only introduced to this vehicle now... if you had asked me before hand if they had these I would have assumed they all had them because the system is actually very simple and cheap.... it consumes oxygen but it does not get hot or create super heated gas like it would if it was just some material that burned rapidly.

It has already been mentioned on the forum about upgrades... we hear a bit about them and assume they are done only to find out later they were cancelled or are only just doing them now. Things like upgrades for the Blackjacks, or APS systems on tanks and armoured vehicles...

Which link are u talking about

So this system was developed in the 1990s, and is only introduced to this vehicle now...

I know for sure that such systems have been installed on Russian armored vehicles for a couple of decades.
It was developed in the nineties, adopted in the noughties.