And I am impressed... old dogs can still learn new tricks...

How about this from Afghanistan in the 80s. 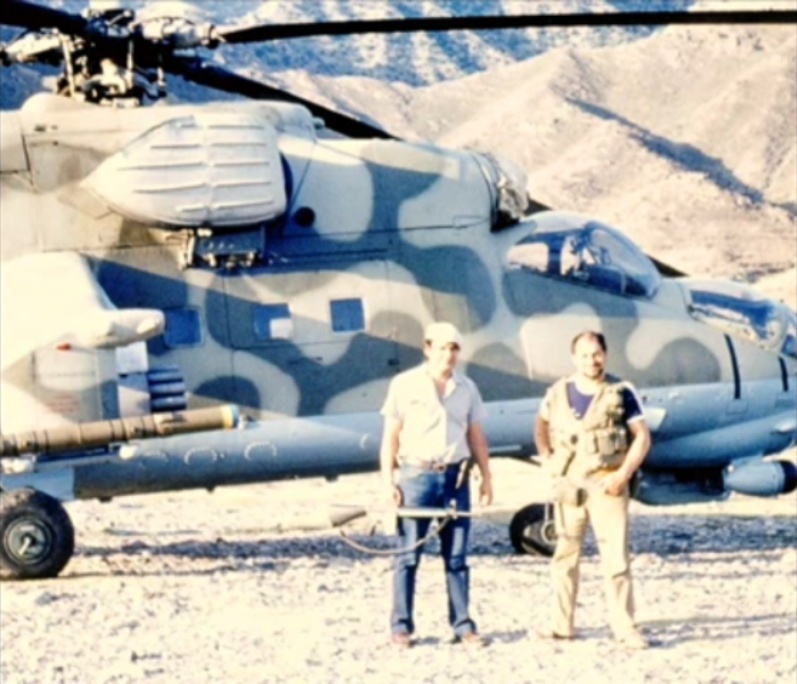 LOL, This is not Red Alert 3 song dude 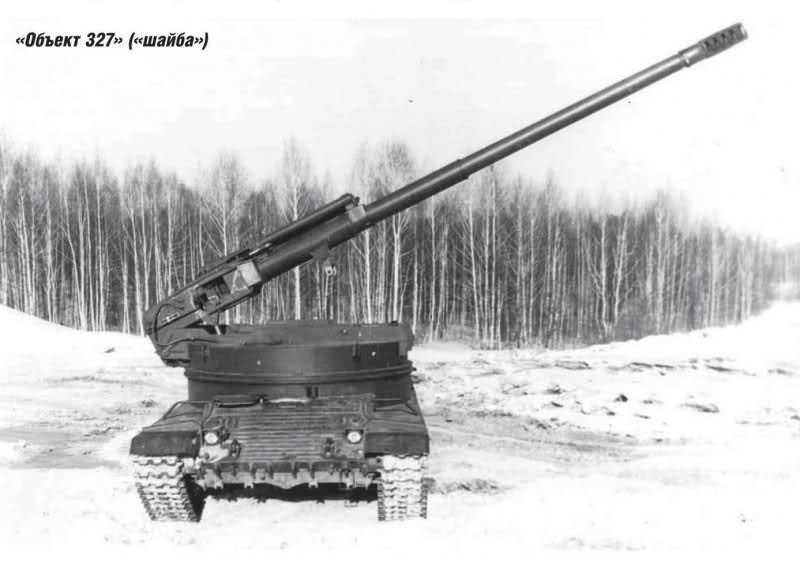 I am always looking forward to the next one just to see what they will show, but the old ones were always interesting with all the older types of equipment and systems.
gjet1666

GarryB wrote:I am always looking forward to the next one just to see what they will show, but the old ones were always interesting with all the older types of equipment and systems.

It seems that Russian artillery no matter how old, always look awesome.
GarryB 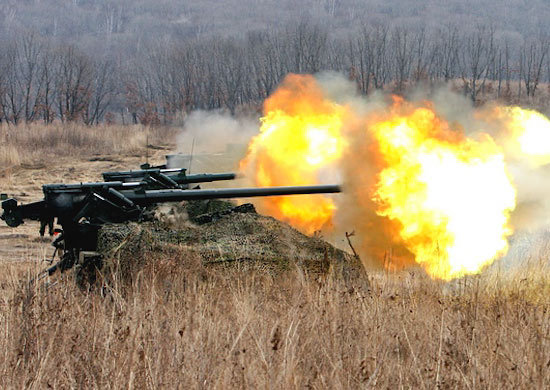 Military art. Does not get any better than this 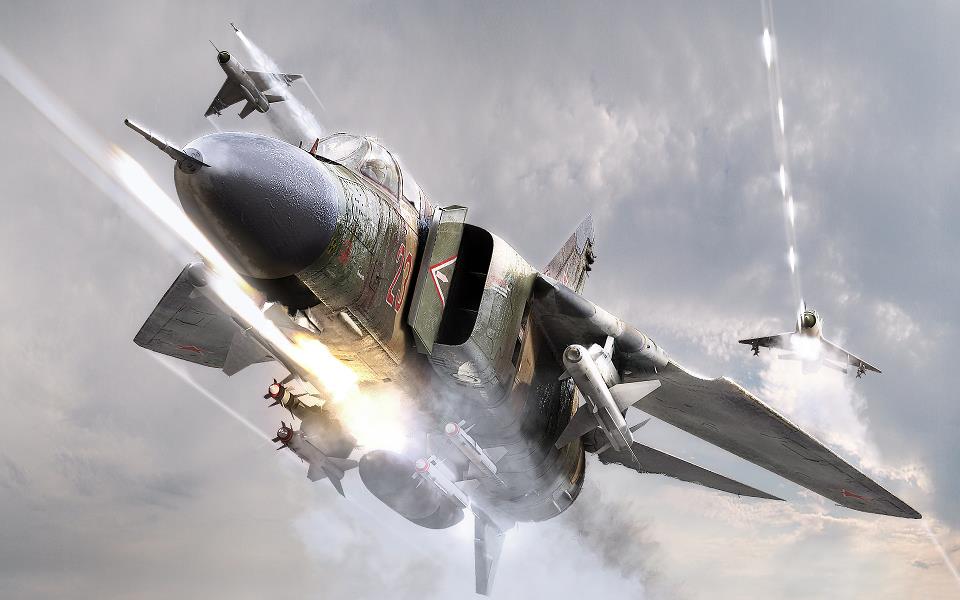 Now that the Mig-29 and Su-27 dominate the air force I now have a greater appreciation of the older types including the Mig-23 and other oldies.

Of course it does remind me of fairy tales that are very popular still in the US, like the myth that the Mig-23 is a copy of the F-4 and the story goes that an F-4 was recovered in Vietnam and shipped back to the old USSR and they copied the air intakes... even to the point of including bullet holes in the intakes suffered during their acquisition.

Must be hard to have invented everything.

I saw a MiG-23 at an aviation Museum on Oregon (same one that has the Spruce Goose)...it was next to an F-15. The width to length ratio was incredible, the whole thing looked like an arrow.

Was blinded by the flashy curves... when I look at the 23 with older eyes I find I am more and more disappointed they withdrew all the single engined fighters so rapidly.

Of course during the last 20 odd years of neglect the low maintainence of everything probably would have led to a lot of crashes so I guess it probably was for the best... 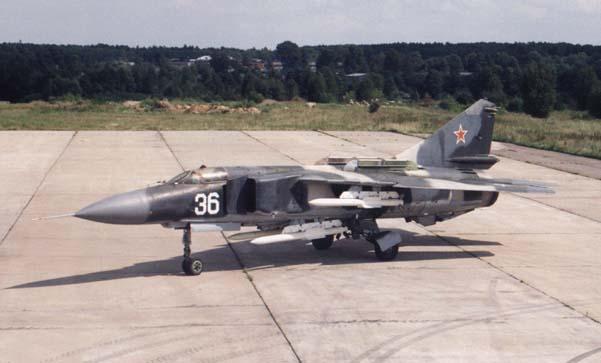 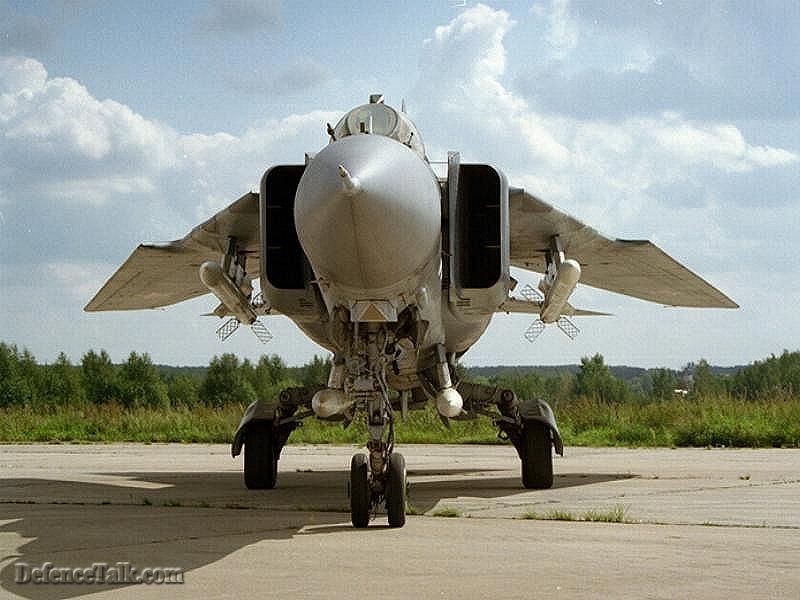 Can definitely see the arrow there...

And a 27 carrying a sledge hammer: 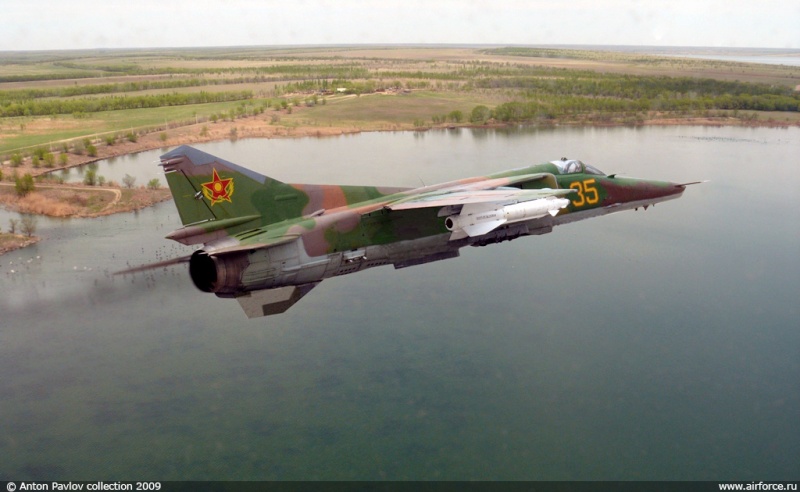 Now that the Mig-29 and Su-27 dominate the air force I now have a greater appreciation of the older types including the Mig-23 and other oldies.

Of course it does remind me of fairy tales that are very popular still in the US, like the myth that the Mig-23 is a copy of the F-4 and the story goes that an F-4 was recovered in Vietnam and shipped back to the old USSR and they copied the air intakes... even to the point of including bullet holes in the intakes suffered during their acquisition.

Must be hard to have invented everything.

The best milart I've seen in a long time. BTW my favorite soviet aircraft are the MiG-23, Su-15 and yak-28

The t-34 tank and ZSU-57 is still in use in some armies around the world today. But the question is are they any good on todays battle field or should they scrapped/museum piece???

My general view is the t-34 as a main battle tank is no longer an option but this tank with a few upgrades would be ideal as an infantry support tank, its gun would still be useful against light armoured vehicles and bunkers, this could be improved with some upgraded ammo, and day/night/all weather optic's.

As for the ZSU-57 i think its anti air capabilities are very limited, forces using them would only hope to to take out slow moving aircraft and helicopters if they were lucky. i think yet again this vehicle would be of use to infantry in the ground support role, attack light armoured vehicles and bunkers, with the same upgrades as mentioned on the t-34, the main advantage with this would be the range of the weapon.
I know being an ex infantryman that support at times can be sacre and any is welcomed on the battle field, would i be happy to have a t-34 taking out bunkers or a ZSU-57 providing fire support for me, hell yes!

Even on the modern battle field, I think if a ZSU-57 showed up people on the receiving end would high tail it out of there. T-55's are still widely used, and if you're fighting against them on foot, a T-34 would be just as deadly as a T-55.

Syria also stuck a D-30 on a T-34 chassis and come up with this oddity.

thanks for replying, i think your right i wouldnt want to be around if a ZSU-57 was firing at me, ive seen the t-34/artillery before, think it fits this role well, a fairly decent chassis to mount something like this, at least there putting some old equipment into use rather than letting it rust in an old warehouse.
Regular

In Hungary protesters managed to start T-34 that was actually a monument and was sitting there for decades!


I once went to Poland and we seen T-34 (don't remember version) in a country side village. When we went there to take pictures owner shoved up and even let us inside tank. He said that tank engine is still alive.
Not sure if You can use these tanks now as there are loads of t-55 that are more advanced and they would be no match for them, but in a revolution it would be perfect. ZSU-57 is good too, they can shred older tanks to bits. And can rip optics, tracks, damage barrel to any tank. You only need people who know what they are doing.
KomissarBojanchev

If the ZSU-57 was equipped with laser guided shells and modern FCS it would be quite a threat to UAVs, helos and slow flying aircraft.
d_taddei2

I remember a t-34 being recovered from a bog, pretty sure it was in Estonia and they managed to start it up despite being at the bottom of a bog for 60-70yrs aparently the engine had no oil leaks and the tank had hardly any rust.

The ZSU-57 rounds were powerful against aircraft, i read somewhere that 1-2 rounds would have taken out fixed wing aircraft. if it had a decent radar/tracker and and few other upgrades i reckon the current shells would do a fine job at shredding helicopters and other aircraft.
GarryB

Really depend what you were going to do with them.

As mentioned above, the T-34 is starting to become relatively rare, while later models, especially the T-55 family are still widely abundant and various upgrades exist for them.

The biggest issue with the ZSU-57-2 is the open roof and the fact that the rounds are enormous and clip fed. They are very powerful and have been found to be very effective against ground targets.

If you want cheap however I would think that a T-55, or even an early model T-72 would be cheaper and have better upgrade potential, and I suspect the same for the ZSU-23-4, or early model Tunguskas.

Rather than the ZSU-57-2 it might even be more worthwhile looking at a PT-76 with the A-220 turret fitted with the automatic 57mm gun and upgraded optics/systems. A stabilised mount, with autoloader and night vision equipment, a small modification of the vehicle... lost the amphibious capability and expand the ammo storage to 300 odd rounds and you have a very powerful anti IFV vehicle that can be used against ground and air targets and to support infantry directly.
Cyberspec

The ZSU-57-2 would still be useful in the infantry support role....I wouldn't want to be on the receiving end of this thing

Cyberspec wrote:The ZSU-57-2 would still be useful in the infantry support role....I wouldn't want to be on the receiving end of this thing

Guns are still effective, but the vehicle itself is too old. It is better to place new AU-220M turret with autoloader and modern FCS on T-72 chassis and get effective support vehicle.
d_taddei2

thanks to all who have reply to the thread.
Garry your right in its open top, the crew and ammo is to vunerable to small arms fire and shrapnel. The ZSU 23-4 has proven to be excellent in the ground support role. And the t-55 has so many upgrades option available to it now that they can be pretty useful. I am hoping to post more similar questions about other older kit to see the views of others as theres some interesting views (if people are happy with me asking). Other forums ive been on always come out with silly comments like Russian equipment is outdated, no use on the battle field and all there stuff is crap, its good to see some common battle field sense and knowledgeable comments.
Sponsored content