Like at the moment of the attack around Deir Ez Zor, there is a game with a lot of fake map coloring. Instead, the reality proved how the US paramilitary forces dressed of Kurds around the city never crossed the railway and never had a foot inside the municipality of Deir Ez Zor. And in this case we will not be different.

Always the same people trying to paint the situation like if the US would be in advantage. And this is not the reality.
JohninMK

Looks like the whole area east of the Euphrates is going to be turning yellow (for this cartographer at least). 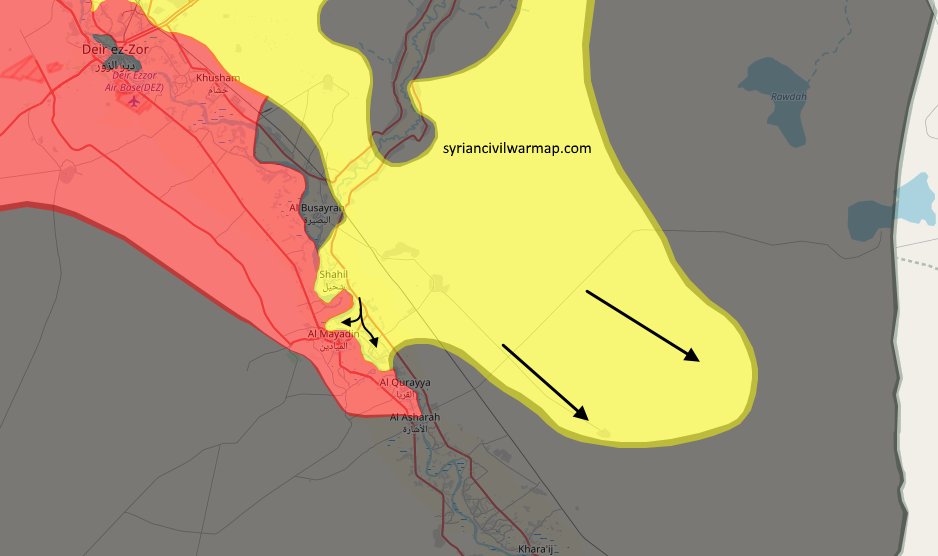 Tigers have breached defensive lines of IS in Deir, captured 1 neighborhood and after that whole Island where Zahreddine was killed.
JohninMK 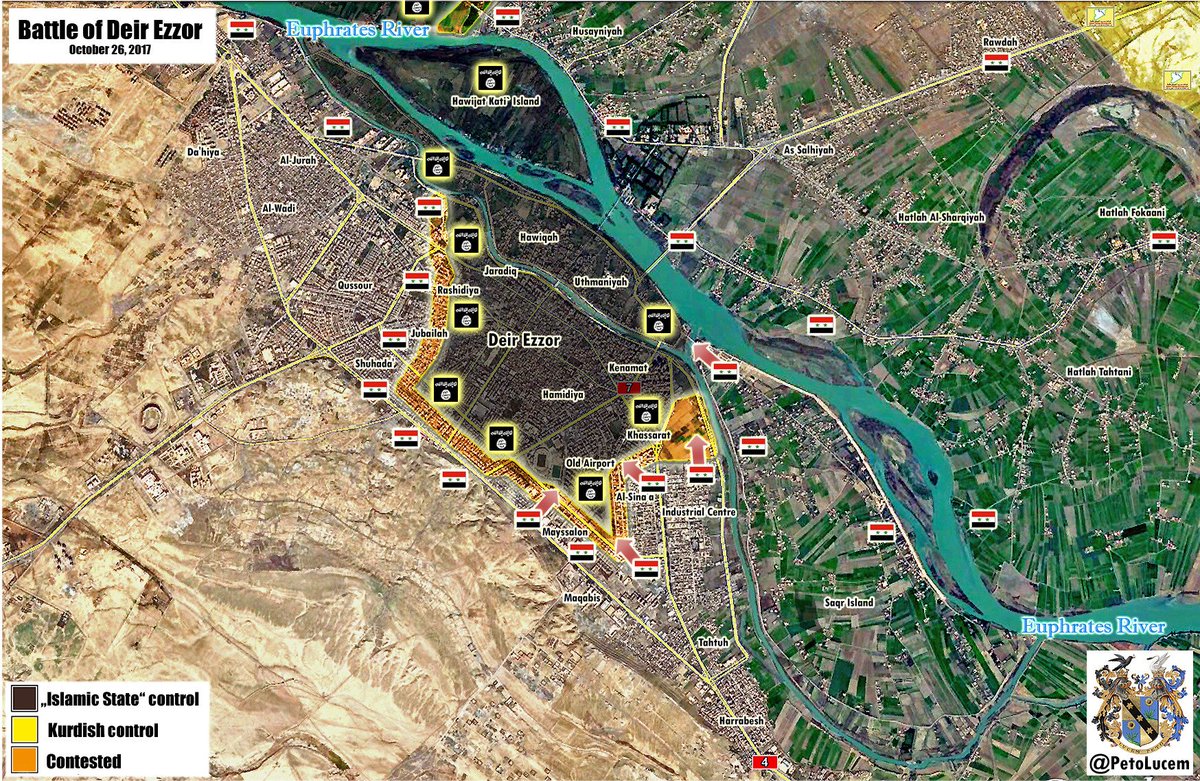 I just found out that the Al-Omar Oil Field's main pumping station is at T-2. A source says its useless unless you manually dig

But I don't think Turks will stop at Afrin (they would be stupid if they did, you don't leave job half done)

I think they will, Turks are no different than Kurds. They were talking about Manbij in the same way.

Reports that Kurds have hand over control of Menagh Air Base to Russians. Eventually Russia will shield Kurds from west of Afrin, just like they did from east.

Maybe Turks will capture something, but Afrin is no go for them.

PapaDragon wrote:
I just found out that the Al-Omar Oil Field's main pumping station is at T-2. A source says its useless unless you manually dig

All the pipelines out of the Deir fields head west, I suspect that the comment about T-2 is that it is the main propelling pump station for the pipeline network, not necessarily getting it up out of the ground.

The only way out north is by truck and most of them have been destroyed.
JohninMK

Looks like the Kurds may be doing some ethnic cleaning. We died for Raqqa, its our town now!

civilians were shot by #SDF while peacefully protesting.They were demanding to return to their houses in Meshlab neighborhood of #Raqqa city
lycantrop

Are this Russians or Hezbollah Radwan elite forces?

can someone name the weapons the first guy is carring? looks interesting
calm

It's about time. Wondering when this would happen. This will free up some troops.

Rebels in eastern Qalamoun to reconcile with government

– The rebel groups in the eastern region of the Qalamoun Mountains will visit Damascus City next week to discuss terms of reconciliation with the government, Russian media reported on Friday.

According to the Russian media, 11 officials representing the armed groups in the eastern Qalamoun will travel to Damascus next Sunday to negotiate with the government.

The government gave the armed groups a number of terms to adhere to:

To negotiate with no preconditions
All rebel fighters turn in their weapons and go back to civilian lives
Turn in remaining military equipment to the Syrian Army in Jaroud, Al-Nasriyah, and Al-Dumayr

The pipelines in Syria

The Iraqis are actually closer to Albukamal...I wonder if it's feasible for them to cross the border?

IS counter attack has reportedly been repulsed near T2 station
calm 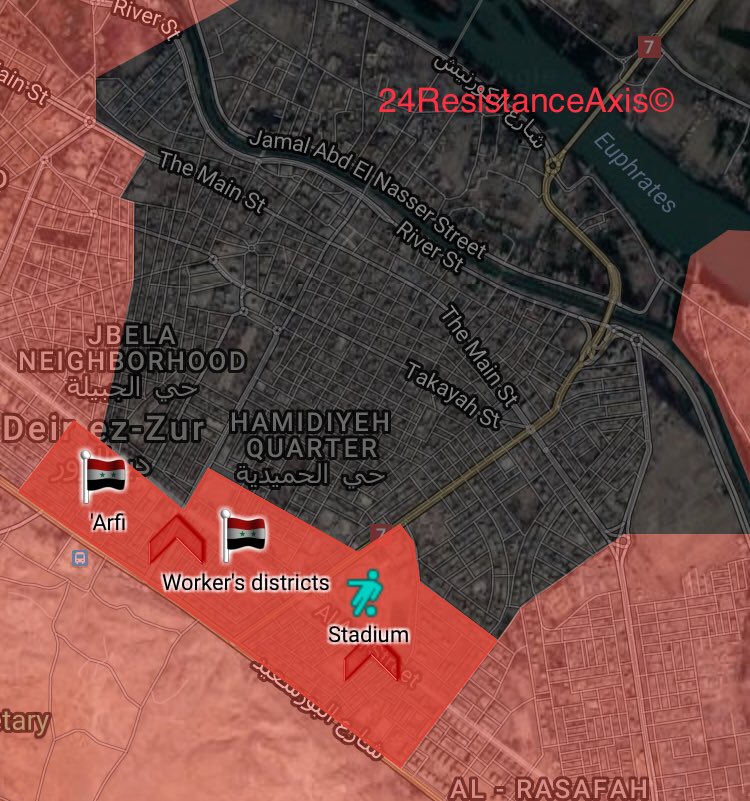 There's a sandstorm in the area for the past 2 days that must have an impact on operations. 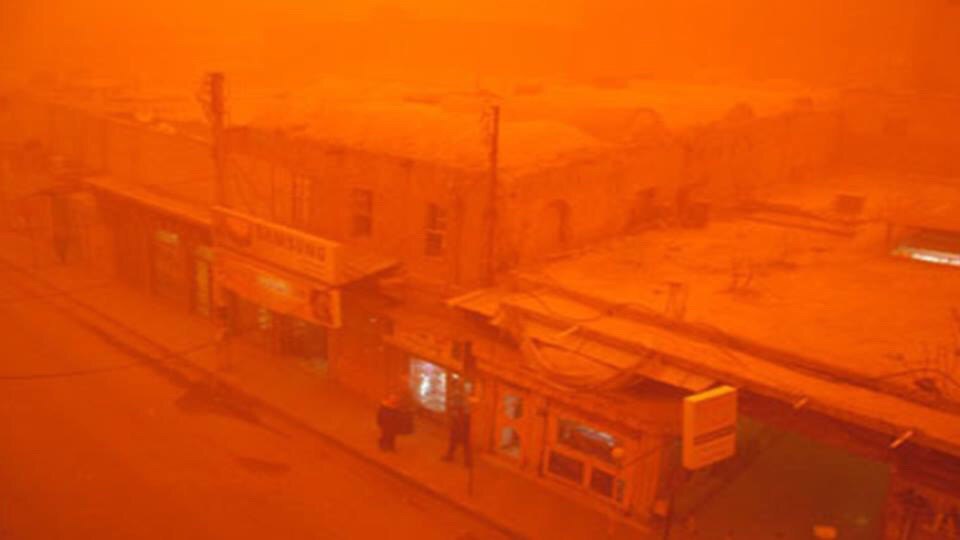 The Americans staking a claim to Al-Bukamal...

Su-22 in the vicinity of Al-Bukamal 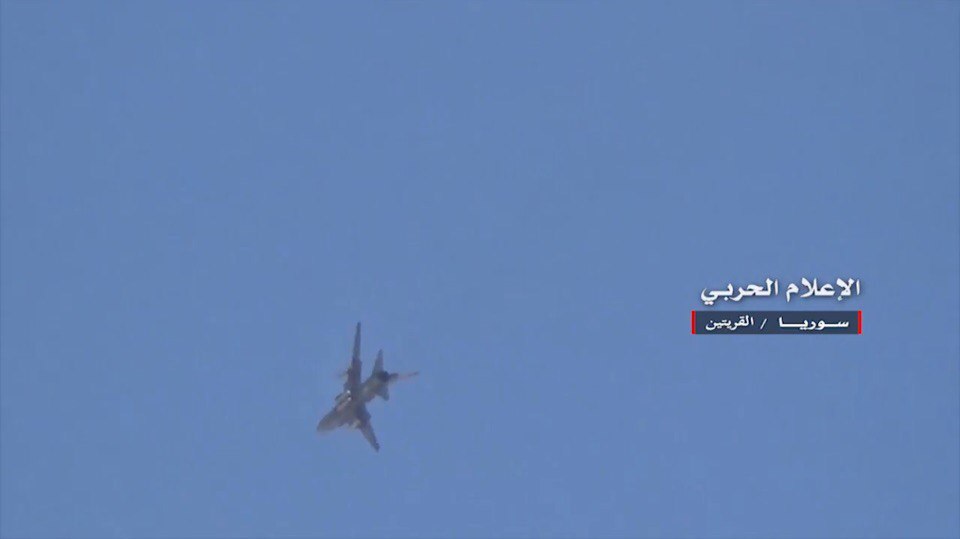 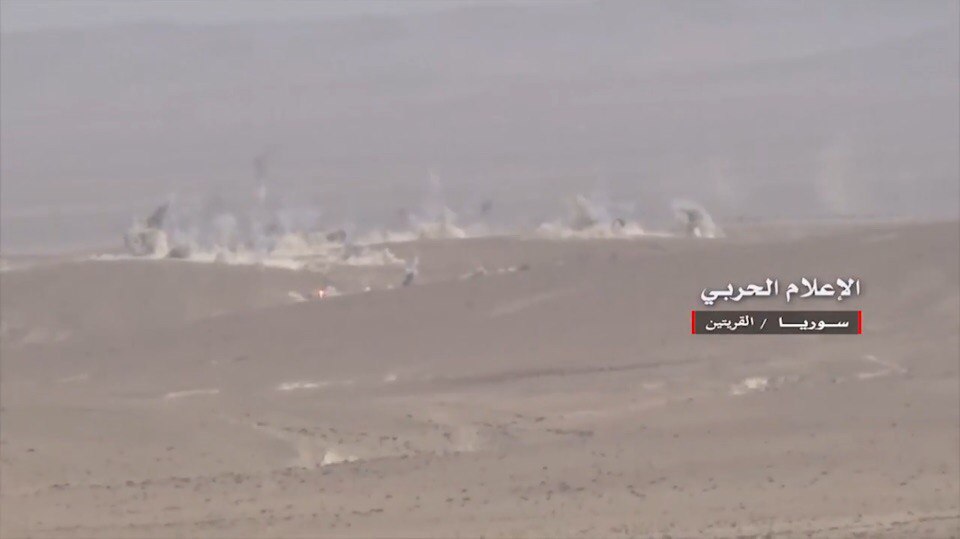 Relaxing after a hard day on the frontline 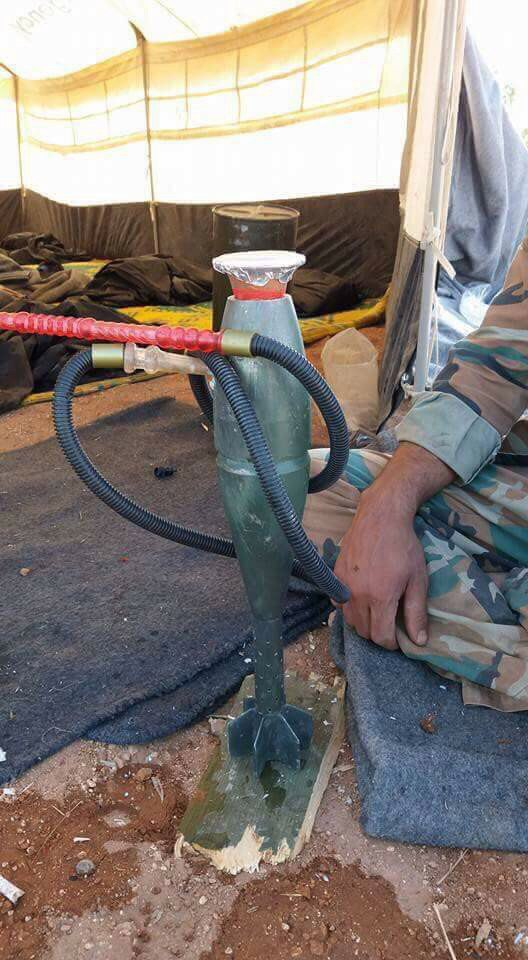 SDF continue mopping up areas east of the Euphrates. 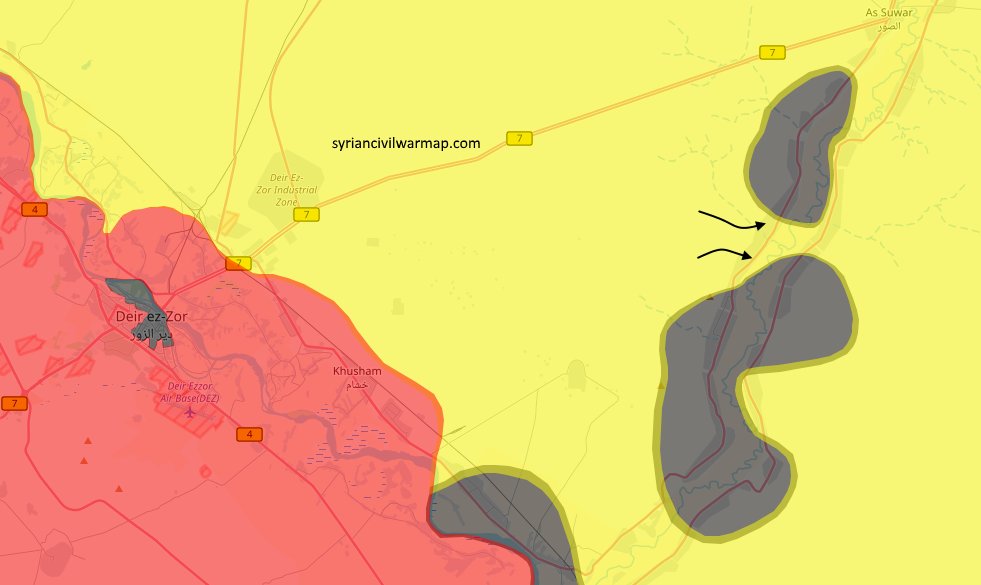 Funny how our establishment MSM pressitutes have remained silent as the grave on this...
calm 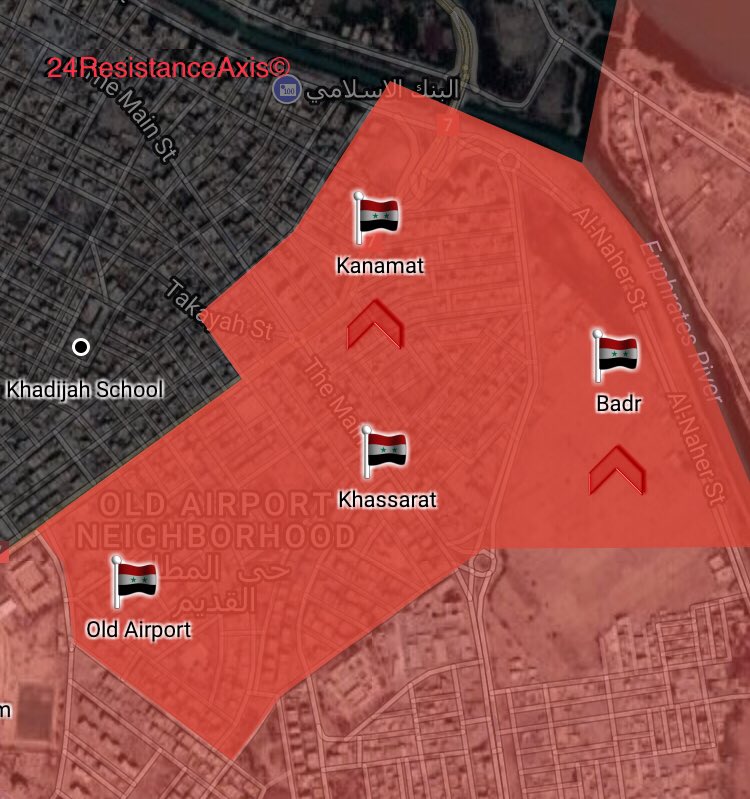