OPSEC seriously increased. Almost no traffic out there re Syrian operations. Only exception being on the Lebanese border.

This is how it should be.
Benya The Syrian army, Hezbollah  and the Lebanese Army have launched a coordinated operation against Hayat Tahrir al-Sham (formerly Jabhat al-Nusra, the Syrian branch of al-Qaeda) and ISIS at the Syrian-Lebanese border.

The goal of the operation is to end militant presence in the Lebanese town of Arsal and the Syrian village of Fleeta.

The military operation followed a series of attempts of the Lebanese government to negotiate with militants in the area and to push them to withdraw from the Lebanese border to the Syrian militant-held province of Idlib.

Photos from the battlefield: 
Great, I can only hope that IAF won't attack them from the air under the pretext of this and that.
franco

Map of the Euphrates west bank still controlled by ISIS

The arm-and-train program of the CIA for Syrian opposition has been ended based on assessment and was not a favor to Russia, according to US Special Operations Command head Raymond Thomas.

The arm-and-train program of the CIA for Syrian opposition has been ended based on assessment and was not a favor to Russia, according to US Special Operations Command head Raymond Thomas.

What about the Pentagon program?
Oh yeah, I forgot. The assumption is that we're all stupid

Bit late, but relevant to the War.
Don't like Jimmy Dore's politics, but this is fricken spot on:

The level of propaganda in US media (supposedly liberal and "progressive) is astounding.
KiloGolf

some footage from the joint Syrian-Lebanese op near Arsal at the border:

and not sure if this one got posted before:

and exposing the "Bana" propaganda, turns out they're AQ proper:

What is that truck mounted howitzer?
JohninMK 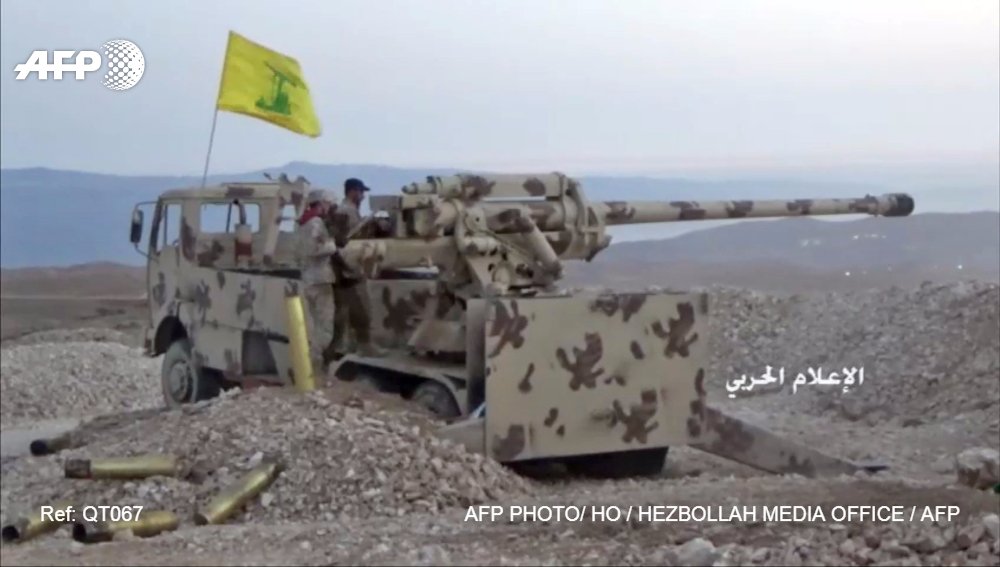 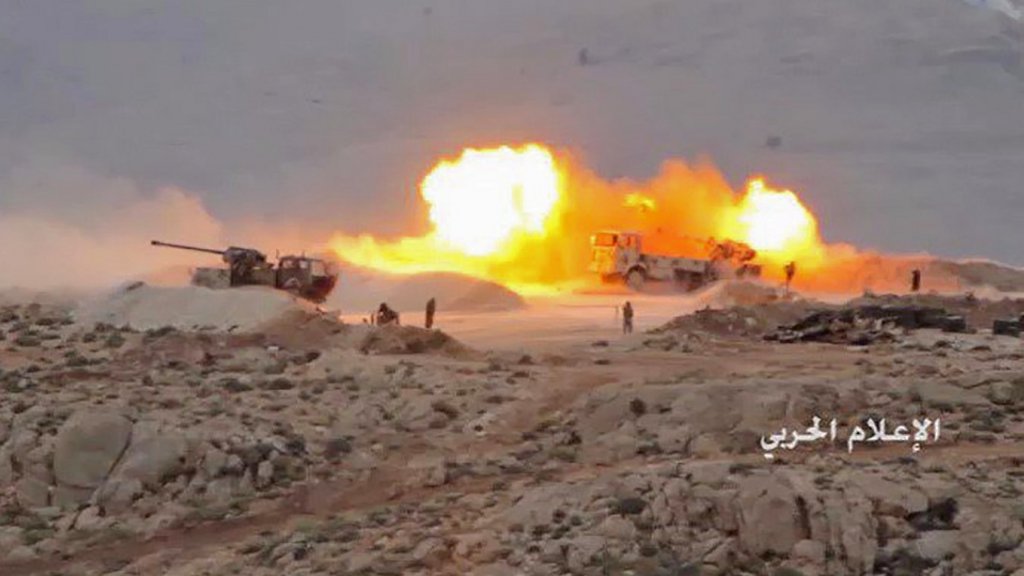 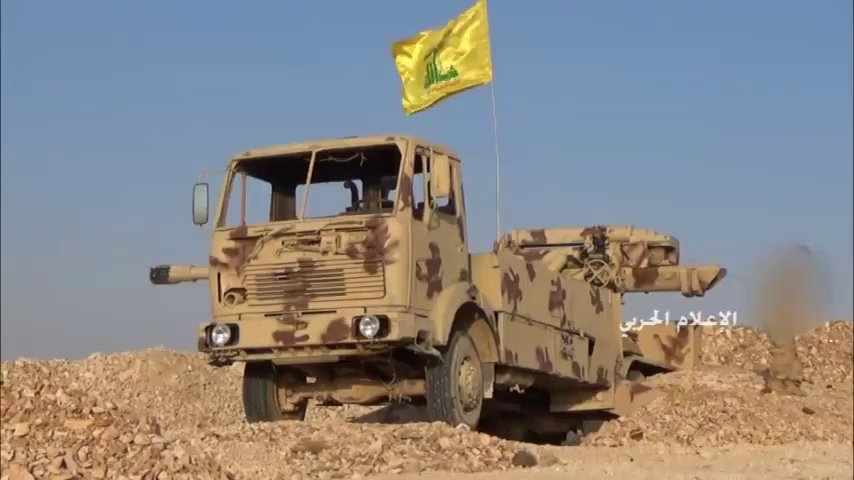 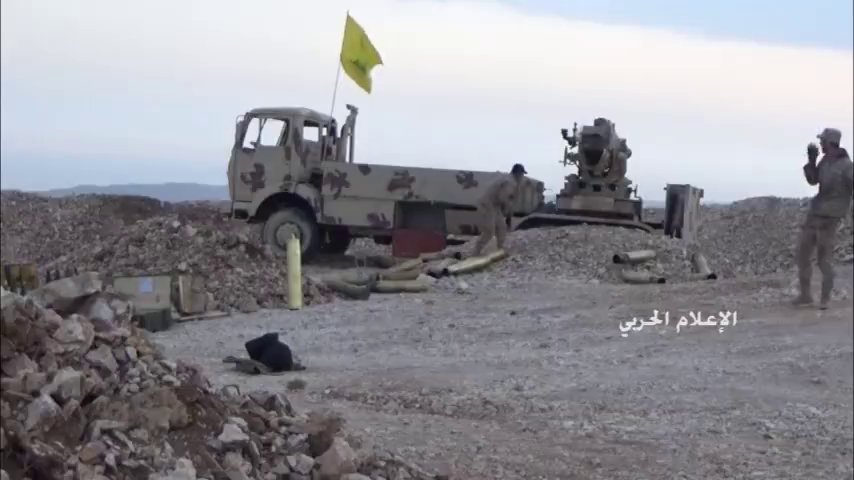 No idea bro. I want to say D-74 custom fitted on a truck. But I'm a terrible arty spotter

more vids, I suspect from the Lebanese border.

hehe, no Idlib for them, maybe some prisoners exchange

Sounds like ending of every romantic relationship I have ever been in.

Sadly, I was not Hezbollah in those stores.

That's one thing, another thing is that they will still keep pumping their money/supplies/arms to the kurds (SDF/YPG).

Sounds like ending of every romantic relationship I have ever been in.

Sadly, I was not Hezbollah in those stores.

Some weeks ago I ended one myself. I was strong enough to initiate it and then wouldn't bother. It's quite a relief when you have the initiative, notify her and let her know you want to move away, with no contact (from what I hear that's a popular method women often apply, minus the decency sometimes to explain, as I did on a message). And yes I miss lots of aspects of her, but hey she had flaws that wouldn't make anything serious work. I keep reminding myself that.

If she didn't bother to answer your calls, you don't deserve to waste your precious time on her.

SAA is being smart to go for the river, leave one flank to defend, as they did when they moved to Maskaneh with that water canal.
calm

Reports that the SAA took Dalhah are true however reports they took Ukayrishan is false.

SAA is now playing a very very dangerous game one wrong move and ISIS will have a field day.

BEIRUT, LEBANON (12:35 P.M.) – The Syrian Arab Army’s (SAA) Tiger Forces are within 40 kilometers of the strategic city of Deir Ezzor according to a high-ranking commander within the elite formation.
https://www.almasdarnews.com/article/breaking-tiger-forces-within-40-km-deir-ezzor-city/
Over the last several days, the true nature of SAA advances on the ground in southern Raqqa Governorate has been shrouded in secrecy for a number of political and military reasons.

Officially, SAA military sources have announced capture of the town of al-Dakhelah (on the western bank of the Euphrates River) as well as the B’ir al-Sabkhawi oil well and the al-Sabkhawi gas field in Raqqa Governorate’s far southeastern countryside. This was reported about 10 hours ago.


However, one particular Tiger Forces military source has said, despite the fact that this officially is denied, that today the Tiger Forces managed to achieve a mammoth 22 kilometer advance down the western bank of the Euphrates reaching the town of Shayma – located 40 kilometers north of Deir Ezzor city.

The commander attributed today’s large advance to a general collapse of ISIS defenses in the area.

The Tiger Forces commander added that the SAA will now face a harder time pushing towards Deir Ezzor and estimated that the SAA should reach the city by the start of September.

In any case, the advance by the SAA’s Tiger Forces over the last week has come as a major surprise for observers of the Syrian war, with even the most optimistic pro-government commentators not expecting the city to be reached until the late autumn of 2017.
JohninMK

SAA is now playing a very very dangerous game one wrong move and ISIS will have a field day.

Very true and the SAA have form on advancing too far and too fast and paying the price, Tabqa last year if I remember right.
calm

SeigSoloyvov wrote:SAA is now playing a very very dangerous game one wrong move and ISIS will have a field day.

No, they are rolling well over that, and no IS can't do shit, expect some hit and run suicidal attack, but DEZ will go to SAA hands, Kurds are too late.

On other front
Bad day for SAA in east Homs. While they keep advancing in Raqqa
IS is fighting its last battle for central Syria, at outskirts of Al Sukhan


video of direct artillery strikes on SAA camps in desert, to bad they do not want to dig trenches...