Nice photo, Varyag in a Dalezavod dock sometime in 2013 (?).
Austin

Can some one tell me the X Band and X & L band AESA radar are targetted at which class of Ships ?

1.20385.
2. a series of radars system developed for different classes of warships later.
Austin

"Understanding the importance of the issue related to the provision of the Navy of the country modern weapons, we see it necessary to create at least two centers of shipbuilding in Russia. One of them - in the Far East on the basis of the Amur shipyard," - said the Minister of Defense Bassargin during a visit to the NEA.


"In case you have decided on the recognition of the main supplier of the NEA Pacific Fleet combat surface ships and submarines for solving the state's defense capability in the long term, the plant is ready to carry out the construction of corvettes, frigates, minesweepers and submarines" - promised CEO.


According to him, with the command of the Navy previously agreed production program until 2024 - it includes the construction of four Project 20380 corvettes, three frigates of Project 22350, Project 12700 minesweepers seven, six diesel submarines of Project 677, Repair and modernization of the nuclear submarine project 971 type " Bars ".

We will see what and if it builds anything by then.

Shoigu just criticized them a few days ago for being given money and doing barely anything with it.

Does Severnaya know about this 22350 order? Because they were granted a monopoly on it.

This is just them lobbying for orders IMO.
Austin

Nice Interview , Some useful information too

A nice little infographic that I found on military photos .net. It's displaying Russia submarine fleet: 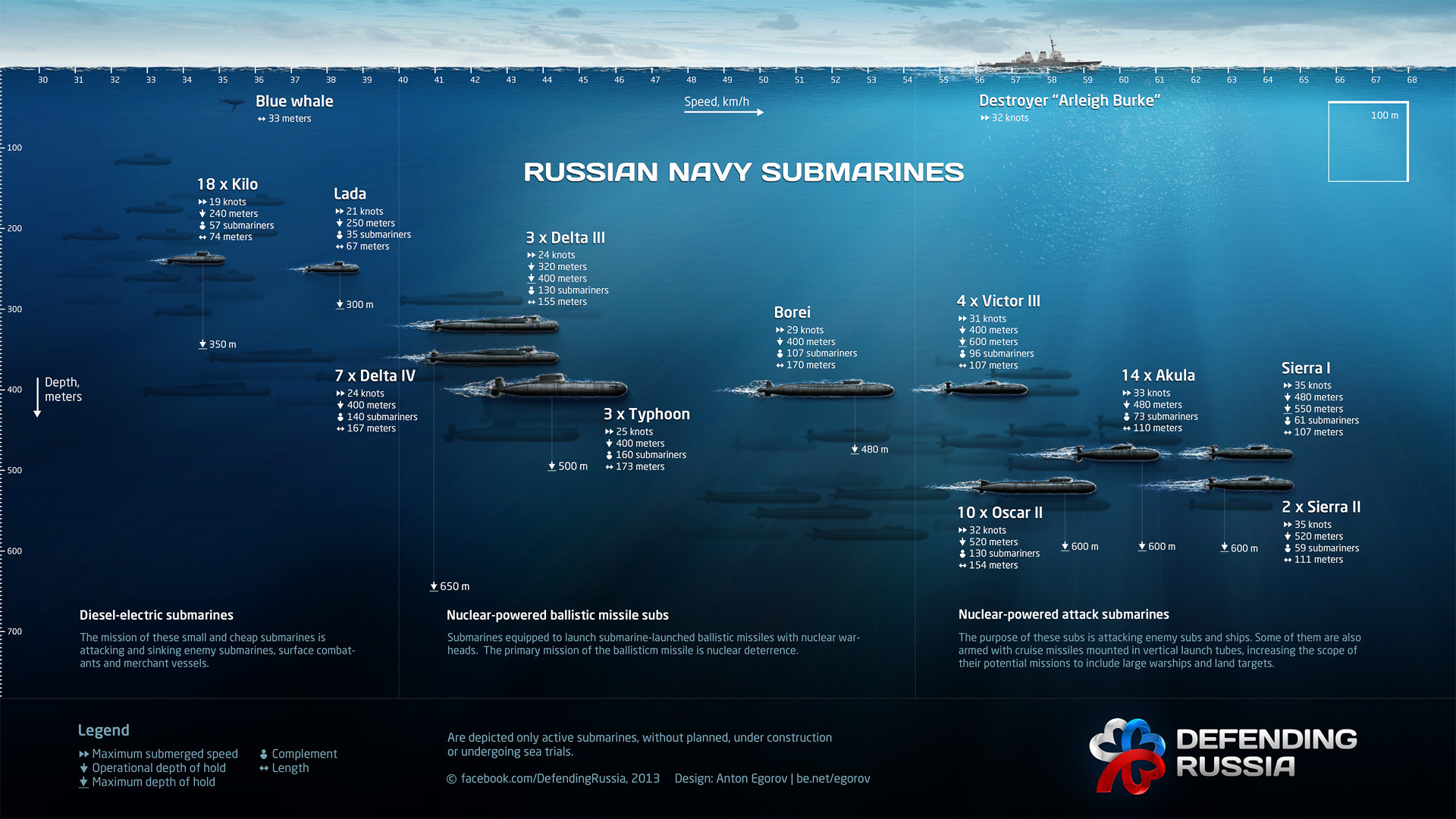 Well while the chart is nice it is also blatantly wrong.

Their claim to only displaying active subs is laughable.
magnumcromagnon

...Is there more or less variety of subs in active service in the Russian navy?
TR1

...Is there more or less variety of subs in active service in the Russian navy?

What I mean is:

The Akulas: Dmitry Donskoy is a test vessel (not even an active SSBN in the classic sense) while the other two (Arkhangesk and Severstall) are tied up at pier next to each other, near Sevmash. Neither have an armament, and neither are operational.

Further, the entire Kilo fleet is most certainly not active. However some of the boats are being repaired and brought back, and certainly the task is extremely easy (compared to bringing back the giant Akulas), so that number we can keep without straying too far from reality.

14 project 971s is also nonsense. The Russian navy only has TWELVE boats physically not cut up, and out of those, some are/have been awaiting repairs for years and are not operational whatsoever (and their future unclear). I am not talking about a boat like Leopard, which while certainly not active, is being modernized @ Zvedochka, and will be brought back in 2015....not active, but certainly a part of the fleet that isn't going anywhere. Kashalot on the other hand has been @ Amur, awaiting its fate for years.

You see my point I trust.
KomissarBojanchev

So basically Russia has 0-7 subs operational of each which makes about 20 subs in total. How can one expect them to effectively defend Russia's waters with such a miserable count for such a big country? If we don't see at least 60-70 subs of all types operational by the next 5 or so years then the Russian navy will be in very deep sh*t
TR1

Lmao. Do you know how much that costs? America has barely that many boats and they have a giant defense budget.

I don't even know where you pulled 60-70 subs in 5 years. That's factually impossible.

BTW, I have a spreadsheet of the operational classes of major submarine and surface combatants in the Runavy, and their last known operational status. I need to update the subs part, I will post it then.
Viktor 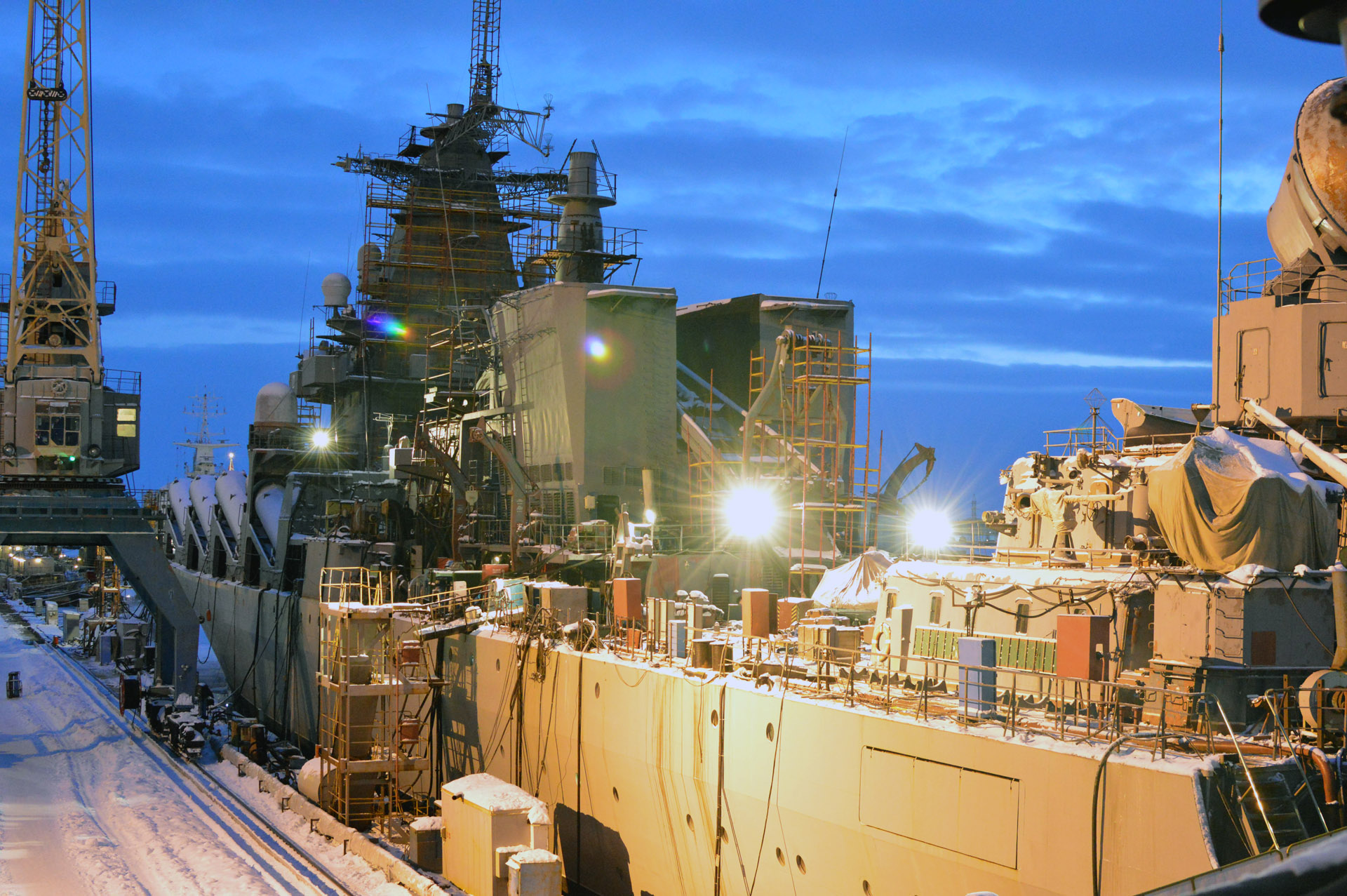 Actually Ustinov has served in the Northern fleet, and will probably be transferred to Pacific fleet when works are done.
Good news, although as of now the main missile Bazalt remains.

Barnaul will be utilized.
eridan

what do you mean by utilized? you mean scrapped for metal? that's what i managed to gather from the text...
TR1

eridan wrote:what do you mean by utilized? you mean scrapped for metal? that's what i managed to gather from the text...

Yep, going to be cut up.
Austin

Shipbuilding: with an eye to the future

I posted a news a day or two back that they will build 6 Lada by 2024 in Russian Far East Shipyard.
Viktor

Austin wrote:I posted a news a day or two back that they will build 6 Lada by 2024 in Russian Far East Shipyard.

I suspect most of the new stuff will be mass produces enmass during 2015-2025 time frame .....many of the developments specially on Surface Ships are too ambitious for 2020 time frame , production bottleneck and new technology are the key bottle neck.
Austin