Moreover short time after deployment of any new equipment (like S-400, Iskander etc) we immedeatly saw some foto which sneaked into the net. Not so in this "S-300V case". Nothing.
So I tend to think the S-300V news of autumn last year was just a bluff.
Your ideas?
miketheterrible

I doubt it is a bluff.  We have little idea as to where they may have been placed.  For all we know it could be right at the port or somewhere else. We could be looking in wrong direction.  Russia hasn't been the one to bluff but to say exactly what they are doing.  Like the S-400 placement at the airbase.
rambo54 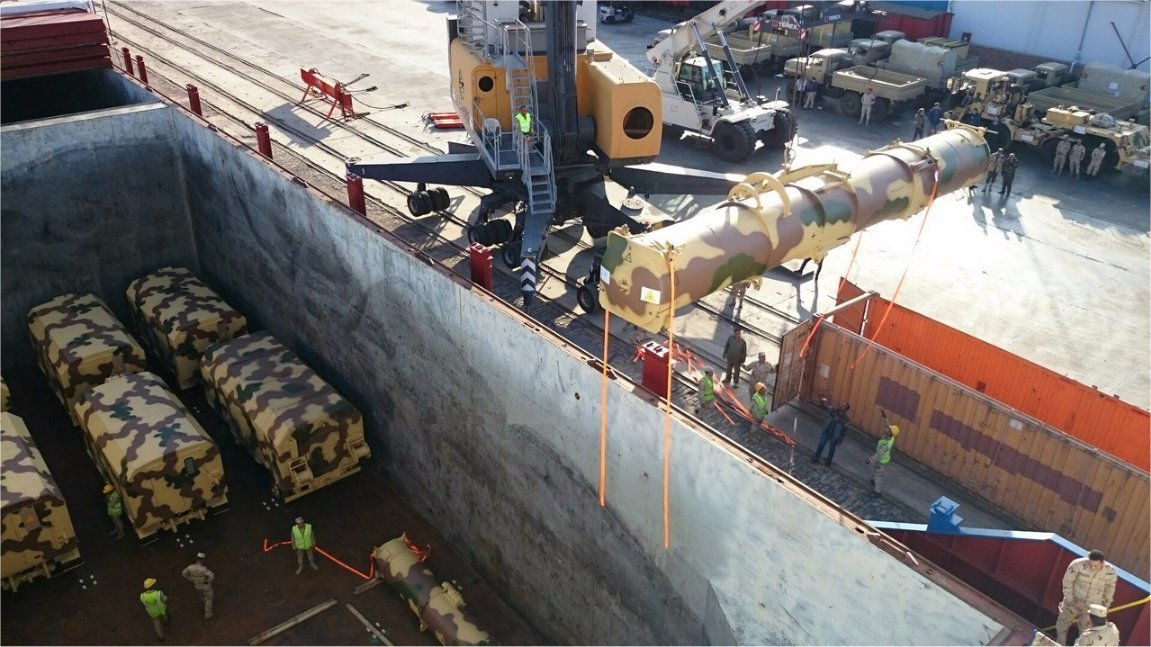 The original was taken from altyn73’s colleague  in the New Ground Defense Air Defense Brigade The new S- 300B4 anti- aircraft missile system, designed to connect the air defense forces of the Eastern Military District, was delivered from the factory to the Kapustin Yar training ground (Astrakhan Region) to carry out coordination of calculations. 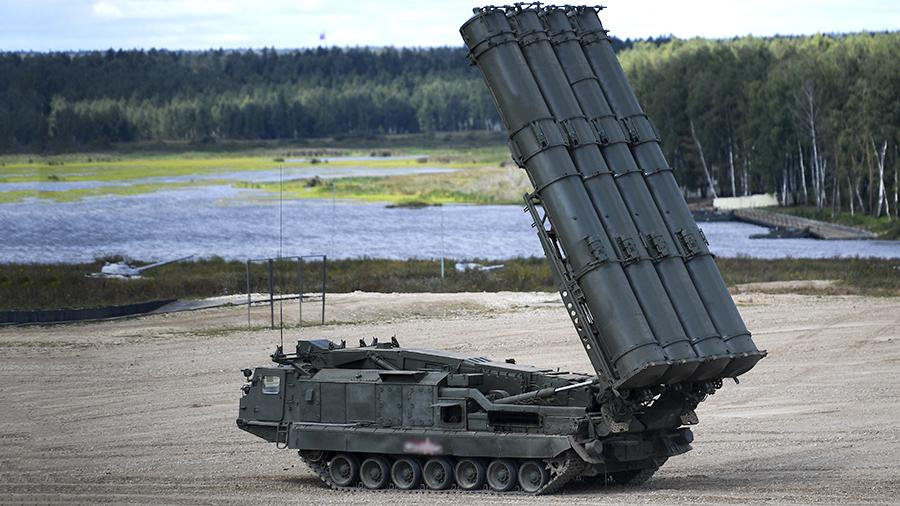 The military personnel of the district, who arrived at the military training ground, began to study the material part of the air defense system, the order and basic principles of operation of the units and assemblies of the complex.

At the final stage, it is planned to conduct so-called “docking” firing during tactical exercises.

When carrying out its practical part, anti-aircraft gunners will carry out the transfer of complexes from the traveling position to the combat, detection, identification and tracking of targets.

To test the readiness of calculations for the implementation of combat training missions and interception on combat duty, combat launches will be conducted.

After that, the anti-aircraft gunners will arrive at the point of permanent deployment with new equipment.

It is worth noting that such an air defense system comes into service with the Air Defense Forces for the first time.

That is rather big news... this is an Army defence SAM being integrated into the PVO/VKK aerospace defence network... this is pretty impressive.

Army systems are mobile and generally tracked to move with armoured vehicles cross country, while Air Force systems are wheeled to move fast over large distances... of course there are exceptions... OSA and SA-9 were wheeled and were army systems of course.

Adding Army systems to the defence network adds a lot of air defence platforms and sensors and units, and sharing information means better awareness for all units and of course fewer blind spots for all... when they add Naval units they will have an enormous system that includes OTH radar data spreading thousands of kms outside Russian territory, and whereever Russian ships are operating... this is an enormous step forward compared with Georgia in 2008 when navigation and target information was in fact rather primitive...
George1

"This system has arrived for service with the Eastern Military District’s air defense troops for the first time," the press office said in a statement.

The S-300V4 is an advanced highly mobile air defense missile system designated to protect vital military and administrative facilities and groupings of forces against strikes by ballistic and aerodynamic air attack weapons. This is the fourth version of the upgraded S-300V battlefield anti-aircraft missile system. 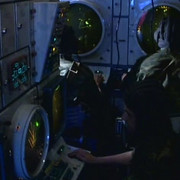 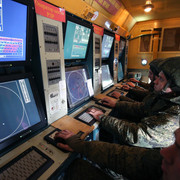 The new 38th anti-aircraft missile brigade (Military unit 47836) is deployed on the territory of the Old Airport in the village of Ptichnik, Birobidzhan District, Jewish Autonomous Region 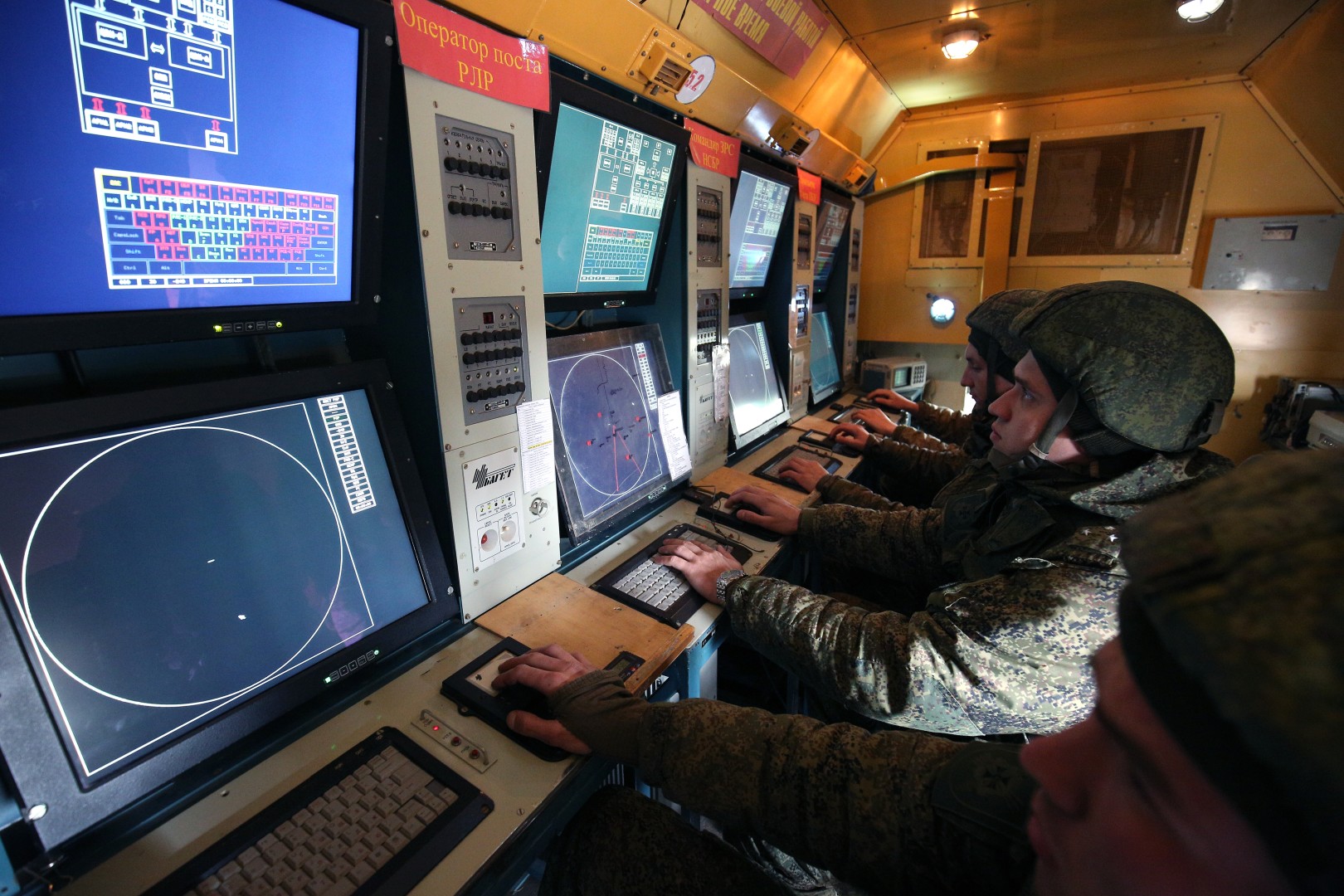 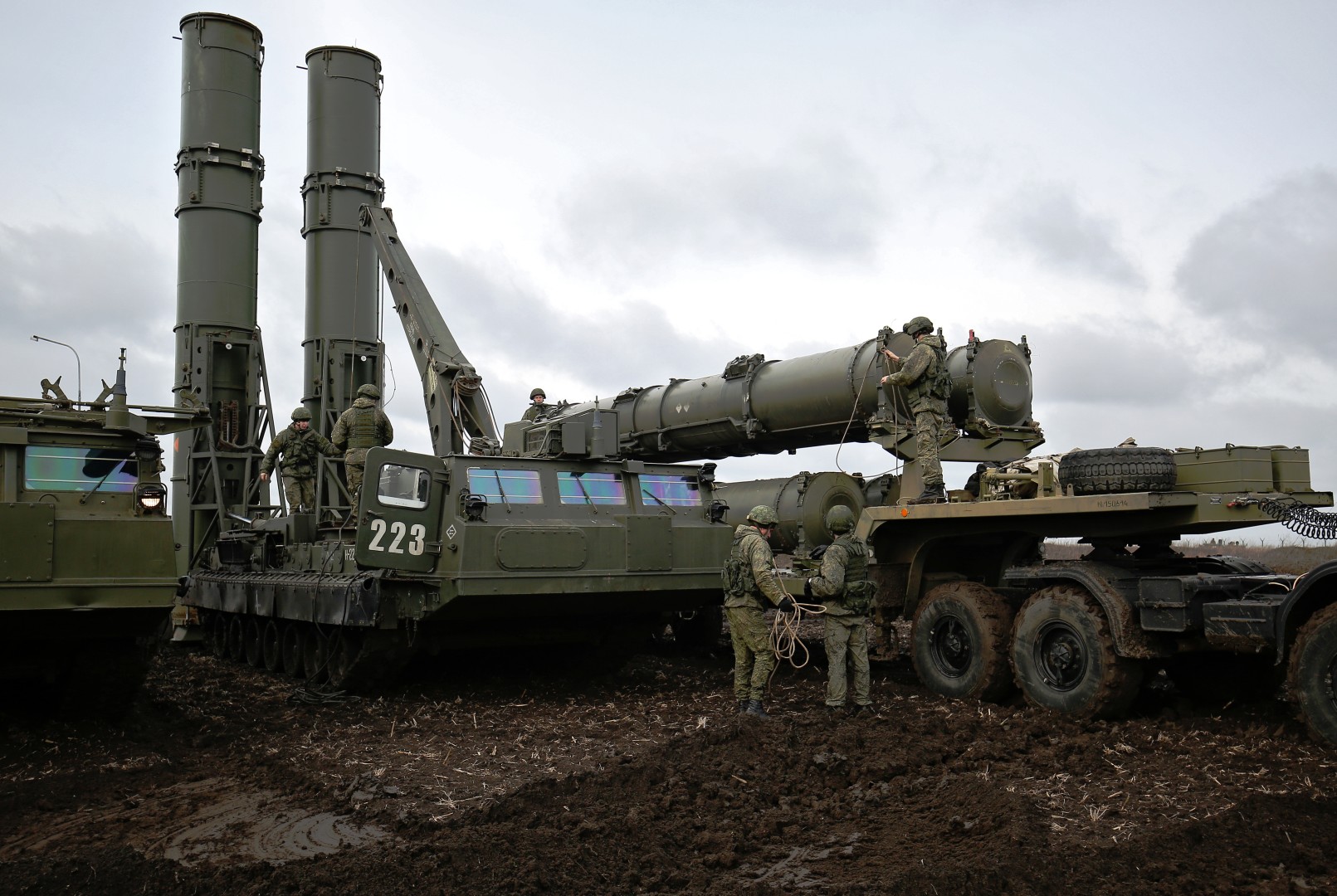 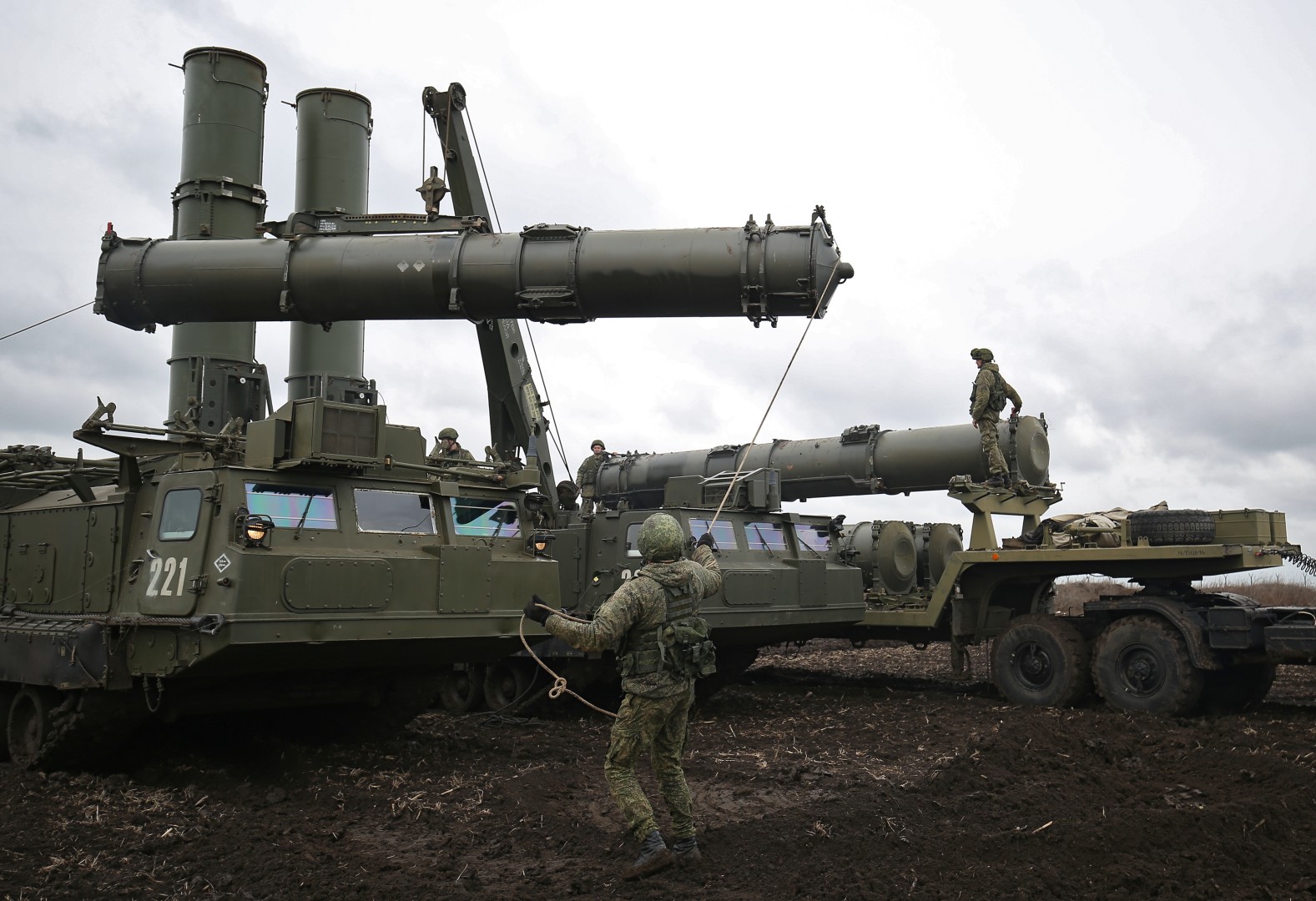 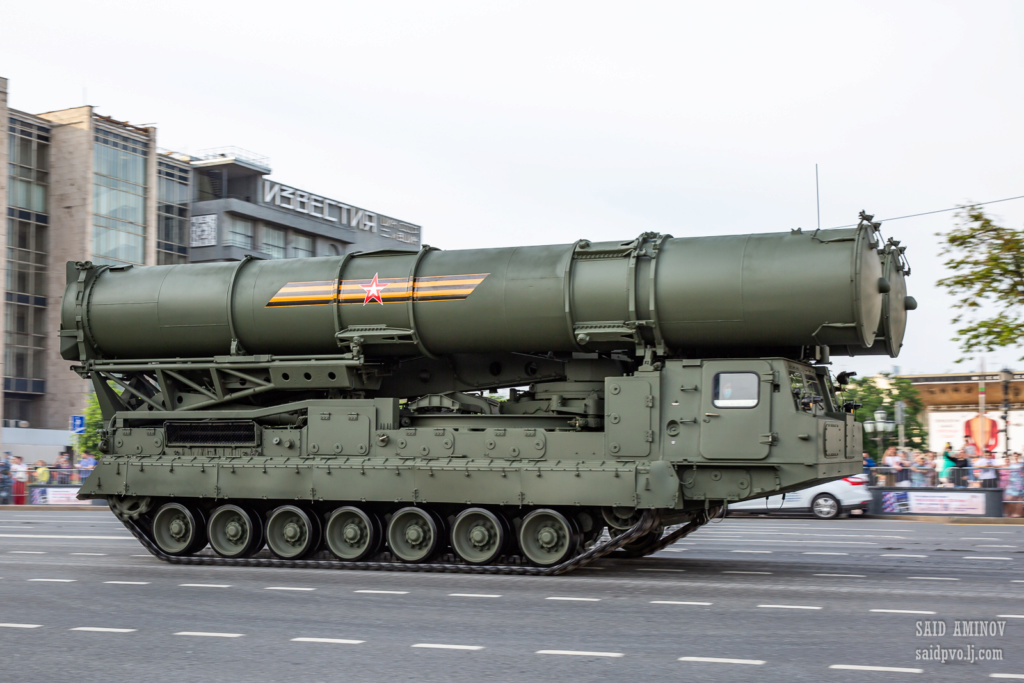 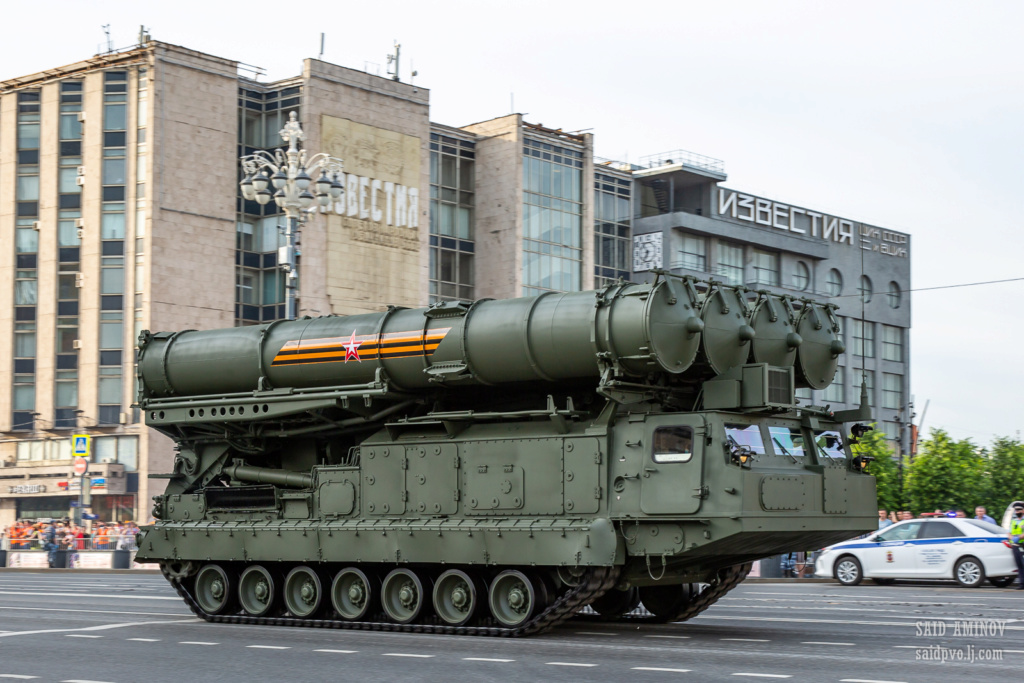 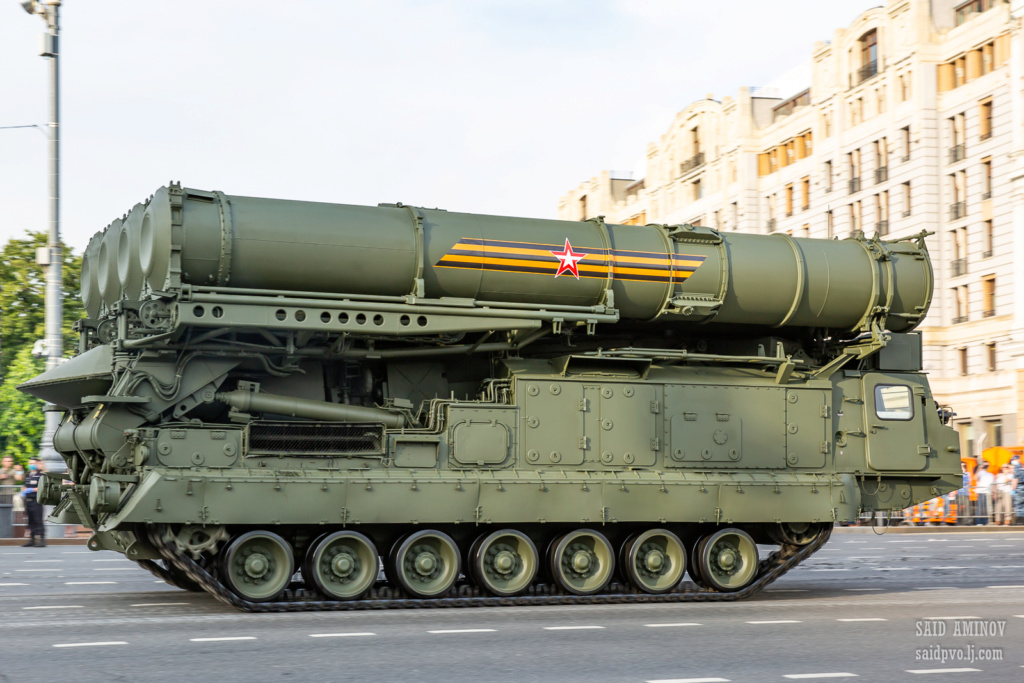 S300VM/V4 have two type of missiles. The two tubes carry one type while the 4 tube carry the other type. I don't remember the names. The bigger ones have longer range and go higher. But they don't have a radar on their vehicle and they have less of them per system.
Hole

It does carry a radar. 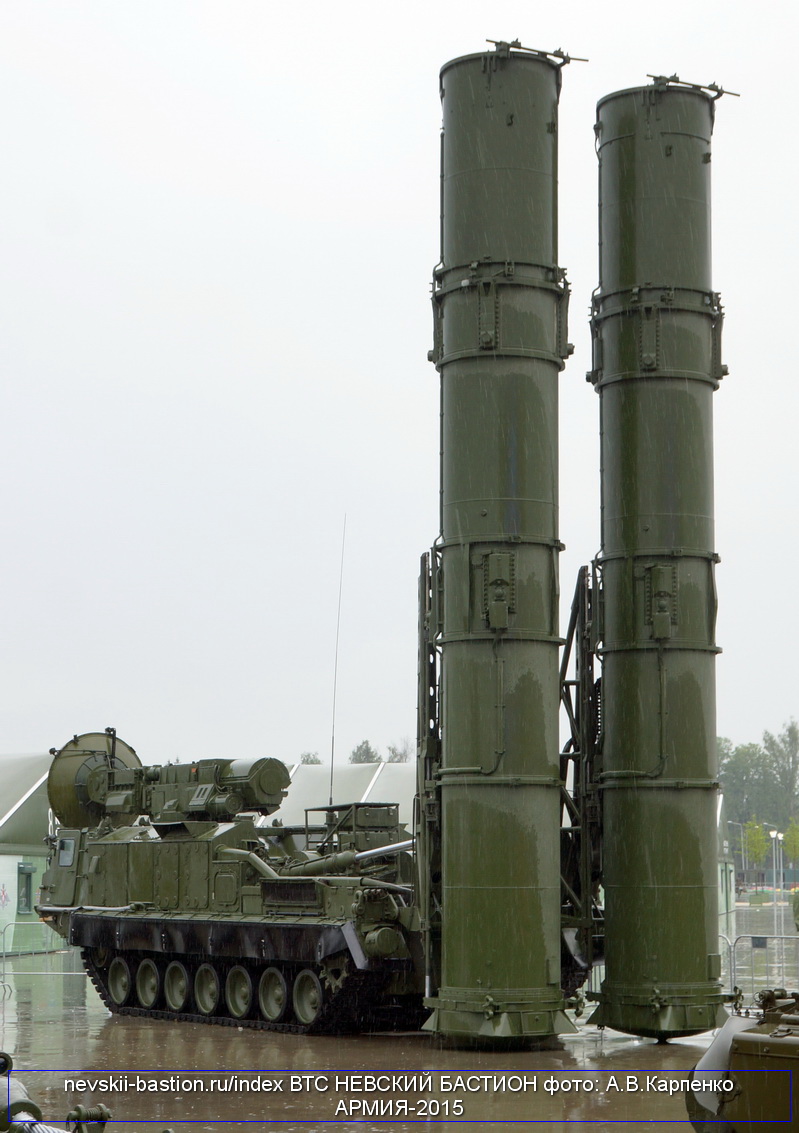 Yeah I forgot but the radar doesn't have a mast like on the 4 tube vehicle.

However in the export VM variant I think there was no radar. At least on some pictures the vehicle with the two big missiles is not fitted with it.

There are three families of S-300.... it was supposed to be one system, but requirements diverged... S-300P is the Air Force model... wheeled vehicles that are easier to drive 1,000km on nice roads and are much cheaper to buy and operate and then set up to protect an airfield... and generally not move around very much, the S-300F is the naval model which is essentially the Naval version of the Air Forces P model... and S-300V is the army model... which is this one... tracked vehicles for missile and radar vehicles and totally different missiles because it has a focus of shooting down ballistic missiles so it uses a different missile.

The Standard S-300V family use two different missiles for the job carried on two different TELs, one being a much bigger missile and the other being a smaller missile... HATO calls the Gladiator A and B. The big missile has a twin launcher on a tracked vehicle and the smaller missile has a single row of four missiles on a tracked vehicle, compared with the two rows of two missiles on the S-300P on a wheeled truck mounted TEL.

Can't remember if both missiles are two stage or if one is single stage and the other is two stage... here is the big one which is two stage: 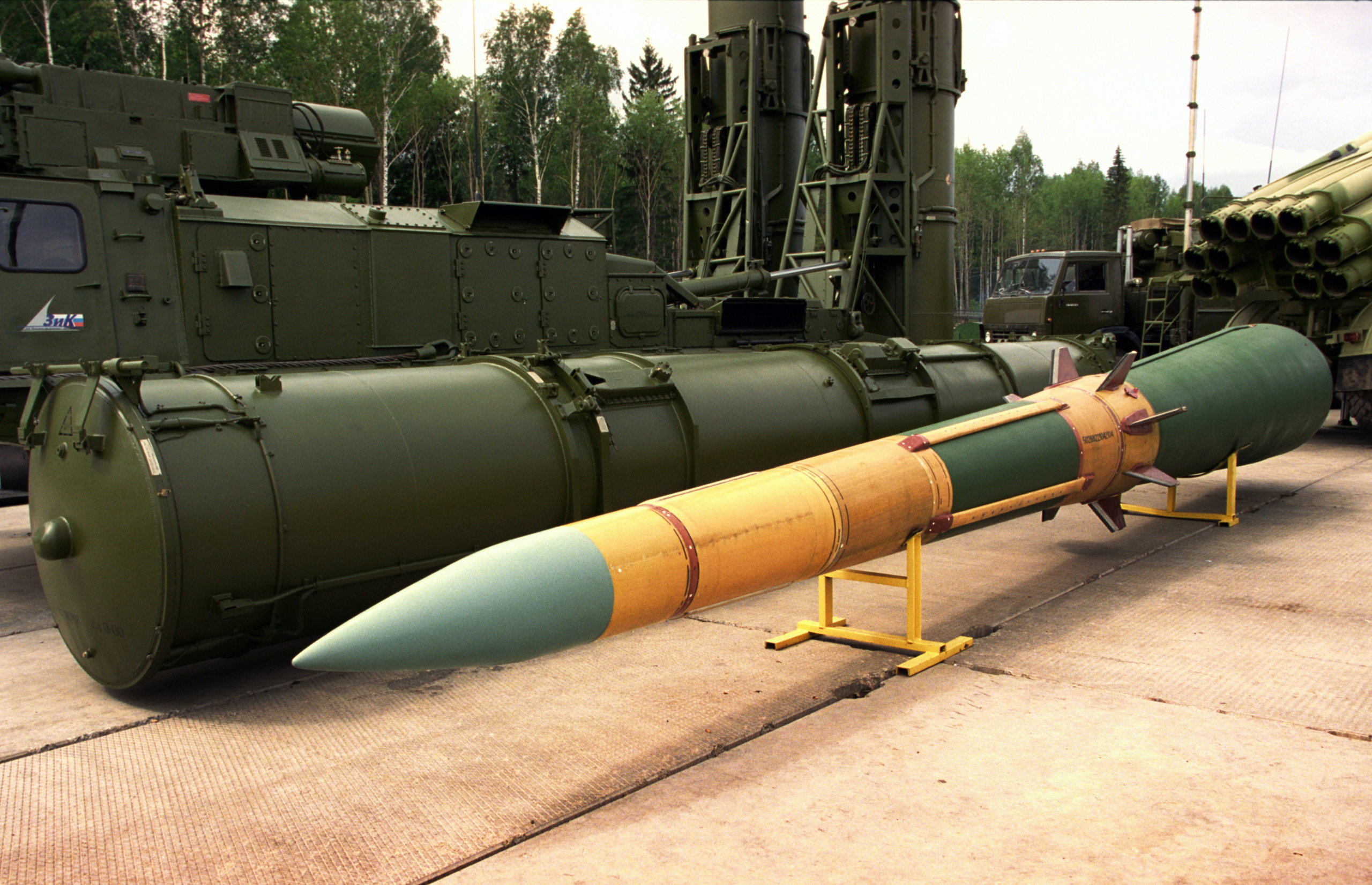 And here is both vehicles side by side though the TEL for the bigger missile has its communication tower lowered... 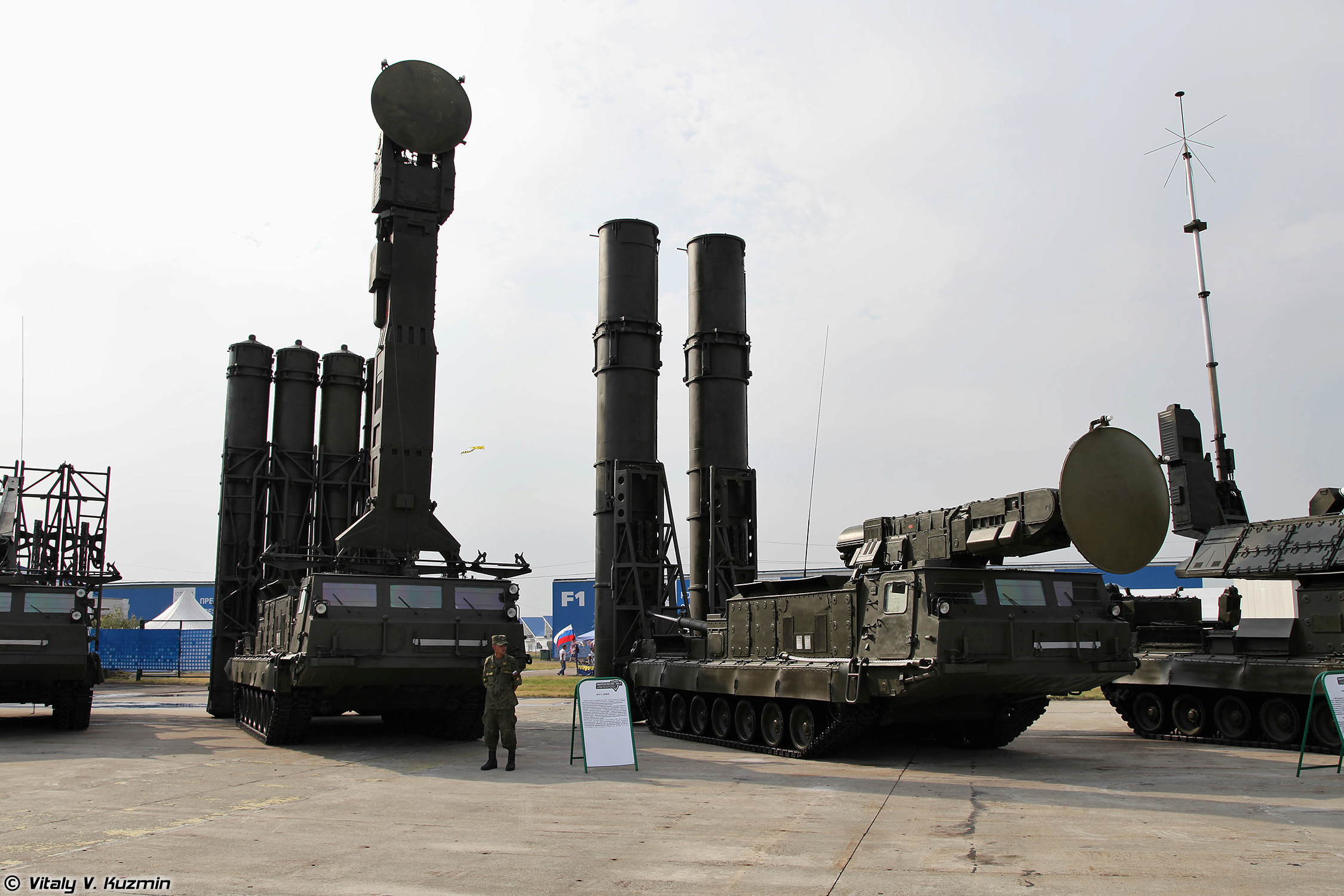 P and V are also made by two different design bureaus. They share nothing in common.

It was supposed to be a unified system, but the requirements of the two parties was totally different so it was split effectively in two because the F and P models use the same missile and very similar systems.

The V model is totally different however with the Army having experience with theatre tactical ballistic missiles and having more demanding requirements.

In many ways the S-300F and S-300P would be a Naval and Air Force Patriot, which doesn't exist, while the S-300V is more like a combination of THAAD and Patriot... S-300P developed and is the equivalent of PAC-2 and PAC-3 combined.
Hole

Isos wrote:Yeah I forgot but the radar doesn't have a mast like on the 4 tube vehicle.

However in the export VM variant I think there was no radar. At least on some pictures the vehicle with the two big missiles is not fitted with it.

It seems to be a new system. 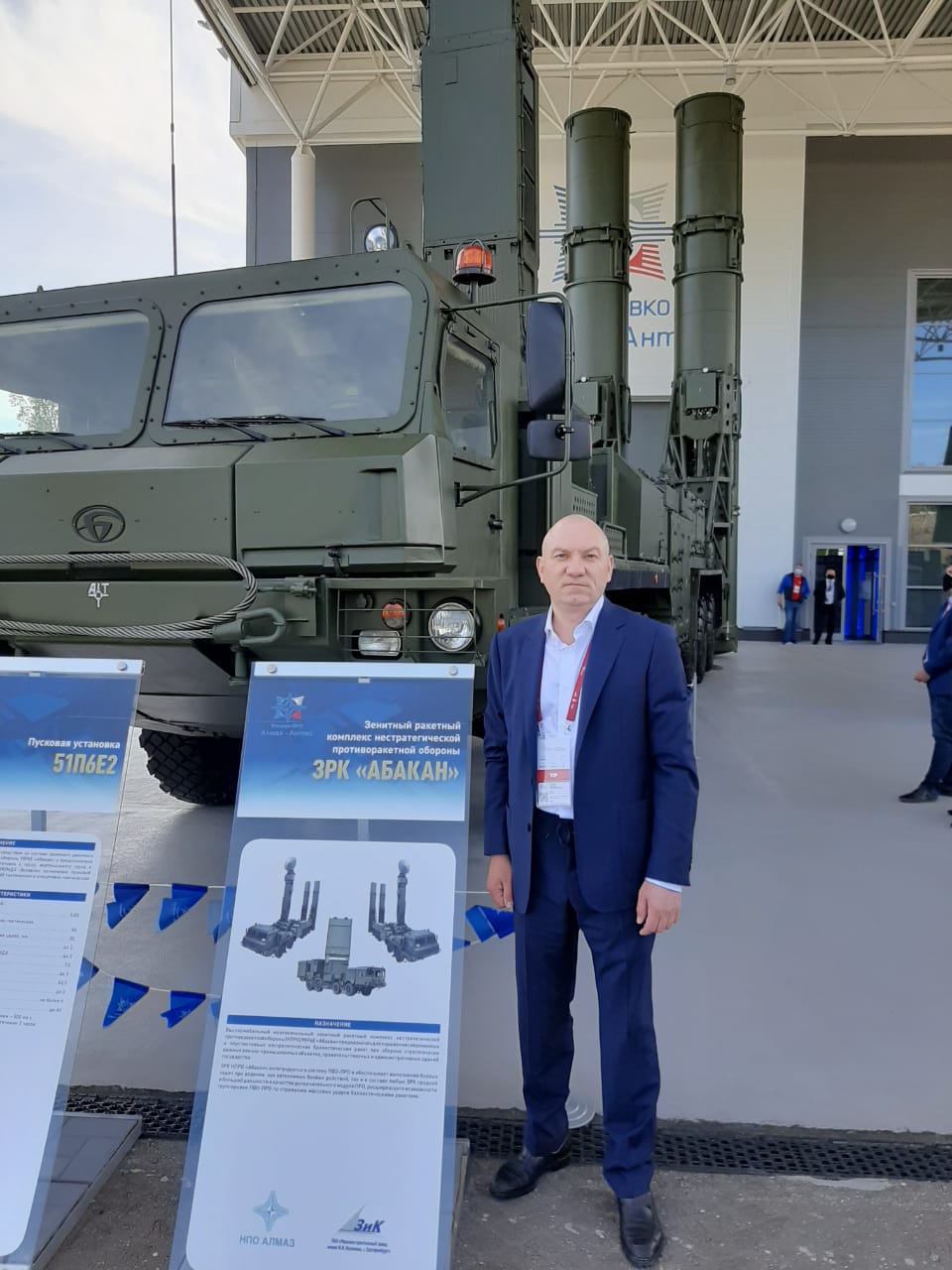 It seems to be a new system. Non strategic ABM system to protect cities. Could be a mix between s-500 with S-300V4 missiles.

I don't know if the two images are related. 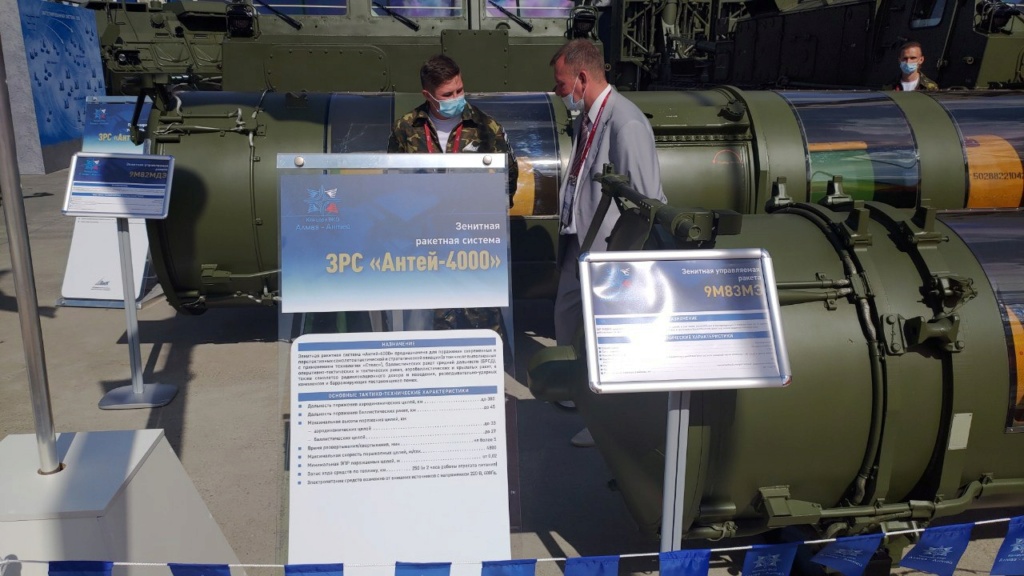 Isos wrote:It seems to be a new system.

We will see, time will tell. It could be new system or just S-300V4 placed on wheeled vehicles for PVO VKS as suplement to S-400. 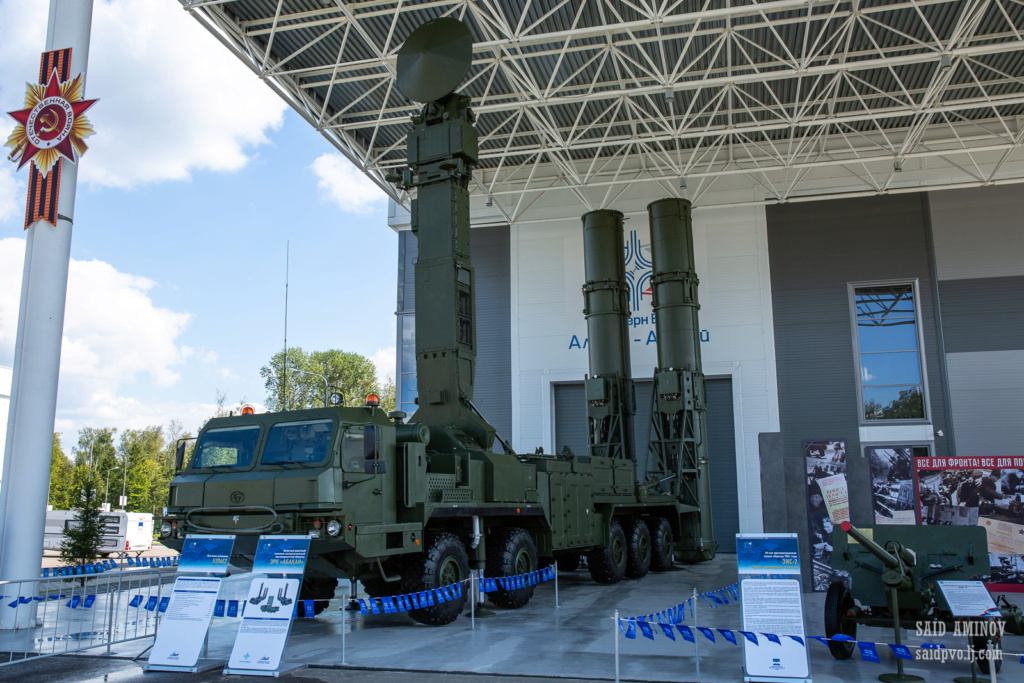 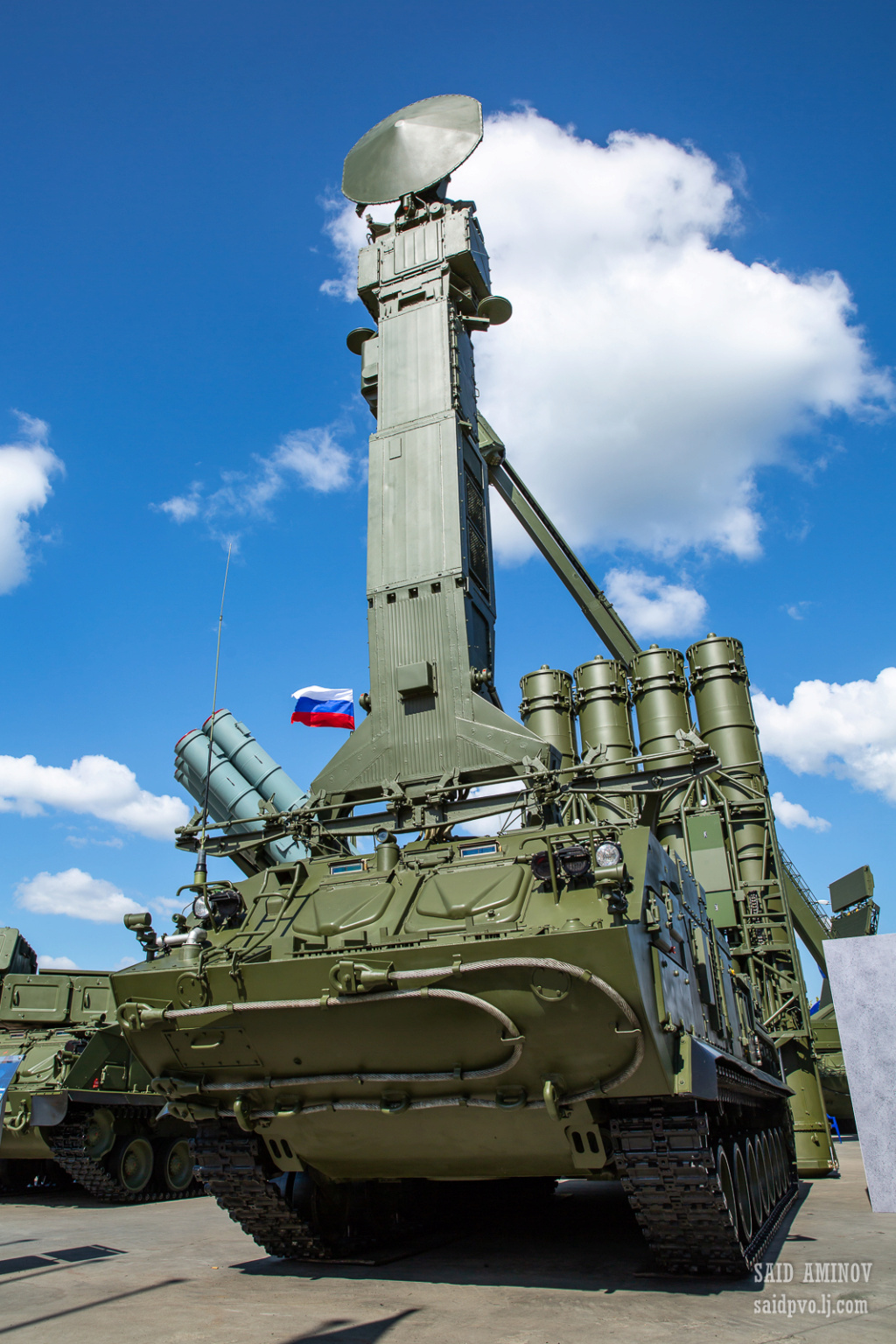