Again. Zero reliable sources, and you're a notoriously poor contributor, so discard.

This is a reliable source, more reliable than your bitching

Only small batches of BMP-1AM have been sent to the Ru AF.

How about you show sources that at least 70% of BMP-1s and BMP-2s are upgraded to BMP-1AM and BMp-2M standard?
lyle6

yeah, but coming from you that is one massive anti-rating.

Topwar is a site of defeatist communists.

@limb
I can tell that you read that loser Skomorokhov too much. While he makes some valid points, most of it is easily debunked and outright idiotic.
And yes, anyone can contribute to topwar.
marcellogo

BMP-2 even in basic version is a better IFV than anything Ukraine has and would be a match even for Marder AND Bradleys, BMP-1AM despite the name is more a BTR-82A on tracks than an IFV: it could however be IMHO something absolutely essential for increase the effectiveness of BMP-2 equipped Btgs quickly IF and WHEN they (I mean the Stavka) will finally decide to increase the manpower of motostrelci regiments instead of keeping increasing artillery pieces and AD systems like it was in the case of the failed Serdyukov's brigade reforms.
A company more (or better a BMP-1AM added to any platoon) would resolve most of actual shortcomings of such equipped formations.
In the ones equipped with BMP-3, problem doesn't just happen given that standard model has already enough internal spaces (but maybe adding a Dragun model with larger rear doors could still be useful).

"BMP-2 even in basic version is a better IFV than anything Ukraine has and would be a match even for Marder AND Bradleys,"

Except in situational awareness, where it's not in the same solar system as the Bradley.

9/10 times these pieces of scrap are shelled to bits before they can even see a glimpse of Russian armor.
But at least the crew had a nice view of their final resting place.

Diabetus wrote:"BMP-2 even in basic version is a better IFV than anything Ukraine has and would be a match even for Marder AND Bradleys,"

Except in situational awareness, where it's not in the same solar system as the Bradley.

Maybe of the Bradley M2A3 that has an independent commander's view with thermal camera.
The ones they are sending are a precedent version.
And no, the american themselves are not fully satisfied with such version as the increase in weight added was so high, it wore off transmission and impeded mobility, so they are now introducing a successive version, the M2A4 with a modified drivetrain,
And of such version they have an handful even for themselves, way less than updated version of russian BMP.

Vast majority of BMP-2s are not upgraded. Unlike with the T-72B3 or T-80BVM upgrades, where we have access to OFFICIAL CONTRACTs claiming hundreds of tanks, we only have 1 or 2 BMP-2Mofficial upgrade contracts of less than 20 vehicles each. The unupgraded BMP-2, unlike the M2A2 ODS, lacks any thermal vision device or BMS. Nothing, nada, zilch. Just a shitty 1970s NVD and IR searchlight. The BMP-2M corrects this, with an excellent domestis thermal imager superior to all bradley thermals, but as I said earlier, BMP-2 havent been massively upgraded like russian tanks and have only started to be upgraded very recently, only since 2018, unlike with the T-72B.

The role of the M2 Bradley and all vehicles of BMP series are bit different. The M2 was designed as a heavy IFV and BMP can be called light. The M2 was from the beginning designed with a TOW system, so good optics are mandatory. The now upgraded BMPs are better with their turrets.

The big advantage of the BMP in 80ies was...very light, low silhouette and incredible numbers. And that's a good concept! What's the use of sophisticated tanks if you only have a few of them? Of course, the conversion takes a little time and the focus is NOW on mbt. In addition, it is already planned to switch to a completely new series of vehicles...Kurganets and Bumerangs.

Well Limb, problem solved as I have never said anything like so: it's more than a match doesn't infact means "is superior in any metrics to...".

BMP-2 is a good combat machine superior to the average IFV and APC in dotation of AFU and a batch of Bradleys wouldn't change the balance.

Not to mention that a Bradley in a hand full of actual vehicles sprinkled across an enormous front line without air support and without artillery support against an enemy that has air power and artillery support as well as suicide drones in abundance... not to mention its amazing fire power results in an enormous concentration of ammo and fuel in a vehicle that is not amazingly well armoured... protection from 30mm cannon fire means nothing when enemy troops carry around RPGs that will gut it like a fish... and with all that ammo to burn...

That is assuming they can keep them running in the prevailing weather conditions that will be sub zero. 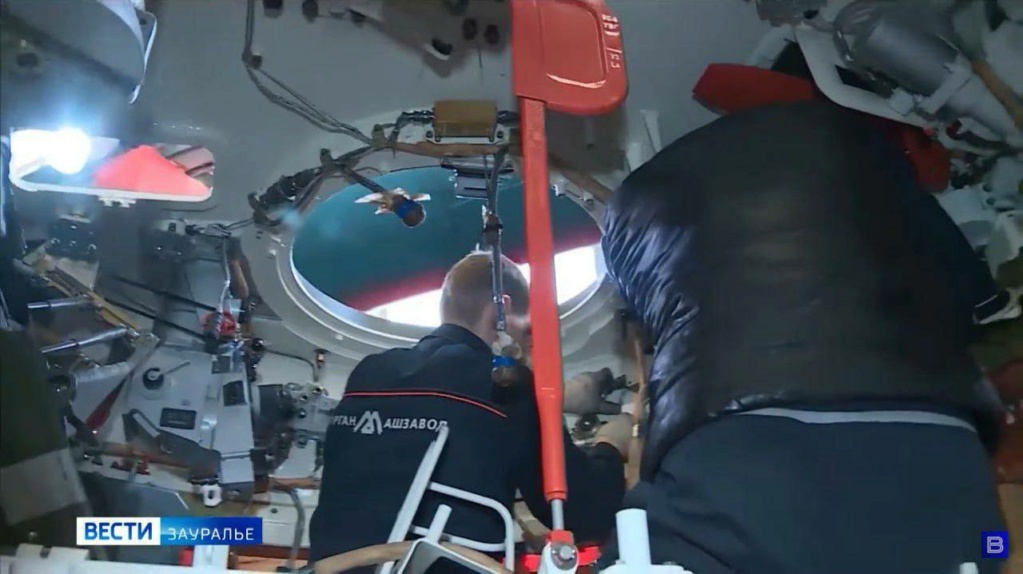 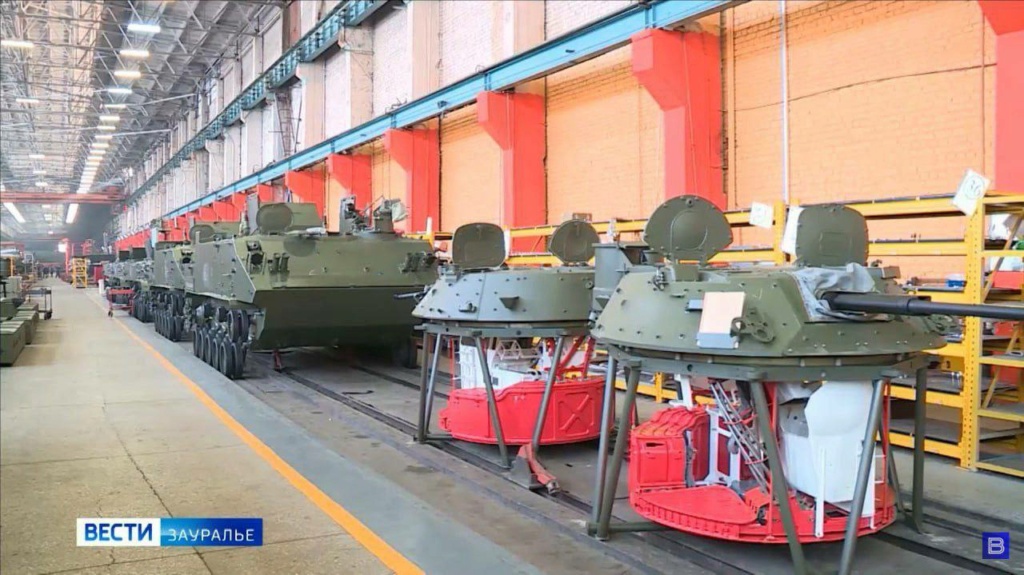 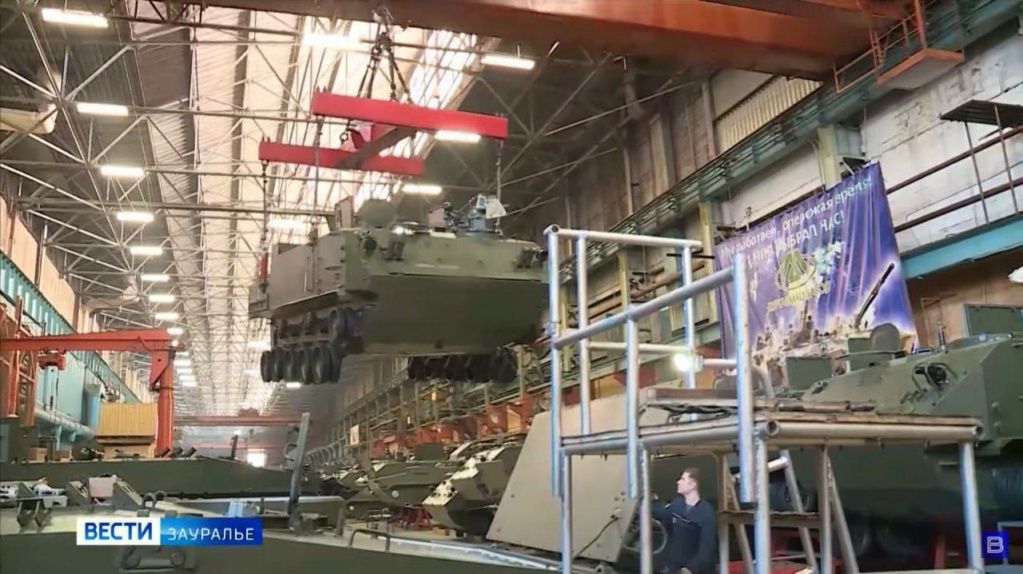 If uralvagonzavod is working nonstop and itself produces many t90

Imagine how many bmp3 are rolling off the line 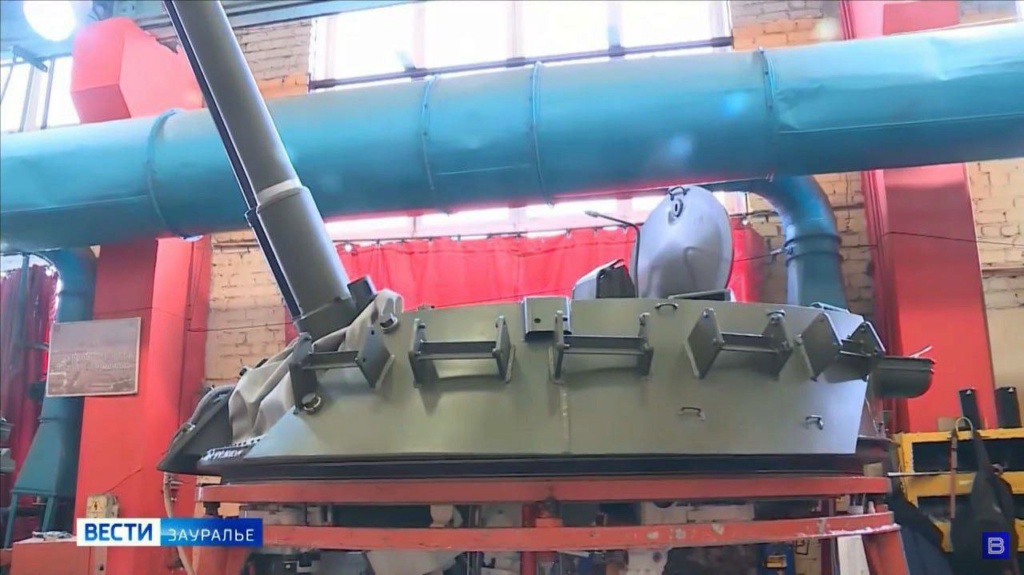 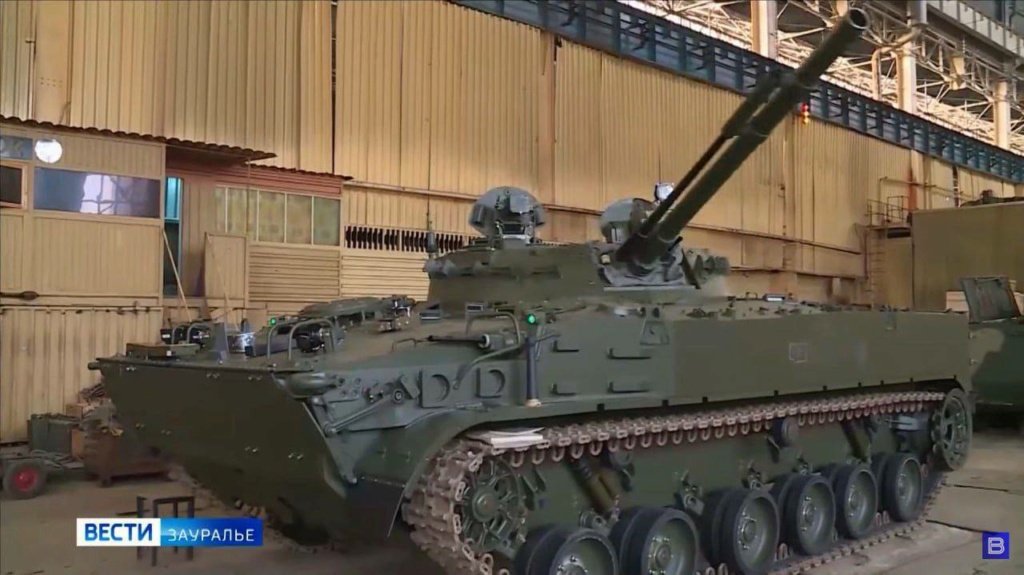 I don’t think it will take them long to replenish BMP-3 losses. Before all of this, production of BMP-3s was very slow and there are no reserves of this vehicle to dip into.

Anyways, comparing Bradley to Russian BMPs is pointless, maybe when us finally decides to send 500 of them, but chances are, those 50 Bradleys will be kept behind the lines as Ukraine still has IFVs to spare.
d_taddei2

Part of my job while I served was to study Soviet and Russian equipment. And what was very clear despite the initial concept of for example IFV the west and Soviets/Russians had a different idea what was a priority. The west wanted heavier/thicker armour IFV while Soviets went for firepower and mobility and less weight. The Soviets fired these BMP 1&2 at a rapid pace. And what I can tell you nobody apart from the anti-tank guys bad mouthed them. The anti-tank guys only talked about blowing things up and where best to hit, of course a IFV wasn't supposed to be protected against Milan or TOW but to the anti-tanks they did think like that in a way you can't blame them. But the rest of us knew what it was designed for and realised the dangers it posed against infantry and light armour. What always amazed us was how the Soviets had true amphibious vehicles (ones that actually float) while our definition of amphibious vehicles was being able to ford 1m+ lol.

The Russians seem to be happy to use up old stock while replacing with new BMP-3 and upgraded BMP-2. I would imagine the upgraded BMP-2 versions are a stop gap and will eventually be put in storage once Russia starts receiving Kurganets.