If it crashed due to weather conditions you would think carrying it around on a long line from a helicopter is a pretty daft way of transporting it.

I would take it by helicopter directly to the closest road and then put it on a truck where you could drape a tarp over it and avoid damaging it in the wind.

Regarding the drone itself, a flying wing looks very similar to any other flying wing... engine down the centreline... standard shape for a subsonic aircraft...

The person holding the cell phone should have seen the head in the way and moved to one side... maybe they did and that footage was censored perhaps?

Flying enemy drones to put pressure on Iran would not make a lot of sense... Iran could send up some F-5s to use their 20mm cannon to bring such a large target down very easily... even MANPADS modified to be carried on light fighters in packs of four missiles per pylon would be a cheap simple way of dealing with such things... in fact even a helicopter could be used depending on the flight speed and altitude of the drone.

Conversely it could be an Iranian drone that is flying around looking for enemy activity in the air or on the ground in restricted areas... a drone with thermals can observe an enormous area of empty ground at once and would be ideal for spotting people in places where they should not be.

I would suspect the latter as being most likely because if it is the former it would make rather more sense to release official footage and make public statements and turn the pressure onto those launching the drones.... in the form of... if you had the deal back in place you would be allowed inspectors on the ground whom we would not shoot down and take into custody.
Mig-31BM2 Super Irbis-E

Maybe an Iranian copy which Natanz has tested?
ALAMO

Irans Dezful SAM system, 15 years after receiving Tor-M1
Basic layout of Tor-M1 was probably retained to support the existing fleet with identical spare parts.
Automatic GNSS system and compass reduces risk of events like the airliner downing of 2020, but no IFF yet. 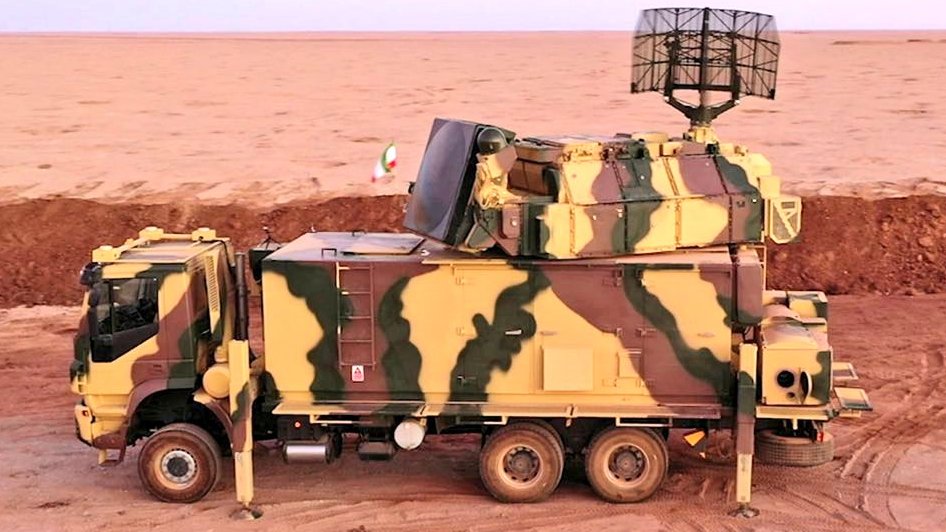 Is this an Iranian copy of TorM1?
Does Iran have a production line for 9k331?
GarryB

the Iranian engineers are very talented and have proven themselves time and again, but I suspect Russia would have assisted in the development of this vehicle.... the original TOR vehicle was tracked and intended to move cross country with armoured formations, but being a tracked vehicle it was slow and noisy and expensive to buy and expensive to operate.

A wheeled model can move at motorway speeds for long periods with low vibration, is much cheaper to buy and cheaper to operate and maintain.

the turret portion is for the air defence vehicle but the rest is just mobility and propulsion so it is like designing a truck, which I am sure Iran could manage on their own really... but the makers of the TOR system have already shown several wheeled models to make them more affordable.

Like most SAMs of this type having them in large numbers makes them more effective and useful.

The missiles are cheap command guided weapons so missile numbers are not a problem, and using missiles is not horrendously expensive either.
Isos

Who knows what sails between the two countries through Caspian sea. No one can spy on them there.

Isos wrote:Who knows what sails between the two countries through Caspian sea. No one can spy on them there.

Isos wrote:Who knows what sails between the two countries through Caspian sea. No one can spy on them there.

They could be supplying iranians with weapons, no one will know it. This Tor could be even russian produced on iranian truck.

Iranian engineers have proven themselves to be very capable and it just makes sense if you want TOR but don't want to use it to protect armoured forces based on tanks and BMPs and BTRs cross country, then making a wheeled version makes it cheaper and faster moving and easier to operate and capable of getting to positions faster and moving away faster too.

What I would really love to see is an articulated truck with another trailer on the back that is all missile tubes... fixed. The size of a trailer you could get enormous numbers of missiles on the vehicle... at the moment they can fit 16 ready to fire missiles inside the turret ring, so the number they could fit in a full length trailer would be enormous... with them all ready to fire and using the turret located search and tracking radar, four of these vehicles could hold off an entire air force...
Mig-31BM2 Super Irbis-E

How high should the production rate be?
How expensive such a vehicle?
Will Iran be able to produce all components including rockets?
GarryB

If they are making them for themselves a truck is easier and cheaper to produce that what is essentially a light tank vehicle, and cheaper and easier to operate... for instance a tank after 10,000km road travel would probably need about two services and an overhaul, but a truck could probably do four or five times that distance before needing work at the very least.

The radar and electronics are very modern and very capable and not cheap or simple... but make it a very effective and capable system... that will be the production problem, but licence production should solve those problems and keep the quality high.

The missiles are relatively cheap and simple with command guidance and no expensive radar or IR seeker in each missile so you can make the missiles in enormous numbers.

In this case the chassis is cheap and mobile, but the original was intended to operate with armour so tracks were needed and useful and worth the extra cost.

It was expensive where it needed to be and cheap everywhere else so it could be used.

This is not a system like Javelin where the missiles are more expensive than a house so it might appear on paper as being effective, but you wont have too many missiles so you better make them count.

This system is not cheap but very effective and it is cheap to actually use... so there is no fear in using it on cheap drones... though an even smaller and lighter missile is being developed for use against very light targets that don't need heavy HE warheads to destroy.

India has all sorts of joint ventures, but in my opinion making your own tanks and fighter aircraft is inefficient.... when you only make 3-400 planes or 1,000 odd tanks it is hardly worth setting up production... and what else can you make there?

Making your own low level SAMs makes sense because you want them to be made in enormous volumes... both the systems and the missiles themselves because anti aircraft missiles are like anti tank missiles... even very ordinary models become effective when used in enormous numbers and India is currently producing Igla-S, which I seem to remember Iran is making as well. If they both added TOR on trucks... local made trucks... then that would be of enormous benefit because such missiles are excellent for defending all sorts of targets.

Having only big heavy long range missiles makes you vulnerable because they are expensive because of their size so there is a limit to how many you can buy, but smaller missiles distributed all over the battlefield can be even more devastating because the service ceiling is about 15km and they can operate in optical mode when being sneaky and can receive target information from other vehicles so the vehicle that launches a missile at you might be 2km behind you as you line up a TOR vehicle with its radar going 20km in front of you so you think you are safe and you get a surprise delivery...
JohninMK

So, the order came in 'Build us a simple mobile radar system' so they did. Couldn't get much more mobile than this solution. Brilliant. 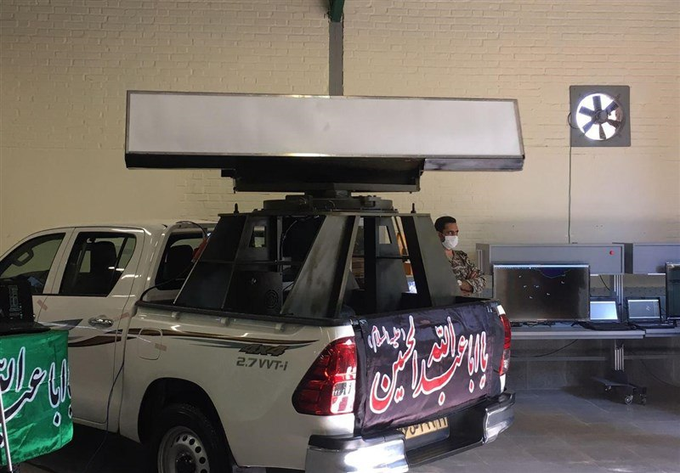