Found confirmation that Monomah used a section of the inner hull of the retired (and cut up) project 971 Ak-Bars (first of the class).

Makes sense, since project was modified to use the unfinished hulls laying around at Sevmash, but there were no more left for Monomah.

Speaking of which, so much for 5th hull being laid down....
Austin

Did they tell what was the problem with last Bulava failure ?

It now clear this is not a QA issue and leads more to design issue , the factory that built the production Bulava which failed mentioned that the commision was satisfied this was not a QA issue.

So the can is at MITT yard
TR1

Navy is accepting the Alexander Nevsky on November 12th. A month later, the Vladimir Monomah is planned to be handed over.
George1

“We have a state defense procurement program in line with which the construction of ships is taking place,” Chirkov told reporters on the sidelines of a conference on prospects of military shipbuilding until 2050.

“I cannot talk about a specific date … but the start to construction of another Borey will happen within a year,” he said.

The first Borey-class submarine, the Yury Dolgoruky, was commissioned into the Northern Fleet in January.

The second, the Alexander Nevsky, is most likely expected for delivery to the Russian Navy around the end of this month or in early December, according to Russia’s United Shipbuilding Corporation.

The third boat, the Vladimir Monomakh, is undergoing sea and state trials, while the fourth Borey-class submarine, the Knyaz Vladimir, has been under construction at the Sevmash shipyard in northern Russia since July 2012.
Borey-class ballistic-missile submarines are to become the mainstay of the Navy's strategic nuclear deterrent, replacing the aging Project 941 (designated by NATO as Typhoon-class) and Project 667 (Delta-3 and Delta-4) boats.

A total of eight Borey-class boats are to be built for the Russian Navy by 2020.
TR1

Ogannisyan8887 wrote:The 5th and 6th Boreis will be laid down this year.

Well, what did I tell ya guys? 5th boat will not be laid down till late 2014 at the earliest.

There is no point rushing into full production mode till the sub and missile are OK.

I rather suspect after things are sorted with the missile that they will start laying them down like nobodies business...
Viktor

Russian Navy will receive the first "Borei" still in 2014, clarified the Ministry of Defense
Viktor 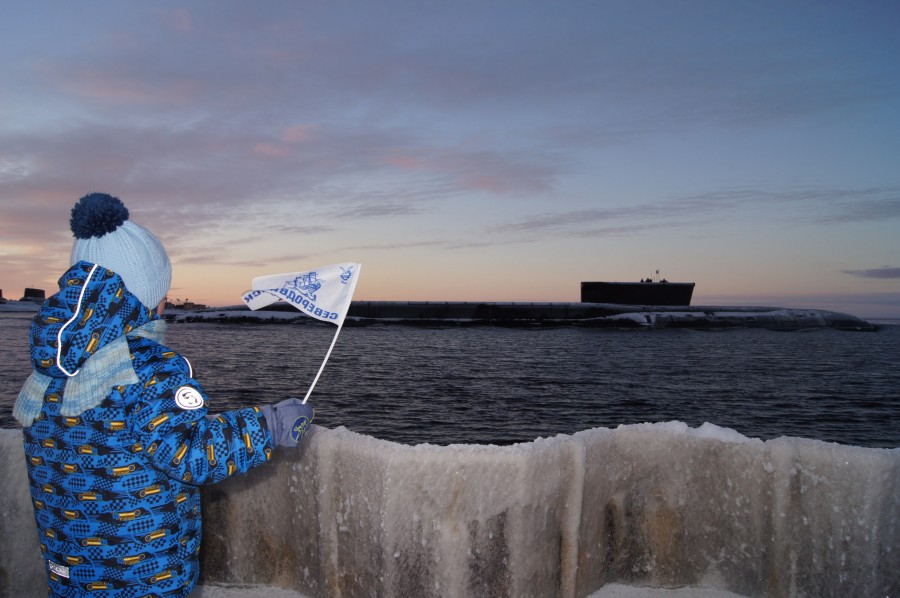 Excellent. So this is 2nd Borei sub in Russian Navy. I hope Yassen will make its way too.
Viktor

France and the UK are not, but there are maaaany aspects in which they do not approach the RuNavy as a whole.
And both of them suffer from bad delays and budget cuts as well, and neither had the 90s and early 2000s to contend with like Russia. It is universal.
KomissarBojanchev

France and the UK are not, but there are maaaany aspects in which they do not approach the RuNavy as a whole.
And both of them suffer from bad delays and budget cuts as well, and neither had the 90s and early 2000s to contend with like Russia. It is universal.

Are you saying things like the new MEKO frigates and and type 212 subs are a joke?
TR1

France and the UK are not, but there are maaaany aspects in which they do not approach the RuNavy as a whole.
And both of them suffer from bad delays and budget cuts as well, and neither had the 90s and early 2000s to contend with like Russia. It is universal.

Are you saying things like the new MEKO frigates and and type 212 subs are a joke?

Have you seen the latest German "destroyers"? Armed less than Byan lol.

Brits have had plenty of issues with Astute as well, you guys gonna panick about that?
magnumcromagnon

They are neighbours and former enemies.
But Europe's only nuclear powers - with a centuries-old history of military rivalry - are edging towards military cooperation as they look to cut costs.
In a new age of collaboration, Britain and France could end up sharing aircraft carriers, Admiral Pierre-Francois Forissier - the head of the French navy - has revealed.

The admiral also said he had been 'stunned' by the cuts to the British navy.
The cooperative between the two navies could see the their defence industries sharing nuclear submarines and military satellites.
Britain's BAE System's and France's Dassault Aviation have already said they will work on an unmanned spy plane capable of launching weapons.

Forisser said: 'When we compare the European industry with America's, we see a huge number of companies in Europe and just a few in America.
'It's clear these European firms won't survive and mergers will be needed to be competitive globally.'
Forriser's revelation came the 60-year-old admiral spoke about humanitarian efforts in Libya once the conflict ends.

Coalition forces are likely to be deployed to provide humanitarian relief but France will not send ground troops to speed up the outcome, he added.
He said the Nato-led military operation in Libya would have been helped if Britain had been able to field an aircraft carrier but France's Charles de Gaulle flagship could continue operating there until the autumn.
Forisser said: 'The political objective is to not commit troops on the ground and we are not working on that option as long as the crisis is not resolved.'
France and Britain led the push for a no-fly zone over Libya to prevent attacks on civilians by Muammar Gaddafi's forces, under a UN Security Council resolution agreed in March.
One area earmarked for cooperation between France and Britain is the use of aircraft carriers. In a sweeping review last year, Britain cut its defence budget of £36.9 billion by 8 per cent in real terms up to 2015, scrapping its only aircraft carrier.
While the short distance between coalition bases and Libya means an aircraft carrier is not essential, Forissier said a British carrier would have been useful to reduce air time, boost attacks and relieve the Charles de Gaulle.
The cooperation may eventually lead to the creation of identical ships, equipment and similar training, Forissier said.
After reaching a framework deal in November, both sides are finalising steps for greater integration,

Forissier believes the two governments should consider building together a cheaper carrier to be used for training.
'If we both want to have a permanent operating presence then we'll both need two aircraft carriers and I don't think given the financial situation our governments have the means.'
While Paris has hardly touched its military budget, Forissier said he was 'stunned' by the Royal Navy cuts, at a time when it has had costly operations in Afghanistan and Iraq.
'The Royal Navy, which was always an example for us, is in a tough situation,' he said. 'It makes me wonder whether we'll also have to go through this in the future.'
Part of avoiding that has been the closer cooperation.
'I know in Great Britain you pay tribute to Nelson and here we pay tribute to Napoleon, but really we have good reasons to work together,' he said, looking at a painting celebrating a French naval victory over the Royal Navy in 1781.

...Lets not forget the long history of the British Navy operating (as recently/late as 2011) the accident-prone/failure-prone Harrier vtol carrier plane lololol!
George1

MOSCOW, December 30 (RIA Novosti) – Russia’s two newest ballistic missile submarines arrived at their home base in the Arctic on Monday to begin active service with the Northern Fleet, the Defense Ministry said.

The Borey-class submarine Yury Dolgoruky was commissioned in January while the second of the type, the Alexander Nevsky, entered service on December 23.

Both submarines will operate from the Northern Fleet’s main nuclear submarine base at Gadzhiyevo, Murmansk Region, the ministry said.

The third vessel in the class, the Vladimir Monomakh, is awaiting manufacturer’s acceptance trials.

The new Borey-class boats, with a length of nearly two football fields, can carry sixteen Bulava missiles, each fitted with up to ten independently-targetable nuclear warheads.

Bulava, however, is yet to be declared fully operational, following a problem with a test-firing earlier this year, a Defense Ministry high command source told RIA Novosti in November. The Borey class boats are likely to be restricted to carrying out secondary roles until the weapon is declared ready, the source said at that time.

Ballistic missile submarines comprise one leg of Russia’s strategic nuclear triad along with land-based ICBMs and the bomber force.
Viktor

- 5th Borei class sub will be laid down in March

- 6th Borei class sub will be laid down in July

Let's hope it actually happens this year, unlike 2013.

If the Bulava passes its tests then production of the Boreis can really accelerate, but I suspect some caution in some quarters till Bulava is proven.

BTW lots of weapons had problems early on and the platforms got into service for years before the problematic weapon or sensor was perfected.

Klintok is a good example... I am sure everyone would agree that the naval TOR is a potent CIWS missile yet the first ships to operate it went into service without their powerful and sophisticated 3D search radar.
bandaidwacker87

Love this forum guys....glad to join it! Quick question, the link above shows "thrusters" that are on the Borey and on the Akula...what are these used for?

Quick question, the link above shows "thrusters" that are on the Borey and on the Akula...what are these used for?

Large vessels often have bow and stern thrusters which are propellers mounted internally to blow water sideways to allow manouvering capability in tight spaces. Obviously in port where you can't move forward or backward but want to turn your nose away from parallel with the pier you can't use your rudder, so either a bow or stern thruster is used or a tug.

BTW it is a forum rule to post an introduction in the introductions and rules section... too late now, but if you have a look there and read the rules and post an intro now everything will be fine.


Thanks for the answer...and I did go post an intro!! 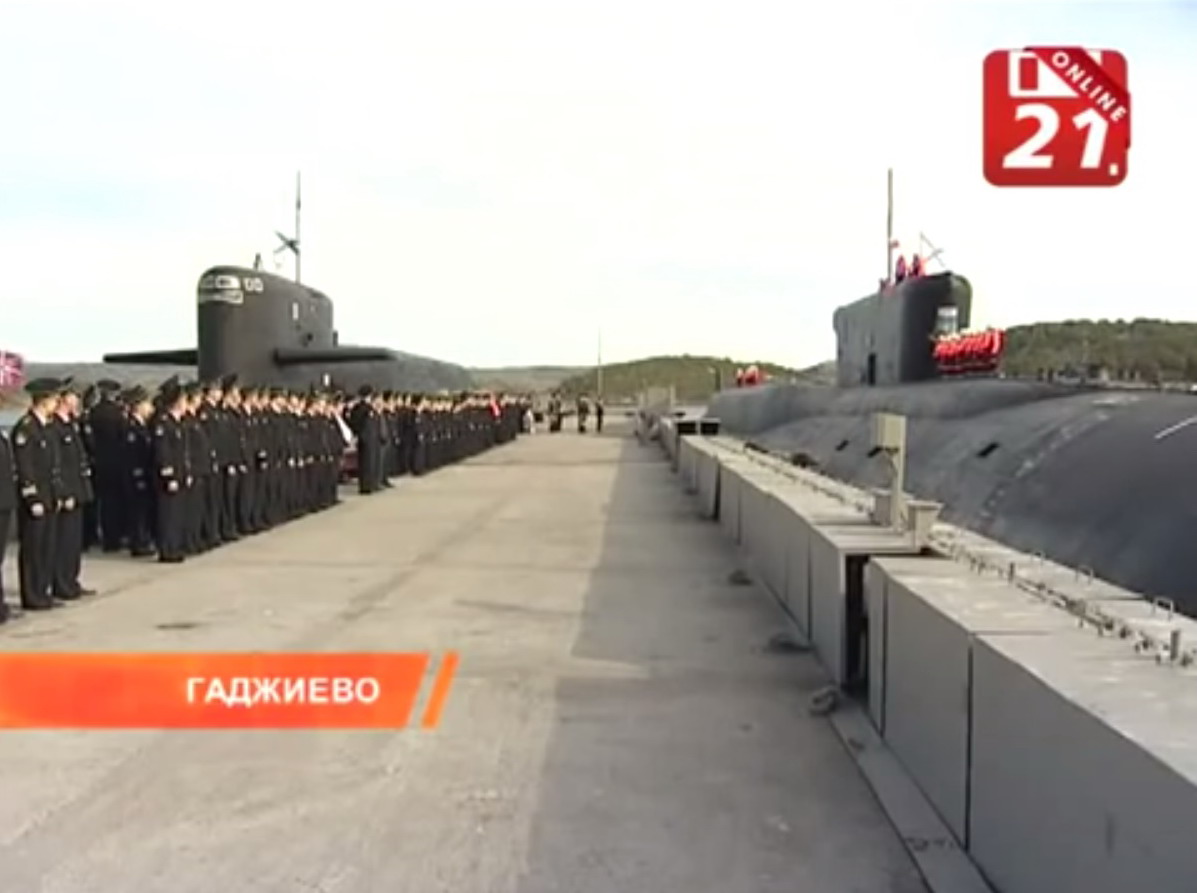 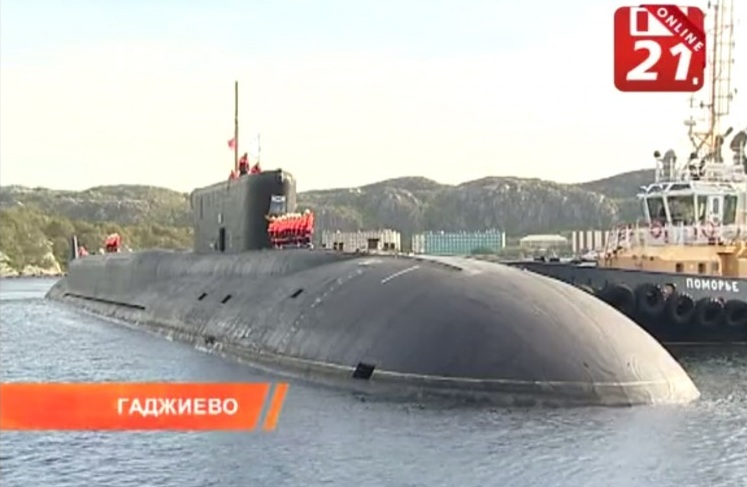 Been waiting for this sight for a long time.

Nice comparison of the current mainstay, and the future.
Sponsored content