I could, but the fact that they say something nice about Russia is not enough to warrant me looking at their website and giving them clicks/traffic.

Getting something so obvious right does not make them good at what they are supposed to be doing, which should be keeping their readers informed and clearly instead they have just been part of the anti Russia noise coming from the general direction of the west.

The wheat import by the USSR was a direct measure of its failure. Russia is producing more on much less agricultural land
since the USSR included Ukraine, Belorus and Kazakhstan. Russia's current territory includes a vast amount of non-agricultural
land. 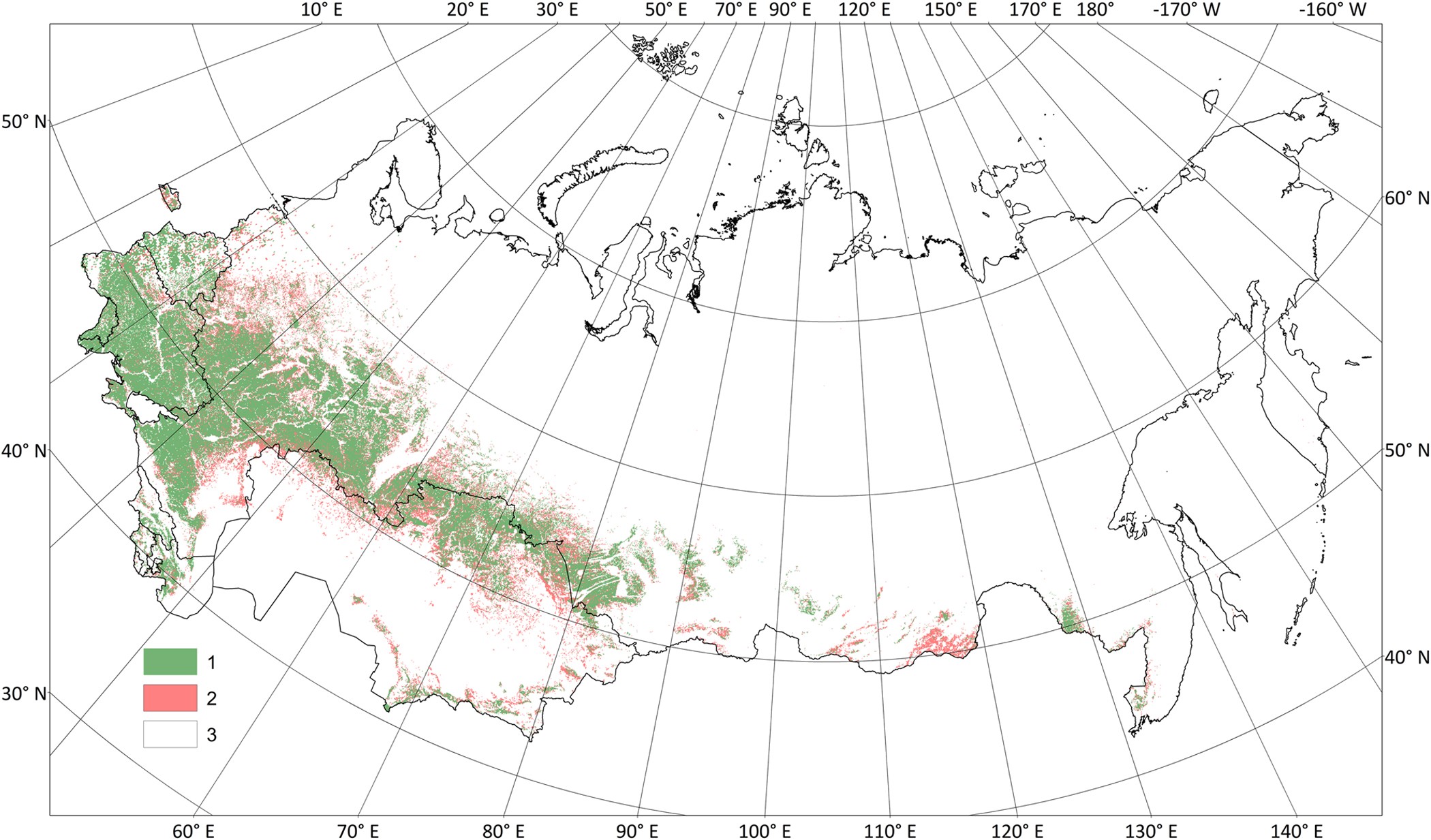 This is an old chart buddy, again.
Trying to find the one I saw a month or so back

- but still, the clue is, that due to climate changes, Russian land suitable for agriculture increased about twofold in the last decade.
You can find that info seeking for Russian forestry business. The point is, that "deforesting" which is a widely spread agenda, exists only in spoiled minds.
Most of the "deforesting" processes are agricultural land, left untouched 30 years ago.
Now, those are brought back to production, in mass, and libedra is yapping how the evil putinists are destroying precious Russian forestry heritage.
Band of clouns, morrons, and kuklovods in charge ...

By the way, Soviet agricultural technology used to be developed enough, that they planted wine in around of Peter, 40 years ago - and it worked.
This is just another huge lost of the potential, needed to be restored before one can make a step forward.

If you add the south-western territories (known in the west as crappy Ukraine) Russia would exports as much wheat as Canada and US combined!

The problems in the 70´s and 80´s had nothing to do with agriculture as such but with missing grain silos and transport infrastructure. There were a lot of record harvests back then with no trucks or trains ready to transport the stuff to where it was needed or store it properly.

Greenhouse farm "Botany" in the city of Volzhsky 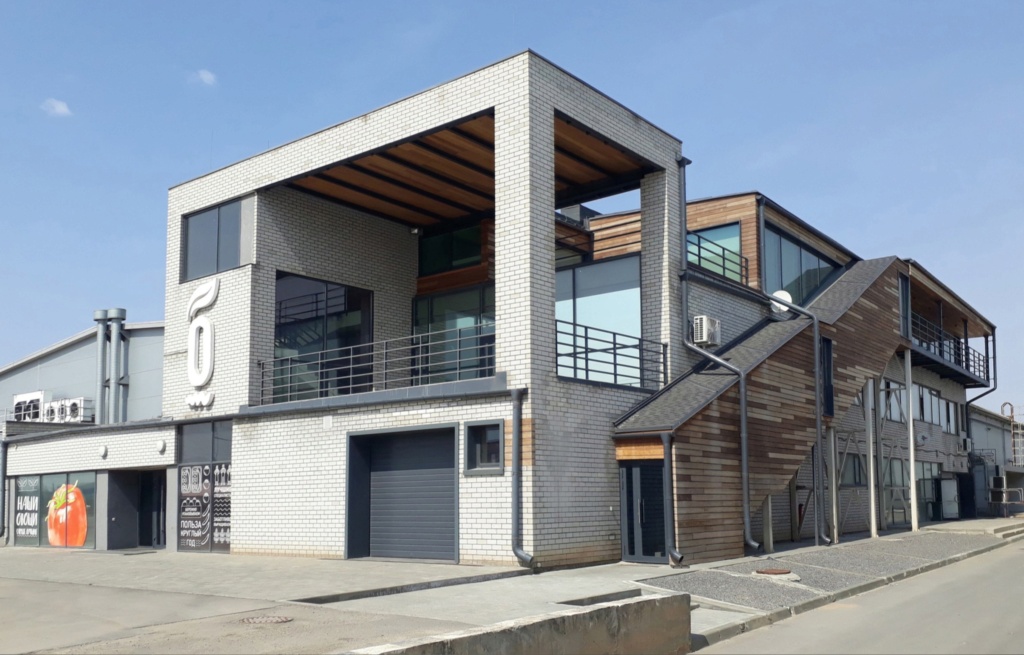 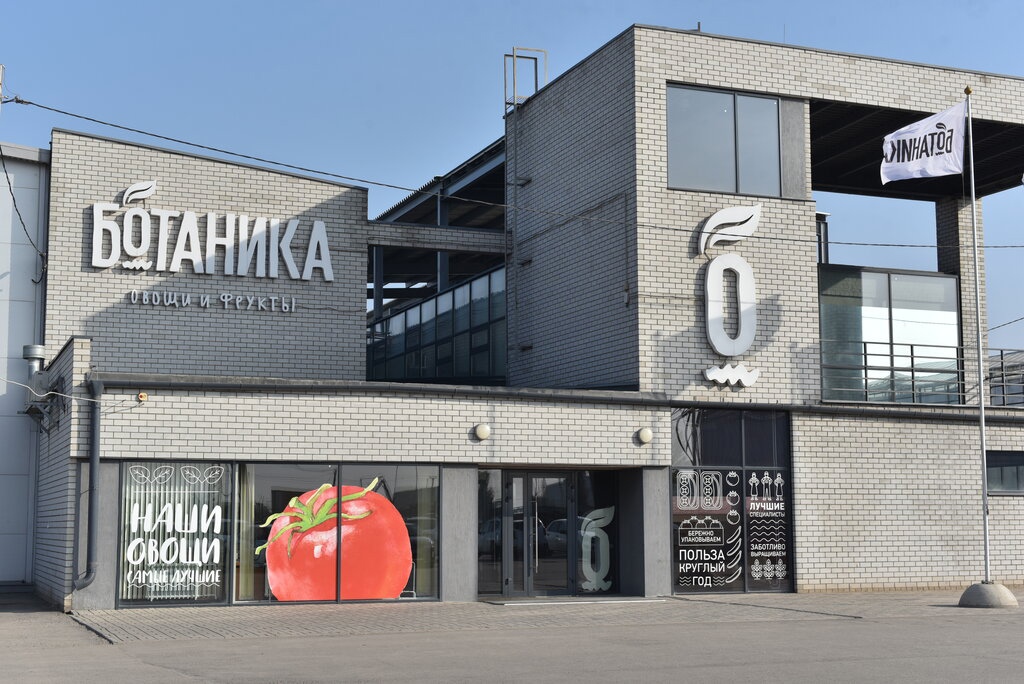 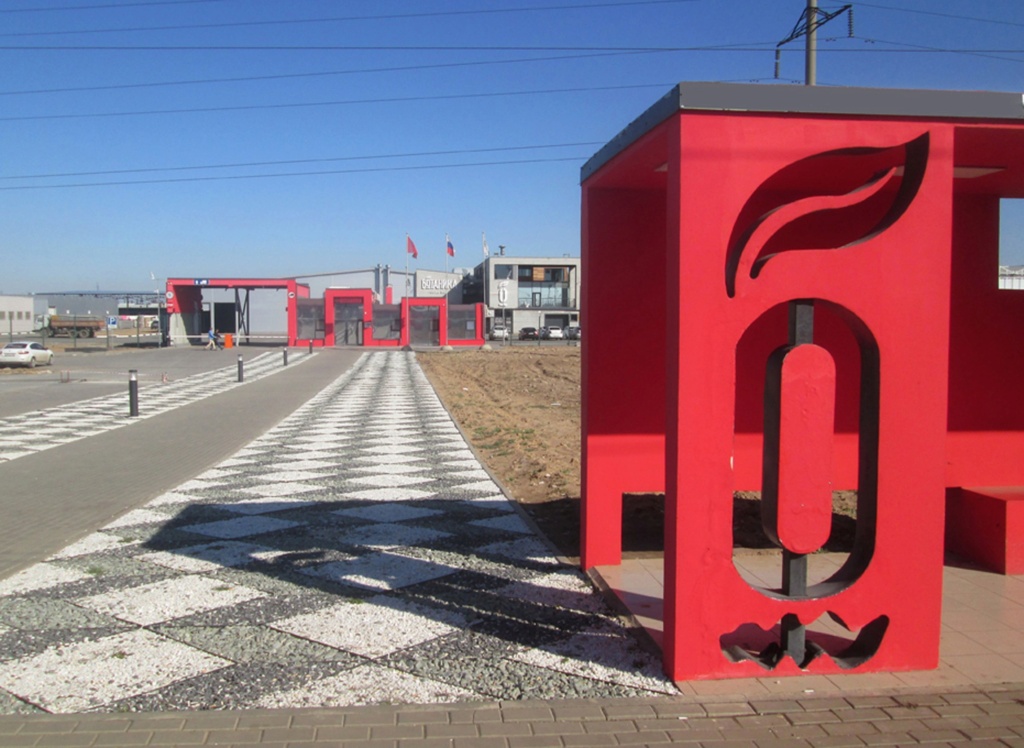 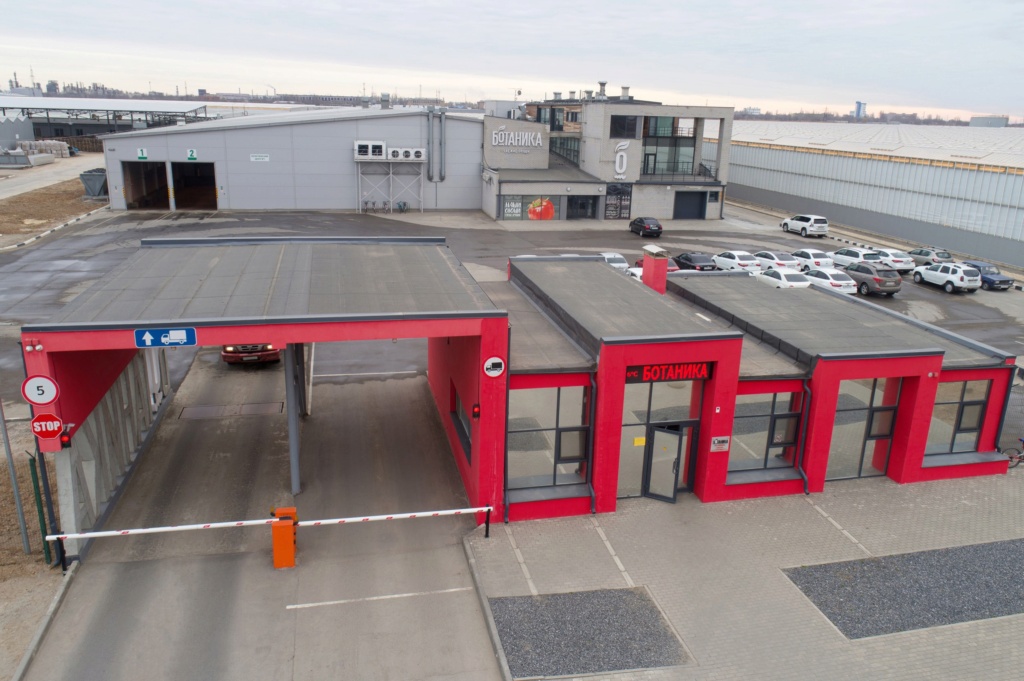 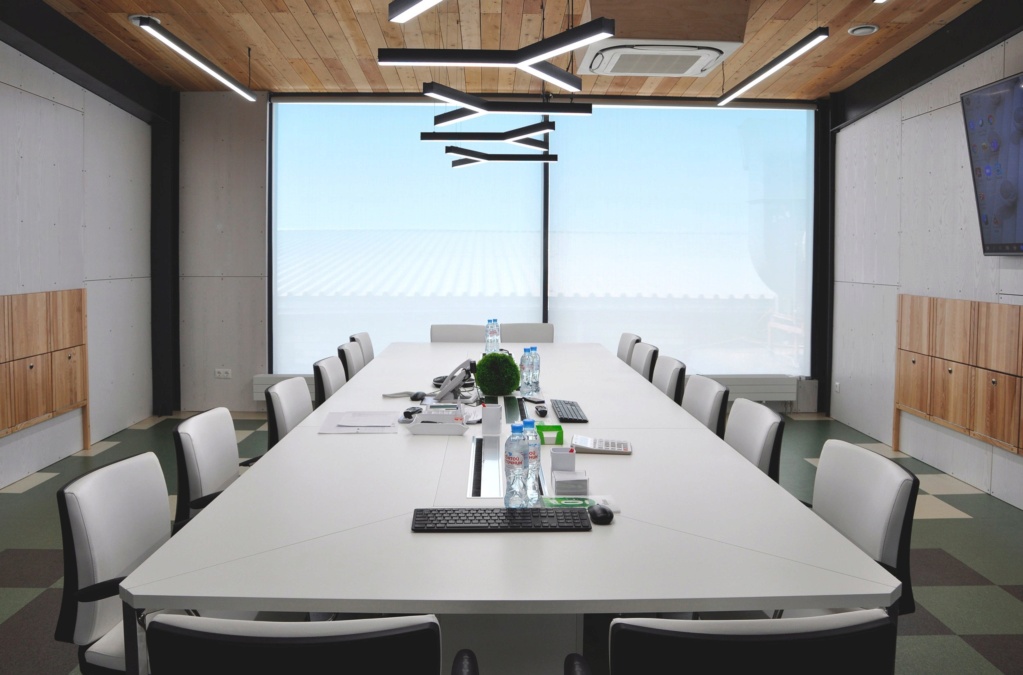 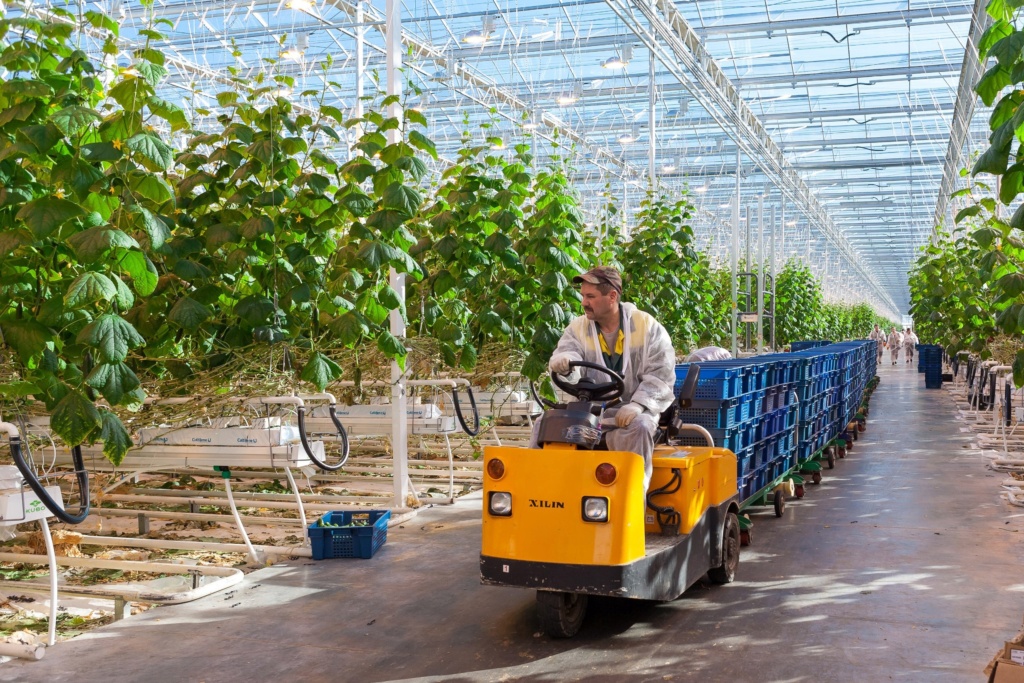 The USSR had decades and vast command economy resources to deal with this aspect. Instead I heard endless excuses about
how the weather in the USSR was not good enough. Obviously that was a lie.

Not only.
Part of that was a pure sabotage.
GarryB

A lot of it will also be people not looking at the whole picture and only being worried about their part.

You can grow a crop to maturity, but if you can't store it properly or transport options are limited because something else is tying up the available trucks or trains or ships then that crop will rot.

Things have to be coordinated and working together as a system or it is all for nothing.
Kiko

MOSCOW, September 15 - RIA Novosti, Natalia Dembinskaya. After more than two months of boycotting, the largest champagne producers from France are returning to the Russian market. But with the labels "sparkling wines" - in accordance with the labeling rules. The "unacceptable" conditions turned out to be quite acceptable after all. What forced the French to resume supplies and why the champagne is now only Russian - in the material of RIA Novosti.

We got into the bottle

The fact is that in Russian, only wine made in Russia can now be called "champagne". This does not apply to the French label with the brand in the Latin alphabet, but the information sticker on the back of the bottle should speak of "sparkling".

The French took this as an insult. Comité Champagne said that such a label "does not provide clear and open information to Russian consumers about the origin and characteristics of the wine."

"Residents of Champagne call on French and European diplomacy to try to change this unacceptable law," co-presidents of the committee Maxim Tubara and Jean-Marie Bariier were indignant.

As a result, deliveries to Russia, according to the industry committee, were suspended "at least 95 percent of trading houses." Among them is the premium Moet Hennessy, which owns the brands Veuve Clicquot and Dom Perignon. Later, however, they agreed to label the products as "sparkling wine". And the pause in sales was explained by the need to make the necessary changes.

Gathered at the WTO

The European Commission also expressed dissatisfaction. The French government has threatened to file a complaint with the World Trade Organization (WTO).

The Ministry of Agriculture offered to explain to the European partners the meaning of the innovations. However, no one requested consultations from the WTO.

"We're just shocked," admitted Charles Guemaer, CEO of Comité Champagne. Producers "were unable to export the champagne despite orders," and suffered financial losses, he noted. Replacing labels on ready-to-ship bottles would be a "complex technical and financial challenge".

Three French ministers at once - economy, agriculture and foreign trade - sent letters to Moscow asking to suspend the law for at least a year.

In fact, Russia is not a key sales market for French champagne producers. According to the CIVC, they exported 2.6 billion euros ($ 3.07 billion) in 2020. The main buyers are Great Britain, USA and Japan. And only every tenth bottle of sparkling wine on the shelves of our stores is from France.

However, I do not want to lose this either. "Champagne sends to Russia about one and a half million bottles a year - half a percent of exports. But this is an image market, where our champagne is very much appreciated," stressed Jean-Marie Barillier, co-chairman of the committee.

In general, after two and a half months, the French surrendered. The Champagne Wine Committee canceled the recommendation to suspend exports to Russia. From September 15th, deliveries are resumed. The threats to complain to the WTO also died down.

"We will respect the new law ... In addition, we do not want to put Russian clients at an even more disadvantageous position as the New Year holidays approach," Barier said.

French manufacturers "brought their point of view to the Russian authorities, but they will not act to the detriment of consumers." However, according to Bariier, "the battle is not over yet and may be long." How exactly the French are going to fight Russian legislation is not yet clear, but it is obvious that their chances of winning are slim.