Final Fantasy 14, due in 2010, finally shows off some skin in these six screenshots that Square Enix has released.

Shacknews reports that while PC and PlayStation 3 versions of the game have been announced, Square is "considering all options at this time," making an Xbox 360 version still possible.

While little is known about the game mechanics, we have learned that FFIX class structure will take a dynamic approach in that players will be able to switch out different equipment on-the-fly without being limited by class restrictions.

We will continue to cover this anticipated title as more information, screenshots, and videos come in.

If anyone here remembers playing Final Fantasy 11, it was a total failure (I refuse to say Epic, as the term is overused and I would feel like a tool just for saying it).  I just hope this one does not fall short on taking the "short yellow bus" to production.

And maybe some of you, who had a PS1 back in the day, would remember great titles like Final fantasy VII (7), that was such a great game!!!
Stealthflanker

i love RPG and sort.. however WHY THE HELL THEY're SOOOO EXPENSIVE ..i mean look at the price of console

I had a PlayStation long ago and FF7 came with it. I never could get into those fantasy games like that and WW. I play games like anything in the Total War series, CC, Lock On, Jane's Fleet Command, and things of that nature. Also like a good pirate game.
sepheronx

With me, as long as it is a good story, I will watch it and or read it. For instance, some of my favorite movies like Children of Men and games like Killzone 2 are great, because they are more............true to a story then love stories or your typical action movie. Because reality is always a b!tch, and happy golden endings are never realistic.
Admin

I don't think I ever played a game b/c of the story behind it, but then I like history. Having it based on reality has a certain appeal to me. I think that is why I'm addicted to Total War.
TR1

As the title implies, thread about the free online game, WoT. Anyone here play?

I visited my Brother in November for a weekend and he had WOT and was playing it quite a bit.

I really got into it and enjoyed it, though I obviously only played the Russian vehicles when possible...

When I got home I immediately downloaded it and installed it.

It took a full 5 minutes to start the first game... clearly my computer was too slow and was ruining the game for other users because quite a few dropped out before the game started. I finally realised that it was me and dropped out of the game. The team I was on won the game so I got experience points but there was little point in spending them to upgrade my tank as the game is pretty much unplayable till I upgrade.

I started with artillery BTW.

Looks like an excellent game, but for me unplayable.

Sims 2 Ultimate Edition Free - Get it before July 31

Just for those who do not know, Sims 2 Ultimate Edition is free right now, and can be obtained through a redeeming code till July 31st. Reason why is that EA is closing down support for Sims 2 and after being hassled by reddit on obtaining the free copy from losing their original copy, EA decided to just release the whole thing free. It works, as I have it installing right now.

If you have the program Origin or at least have a login for it, you can obtain it on the program itself or from the origin website: https://www.origin.com/en-ca/store/

You have to use the redeeming code: I-LOVE-THE-SIMS

I mean, the technical explanation is that EA have retired support for The Sims 2 and as a parting gift gave everyone who owned it on Origin an upgrade to the all-inclusive Ultimate Edition, but didn’t have an easy way to give that to disc owners too, so they’ve just tossed a free code onto the Internet. But in short: The Sims 2 Ultimate Edition is free on Origin.


Basically, what you need to do is redeem the product code “I-LOVE-THE-SIMS”. You can do that on the Origin site or through the Origin client and you’ll get the whole lot. Yes, Origin is required but surely no one would even consider grumbling about that when all this loveliness is going free?

The Ultimate Edition includes The Sims 2′s 8 expansions, adding everything from pets and holidays to seasonal weather and witchcraft, and 10 Stuff packs, small collections of items. Once that would have cost innumerable squillions of pounds, and even today it’d still be over a hundred quid new.

Say, if you haven’t read Steve Hogarty’s reviews of the H&M Fashion Stuff and the Ikea pack for PC Zone (and their backstory), I think you’d enjoy them a lot.

Ta to reader Ross for the tip-off.

What are the games you guys are playing these days? Post screenshots, talk about games, etc.

So far, game I am playing is Dragons Dogma + its expansion for PS3. Just picked it up used a couple days ago as I love RPG's, heard of the game, but never played it (while PS3 was collecting dust). So far, the game is really good! Semi-Big world, lots of hard monsters/areas, and quite the customization can be done to your character. Would post screens but do not have such recorder attachment for my PS3 to TV.

That said, also been playing some State of Decay on the PC. If you guys want a zombie survival game that is done by an Indie company, that is third person and actually fun to play (not online), then I suggest you take a look at it. Will post screens later.
Viktor

Im hooked to a World of Tanks with my pimped up T-54 and getting ready to buy T-62.

ATM, i am still playing DCS: Black Shark 1, very fun to play, making own missions always trying to set vehicles around strategic points. Made last time SEAD/DEAD mission with SHORAD protecting "S-300", it was protected by 3 echolons of IAD starting with FOB's with infantry MANPADS and smaller APCs with even more MANPADs patroling around the city, wasted to many ATGMs to avoid having to entering their effective weapon range since they do quite alot of damage. The second echolon of ADS was Shilkas and infantry MANPADs well hidden near a city (had to make 4 attempts) to pass 2nd echolon the 3rd and 4th echolon were combined with enemy and own ground forces attacking each other had to performe NoE flight around it otherwise wouldn't surive the Strela-M vehicles and the 4th echolon by itself was the S-300 which i could finally use my KH-25ML (HARM) missile from relative short distance had.

Lot of fun playing DCS Black Shark especially with background of military understanding and of technologies, despite some are different from orginal or some bugs like TOWs being launched on move and the fact that i only have a relative cheap HOTAS with not so many buttons and have to use keyboard for lot of functions and doing under ground fire results often in death, but still lot of fun and would be much easier having HOTAS with more buttons to avoid to many unnecessary movements between keyboard and HOTAS.

Not my screenshot of GUV-8700, haven't isntalled it yet.

Some other games if i am in mood like Dota 2 which is a MOBA/ARTS game a niche game,
Insurgency which is suprisingly good for the 14€ it costs on steam. I like that it has no real radar, hit or kill indication and overall much more punishing for mistakes or to offensive gameplay.

BTW hard to take screenshot in situations that are interesting (action) without dying.

Despite Arma 2 and GameSpy Arcade have shut down their service and therefor servers, no servers available so far steam needs time to compensate that and bring servers online.

Arma 3 is quite fun especially King of the Hills gameplay.

- I'm not a gamer, but I play Defcon (despite its age) and Kerbal (for obvious reasons) on occasion. I might post some screenshots if I can...
higurashihougi

What about CnC Mental Omega

The campaign's storyline is bullshit as always (anti-Russia propaganda), but the gameplay is great 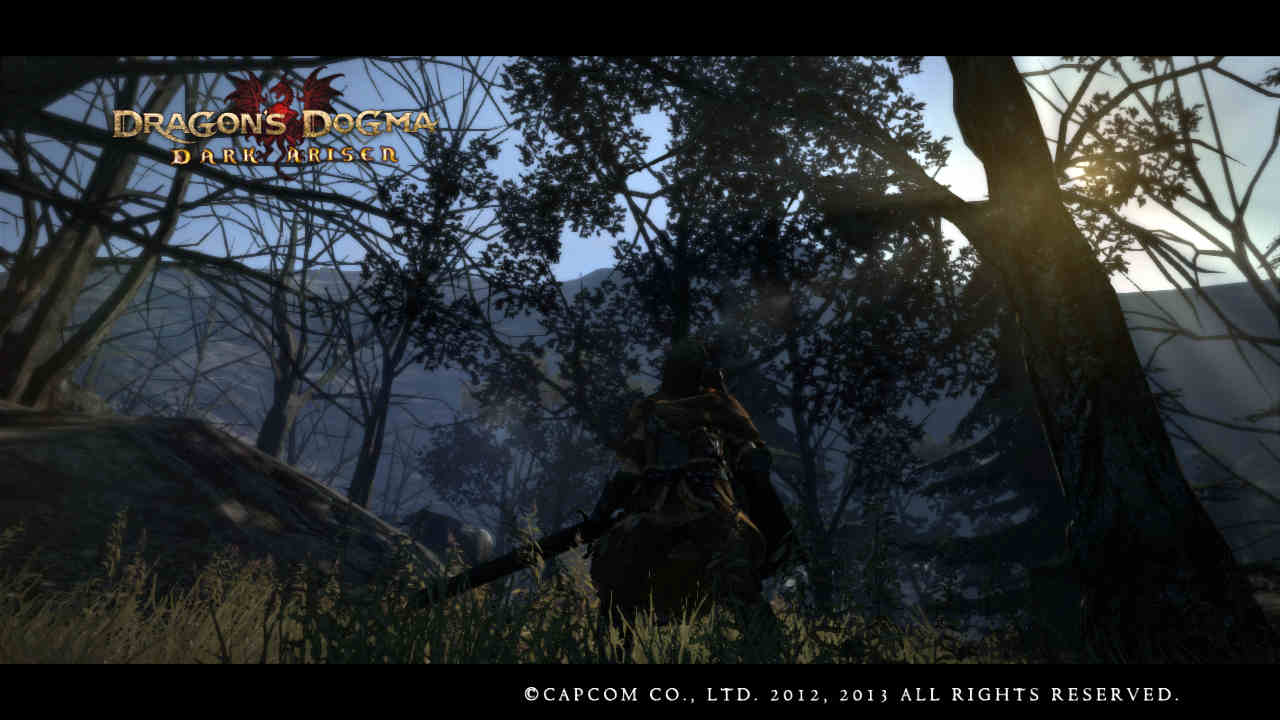 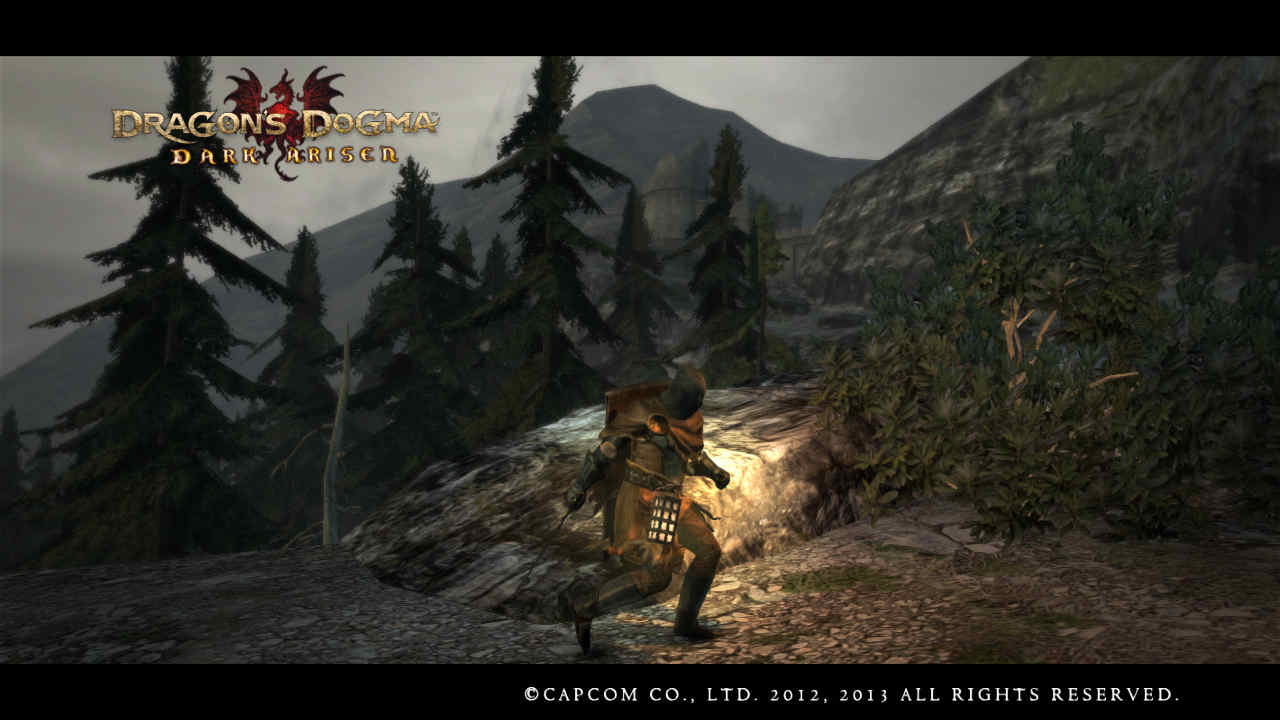 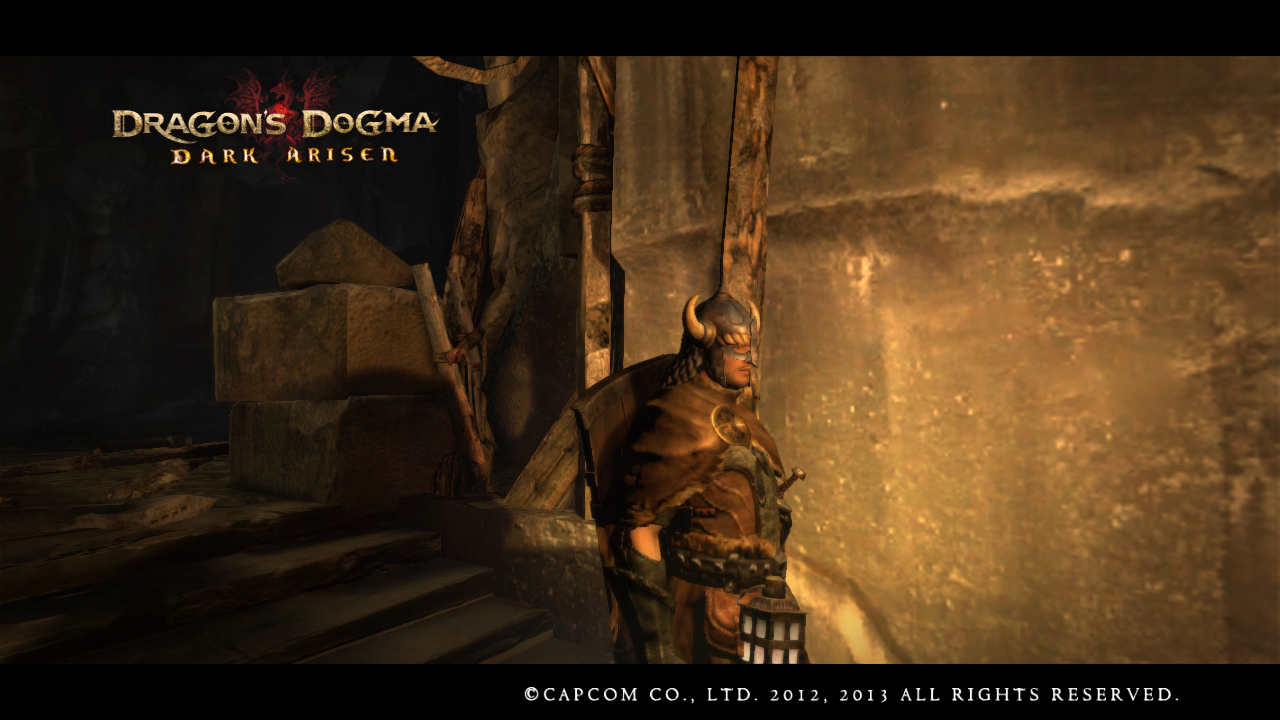 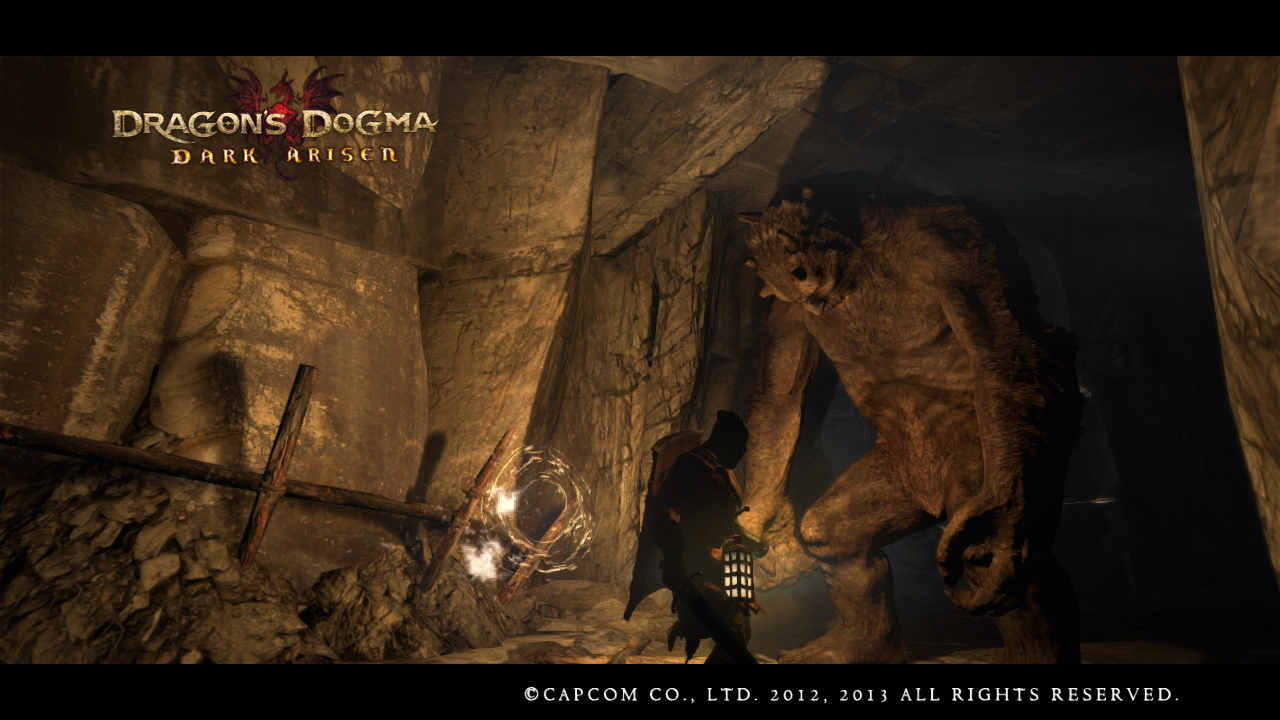 Best 3rd person shooter ever (for me).

It's sequel was total crap though. 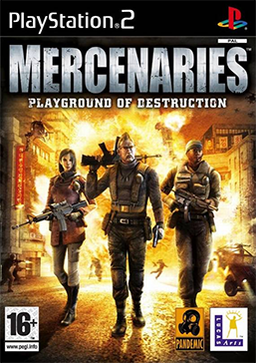 It's sequel was total crap though.

I remember playing that game 10 years back, and it was extremely fun and entertaining, it was like San Andreas but heavily militarized and what always struck me as funny is that you were capable of virtually destroying almost anything like fortified bunkers, but the trees....they were invincible.
KomissarBojanchev

Wargame airland battle taken from over a year ago. Granted I kind of suck at the game but in my few victories I managed to get some satisfying screenshots of my favorite units...
Polish Su-22 M3 escaping swedish 40mm barrages while destroying 1 leopard 2A4 witha Kh-25.

My MiG-29S scoring a group kill against unknown NATO aircraft.

Polish Su-7BKL on a napalm run. The bomb models for warsaw pact planes suck in the game so excuse the way they look like FAB-250s.

Yey, my first moon landing at first attempt, took while but my kerbal made it without casualties or chaos far better then docking to space station.

Nice, I got to Minimus w/o Mechjeb, landed successfully, and came back!
Werewolf

Mike E wrote:Nice, I got to Minimus w/o Mechjeb, landed successfully, and came back!

Tried some rovers, did not work like i hoped. Placed two rovers to docking points thought i can undock them when i land on the moon, but nope that does not work, have to try out how to attack two small rovers to landpot and then safely to undock them since the little wheels are very fragile.
Mike E

Mike E wrote:Nice, I got to Minimus w/o Mechjeb, landed successfully, and came back!

Tried some rovers, did not work like i hoped. Placed two rovers to docking points thought i can undock them when i land on the moon, but nope that does not work, have to try out how to attack two small rovers to landpot and then safely to undock them since the little wheels are very fragile.

I gave up on rovers as soon as I tried them... They are a completely pain to build and operate!

I'll try and get some screenshots on here, but I can't get Fustek working on KSP right now.
Mike E 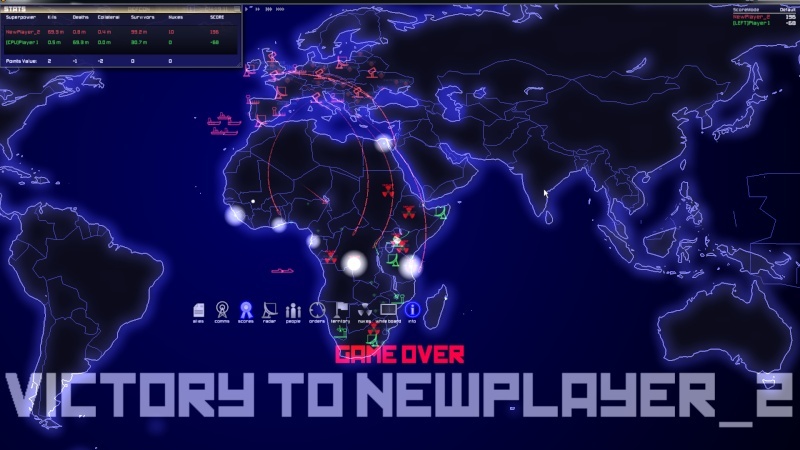 Let me guess, africans were a threat?
Mike E

Yeah, it had nothing to do with mineral and/or oil reserves!

- When playing as Europe, Africa is the easiest country to attack and is very predictable...
Sponsored content