Russia is ready to double its Cobalt 60 market share from 15 to 30% thanks to the B-800.   Cobalt 60 has a negative
reputation thanks to retarded yanqui comic books and the whole dirty Cobalt bomb myth.   Dirty nuclear bombs are
not made more dirty by Cobalt 60.    But Cobalt 60 is used for medical treatment and sterilization of medical and other
equipment and its global demand is increasing.

The above video also has an interesting story about how a cholera epidemic was defeated around Stalingrad during
WWII.  Professor Zeonida Vessarionova Yermol was dispatched to Stalingrad and developed an effective bacteriophage response
including the inoculation of 50,000 people per day while having vital supplies destroyed by German bombing.  This was
an epic achievement that I have never heard about before and I am sure 99.99% of humanity doesn't know about it.
When others trash talk, Russia does.
owais.usmani

MOSCOW, May 22. / TASS /. The first floating nuclear power plant “Akademik Lomonosov”, located in Chukotka, was put into commercial operation on May 22 after receiving a positive conclusion from Rosprirodnadzor and confirmation from Rostekhnadzor that the station was built in accordance with the requirements of project documentation. This is stated in the message of the Rosenergoatom concern (part of the Rosatom electric power division).

The order to commission the FNPP into commercial operation was signed by Andrey Petrov, general director of the concern.

“From today, the project for the construction of a floating nuclear power plant in the city of Pevek, Chukotka Autonomous Okrug can be considered successfully completed. Now it has become the eleventh industrially operated nuclear power plant in Russia and the northernmost in the world,” Rosenergoatom quotes Petrova.

The first electricity to the isolated network of the Chaun-Bilibino energy center of Chukotka was issued by the FNPP on December 19, 2019. The international magazine Power recognized this event as one of the six key events of the year in the world nuclear energy. Since the incorporation into the network, the FNPP has already generated over 47.3 million kWh of electricity, now it provides 20% of the electricity demand of the Chaun-Bilibino energy center. And after the Bilibino NPP is decommissioned, the FNPP will be the main source of energy for Chukotka.

The world's first floating nuclear power plant consists of coastal infrastructure and the Akademik Lomonosov floating power unit (PSU), equipped with two KLT-40S reactors with an electric capacity of 35 MW each. The power capacity of the FNPP is 70 MW, and the thermal capacity is 50 Gcal / h. 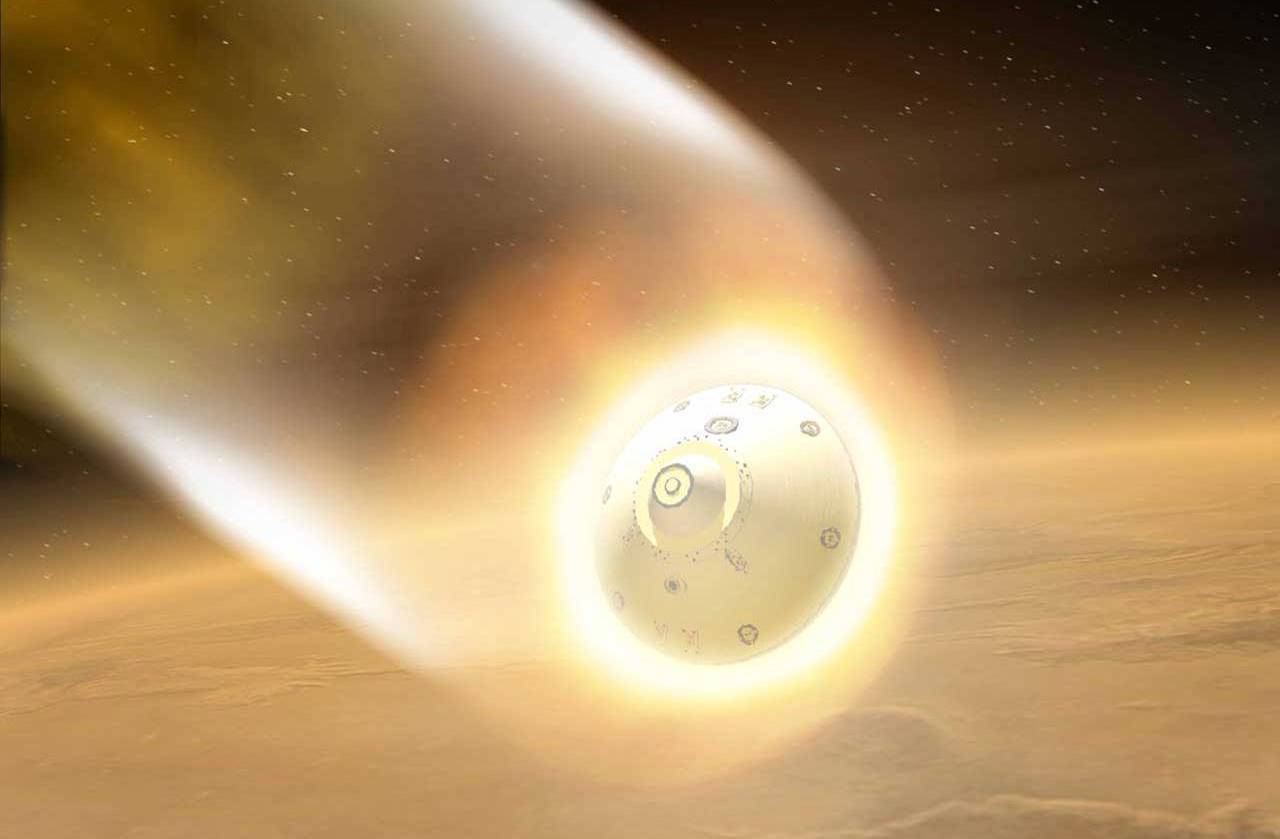 The most heat-resistant material in the world was created by Russian specialists from the Center for Structural Ceramic Nanomaterials NITU MISiS. Theoretically, the melting point of the new compound is 4,200º C. Scientists have not been able to measure the exact value at the moment, since simulating such thermal loads in the laboratory is extremely difficult.

The substance proposed by the researchers, hafnium carbonitride (Hf-CN), was obtained by self-propagating high-temperature synthesis and is a hafnium-carbon-nitrogen binder. In addition to incredible thermal stability, the material has high hardness (21.3 GPa), thermal conductivity and oxidation resistance.

It is worth noting that the discovery of Russian specialists, first of all, is of great importance for the aerospace industry. For example, in the future, hafnium carbonitride could be used in the manufacture of head fairings, parts of aircraft engines and other elements. All this would allow to increase the life of domestic aircraft, and most importantly, to make them even more reliable.

In addition, new material could also contribute to the military industry. In particular, it could be used to create hypersonic missiles, which, moving in dense layers of the atmosphere, are subjected to the highest thermal effects.

How Russian scientists synthesize graphene with a given number of layers 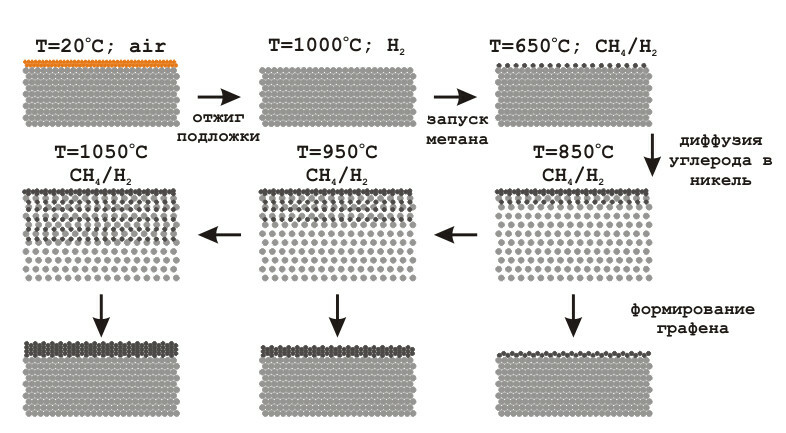 Rusgrafen specialists together with colleagues from the Institute of General Physics of the Russian Academy of Sciences and the Institute of Materials Science of the Vietnam Academy of Sciences and Technologies have developed a method for the synthesis of CVD graphene with a controlled number of layers. The results of the work published in the journal Physica Status Solidi C and a Physica the Status Bed and Solidi .

Flexible and transparent electrodes, sensors, membranes, memory cells, saturable absorbers for lasers are far from an incomplete list of actively developing applications for graphene films. It is important to be able to produce films with a given number of graphene layers - a key parameter that determines their unique physicochemical properties.

To this end, we have developed a method that allows you to control the thickness of the synthesized graphene film (from 3 to 50 or more layers) on the surface of nickel foil, one of the most popular catalytic substrates for the synthesis of graphene.

The experiments used the original setup developed by Rusgrafen. At the first stage, annealing of the nickel substrate was carried out, placed in a vacuum chamber with water-cooled walls. The chamber was filled to a pressure of 100-500 mbar with a mixture of argon and hydrogen in a ratio of 4: 1. Then, the substrate was heated by passing an electric current to the annealing temperature, which was maintained for a certain time. The increase in current was controlled by the installation software. The temperature was measured directly from the nickel substrate using an infrared pyrometer. It was found that the current rise rate, temperature, and annealing time largely determine the quality of the graphene film formed on the surface of the nickel foil in the second part of the experiment.

Carbon-containing gas methane (CH4) was supplied to the pre-evacuated chamber, and the nickel substrate was again resistively heated. At a temperature of 500 ° C, methane thermal decomposition and carbon deposition on the substrate occurred at the metal surface. At 750 ° C, carbon atoms began to diffuse into nickel, increasing its electrical resistance. By changing the resistance of the substrate, one can judge the number of carbon atoms that have stuck inside nickel. And this determines the thickness of the graphene film, which is formed after cooling the substrate. Thus, by controlling a number of parameters — the heating rate and the temperature of the substrate, its resistance, concentration, and gas pressure, it became possible to synthesize films with a given number of graphene layers. For instance,

This method is used by Rusgrafen to create commercial samples of CVD-graphene with the number of layers required by the customer.