PapaDragon wrote:
That was fast:

Nuclear icebreaker Sibir has been delivered to Atomflot

Its the time of year, they need it out there quick

Present for you, the link below

...and allow me to park this right here

A repeat... we have seen that before... but still watched it again...

GarryB wrote:A repeat... we have seen that before... but still watched it again...

On the BMPD side, we recall that Siberia is the second nuclear-powered icebreaker of Project 22220 (LK-60Ya) built. Its construction was carried out under a contract concluded on May 29, 2014 by Baltic Shipyard - Shipbuilding LLC (now Baltic Shipyard JSC) with the state corporation Rosatom for the construction of two serial nuclear-powered icebreakers of project 22220 (LK-60Ya ) with a total cost of 84.4 billion rubles. The laying of the first icebreaker under this contract (and the second in the series) Siberia (building number 05707) was carried out at the Baltic Shipyard on May 26, 2015, where it was launched on September 22, 2017. November 17, 2021 nuclear icebreaker"Siberia" began factory sea trials. 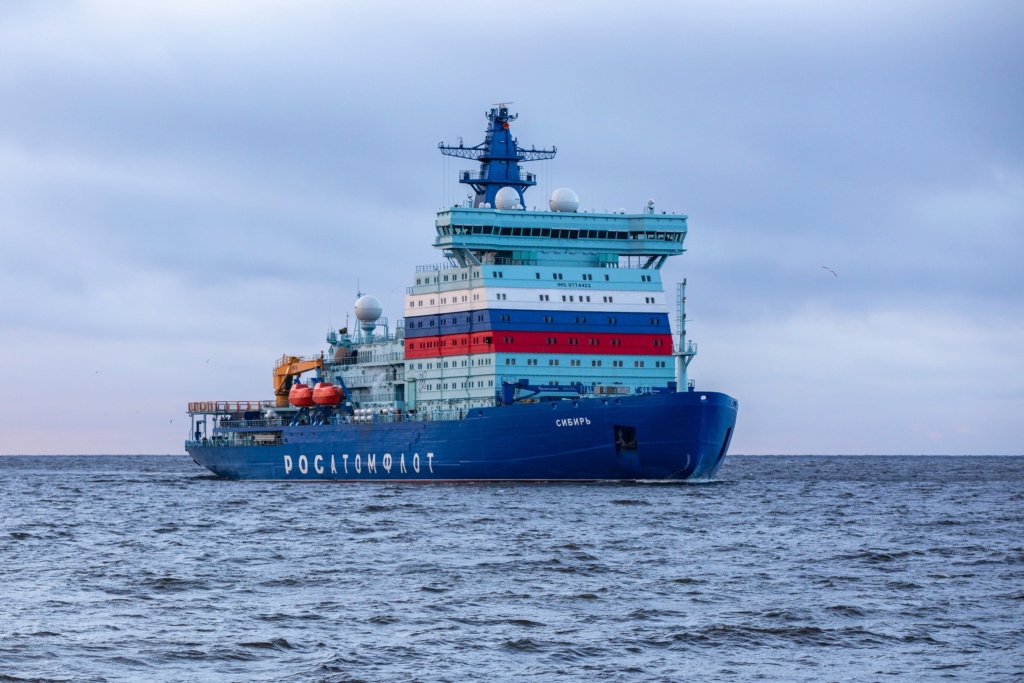 Atomflot's claim seems a bit excessive BUT you do need to send a very clear message to the yard. This is not some family sail boat for the weekend!

Litigation is a normal part of capitalist economics. The incentives are to cut corners and the push back has to come from the
customers. The government would require enormous resources to micromanage such an economy.
lancelot

I think they are overdoing it. The icebreakers were built in record time and yes there were problems but they were fixed.
Excessive litigation can be a problem. This is a new ship type so delays should be expected. 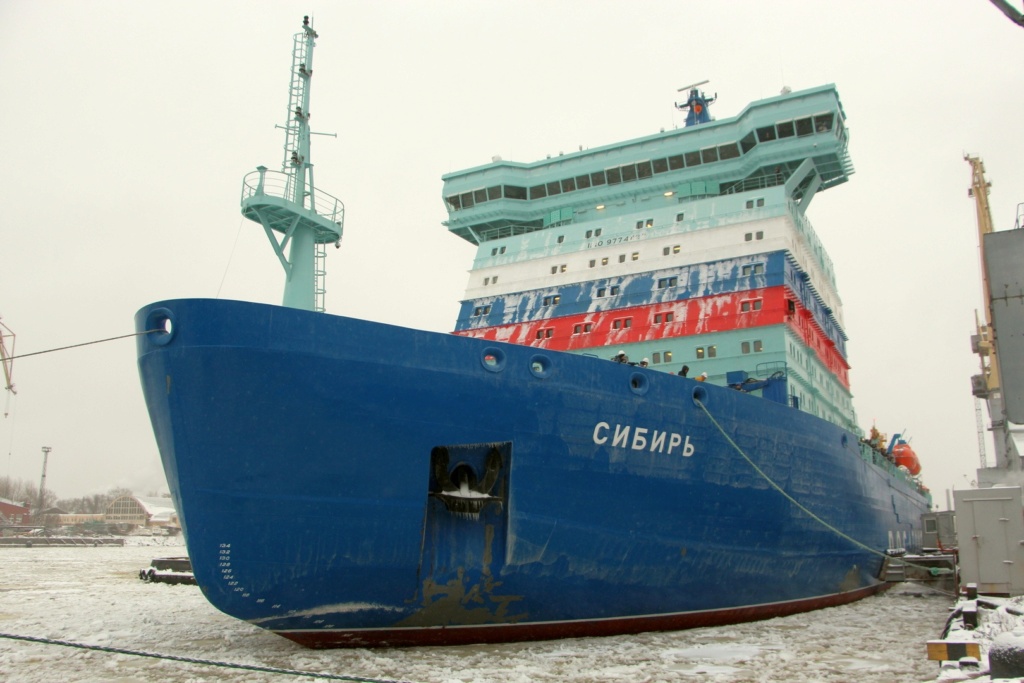 ARKTIKA leading the first caravan of ships through the North sea passage.


Its main functions will be patrolling, rescue duty, search and assistance to ships in distress, icebreaking operations.

The Baltic Shipyard (PSZ) Yantar (Kaliningrad, part of USC) in the spring of 2022 will begin construction of a multifunctional ice-class rescue vessel based on the modernized MPSV06M project. This was reported by TASS with reference to the general director of PSZ Ilya Samarin.

“In the spring, we plan to start building an ice-class rescue vessel of the MPSV06M project,” he said.

Samarin recalled that the Yantar Shipyard signed a contract with the Directorate of the State Customer of the Sea Transport Development Program for the construction of a multifunctional ice-class rescue vessel of the MPSV06M project.

The MPSV06 project of a 7 MW multifunctional rescue vessel - icebreaker of the Bering Strait type was developed by the Marine Engineering Bureau (MIB). The vessel will be built in the interests of the FSBI "Marine Rescue Service".

The Baltic shipyard "Yantar" was founded on July 8, 1945 on the basis of the F. Schichau shipyard. Located in Kaliningrad. It specializes in the construction of small and medium tonnage vessels for military and civil purposes, as well as in carrying out ship repair works. The plant has built 160 warships and more than 500 civilian ships. Currently, the controlling stake in JSC PSZ Yantar is controlled by the state represented by JSC United Shipbuilding Corporation.


Baltiyskiy Zavod plans to hand over to the customer the second serial (third in a row) universal nuclear icebreaker of project 22220 Ural on October 30, 2022.
"The commissioning of the 22220 Ural series icebreaker is scheduled for 2022. The deadline for commissioning is October 30. Construction is proceeding according to schedule," the head of the shipyard quotes the publication.
The general director of the enterprise Alexey Kadilov told about this in an interview with Vedomosti . Aleksey Kadilov also noted that in 2024 the plant should commission the third serial (fourth in a row) icebreaker Yakutia. The commissioning of the fourth serial (fifth in a row) icebreaker "Chukotka" is scheduled for 2026.

Icebreaker Sibir is enroute to the Barents Sea.


The “Sibir“ is the second of Russia’s new class of powerful icebreakers tasked to keep the Northern Sea Route open for year-round shipping. She left port at the Baltic shipyard in St. Petersburg at 05.17 in the morning on January 13 and has, for now, expected arrival at her new homeport Murmansk on January 20.

The transition through the Baltic Sea and around Scandinavia is expected to take 8-9 days, Rosatomflot informs.

After a few days at port in Murmansk, the “Sibir” will begin the first working voyage in the western sector of the Northern Sea Route, mainly in the area of the Ob and Yensei rivers outlet and in the Kara Sea. Shipping to and from ports like Sabetta and Dudinka in the Russian Arctic are already supported by the “Arktika” icebreaker of the same class as “Sibir”.

Poor Scandinavians will have "Glowfish" back on the menu again! 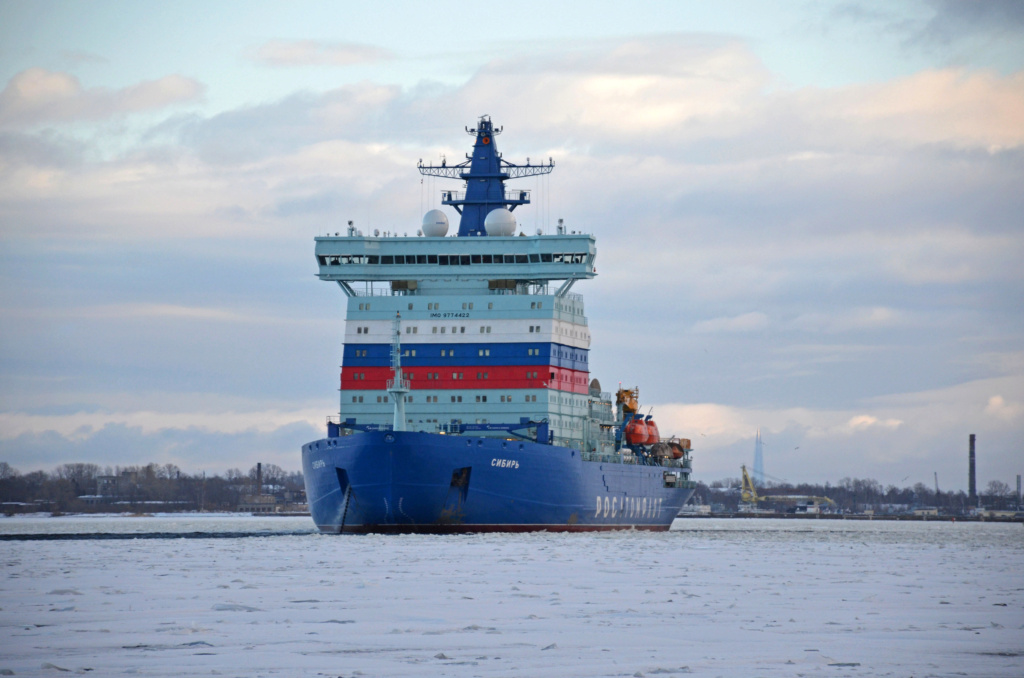 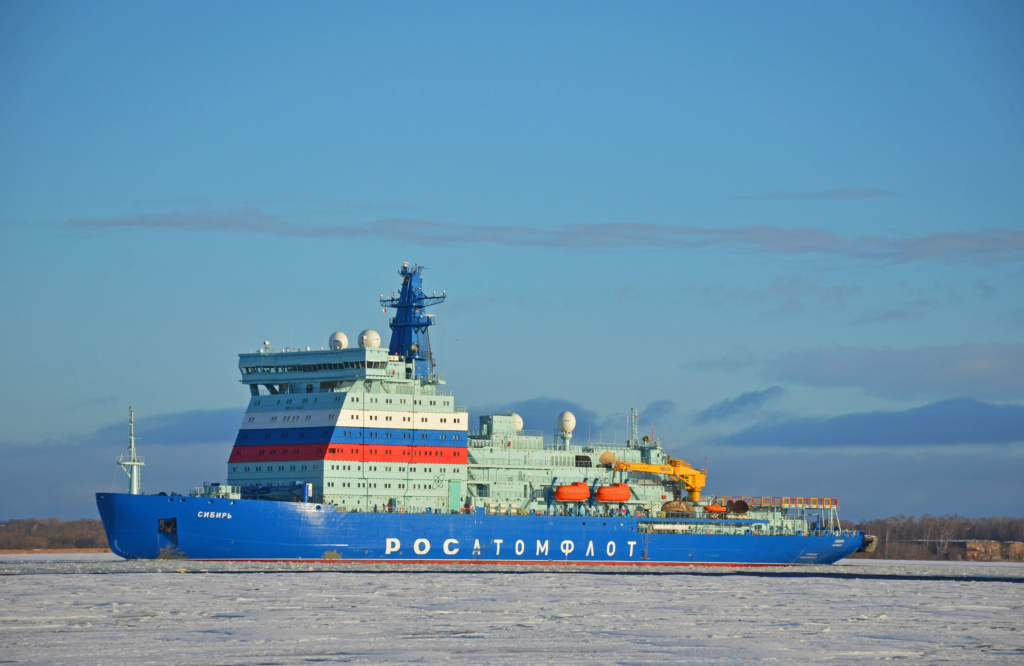 Big transition. Horizons of the Atom

One more video about the icebreaker SIBIR. Sorry.
Coming out of Murmansk. 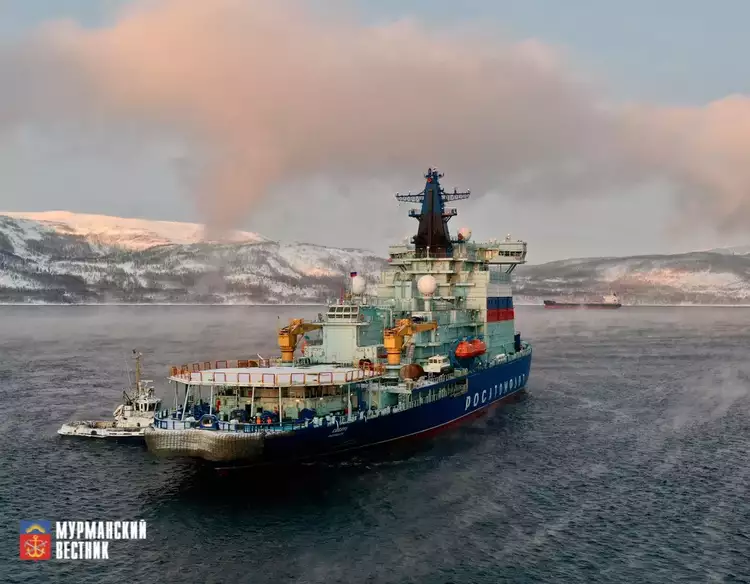 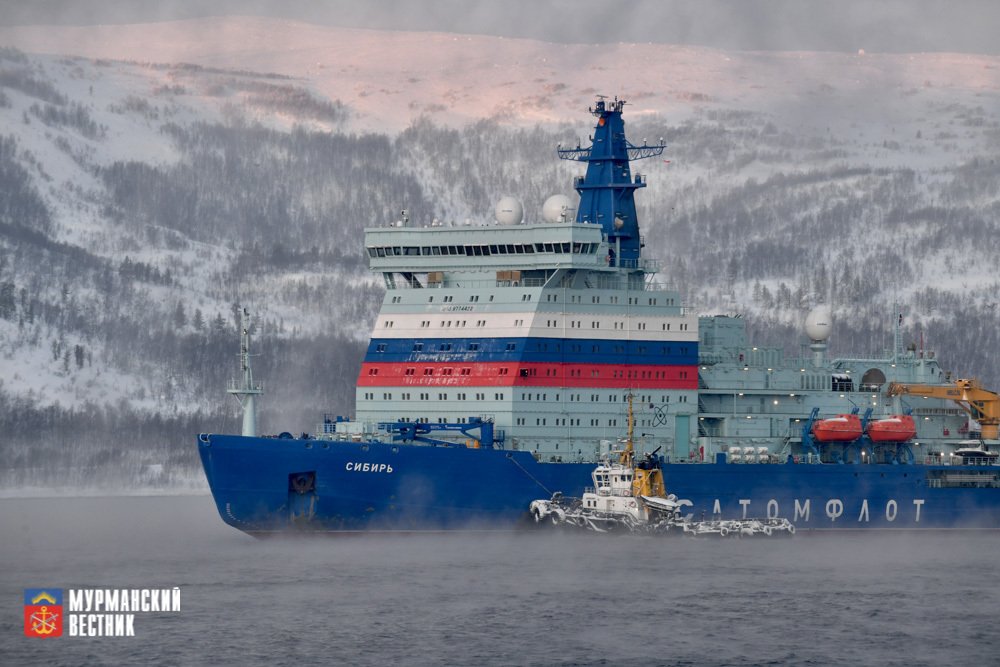 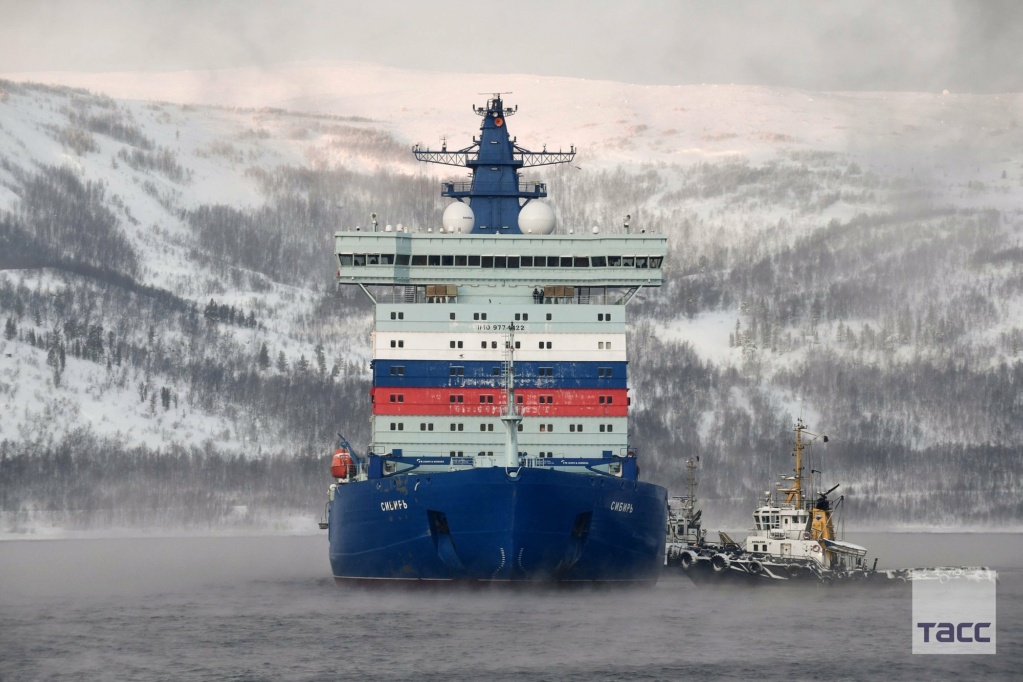 SIBIR is now in Murmansk.
On the 25th of January, it will officially raise the Russian Flag. 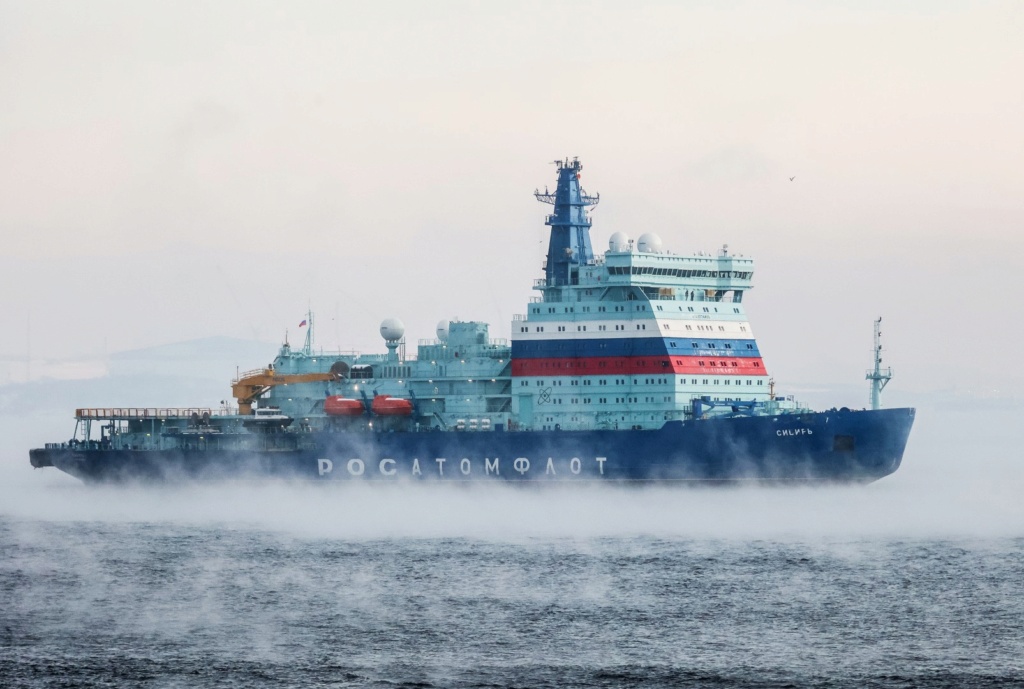 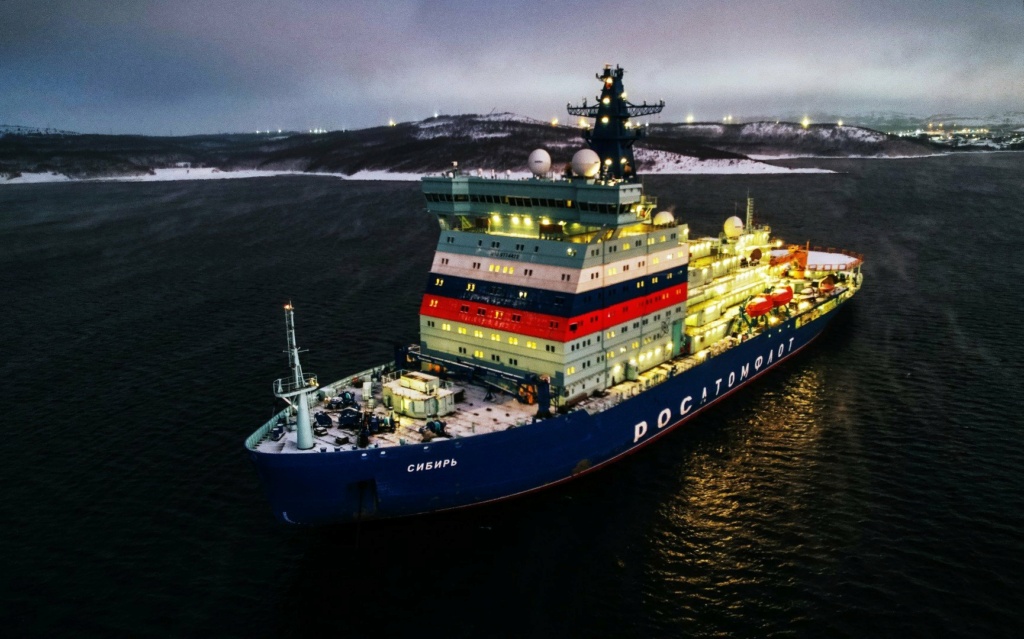 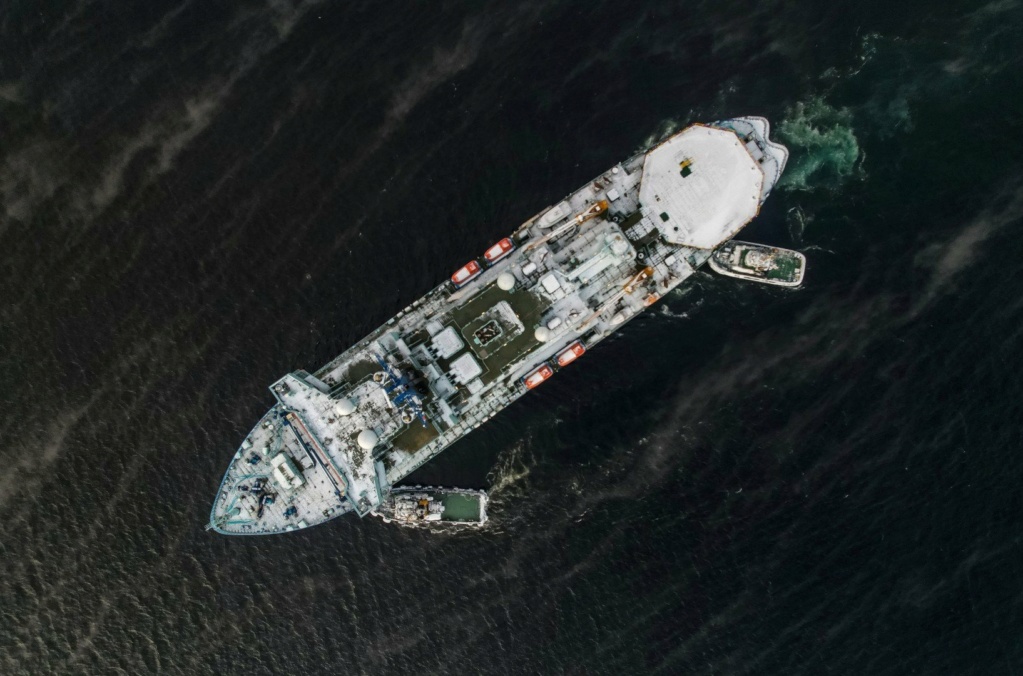 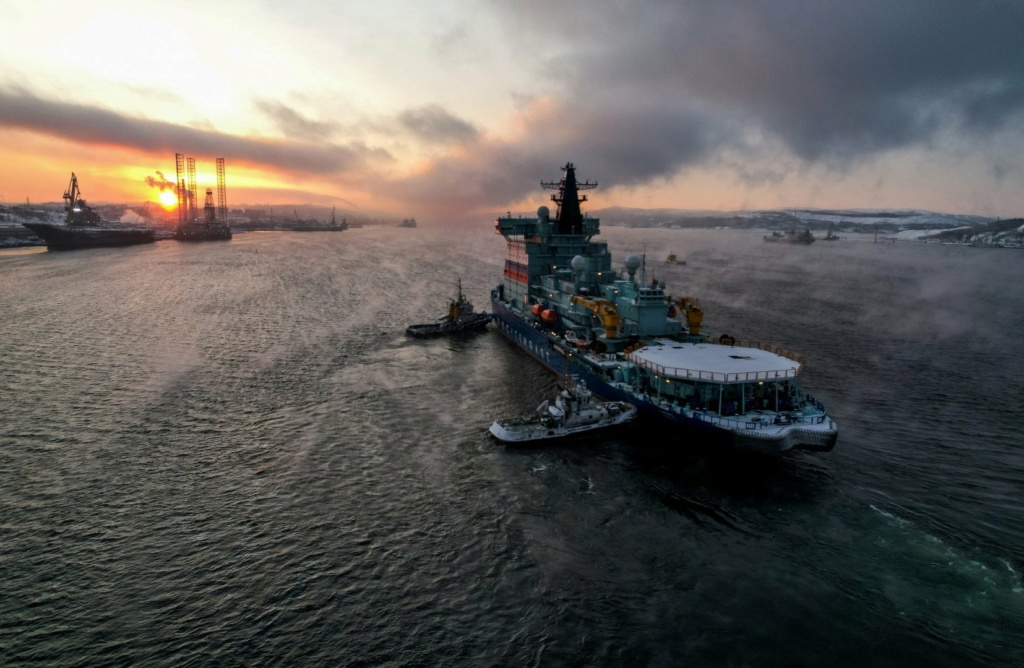 Video about the design of the icebreaking science platforms they are making...

In Russian only unfortunately. 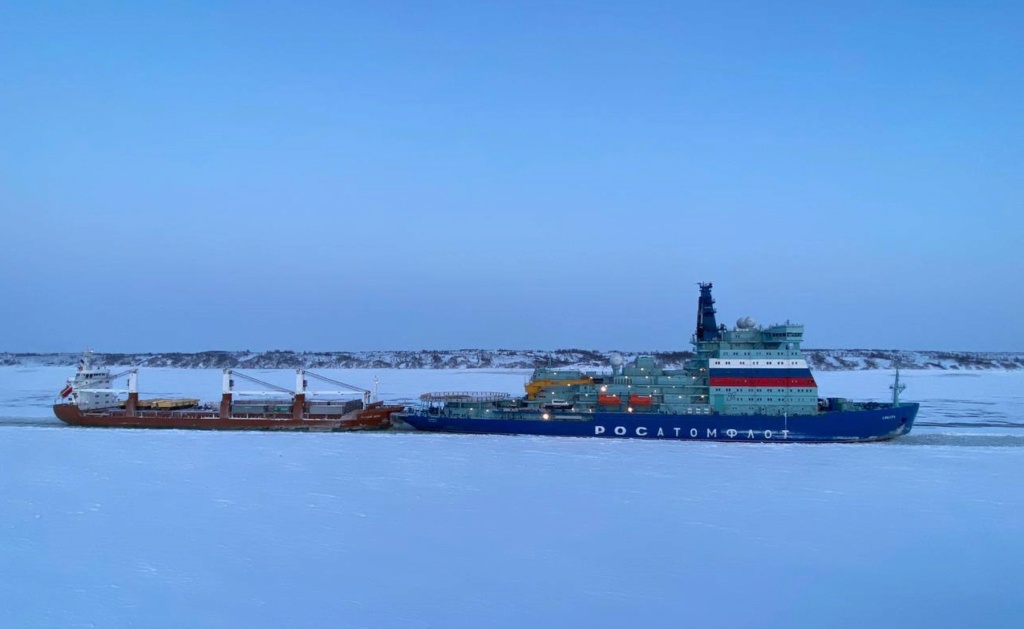 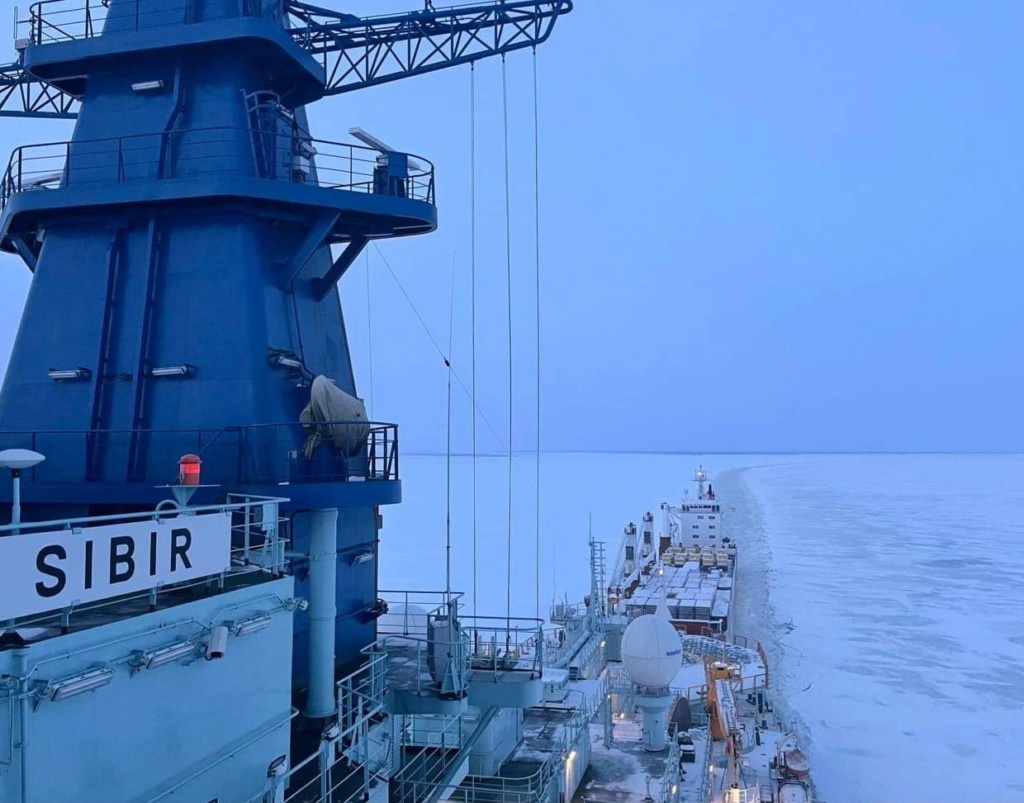