On June 11, 2018, Azerbaijani President Ilham Aliyev attended the opening ceremony, as it was stated, of the "N-th Military Unit of the Missile Forces of the Ministry of Defense of Azerbaijan" (apparently, the missile brigade). The President of Azerbaijan was demonstrated, among other things, mobile ground-based missile systems - the Belarusian-Chinese "Polonaise" and the Israeli LORA - that are in service with the said unit. All cars of both complexes are made on the automobile chassis of the Belarusian production of types MAZ and MZKT. 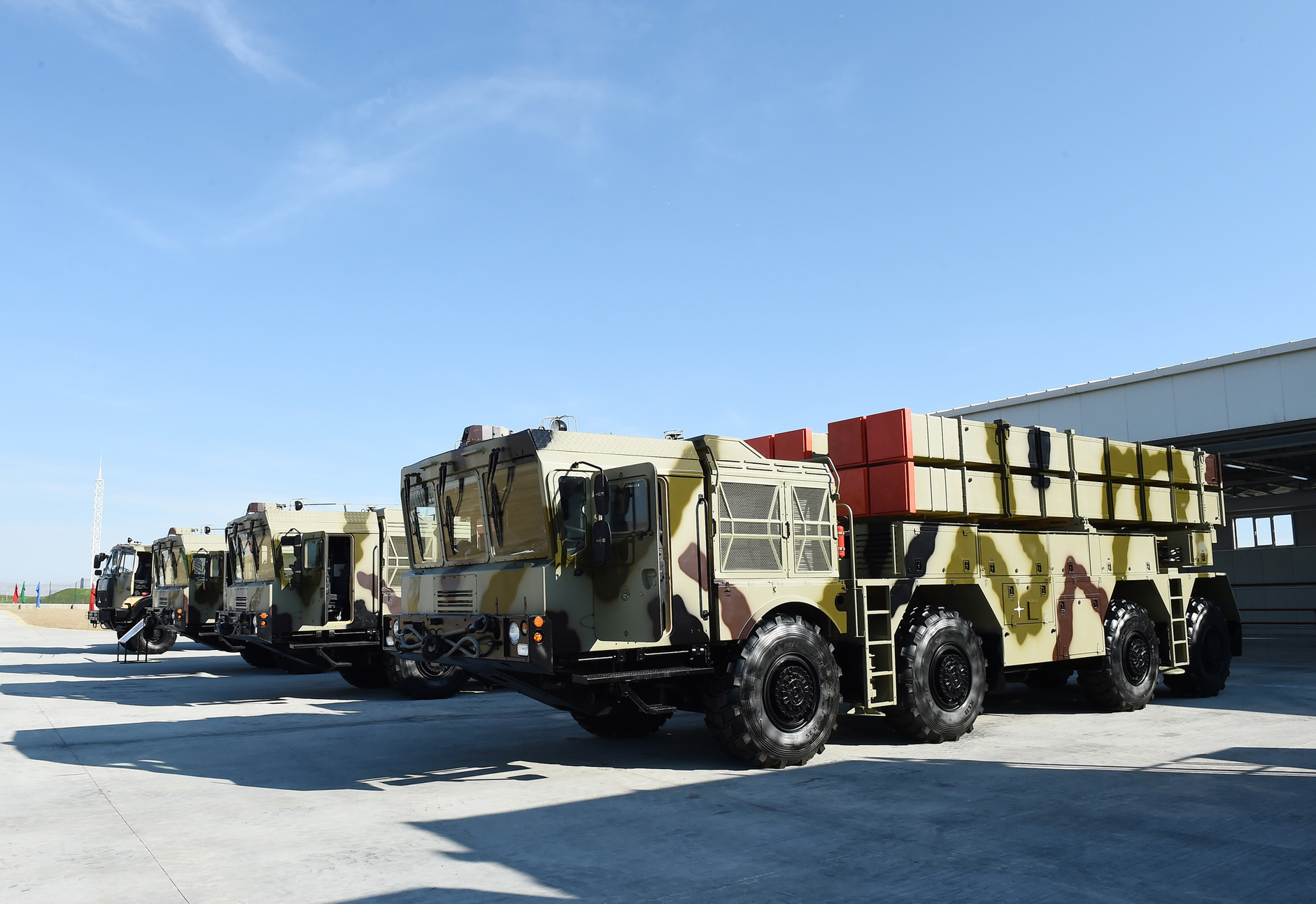 At the parade in Baku on June 26, among other things, not only the conventional Barak-8 missile systems were launched, but also launchers for the Barak-8ER missiles with an elevated range of 150 km.

There are very good pictures for comparing the launchers of both versions, it is clearly noticeable that the Barak-8ER launcher installed on the same chassis from the MZKT is much larger. 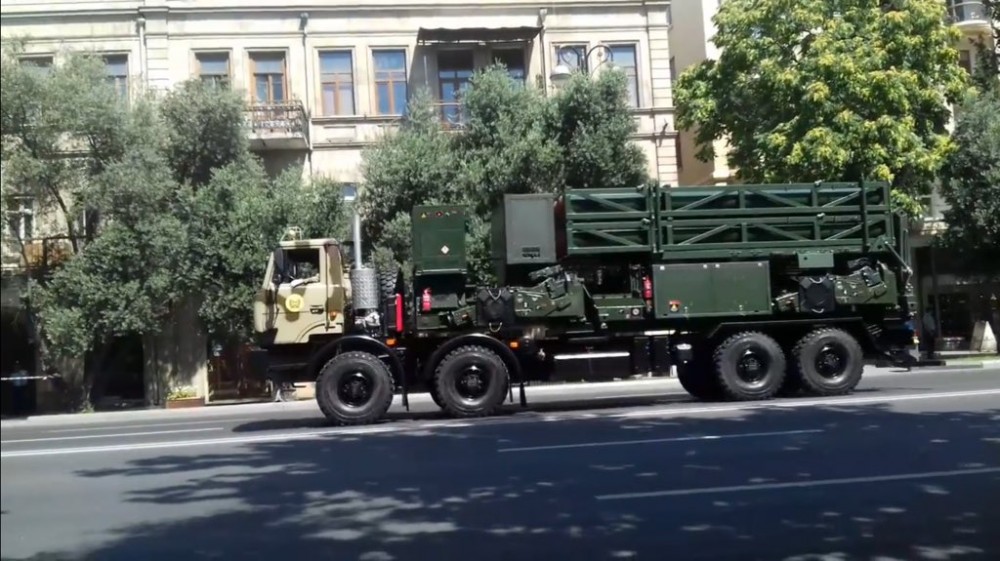 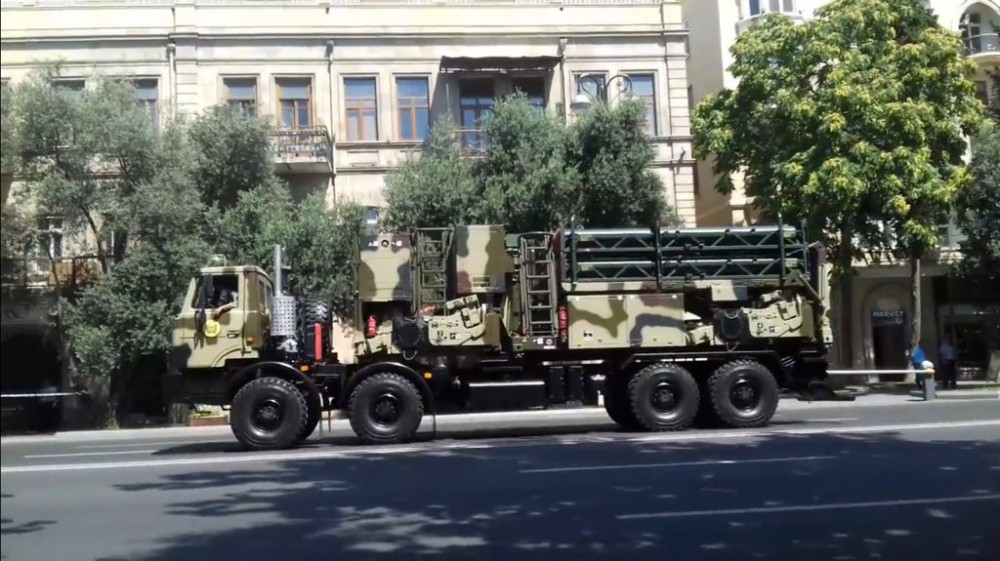 The journal "Jane's Defense Weekly" in the material of Sean O'Connor "Spaceshot: Azerbaijan's new missile base - 40.490297 N 049.594878 E" published a satellite image of the missile unit of the armed forces of Azerbaijan, which was opened on June 11, 2018 during the ceremony with participation of the President of Azerbaijan Ilham Aliyev. Armament of this missile unit is newly acquired by Azerbaijan mobile ground-based missile systems - Belarusian-Chinese "Polonaise" and Israeli LORA, the cars of both complexes are made on Belarusian-made automobile chassis of types MAZ and MZKT. 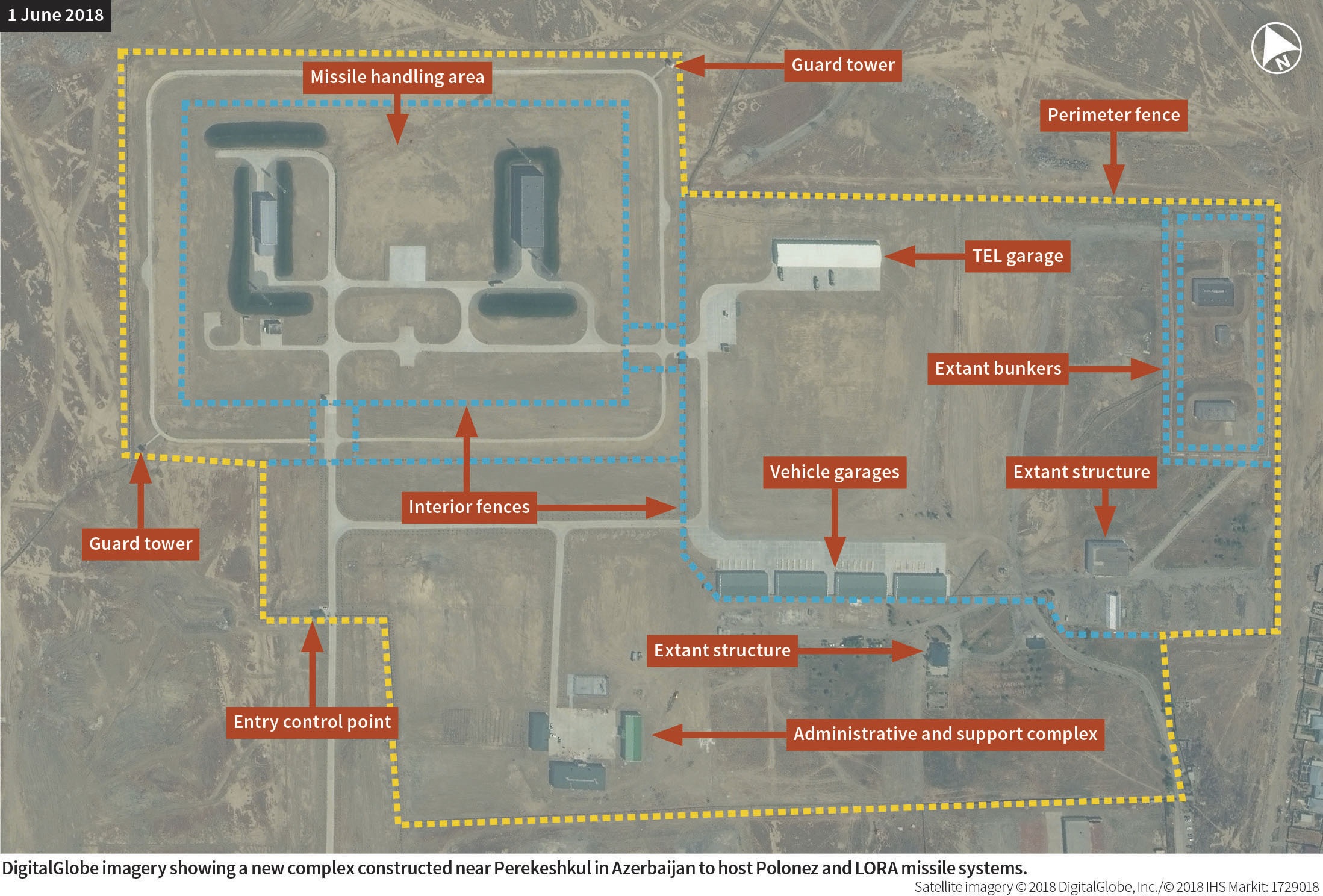 01.06.2018 satellite image of the new missile unit of the armed forces of Azerbaijan near the village of Perekeshkul in the Absheron region of Azerbaijan, equipped with mobile ground-based missile systems "Polonaise" and LORA (clickable) (c) DigitalGlobe (via Jane's)


According to a satellite image, this missile unit (apparently a rocket brigade) is stationed near the village of Perekeshkul in the Absheron region of Azerbaijan, 20 km northwest of Baku (coordinates 40.490297 N, 049.594878 E). The military town of the unit covers an area of ​​about 50 hectares, and on June 1 was in the final stage of construction work. The construction of the missile unit was launched in May 2017. According to the analysis in the publication, in the territory of the part hangars containing 14 launchers of the Polonez and LORA missile systems are located. There are also two hangars of the missile and technical base and protected semi-underground bunkers for the storage of missiles.

A commercial satellite image was taken by DigitalGlobe. 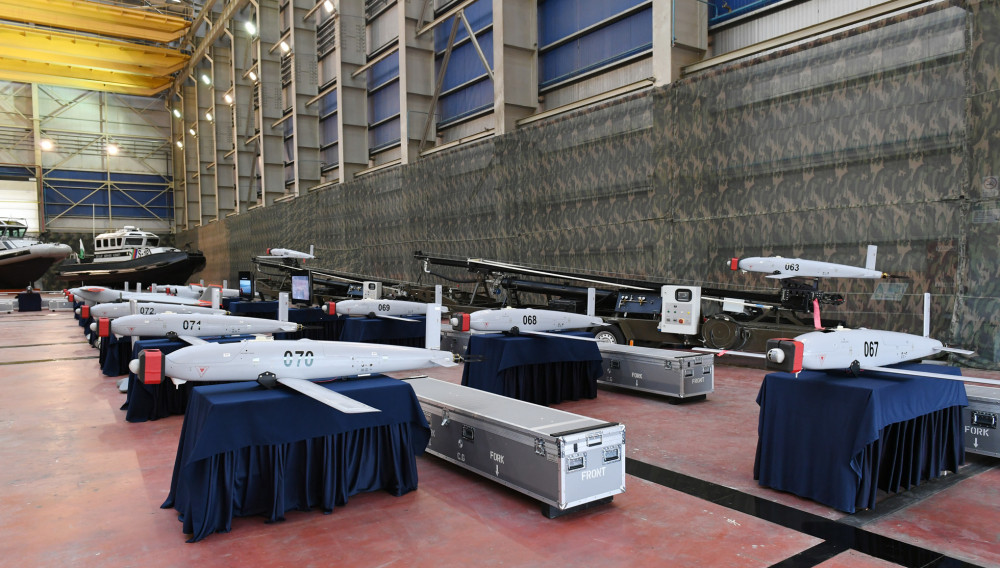 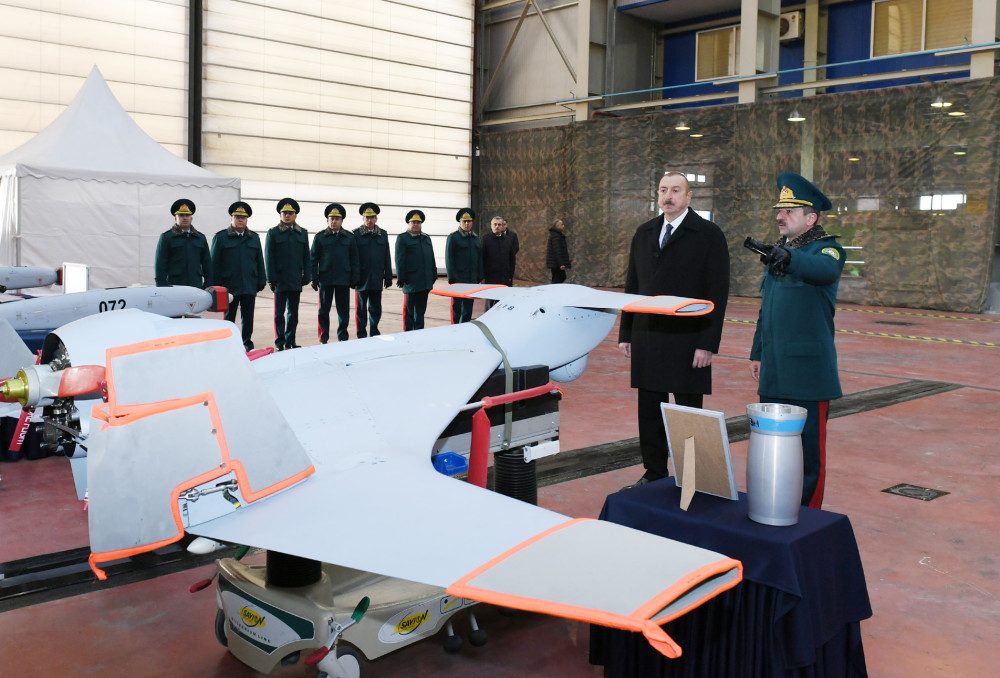 According to the Ministry of Defense of Azerbaijan, on July 24, 2019 at 22.00 [21.00 Moscow time], a MiG-29 fighter jet of the Azerbaijani Air Force, carrying out training flights at night, crashed and fell into the Caspian Sea.

Azerbaijan signed an agreement on acquisition of M-346 aircraft

George1 wrote:Azerbaijan signed an agreement on acquisition of M-346 aircraft

Well, good for the italian industry (and for their suppliers)... i just don't understand why that and not the yak-130...


Edit: by the way, is it true that Russia refused to sell aircrafts to Azerbaijan?

There is more and more information that jihadists from Syria have been deployed to the borders of Armenia in support of Azerbaijan. The commander of the Free Syrian Army (FSA), which is supported by Ankara, General Ziyad Haji Ubeid, announced that they had sent fighters to Azerbaijan. Ubeid said: “Due to poor economic conditions, the militants are forced to travel to a hot spot, Azerbaijan, to provide for their families. In such Syrian regions as Efren, Serekaniye and others, the economic situation is very deplorable, people cannot feed their families. Turkey provides economic support to over 70 thousand fighters. We are ready to fight anywhere in the national interest and for the security of Turkey. We protect our interests to achieve our goals. Soldiers are sent to fight in various places in order to protect common interests with Turkey and provide themselves with food. We must repay our debt to Turkey for the support it provides us. ”
https://regnum.ru/news/polit/3081045.html


Russia, Iran Concerned About Syrian and Libyan Fighters in Nagorno-Karabakh

If they need to use them, it means there r not enough trained troops in their army.

'We Want More': Armenians in US Push Trump Administration to Support Homeland

Azerbaijan Denies That Warplane and Two Drones Shot Down

Israeli weapons at a military parade in Baku