Dude, no offense but Azerbaijan would be over run by the IRGC in one day flat! if it came to war between Iran and Azerbaijan, not matter what these Azeri's buy from Russia. They have no experience, and when or if a war starts, the Azeri's like their pathetic performance against the Armenians as a gauge to go on, will more than likely defect or surrender en mass.

Iran's war doctrine is to tackle foes like the U.S. in the Gulf, and put them and these A-raabs out of business quickly, what to speak of a war between Azerbaijan and Iran!

Cyberspec wrote:A big order from a country which seemed anti Russian on most issues. I would've thought them much closer to Turkey and Nato in general...a bit surprising.

One unconventional explanation I've heard is that they apparently fear a possible conflict with Iran. In case of a wider ME war, one of the scenarios is that the Iranian Army would cross into Azerbaijan to attack oil/gas installations that are run by US companies. 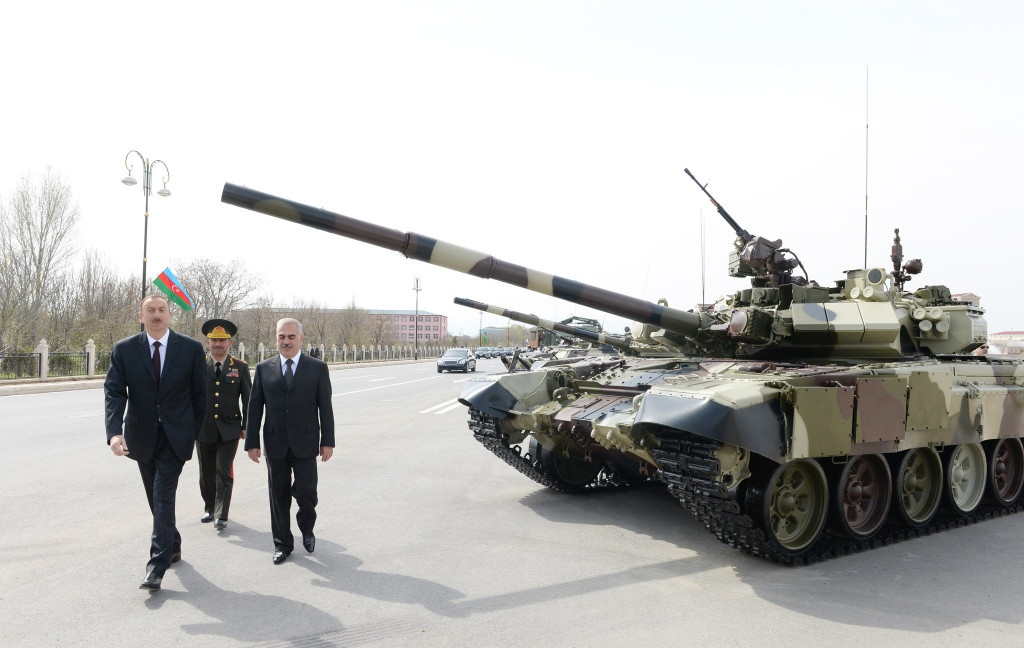 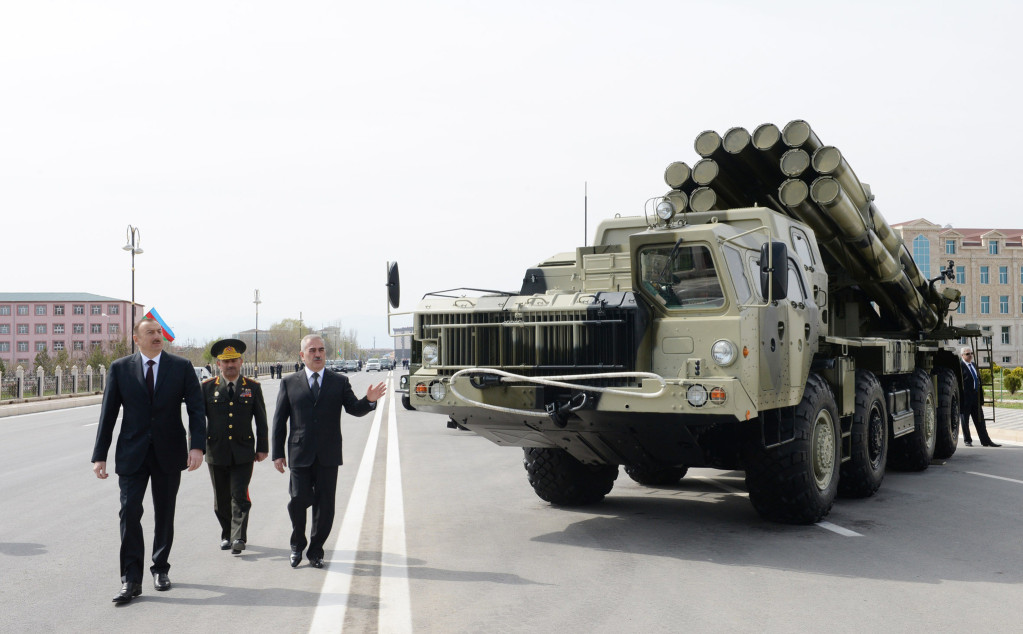 Nakhchivan sounds a bit armenian. How did this region who is completely cut with the mainland azerbaijan get into azerbaijan's territory and not armenia's or turkey's. If it is indeed ethnic azeri, why are they so isolated? can someone tell me more about the region's history?
AlfaT8

KomissarBojanchev wrote:Nakhchivan sounds a bit armenian. How did  this region who is completely cut with the mainland azerbaijan get into azerbaijan's territory and not armenia's or turkey's. If it is indeed ethnic azeri, why are they so isolated? can someone tell me more about the region's history?

I believe this is what your looking for:
https://en.wikipedia.org/wiki/Nakhchivan_Autonomous_Republic
AttilaA 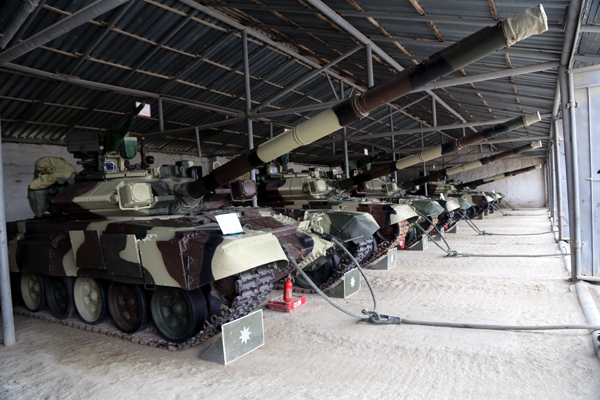 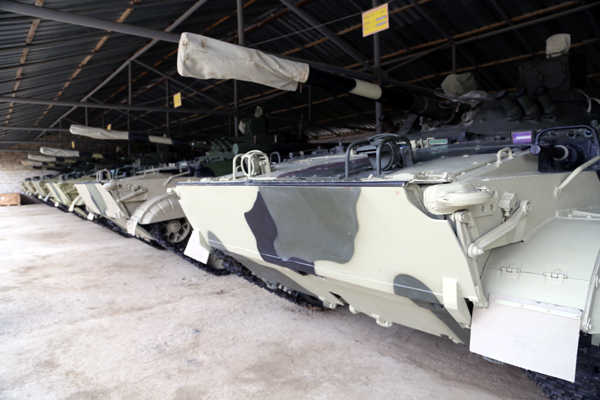 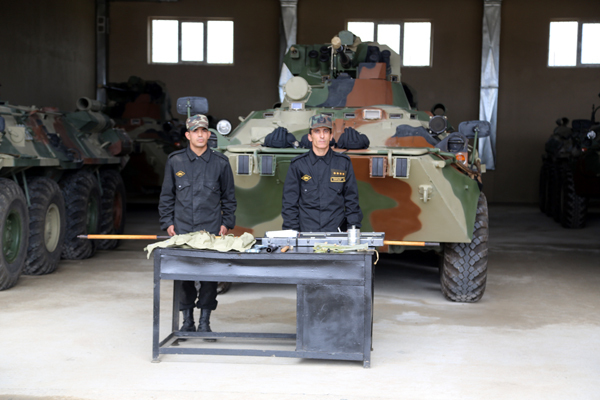 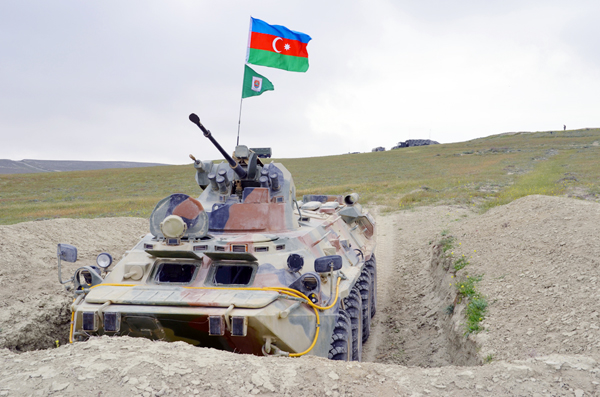 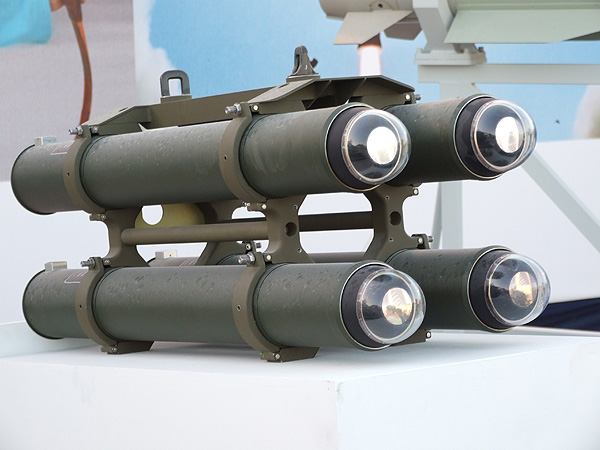 The first stage of large-scale exercises is started
The first stage of Armed Forces large-scale exercises is started.
According to the exercise plan, system of combat readiness of command and control of the troops is checked, forces and means are moved to the starting positions, as well as field control points are deployed with the purpose of continuous, operational and hidden control of troops.
In order to regulate and ensure the security of military equipment and military personnel movement commandant services were organized on the roads and routes of their movement.
Air Force troops will ensure the security of columns movement from conditional enemy attack.

Large-scale exercise involved ships and boats of the Naval Forces
Large-scale exercises conducted according to the plan approved by the President of the Republic of Azerbaijan, Supreme Commander-in-Chief of the Armed Forces Ilham Aliyev, involved ships and boats of the Naval Forces.
Common readiness of military personnel participating in the exercise and operational situation in the Azerbaijani sector of the Caspian Sea, as well as Naval Forces control were inspected.
Tasks on putting the Naval Forces into a state of full combat readiness, movement of a group of ships and military units to the staging areas, equipment and operational coordination were successfully completed during the first stage of the exercises.
The aim of the exercise phase, carried out with the involvement of ships and boats is the interoperability with other branches of Armed Forces in fulfilling tasks on the protection of energy infrastructure in the operational zone of the Caspian Sea, the release of the ship captured by terrorist sabotage group, with the landing of special forces group from helicopters on the ship's board.

Combat aircrafts attacked the positions of conventional enemy
Large-scale exercises to be held according to the plan, approved by the President of the Republic of Azerbaijan, Supreme Commander-in-Chief of the Armed Forces Ilham Aliyev, are being continued with the participation of combat aircrafts of the Air Force (AF).
Combat readiness of aviation and military personnel, as well as the activities of the modern automated control systems of the Air Force were verified.
More than 50 aircrafts have put into a state of full combat readiness made combat flights from alternative aerodromes.
Aircrafts raised in the sky performed tasks on prevention of enemy action and its fire damage at suddenly occurred targets.

A large group of flight and engineering-technical staff of the Turkish Air Force has arrived in Azerbaijan to participate in the "TurAz Qartalı-2017" joint exercises.
Staff arrangement, exercise planning and other organizational work are currently underway in order to be prepared for the exercises.
It should be pointed out that the exercises to be held in Azerbaijan for the period of 18th to 30th September will involve up to 30 aircrafts of the Air Forces of Azerbaijan and Turkey, consisting of MiG-29, F-16, Su-25, C-130 Herkules, CASA CN-235 aircrafts, as well as Mi-35, Mi-17 and Sikorsky S-70 helicopters.

In the course of the military exercises that started, in my opinion, Azerbaijan first showed 152-mm self-propelled howitzer Dana and 122-mm ML-RMV 70 Vampir from the Czech Republic.

According to the plan approved by the President of Azerbaijan, the Supreme Commander-in-Chief of the Armed Forces Ilham Aliyev, on September 18 large-scale exercises with the participation of various types and arms of the armed forces started.

Day.Az reports with reference to Trend, this was said in the message of the press service of the Ministry of Defense of Azerbaijan, distributed on Monday.

Up to 15,000 servicemen, more than 150 tanks and armored vehicles, up to 120 rocket-artillery units of various caliber, multiple rocket launchers and mortars, 20 combat aircraft for various purposes, as well as new radio electronic reconnaissance assets and unmanned aerial vehicles .

To me, the Dana SAU still seem to be the most beautiful of such self-propelled howitzers on the wheeled chassis, so I could not help but pay attention to this news. In this case, it looks like Azerbaijan has purchased an upgraded version of DANA-M1 CZ, which is offered for export by the Czech Excalibur Army. 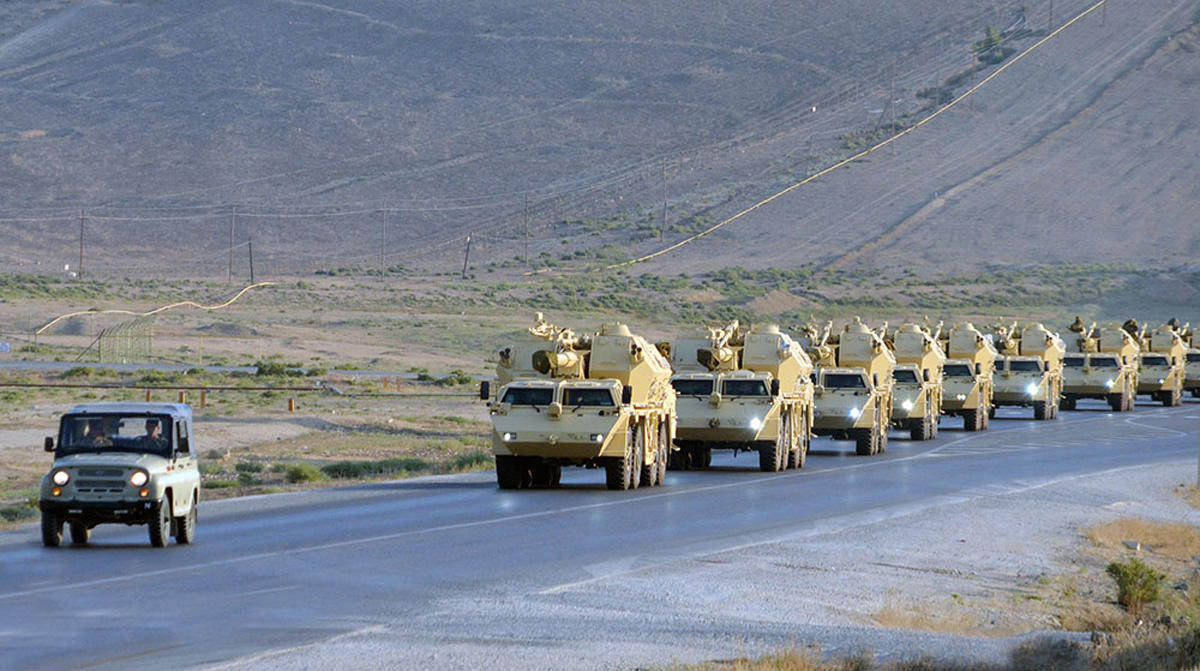 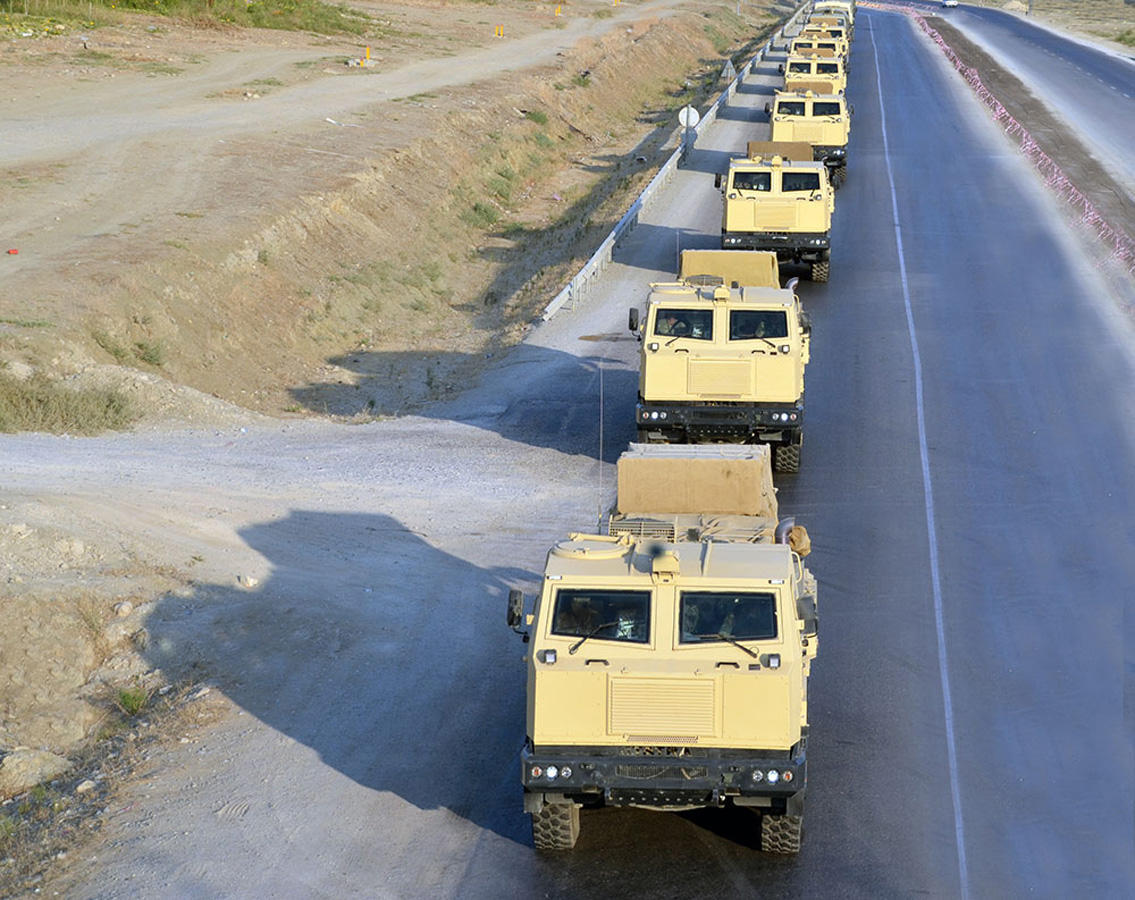 Parade of the National Army of Azerbaijan in the Nakhichevan

Active phase of large-scale exercises of the Azerbaijani army 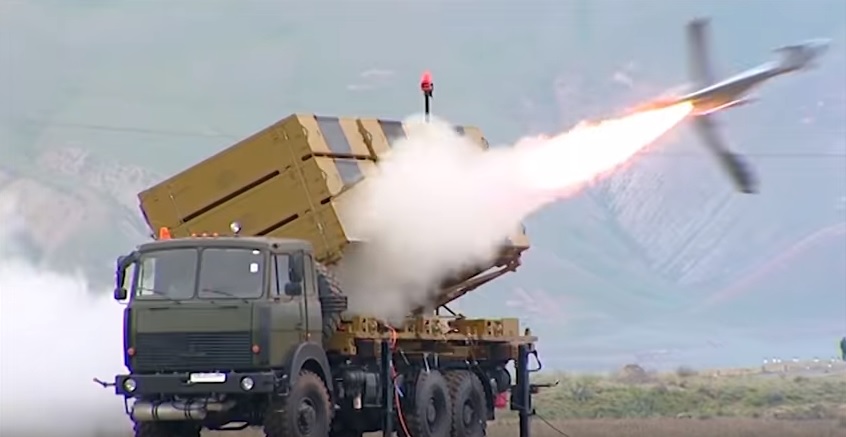 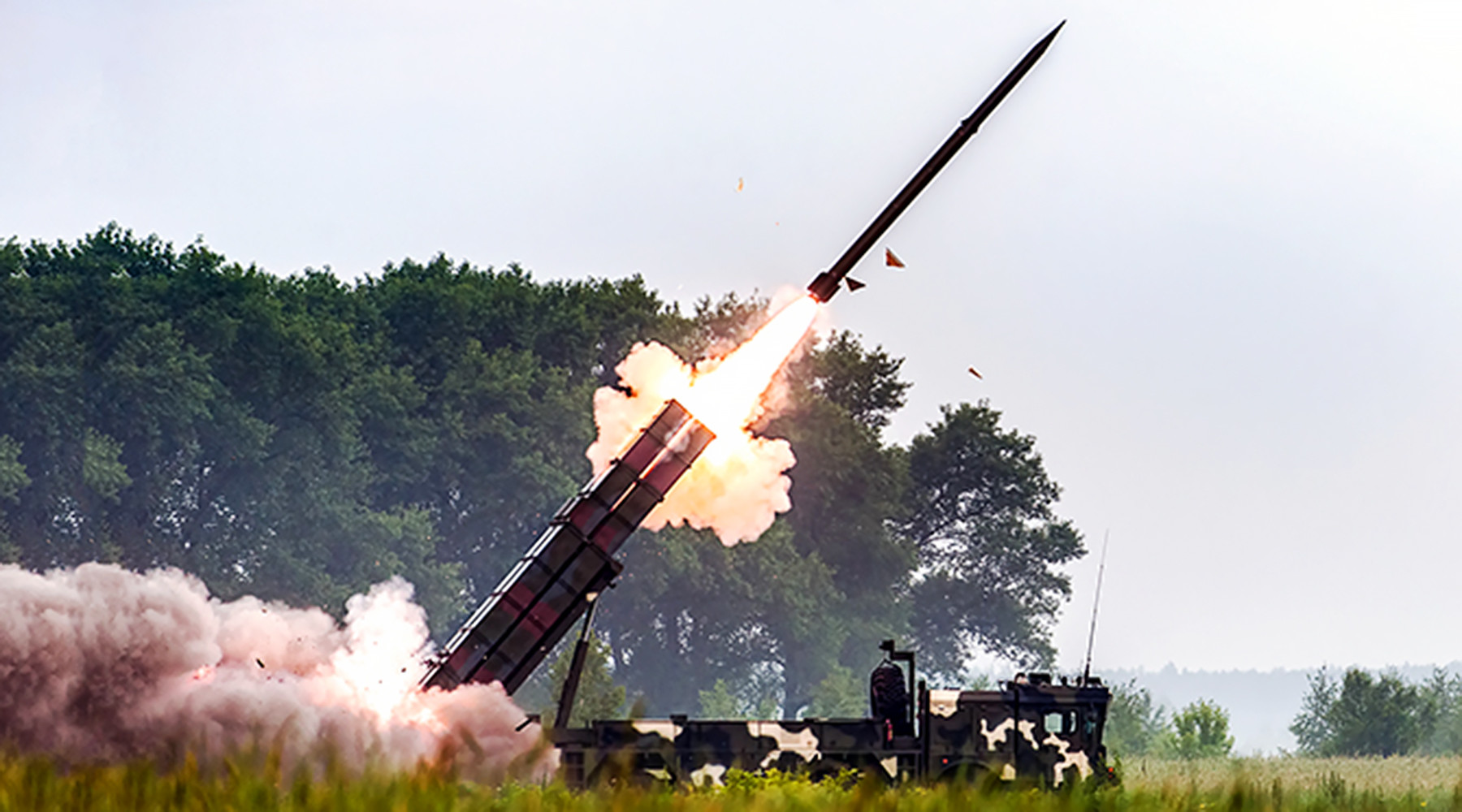