If the collective Western warmonger retards want to hyperventilate about "Russian agression" or "invasion of (the) Ukraine" then lets give these fukstiks something to worry about.  The only thing that gives these evil reptiles in US/EU/NATO a reason for pause is the concern that going too far might result in sudden arrival of 600 kT buckets of artificial sunshine delivered straight to their doors. Uber Eats has nothing on this weeks specials from Russias Strategic Rocket Forces.  Order a Yars , get a Bulava for free. 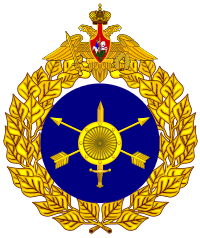 In 2022, the share of modern weapons of the Strategic Missile Forces is planned to be increased to 86%

In particular, the rearmament to the Avangard complexes continues, said the commander of the Strategic Missile Forces, Colonel-General Sergei Karakaev.

"We continue to re-equip with Avangard complexes. Sarmat - we are approaching putting the first regiment on combat duty in the Uzhur formation this year. Further, their number will only increase. The level of modern armament today of the Strategic Rocket Forces according to last year - 83%, the task is to increase by the end of this year, taking into account the putting on combat duty of the complexes, up to 86%," Karakaev said.

As reported by the Russian Defense Ministry in early 2020, the Strategic Missile Forces will completely switch to modern missile systems by 2024. On December 21, 2021, at an expanded meeting of the board of the military department, Russian Defense Minister Sergei Shoigu announced that more than 20 launchers with Yars, Avangard and Sarmat intercontinental ballistic missiles will be delivered in 2022.