Not really a question anyone could actually answer.

Depends on the target and the torpedo and the guidance lock and a hundred other aspects like depth etc.

Soviet subs had a lot of reserve bouyancy and were fully compartmentalised like western subs... but they also had double hull designs which would maximise their ability to survive.


Think of it like a seat belt... I can't say a seat belt will keep you safe in a crash, but that is no reason to not wear one.
Diego-9

I think it depends of gross of ice and the type of SLBM.

Please, answer you in: Spanish, French or English language.
I can writte in Russian language but very slow, letter to letter.
TR1

I am not aware of any testing to break the ice with the missile itself- submarines on the other hand can break ice of relative thin thickness.

If any SSBN were to launch an SLBM submerged under anything but the thinnest of ice the missile would smash against the ice and be damaged or destroyed. Rocket fuel and oxidiser (liquid or solid propellent rockets) would blaze away for half an hour or so... the warheads would not be armed so no nuke explosion.

All other SSBNs are not designed to surface in the Arctic through ice to launch their missiles and would likely never take such a risk.

All SLBMs are paper thin and would shatter or break at the slightest resistance at the waters surface... even minor damage to the nosecone of a missile will lead to instability as it accelerates up leading to the nose cone being "blown off" with a likely catastrophic failure of the missile in flight.
Flyingdutchman

What about the borei class?
GarryB

Borei class don't have the superstructure strength of the Akula (Typhoon) class and also don't have the very high freeboard and are not designed to surface through ice to launch their missiles.

Their missiles are the Bulava SLBM which are solid fuelled missiles that would be seriously damaged if launched through ice and even if they made it through would not likely retain their structural integrity... ie they would fly off in a funny direction and likely explode.

The very specific shape of the akulas tower structure was designed to penetrate several metres of ice for the purpose of launching SLBMs.
Naval Fan

What is the estimated range for the Zircon missiles?

I was reading a thread, and saw that the Russian navy were creating a missile which had a speed of roughly Mach 8. Does anyone have any guesses on the range?
GarryB

It is hard to be sure, but we know some range figures for the missiles that have come before it.

The missile known in the west as Sunburn, or SS-N-22 which is carried on the Sovremmeny class destroyers and some light missile boats has a range of 120km and flies supersonically (1.8 or so at low level and mach 2.2 at medium altitudes) at a height of less than 7m. The highest altitude it attains is 300m to spot its target and then it drops down and attacks from below 7m.

Later versions were adapted so they flew at higher altitude for the first part of their flight and then dropped down low when they reached the radar horizon to the target, which extended its flight range to about 250km because jet engines are vastly more efficient in the thinner colder air at altitude, plus the fact that it is a rocket ramjet design the solid rocket fuel burns at a set rate for a fixed period of time... at very low altitude it would accelerate the missile to a max speed and then hold it at that speed until it burned out. By climbing however you more efficiently use the high thrust to climb to thinner colder air... the extra energy used in the climb can be recovered in the eventual descent, but the more efficient flight at altitude means moving faster for the same throttle setting which means a lower throttle setting can be used for the same speed or higher speed can be achieved.

Now the replacement for Granit and Sunburn (3M80) is Onyx, which has been revealed to have a 500km range at altitude and 250km range at low altitude and a speed in the mach 1.8 at low level and 2.5 at medium altitudes.

The Zircon uses a scramjet, which means the air intake does not need to slow the air flowing through the engine to subsonic speed for combustion.

To achieve mach 7-8 it will have to fly high but at that sort of speed it is relatively safe as long as it can manouver. The speed doesn't come at the cost of fuel... we are not talking about just dumping lots of fuel into an AB to get the extra speed, this is a much higher thrust engine that retains thrust at very high speed, so flight range should be vastly increased as well as speed.

I would expect a flight range from at least 500km to maybe 700km but only at high altitude.
Anas Ali

Radars of the missile Boat P-32

i need to know the name of the Radars

Is it necessary to design bigger ships if it is powered by a nuclear reactor?

For example will the Lidar class destroyer be larger than the existing destroyers in the Russian Navy because the Lidar will be powered by a nuclear reactor?

jhelb wrote:Is it necessary to design bigger ships if it is powered by a nuclear reactor?

For example will the Lidar class destroyer be larger than the existing destroyers in the Russian Navy because the Lidar will be powered by a nuclear reactor?

Thanks Stealthflanker. So basically the only advantage of a nuclear reactor in a destroyer or aircraft carrier is that it helps to cut down on the number of supply ships. Have I got that right?
artjomh

jhelb wrote:Is it necessary to design bigger ships if it is powered by a nuclear reactor?

Americans did a cost study of nuclear propulsion and concluded that a small surface ship with a nuclear propulsion would only break even (compared to an diesel/gas-powered ships) if oil prices over the lifetime of the ship (30-40 years) average above $210 per barrel, given high operational tempo.

Comparatively, a medium-sized surface combatant would require oil to be above $70 per barrel for nuclear propulsion to be cheaper than oil-based propulsion over the lifetime of the ship.

Additionally, the cost premium of a nuclear power plant was assessed to be ~80% for a small ship, but only ~22% for a medium-size ship (at $600-700 million additional cost)

hi, could anyone help identify this ship? 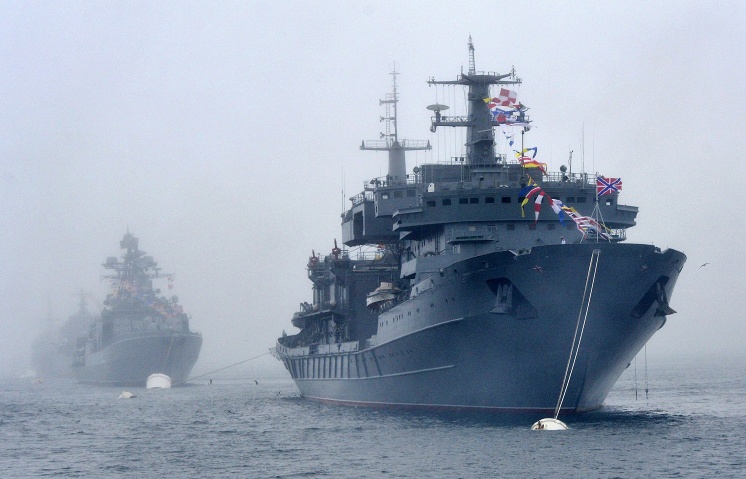 slasher wrote:hi, could anyone help identify this ship?

Is it possible to calculate the Velocity (not acceleration) of the missiles fired by the S-300F? Or for that matter the Velocity of any SAM missile? Thanks.
artjomh

jhelb wrote:Is it possible to calculate the Velocity (not acceleration) of the missiles fired by the S-300F? Or for that matter the Velocity of any SAM missile? Thanks.

slasher wrote:hi, could anyone help identify this ship?

Yes, this has been true since the early 60's. Thats why Nuclear Attack Subs operate as long range ASW screen for Carrier Forces. This has helped a lot in preventing enemy subs from approaching. But, only to a limited degree. Ocean water is much more than it seems. temperature differences abound with depth and currents. Sound in water is reflected or deflected by temp erature gradiants.

Long and short in, a Sub measures these temperature differences constantly, and can hide with ease in and under layers. Fresher and saltier water also creates reflection or defelction layers. again, the Sub records these constantly. Leaving plenty of hiding places.

This all makes a Sub able to evade other subs and approach the surface task forces. Exercises repeatedly prove this. And when US Subs exercise, they attempt to mimic what we know about Chinese or Russian capabilites. Their sub does not assume American capabilites and use them to the full, they try to mimic the supposed enemy.

But is it true that with Russian submarines this often can't be done, due to the large operational technical differences ??

It is an axiom in the Submarine fleet and in the Anti Submarine Warfare schools that Subs sink Carriers. Thats just how it is .
chinggis

Anyone know maybe, why SU or Russia do not have on ships deck anti skid surface? What we are see on NATO or US ships.
GarryB

Anyone know maybe, why SU or Russia do not have on ships deck anti skid surface? What we are see on NATO or US ships.

AFAIK all the Kiev class vessels had a heat resistant surface to prevent damage from downward vectored jet engines... AFAIK it was also anti skid.

Regarding the Kuznetsov AFAIK it also has a heat resistant surface.

Their subs all have noise reducing rubber tiles on their exterior... I don't see why they (and the heat resistant tiles) couldn't also have anti skid properties as well.

Of course when covered in 50cm of ice there is no such think as an anti skid surface...
KiloGolf

Why has this class been abandoned by the Russian Navy. I know the 90s and early 00s left all three unused, but surely the remaining to can be brought back to service. It's such a waste to not use something you have. Especially M Moskalenko is quite new, built just in 1990. 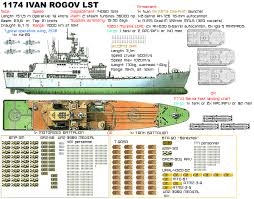 PS. Syrian express can surely use one of them, if not both.
marat

Russia will have no big LS at least in next 6 years and i would be great to see Rogov on sea again. but i nevere heard that they planed to do so...
Sponsored content