A sequence of frames from the high speed camera tracking one of the intercepts, showing the Stunner intercepting a missile target. Photo: IMOD

max steel wrote:Arrow 3 can reach an altitude of just north of 100 km. An ICBM reaches a height of 1200 km on average. Do you see the problem ?

The video shows Iran launching missiles at Israel.   Mid-course interception for these regional missile exchanges is much lower altitude than for inter-continental.
But the concept is the same.   The warheads travel the slowest that the apogee of their trajectory but that is not the only stage at which they can be
targeted for interception.   There is also the cost of intercepting in terms of horizontal distance.    Exo-atmospheric interception can be staged in the final
third of the ICBM warhead trajectory when it is much lower than 1200 km (less than 500 km) and much nearer to the target and the ABM system.

The Arrow missile system is like SM-3 and only good at intercepting medium range ballistic missiles. ICBMs are a whole different animal. The Arrow isn't big enough (it does not have the fuel) to reach the altitude of an ICBM, and it also can't reach the speed of an ICBM. Arrow can only provide terminal phase intercept which means it is basically useless against a staggered ICBM attack.

Plus, terminal intercept is only useful to cover a small surface area. The larger surface area of the US means, that the US would need ten thousand plus Arrow missile batteries to attempt to cover its territory. Plus, simple tactics by the attacking country would render the entire system useless. Detonate one large warhead at altitude over the US and you blind all ground based radars for up to a few hours. So when the follow on main strike arrives 15 minutes later, then I hope you are right with God because you are about to meet Him.

As to altitude, an ICBM will just fly over an Arrow interceptor until it is in the terminal phase over its target. This is also the time when the ICBM is traveling at its fastest speed.

Take Israel for example, a single warhead ICBM could detonate at an altitude of 200 km over Israel and trigger an EMP that will blind the great pine and super great pine radars that Israel uses to guide the Arrow missile system. Then the main wave arrives a few minutes later and Israeli defenders only get to track the ICBMs once they re-enter the atmosphere over Israeli cities. The ICBM warheads will reach airburst height before the Arrow interceptors will be able to intercept them.

Btw are there any Russian ABM system that can intercept MARV warheads ? Currently China employs even India or maybe Israel who knows. Russia will be going for MARV Bulava SLBM later too.
George1

In Israel, the missile defense complex Kelah Da'vid was officially put into operation

On April 2, 2017, the Israeli airbase of Hazor hosted the official ceremony of bringing the Kelah Da'vid (David's Sling) complex to the armament of the Israel Defense Forces (IDF) for operational-tactical missile defense. The ceremony was attended by Israeli Prime Minister Benjamin Netanyahu, Israeli Defense Minister Avigdor Lieberman and the highest military command of the IDF.

The Kelah Da'vid system (David's Sling) has been developed since 2006 jointly by the Israeli association Rafael and the American corporation Raytheon with funds primarily from US funding. The system must ensure the protection of the territory of Israel from enemy missiles (MLRS and tactical missiles) with a range of 40 to 300 km, thus becoming an intermediate link between the Israeli missile defense system Kippat Barzel (Iron Dome, intercepting missiles with a range from 4 to 70 km) and the ABM system of the country Hetz (Arrow).

The Kelah Da'vid (David's Sling) system uses the high-energy two-stage Stunner missiles developed from the vertical launcher developed with Raytheon's lead role, having a range of up to 75 km, a strike height of up to 50 km and reaching a speed of supposedly up to 7.5M. The missile is equipped with a two-channel optoelectronic and infrared type IIR homing head and a radio correction system. The complex also includes an electronic-optical target tracking system, a mobile IAI radar ELTA ELM-2084 with AFAR and the Elisra Golden Almond control center.

The first test of the Stunner missile in the Kelah Da'vid complex (David's Sling) was made in Israel on November 25, 2012. The first serial battery of the Kelah Da'vid complex (David's Sling) was started by the IDF supply in February 2016. In July 2016, the IDF formed the first division of this system. To date, two operational batteries have been deployed in Israel. The total number of complexes planned for deployment is not reported.

The work on the system of anti-missile defense "Hetz-4"

Since the beginning of this year there have been several important news related to the "Hets" ABM system: 18.01.17 "Hetz-3" officially adopted, 17.03.17 the first combat application of "Hetz-2" took place, and on 26.06.17 the developers "Hec-3 "were awarded the Israel Security Prize.

03.08.17 on the Defense News site the following news was published: The Directorate of Research and Development of the Ministry of Defense of Israel (IAFAT) and the enterprises of the military industry, primarily the "Israeli Aviation Industry", began work on a new generation of the system - "Hez-4" (Arrow-4 ). The new development is designed to respond to the ongoing development of the Iranian missile program and potential threats such as massive missile salvoes, the use of multiple-missile (MRV) Multiple Reentry Vehicle (MIRVs) and a divisional head unit with MIRV (Multiple Independently Targetable Reentry Vehicle) . While the development is at the earliest stage: the study of promising technologies that will be used in the new system, the development of requirements for the system, etc. And we are not talking about the creation of only a new interceptor missile, but also about other elements of the system. Thus, perhaps it will be a completely new system and the use of the name "Hetz-4" will not be appropriate.

First combat application by IDF of the "David's Sling"

On the morning of 23.07.18 four times (10:04, 10:09, 10:21, 10:22) the sirens of air alarm sounded in the settlements of the Upper Galilee and the Golan Heights, including the cities of Safed and Katsrin. There were reports of the launch of two Patriot missiles and the interception of another Syrian UAV. However, already at 10:38 the press office of the IDF published what really happened.


The IDF's air defense system recorded rocket launches in southern Syria. The missiles were launched within the Syrian Civil War, with the PU in Syria and by targets in Syria, but the two missiles were identified as dangerous, i.e. the point of their fall was to be the Israeli territory. According to the rockets, two missiles were intercepted by the missile defense system "David's Sling". While there is no accurate data on the result of the interception, in any case, the fragments of all missiles fell on the Syrian territory. The Air Force of Israel was also raised in the air.

"Following the launch, the Arrow's radar spotted the target on its radar array and transferred the data to its fire management centre, which analyzed it and fully planned the interception. Once the planning was completed, an Arrow 3 interceptor was fired at the target, which completed its mission with complete success," the ministry said in a statement as quoted by The Times of Israel. 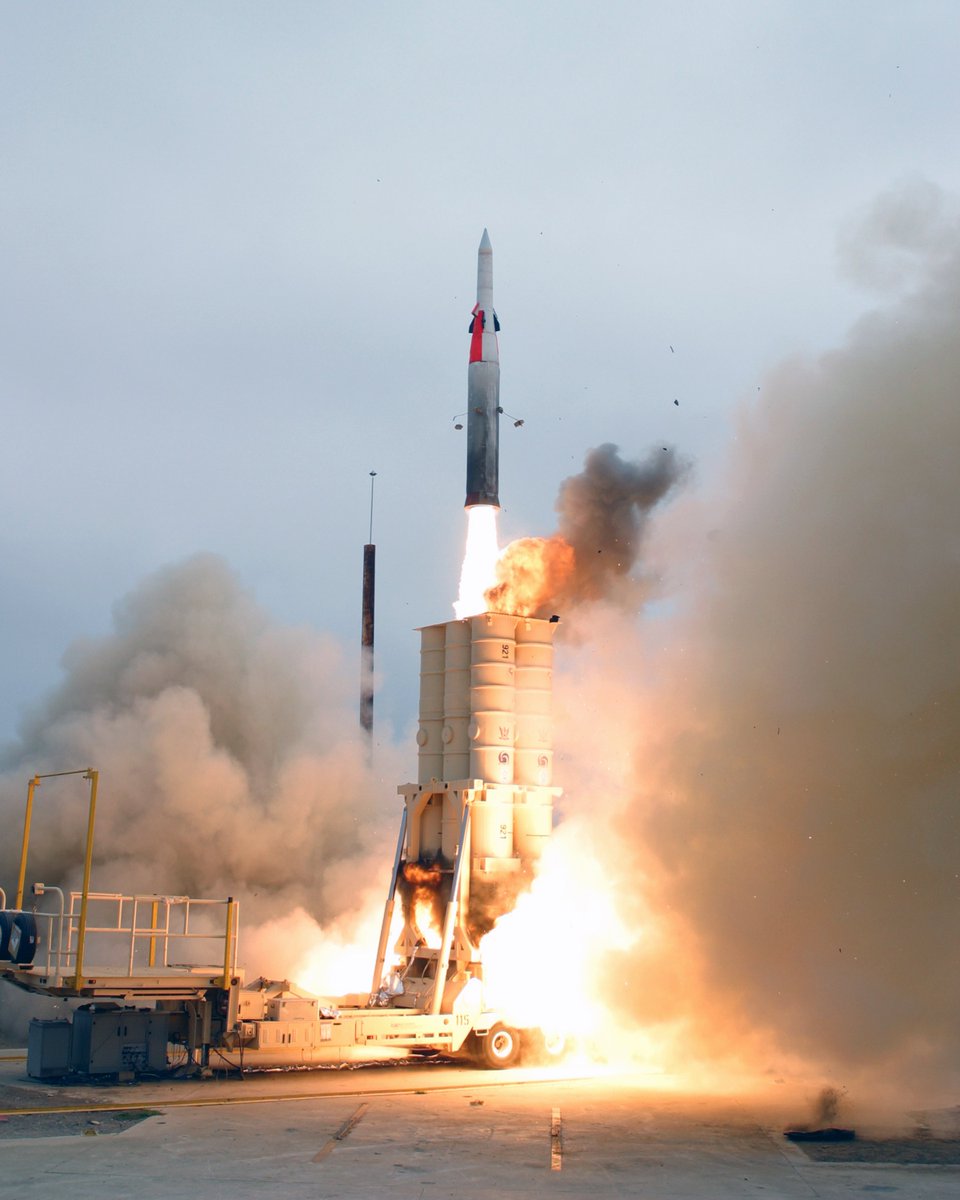 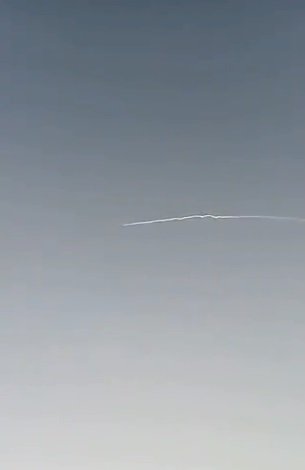 At the [53rd] Le Bourget International Air Show (17-20.06.19), the Israeli company Raphael, among other things, demonstrated the I-Dome SAM system, a mobile version of the Iron Dome missile defense system (LCD, Iron Dome, Kipat Barzel "). The system is designed to accompany the advancing NE parts for their direct cover from various air threats. If necessary, like the Iron Dome, I-Dome can protect stationary objects (military bases, industrial and administrative centers).

All elements of the system are mounted on one truck (6x6, on models and virtualization used by MAN): PU for 10 missiles (as opposed to conventional PU LCD for 20 missiles), command and control system (BMC - Battle Management & Control), radar. As on the LCD, radar is used with an active phased antenna array (AFAR), but with 4 panels for all-round visibility. The radar resembles a sea EL/M-2248 MF-STAR, but much more compact. The range of the radar apparently smaller than the original radar complex LCD (EL/M-2084 MMR).

Shooting is performed from the scene, the time of transfer from the marching position to the combat position is very short (several minutes). I-Dome is weatherproof, can simultaneously track and hit a large number of targets, can work independently or be integrated into a larger air defense system that combines different types of anti-aircraft weapons.

Despite the fact that I-Dome is still presented in the form of a concept (that is, it does not exist “in hardware” - only model and virtualization), it should be remembered that it is based on sophisticated LCD technologies (Tamir interceptor control elements of PU, radar technology company ELTA). Those. technologies that account for more than 2,000 operational interceptions of missiles and mines with a probability of hitting more than 90%. As for the VSHORAD capabilities, they have been practiced for a long time as part of the modernization of conventional LCD. 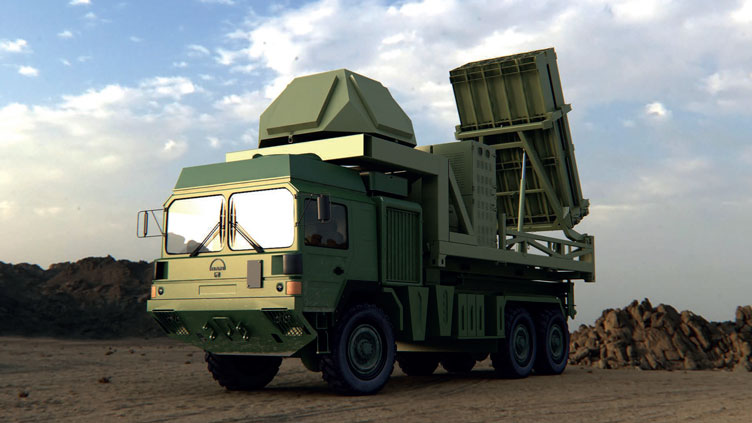 Israel has tested a laser defense system; Do you guys think it will be capable?

Lots of countries have been testing laser based air defence systems for a very long time... some are even deployed on battlefields...

They appear to be the best potential solution to tiny drones which are not really cost effective to launch missiles at at the moment... combinations of jammers and airburst cannon shells and smaller lighter cheaper missiles as well as lasers seems to be what the Russians are doing... plus of course anti drone drones...

I doubt any one solution will be effective against everything so combinations of solutions will likely be applied by most countries.
Sponsored content