How was this figured out exactly?
GarryB

I have seen estimates of 500km and 700km for Onyx from sources I thought at the time (and since) were credible.
CaptainPakistan

Its a pity the Sierra was so expensive. It is a better platform than the Akula.
TR1

Pretty interesting, not too often you see the "Condor" class in dock: 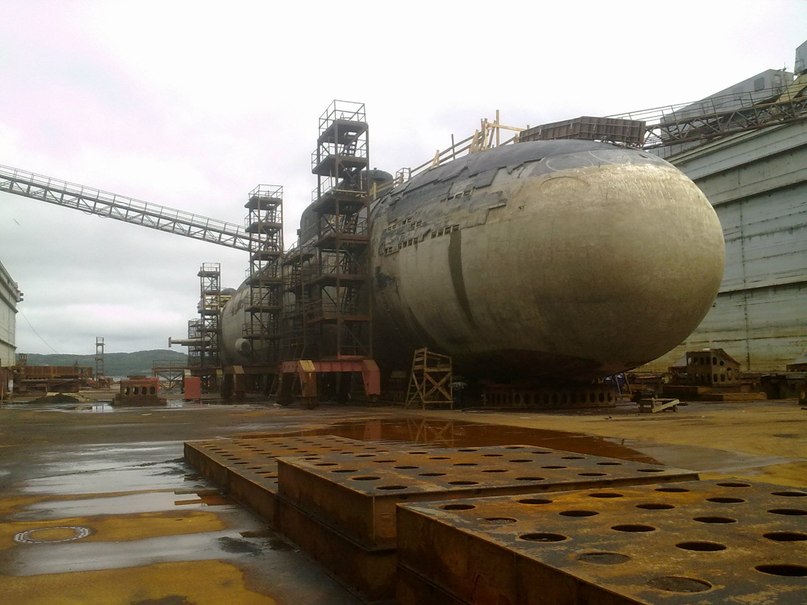 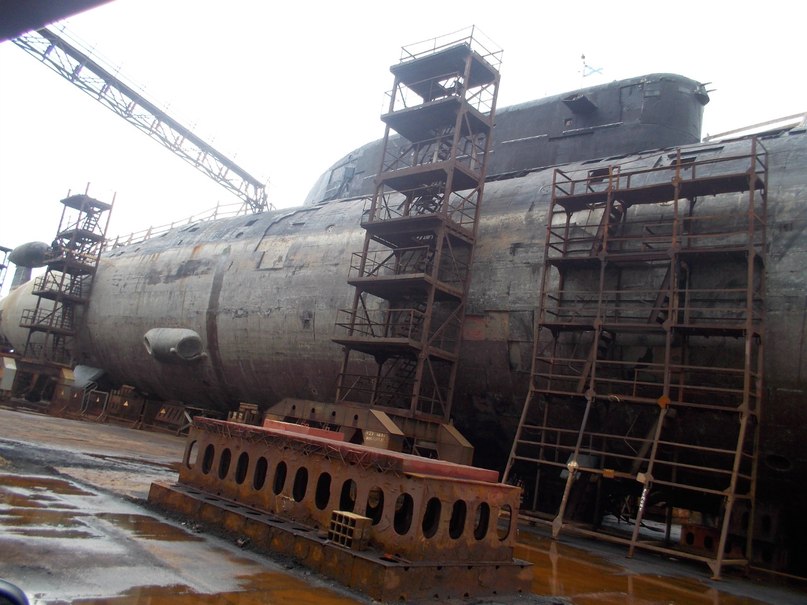 The boat is Nizhny Novgorod, date is 2013, dry-dock is the ever ubiquitous PD-50.
George1

TR1 wrote:Pretty interesting, not too often you see the "Condor" class in dock:

The boat is Nizhny Novgorod, date is 2013, dry-dock is the ever ubiquitous PD-50.

so these subs are being repaired??
TR1

Others, like Karp @ Svezdochka, are being repaired and modernized after sitting around for a long time waiting funds.
TR1

Recent photo of Karp @ Zvedochka.
According to them, hull is in "excellent shape".
TR1

"A contract was signed with the Defense Ministry to extensively refit two Project 945 [NATO reporting name Sierra]. One of the submarines has remained at the shipyard for over 10 years, the other will arrive this year," spokesman Yevgeny Gladyshev said.

The refit will extend the submarines' service for about 10 years.

The shipyard's workers are currently removing nuclear fuel from the reactor of the first submarine, the Karp, laid down in 1987. The submarine's refit is expected to be completed in 2017.

The Russian navy announced in early April that it expected to receive over ten modernized nuclear submarines by 2020.
George1

APL "Pskov" will give the fleet in late October
George1

APL "Pskov" will give the fleet in late October

"Zvedochka" shipyard stopped repair work on the submarine B-239 "Carp". Perhaps because of funding cuts
TR1

Very sad if true. Thanks Kreml.

Modernization of titanium submarine "Carp" goes according to plan
George1

If the plan is currently to have no work, then yes, they are definitely going along with the MODs plan.

Zvezodchka in their statement explicitly avoided saying anything but "we are doing what MOD asks/pays for".
rambo54

seems that Pskov is still at Nerpa and Nishni Novgorad is at Pala Guba (repairs?)....
moreover K-335 seems to be at Nerpa too 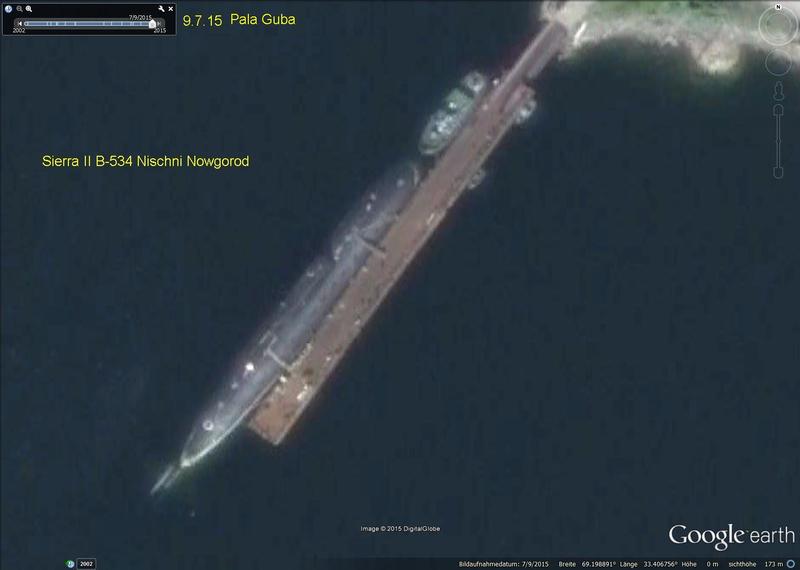 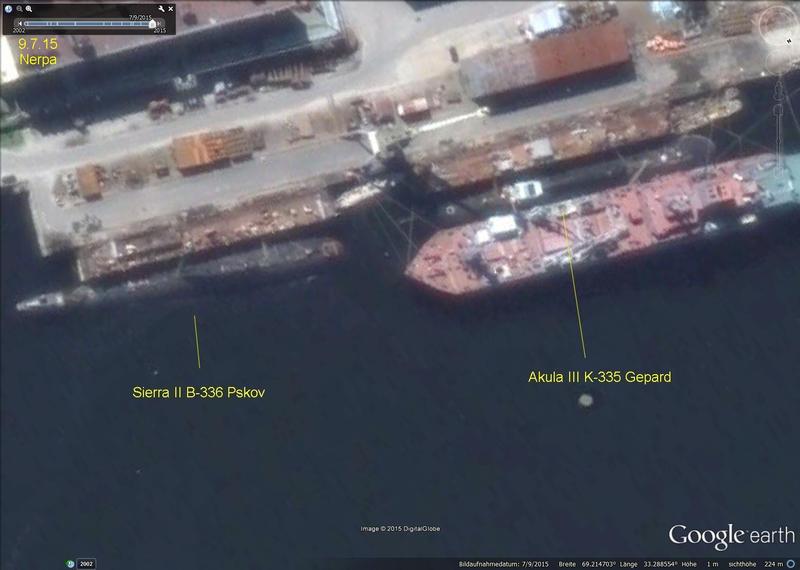 Russian nuclear-powered attack submarine Pskov was refurbished to continue operations in the Arctic.

“Reparation work on the technical readiness of the multi-role submarine, the Pskov,…has been completed…and [it] has returned to the Northern Fleet’s submarine forces. Today, the ship left the waters of the factory and headed on a course to its main base,” Capt. 2nd Class Andrei Luzik said.

The submarine was refurbished in order to continue its further operations in the Arctic.

Resumption of construction of titanium submarines in Russia is not planned due to high cost, however, all four boats Project 945 will be upgraded, told RIA Novosti on Friday, a senior official of the Navy.

seems that Karp is being scrapped

Scrapped? Because the reactor compartment appears to have been opened? Alternatively this could reactor de-fuelling required before entry into dry-dock for deep modernisation.
Singular_trafo

No one cares this much with an equipment that supposed to scrapped.

Yes. Its the reactor/area that is being worked upon. Not sure whats going on - an upgradation or removal for scrapping. But the two 945 boats (Karp & Kostroma) were up for an upgradation programme (2015-2017/3 years) and enter active serivce.
George1