ZHUKOVSKY, RUSSIA (Sputnik) - Stop using dollars in transactions and apply an individual approach to each client, these are the main Russian countermeasures against Western sanctions, said Dmitri Shugaev, director of the Federal Military Technical Cooperation Service.

"Russian countermeasures against sanctions consist of applying an individual approach to each client, offering attractive conditions when signing contracts, correcting the form of payments and proposing more flexible schemes for them, giving up the dollar and using other currencies, including domestic ones," he said at the MAKS 2021 Aerospace Show.

Shugaev stressed that, unlike Western countries, Russia does not place "political" conditions on its partners for military and technical cooperation.

"Russia is a reliable partner that offers quality technology for a real price," he stressed.

He added that this is why "in the international arms market there is a stable demand for Russian products for military use."

In recent years Russia, which remains second in arms exports after the US, exports arms for an annual average of about $ 15 billion and has an order book of $ 50 billion.

At the same time, US volumes are considerably higher, for example, in 2020 Washington's arms exports amounted to $ 175 billion. 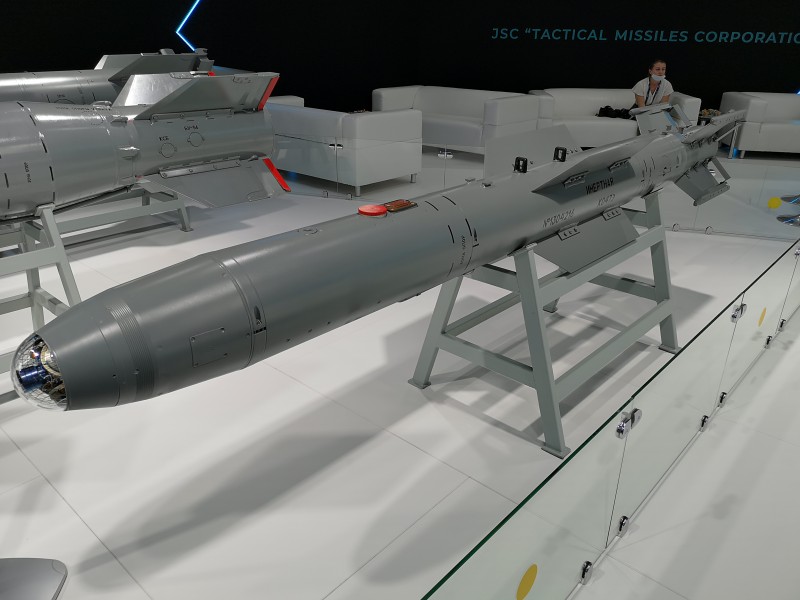 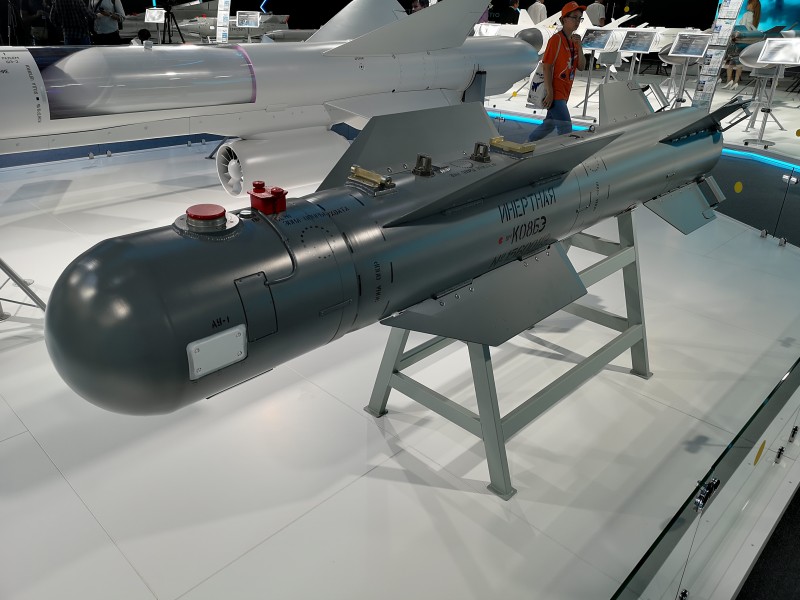 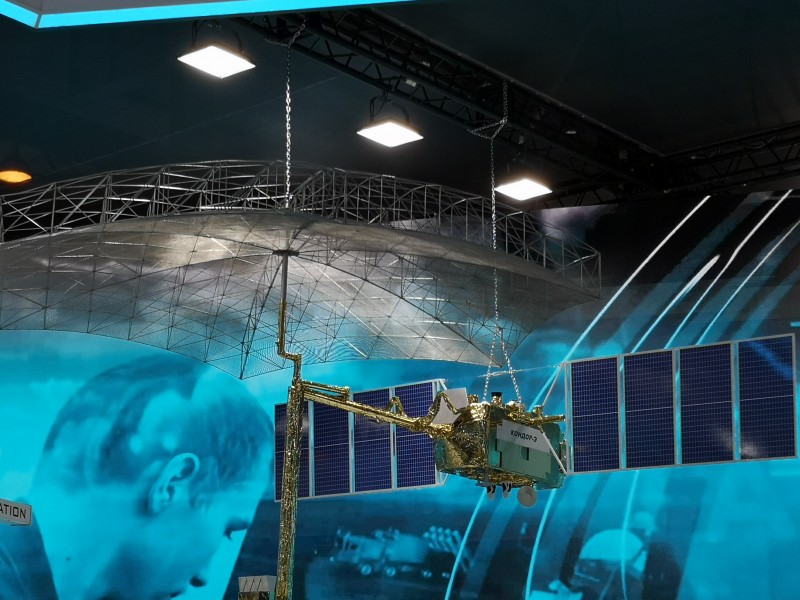 "The ZALA VTOL combines the properties of an airplane type drone and a tilt-rotor aircraft. The flight configuration changes depending on the assigned mission. The electric propulsion system enables the aircraft to be in the air for up to 4 hours, providing a range of up to 200 km in aircraft configuration," the company said.

The built-in on-board computer ZX1 based on artificial intelligence makes it possible to process Full HD format data and transmit HD videos and photos over encrypted communication links to a ground control station. "This enables the operator to receive monitoring data even before drone landing," Zala Aero said.

The core function of ZALA VTOL is monitoring and aerial photography of any hard-to-reach place or area facilities. "It can be used to monitor industrial infrastructure, create photographic maps of an area and support the security of ground facilities. The UAV is already in service in Latin American states," the company said.

The MAKS 2021 air show is being held from July 20 to 25 in Zhukovsky, a suburban town in the Moscow Region.

Rosoboronexport made the most of the potential of MAKS-2021, signing 13 export contracts on the sidelines of the showroom for the supply of Russian military products worth more than 1 billion euros. The company's order book and production plans of enterprises of the Russian military-industrial complex following the results of MAKS-2021 included Su-30SME aircraft, Mi-35M and Mi-17V5 helicopters, Protivnik-GE radar, Verba MANPADS, as well as modern aircraft defeat, a number of samples of armored vehicles and automobiles, "- TASS reports Mikheev's words.

The head of Rosoboronexport added that within the framework of negotiations on the sidelines of the salon, the company discussed with customers from the Asia-Pacific region, the Middle East, Africa and the CIS issues of industrial partnership in the field of joint and licensed production of Russian military aircraft and helicopters, as well as the modernization of the previously supplied aviation technology.

As Mikheev noted, Rosoboronexport's partners were interested in the newest light tactical aircraft Checkmate, first presented by Rostec at MAKS-2021. “A number of customers were shown it live and even given the opportunity to sit in the cockpit. They highly appreciated its characteristics, ”summed up the head of Rosoboronexport. 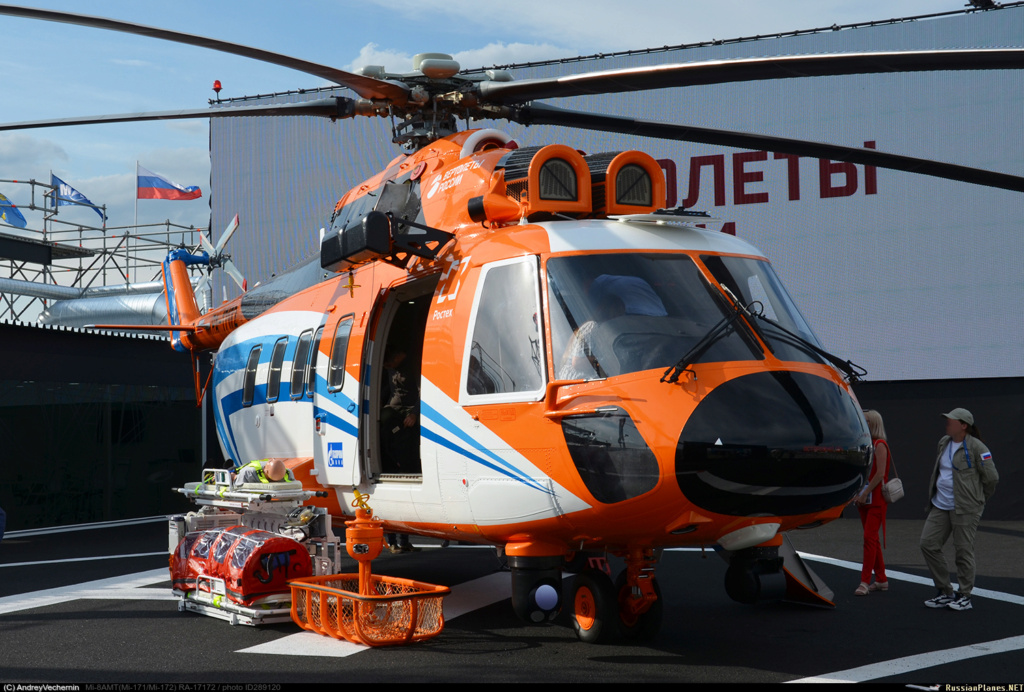 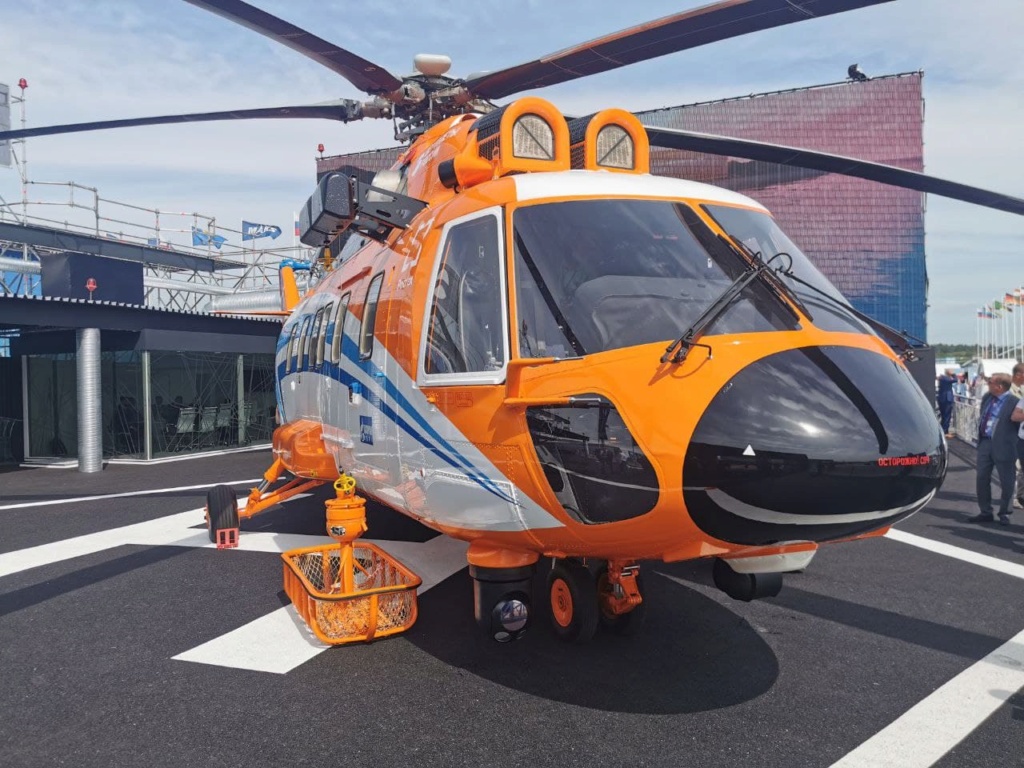 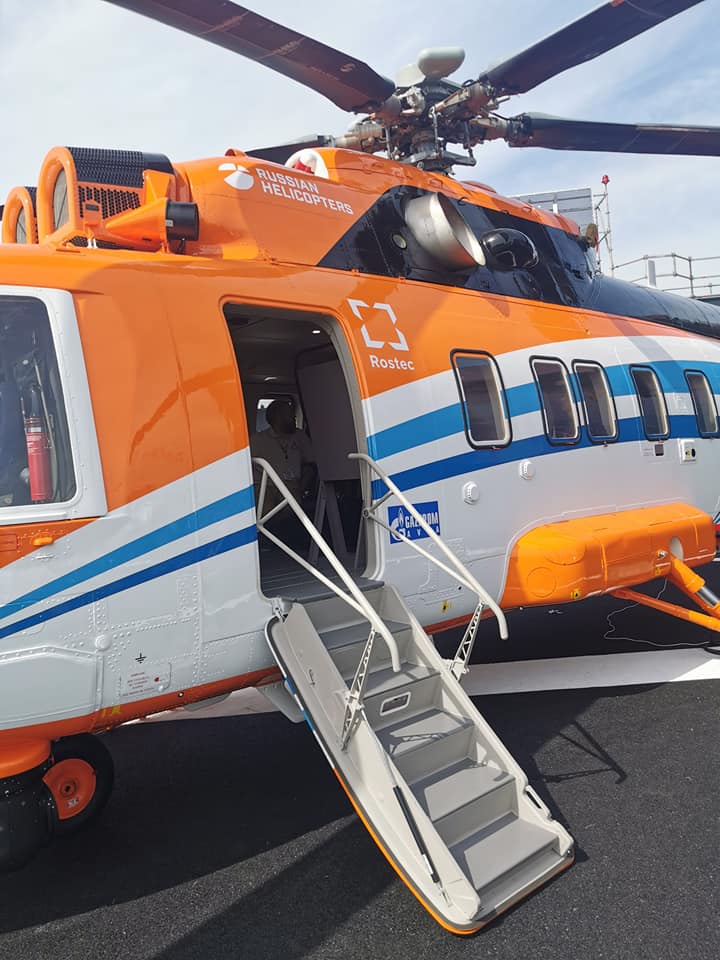 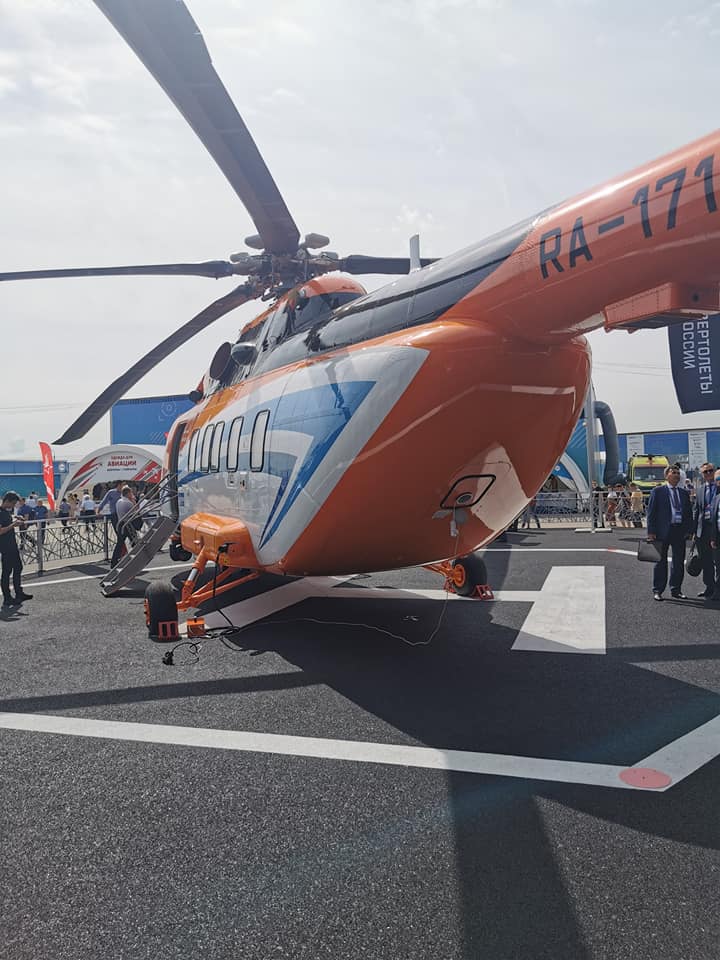 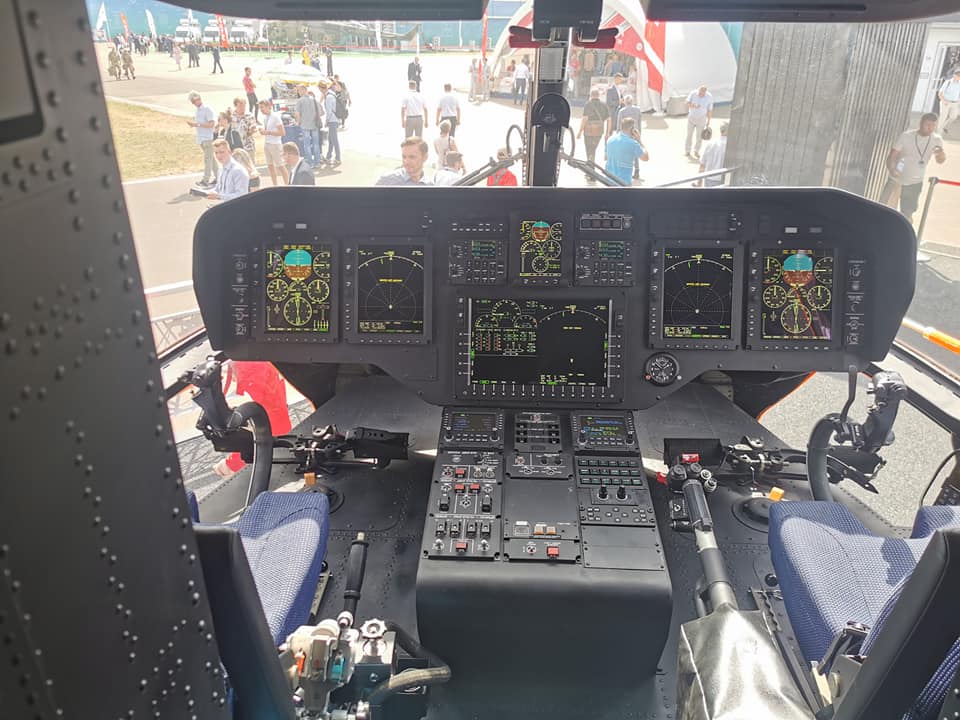 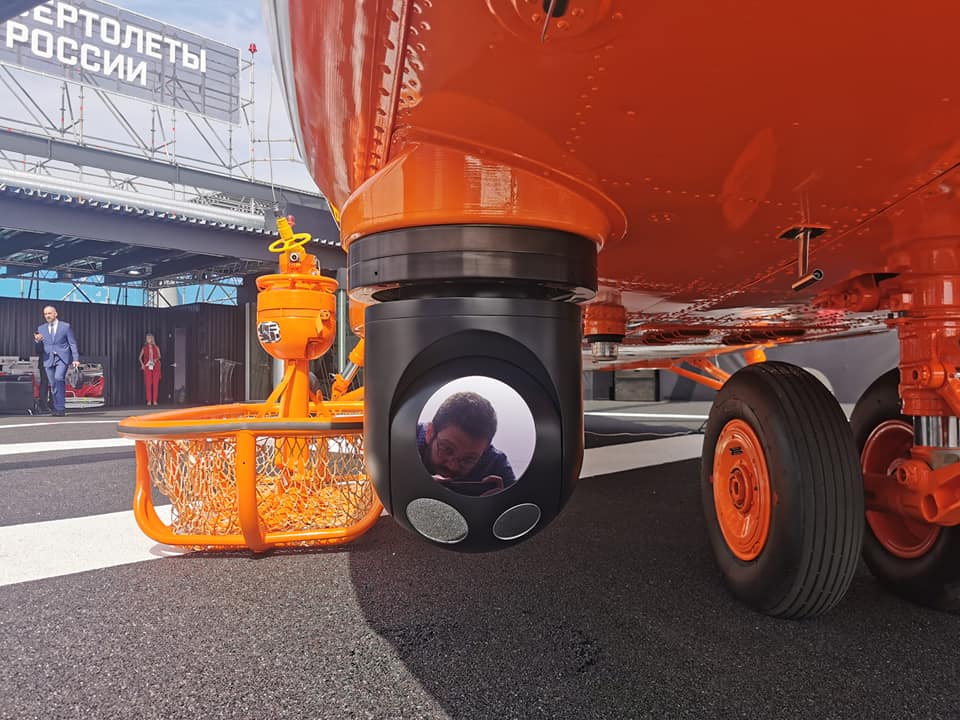 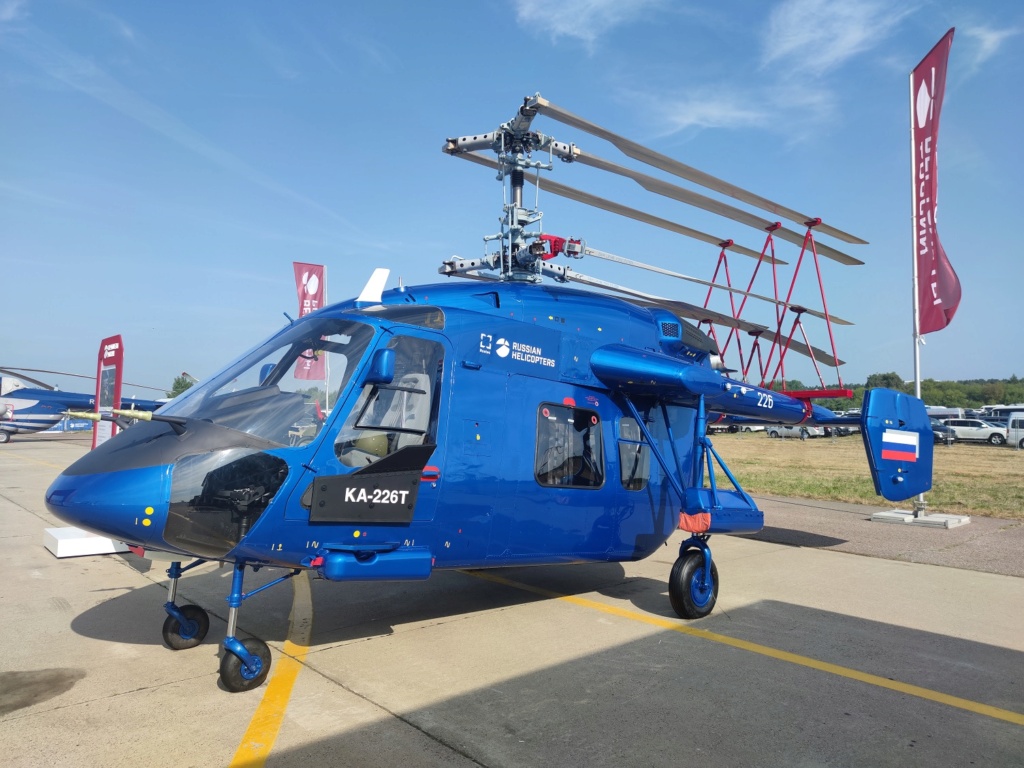 A prototype helicopter was presented at the air show, which will begin a series of test flights in the fall. One of the key features of the upgraded Ka-226T helicopter is its ideal adaptability for high altitude flights; the modernization project received the working title "Alpinist". The machine has a coaxial rotor design, which provides good controllability at the most extreme altitudes in low air conditions, resistance to strong crosswinds, high climb rate, the ability to take off and land on sites located at high altitudes. Also, the Ka-226T helicopter is highly effective when flying over water surfaces. It can take off and land on the deck of even small sea vessels.

The machine is distinguished by a low vibration level, ease and simplicity of control, the ability to take off and land on sites of minimal dimensions (including in urban infrastructure), high hovering accuracy even when working with a load on an external sling, safety of passengers landing when the propellers are working.

The upgraded Ka-226T differs significantly from the previous models of the Ka-226 family. The helicopter has a new airframe design with significantly improved aerodynamics. The fuselage is made using modern lightweight materials, the control system and the electric system of the helicopter have been modernized, a shock-resistant accident-resistant fuel system has been installed that meets increased safety requirements. At the same time, the volume of fuel tanks was increased with the provision of centralized refueling. The helicopter is also equipped with a new complex of flight-navigation and radio communication equipment.

Compared to previous models, the updated Ka-226T will have improved flight performance. In particular, the flight speed will be increased, the weight of the empty helicopter will be reduced, the range of use will be increased, the vehicle will be able to be used at altitudes up to 6500 meters. The helicopter can optionally be equipped with oxygen equipment, ballonets, air conditioning and heating systems, certification for passenger transportation is planned.

Serial production of the Ka-226T Climber helicopter is planned to begin in 2022 at the Ulan-Ude Aviation Plant in close cooperation with the Kumertau Aviation Production Enterprise.


On the side of bmpd, we indicatethat, as can be understood, the modernized Ka-226T "Climber" (Сlimber), performance 226.54, is actually a modified Ka-226T according to the requirements of the Indian side within the framework of the planned agreement on the supply of these helicopters to India and on the organization of joint production in India.

Work on the ROC "Modernization of the Ka-226T helicopter" at JSC Kamov (now JSC National Helicopter Engineering Center Mil and Kamov) was started under the contract dated July 2017. In June 2018, Kamov JSC, within the framework of this ROC, signed an agreement on the assembly at UUAZ of three prototypes of the Ka-226T helicopter in performance 226.54 for India (serial numbers OO1, OO2, OO3), with delivery in June-June 2021. Work on the construction of two of these experimental helicopters at UUAZ was reportedin 2020, the first of these experimental helicopters (apparently, OO1) is now ready.

Recall that in May 2015, the Defense Acquisition Council (DAC) of the Cabinet of Ministers of the Government of India decided to purchase 197 (then 200 appears) Russian light Ka-226T helicopters for the Indian Army Aviation and Navy. In October 2016, a Russian-Indian intergovernmental agreement was signed on the acquisition by India of 200 Ka-226T helicopters for the armed forces. According to the Russian-Indian agreement signed in December 2016on cooperation in the field of the helicopter industry, of these 200 helicopters, 60 should be delivered complete from Russia, and 140 should be assembled in India in Bangalore at the joint venture Indian Russian Helicopters Company Limited (IRHL), created by Russian Helicopters JSC and the Indian state aircraft manufacturer Hindustan Aeronautics Limited (HAL). An intergovernmental agreement on the creation of this joint venture was signed in December 2015, and the joint venture itself was formalized in May 2017.

However, until now, mainly due to bureaucratic and political delays on the Indian side, the twin contract for the supply of Ka-226T helicopters to India and the organization of their joint production in India has not been concluded. 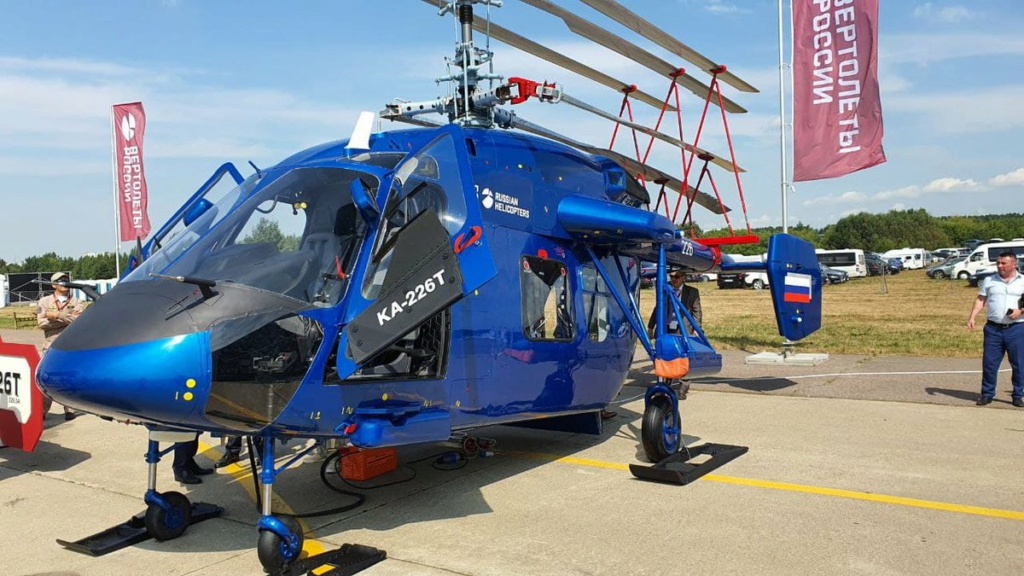 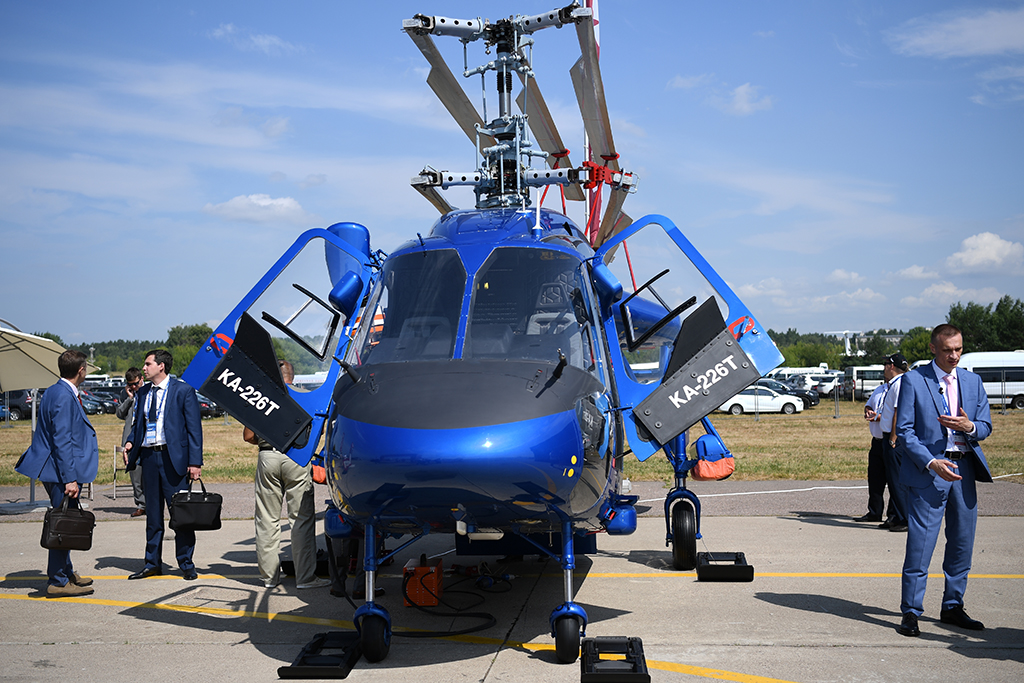 The Sergey Bogdan nailed it again.
From 2.06 on
Kiko

The state corporation presented about 500 product samples at the air show, including roughly 50 new ones, namely airplanes, helicopters, unmanned aerial vehicles, avionics, engines and much more.

MOSCOW, July 23. /TASS/. Rostec has inked contracts to the tune of over 230 bln rubles ($3.1 bln) and negotiated supplies of 161 aircraft, including 77 airplanes, during the MAKS 2021 International Aviation and Space Salon, the state-run corporation revealed on Friday.

"The structures of the Rostec state corporation reached agreements to supply 161 aircraft. In particular, UAC will deliver 58 Sukhoi Superjet 100 and 19 regional Il-114-300 airplanes to customers. Russian Helicopters concluded agreements to deliver 84 helicopters, including the Mi-171A3, the Ka-62, the Mi-38, the Mi-8, and Ansat [models]," the corporation said.

"Rostec presented about 500 product samples at the air show, including roughly 50 new ones, namely airplanes, helicopters, unmanned aerial vehicles, avionics, engines and much more. Among them is Sukhoi’s new tactical aircraft Checkmate, and its presentation grabbed the globe’s attention. The outcome of the air show exceeded our expectations. Our companies inked agreements with partners to the tune of over 230 bln rubles," Rostec CEO Sergey Chemezov said in a comment, cited by the press service.

Did they actually mention his name? I tried listening to see if they did but didn't hear it and I'm only asking because I thought he retired a year ago or a bit earlier and if he came back out of retirement to fly this show? They mentioned his retirement on one of the Combat Approved shows a while back.
zepia

Did they actually mention his name?  I tried listening to see if they did but didn't hear it and I'm only asking because I thought he retired a year ago or a bit earlier and if he came back out of retirement to fly this show?  They mentioned his retirement on one of the Combat Approved shows a while back.

I think I heard announcer said his name couple times during the show. And in the show schedule too. 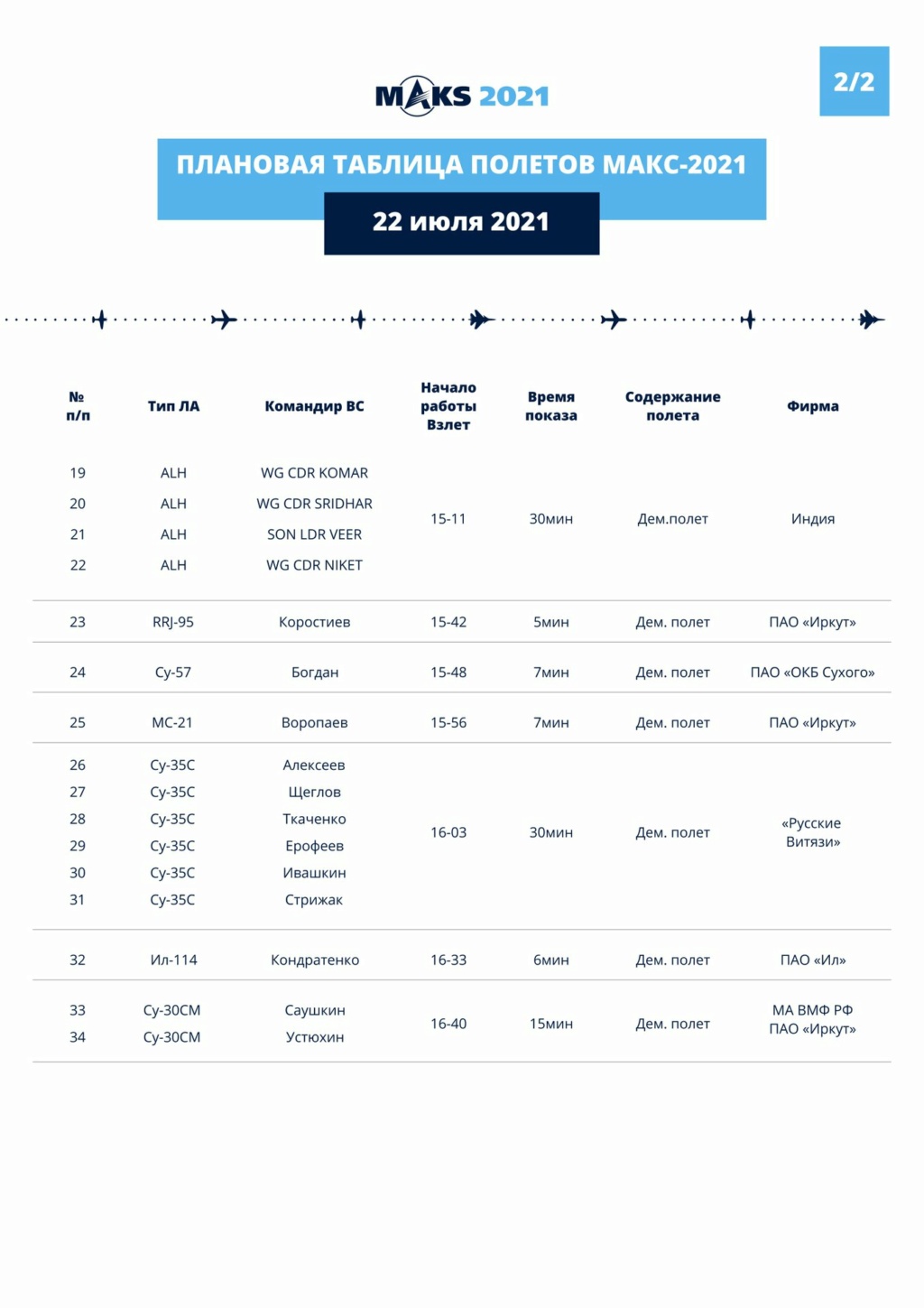 Stop using dollars in transactions and apply an individual approach to each client, these are the main Russian countermeasures against Western sanctions, said Dmitri Shugaev, director of the Federal Military Technical Cooperation Service.

Very interesting wording... particularly the bit I put in bold... I rather suspect what they are basically saying is that because of western sanctions on Russia that Russia will not impose arms sales limitations to other countries when pressured to do so by the west...

That sounds very much to me that this will sound like excellent news for people from Iran and people in Egypt in particular if they are interested in weapons that might shift the current balance, like long range SAMs and of course new fighter aircraft and new long range air to air missiles... and new fighter aircraft...
Kiko

The airshow was attended, including by correspondence, 831 companies from 56 countries.

ZHUKOVSKY / Moscow region /, July 25. / TASS /. Agreements worth 265 billion rubles were signed within the framework of the International Aviation and Space Salon MAKS-2021, which took place in Zhukovsky from 20 to 25 July. This was reported to reporters on Sunday at the event directorate.

"The amount of signed agreements is 265 billion rubles," the Directorate said.

They noted that 831 companies from 56 countries took part in the air show, including correspondence, and the business program included over a hundred events, more than 350 reports, attended by 5 thousand people.

"The 15th International Aviation and Space Salon MAKS-2021 exceeded the indicators of 2019 in terms of the volume of agreements signed and the scale of the business program," the Directorate noted, explaining that due to the difficult epidemiological situation, interest in online communications has increased.

Thus, aviation professionals and amateurs watched broadcasts of the business program, followed the news on the MAKS website and social networks, as well as in media publications.