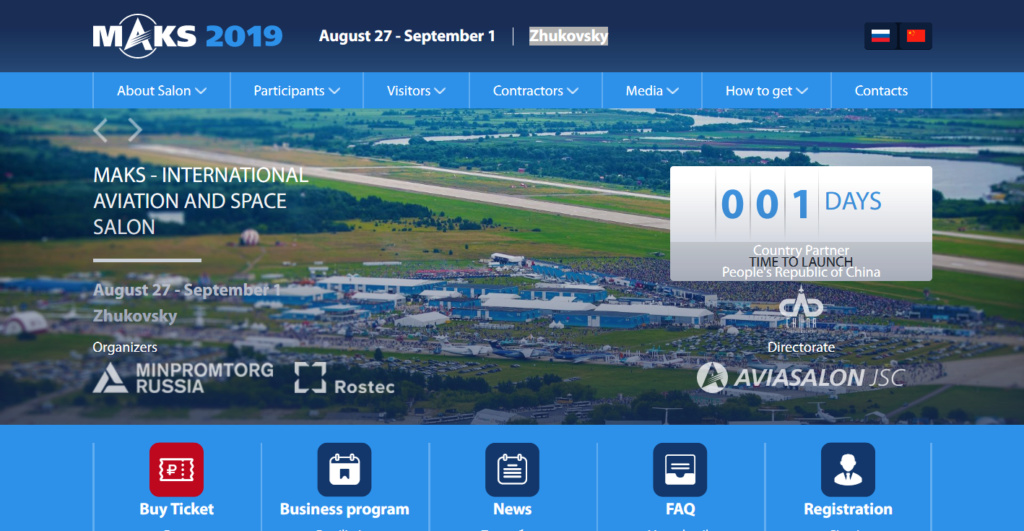 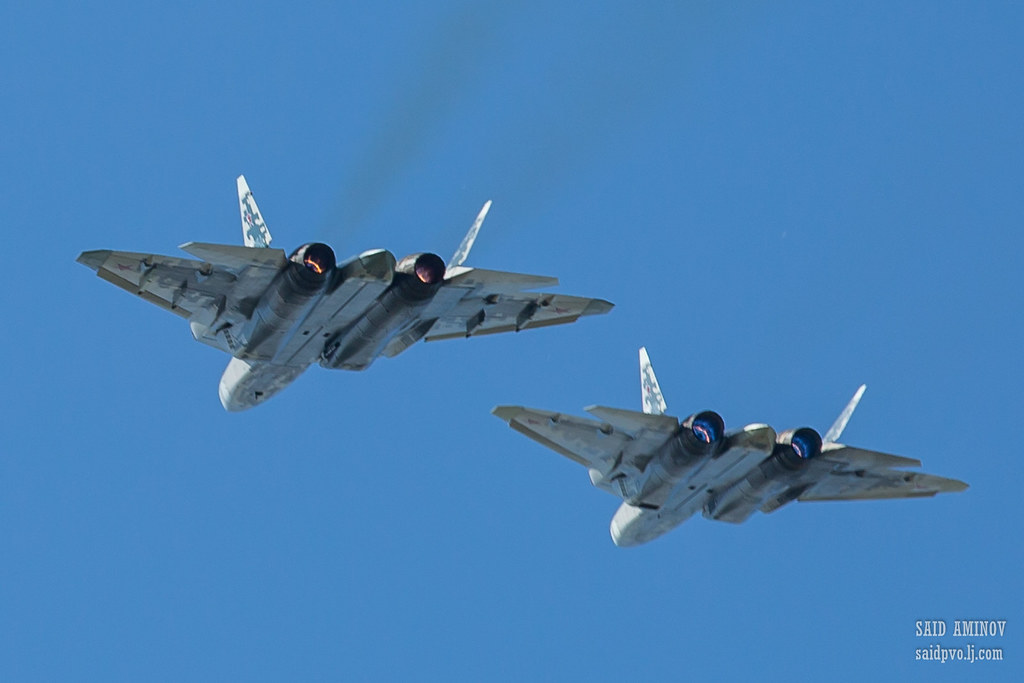 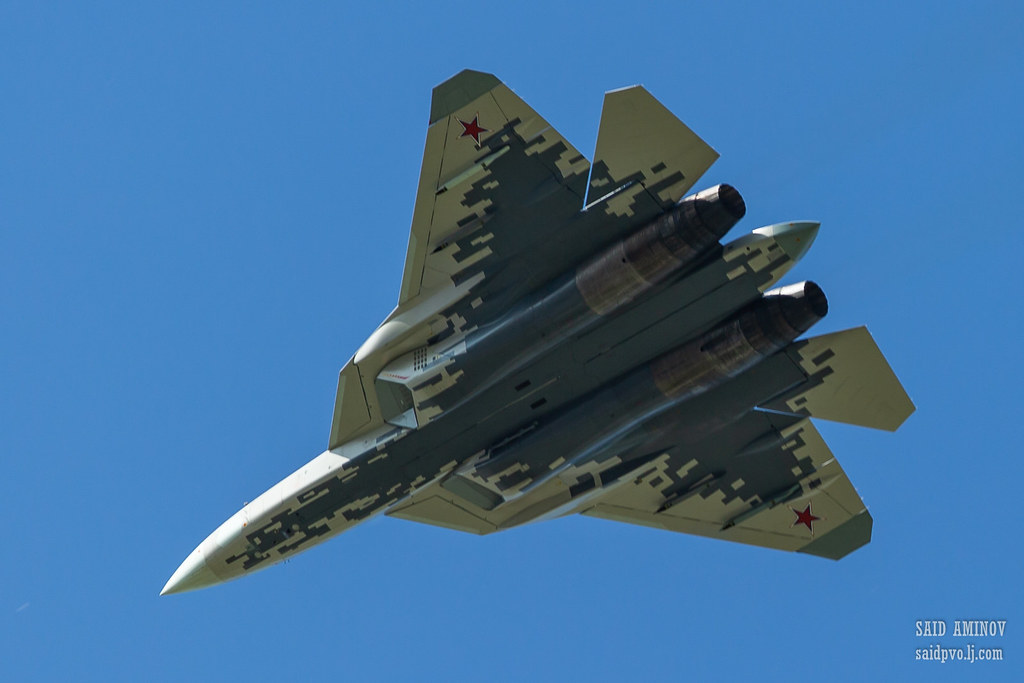 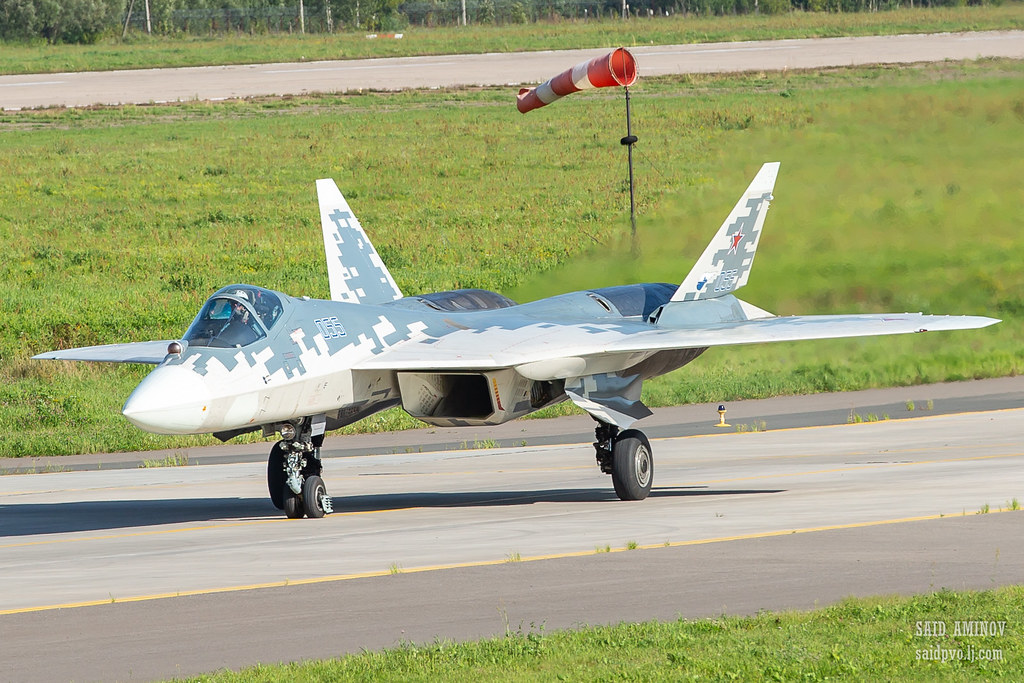 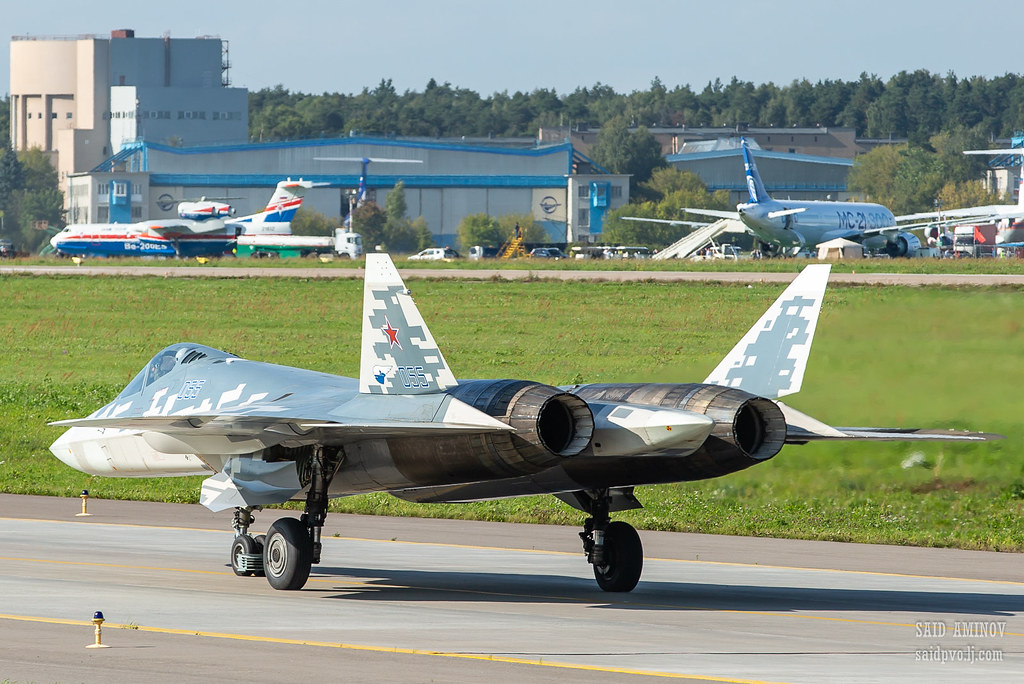 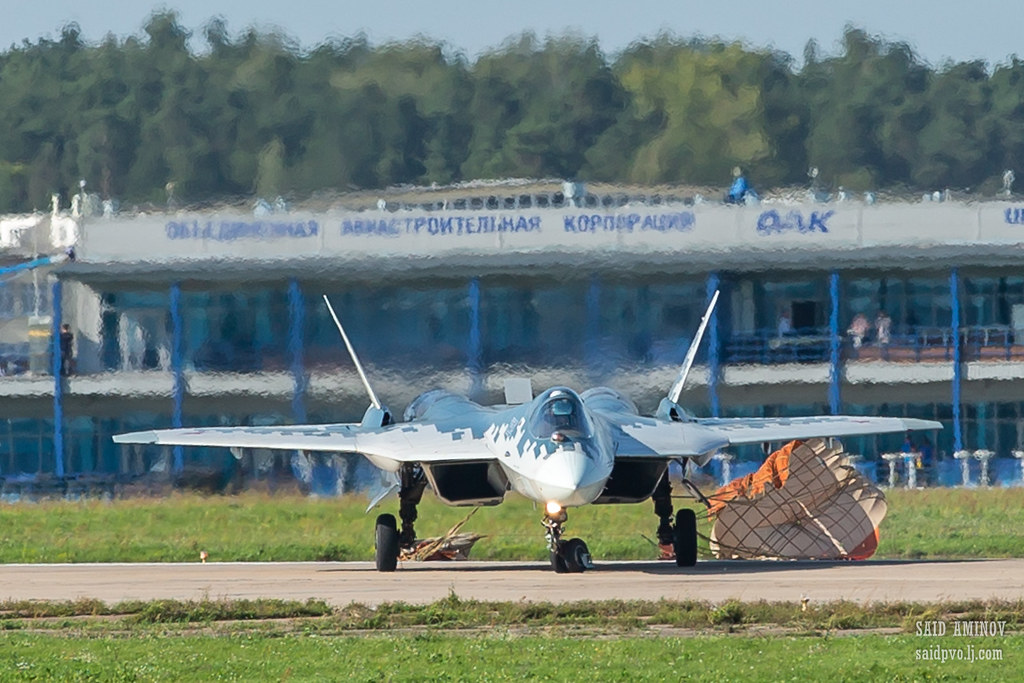 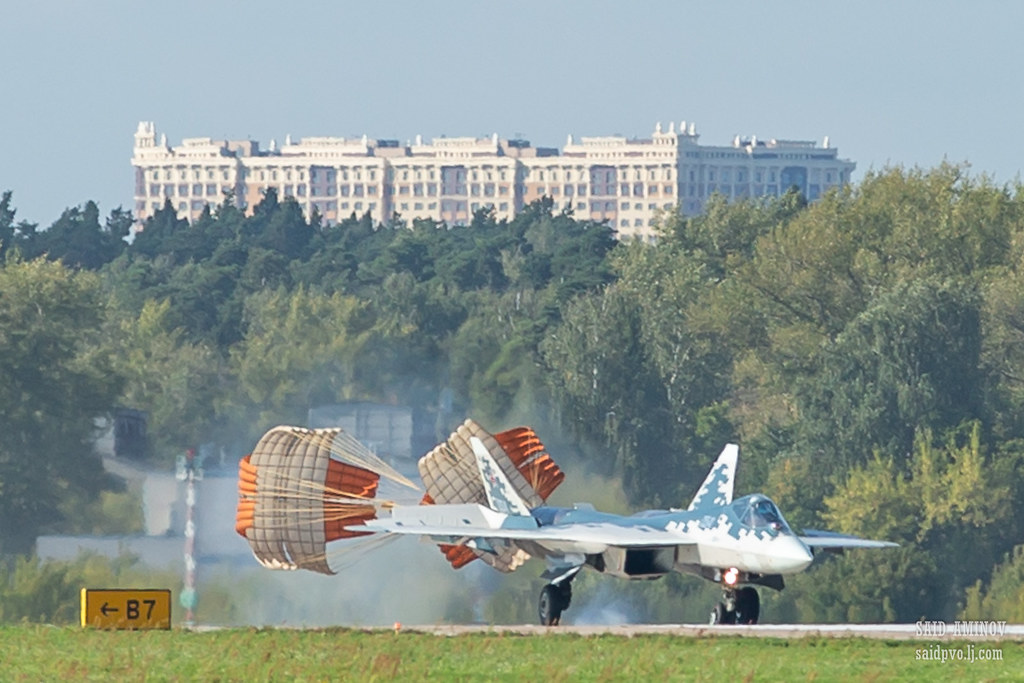 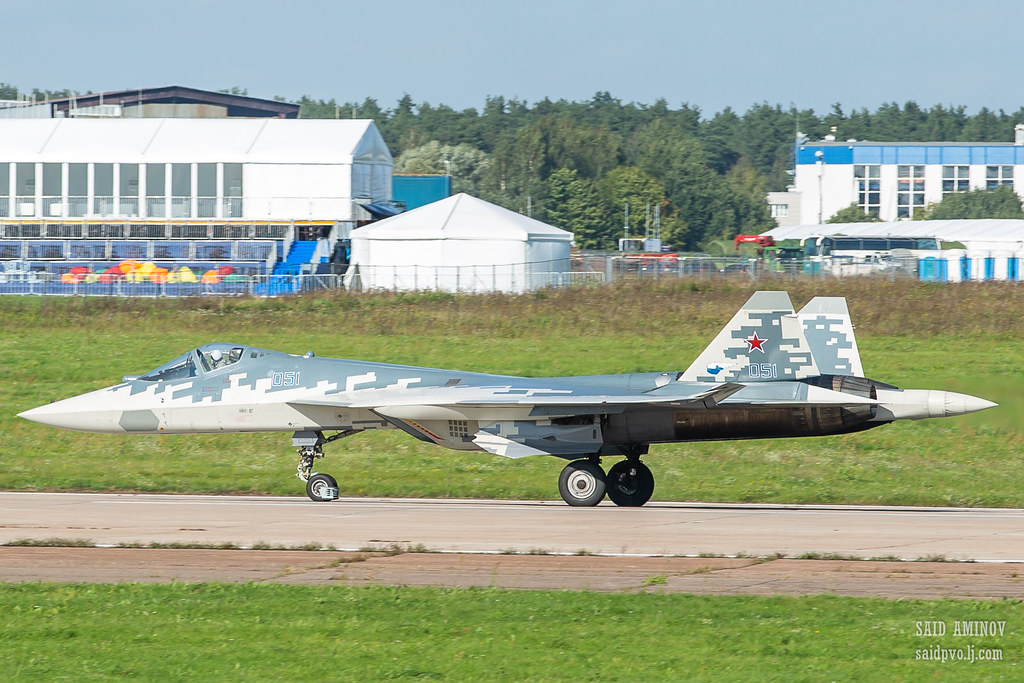 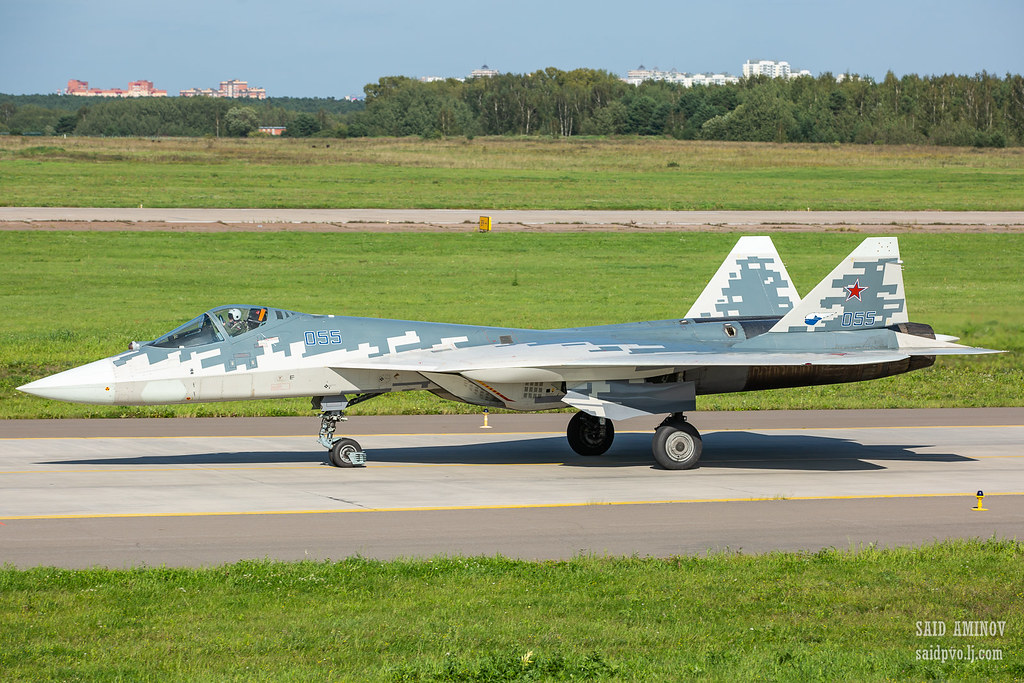 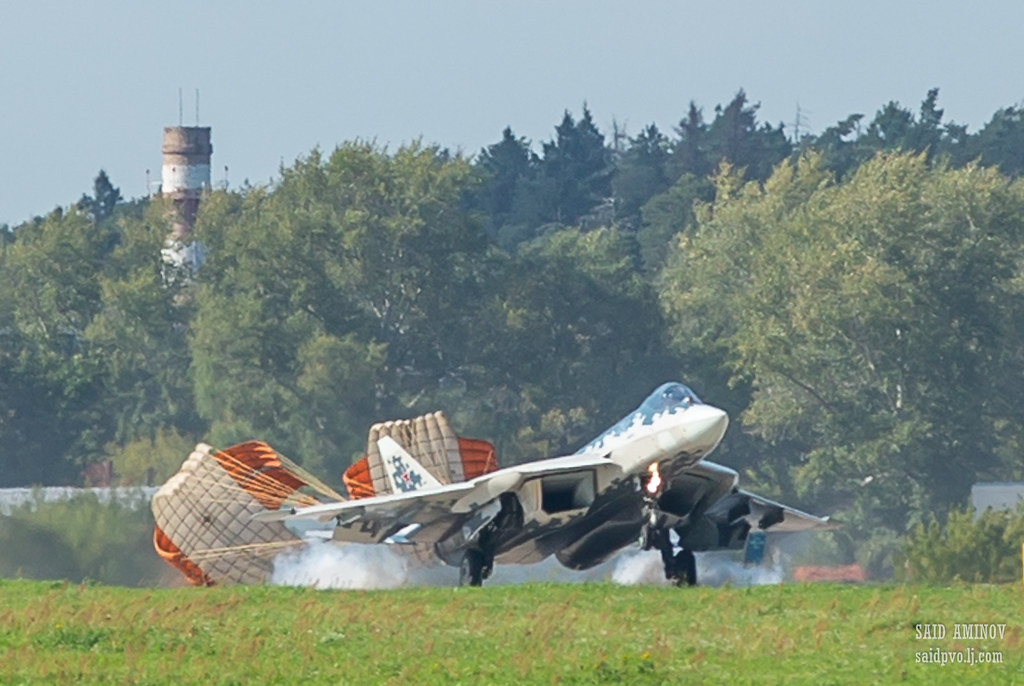 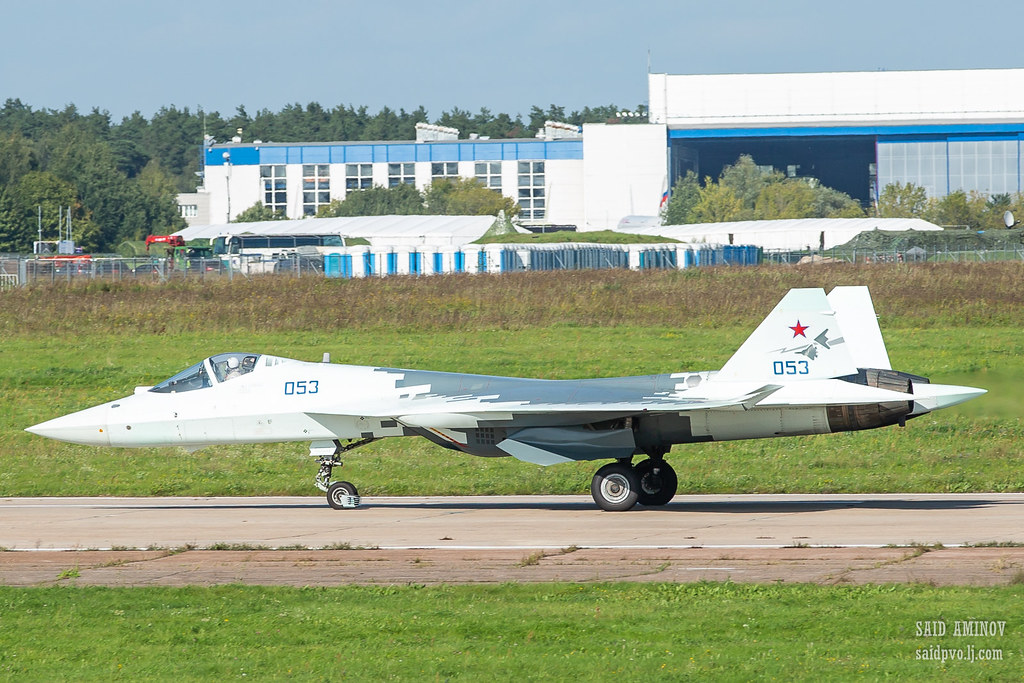 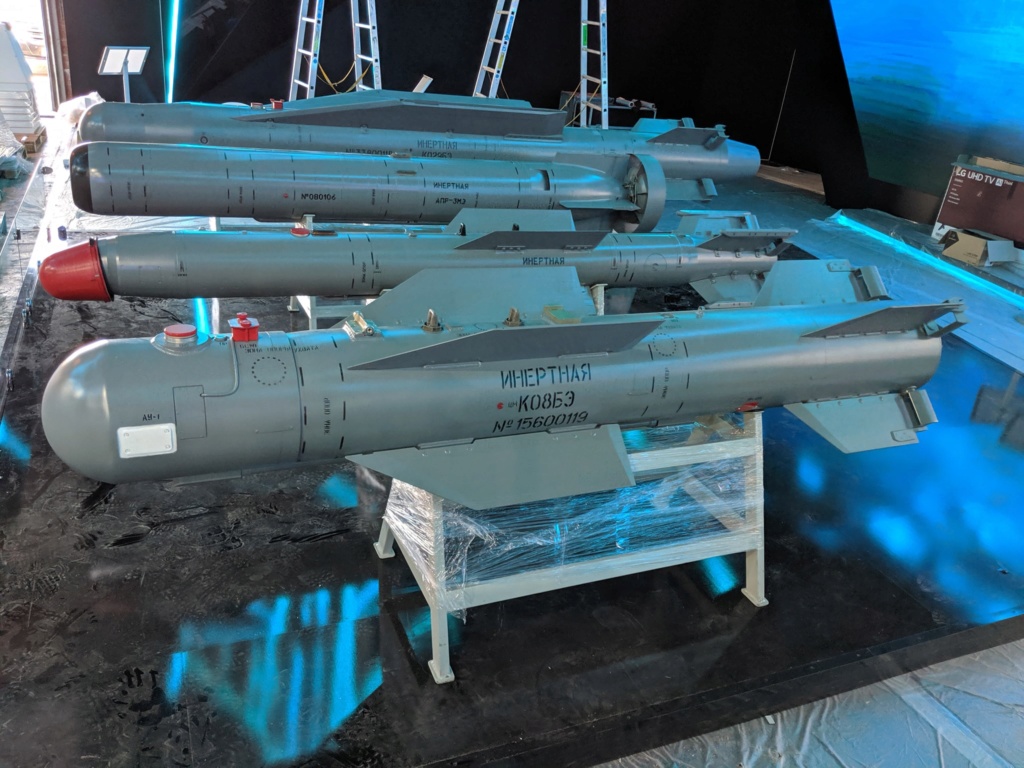 K08BE (500 kg caliber; in the foreground) and K029BE (1,500 kg caliber; in the background) guided aerial bombs of extended drop, equipped with an inertial-satellite guidance system, developed by JSC GNPP Region (a subsidiary of the Tactical Missile Corporation ”- KTRV) at the KTRV exposition at the Moscow Aviation and Space Salon MAKS-2019. Between these bombs, an APR-3ME anti-submarine missile and an adjustable aerial bomb with a laser homing head and a high-explosive fragmentation warhead KAB-250LG-E were displayed. August 2019 (c) Mikhail Zherdev


Recall that earlier in early 2019, the Director General of the GNPP “Region” Igor Krylov stated that “both bombs were tested and entered service, the supply of these ammunition to the aerospace forces has already begun”, and also said that his company signed domestic and international contracts for these two new types of weapons, export deliveries will begin in 2020.

It was reported that the K08BE bomb (the alleged designation in the Russian Aerospace Forces - UPAB-500V) of 500 kg caliber is equipped with an inertial-satellite guidance system. The bomb weighs 505 kg (warhead 390 kg). K08BE can be dropped from a height of 14 km and has a maximum planning range of 40 km. The warhead has an intelligent fuse with three detonation delay modes. K08BE has wings in the middle of the hull and stabilizing tail ribs of both an X-shaped configuration and in the form of a bar with a limited triangle. The control surfaces with a slit cylinder are attached to the trailing edge of the tail unit.

The bomb K029BE (supposedly designated in the Russian Aerospace Forces - UPAB-1500V) of 1,500 kg caliber is designed to destroy protected ground and surface targets. The bomb weighs 1525 kg (warhead weighing 1010 kg, presumably of a penetrating type). K029BE can be dropped from a height of up to 15 km and plans to 50 km, equipped with an intelligent fuse with three detonation delay modes and uses an inertial-satellite guidance system, a circular error of not more than 10 m is declared. 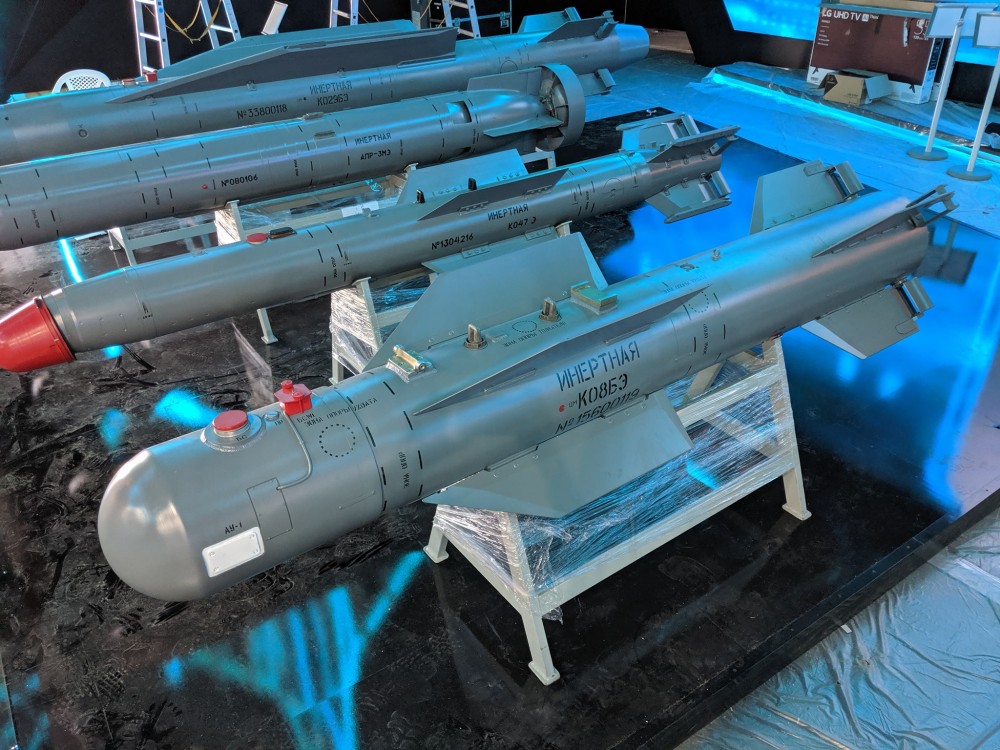 K08BE (500 kg caliber; in the foreground) and K029BE (1,500 kg caliber; in the background) guided aerial bombs of extended drop, equipped with an inertial-satellite guidance system, developed by JSC GNPP Region (a subsidiary of the Tactical Missile Corporation ”- KTRV) at the KTRV exposition at the Moscow Aviation and Space Salon MAKS-2019, August 2019 (c) Mikhail Zherdev 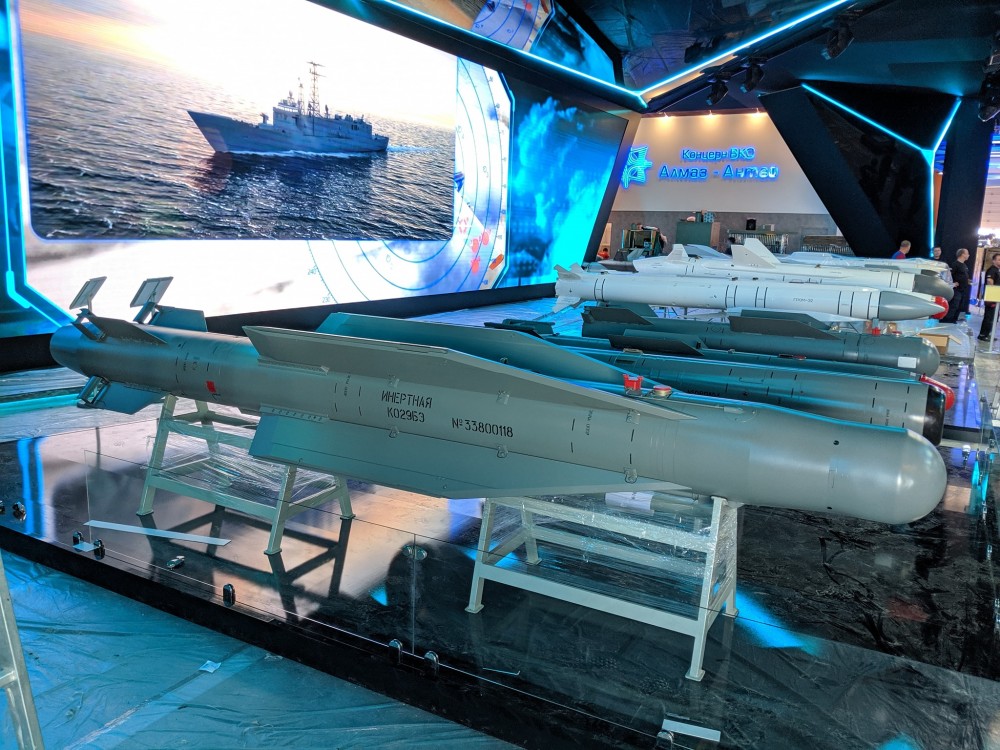 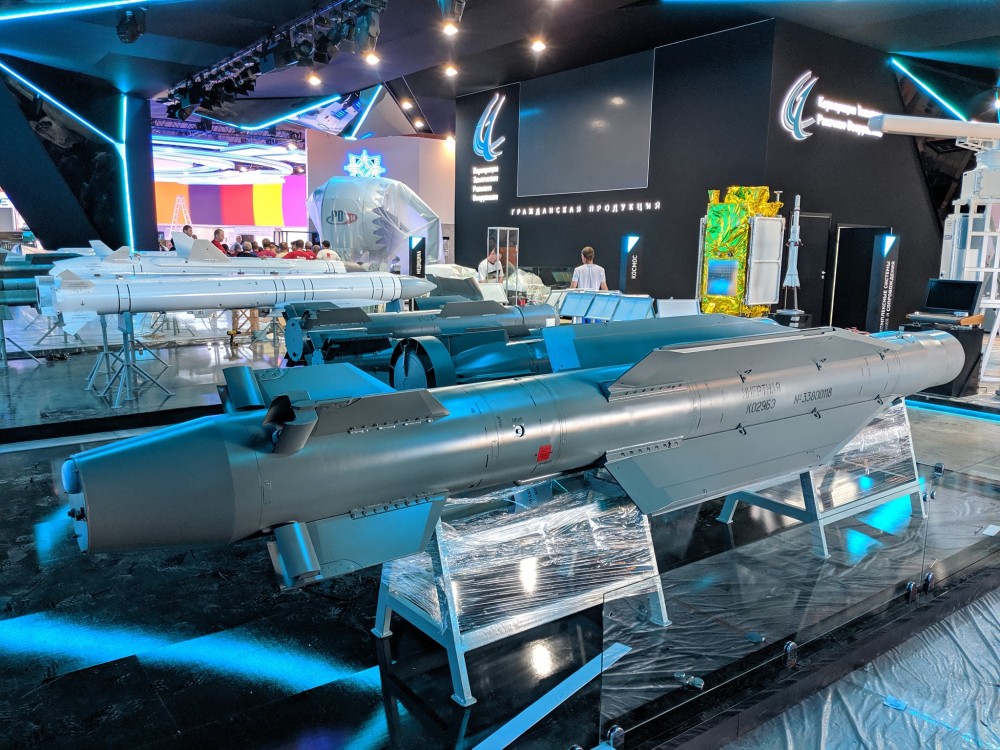 As reported by RIA Novosti on August 27, 2019, the first prototype of the Sirius Russian heavy unmanned aerial vehicle will be ready by 2023. This was stated by RIA Novosti on Monday, the general designer of the enterprise of the developer of this UAV - the Kronstadt group - Nikolay Dolzhenkov. 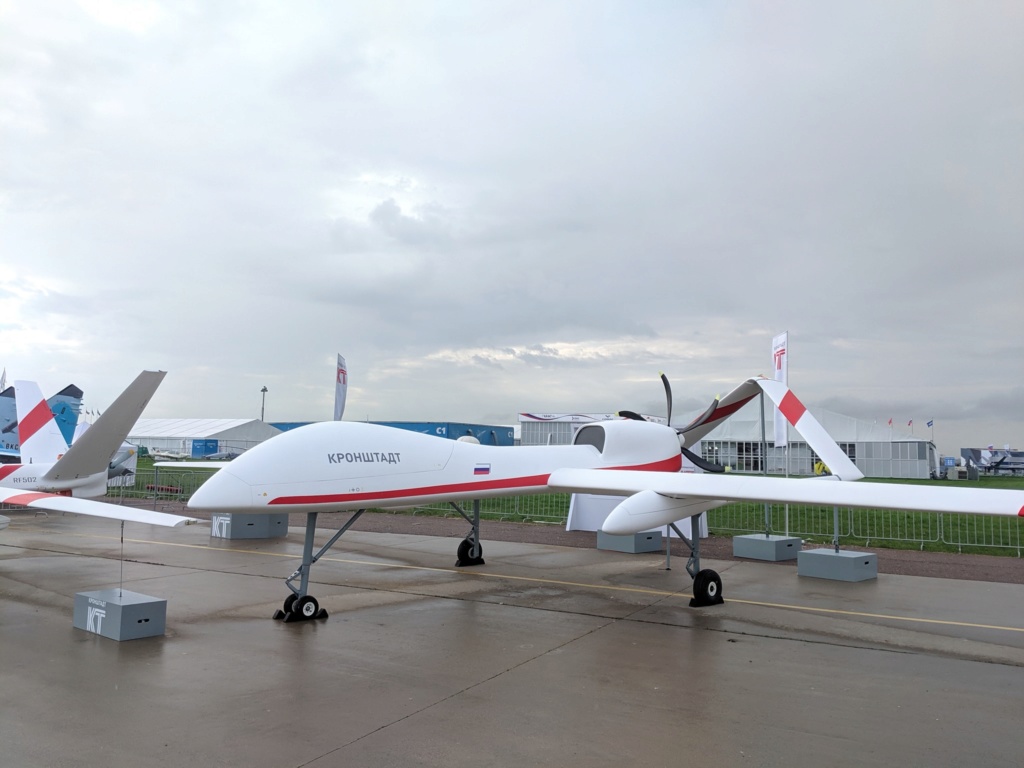 “There is confidence that we can take on most of the costs of this program. I think that we can get the first prototype by 2023. If we fail to find any strategic investor, we will do this work ourselves, and if we find, then we will complete it faster, "Dolzhenkov said.

In turn, Kronstadt Group LLC issued a press release for MAKS-2019, in which it announced:

UAV “Sirius” is an initiatively created unmanned aircraft with a take-off mass of 5 tons with a wingspan of 30 m, capable of being in the air for up to 40 hours. UAV "Sirius" is developed taking into account its certification as an unmanned aerial vehicle and is designed to solve a wide range of tasks of civil aviation. The large carrying capacity (1 ton) allows carrying combined target loads, which will ensure high information content of air monitoring data. The presence of a satellite control channel and data transmission makes the radius of use of the device limited only by the fuel supply. The flight range of UAV Sirius exceeds 10,000 km, which will allow it to be used to deliver emergency cargo over long distances. The device can also be used for the tasks of relaying radio signals, monitoring weather and climate, and geophysical measurements. 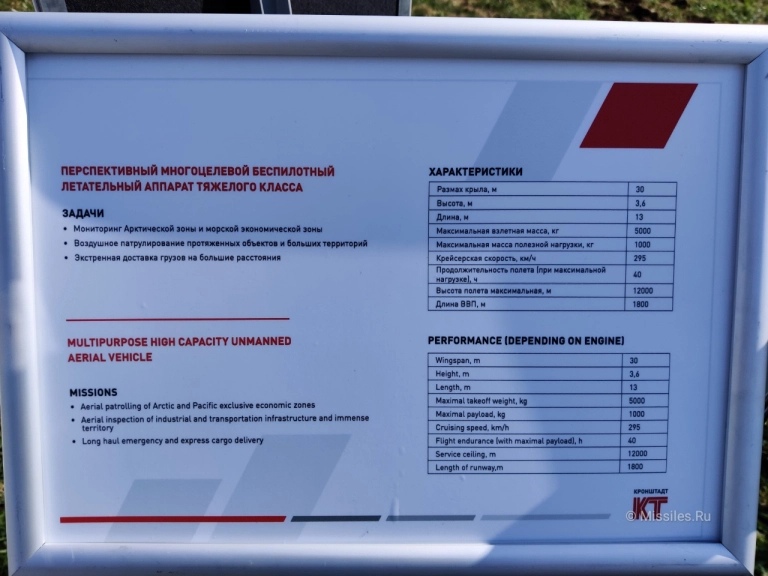 Earlier, Kamov came up with a sketch design of a synchro-copter with a maximum speed of 420 kilometers per hour

MOSCOW, August 29. /TASS/. The JSC Kamov (an affiliate of the holding company Helicopters of Russia) has devised a solution to increase the speed of its combat helicopter to 600 kilometers per hour, the company’s general designer, Sergei Mikheyev, said on the sidelines of the international aerospace show MAKS-2019 near Moscow.

"I can say that at the moment we obviously lag behind the already existing requirements. Let me recall the parameters that are about to materialize in the United States. Boeing and Sikorsky — two competitors — have pooled efforts in creating a new combat helicopter of the future. Its estimated speed will be 480-550 kilometers per hour. Currently we have no such parameters," Mikheyev said.

"I can say that I managed to identify a solution. I have obtained a patent for it. A combat helicopter can fly at a speed of 600 kilometers per hour and more," he added.

Earlier, Kamov came up with a sketch design of a synchro-copter with two lifting airscrews and one propeller. According to a presentation, the machine’s estimated speed is 420 kilometers per hour.

The speed of current helicopters does not exceed 300-350 kilometers. A number of countries are conducting research into high-speed helicopters (S-97 Raider in the United States and Eurocopter X3 in Europe), which can develop a speed of more than 400 km per hour.

According to earlier reports, Russian engineers are working on a high-speed helicopter of the future for the Industry and Trade Ministry and the Defense Ministry. Viktor Bondarev, the then deputy commander of Russia’s Aerospace Force, said the helicopter designed for the Defense Ministry having a speed of up to 500 kilometers per hour will begin to be batch-produced as of 2022.

In May 2018, the chief of the holding company Helicopters of Russia, Andrei Boginsky, said the civilian version of a new generation high-speed helicopter turned out too costly for commercial use, so all the research and development the Industry and Trade Ministry had funded would be used in the next configuration meant for the military.

In November 2018, Boginsky announced that the Russian Defense Ministry had assigned the Mil Design Bureau with creating a future high-speed combat helicopter, while Kamov will go ahead with research and development for the naval helicopter Minoga. 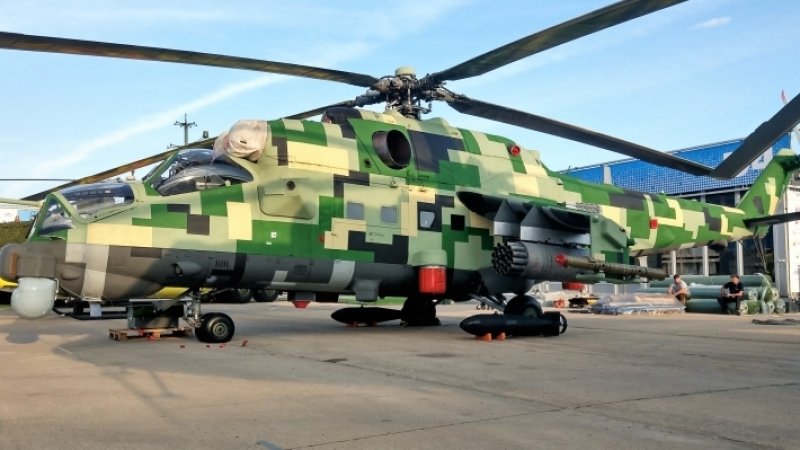