You are not connected. Please login or register
+2
kvs
George1
6 posters

Archaeologists in Egypt have announced a major discovery.
More than 100 wooden coffins with well-preserved mummies, along with and some 40 gilded statues in a vast pharaonic necropolis south of the capital, Cairo.
The discovery was displayed on Saturday in a makeshift exhibit at the feet of the famed Step Pyramid of Djoser at Saqqara, a site that was the cemetery for the ancient Egyptian capital of Memphis and is now a UNESCO world heritage site.
It is home to more than a dozen pyramids and burial sites.

I hope they do a proper analysis. King Tut's tomb was faked by the British. It was the tomb of a female ruler and there is evidence
based on established tomb construction protocols that it could not have been for a male ruler. The British faked the hieroglyphs
which have degraded unlike the real ones found in tombs. This is because they failed to properly "cure" the paint like the original
tomb makers would have done. The various statuettes inside the alleged Tut tomb are clearly female ones. And no period
Egyptian tomb maker would have thrown the furniture and personal possessions into some dump-style pile. It was ultra important
for them to have everything arranged for the afterlife. And Tut's golden head sarcophagus was a patch job unlikely to have been
an original.

Manipulation of history is one of the routine tricks of western imperialists.

Skeletal remains of 2 killed in Vesuvius eruption found in Pompeii

Remains of two victims of the volcanic eruption of Vesuvius, which took place nearly 2,000 years ago, have been discovered in Pompeii

The footage shows the remains of the victims, believed to be a man and his male servant. The remains were discovered in a side room of an underground corridor of a villa on the outskirts of the ancient city during excavations. Findings suggest the two victims had survived the initial fall of ash but were killed in a powerful volcanic explosion the next day

A camp site where more than 20 Clovis tools have been recovered has been discovered on farmland in southwest Michigan.

ANN ARBOR, MICHIGAN—According to a statement released by the University of Michigan, a Clovis camp site has been discovered on farmland in southwest Michigan. It had been previously thought that the presence of glaciers in the region some 13,000 years ago made it uninhabitable beyond an occasional hunting trip in the ice-front environment. Independent researcher Thomas Talbot explored the farmer’s fields each spring after they had been plowed for more than ten years, and recovered nine pieces of Clovis points over that time. He contacted archaeologists Henry Wright and Brandon Nash of the University of Michigan, who investigated the area where Talbot found the points. Digging down some five feet, Nash and his colleagues uncovered two artifacts in an undisturbed layer below the plow zone. In all, the team has recovered more than 20 Clovis tools and hundreds of pieces of stone debris left behind by tool production. Nash thinks the camp may have been used for a short period by a small group of people who split from their main group for a season. Residue analysis could reveal what animals they hunted and what plants they processed, he added. To read about pre-Clovis peoples in the Americas, go to "America, in the Beginning."

It was created by Aztecs who used a type of writing known Codex Telleriano-Remensis, which is a pre-Hispanic system of symbols and colors

The images, however, also include natural phenomena and social events that occurred at the same time of an earthquake.

One pictogram, for example, shows an earthquake that hit in 1507, which happened the same time as a solar eclipse.

A temple was also destroyed during that year and 1,800 warriors drowned in a river that was likely in southern Mexico.

Sodom and Gomorrah? Evidence That a Cosmic Impact Destroyed a Biblical City in the Jordan Valley

kvs wrote:
Manipulation of history is one of the routine tricks of western imperialists.

and the vatican crusades , was one of their biggest frauds , in manipulation of history.

Not wars for invasion , but for self defense of invading headchoppers muslim into europe and christian holy lands.

The west has to lie about its history.... how else will westerners realise what heroes and forces for good the west is if they found out what total bastards they have been... measured by their own standards... over history around the world...
Odin of Ossetia


Poland from the 3rd Until the Second Half of the 4th Century A.D. (Archaeological Phases C1b - C3). 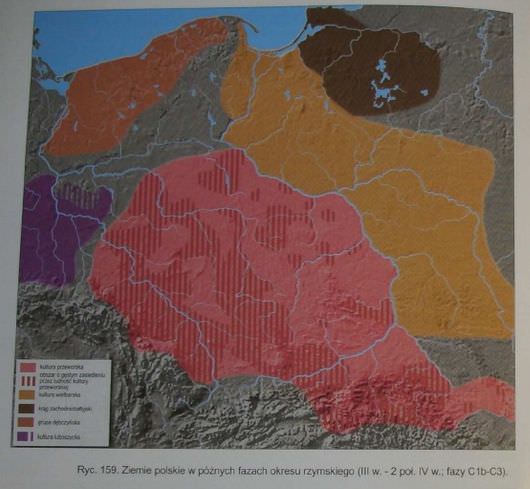 
"Gothic" Wielbark Culture is in Dark Yellow. Ancient branch of the Ossetians known as the Goths, plus some remaining Przeworsk Culture inhabitants, and probably also some Slavs and Balts.

"Burgundian/Vandalic" Przeworsk Culture is in Red. The red "stripes" are areas with especially high population density. Ancient Germanics, the so-called Kowalewko "Goths" are falsely misrepresented Burgundians or other Germanics. That is why those Kowalewko genetic samples look so Nordic, they have nothing to do with real Goths. Look where Kowalewko is on this map, it should be in the territory of the Przeworsk Culture.