Anyone knows How many Iskander units Russian armed forces have (the truck with the dual missiles hidden inside) Russia have in total?

I hope Russia will get something like 500 vehicles with 2 missiles each. for a total of 1,000 missiles to be prepared in case of a major conflict. Better to have them just in case. (Of course each launcher vehicle unit needs 4-5 other vehicles in support.. )
Viktor

Nice .... at the end of the video it is shown Iskander maneuvering capabilities

Voice of Russia in Portuguese talk about the Iskander-M exercises, and said the precision is 30 centimeters

dino00 wrote:Voice of Russia in Portuguese talk about the Iskander-M exercises, and said the precision is 30 centimeters

That would be better than Vikhr Missile with 0.6m+ CEP.

Most likely a mistake in translation?
Mike E

dino00 wrote:Voice of Russia in Portuguese talk about the Iskander-M exercises, and said the precision is 30 centimeters

That would be better than Vikhr Missile with 0.6m+ CEP.

Most likely a mistake in translation?

That small of a difference (even though it isn't 30 cm) doesn't really do anything in a missile the size of the Iskander.
Hachimoto

"There are four Iskander-M brigades in service with the army," Salyukov told reporters.

"One more brigade in the Central Military District will be equipped with Iskander systems by the end of 2014, while the Southern and Eastern military districts will each receive an Iskander brigade in 2015," the general said.

The Iskander-M is a missile system equipped with two solid-propellant single-stage guided missiles.

The supply of the system is carried under a contract signed in 2011 between the Russian Defense Ministry and military industrial corporation Mashinostroyenia.

Iskander is one of the country's most powerful missile strike systems used by the Russian Ground Forces. The systems were successfully tested in 2007. The Russian Army currently uses its Iskander-M and Iskander-K variants.

ok..so how many units we have in total now?
Viktor

ok..so how many units we have in total now?

ok..so how many units we have in total now?

and once again its 5th set

I thought it was 12 firing units, 12 reloading vehicles. And a whole bunch of support/command/maintenance.

EDIT: I should have scrolled higher, Viktor said exactly that. 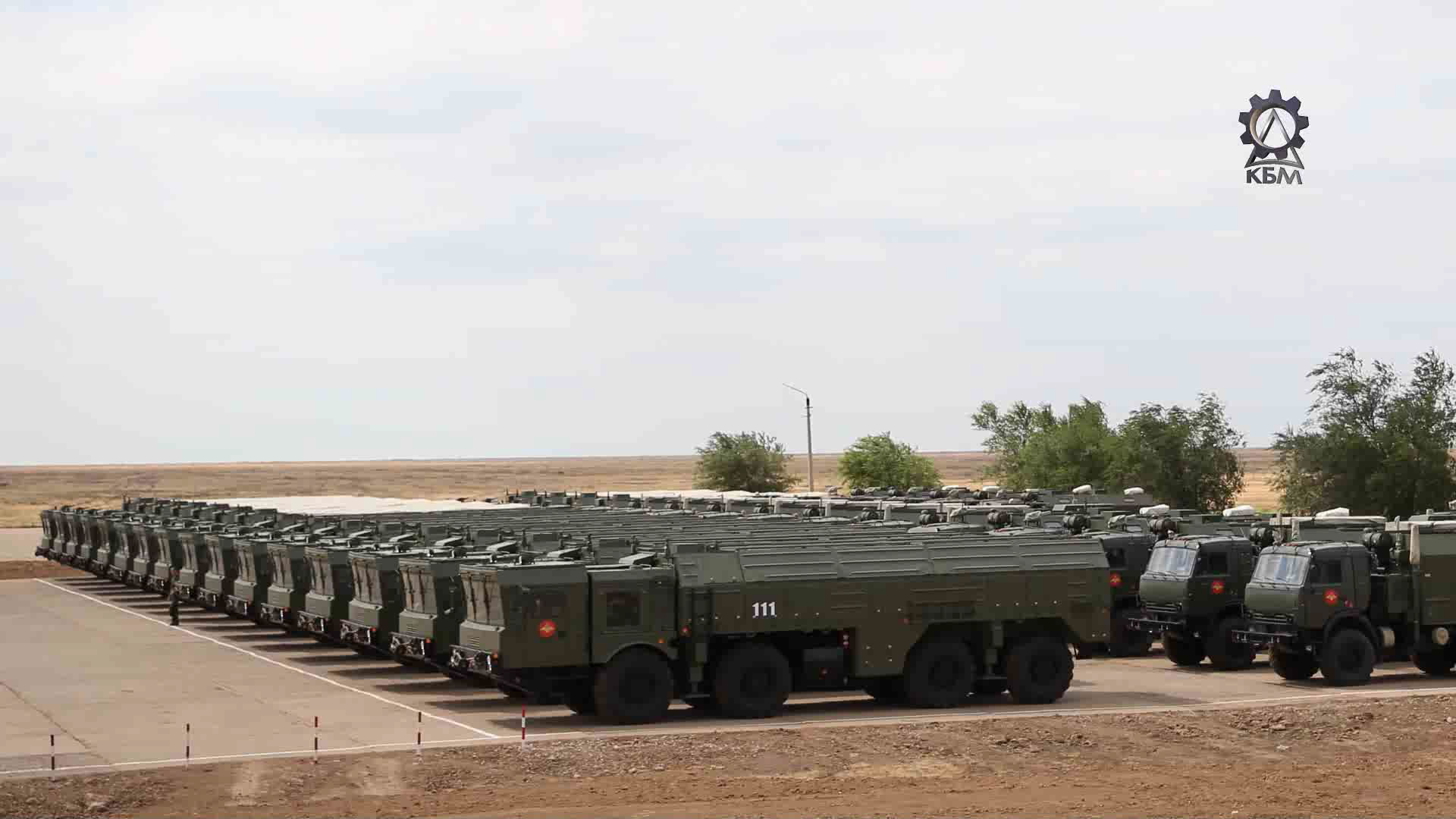 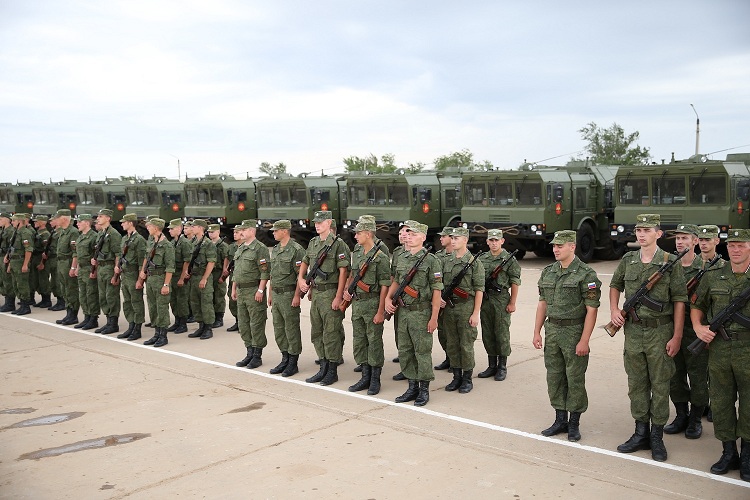 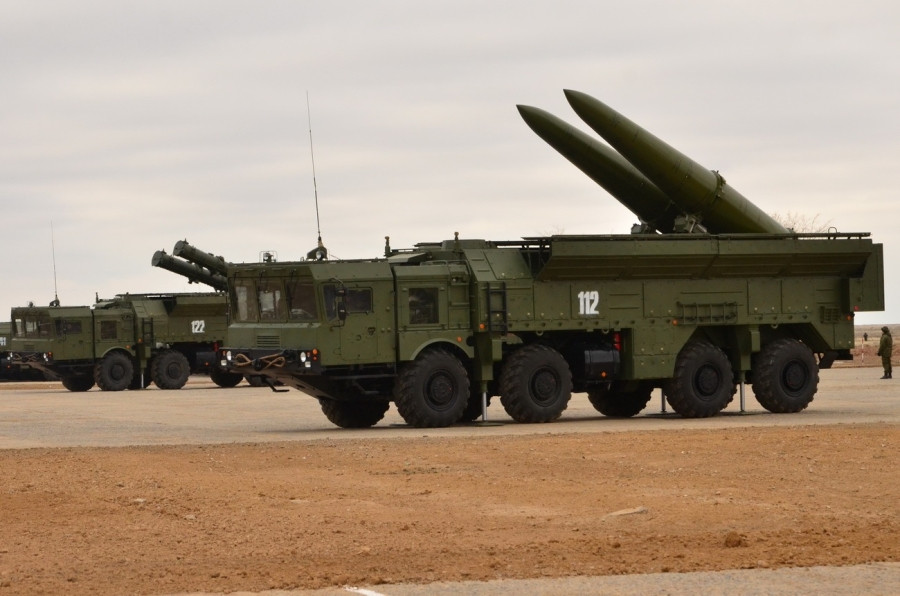 "In early March, after the completion of military training courses, the full-size unit will take part in combat launching exercises at the Kapustin Yar testing range," Roshupkin said.

The spokesperson added that two CMD missile force battalions have arrived at a testing range in Astrakhan Region to undergo an Iskander-M command and control training course ahead of the drills.

Following tactical drills, the missile forces are expected to return to their home base in Orenburg Region, which is fitted with the infrastructure needed to house the Iskander-M complexes, Roshupkin said.

Also known as SS-26 Stone, the Iskander is a powerful missile strike system with "quasi-ballistic" capability in use by the Russian Ground Forces. The missiles have a range of 400 km (250 miles) and can reportedly carry conventional and nuclear warheads.

Tests of the system were successfully carried out in 2007 and it is supplied by the Mashinostroyenia military-industrial corporation under a 2011 contract with the Russian Defense Ministry.
Viktor 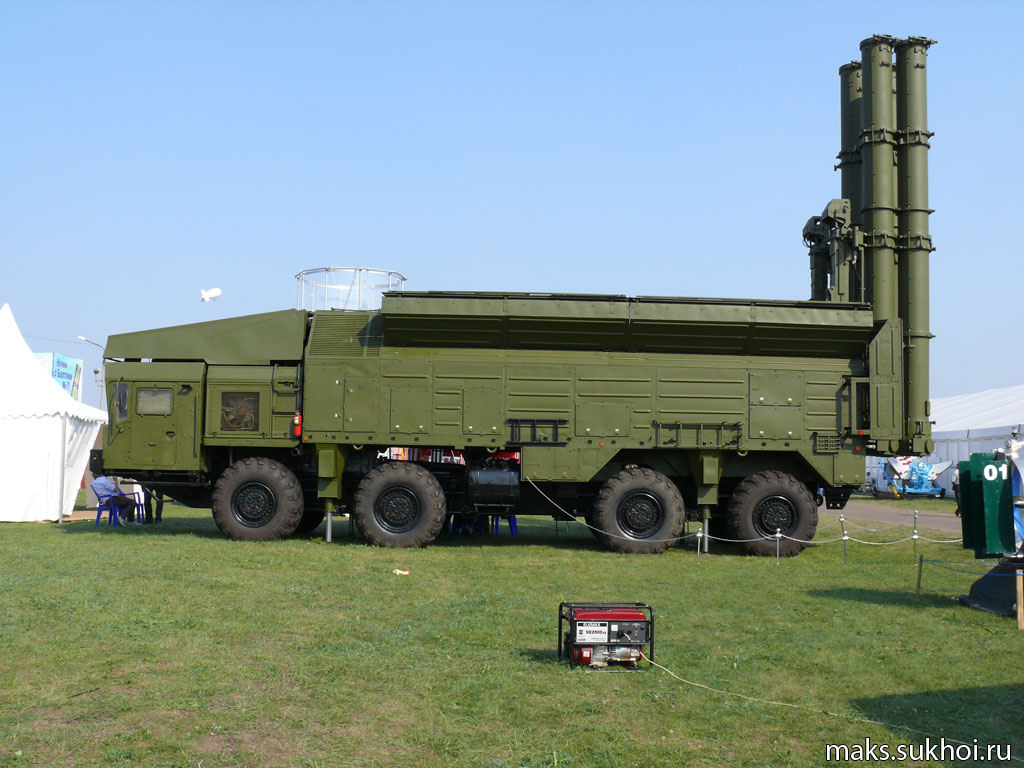 That his how it was shown in a MAKS show a few years ago. If you look carefully, you see the top part of the vehicle is different, enabling it to carry more missiles. I guess that configuration was not adopted in service.

Russian Iskander Missiles to Be Deployed to Kaliningrad for Snap Drills

Russian Missile Operators Brought Up to Speed on Iskander-M

During the six-month course at a test range in the southern Astrakhan region the missile system operators will be learning the ins and outs of the advanced tactical ballistic missile complex to culminate in a real-life missile launch.

It is the second unit of the Russian Missile Forces to be armed with the Iskander-M complexes, military officials said.

The Iskander-M (also referred to as NATO's reporting name SS-26 Stone) is characterized by high mobility and maneuverability, as it takes just 20 minutes to place the system in operational readiness.

The system is capable of hitting targets at a distance of up to 500 kilometers, with a precision of around 30 centimeters.

It can hit troop concentrations or underground command centers, depending on the warheads placed on the rockets. If necessary, its missiles can also be armed with nuclear warheads.

The Iskander-M missile system has been used by the Russian military since 2006.

I follow a financial blog where an australian keeps popping up with usa military tech , weapons and  keep making claims how it is superior to russians nd  chinese mismatched and stoved military tech . Thanks for informing mate . Just another bogus claim of his .