GarryB wrote:
Other ideas could revolve around gravity... is it a field or is it a wave, or something else. If you could find a way of making the mass of a space ship effectively almost zero, then using the same technology to make a grain of sand enormously massive and ejecting it out the back of the ship at reasonable speed should propel that ship forward very efficiently... or a gravity beam could be directed and the planet you launch from to push you into space and towards your destination and attractor gravity beams pull yourself forward like Spiderman uses his webs to "Fly" through a city of tall buildings...

Well if any nation can get create gravity generators it is Russia, but I doubt they will do it within the next 100 years.

A more "reasonable" approach would be to convert energy to matter (theoretically this is possible) and then accelerate that matter out the back of the craft.

Bussar ramjet fusionate the interstellar protons, and getting energy from them, it doesn't need propelant.
Big_Gazza

Nice pic of the ExoMars Kazachok lander undergoing integration and testing at Cannes.

If she lands successfully on Mars (when then ESAs Schiaparelli failed) it will be a huge feather in Roscosmos' collective cap! it will go a long way to finally erasing the stain of the Phobos Grunt fiasco. 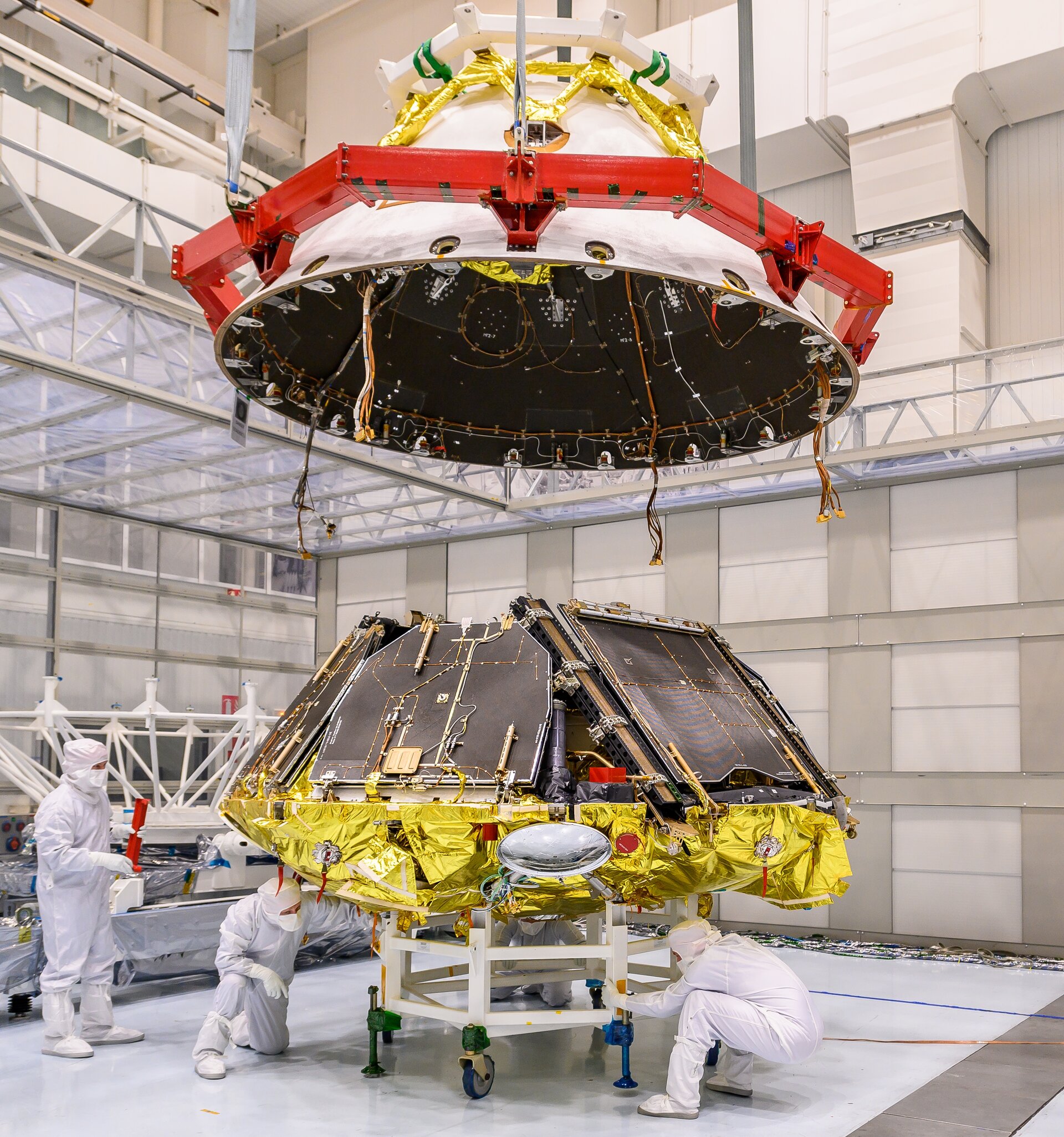 "The technical design of the project is starting. An important meeting of the leadership of the Russian Academy of Sciences and Roscosmos took place, we made decisions, in particular, on the Venus program," Zeleny said.

According to the academician of the Russian Academy of Sciences, the main contours of the Russian Venus program will be clarified in the course of the ongoing design. The first stage in the exploration of the planet will be the dispatch of the automatic interplanetary station "Venera-D". At the moment, contracts are being concluded with the performers of the work - NPO im. S. A. Lavochkina (part of Roscosmos) and IKI RAS. The design, Zeleny suggested, would take two years.

“We hope that in 2029 the first spacecraft will fly to Venus,” said the scientific director of the institute.

So exciting, wonder when they will have plans to launch rovers like the perseverance rover using a drone. They got moon and venus missions, and hell one of jupiters moon missions if we include nuklon, but avoiding Mars. Are they trying to fool the west that they are behind in getting a man to Mars?
George1

The plans are to achieve the launch readiness by September, according to the space agency's head

VOSTOCHNY COSMODROME /Amur Region/, April 26. /TASS/. Preparations for the launch of the Luna-25 mission to the Moon from the Vostochny spaceport are proceeding as scheduled, Head of Russia’s State Space Corporation Roscosmos Dmitry Rogozin said on Monday.

"The work is proceeding according to plan and we have no setbacks. We must achieve the launch readiness by September in order to get into a launch window that opens for us on October 1 and will exist until October 30," the Roscosmos chief said.

"These are a complex vehicle and a complex launch. For the first time in the world, we are going to launch a probe to the Moon’s southern pole. That is why, the developers are carefully preparing for that. So far, we have no fears that we may fail to get into this launch window. This is a historic event for the entire industry," Rogozin said.

The Russian Luna-25 probe, which is a follow-up of Soviet stations of this series, will open Russia’s long-term lunar program that envisages missions for studying the Moon from the orbit and the surface, collecting and delivering lunar soil to Earth.

Roscosmos plans to send the Luna-25 automatic station to the Moon in October 2021. The Luna-25 will become the first domestic spacecraft in the country’s modern history on the surface of the Earth’s natural satellite. Roscosmos has chosen October 1 as the basic and October 30 as the backup date for the spacecraft’s launch.

China is set to cooperate with Russia and other interested parties in the project of creating an international scientific lunar station, Chinese Foreign Ministry Spokesperson Wang Wenbin told a regular press conference on Tuesday.

"Outer space is an important dimension of the relationships of comprehensive mutually advantageous cooperation between Russia and China where significant progress has been achieved in recent years. The latest Chinese-Russian declaration on creating a lunar station demonstrates the confidence of both parties and their resolve in implementing cooperation in exploring the Moon and deep space," the spokesperson said.

"China is ready to cooperate with Russia and other interested countries, international organizations and partners in building a lunar station to make contribution to scientific research of outer space and social and economic development," the diplomat added.

On March 9, Russia’s State Space Corporation Roscosmos and the China National Space Administration (CNSA) signed a memorandum of mutual understanding on behalf of their governments on cooperation in creating an international scientific lunar station (ISLS). The signing ceremony was held via a video conference.

Russia's economy will be boosted back up, but more importantly I see China further funding deeper exploration projects if the Nuklon mission is a success.