GarryB wrote:This is nice... it was not that long ago I was defending Russian tanks because everyone claimed they were junk.

Then of course the conflict in chechnia happened, which only made things much worse... when you don't fit your ERA blocks with explosive, when you are up against an enemy with the same training because they were in the same army as you, and equipped with the same equipment as you with the same knowledge of the weaknesses and strengths of the vehicles you use, then of course there are going to be problems, but even then the problems are made worse when your command want to minimise casualties by driving into enemy held cities with out preparing them with artillery and air strikes... they seemed to think they would just drive in and everyone would surrender... the second time around they did it right and did a much better job... because they did it right... and the tanks worked well that time.

Agreed , i don't understand how some people judge the hardware without taking in account the variable circumstances of the operator .

In 1973 war , Egypt used T-54,55 ,T-62 perfectly with well trained crews VS isreali's M-60,Centurion and Super Sherman and Egypt won most of the tanks engagements , most of them was from 3 KM and less 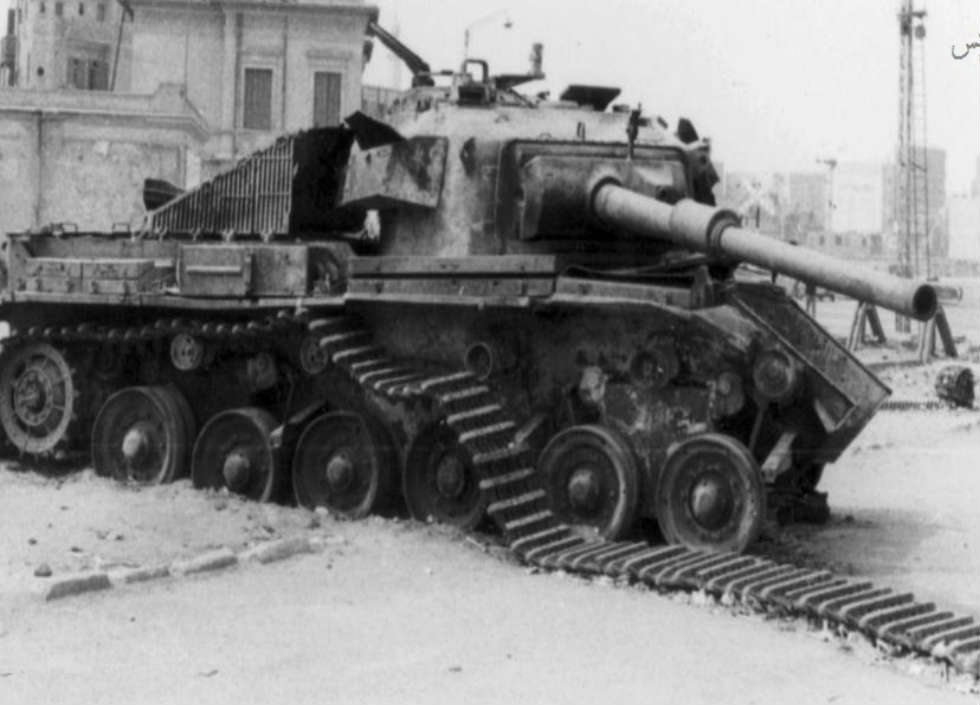 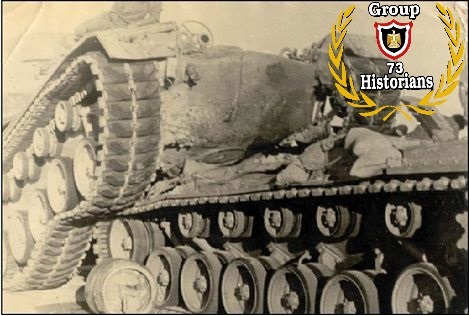 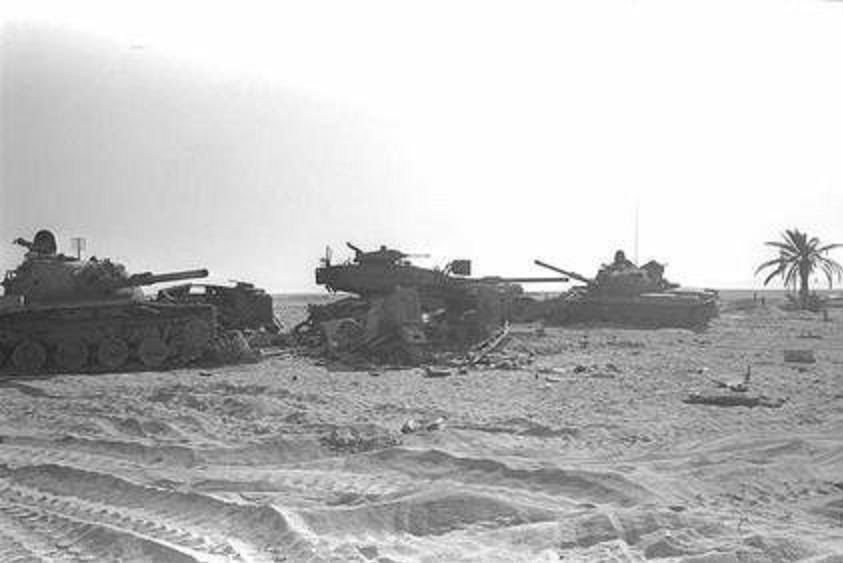 A video of a T-90A in Syria hit by ATGM in the left side of the turret.


One more time the Контакт-5 dynamic protection (probably in the domestic iteration, as for some of the T-90A transfered to Syria) has neutralized the menace.

Is indicative that terrorists ,when T-90 is involved, rather prefere to post on the internet video of unsuccessful attacks where at least an hit is achieved by the ATGM; those likely represent the few instances where, for a reason or another, the Штора soft kill system is not operative.

This is represent also an indirect confirmation of the operative dispatchs coming from syrian operators on the high efficiency of this APS, almost surely terrorists have recorded dozen of video of similar attacks that they obviously do not publicly post because not even an hit is achieved (therefore the propaganda value would be not-existent).
George1

"I think we will see them [T-90M] soon. This year, we have 75th anniversary of the Victory [over Nazism during the Great Patriotic War], the 100th anniversary of tank building industry, and the Army forum," Potapov said.

In early February, UVZ press service said that the company already commenced shipping the upgraded T-90M tanks to the military, in accordance with the contract.

The Proryv tank features a completely new turret and a more powerful engine. The tank is equipped with multi-channel sights that allow firing at any time of the day, and one of the tank’s main features is its ability to share data with other vehicles in real time. The armor is covered with a special anti-slip compound, also used on the T-14 Armata tank.

A more powerful engine is nice, but multi channel sensors and communications systems that allow information sharing amongst vehicles is ground breaking improvements that turn these vehicles from individually powerful tanks to very very powerful groups of tanks working together...
Austin

Russian Embassy in Delhi has just put out this interesting docu comparing Russian mil hardware with US- EU-Chinese competitors. 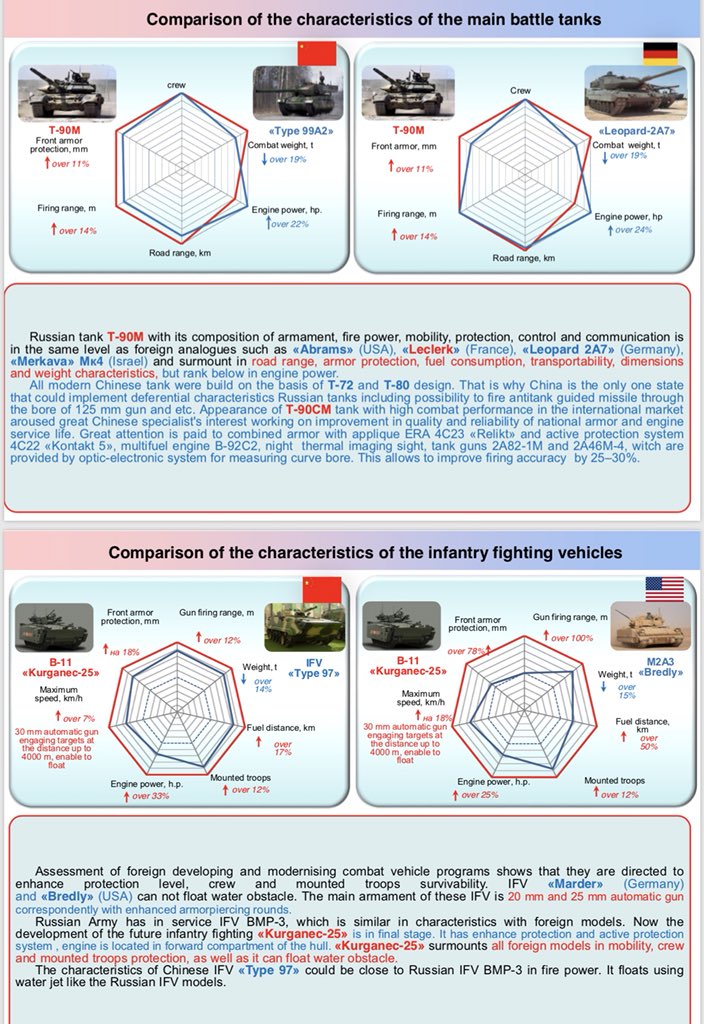 As Zvezda TV Channel reported on March 19, 2020, the Uralvagonzavod Scientific Industrial Corporation JSC prepared the T-90M Proryv tanks for shipment to Moscow. Fighting vehicles will take part in a military parade dedicated to the 75th anniversary of Victory in the Great Patriotic War. This was reported to "Star" at the enterprise.

On May 9, five types of tanks will pass through the cobblestones of Red Square. In addition to the T-90M, these are the T-34-85, T-72B3 with a complex of additional protection, T-80BVM and T-14 Armata.

On the bmpd side, we recall that at the Army-2017 International Military Technical Forum in Kubink on August 24, 2017, the Russian Ministry of Defense signed a contract with NPK Uralvagonzavod for the supply of 30 T-90M tanks (Object 188M). According to published data, of the 30 T-90M tanks of this first contract, ten should be new-built vehicles, and the remaining 20 will be converted during major repairs and modernization from T-90 tanks. Under the terms of the contract, the delivery of 30 of these T-90M tanks was supposed to be made in 2018-2019, however, in fact, their delivery to the Ministry of Defense will only begin in 2020.

It was also reported that in 2020 it is possible to sign a contract for the production and modernization of about a hundred more T-90 tanks to the level of T-90M.

I found this article that shows the Irbis sight with all Russian parts and no French help. 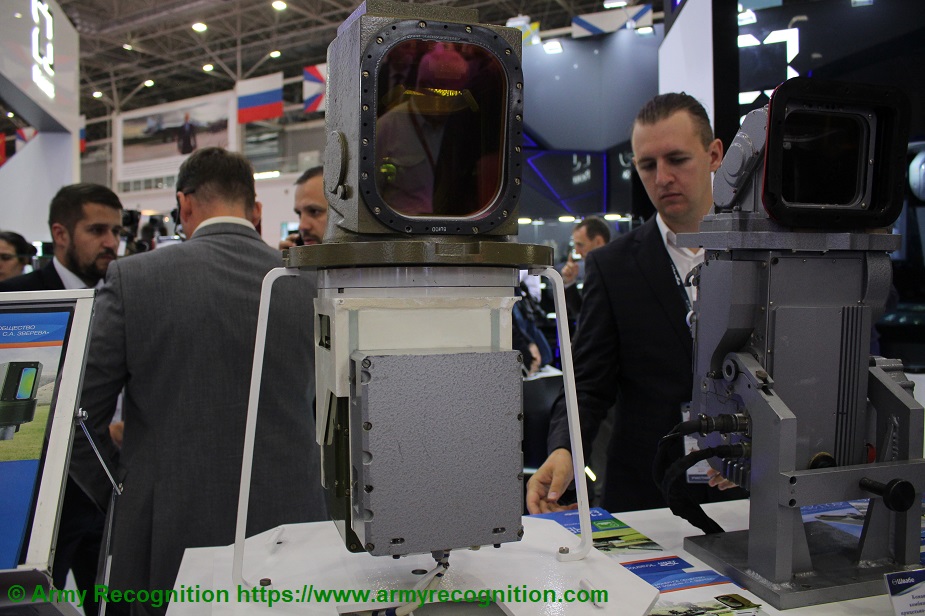 IRBIS-K
For the article see links:

"First deliveries of upgraded T-90M ‘Proryv’ tanks started in April to the Guards Tank Army of the Western Military District, which is deployed on the territory of five Russian regions," the press service quoted Army Commander Major-General Sergey Kisel as saying.

The T-90M ‘Proryv’ has received a principally new turret that differs from the serial-produced module and a more powerful engine. The Proryv is outfitted with a new multi-channel sighting system that allows employing weapons at any time of day or night and, as its major advantage, it can exchange data with other vehicles in real time.

Last month, a source in the Russian Defense Ministry told TASS that T-90M ‘Proryv’ tanks would pass through Red Square for the first time in a mechanized column during the Victory Day Parade on May 9.

The mechanized column is also set to include the latest T-14 ‘Armata’ tanks. Overall, more than 50 tanks were supposed to take part in the military parade on Moscow’s Red Square, according to the Defense Ministry’s previous data. 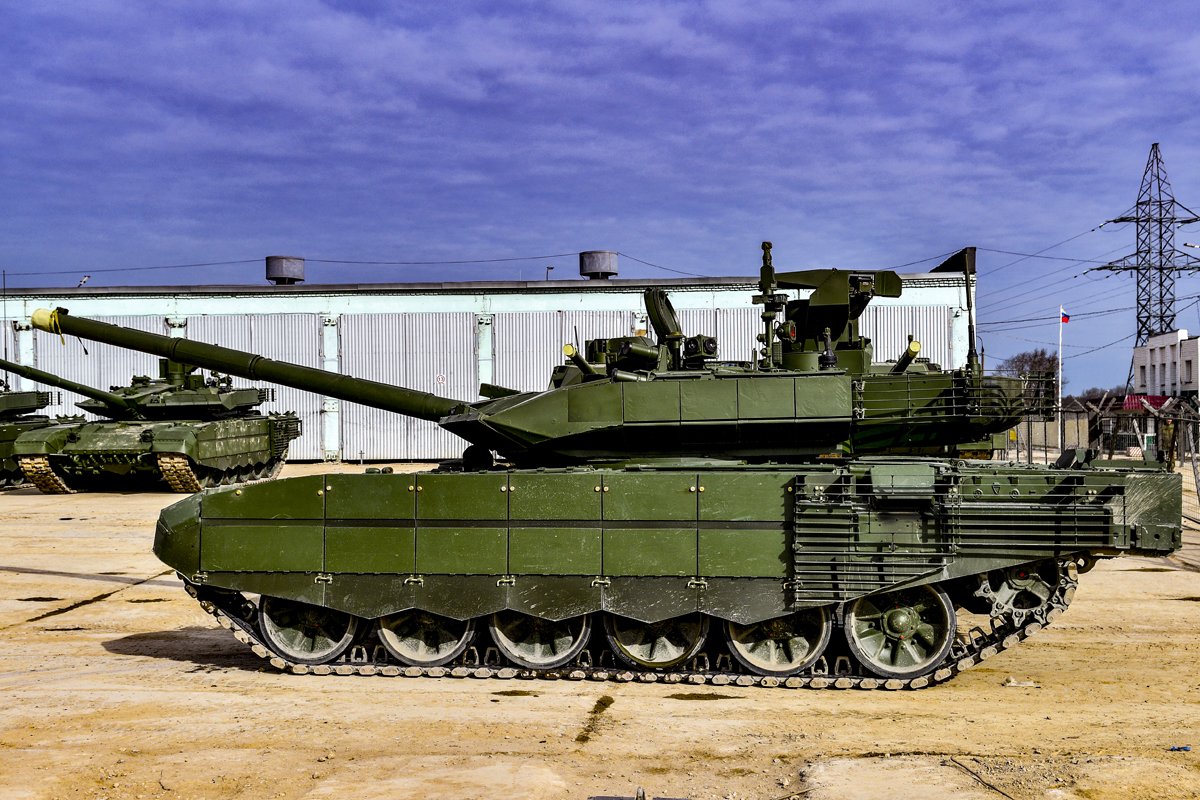 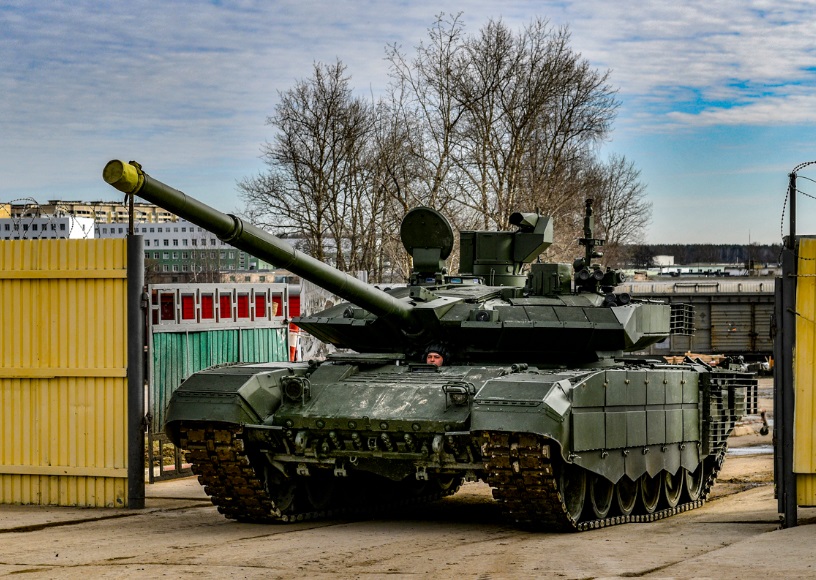 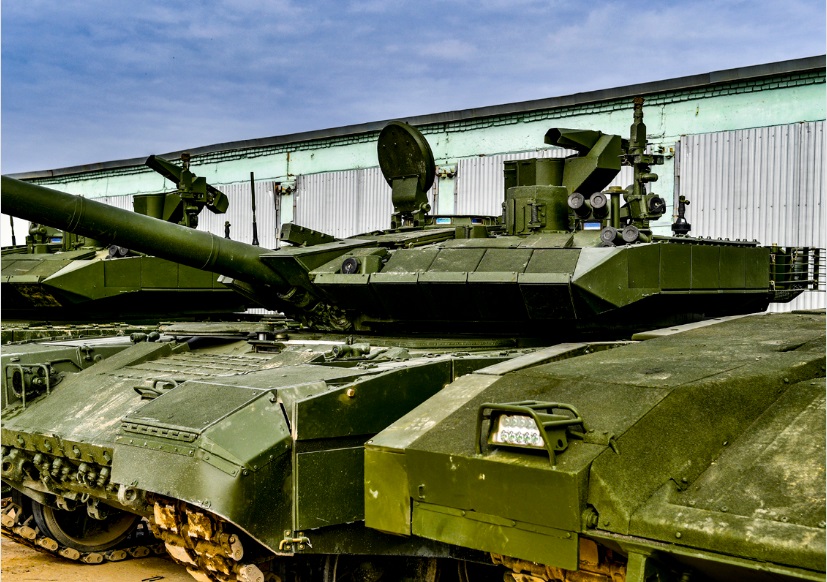 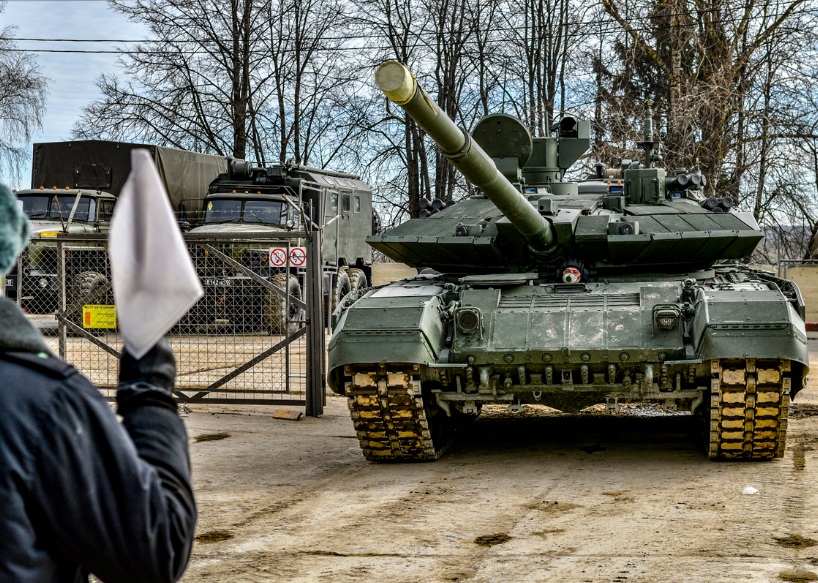 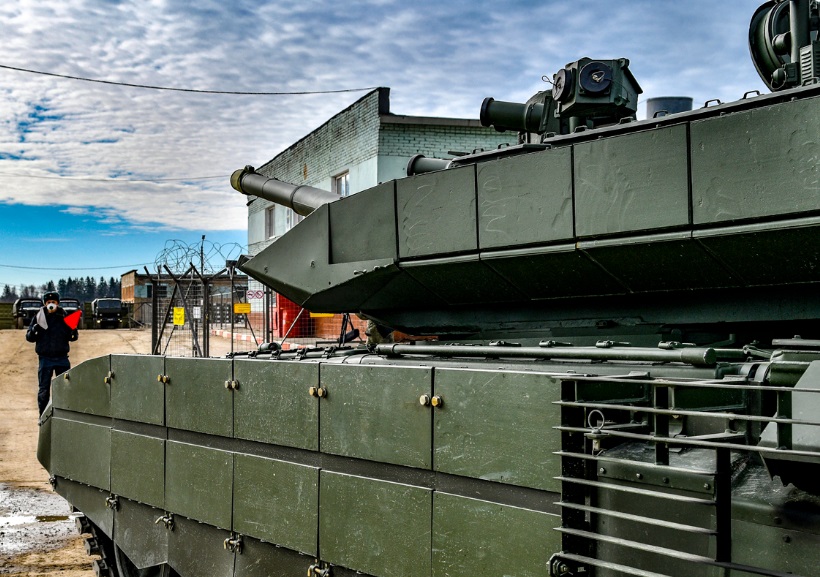 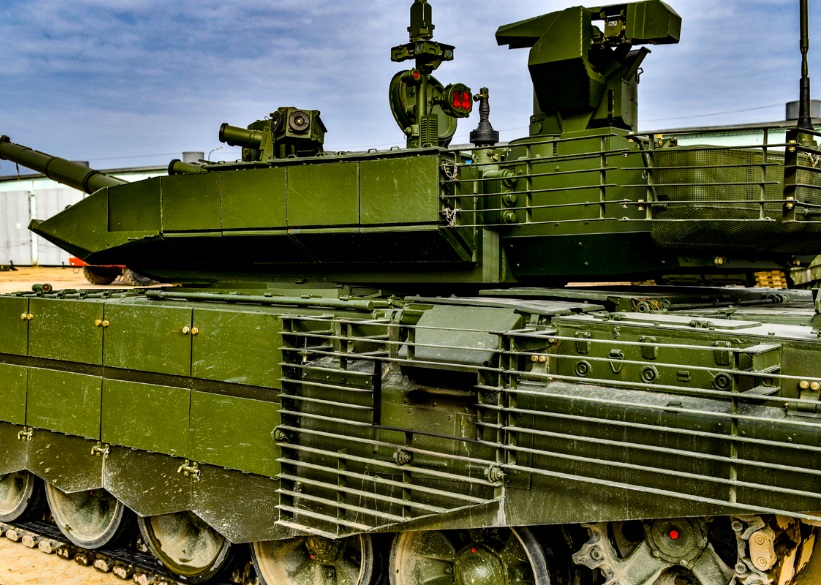 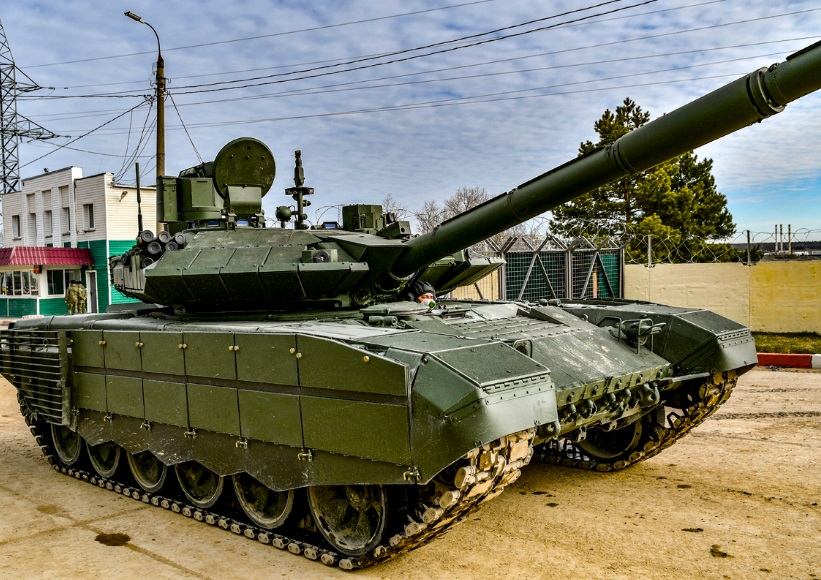 Too bad the driver has to wear a mask.  Kinda spoils the joy of that new-tank smell....

Those optical ports either side of the gun are interesting... with covers over them...

Perhaps the replacement for SHTORA dazzlers?

That would be where you would place them...
Hole

This are sensors for the laser warning system. The same are to be found on the sides of the turret. 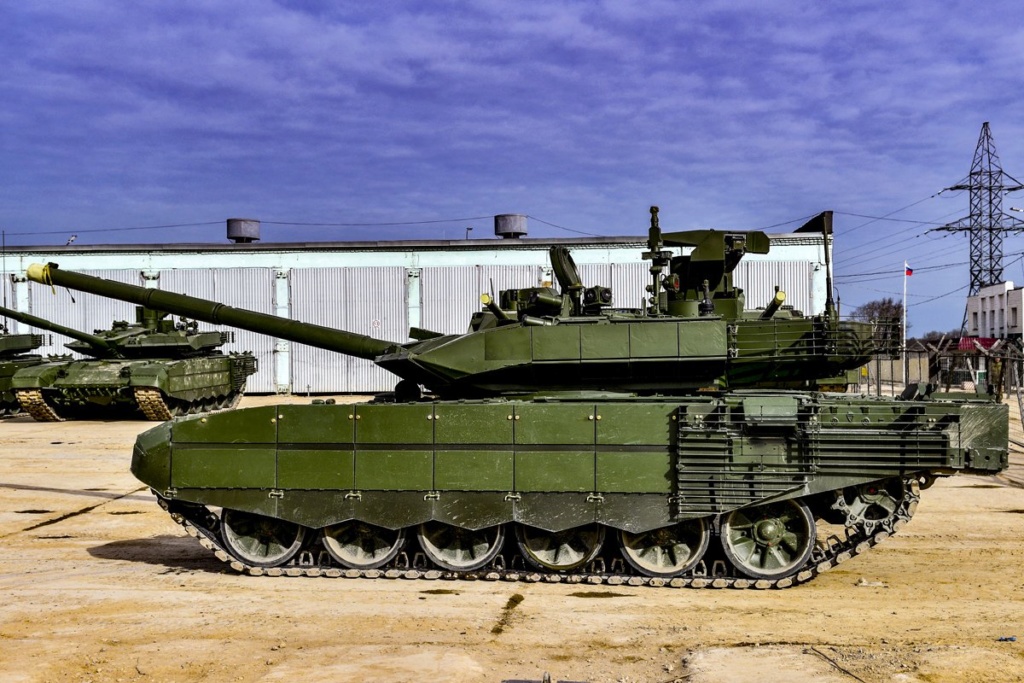 No, the laser warning detection systems are different.... and are present on vehicles with Shtora, but not in this location... that is the location for the dazzlers because when the laser detectors detect a laser or incoming missile the turret is automatically turned to face the threat... pointing the main armament at the direction the threat is coming from and also pointing the dazzlers where they are needed when they are needed...
Hole 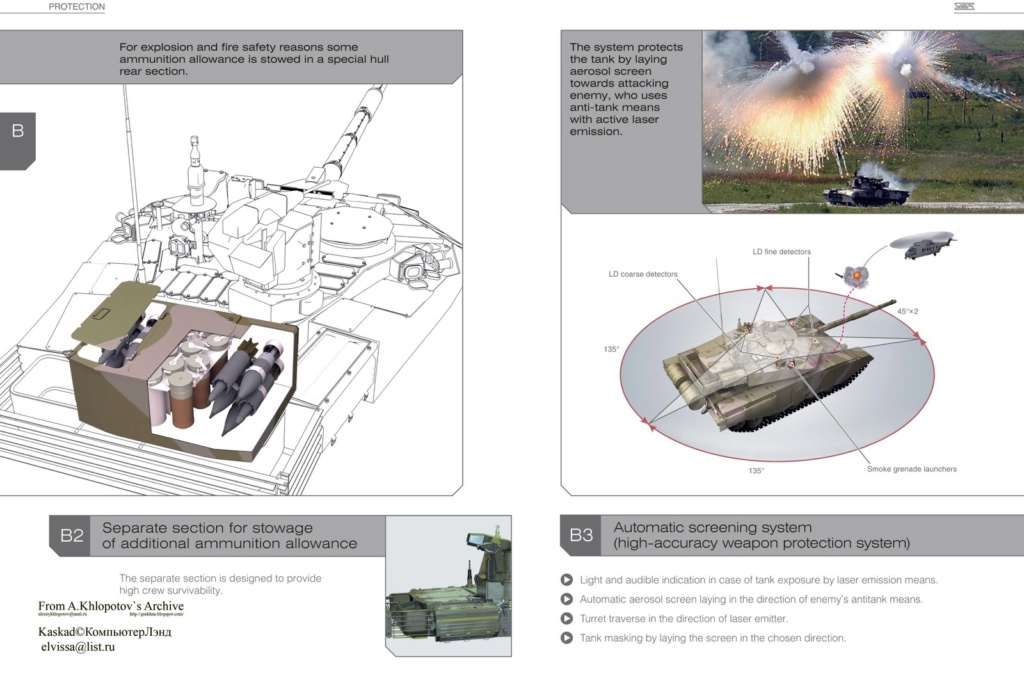 That is interesting... they only have a single sensor facing forwards on each side, which is why I assumed they were different from the side mounted sensors,which have two ports to increase angle of detection, but according to the material you posted the forward facing sensors are more precise and accurate and can more accurately determine the location of the laser, so smoke grenades can be launched to a useful position to prevent the laser marking the tank properly... and potentially also for the gunner to perhaps get in a shot with HE before the laser operator is obscured...
George1

The Izvestia newspaper, in the material by Roman Kretsul and Alexei Ramm, Tank Breakthrough: Troops in Central Russia will be equipped withT-90M, reported that the first T-90A tanks, which will undergo modernization to the level of T-90M, will be these of the Russian 7th military base in Gudauta in Abkhazia. By the summer of 2020, T-90A tanks will be removed from the 7th base (in which they have been in the same tank battalion since February 2009) and sent for modernization to JSC Uralvagonzavod Scientific Industrial Corporation, and instead of them, the 7th base will receive modernized T-72B3 tanks. After modernization, the former “Abkhazian” T-90Ms will be sent to parts of the Western Military District (ZVO).

On the bmpd side, we recall that the Ministry of Defense of Russia, under three contracts with UVZ, contracted 160 T-90M tanks in 2017-2019 (Object 188M, Proryv-3 development center), but only 10 of them should be of a new UVZ construction (the other day, as you can judge, it was they who were transferred to the 2nd Guards Taman Motorized Rifle Division of the 1st Guards Tank Army ZVO), and the rest should be modernized from the T-90A combat tanks.

GarryB wrote:That is interesting... they only have a single sensor facing forwards on each side, which is why I assumed they were different from the side mounted sensors,which have two ports to increase angle of detection, but according to the material you posted the forward facing sensors are more precise and accurate and can more accurately determine the location of the laser, so smoke grenades can be launched to a useful position to prevent the laser marking the tank properly... and potentially also for the gunner to perhaps get in a shot with HE before the laser operator is obscured...

Have you seen a video of that Infauna vehicle which accompanies columns of tanks/trucks? It looks nearly like a warship firing chaff/flare grenades.
GarryB

Funny you mention warships... their warships have enormous flare and chaff and smoke generating systems too...
Isos 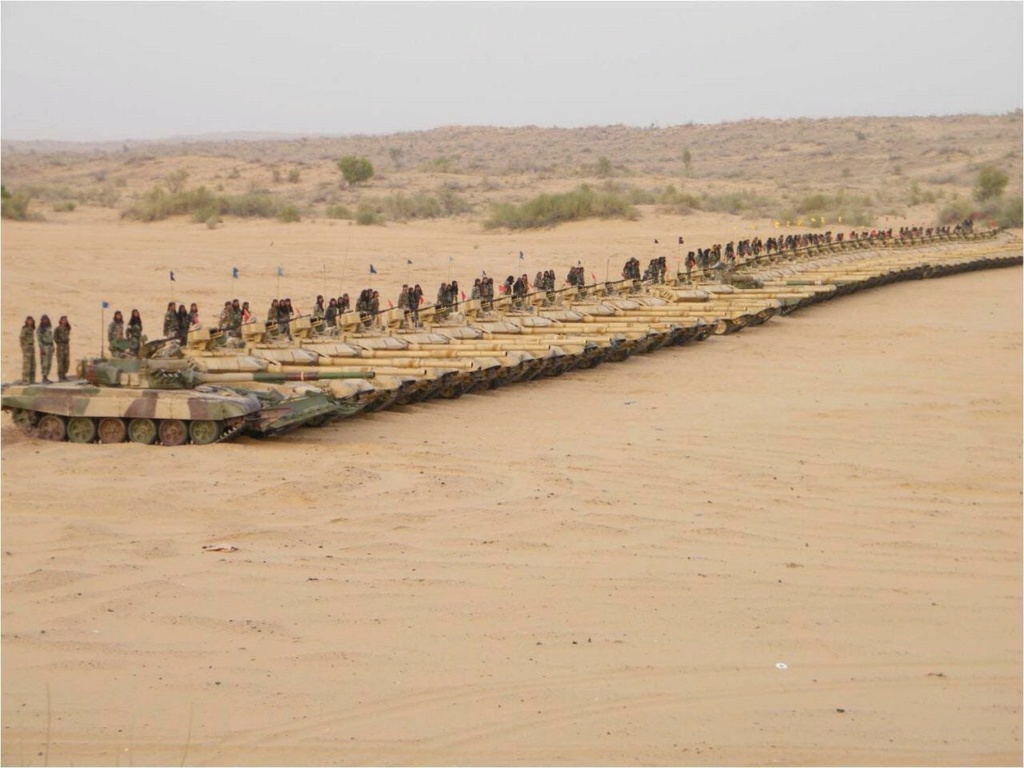 Was it a net or a whole lot of chains with weights at the bottom?

Perhaps they hit the driver on the head too much...

Was it a net or a whole lot of chains with weights at the bottom?

Perhaps they hit the driver on the head too much... 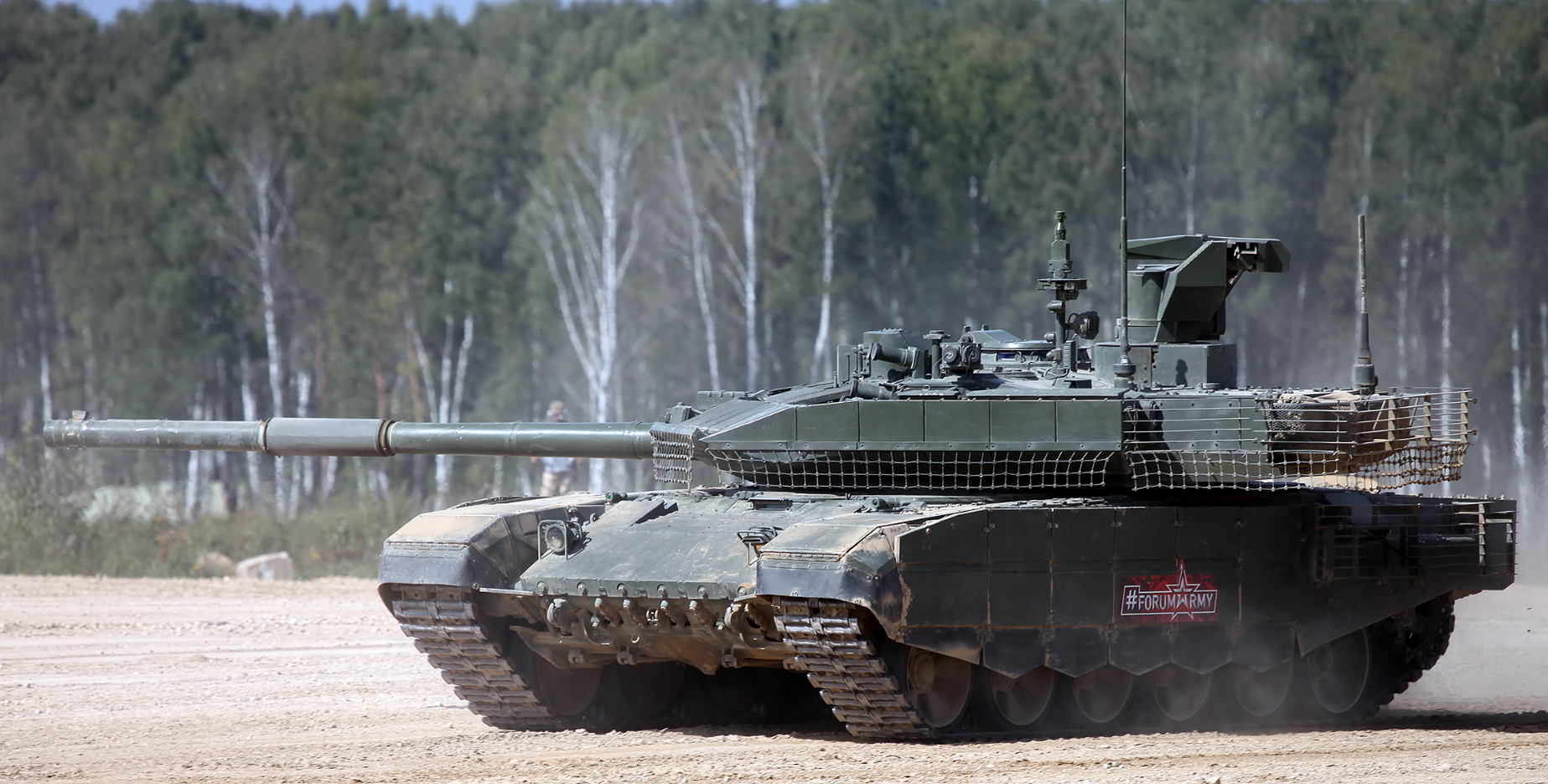 Remember that with the Armata all three crew are in the hull, so having netting there will be a pain in the backside for all three crew members getting in or out of the vehicle, while an enemy hit to the weak turret ring location on the tank is not really that big a deal for the crew... it would likely jam the turret and require the vehicle to retire from the battlefield, but the crew will be fine, the engine and mobility of the vehicle will be fine... and it might not be that hard to fix depending on the damage caused...
PapaDragon

Did it occur to anyone here that the net is simply stored away in equipment compartment until crew decides to install it depending on situation in the field?

It's a net not a spare engine