"Rosteh": Russia and Nigeria signed a contract for delivery of a large batch of helicopters

"The Mi-171Sh machine is in steady demand on the foreign market. A contract with Nigeria was recently signed," Goreslavsky said, commenting on the August contract. According to him, the helicopter is in demand in Africa, and Mozambique is very interested in the rotorcraft.

Rosoboronexport"s top manager said several Mi-35M"s will be also sent to Nigeria, without specifying the number of machines under the contract.

Developed from the Mi-8 airframe, the troop-carrying helicopters Mi-171Sh, with the Mi-8AMTSh version for the Russian market, are produced at the Ulan-Ude Aviation Plant. They can be fitted with missiles and air defense equipment.

The helicopter can carry up to 36 paratroopers or 12 injured on stretchers, and cargo weighing up to 4 tons inside the cabin and on its external sling. Mi-171Sh"s sent to Kazakhstan are equipped with flight navigation and radio communication equipment. The chopper was first deployed by the Russian Army in 2009.

Nigeria will buy arms from Russia to compensate for western nations' refusal to sell the African country much-needed weapons.

"Nigeria has officially reached an arms deal with Russian authorities," a senior military officer told The Anadolu Agency on condition of anonymity as he was not authorized to speak to the media on the subject.

According to the officer, a high-level Nigerian delegation led by the air force chief and national security adviser travelled to Russia last week to negotiate the deal.

"Our team returned to Nigeria on Thursday after a four-day trip," he said.

"Russia has now agreed to supply us with arms," asserted the officer. "Henceforth, we are hopeful of getting arms from Russia."

Nigeria is battling a five-year insurgency by the Boko Haram militant group in the country's northeastern region, where more than 13,000 people, mostly civilians, have been killed and the local economy brought to its knees.

An emboldened Boko Haram recently stepped up its deadly attacks and seized several areas across Adamawa, Borno and Yobe – the three states worst hit by the insurgency – declaring them part of a self-styled "Islamic caliphate."

There have been complaints that Nigerian troops are using "obsolete" arms while insurgents employ sophisticated weapons.

The Nigerian military is reportedly seeking fighter jets and modern arms to tilt the balance in its favor.

"Basically, what we are buying from Russia are fighter jets," said the army officer.

"A war can last many years, if not decades, if both sides rely solely on light arms, which you can get from the black market. In modern warfare, you need air power to establish superiority," said the officer.

Nigerian defense spokesman Chris Olukolade did not respond to AA's requests for comment.

Boko Haram, which first emerged in the early 2000s preaching against government misrule and corruption, became violent after the death of its leader in 2009 while in police custody.

The notorious group has been officially outlawed in Nigeria, Turkey and the United States.

Nigeria turned to Russia after failing for months to convince western countries, especially the U.S., to supply it with arms.

"We had to turn to Russia for arms since the U.S. refuses to sell us arms anymore," the senior military officer told AA.

"No country will be allowed to hold us for ransom," he said.

In a recent interview with AA, Nigerian presidential spokesman Reuben Abati said his country was ready to seal a counterinsurgency cooperation deal with any country willing to help its battle against Boko Haram.

It is not the first time Russia and Nigeria have had a defense arrangement.

The now-defunct Soviet Union had supplied arms to Nigeria during the country's 30-month civil war with renegade Biafra soldiers.

Most western nations sat on the fence during the conflict.

The U.S. a few days ago announced it was discontinuing training for the Nigerian military, a decision Washington said had come at Nigeria's request.

The U.S. described the Nigerian decision as "regrettable."

U.S. Ambassador to Nigeria James Entwistle exacerbated the problem three months ago when he publicly said his country would not sell arms to Nigeria due to fears of human rights abuses by the country's security agencies.

Tempers flared again in November when a top Nigerian envoy to the U.S. brazenly accused Washington of sabotaging Nigeria's counterinsurgency efforts by refusing to sell it much-needed arms.
Viktor

According to the chief of staff (commander) of the Nigerian Air Force Marshal of Aviation Saddique Abubakar, two Mi-35M helicopters were delivered to Nigeria in the early days of January 2017.

Under the contract in 2014 in Nigeria will be delivered 12 of these helicopters - more http://bmpd.livejournal.com/2076839.html 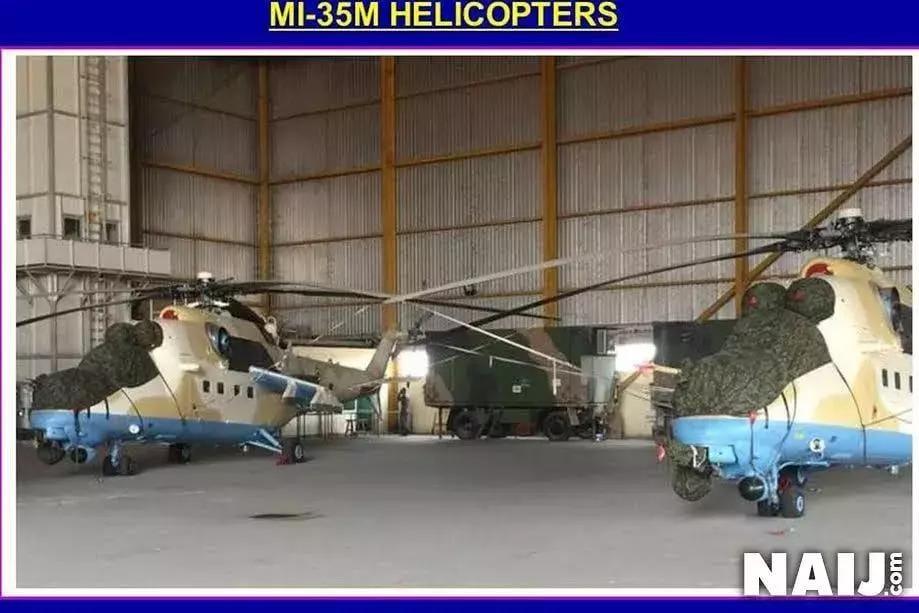 PS: I didnt find thread about sales to Nigeria thats why i am opening this one.

As reported on April 30, 2018 on Facebook.com, the headquarters of the Air Force of Nigeria, Nigerian airbase Makurdi flight of Russian transport aircraft An-124-100 were delivered from Russia, two regular combat helicopters Mi-35M new construction. 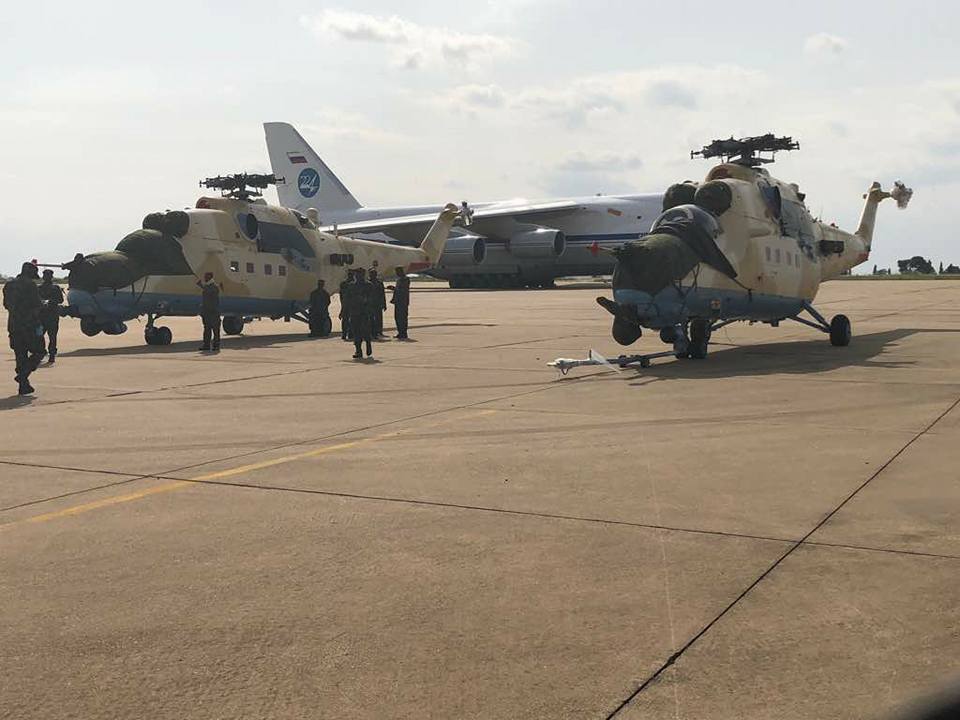 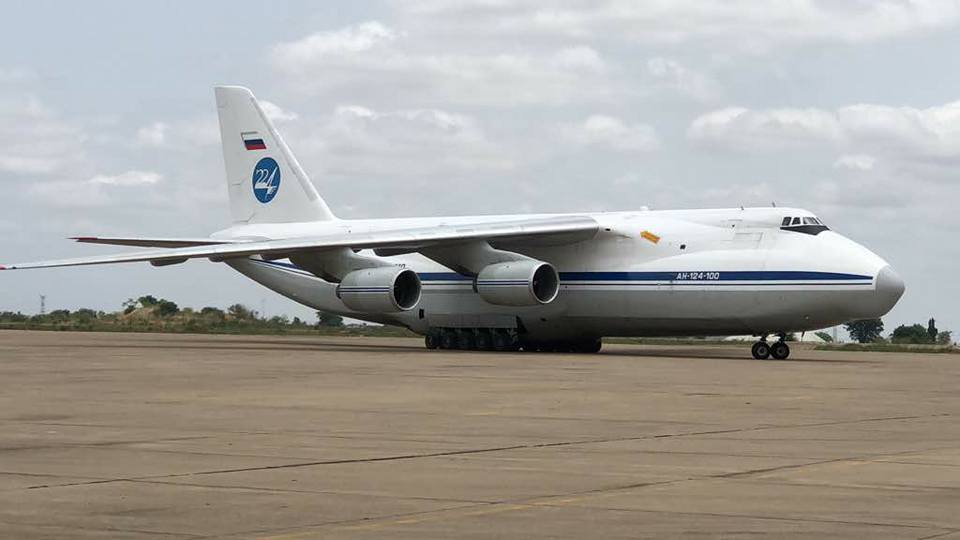 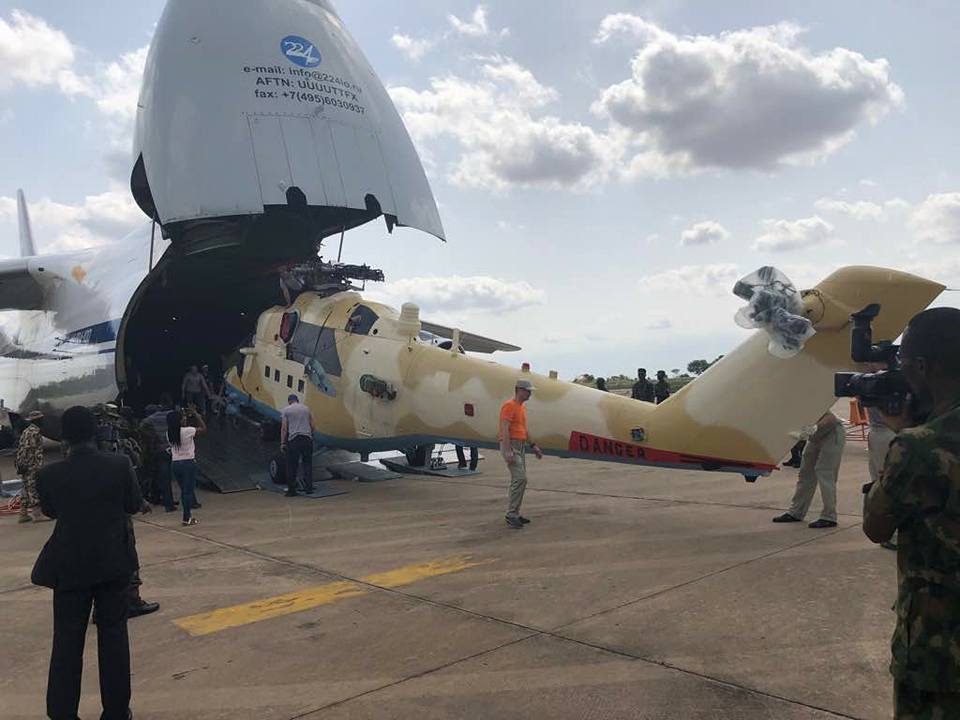 Nigeria is discussing with Russia the purchase of fifth-generation Su-57 fighters, as well as other military equipment. It is reported by RIA Novosti with reference to the Ambassador of Nigeria to Russia, Steve Davis Ugba.

“You also mentioned Su-57 fighters, negotiations are also underway on them. But sanctions against Russia do not help this cause, as you can imagine. Russia is a reliable partner that always fulfills its obligations, ”the ambassador said.

The diplomat also noted that Nigeria is interested in buying helicopters, tanks and other equipment, which is planned to be used, including for the fight against terrorism.

On February 6, 2020, in Abuja, in the presence of the President of Nigeria, Muhammad Bukhari, a solemn ceremony was held for the adoption of the modernized Mi-171E helicopter manufactured by the Ulan-Ude Aviation Plant in the air forces of this African country. 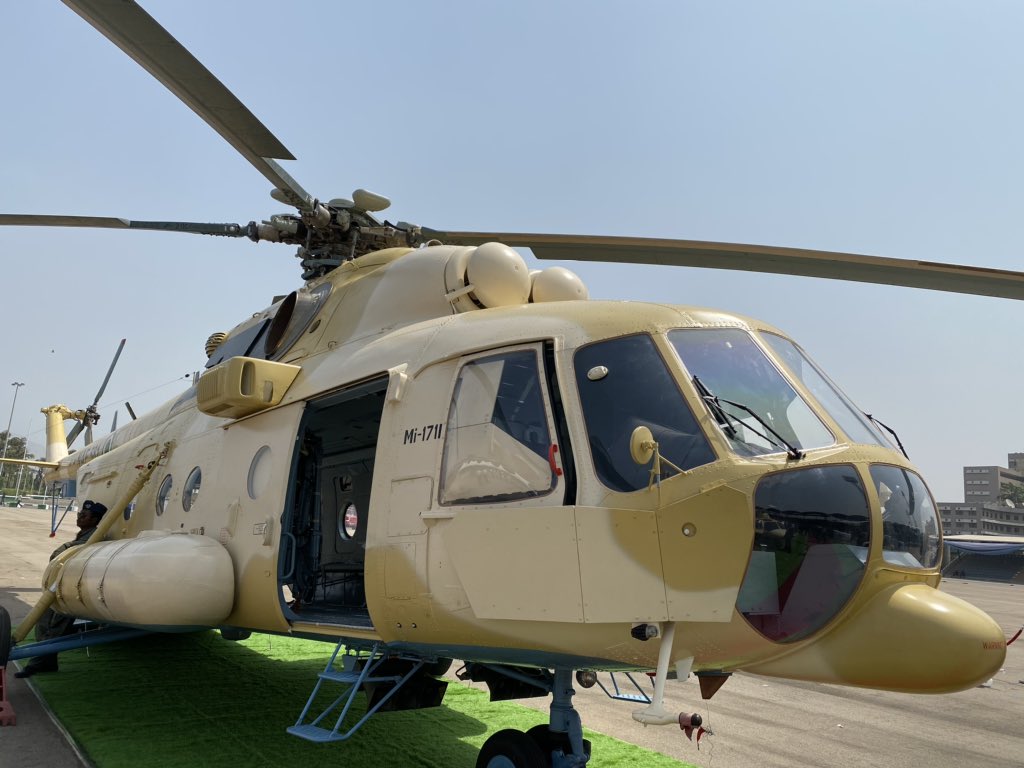 The helicopter received a new tail rotor made of polymeric materials, a swashplate, and a Russian-made VK-2500PS-03 engine with a digital control system such as FADEC. In addition, the machine has a modified stabilizer and a keel beam. As the head of the joint delegation of the Russian Technologies State Corporation at the ADEX-2014 defense exhibition in Baku, the deputy head of Rosoboronexport OJSC Sergey Goreslavsky, declared to journalists on September 12, 2014, Russia signed a major contract for the supply of helicopters with Nigeria. According to him, this happened "very recently" - in August.

As Goreslavsky noted, a contract with Nigeria was concluded for the supply of a “serious number” of Mi-171Sh helicopters and several Mi-35M helicopters.