And also its always best that if they want to increase production, open a new facility. Becomes easier to determine what is needed for equipment, creates new jobs, have a brand new facility of newest requirements, etc etc.

The new tool production site with an area of ​​2.4 thousand square meters will produce tooling and tools intended for assembling parts and assemblies of a number of industrial engines, as well as aircraft power plants NK-32 series 02, NK-12MP, NK-25 and a new promising high-power Izdeliye.

Replacement for French engines used in the Ka-226T and Ansat type helicopters... there is a VK-800V as well, which I think might be better for the Ka-226T at high altitudes...

Good to see these new engines going into serial production.... such small engines were a gap for Russia as most trainers and light helicopters were not made in the Soviet Union...

Completion of the development of a high-power engine for civil aviation PD-35 is shifted by at least two years due to an increase in the production of PD-14, PD-8 and PS-90A engines. About itinformsTASS with reference to the Managing Director - General Designer of UEC-Aviadvigatel JSC Alexander Inozemtsev.

“According to PD-35, we had planned deadlines until 2027-2028. Now, due to all the events, [the deadlines] are being shifted a couple of years to the right, because the funds have now been redistributed to increase the volumes of PD-14, PD-8, PS-90A. This is a forced measure, but nothing stops,” he said on the sidelines of the Perm Engineering and Industrial Forum.

Earlier, Alexander Inozemtsev already spoke about the postponement of the PD-35 engine. “The PD-35 project will go a little slower, with a shift to the right for two or three years, because gigantic money is needed. Without a doubt, we will assemble and test a demonstrator engine by 2024, no matter how hard it is. And then let's move on to the situation. But we will understand for sure, having assembled the engine, where we are in terms of technology, we are creating technologies for the long-haul aircraft market, ”he said on August 18 during the Army-2022 forum. Alexander Inozemtsev added that the main forces will now be applied to replicate the PD-14 and PS-90A engines.

On June 27, the government approved a new program for the development of the aviation industry until 2030. More than 770 billion rubles will be allocated for its implementation. According to the government's new plans, Russian airlines should receive 1,036 domestic aircraft by 2030. Of these, 142 SSJ-New aircraft, 270 MS-21-310 aircraft, 140 Ladoga TVRS-44 aircraft, 70 Il-114-300 aircraft, 178 L-410 and 154 "Baikal" (LMS-901). Deliveries of new helicopters will amount to 764 machines. It is assumed that all this equipment will fly on domestic engines. According to the program, over the next eight years, 4964 aircraft engines of various modifications will be made in Russia.

Flight tests of the PD-8 engine have begun

As reported on December 26, 2022, the Rostec State Corporation, which is part of the United Engine Corporation JSC (UEC), began flight tests of the PD-8 power plant designed for the SSJ NEW short-haul passenger liner and the Be-200 amphibious aircraft installed on the flying laboratory Il-76LL, owned by the LII named after M.M. Gromov JSC "United Aircraft Corporation" (UAC). The main operational data are recorded - speed, pressure, temperature, as well as additional parameters necessary to confirm the design decisions made and ensure the safety of the operation of the power plant.

On the part of bmpd, we point out that, judging by the published photographs, flight tests of a prototype of a promising bypass turbojet engine PD-8 have begun at the LII named after M.M. Gromov in Zhukovsky on an Il-76LL flying laboratory aircraft with registration number "76529". This aircraft (serial number 073410308, serial number 08-07) was originally built in 1977 for the Iraqi Air Force as a military transport aircraft Il-76 of the first modification, in 1989 it was returned to the USSR and converted into a flying laboratory Il-76LL4 (registration number first USSR-76529, then RA -76529) for testing new engines installed under the wing in place of one of the standard D-30KP engines. In 1989-1990, it was used to test the D-236T propfan engine, and in 1990-1994 - to test the D-27 propfan engine. After that, the board was stored in Zhukovsky for 20 years. After repair since November 2015, as an Il-76LL , it was used for flight tests of the PD-14 engine.

The creation of a promising PD-8 engine with a take-off thrust in the basic version of 7900 kg is being carried out by the UEC with the lead role of JSC UEC-Aviadvigatel (Perm). The PD-8 engine is being created for the new maximum "import-substituted" modification of the SSJ100 regional aircraft, called SSJ NEW. It is also possible to replace the engines of the D-436 family of Zaporozhye production with the PD-8 engine, in particular, on the Be-200 amphibious aircraft. In the future, based on the PD-8, it is possible to create a whole line of engines, including the powerful PD-8V helicopter engine. 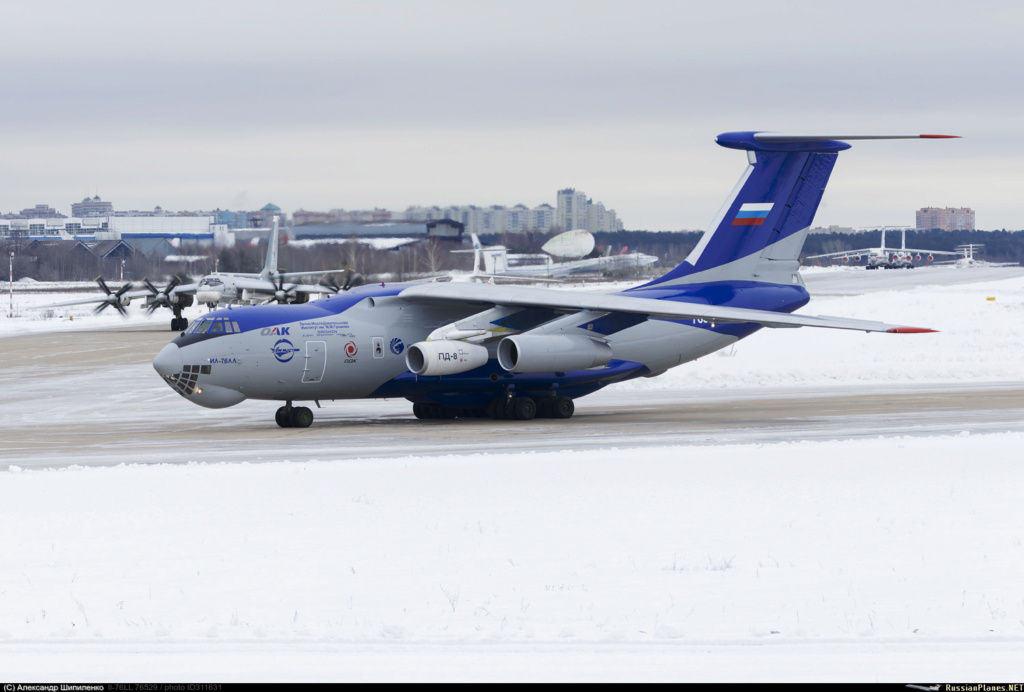 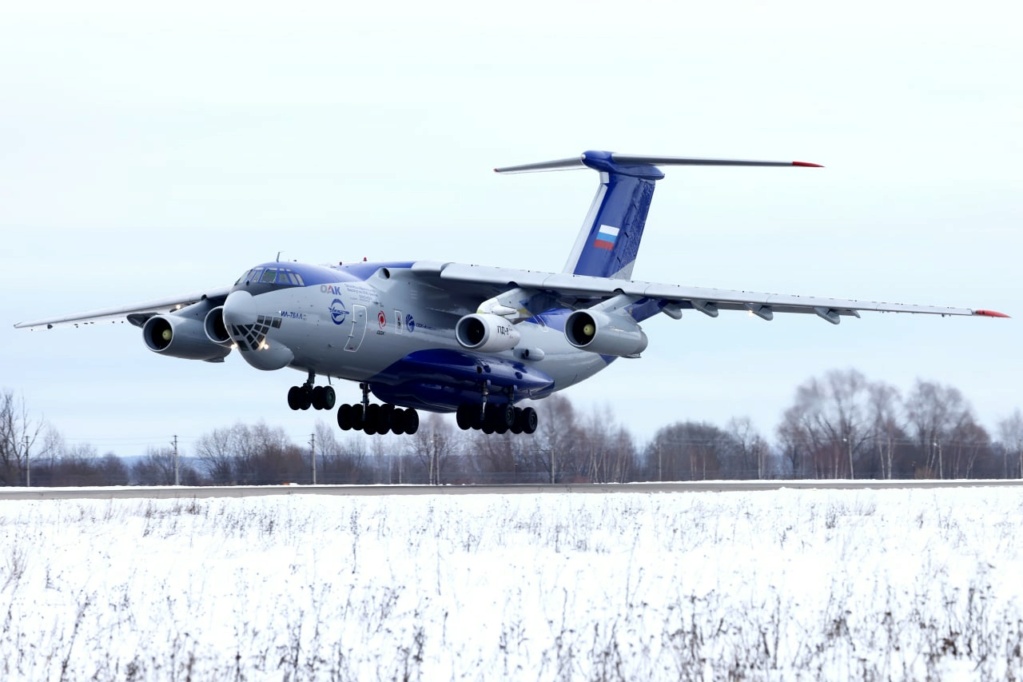 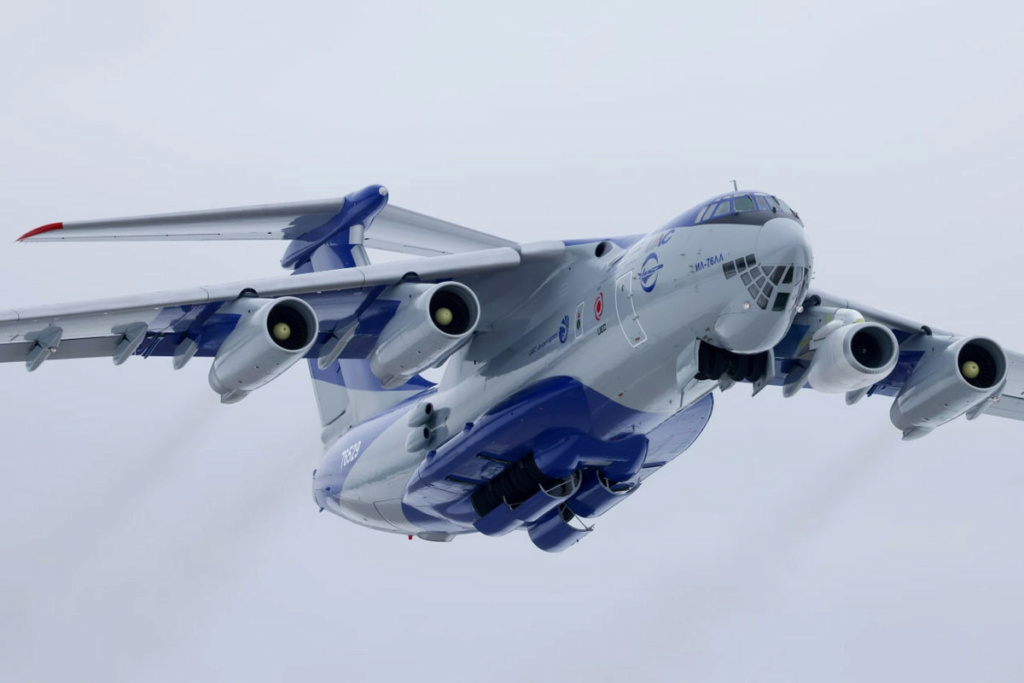 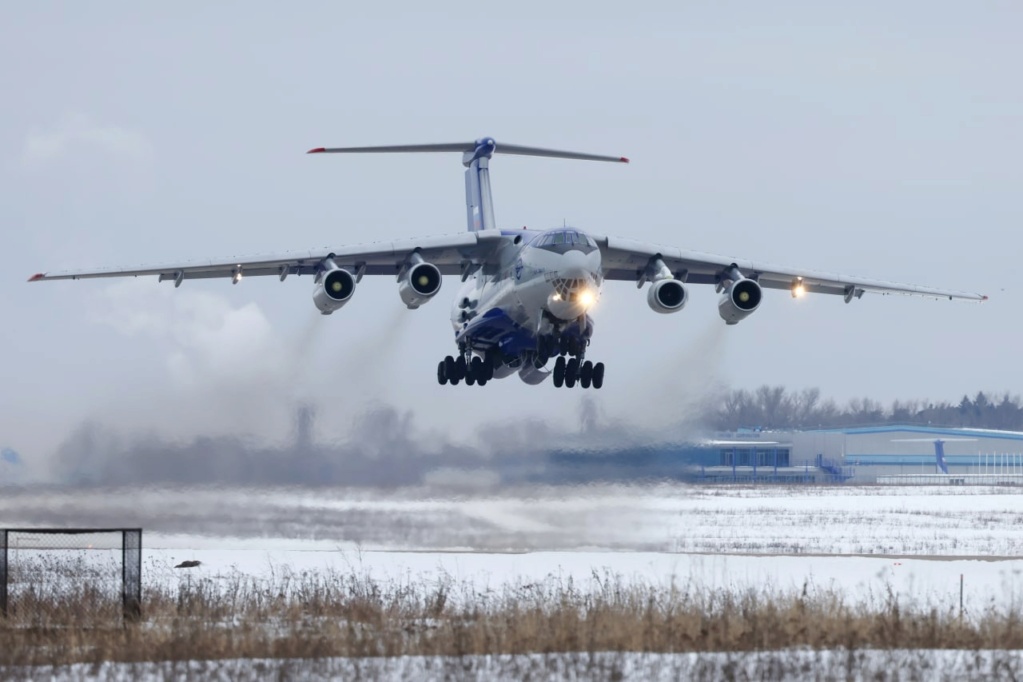 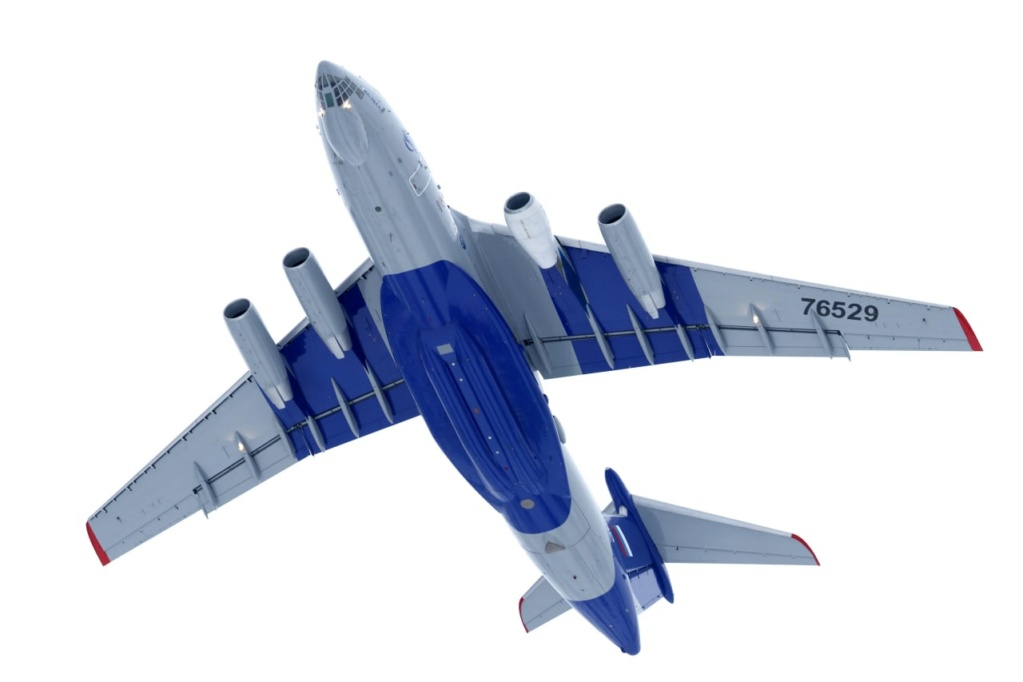 The IL-76LL is a very interesting plane that has been very valuable through the years for testing engines in flight... all the different engine types have been fun to look at... 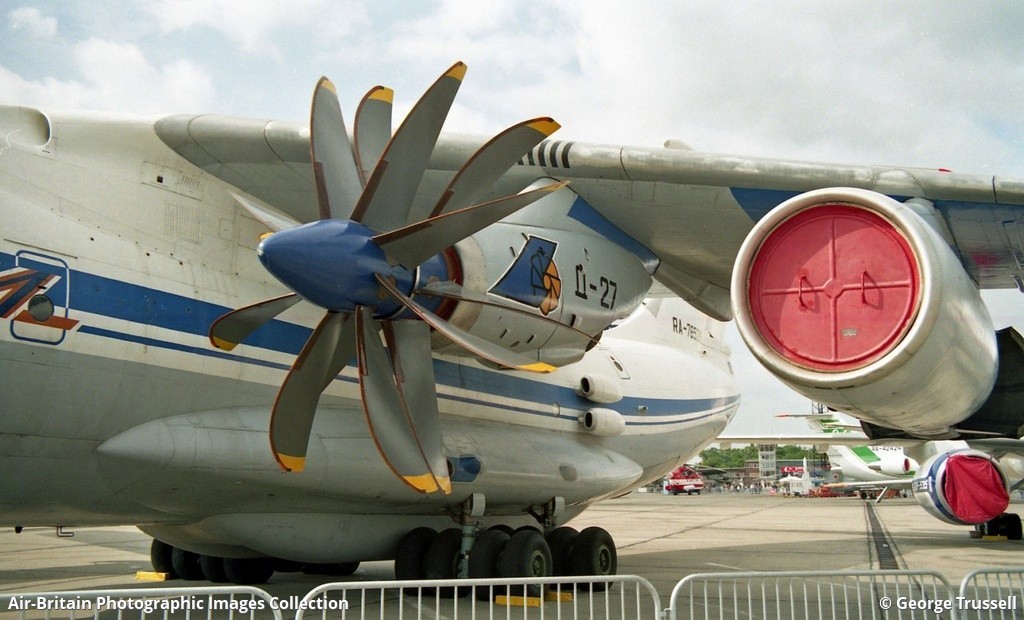 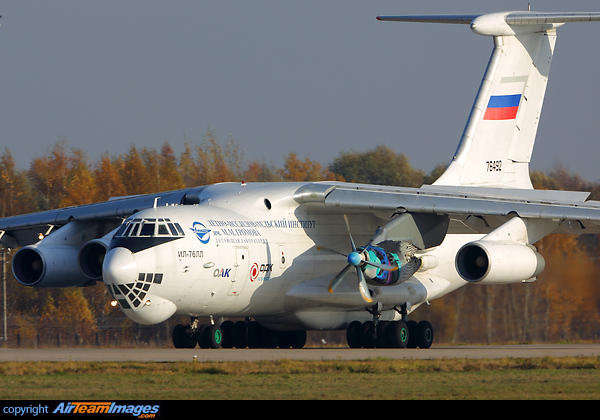 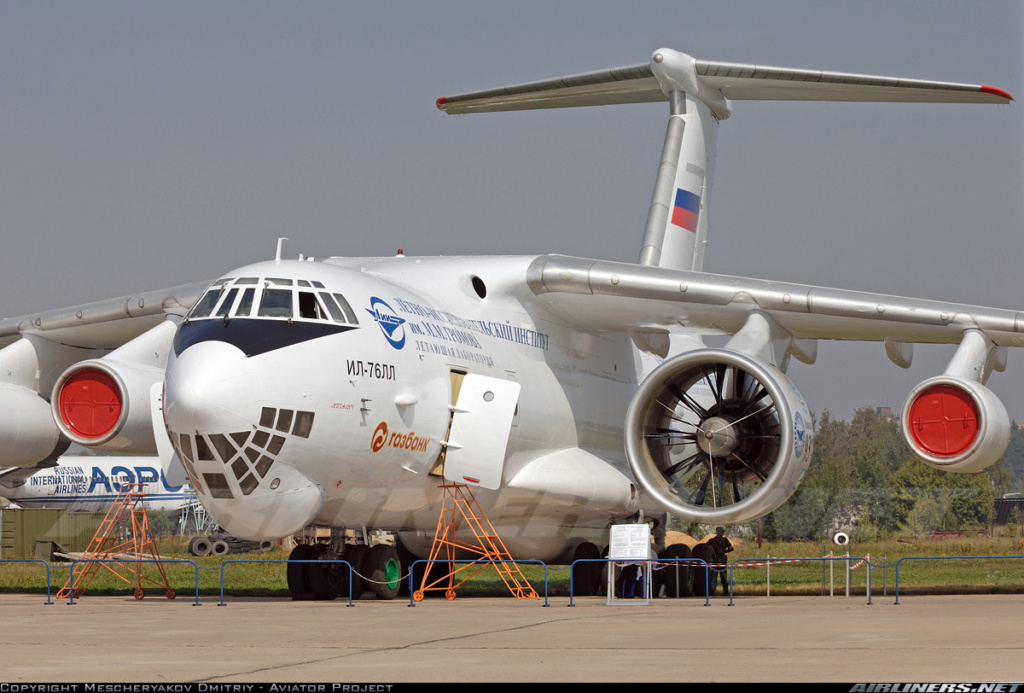 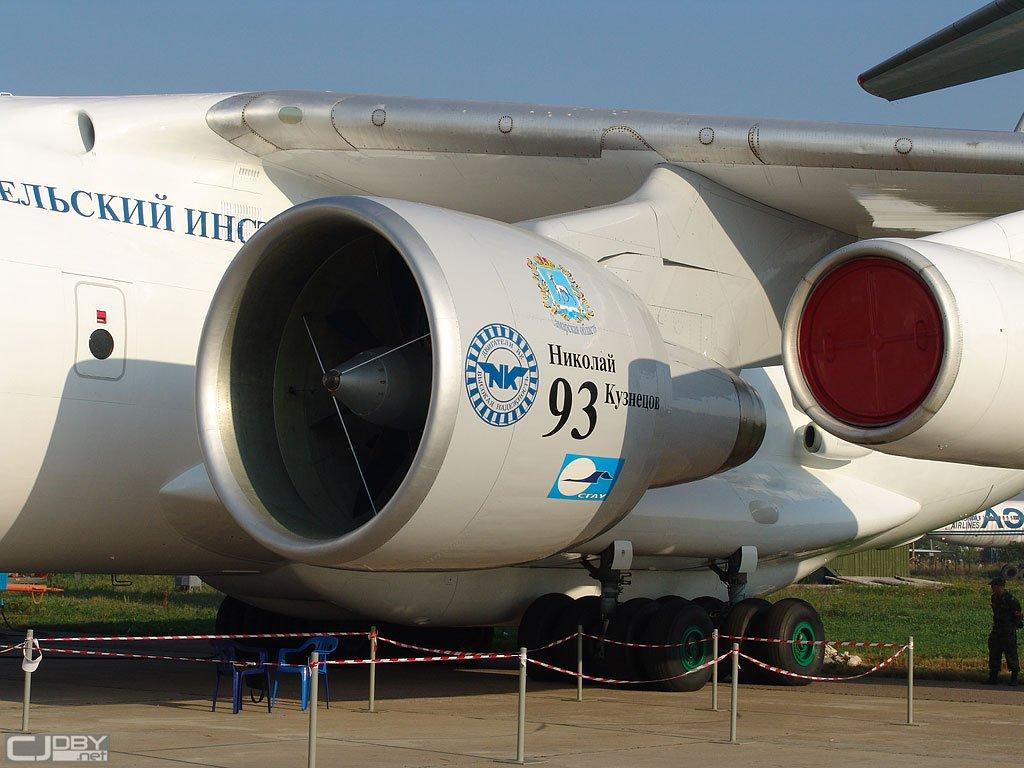 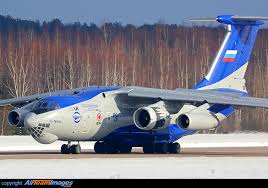 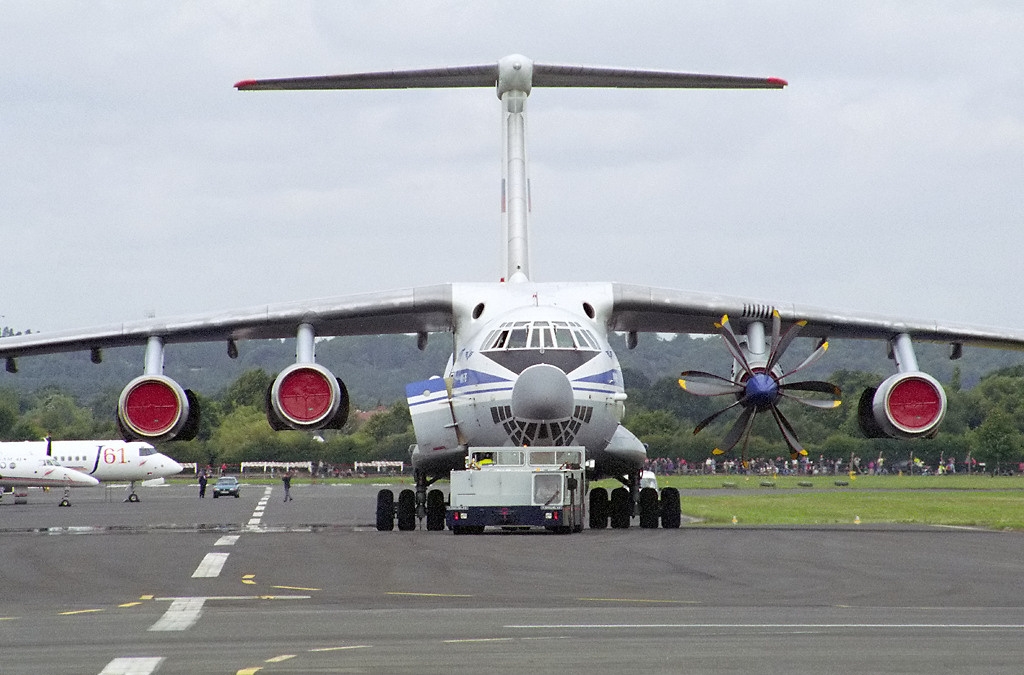 Rostec’s Additive Manufacturing Center (AMC) increased the output of 3D printed products by 179% or by a factor of 2.8. This was announced by Vladislav Kochkurov, General Director of AMC, during the industry-specific forum in Moscow. The “grown” products have lower weight with the required strength performance retained and are used, in particular, in new PD-14 and PD-8 aircraft engines.

Representatives of Rostec, Rosatom and Roskosmos State Corporations, top management of major manufacturers, leading scientists and developers are among the participants of the 4th Leader Forum: Additive Manufacturing - Expand Horizons. Technological development of the country in new geopolitical environment is the main topic of the event.

“Additive manufacturing has become an inherent part of modern industrial processes. The output at Rostec’s Additive Manufacturing Center has grown by 179% during 2022. Russian direct laser growing systems are extensively used for parts manufacturing, including parts for PD-8 and PD-14 aircraft engines. Further fleet replenishment with domestically made systems is planned within the investment program for 2023. In addition, we are launching a 3D printing training program together with Moscow Aviation Institute,” Said Vladislav Kochkurov, General Director of AMC.