As if they don't have other things to spend $ on!

Unless they plan on going after Japan

As if they don't have other things to spend $ on!

Unless they plan on going after Japan

In case of reunification North Korea will have the nuks and South Korea the nuclear submarines ==》 nuclear triade.
Tsavo Lion

South Korea's Chief of Naval Operations Admiral Sim Seung-seob was quoted by the media outlet as saying that a nuclear-powered submarine "is deemed most effective in detecting and destroying North Korea's subs armed with submarine-launched ballistic missiles (SLBM), as it is capable of carrying out operations underwater for a longer period of time".
"We recognise the usefulness and the necessity of a nuclear-powered submarine because it is a useful deterrent force in responding to North Korea and neighbouring countries at the same time," he added.
https://www.janes.com/article/91822/rokn-task-force-examines-potential-construction-of-nuclear-powered-submarines

NK BM subs can use the Yellow Sea as a bastion- SK SSNs will be detected there before that get anywhere close to their bases & operating areas.

In case of reunification North Korea will have the nuks and South Korea the nuclear submarines ==》 nuclear triade.

It consists of ground, air and sea launched nuclear weapons. Not necessarly long range bombers and ICBM and SSBN.

North Korea has plenty of ballistic missiles. South korea has subs and destroyers with cruise missiles and it has air launched german Taurus missile on their f-15 that they could retro-engineer with a nuk warhead.

Their main threat are China and Japan. It is more than enough and it would form a nuclear triade. They would end up with a nuclear force similar to Israel.
Tsavo Lion

Will they have their nukes under a single unified command during a crisis? Is it even possible with 2 heads of state, given that they r not united yet? Besides, it's not a given that SK will get nukes- they know that NK nukes exist to ensure against US bombing/invasion, & SK artillery & PGMs r enough to strike back at NK.

Their main threat are China and Japan.

China isn't a threat to SK anymore, she can use her NK ally to keep her in line. USFK will be reduced again, & SK may eventually ask them all to leave. China also needs SK as an ally against Japan.

As the South Korean news agency Yonhap reported on May 7, 2020, citing a statement by a representative of the South Korean government, "last month" the South Korean Ministry of National Defense carried out the first successful test launch of a new national-developed ballistic missile Hyunmoo 4. The exact launch date was not announced.

The test was carried out from a missile test site of the Agency for Defense Development (ADD) of the Ministry of National Defense of South Korea in Anhyn (Chuncheon Namdo Province) on the west coast of South Korea. It is reported that two test launches were made, but only one was successful.

Earlier, South Korea tried to make the first flight test of the Hyunmoo 4 rocket in Anhui from March 16 to 22, 2020, but, according to reports, both launches made then were unsuccessful.

In October 2017, U.S. President Donald Trump agreed to the next review of the US-South Korean Missile Development Agreement (Missile Development Guideline), allowing the South Korean side to create rockets with a maximum range of up to 800 km and warhead weight of up to 2000 kg. This allowed South Korea to launch OCD on the Hyunmoo 4 rocket with a warhead of this mass.

Recall that the United States, for political reasons, prevented the creation of long-range missiles in South Korea, and still keep South Korean missile developments under contract control. In the 1970-1980s, the first South Korean operational-tactical ballistic missile Hyunmoo 1 with a firing range of up to 180 km, which was "legalized" only by agreement with the USA, was actually developed in secret from South America on the basis of the old American Nike Hercules anti-aircraft missile in South Korea. 1990 year. In 1997, the United States and South Korea signed the Missile Development Guideline, which gave the South Korean side the right to develop ballistic missiles with a range of up to 300 km and a warhead weighing up to 500 kg, which was reinforced by South Korea’s accession to the Missile Technology Control Regime in 2001.

As a result, in South Korea, under the auspices of ADD, the Hyunmoo 2 operational-tactical solid-fuel ballistic missile (now designated Hyunmoo 2A) was developed with a range of up to 300 km and a warhead weight of up to 500 kg, which entered service in 2011.

Now, with a new revision of the missile development agreement in 2017, South Korea was able to increase the mass of the warhead of missiles with a range of 800 km from previously allowed 500 kg to 2000 kg, which led to the creation of the Hyunmoo 4 rocket.

The Hyunmoo 2 and Hyunmoo 4 missiles were developed under the auspices of the Defense Development Agency (ADD) of the Department of National Defense of South Korea with the participation of the broad cooperation of South Korean defense companies. The direct manufacturer of the Hyunmoo 2 series missiles is Hanwha Corporation. Moreover, the appearance of the Hyunmoo 2 series missiles looks very similar to the Russian ballistic missile 9M723 of the Iskander-M complex, which gives rise to speculation that Russian enterprises may have provided some assistance in the development of South Korean missiles, especially since cooperation in The 2000s and 2010s of a number of Russian defense companies (in particular, NPO Mashinostroeniya OJSC) with the South Korean side in developing combat missile systems (including airborne, anti-theft and anti-aircraft) have been known for quite some time.

It should be noted that at the same time, South Korea has also been developing and since 2006 has been manufacturing and deploying the Hyunmoo 3 (Tianlong) family of ground and sea-based cruise missiles, in several versions, whose range has increased from 500 to 1,500 km (warhead weight to 500 kg).

It is reported that the purchase has been approved:

- four new-generation Baekdu radio and radio reconnaissance aircraft on a commercial platform worth 780 billion won ($ 648 million) in 2021-2026. Now South Korea has six Baekdu aircraft, and four of them (the so-called Baekdu I based on Hawker 800XP business jets, commissioned in 2000) and are planned to be replaced with new aircraft. Two other aircraft (Baekdu II) based on the Dassault Falcon 2000S business jets were commissioned in 2017.

- 20 KAI TA-50 combat training aircraft in the new upgraded version of Block II, for use as transitional ones in training fighter aircraft. The purchase price is 1 trillion won ($ 830 million), delivery by 2024. It is reported that the TA-50 Block II aircraft will be practically analogs of the light combat aircraft FA-50, but with a somewhat simplified composition of equipment (in particular, without Link 16 equipment). To date, the South Korean Air Force has purchased 60 T-50s, 22 TA-50s and 60 FA-50s. 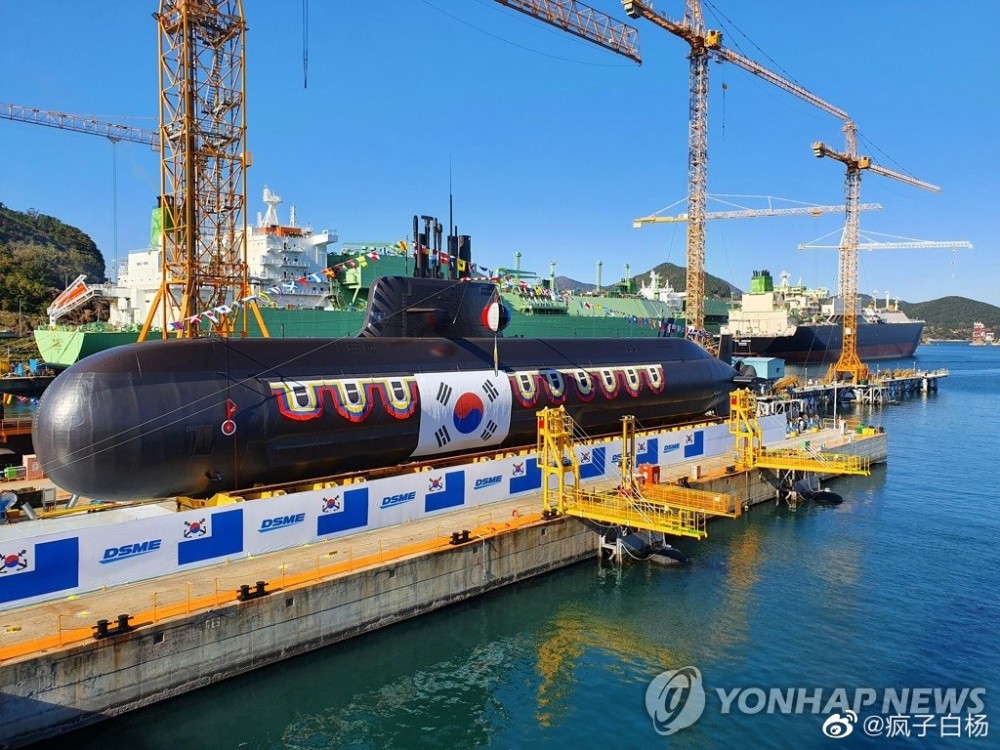 On November 12, 2020, a ceremony was held in South Korea for the transfer of the first battery of the upgraded Cheongung (KM-SAM) Block 2 air defense system to the troops. targets up to 50 km, and an altitude of up to 20 km.
It should be noted that the Cheongung (KM-SAM) Block 2 air defense system was developed with the active assistance of the Russian JSC Concern VKO Almaz-Antey. The Russian side was responsible for the creation of a multifunctional radar and command post of the complex, as well as an anti-aircraft guided missile (based on missiles series 9M96). 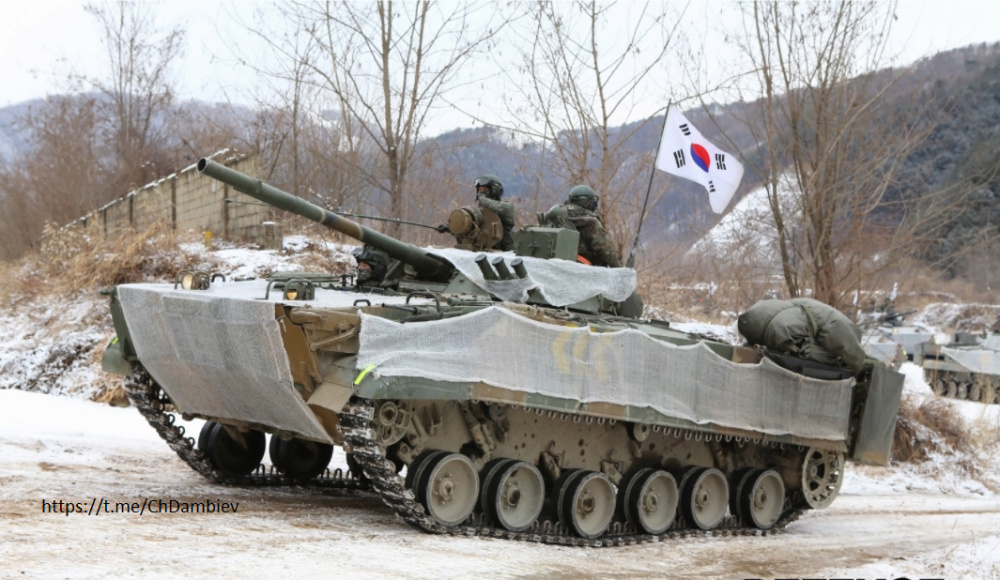 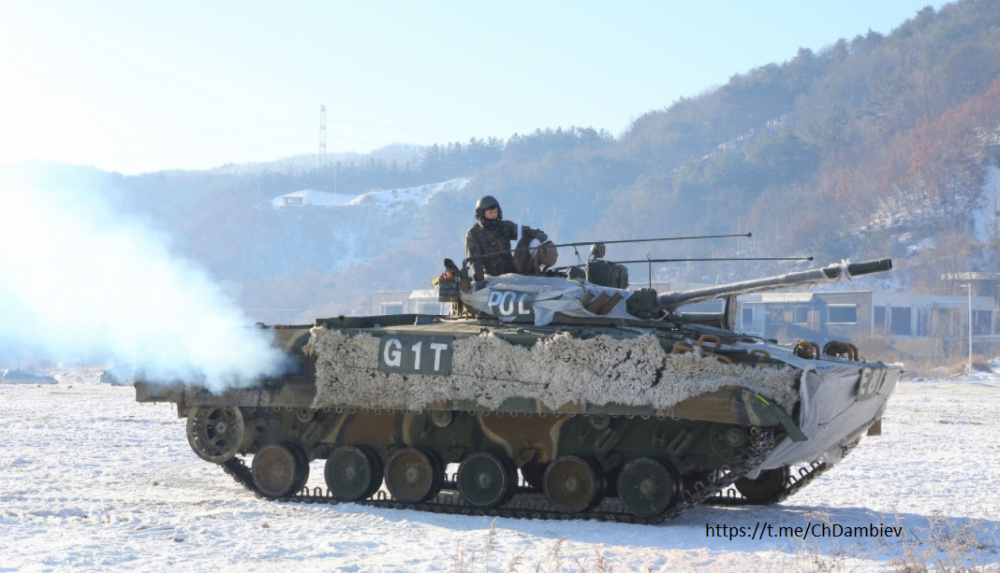 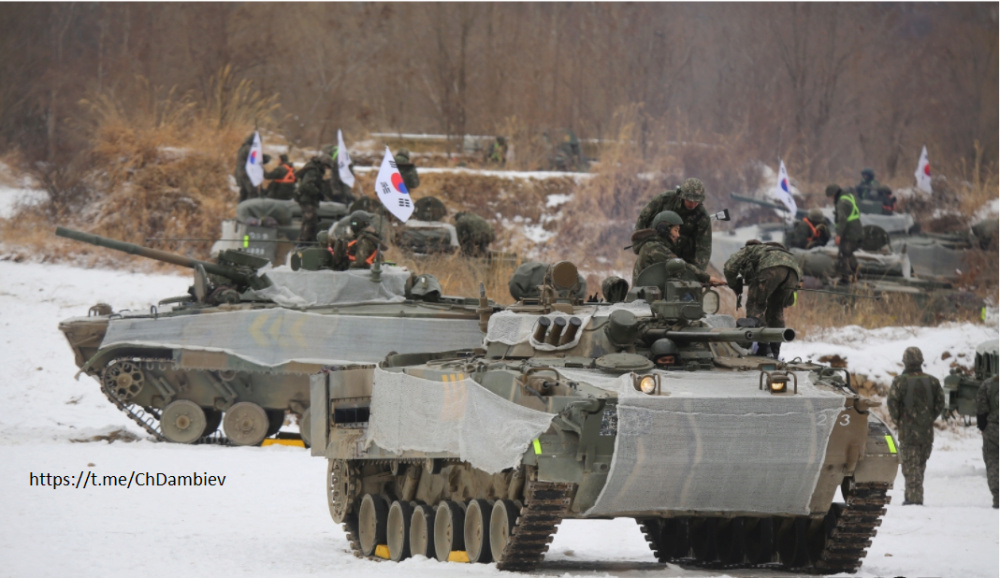 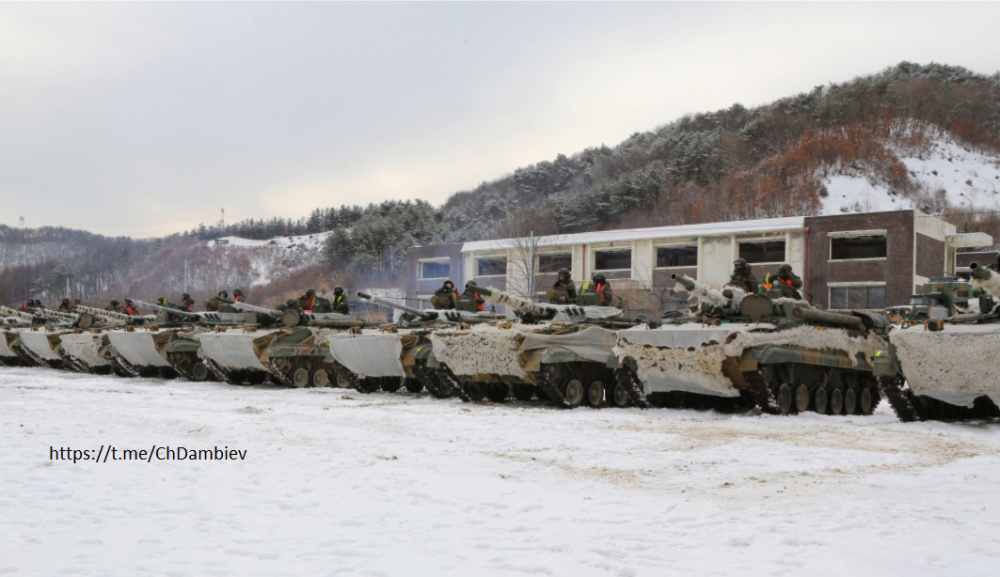 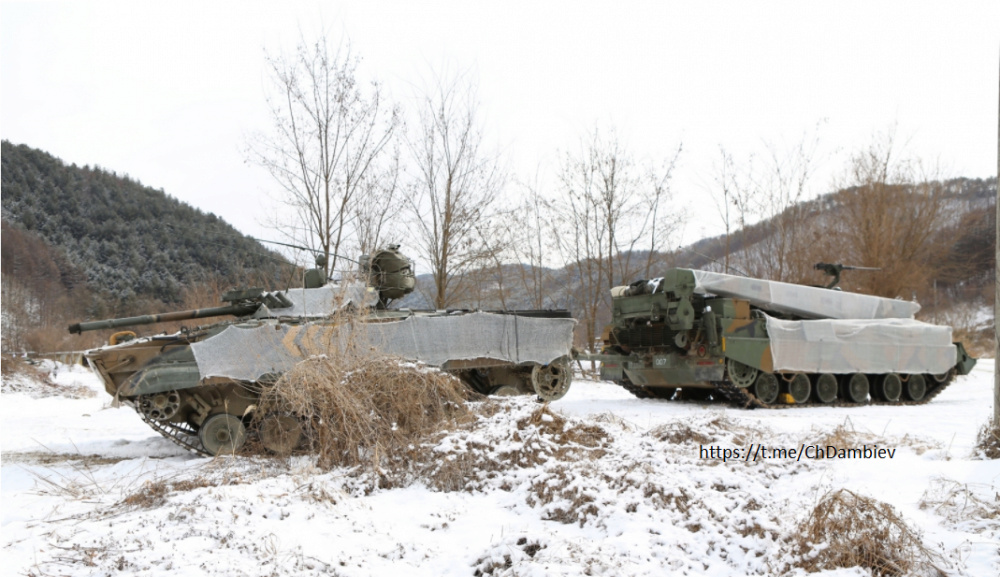 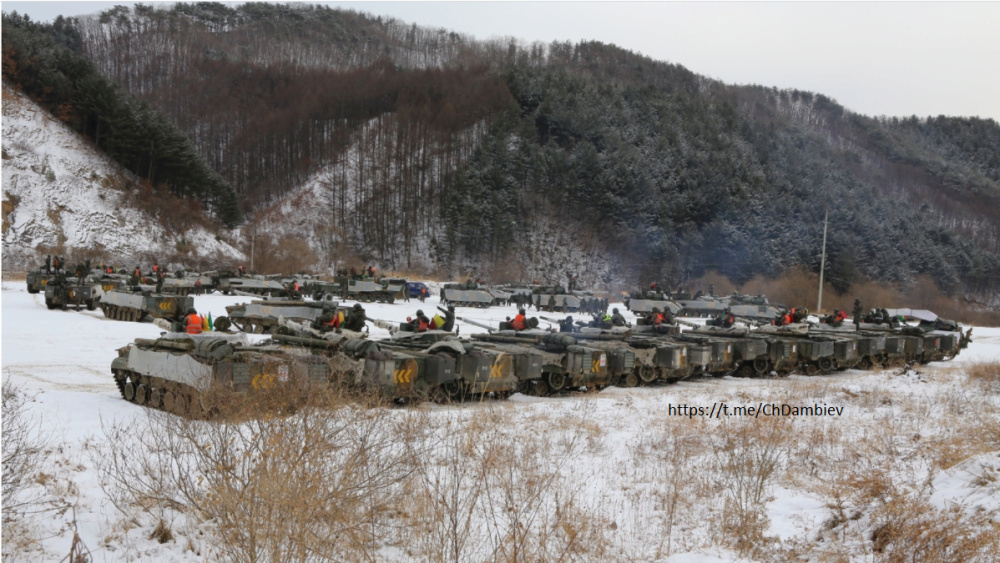 Once the 3rd boat is active, 1 will be on patrol at all times.
The Japanese won't be happy about it I'm sure, as they don't have any SSBs.
George1

The new KF-21 Stealth fighter demo was rolled out on 9 april.

On May 3, 2021, at the shipyard of the Daewoo Shipbuilding & Marine Engineering Co. (DSME) in Okpo, the launching ceremony of the frigate 대전 광역시 / Daejeon (tail number 823) - the fifth ship of the FFX type of the second series (Batch II), designated as a type Daegu. In total, the South Korean Navy plans to have eight FFX-class frigates of the second series. The frigates of this series have a standard displacement of 2800 tons, a total displacement of 3600 tons and a hull length of 122 meters, in addition to the standard two four-container launchers of the Haeseong anti-ship missile system, a 16-charge KVLS UVP is also installed. The hangar of the ship has been increased in order to ensure the basing of the KAI Surion medium anti-submarine helicopter in the future. The frigates of the second series are equipped with the SQR-220KA1 towed GUS. 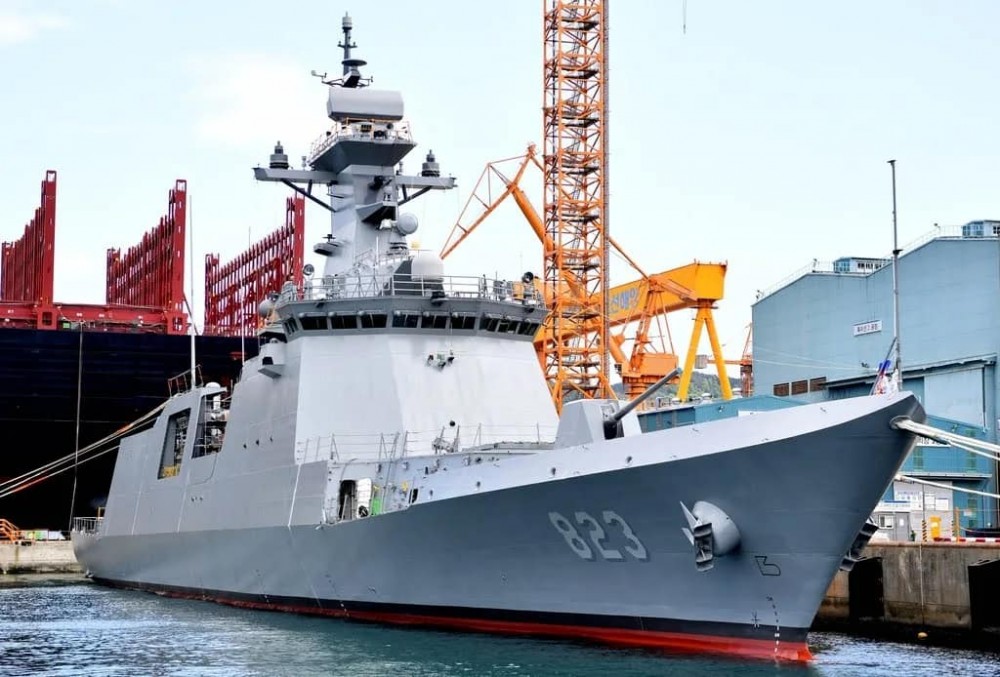 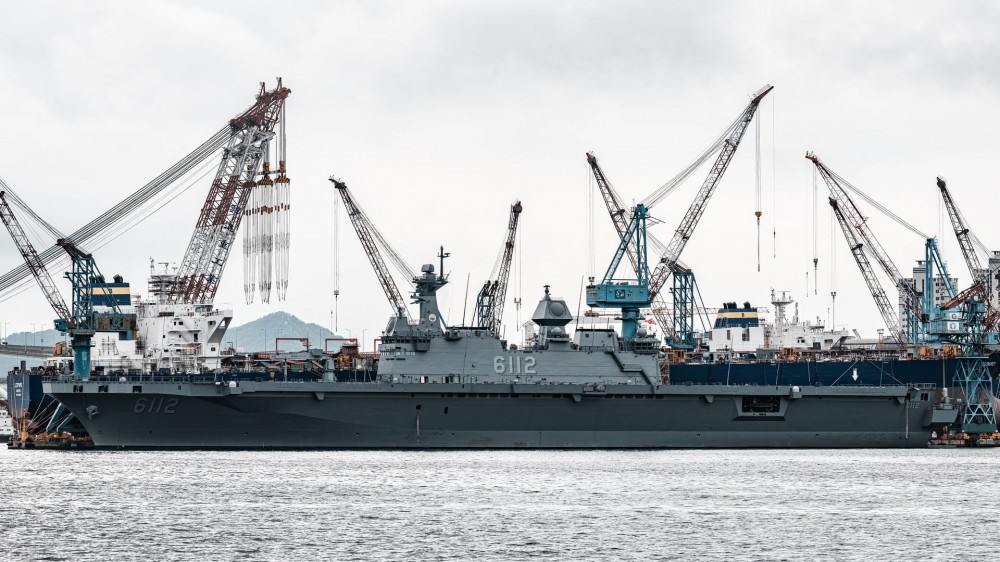 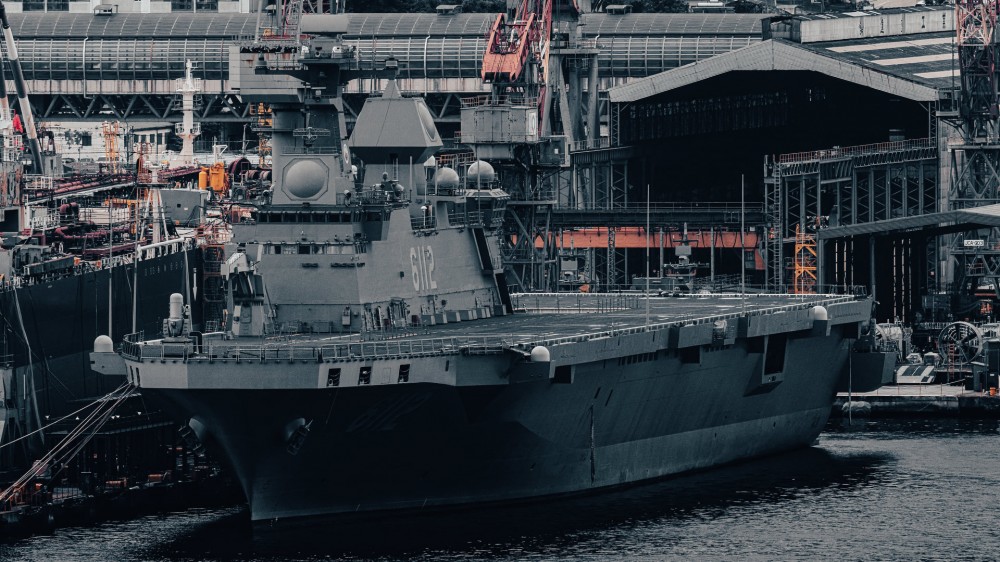 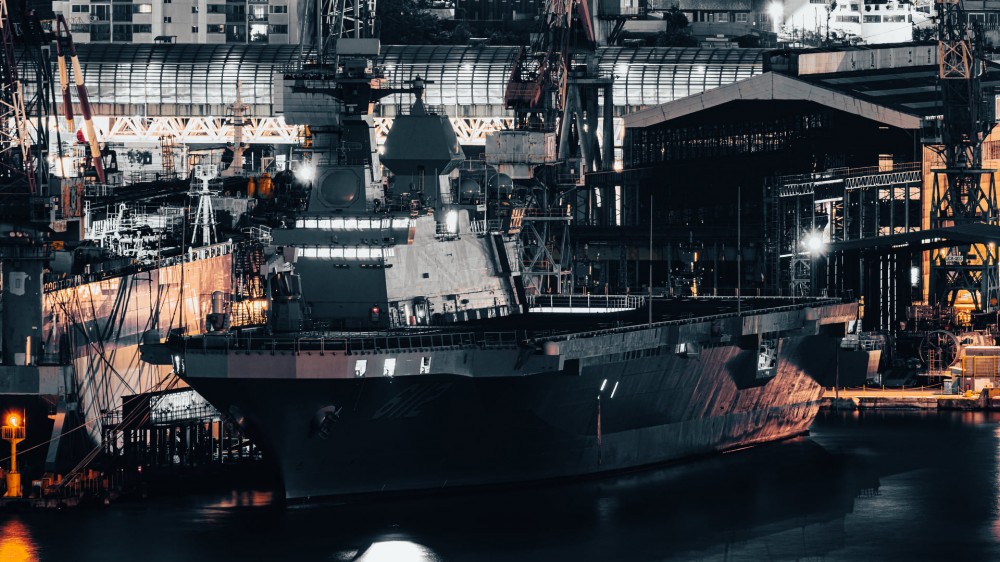 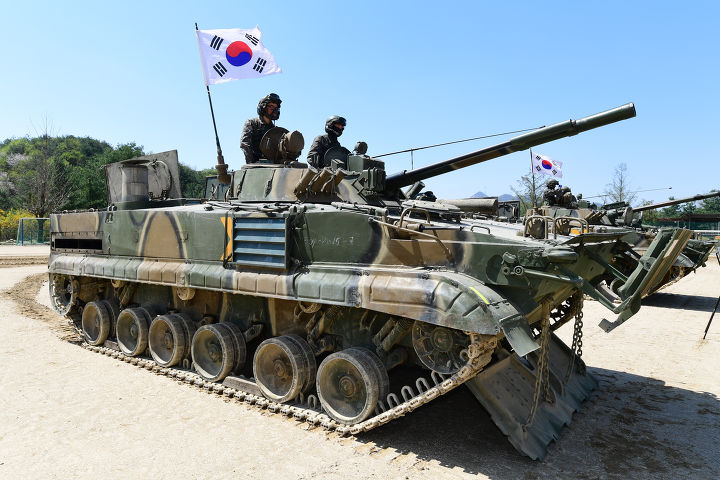 There was some discussion if Russia should buy those stuff back, but I don't know if any results were achieved.

South Korea launched a new destroyer on July 28, the Jeongjo the Great . Part of the Sejong the Great-class its the 4th ship in the class but with several updates.
Its now 170 meters long and over 10.000 tons fully load getting close to the Chinese Type-55 in size. 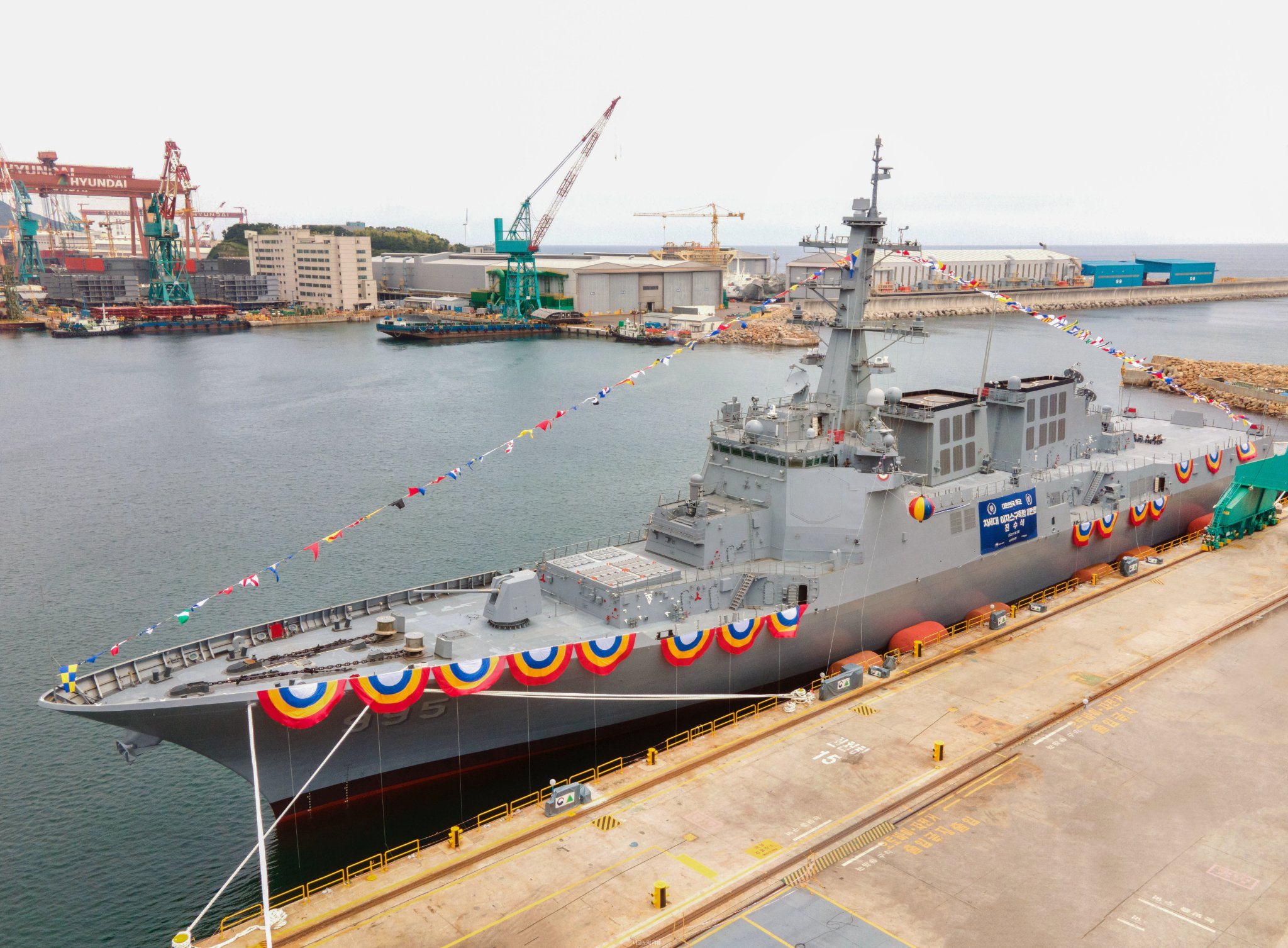