40N6 missile is one stage engine.  It is very similar to 48N6DM.  Slightly longer and heavier.  It has a lighter warhead. 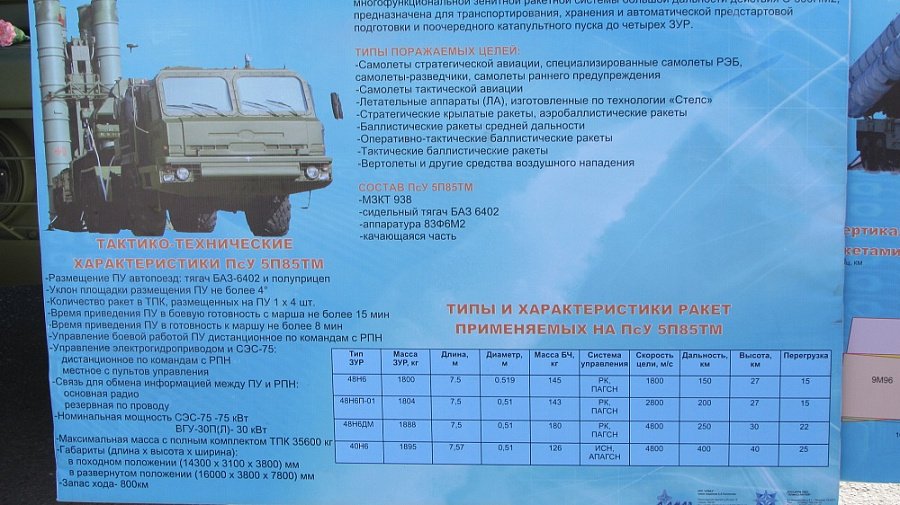 Arrow wrote:40N6 missile is one stage engine.  It is very similar to 48N6DM.  Slightly longer and heavier.  It has a lighter warhead.

In that case the range improvement to around twice that of the 48N6E2 is because of a much larger motor casing with a larger propellant load.

Probably improved propellent but also a lofted flight trajectory too...

The S-300V for the Army is the two stage missile and is totally different from the S-300F of the Navy and S-300P of the Air Force, which are all single stage missiles.

Here, for a change, a container in the same camouflage with 48N6E3, so 48N6DM 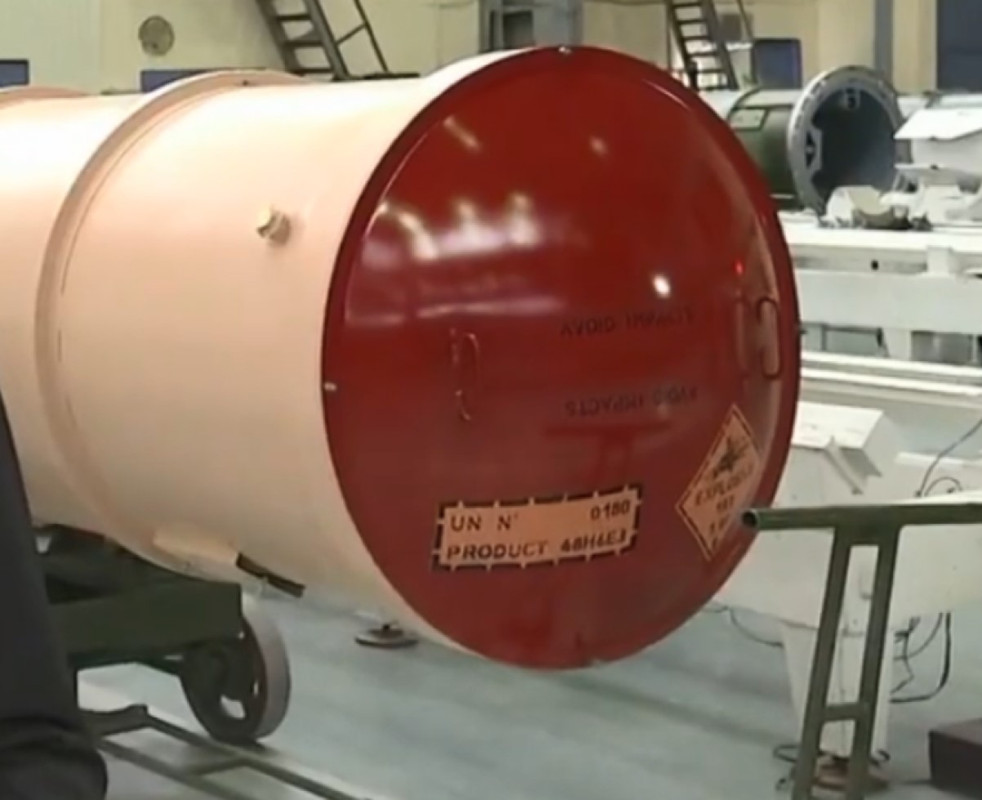 Good job they left Kaliningrad and Syria off. Don't want to depress NATO even more

And how about locating one or two in Karabach now?

That should open some opportunities, and close some of them for someone, same time

JohninMK wrote:Good job they left Kaliningrad and Syria off. Don't want to depress NATO even

In Belarus, the S 400 are only temporary for the duration of the exercise.  In the future, they may be placed permanently, or Lukashenko will get a promotion.

Russia currently has about 71 S 400 battalions, which is only a small part of their anti-aircraft and anti-missile defense. Amazing how they developed air defense in 20 years, though they have always had no competition in this field

Combat crews of the anti-aircraft missile division of the Dmitrov Anti-aircraft Missile Regiment of the Moscow Air Defense compound of the Aerospace Forces, which have adopted a new divisional set of the S-400 Triumph anti-aircraft missile system (ZRS), have begun combat duty for the air defense of the city of Moscow and the central industrial district of Russia.

At the end of December, the new S-400 Triumph arrived at the permanent deployment point in the Moscow region from the Kapustin Yar training ground in the Astrakhan region after the successful conduct of initial combat firing by the combat calculations of the division.

Combat crews have prepared anti-aircraft missile systems and technical positions for combat duty on air defense in the established area of responsibility.

Currently, the air defense of the city of Moscow and the central industrial district of Russia as part of the air defense units of the VKS is provided by five anti-aircraft missile regiments equipped with the S-400 Triumph air defense system.

NOTE: there are 8 regiments employed around Moscow so if 5 are S400 then one assumes the other 3 must be S300PM's

In Belarus, the S 400 are only temporary for the duration of the exercise. In the future, they may be placed permanently, or Lukashenko will get a promotion.

They are a mobile system that will be used on their new ships too...
Mir

You can always bet on my like, if there is Julia involved 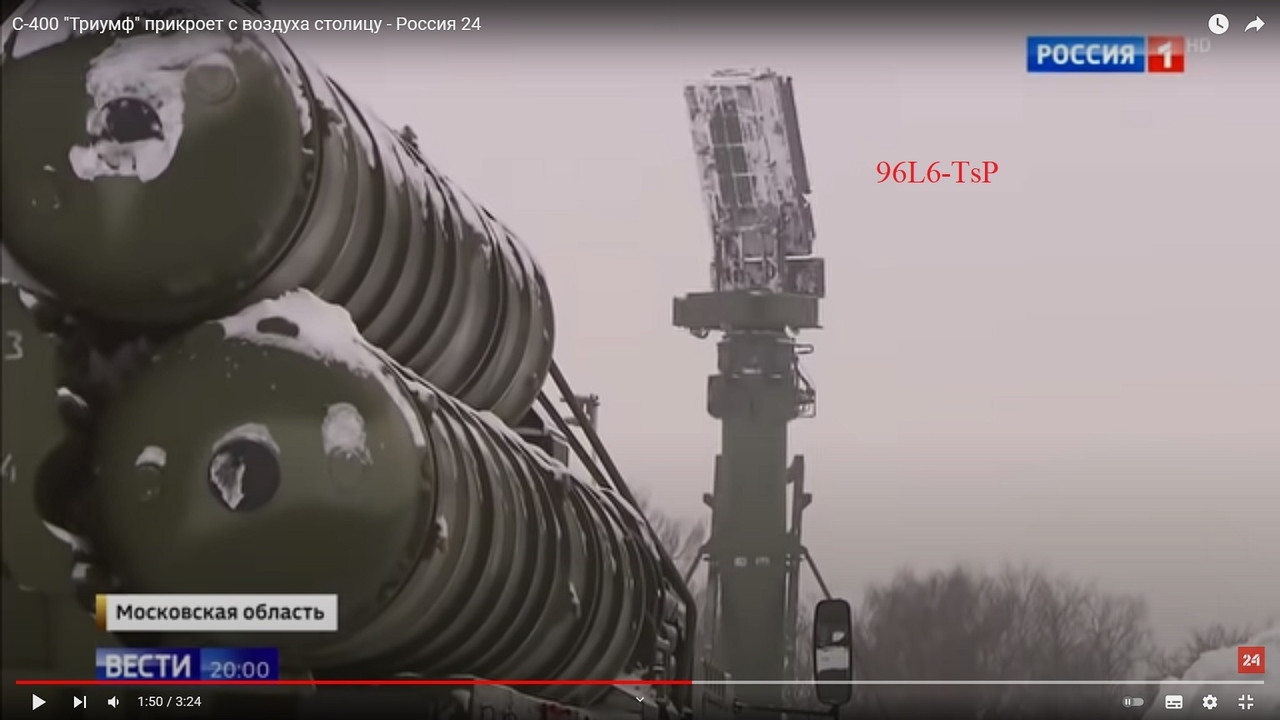 Personnel of the crews of the S-300PS anti-aircraft missile system of the Russian military base in Tajikistan.

The military personnel of the air defense formations stationed in the Saratov, Novosibirsk regions and the Republic of Khakassia have withdrawn the air defense systems from the attack of a conditional enemy and deployed firing positions in new duty areas.

During the tactical exercise, the S-400 "Triumph" and S-300 "Favorit" combat crews will work out the interaction of two types of air defense systems in a single air defense system and perform about 30 combat training tasks to repel air raids by a simulated enemy on critical military, industrial and administrative facilities of the regions.

The exercise of the air defense forces, which will end at the end of the week, is attended by about 1,000 military personnel from combat crews, command posts and management officers, more than 200 units of weapons and military equipment are involved.

NOTE: unit in Khakassia (Abakan) is described as a S-300 Favorit. It has been a 300PS regiment (170th Anti-aircraft missile regiment). Not sure if in error or it has been upgraded. Have not seen mention of this prior. 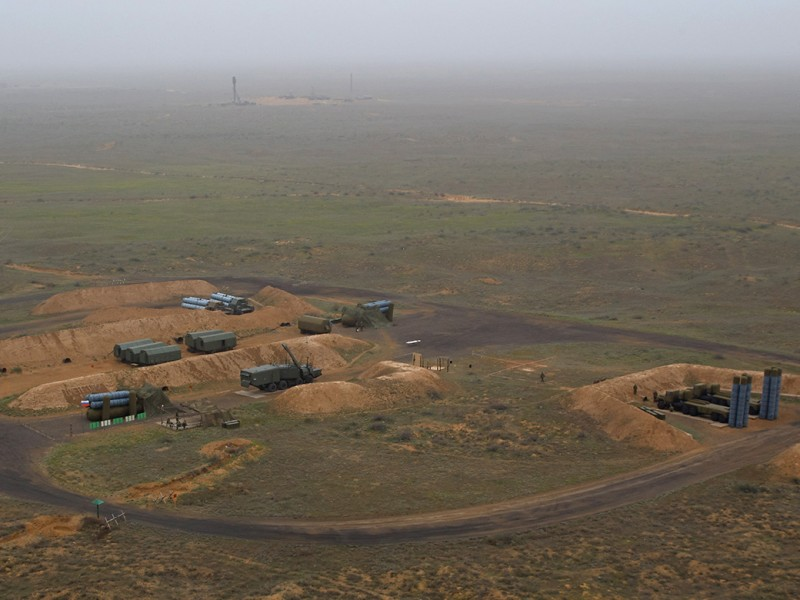 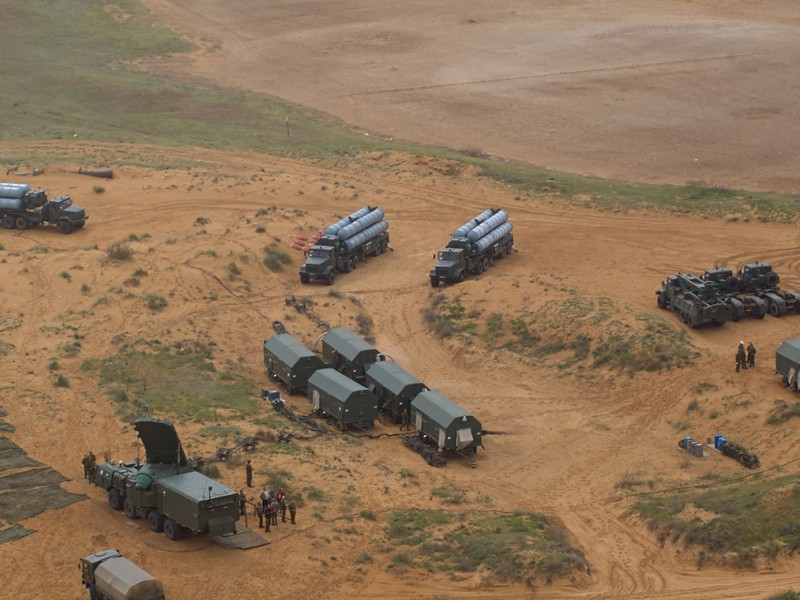 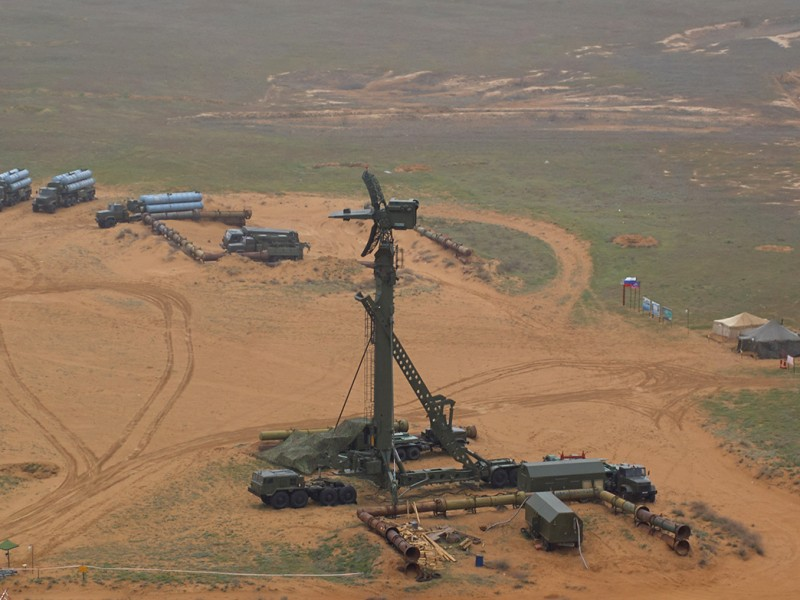 Do you have the original source of these great pics?

Getting more views like this from the Russian military as they add drones to all aspects of their forces and exercises...
Sujoy 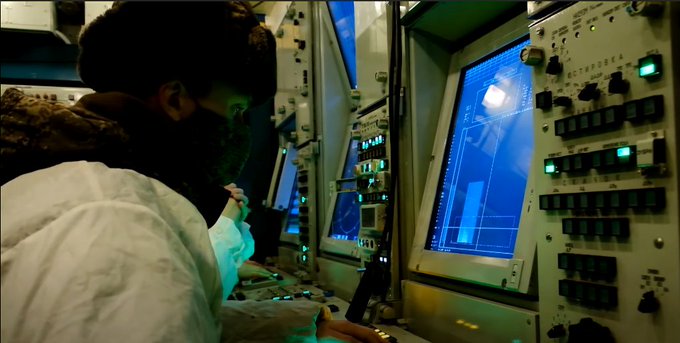 What are the improvements that they have brought about in this new radar?

Don´t know if the range was improved but in the S-350 unit it works in combination with passive ELINT/radar system. 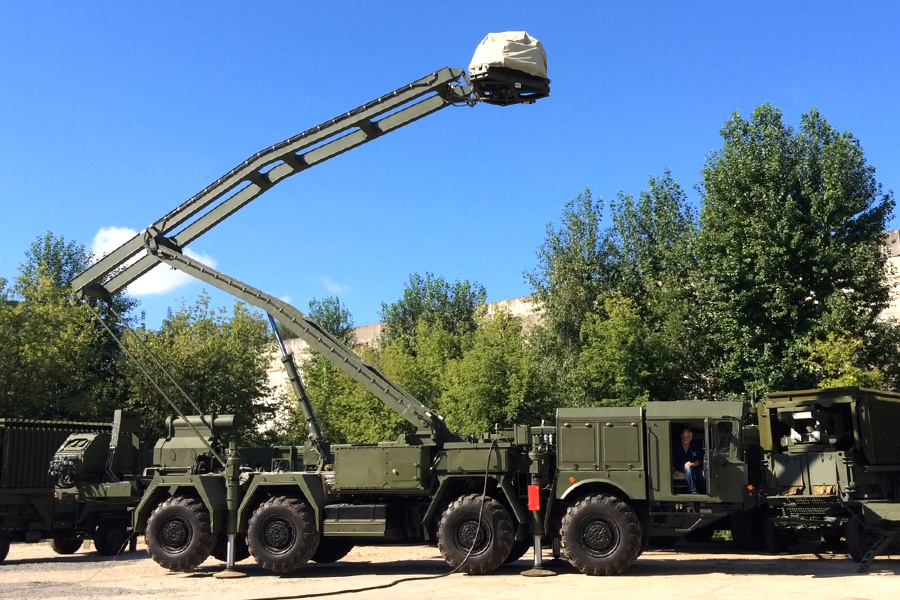 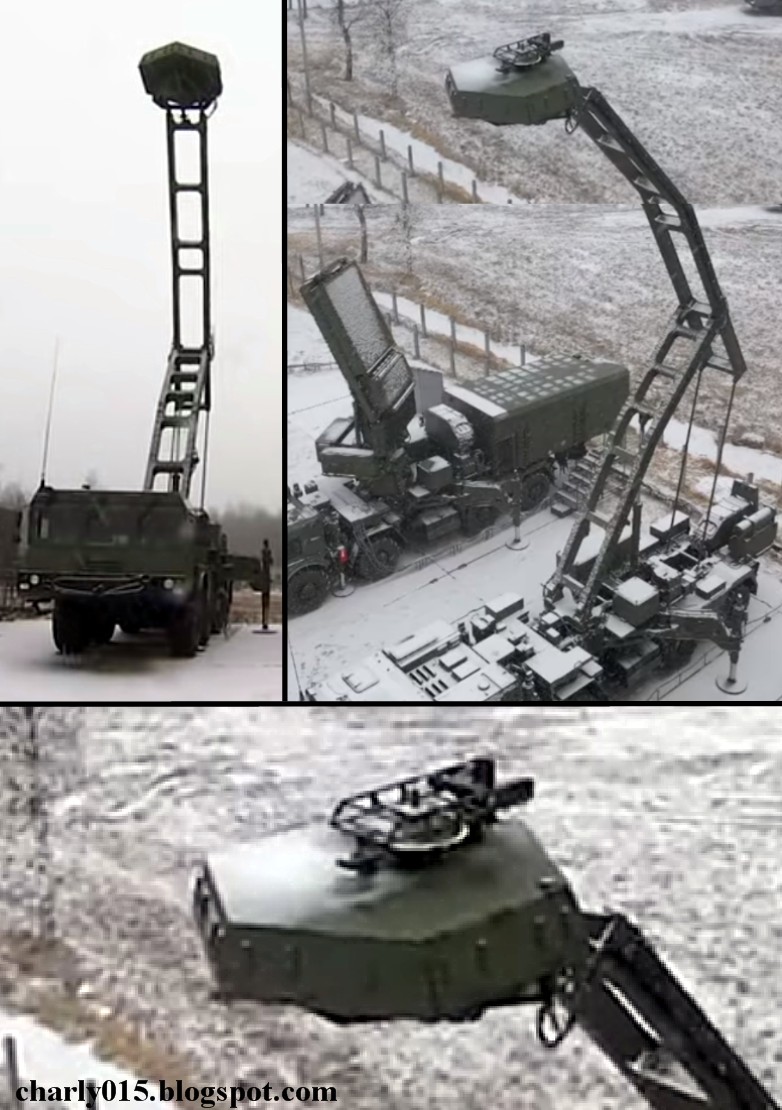 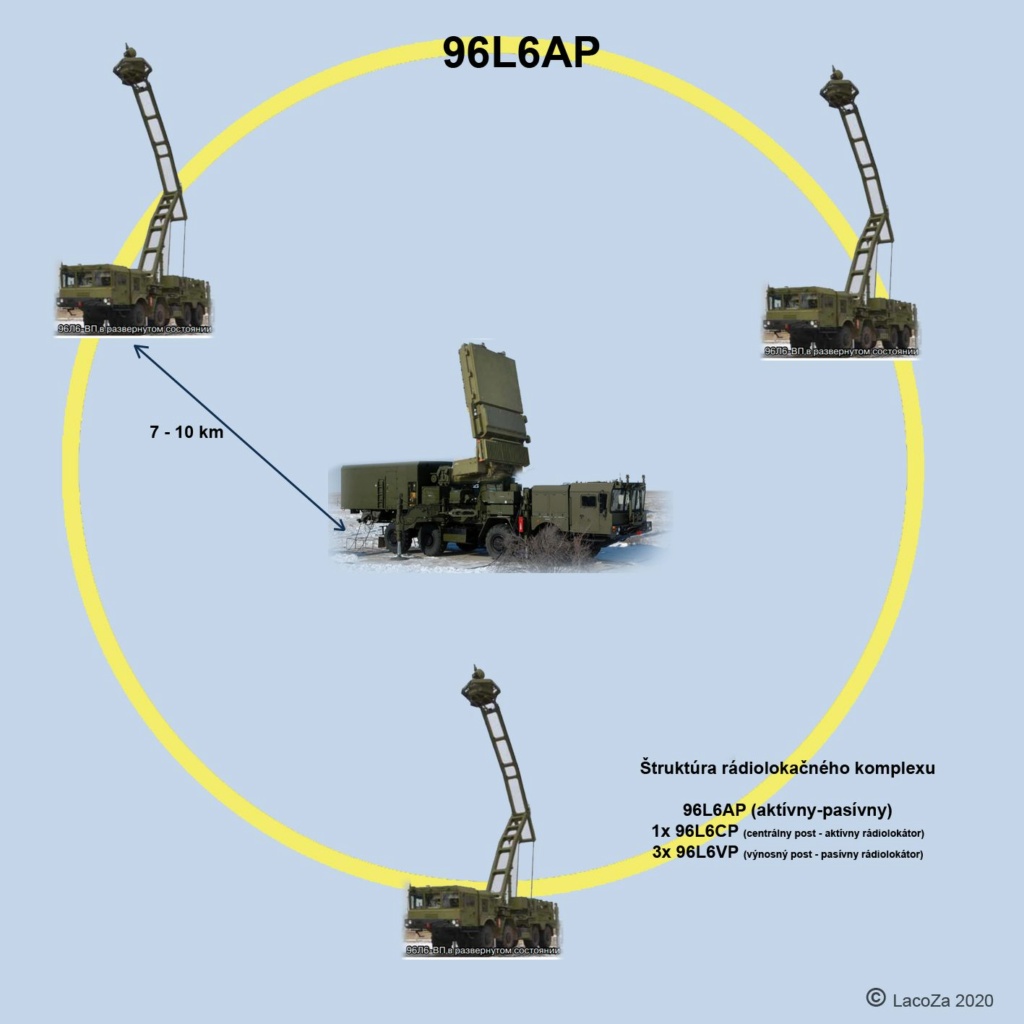