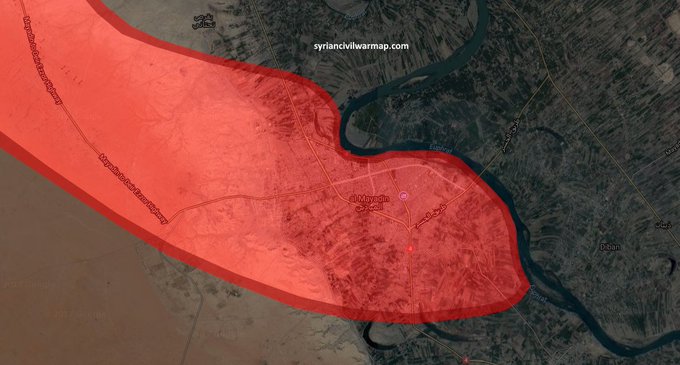 Seems that reports of Mayadin's liberation are premature according to:
Ivan Sidorenko.

BM-21 wrote:Seems that reports of Mayadin's liberation are premature according to:
Ivan Sidorenko.

That means another bridge to be constructed.
Airman

BM-21 wrote:Seems that reports of Mayadin's liberation are premature according to:
Ivan Sidorenko.

That means another bridge to be constructed.

And no kurds on the other side. There are unconfirmed reports now that half of the city has been liberated.
Big_Gazza

BEIRUT, LEBANON (6:48 A.M.) – Elite forces of the Syrian Arab Army are pushing hard on the Islamic State’s capital, capturing half the city from the terrorist group in a matter of hours.

According to military sources exclusive to Al-Masdar News, the Syrian Army’s elite Tiger Forces have battled their way into the heart of the Islamic State capital of Al-Mayadeen in southwest Deir Ezzor Governorate.

Entering from the western gates of the Al-Mayadeen, the Tiger Forces have managed to wrest control over about 50 percent of the strategic city, killing scores of jihadist militants in the wake of their advance.

It is worth clarifying that all reports circulating on social media saying that ISIS retreated from Al-Mayadeen are false.

Military sources say that the Tiger Forces are advancing under cover of heavy rocket and howitzer fire which is currently targeting ISIS positions and rally points in the city center and in the eastern districts of Al-Mayadeen.

One Syrian Army source, speaking to Al-Masdar News, said that Al-Mayadeen should be fully liberated from ISIS terrorists within twelve hours.

Good News!!  Hopefully the SAA and allies will take Mayadin swiftly and make a quick crossing and continue the push East and North to cut off the SDF whores and thieves.  Judging by the rapid progress, it may be that ISIS has drawn so deeply on their reserves to launch their counteroffensive against al-Sukhnar and the DeZ-Palmyra road that they have hollowed out their defensive capabilities.  Onwards to glory...


"According to information received via several channels and confirmed "on the ground", influential Daesh field commanders, natives of the North Caucasus: Abu Omar al-Shishani, Alyauddin Al-Shishani and Salahuddin al-Shishani, who were hiding in Iraq for a long time, were destroyed," Konashenkov said.

Seriously, how many Al-Shishanis are out there? This is probably triple digit corpse with that name. What does al-Shishani even mean?

"The Chechen", I think

The last ISIS pocket in homs got finished off yesterday dunno if anyone reported that.
franco

SeigSoloyvov wrote:The last ISIS pocket in homs got finished off yesterday dunno if anyone reported that.

I suspect most are like myself and wonder if that may be a little premature.

The third one was a while back.

Huge displacement of Deir ar-Zour people: most of them leaving bc of increasing air strikes & ISIS military service (map: Reach). 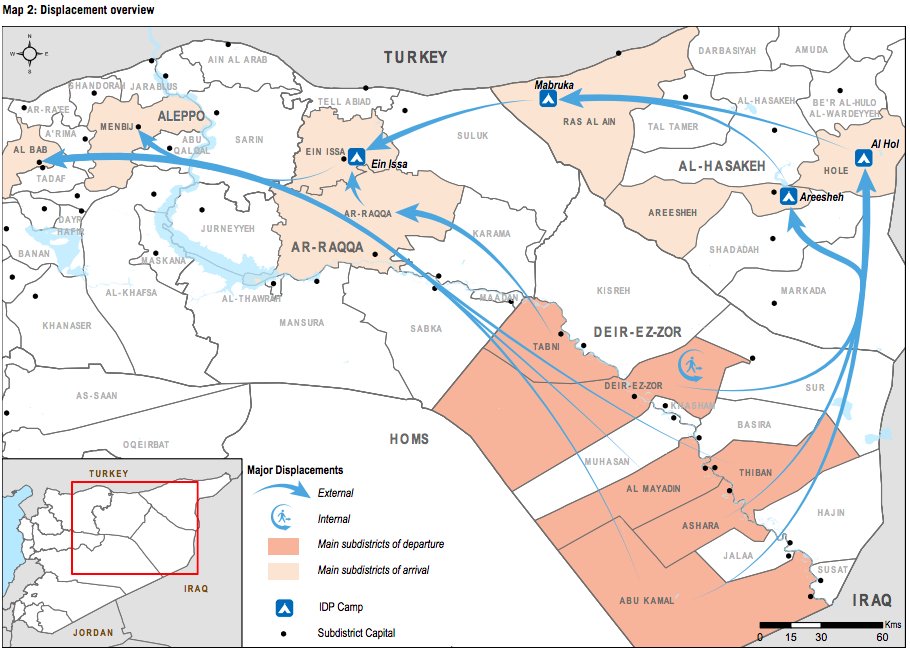 Huge displacement of Deir ar-Zour people: most of them leaving bc of increasing air strikes & ISIS military service (map: Reach).

A lot of rebel or ISIS supporters by the location of their final destination.
d_taddei2

SeigSoloyvov wrote:The last ISIS pocket in homs got finished off yesterday dunno if anyone reported that.

Yeah it has al masdar two days ago. My question is if they have accepted a deal will they send them to Deir and what about ISIS in yamouk area. 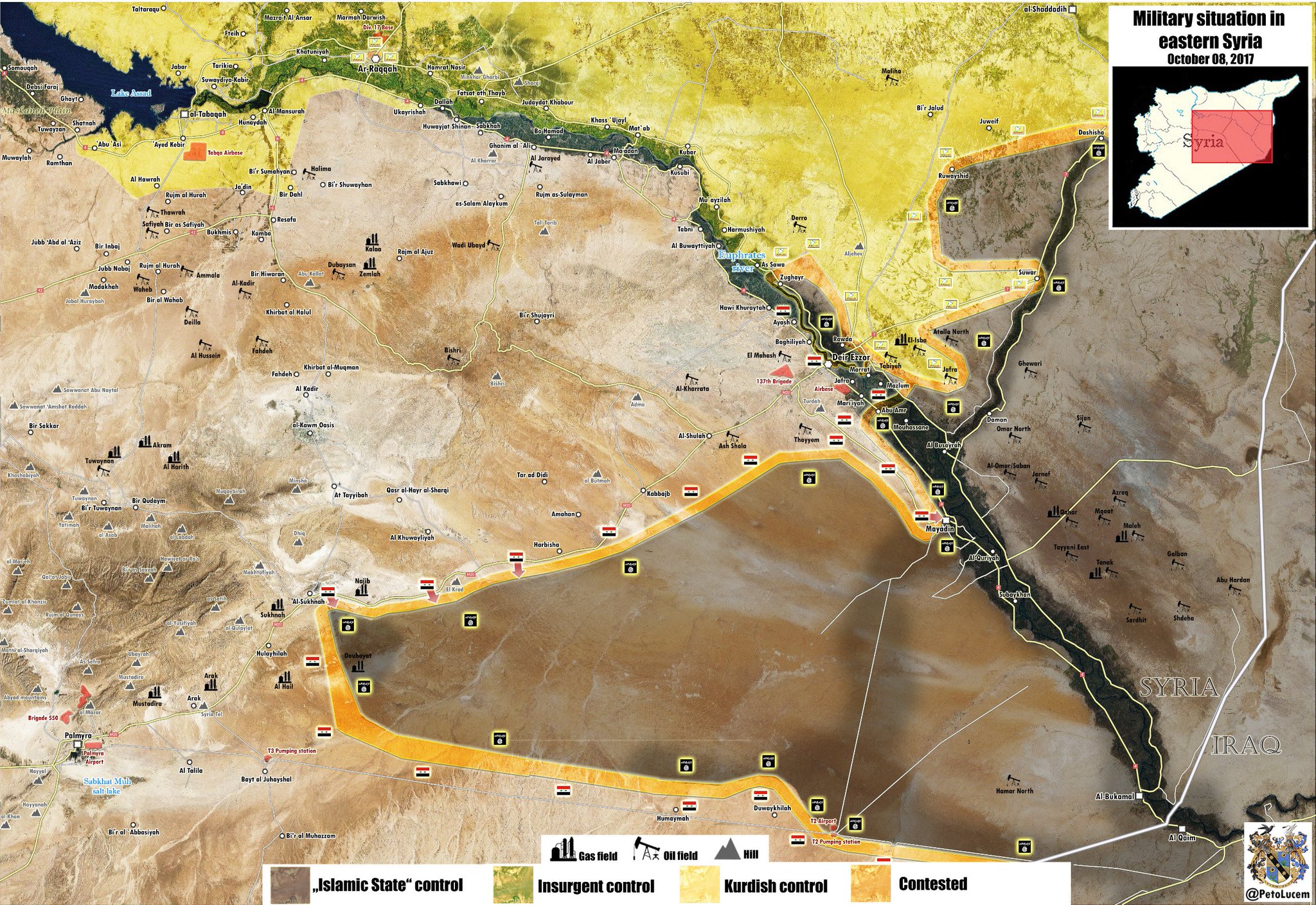 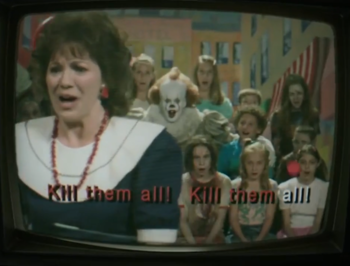 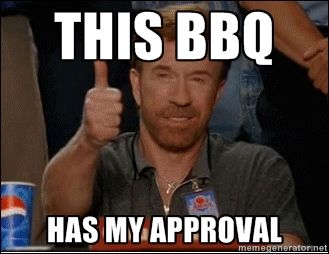 I read a twitter link to an article from the NYTimes this morning which I cannot locate to link at the moment. The article was on how many ISIS fighters are actually surrendering instead of fighting to the death. Apparently their leaders are telling them to surrender to the Kurds and not the Iraq nor Syrian forces. The Kurds are not sure what to make of this but makes you wonder if someone has plans for their future use.
BKP

^ And who could that somebody possibly be? So puzzling.

"Finally, the Islamic State wali, or governor of Hawija, told the men to turn themselves in to the Kurdish forces, known as the pesh merga, and to flee the advancing Iraqi Army and its Shiite militia allies, the Iranian-trained Hashed al-Shaabi, notorious for killing not only Islamic State prisoners but also their entire families."

"Kurdish officials have been perplexed by the number of fighters who have surrendered. Many of the militants said they were ordered by their leaders to turn themselves in to the Kurds, who were known to take prisoners instead of killing them. But Capt. Ali Muhammed Syan, chief of the Asayish interrogators in Dibis, said even the fighters did not seem to know why their leaders were telling them to quit. “Maybe it’s some deal,” he said. “Maybe it’s just bad morale, I don’t know.”
Sponsored content