Hole wrote:
Redut silo after launch of a 9M96. Lots of space for a fatter missile.

Yeah I always wondered why don't they deploy the 48N6 missiles in the Redut cells of project 20380?
Isos

Lenght is an issue IMO.
GarryB

Lenght is an issue IMO.

For Corvettes and perhaps Frigates, but in Destroyers and Cruisers and Carriers it should not be an issue. 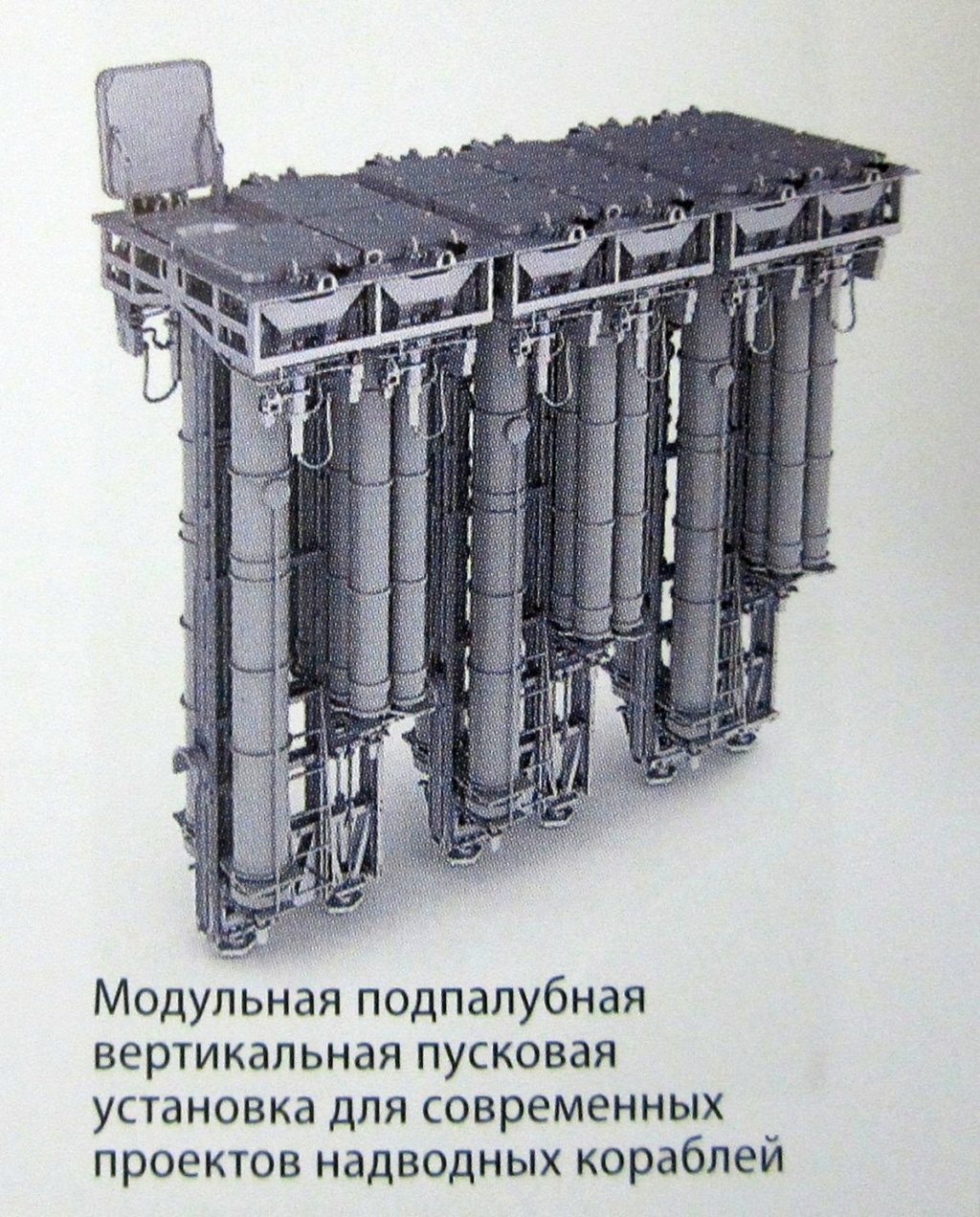 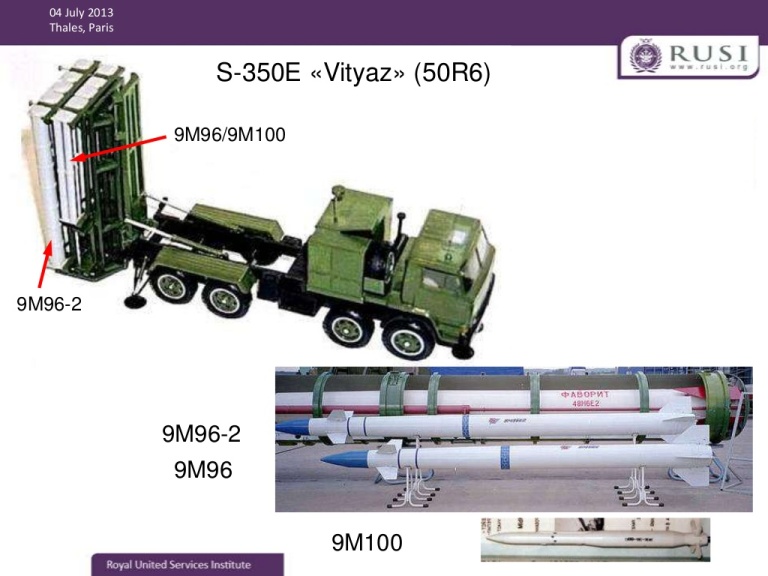 The top is the naval Redut and the lower system mounted on the truck is the land based S-350 system... now both are supposed to use the same 9M96 and 9M100 missiles... if we compare them I think they are different... I think the four small missiles in the truck seem to match the width of the larger longer missiles, but on the naval system the four smaller missiles seem to be rather wider than the single missiles...

BTW ignore the image in the second picture claiming to be the 9M100 as the image is the fabled R-77M with an enlarged rocket motor and folding rear grid fins that is no relation at all to the 9M100 missile. 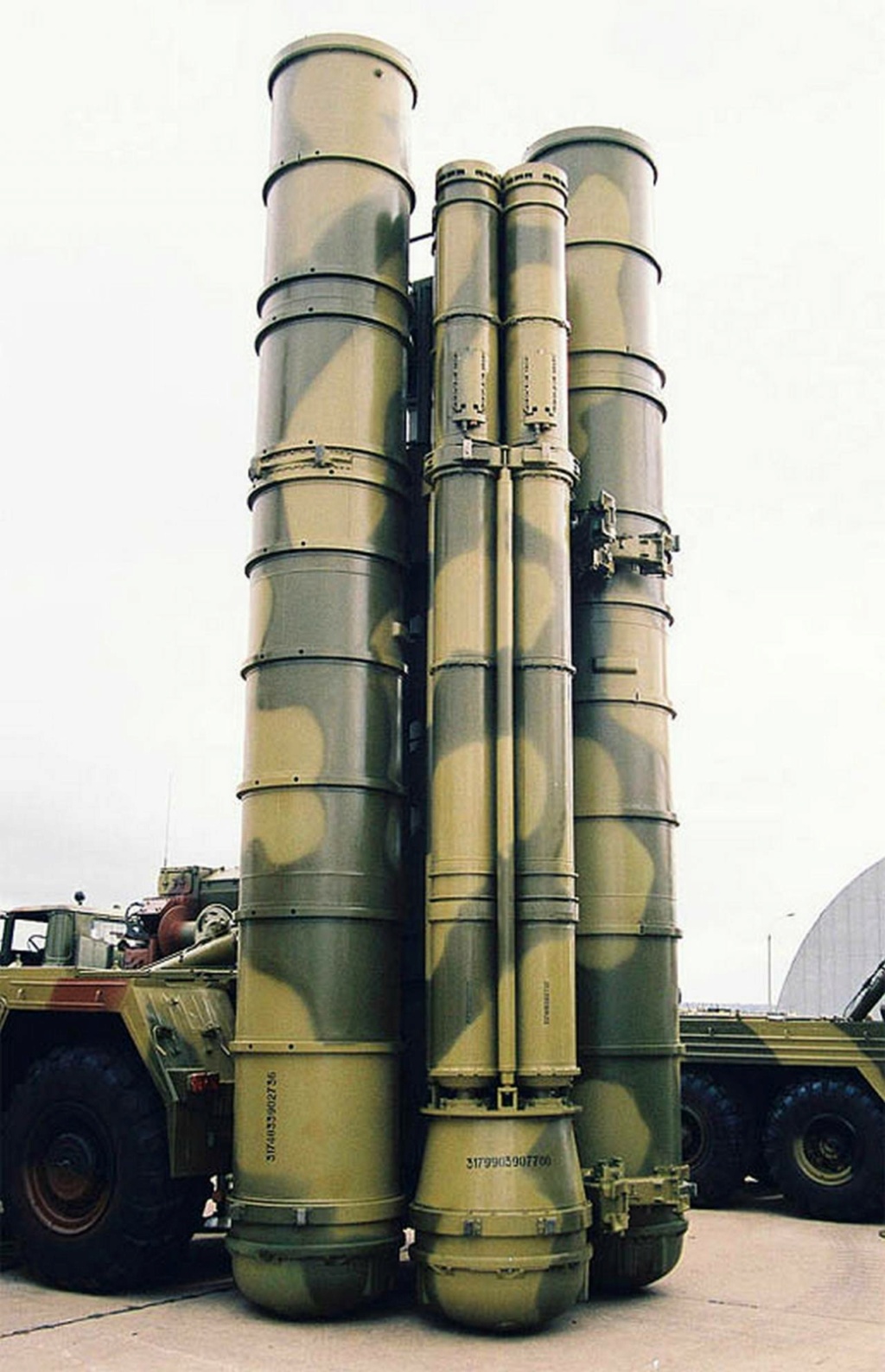 We can see the 9M96 missiles can be mounted very close together and can indeed occupy the same circumference as the full sized S-300F or S-400 missiles... look at the bottom where the four tubes gets wider to the base that is the same size as the full sized missiles in the other launch positions.

And based on the truck image this tube: 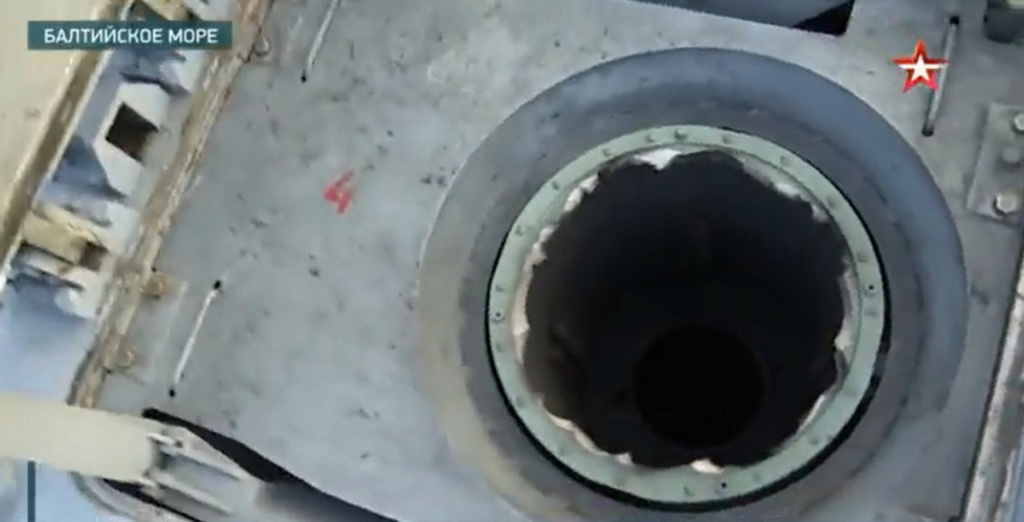 Should be big enough for four 9M100 missiles to be stored... so how many could be fitted to properly use the available space even with just one layer... Remember this hole is the size of the big tubes on that truck...

Of course i learned that Tor-m2km is its own thing with its own quad pack missiles from Isos with regards to the Udaloy model ship on the naval air defense thread. Do S-300F, S-400F or S-500F have their own size cells that are just like the sizes of the land versions having their launchers?
Isos

Perhaps it is a feature of the S-350 launch vehicle that at most it can communicate and operate with 8 tubes with 32 missiles and the remaining four tubes must carry four 9M96 missiles... so it is limited to 36 missile control channels... four being 9M96 and 32 being 9M100 missiles.

Maybe it is an export system limitation.

Maybe it is an error.

They don't seem to like to talk about their new SAMs as much as I would like them to.

What we do know is that the hatches for the 9M96 missiles are huge compared with the size of the missile tubes being used.

The core problem seems to be that they might not want us to realise the extend of the number of missiles and types they can carry... they have already stated that the Redut is compatible with 400km range missiles and that suggests that S-400s should be able to be carried in the 250km and 400km range versions, as well as the 60km and 150km range 9M96 missile types as well as the 15km range 9M100 missiles.

The two real questions are... can the missiles be stacked.... a missile launcher able to carry the huge S-400 400km range missiles are going to be ten or so metres deep, which is wasteful loading much smaller lighter shorter missiles like the 9M100 types.

This would offer flexibility and the capacity to carry enormous numbers of missiles ready to fire.

My thoughts on layers stem mainly from the fact that if you design a missile launch tube to hold the biggest longest missiles then even filling with the smallest missiles you have a lot of empty unused missile tube doing nothing.

The 9M96 are both too long to consider layers, but the much shorter 9M100 it makes sense... and is a good way of boosting numbers of missiles easily.

Look at land systems for SAMs in the Soviet Union... next generation systems normally increase the number of ready to fire missiles by a significant number each time.
GarryB

For corvettes an frigates having 150km and 60km and 15km range SAMs makes sense, but the size of the missile tube on the Redut shows a much wider missile could be loaded in those tubes.

I rather suspect that for destroyers and cruisers and also large ships like helicopter carriers that the same launcher will be able to carry S-400 missiles... which raises the question why carry 60km range 9M96 missiles when you can carry 400km range SAMs in the same number in the same tube.... or even 250km S-400 missiles.
Isos

They said they are developing a very long range missile to fit in the redut launcher.

You have to take into account plenty of other parameters like weight or temperature during launch (cold or hot), resistance to gaz during cold launch... vefore introducing a bigger missile.

They said 250km and 400km range missiles are compatible... I honestly don't think it would be possible to develop a 400km range version of the 9M96 unless you replaced the rocket motor with a scramjet motor which would require a complete redesign of the missile, or made it a tandem missile like the US Standard missiles with a large solid rocket booster attached to its back end and double its length.

Ironically that might make sense with the 9M100 because the lower part of the tube is empty so doubling the length to fill the launch tube and fit a tandem solid rocket motor would greatly extend its flight range, but I would think the whole purpose of the Redut design is to match the S-400 system at sea.

To be clear mentions that long range missiles will be developed it is important to keep in mind that the S-300F systems on the Orlans and Atlants only had a range of 150km in the Fort-M version and was never improved beyond that AFAIK... which is why I think a launch problem with an S-300 missile might have started a fire and led to the sinking of the Moskva rather than being hit by an enemy missile which the liars in Kiev suggest.
Sponsored content