Apparently Bastion's P-800 Onyx was launched with a unique flight pattern, a teracom-like near terrain flight that eventually hit a naval target.

"A special feature of this fire was the fact that we have complicated the job of flight of the rocket. In other words, we gave the winged projectile a trajectory along which it should safely pass through all the folds of the terrain and go on a direct bearing on the target," Ivan Prokhorov explained.

Idk if it was shared already. They propose this system called Rubezh which is a mini-Bal system that can work totally alone. 150km range in active mode and 450km in passive mode. 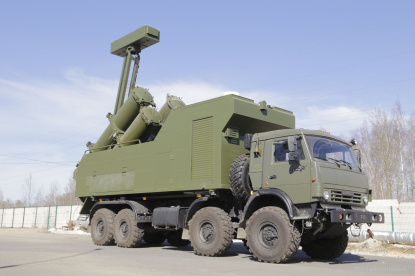 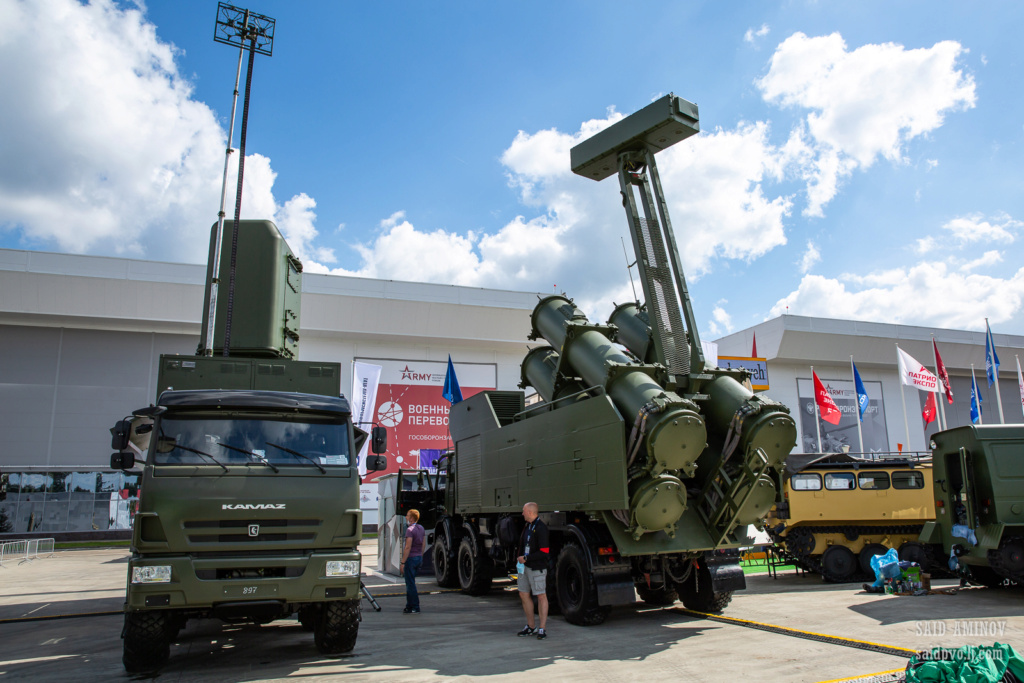 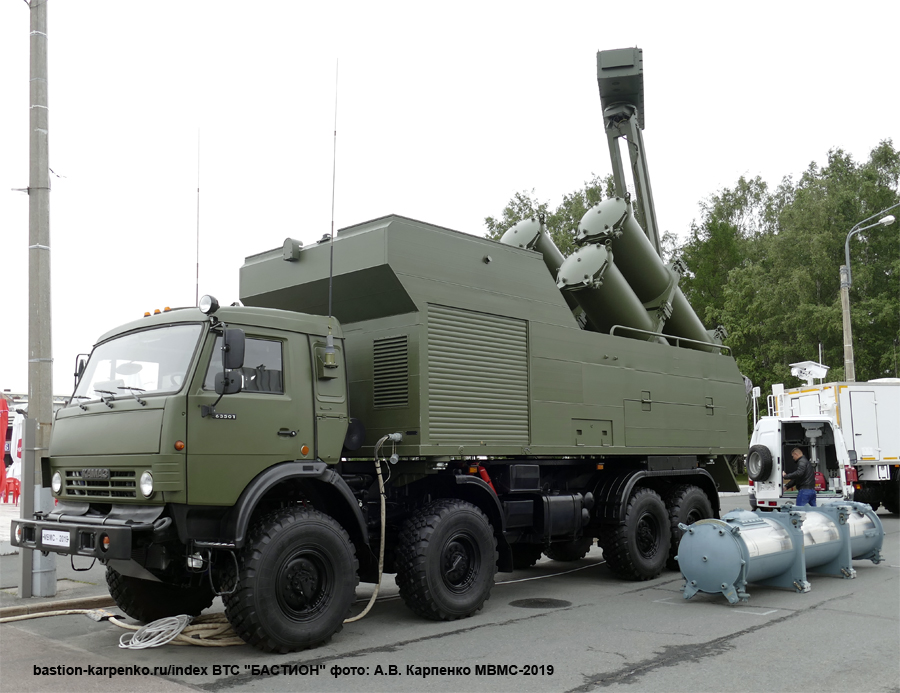 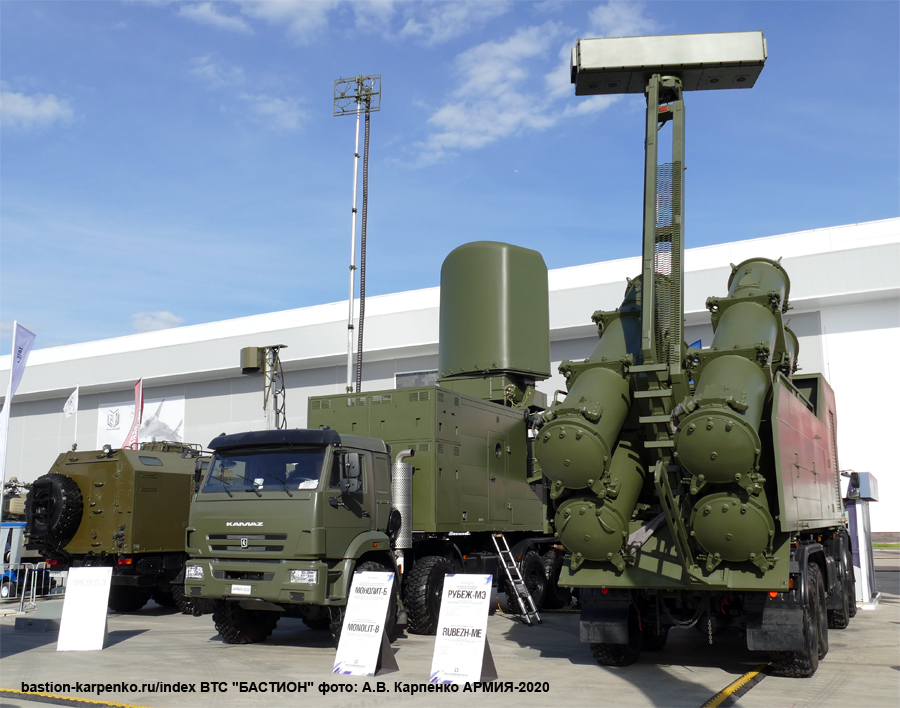 I guess it's only for export since they have the Bal system with better raadars and more missiles.

With the modern kh-35U instead of kh-35 they could use it as a ground to ground cruise missile system. Countries like Syria, Egypt or north korea would be happy to have it.

Any order until now ?
GarryB

They use a range of ground based anti ship missiles... and now there is no range restriction like there was in the past with the INF treaty...

Now there is just the missile export treaty restricting exported missiles to 300km or less and 500kg warhead or less...

Kh-35U with 260km range can cover pretty much all Israel from Stria or Egypt.

In many cases you don't need something like a kalibr with 2500km range or hypersonic missiles.

A new Coastal Rocket Artillery brigade to be formed in the Sakhalin region with Bal and Bastion units. In addition another Bastion unit is on order for the Crimea and a Bal unit for St Petersburg. 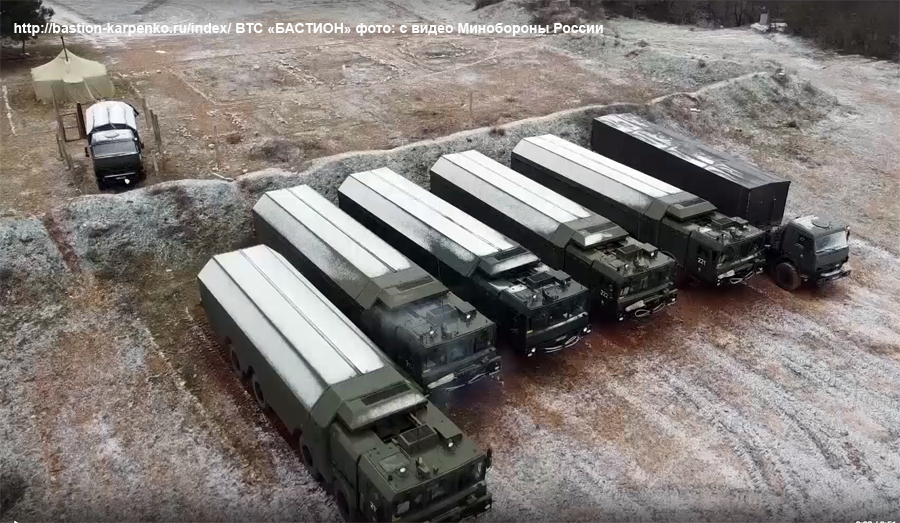 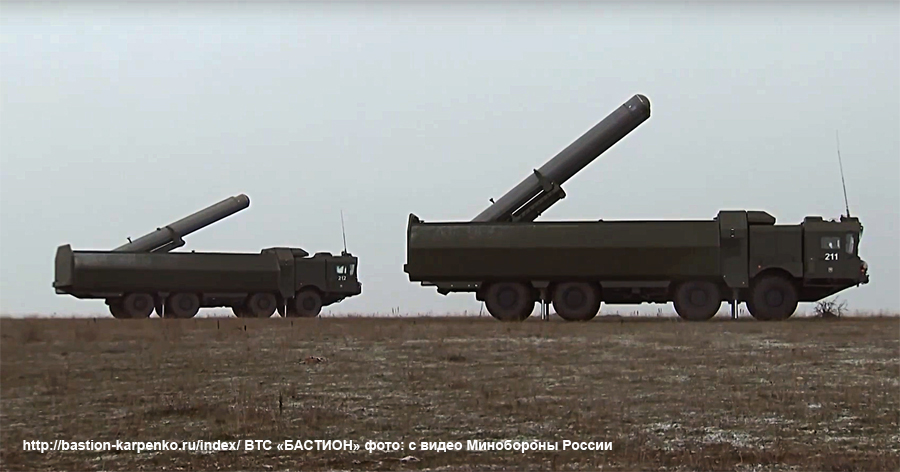 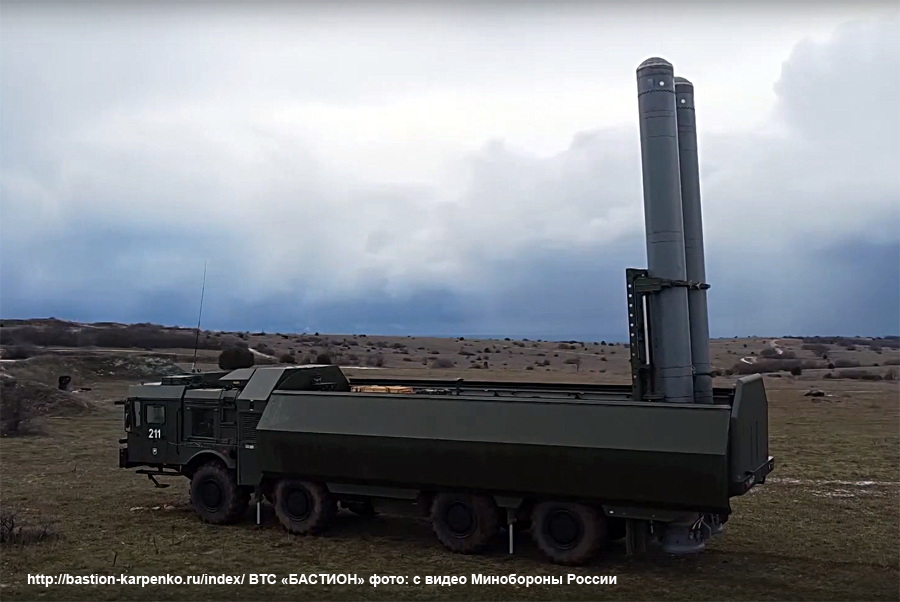 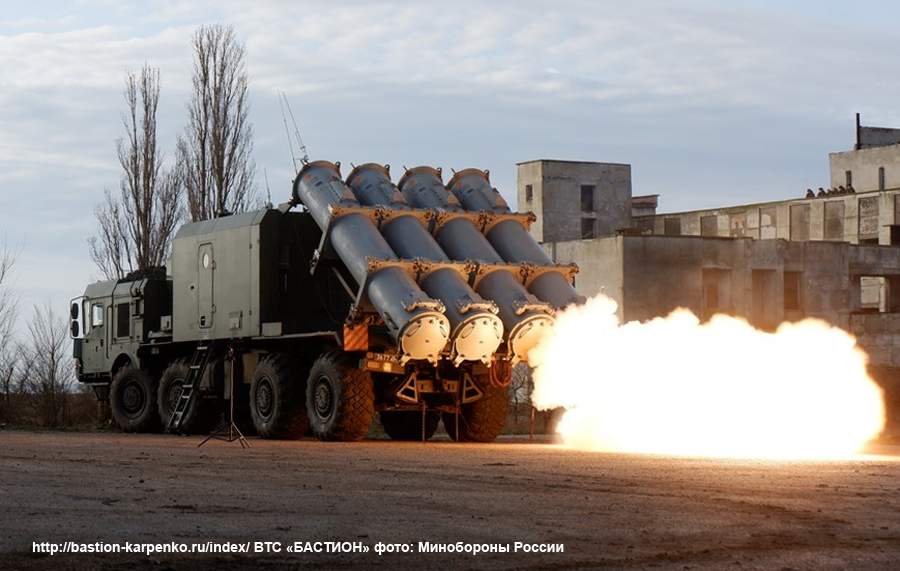 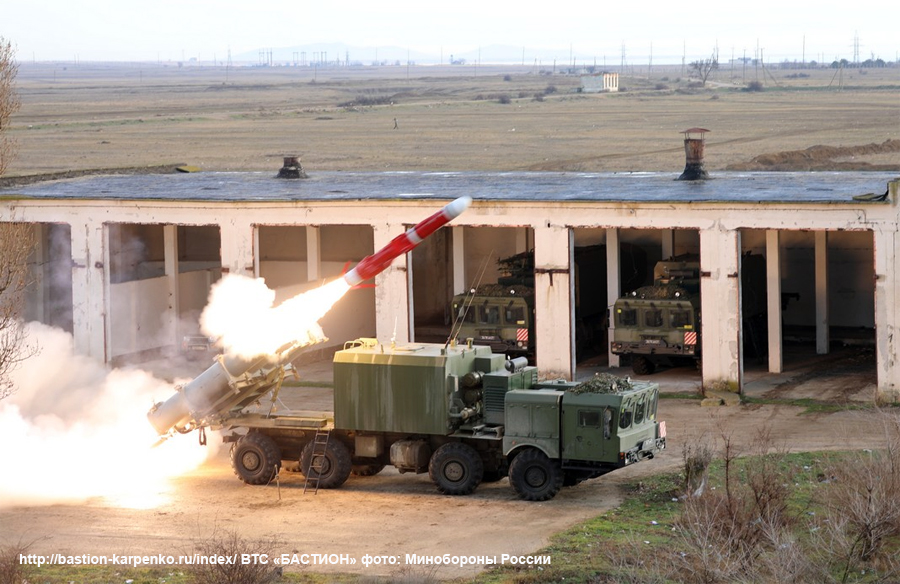 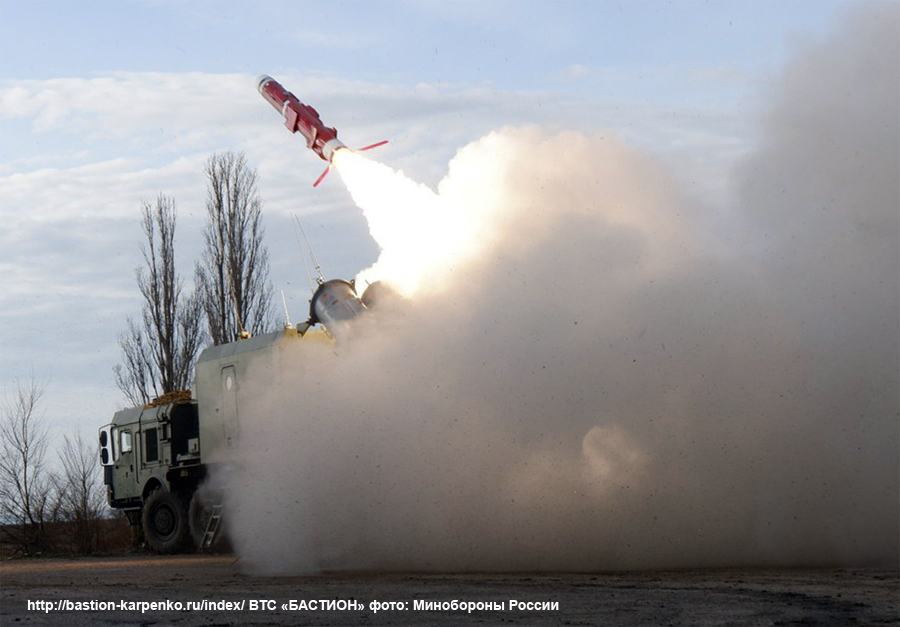 In the announcement of the Military Acceptance program on the Zvezda TV channel, for the first time, they demonstrated the firing of an anti-ship missile of the 3M24E family of the Rubezh-ME coastal anti-ship missile system, made on the chassis of a KamAZ vehicle with an 8x8 wheel arrangement and aimed at foreign customers.
The developer of the new export coastal anti-ship missile system is JSC Scientific and Production Enterprise Kaluga Instrument-Making Plant Typhoon (part of JSC Concern Morinformsistema-Agat). TTX and description at this link 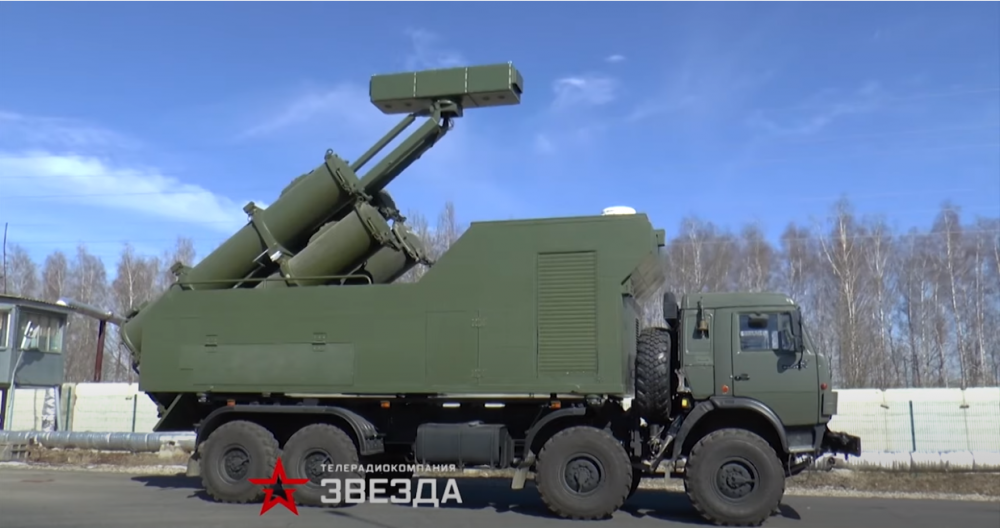 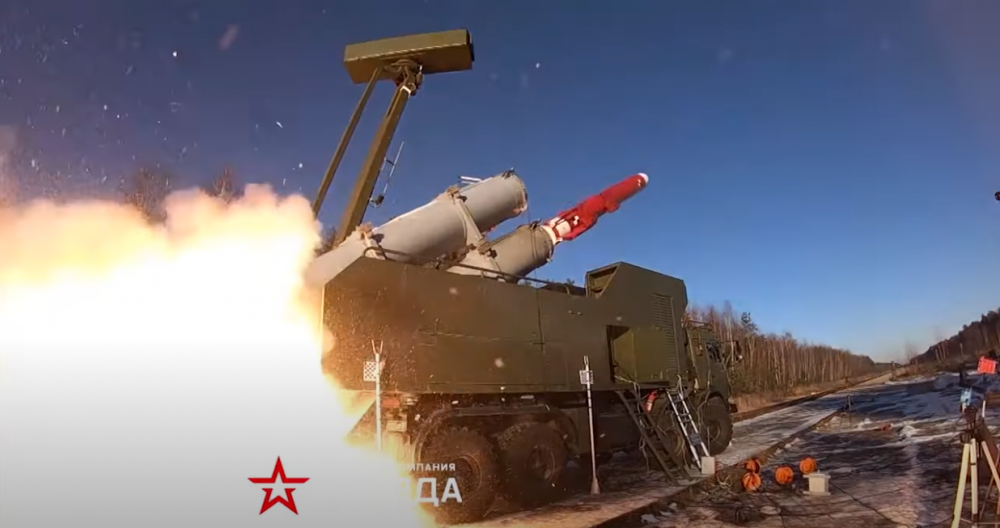 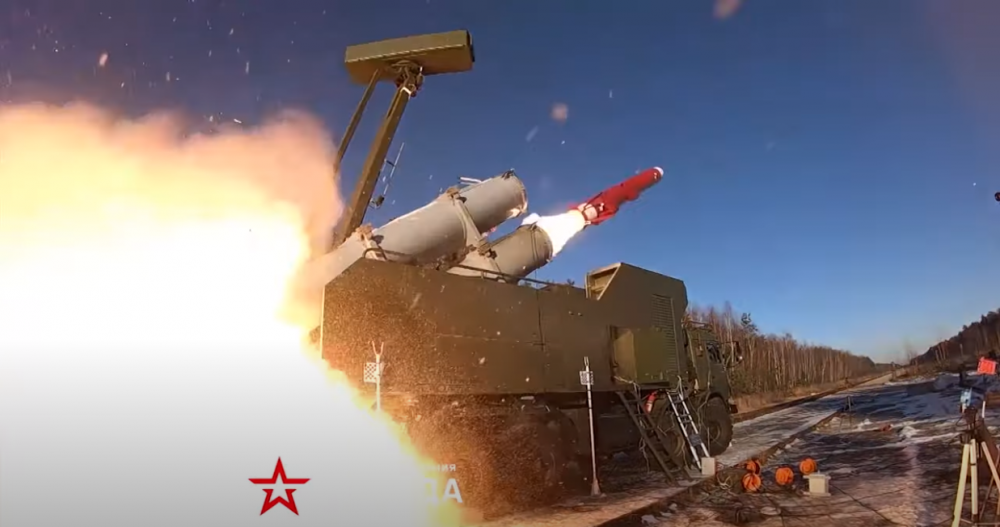 They should keep a few for themself. Extremly mobile system. Could be used to plug "holes" in the coastal defence network in times of crisis.

I would say they are multipurose missile systems since all of them (kalibr, oniks, kh-35) can target ships and land targets.

As coastal systems they are cery unlikely to be used because no one would let its ships go near Russian borders anyway.

But they have plenty of targets on land where they would be valuable.

As coastal systems they are cery unlikely to be used because no one would let its ships go near Russian borders anyway.

If they force all enemy forces to remain away from Russian coasts then any potential landing force is automatically defeated.... well worth the price.

Yesterday, 16: 02
53
The Northern Sea Route will be covered by the Bal coastal missile systems, and the Russian Defense Ministry has made a fundamental decision to deploy the complexes along the Northern Sea Route. Reported by "News" with reference to sources in the military department.

As the newspaper writes, the Ministry of Defense has decided to deploy in the Arctic coastal missile systems (BRK) "Bal". To date, the deployment has already begun, the first complexes have been placed on Franz Josef Land, they have already taken up combat duty. In the future, it is planned to deploy a ballistic missile complex "Ball" along the entire Northern Sea Route. According to the plans of the military, the Ball missile complex, together with the Bastion complexes previously deployed in the Arctic, will take control of almost the entire coastal zone.

Details of further deployment are not provided. Earlier it was reported that at the end of last year, the needs of the Ministry of Defense for the supply of the coastal complexes "Bal" and "Bastion" were closed by 74%.

The Ball coastal defense missile system was put into service in 2008. Included in the coastal defense forces, it is intended to protect territorial waters, naval bases, coastal infrastructure and antiamphibious defense of the coast.

One complex includes a command and control command post, as well as up to four vehicles with launchers equipped with an X-35 anti-ship missile with a range of 120 km, an X-35E missile and an X-35U missile - 260 km. Each machine has 8 missiles in special containers. In addition, the complex includes four transport and handling machines designed to form a repeated full salvo. DBK "Bal" is located on the MZKT-7930 high cross-country chassis, which allows you to occupy firing positions on the unprepared coast. 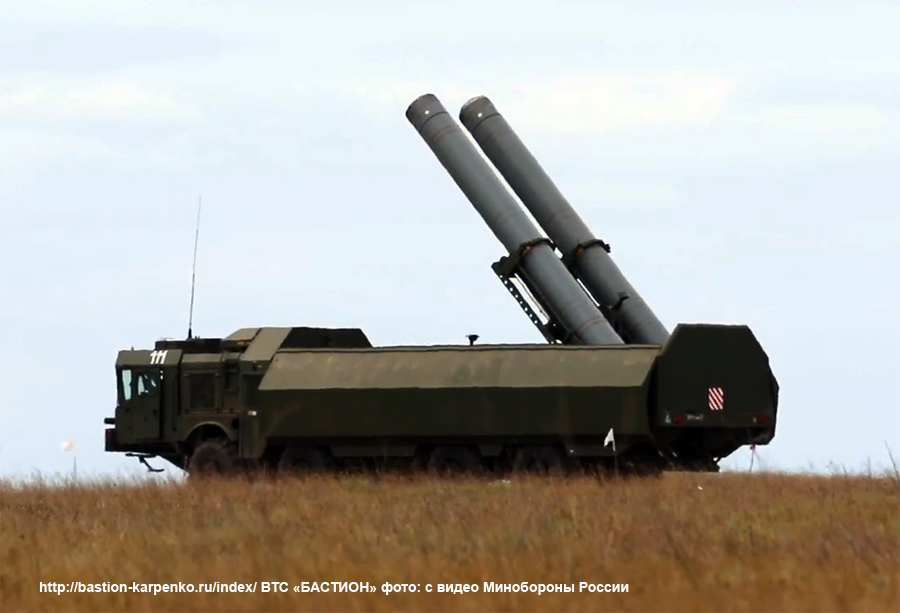 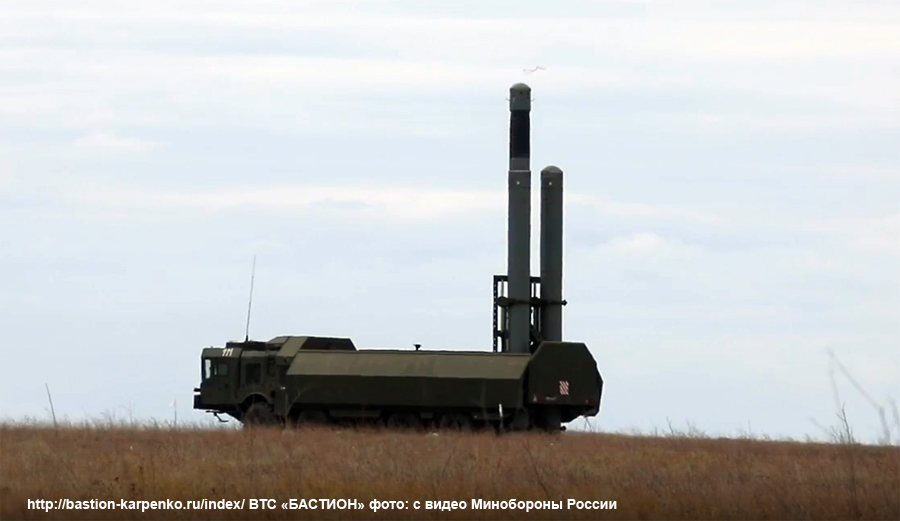 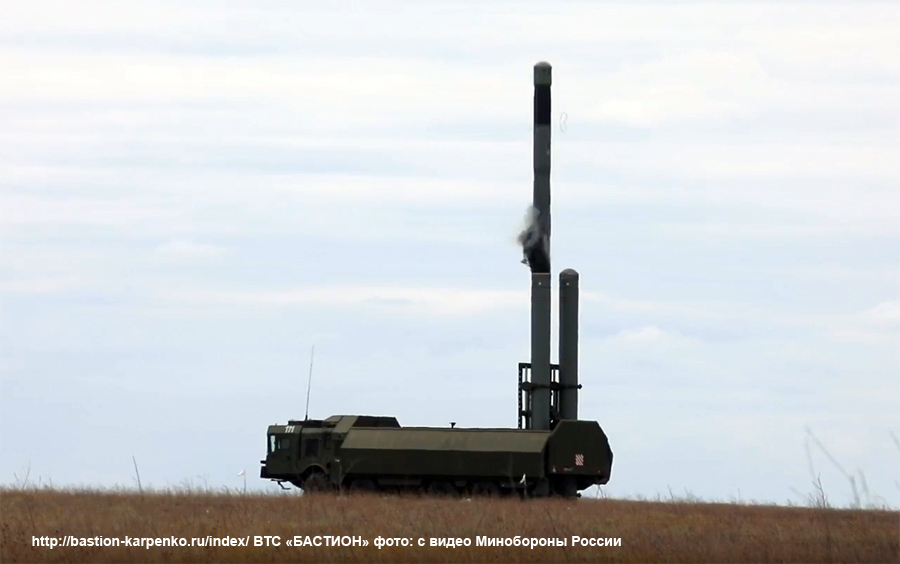 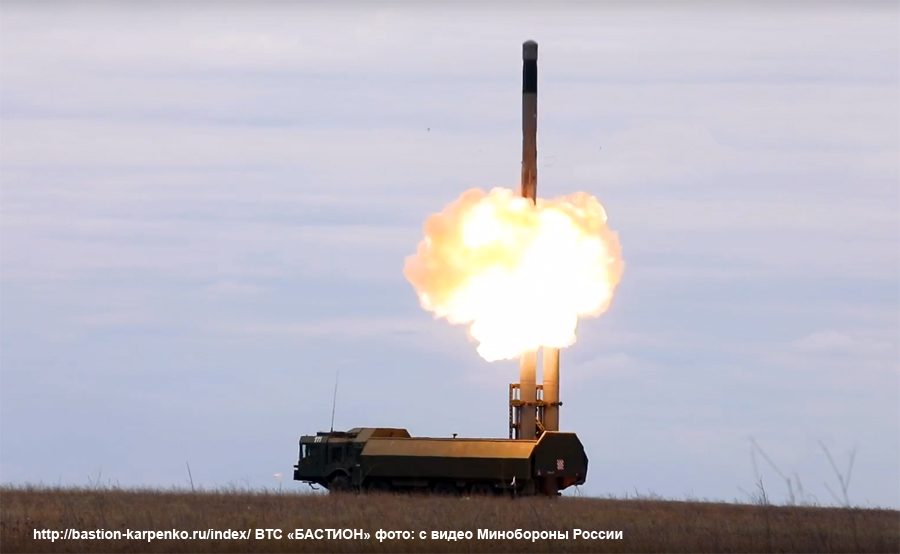 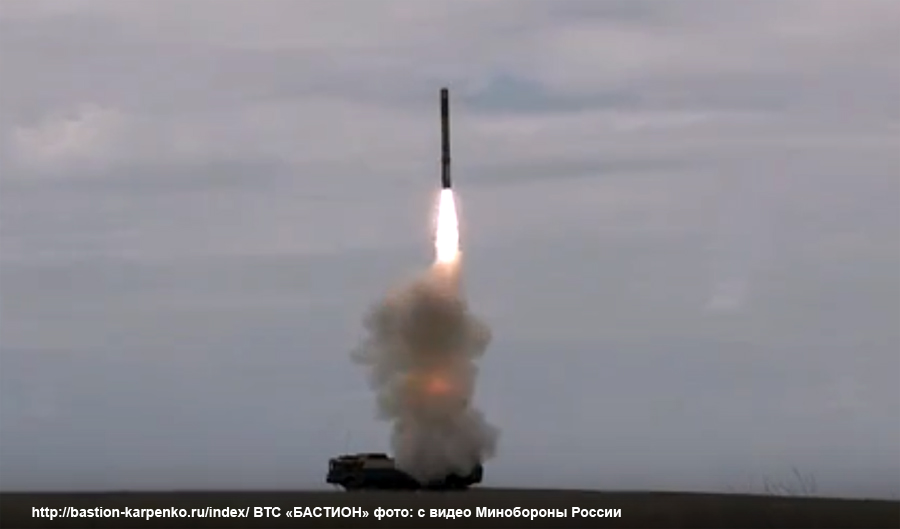 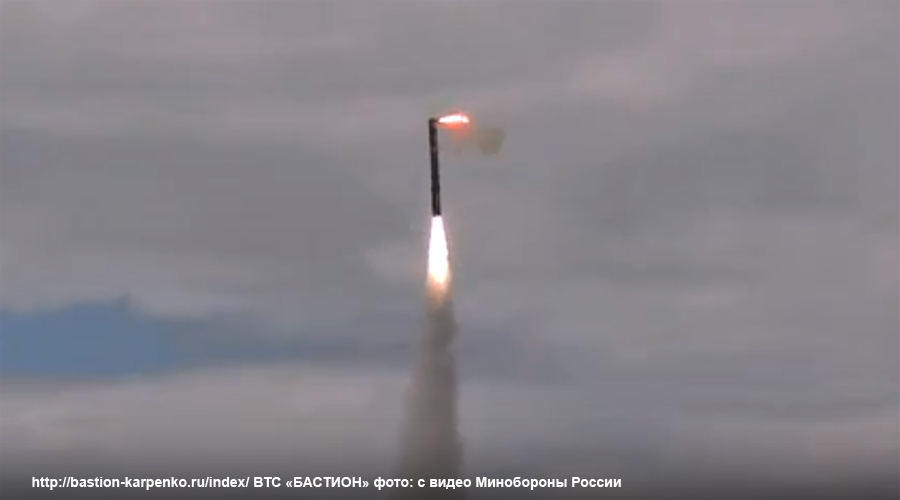 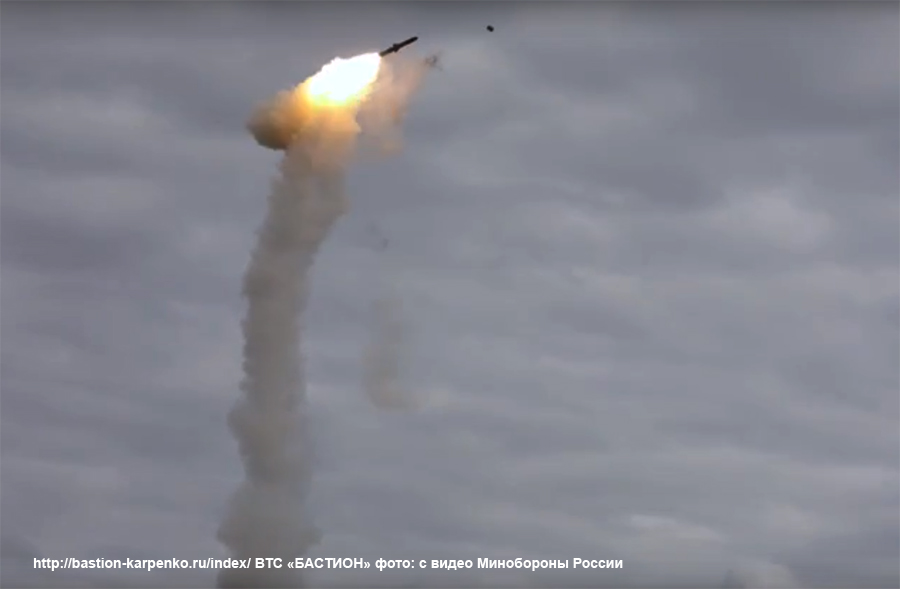 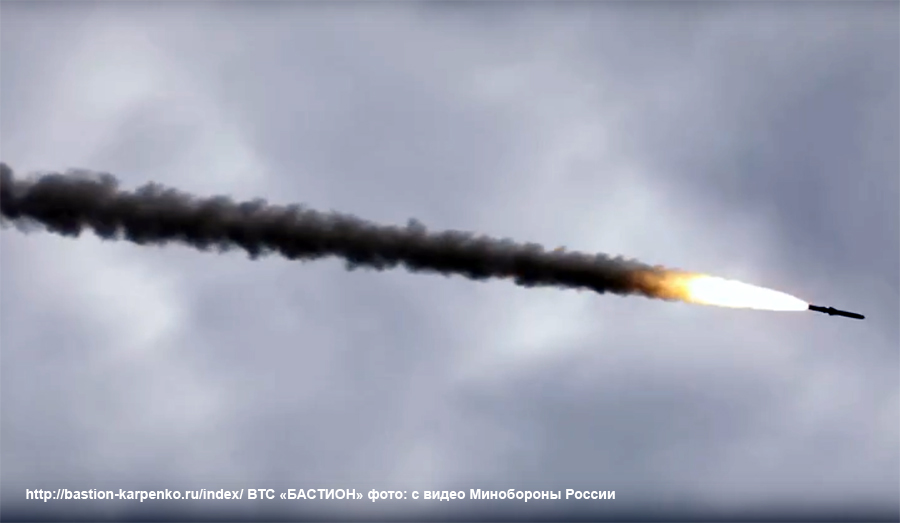