The sound is similar to the one you can hear at A-135 system tests.
It is damn fast and accelerates more like 53T6 rather than 9M82/83.
Visible close connection and heritage of A-135, if you ask me.

I have no words, look at the flame trail and acceleration.

Just that gives you an idea of the performance of the system, RuMOD really treating us this July.

Everything was left for today it seems! Impressive!

After the completion of the full test cycle, it is planned to supply the first system to the air defense-missile defense association near Moscow

"At the Kapustin Yar training ground, the newest S-500 anti-aircraft missile system performed test combat firing at a high-speed ballistic target. According to the data of objective control, the target was hit," the military department said.

The ministry stressed that the tests confirmed the specified tactical and technical characteristics and the high reliability of Russian air defense equipment. "After the completion of the full cycle of tests, the plans for equipping provide for the delivery of the first S-500 system to the air defense-missile defense association near Moscow," the Defense Ministry said.

The S-500 has no analogues in the world. The anti-aircraft missile system is designed to destroy all available and promising means of aerospace attack of a potential enemy in the entire range of altitudes and speeds.

The S-500 system will replace the S-400. Earlier, the Minister of Defense of the Russian Federation Sergei Shoigu reported that the supply of the system to the troops would begin in 2020. Training of specialists for work on it has been conducted since 2017.

The acceleration is not as brutal as in the A-135 system missiles, but still they throw the missile well clear of the launch vehicle before starting the engine... it was always a question how to get such an acceleration when using a TEL instead of silos 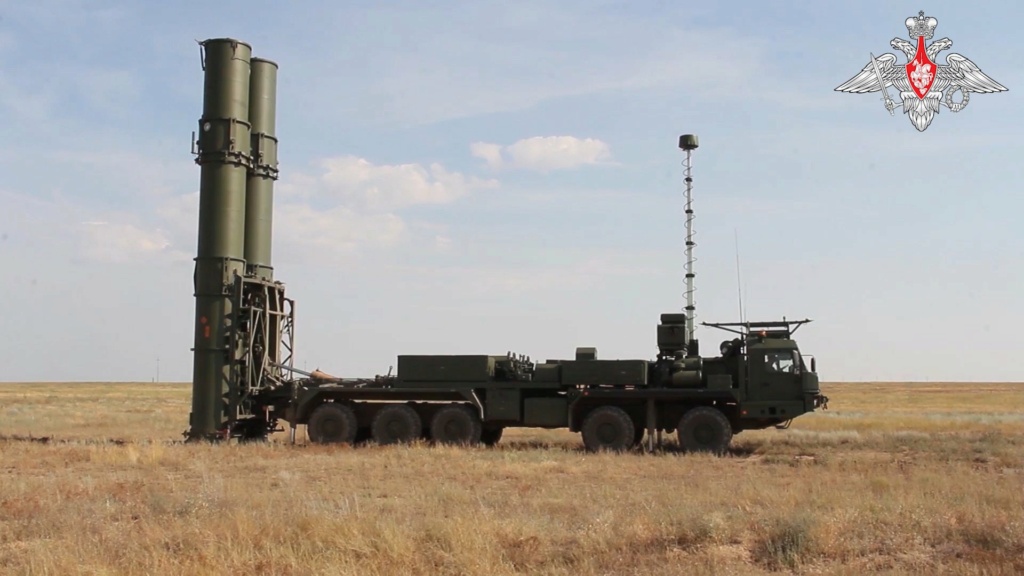 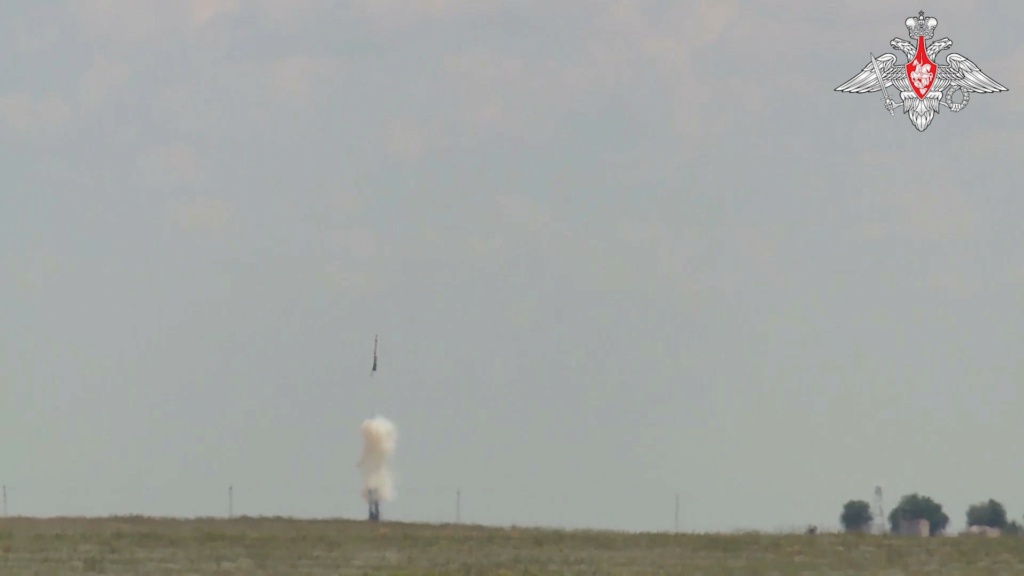 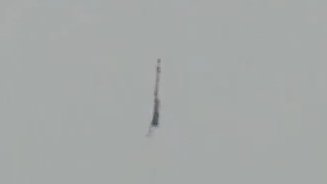 Two stage hypersonic missile from what I see with a vig booster and a scramjet on top.

The missile and the launching mechanism itself looks quite similar to the S-300VM "Antey-2500" system.

Yeah, it seems an unification of both systems, S-400 and S-300V, plus a sizeable step forward. Makes sense and it is a very "Russian" way of doing things...

I can imagine they'll use a similar solution with the mobile A-235 system currently under development, otherwise the launch platform would probably be destroyed in the process.
Big_Gazza

This could be the beginning of a new topic, or add 500 to the topics name
What an epic day

It very much looks like the larger missile of the S-300V system.

Being a multistage missile makes sense considering the performance requirements, but a solid rocket boosted scramjet powered missile is not likely simply because this system is supposed to reach target in low earth orbit including incoming ICBM and SLBM warheads and above about 90km there would probably not be enough air to run the scramjet.

The situation is quite complex with S-400 because for a while it was a 250km range missile the size of the old S-300P missiles plus two smaller missile types that could be carried four per launch tube.

Now it has become two large missiles of 250km and 400km range and the 9M96 missiles have essentially become the S-350 system instead.

With the S-500 looking like the larger missile of the S-300V/VM/V4 family, then this represents a further change and expansion of missile types.

Certainly to be effective against ICBM warheads and satellites in orbit it will need some very large multistage missiles, but to be useful and cost effective it will need smaller and cheaper missiles for other targets that don't warrant that sort of performance, so S-300VM type big missiles for 600km range targets and targets in space, while S-300PMU2 missiles in the 400km and 250km range could be used over shorter distances against lower performance targets like bombers or recon aircraft etc, and then perhaps S-350 missiles for all the targets previously engaged with the older S-300 and S-400 missiles too... with 9M100 missiles for close in self defence along with TOR and Pantsir units colocated to protect from being overwhelmed with swarm type attacks.


No, the S-500 will supplement the S-400. It has different capabilities, and adds a whole new layer to the Russian mobile tactical IADS capability. Mobile A-235 will add yet another

Indeed, the S-500 system is essentially a fully mobile Moscow ABM system with radars and missiles and command and control systems that can move around with mobile units on land and likely at sea.

A-235 is the Moscow ABM system and will likely be launched from hardened silos because it protects them from most conventional attacks and it is already built... they might extend it to also operate in St Petersberg as another major city, but also systems to protect the Northern Fleet base area and also the Pacific Fleet base area too.

So they will have static ABM systems for cities and military ports or major airfields or military district command centres and over the horizon radar sites, and then a mobile version for armour formations and major bases and strategically important production areas and of course a naval system for destroyers and cruisers and CVNs to defend themselves from hypersonic manouvering threats like anti ship ICBMs and any Zircon equivalent the enemy might eventually come up with.


This could be the beginning of a new topic, or add 500 to the topics name
What an epic day

For the moment I might just add S-500 but we might create a separate thread as more information comes to light.

Not the S 500 is fully ABM. It also has the ASAT ability. It is supposed to capture IRBMs and even ICBMs in the terminal phase. The containers look very similar overall to those for the 9M82 missiles.
galicije83

,This new rocket is made.from 9M82..start sound is same,and time when its activated second stage is same as on 9M82 rockets with same time delay.....
dino00

galicije83 wrote:,This new rocket is made.from 9M82..start sound is same,and time when its activated second stage is same as on 9M82 rockets with same time delay.....

The unit called the Grill Pan has three smaller antennas below the main phased array that are supposed to cancel the sidelobes of the radar.  Will that reduce the sidelobes without making the mainlobe beam wider? 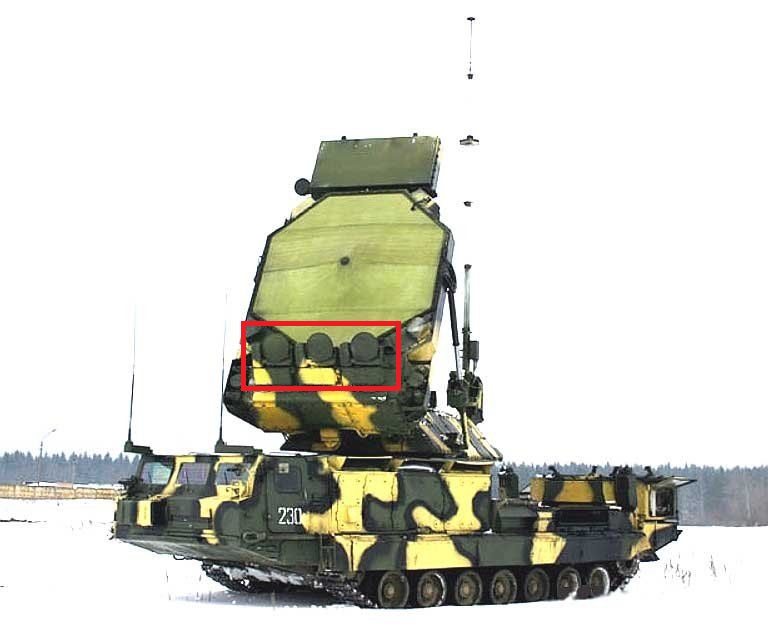 Main difference to the S-300V4 with 9M82 missiles is the guidance method. The TEL has no radar mast as the similarly looking Abakan shown last year.

The original S-300V entered service more than 35 years ago... I would expect that by now they would have an AESA ARH guidance with backup IIR for targets in space.

When they started the S-500 they said it would be a from scratch brand new design... I guess they changed their minds.

Note before the US walked away from the ABM treaty this system would be super illegal as it is essentially a full ICBM and SLBM ABM system that is mobile.

This is the Air Force section and so the relevant S-300 is the S-300P family which is basically the same as the Navy S-300F but was developed much further, but unrelated to the Army S-300V which this S-500 seems to be based on.

I suspect the Air Force and Navy will use the S-500 too so the S-500 thread could remain in this section, but now we have pictures it could probably get its own thread.

It is of course very likely that S-500 will have multiple missile types with all using higher speed missiles, but some optimised for space interception of satellites in orbit and also ICBM and SLBM warheads moving at high speed, while others might be optimised for groups of targets large distances away... so a 600km range missile that carries a dozen 9M96 missiles that can then spread out and take down a large group of incoming bombers or fighters or cruise missiles for instance.
Sujoy

The missile is probably the 77H6. Looks a lot like a 9M82 with a bigger booster stage. Could also be the 40N6 missile that the S-400 can also employ.

I wonder if the test used the Enisei radar system or something else entirely. Given how the S-500 is supposed to interface with the S-400 and 300PM(2), I suppose it can also use the radars of these systems, albeit with a smaller engagement envelope.

There is a video of 40n6 launch from turkish s-400. It's similar to this launch.

This is probably the 77N6 which is based on the 9M82. This has been known for some time. Anyway, you can see from the movie that they are similar missiles. The 40N6 missile is based on the 48N6DM.
lyle6

The older missiles had monstrous kinematics that the limited guidance and control laws of the time never really tapped the full potentiality of; is it really strange if all they did is just update the seekers and et voila - there's your S-500?
Sponsored content