According to the magazine "Jane's Defense Weekly" in an article by Erwan de Cherisey "Angolan military exercise reveals new Chinese armored vehicles", during the demonstration exercises of the 50th Motorized Rifle Brigade of the 5th Angolan Army Division in Sobia Matias in the South Angolan province, held on January 29, 2017 Kwando-Kubango were first demonstrated Chinese wheeled armored vehicles WMA301 with 105-mm cannons and Chinese command-staff cars based on the WZ551 wheeled armored personnel carrier. The purchase of this technology by Angola in the PRC was not previously known. 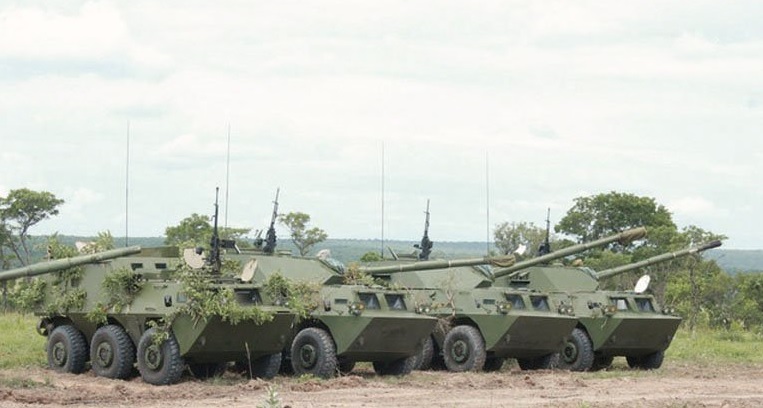 One of the Angolan officers who participated in the exercises in Sobya Mathias told reporters that Chinese armored vehicles WMA301 were received by the Angolan army in 2016, but refused to name the number of units supplied. Four WMA301s and one or two WZ551-based winches were demonstrated at the exercises.

In total, more than 3,500 Angolan servicemen took part in the exercises at Soba Matias, followed by the Defense Minister of Angola, João Laurens. In addition to the new Chinese armored vehicles, 20 T-55 and T-72 tanks, 32 BMP-2 and MT-LBs, 24 artillery pieces and BMZ BM-21 combat vehicles, several ZSU-23-4 "Shilka" . With the helicopters Mi-171Sh recently received from Russia, the landing of fighters of the Angolan special forces was demonstrated.

On the page of the Military Institute (Engineering and Technical) of the Military Academy of Material and Technical Support (St. Petersburg) in the social network "Facebook" a video of the speech of the Angolan cadets at the battle song contest was published. Angolans took first place. 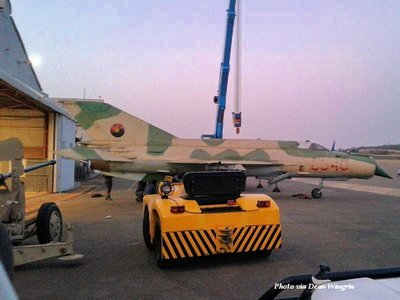 The airplane with the Angolan number C340 was transferred from the exposition of the South African Air Force Museum at the Zwartkop airbase on September 15, 2017, and was delivered to Angola on September 17 on board the Angolan military transport plane IL-76TD (T-911). The commander of the Angolan Air Force, General Francisco Afonso, confirmed on 17 September that the MiG-21 was returned to Angola as a gesture of goodwill from the President of South Africa, Jacob Zuma, to commemorate the official opening on that day of a monument in honor of the fighting between the Angolan (as well as Cuban) and South African forces near Quito-Quanavale in the south of Angola in 1987-1988.

The MiG-21bis fighter of the Angolan Air Force with Angolan number C340, piloted by the Angolan pilot Lieutenant Vines, departed on December 14, 1988 for transfer from the Angolan airfield Lubango to another airfield Menong. Having fallen into heavy cloud cover, the pilot lost his orientation, lost his way and, after producing fuel, made a successful forced landing with the released landing gear on the field near Tsumemb in Namibia, then controlled by South Africa. The plane and the pilot were captured by the South African military, with South Africans struggling to persuade Lieutenant Vines to surrender, because he believed he was in a territory controlled by the UNITA movement and feared reprisals.

The first Su-30Ks in Angola

Appeared photos of one of the first Su-30K fighters brought to Angola, accompanied by representatives of the "558th Aviation Repair Plant" (Baranovichi, Belarus), where these aircraft were pre-sale repairs. 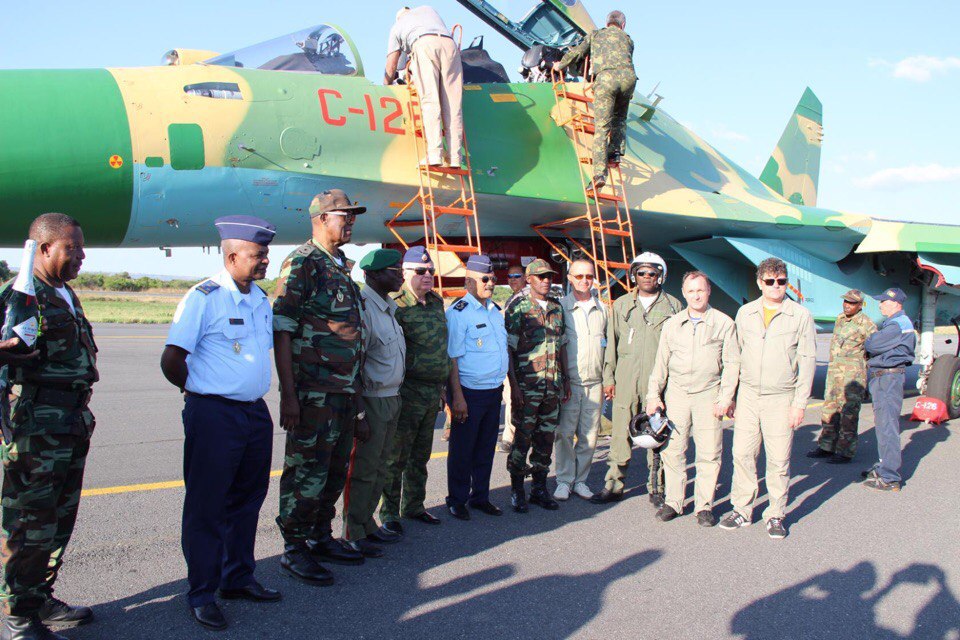 Recall that the deputy general director of the 558th ARZ Alexander Vorobey said on September 19, 2017 about the delivery to Angola of the first two Su-30K fighters out of 12 ordered by the Angolan side, adding that he believes that "supplies will be completed by early next year."

The contract for the acquisition of Angola in the Russian loan 12 out of 18 former Su-30K fighters was signed by Rosoboronexport JSC during the visit of Deputy Prime Minister of Russia Dmitry Rogozin to this country in October 2013. It was reported that initially the delivery of all 12 aircraft was to be made by early 2017.

Su-30K fighters (T-10PK) are "transitional" aircraft built as the first 18 vehicles at Irkutsk Aviation Plant Corporation Irkut Corporation for the delivery of India under the Su-30MKI program under the 1996 and 1998 agreements. Su- 30K (serial numbers 04-01 to 04-10 and 05-01 to 05-08) were supplied by the Indian Air Force in 1997-1999, but by agreement of December 2005 they were returned by the Indian side of Irkut Corporation in exchange for supply of 16 new full-fledged Su-30MKI fighters of Irkutsk production in 2007.

In July 2011, all 18 Indian-returned Su-30K were transported from India to the 558th ARZ in Baranovichi, where they were stored for resale purposes, remaining the property of Irkut Corporation. The aircraft were not returned to the Russian Federation in order to avoid tax payments. At the 558th ARZ, repairs are carried out with modernization and pre-production preparation of these aircraft for delivery to Angola.

Pictures of the first past repair and modernization for Angola fighter Su-30K during the round-robin tests in Baranavichy appeared in early 2017.

In July 2017, there were reports of negotiations between the Russian and Angolan sides regarding the sale of the remaining six Su-30K fighters to Angola from storage in Baranovichi. 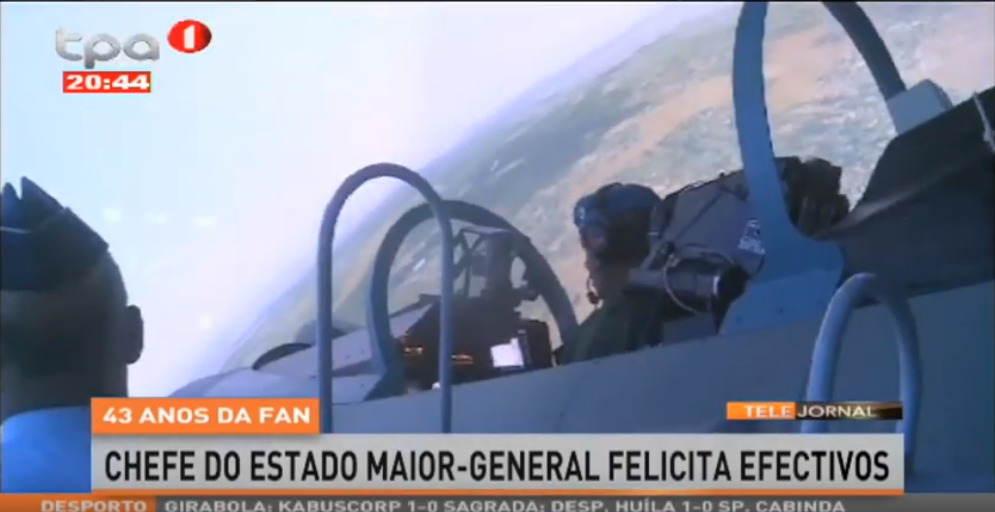 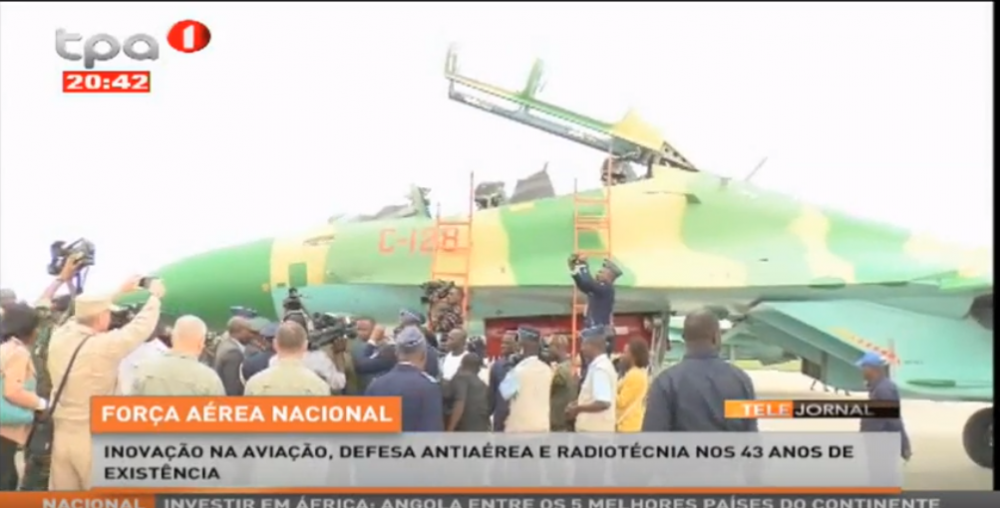 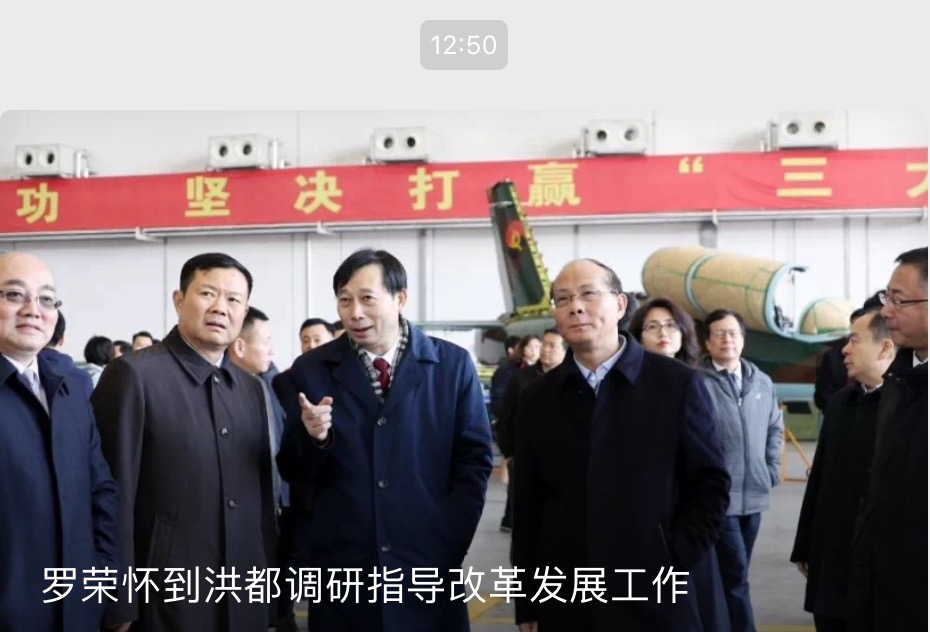 In the Chinese segment of the Internet, a photo was published from the assembly shop of the Hongdu Aviation Industry Group (HAIG) aircraft building, which shows the JL-8 (K-

Karakorum training and combat aircraft with identification marks of the Angolan Air Force. Previously, the supply of this type of aircraft in Angola was not reported.

According to the Report for the UN Register of Conventional Arms for 2018, Lithuania declared exports to Angola of 16 self-propelled 2P25-2L launchers for the 2K12M1-2L “Kvadrat-2L” air defense missile system - upgrading the Kvadrat-M1 air defense missile system, which allows to improve technical characteristics and expand the functionality of the air defense system through the implementation of new algorithms for processing and displaying information by devices, the use of digital signal processing on a modern element base, with digital (software) selection of moving targets and automatic pickup and processing information.

The development was carried out by the Ukrainian NPO Aerotekhnika-MLT, and then transferred to the Lithuanian Litak Tak, through which export deliveries and modernization are carried out on the basis of the customer. 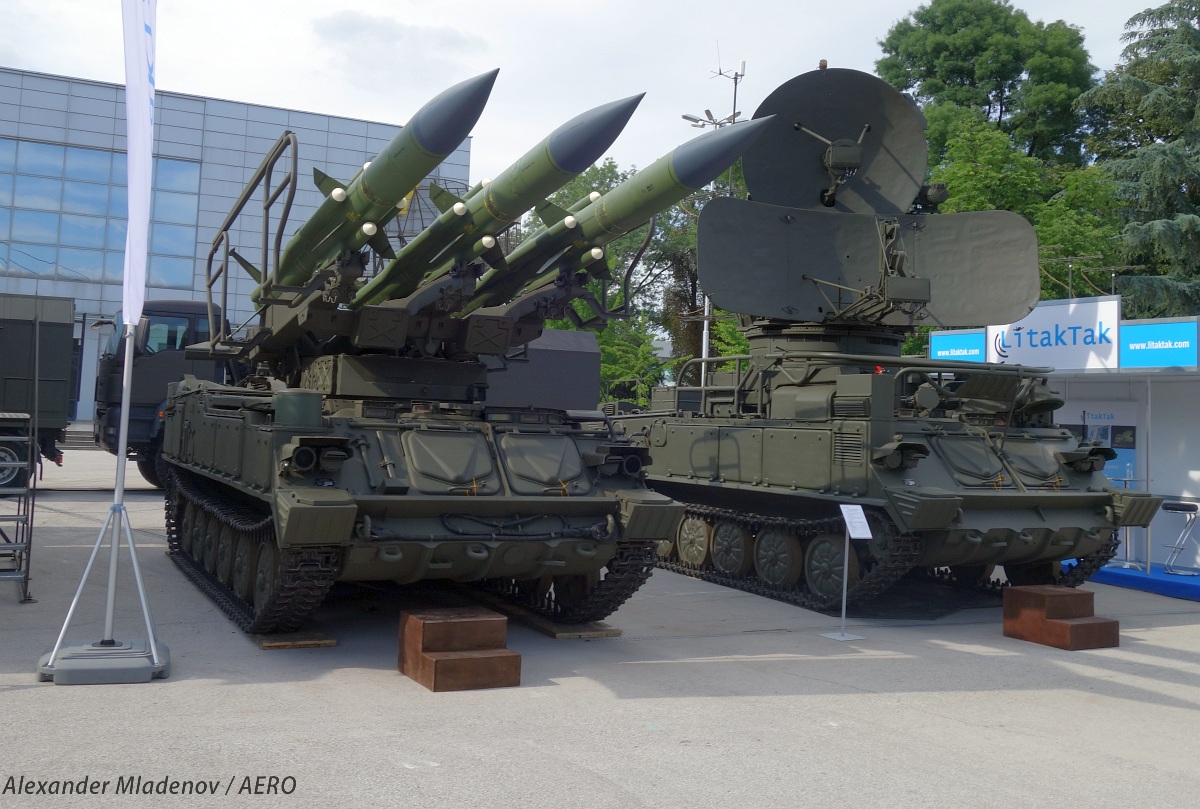 According to Scramble's aviation resource, the Angolan Air Force received two Chinese MA60 turboprop transport and passenger aircraft. Two MA60 aircraft marked with the Angola Air Force mark, but retaining temporary Chinese registration numbers B-00D8 and B-00D9 were shot at the international airport of the capital of Bangladesh, Dhaka during an intermediate landing during the transfer from China to Angola. 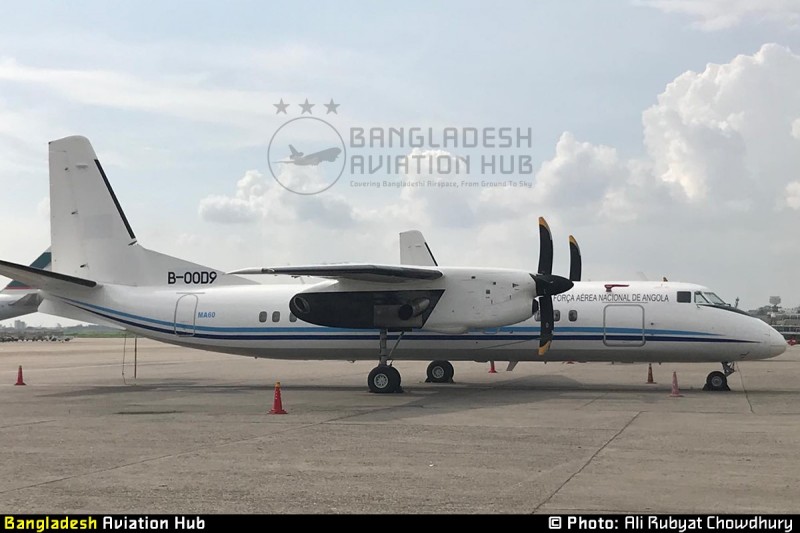 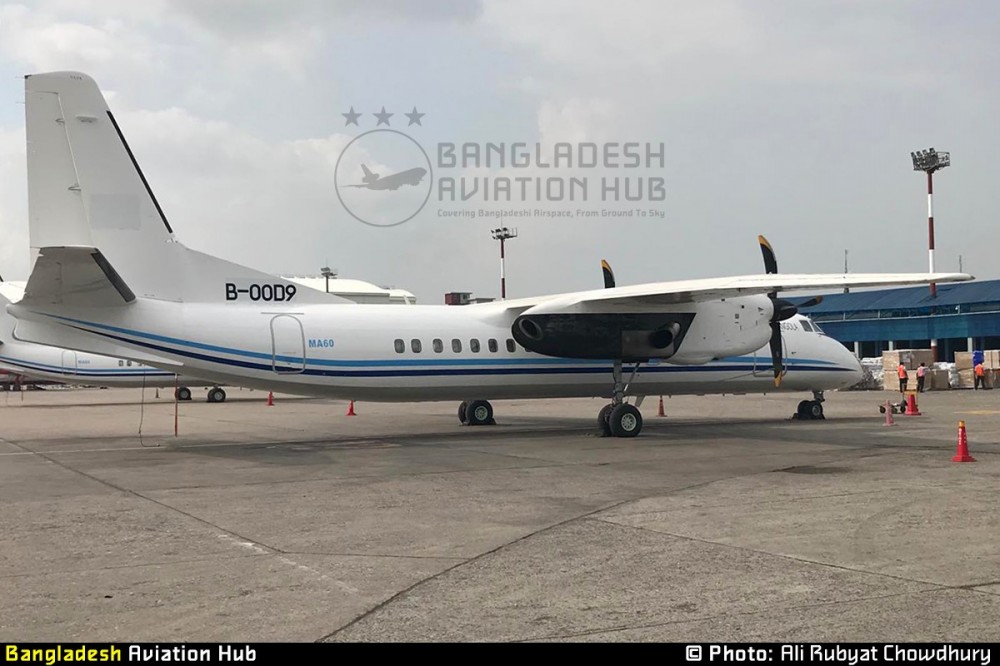 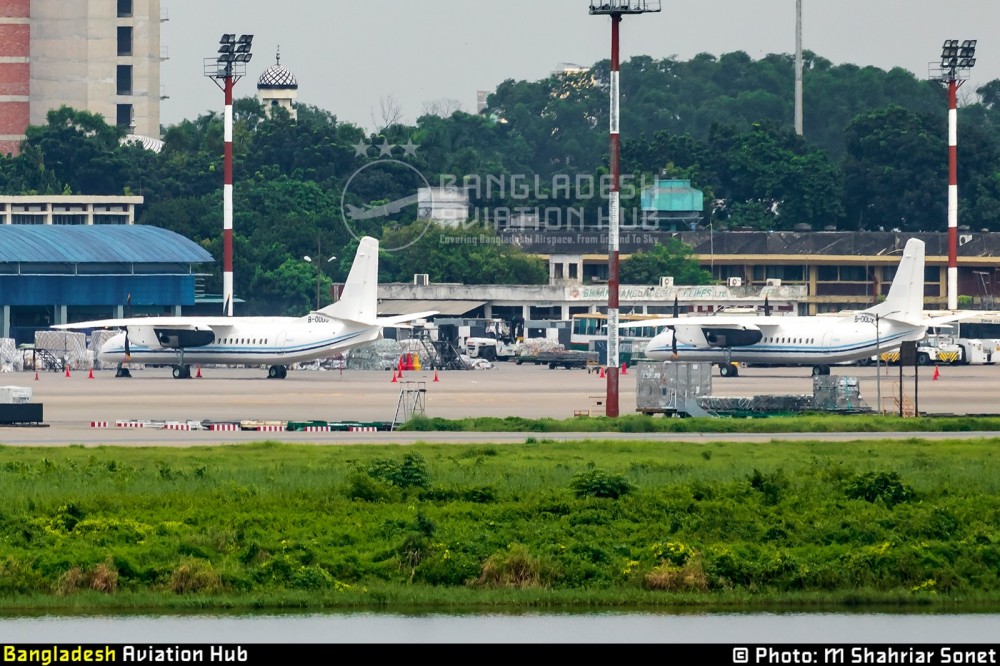 It is rare to see the flight of two Su-30K fighters of the Angolan Air Force on the capital of this African country. The contract for the purchase of 12 of 18 former Indian Su-30K fighters by Angola on account of a Russian loan was signed by Rosoboronexport during a visit to this country by Russian Deputy Prime Minister Dmitry Rogozin in October 2013 All 12 aircraft were delivered to Angola in the first half of 2019.

The planes were not returned to the Russian Federation in order to avoid tax payments. In July 2017, there were reports of negotiations between the Russian and Angolan parties regarding the sale of the remaining six Su-30K fighters from storage in Baranovichi to Angola.

Angolan Air Force Su-30K fighters equipped with R-73 short-range air-to-air missiles made a visit to the Democratic Republic of the Congo. The contract for the purchase of 12 of 18 former Indian Su-30K fighters by Angola on account of a Russian loan was signed by JSC Rosoboronexport during a visit to this country by Deputy Prime Minister of the Russian Government Dmitry Rogozin in October 2013. All 12 aircraft were delivered to Angola in the first half of 2019. 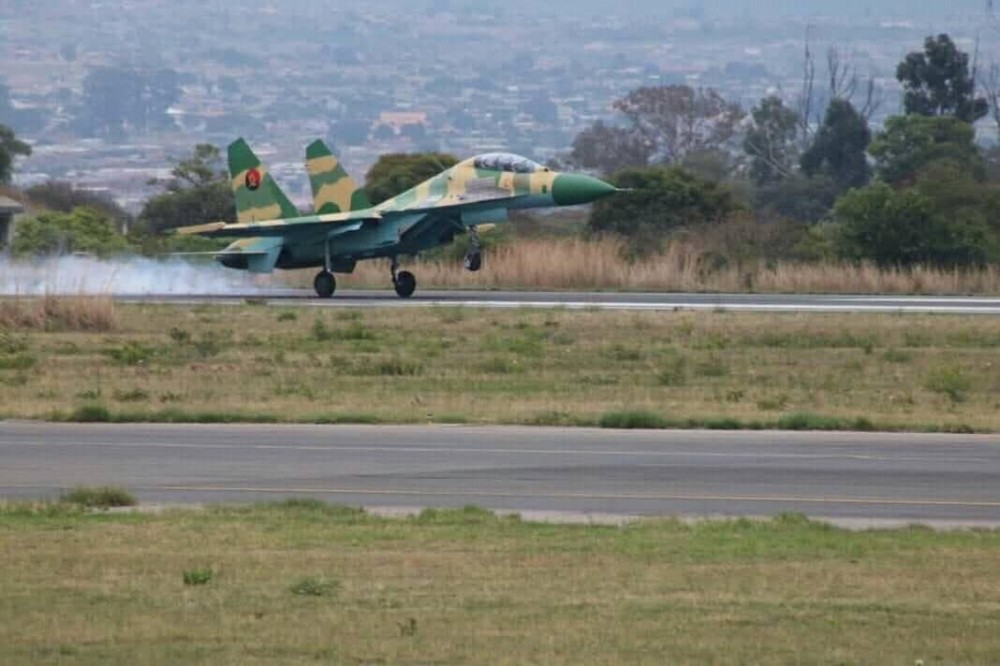