TheArmenian wrote:Can anyone please remind me the difference(s) between the Bakhcha turret/module used on the BMD-4M and the older turret used on BMD-4 and BMP-3?

So what are the differences between Bakhcha turret and BMP-3 turret? Is the mechanism different? is it just sensors and/or optics?
Morpheus Eberhardt

TheArmenian wrote:So what are the differences between Bakhcha turret and BMP-3 turret? Is the mechanism different? is it just sensors and/or optics?

From memory, other than the general state of sensors, optics, electronics, and software (AI capability), the Backcha-U is different from the BMP-3 turret, in that, Backcha-U loads the longer missile rounds in a fully automatic mode, while in the standard BMP-3 turret, some manual intervention is required in the last phase of loading the longer missile rounds (probably during the ramming phase).

Both type of the turrets would, of course, have different standards of sensors, optics, and electronics depending on what variants they are and their exportability/nonexportability status.

Also some variants of BMP-3 use Backcha-U (some of them are called BMP-3M).
GarryB

The first BMP-3s had a small electronics/optics box above the main gun and less sophisticated optical port arrangements.

Newer turrets had the laser range finder and laser target marker for the laser guided missiles integrated into the weapon sights for the gunner.

Search images on Google and you will quickly see the difference. 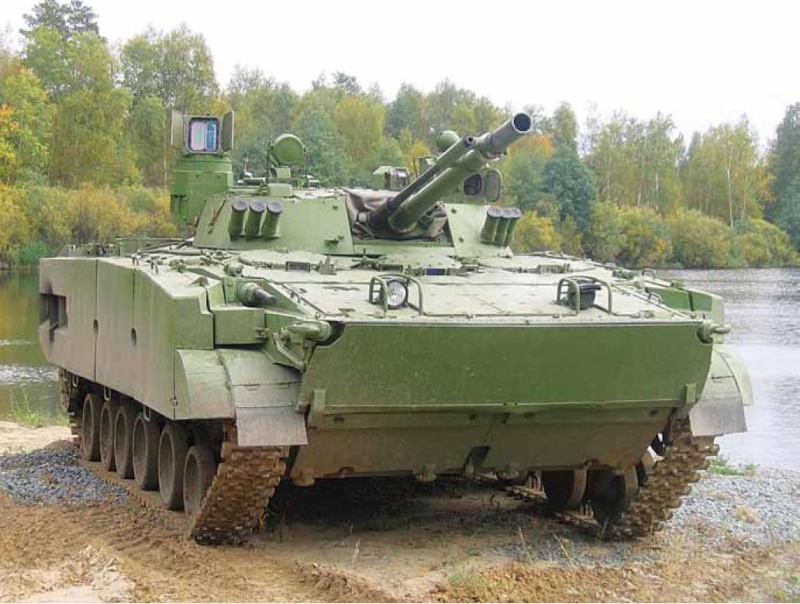 and here the old sights and gun mounted sight; 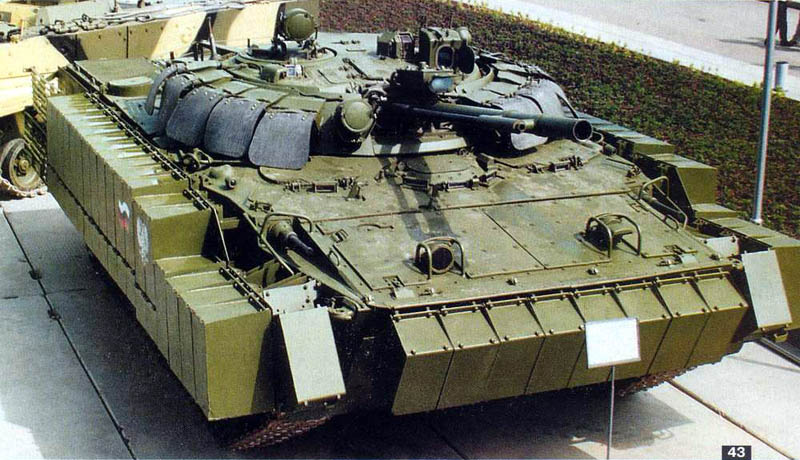 BTR "Rakushka" based on the BMD-4 platform. It is supposed to replace the BTR-D of the VDV.
George1

Yes, and as the title suggests it is the BTR version of the BMD.
TheArmenian

Nice video of the Rakushka on testing.

Nice video of the Rakushka on testing.

Includes a nice size comparison with the older model.

I didn't know it had an automatic transmission, but that's what they say in the video.

Russian Paratroopers to Get First Advanced Armored Vehicles in 2015

Deputy Commander of the paratroopers Maj. Gen. Andrei Kholzakov stated that first multi-purpose armored vehicles will be put in service with the Russian Airborne Forces (VDV) this year after approval by a state commission.

MOSCOW, January 15 (Sputnik) – The first multi-purpose armored vehicles will be put in service with the Russian Airborne Forces (VDV) this year after approval by a state commission, deputy commander of the paratroopers told Rossiya-24 TV channel on Thursday.

"The vehicles proved themselves as technology of the future: they roved in differing climatic conditions, airdropped, tested in water, including being redeployed at sea. All of this was noted by the commission, which recommended to supply the VDV [with the vehicles] this year as a result of testing," Maj. Gen. Andrei Kholzakov said.

The 13-ton BTR-MD Rakushka can carry 13 paratroopers, while the BMD-4M can carry six and is equipped with a 100-mm gun.
zg18 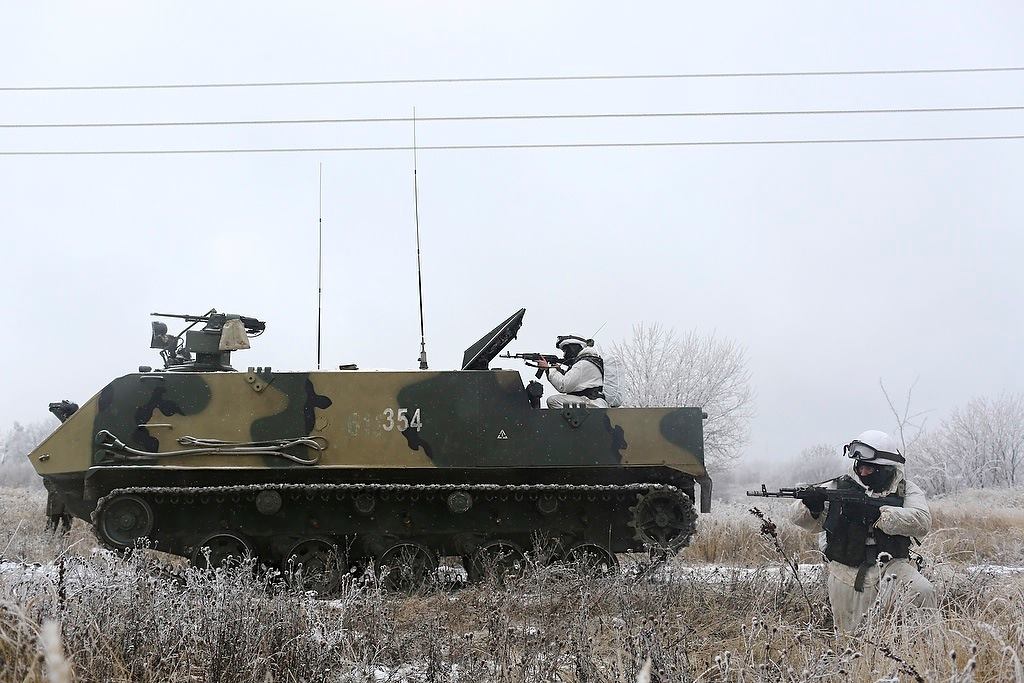 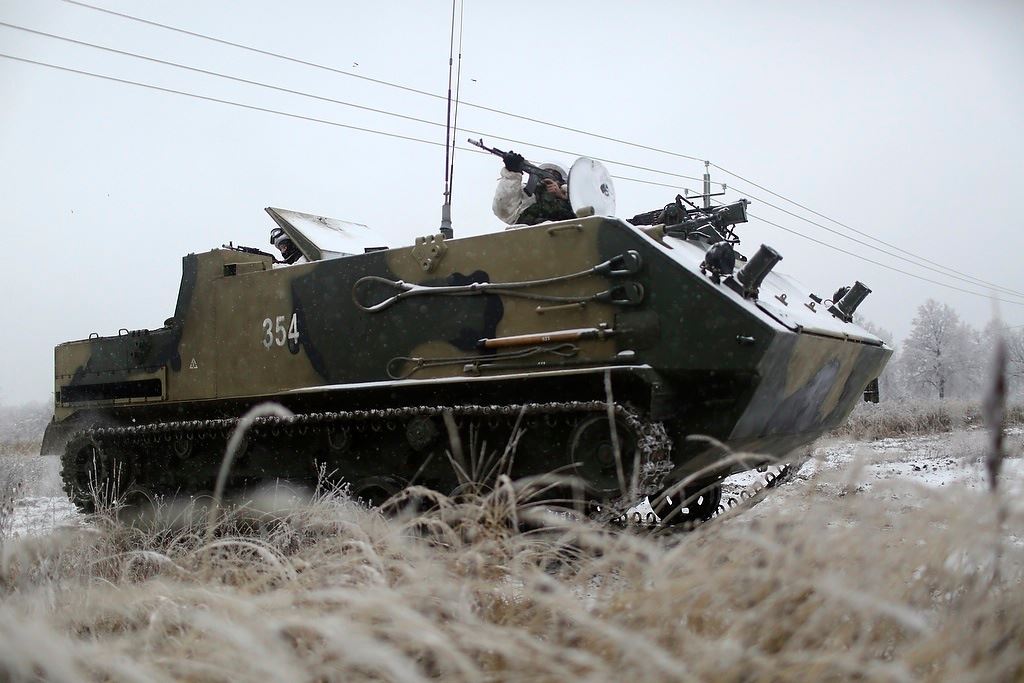 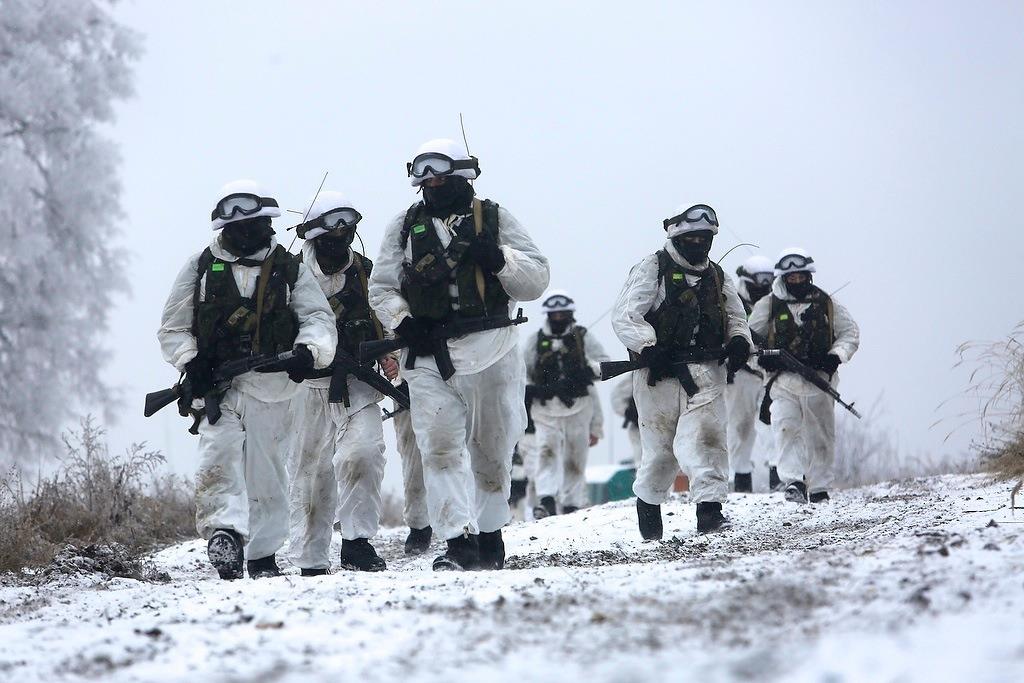 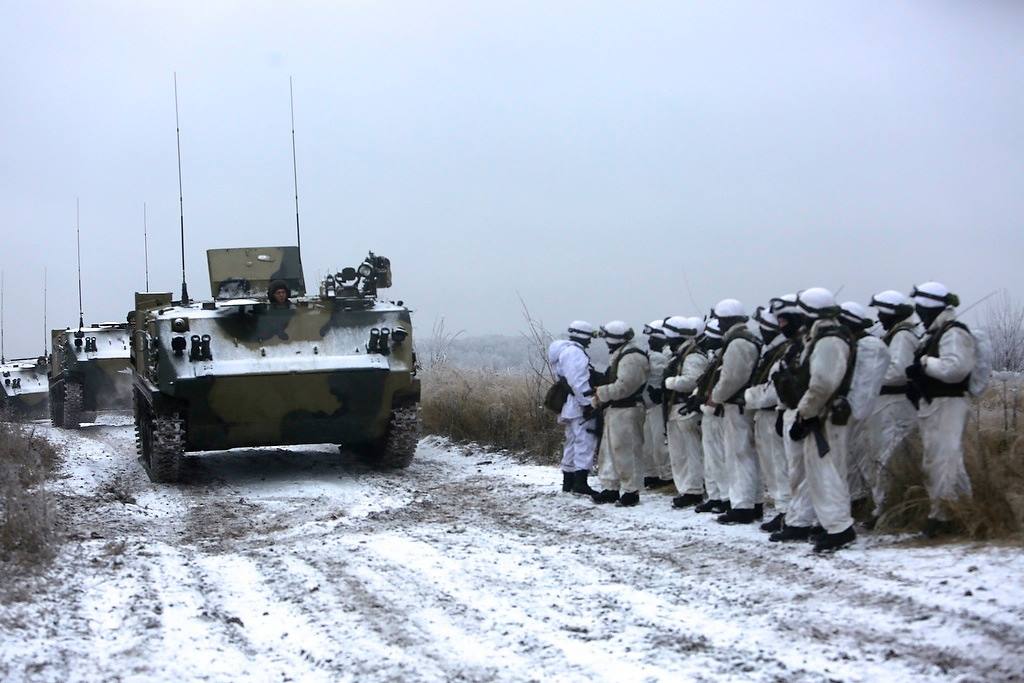 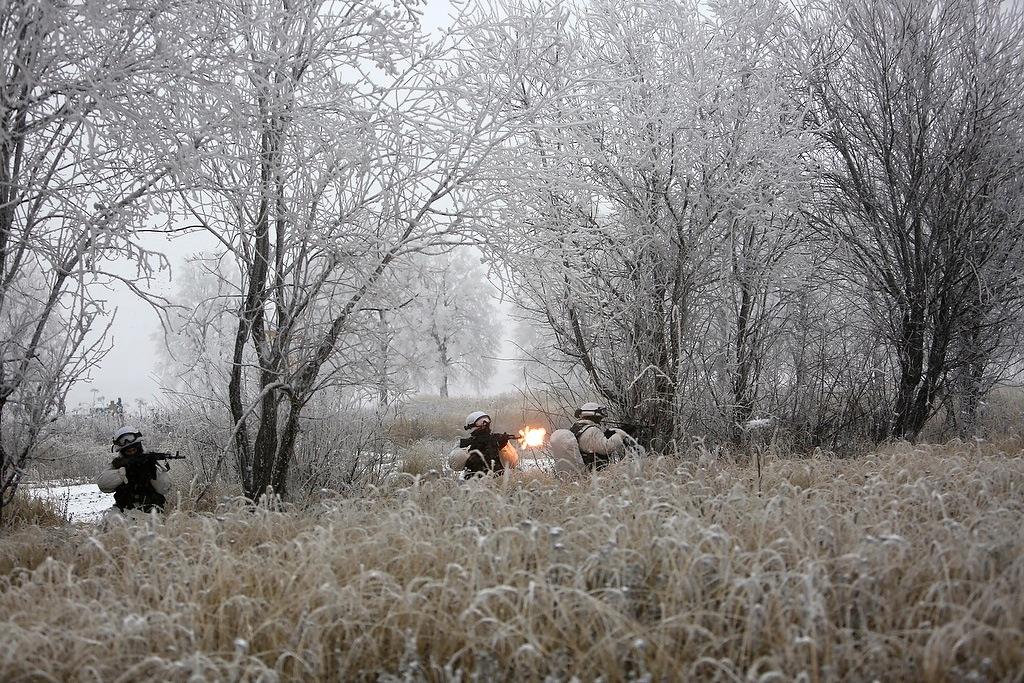 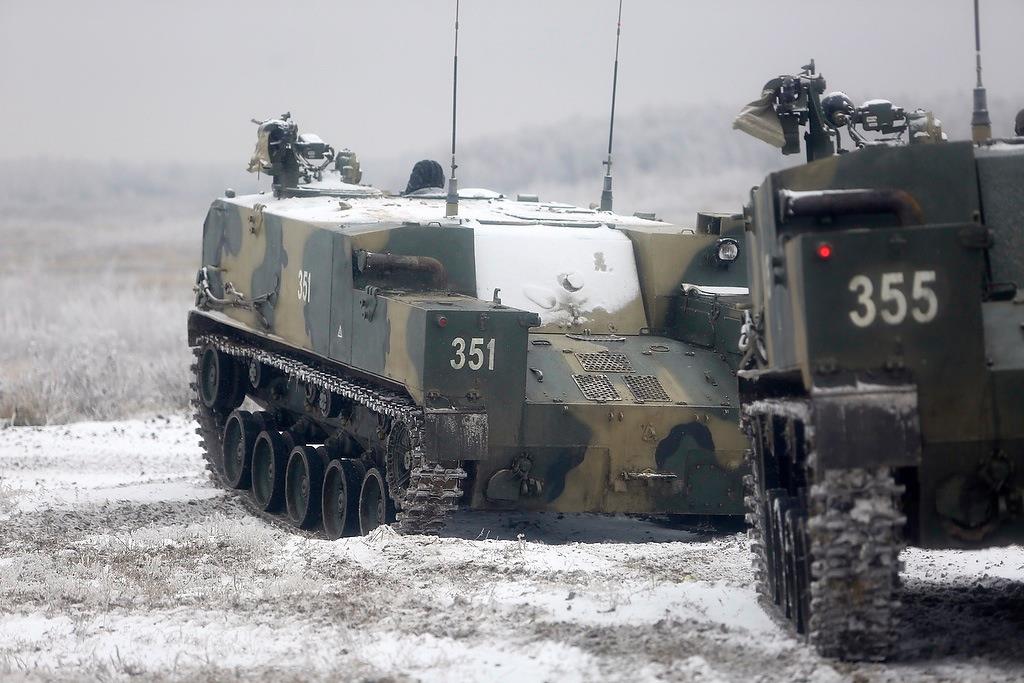 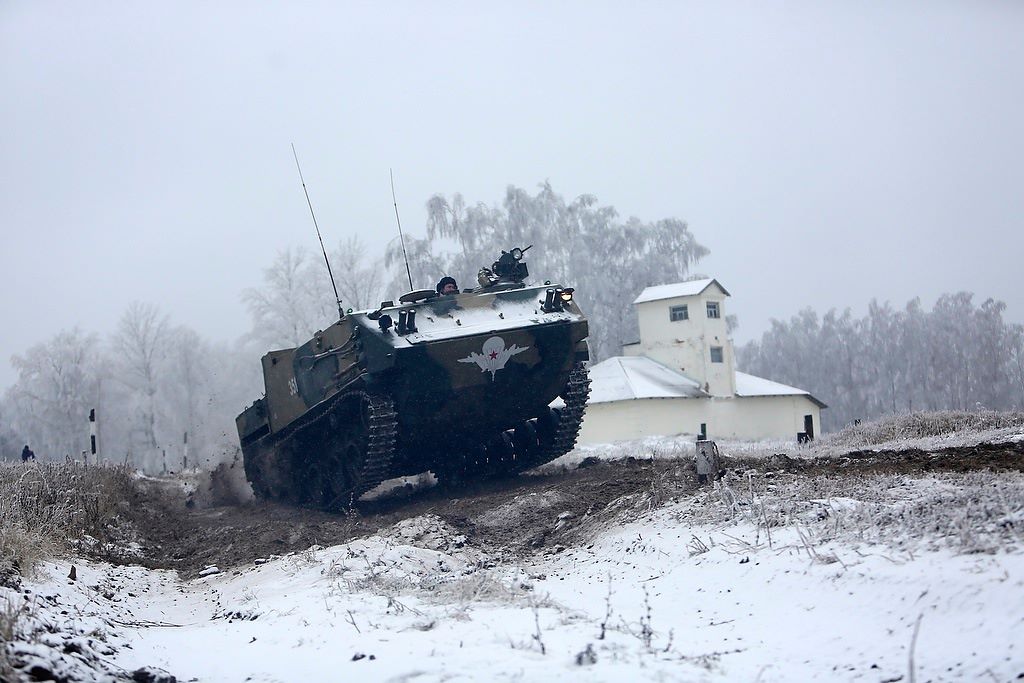 From the videos of it testing, they really need to add a small extendable ladder at the end of the engine deck. Soldiers struggle to get in if not offered a hand.

The entry way is compromised in general, but a small ladder would make it adequate IMO.
George1

Still struggling to understand why a ladder or steps were not provided for on the small rear plate.
George1

An actually impressive photo-report by the MOD. BMD-4M testing.

Word on the street is the sights and gun stabilization and accuracy are excellent.
Mike E

An actually impressive photo-report by the MOD. BMD-4M testing.

Word on the street is the sights and gun stabilization and accuracy are excellent.

"Can it be true? TR1 saying something positive about Russian vehicles?"

In all seriousness that's great to hear.
TR1

I say positive things about Russian vehicles all the time, the thing is this forum makes Rogozin look like a Russia critic half the time

It was a joke hence the quotations. Yes and no... Of course being a "Russian focused forum" we're gonna be a little bias. My bias for Russia is more a bias against the West.
TheArmenian

TR1 wrote:Still struggling to understand why a ladder or steps were not provided for on the small rear plate.

These Rakushkas are prototypes or early production units for testing.

The regular BMD-4M has a small step at the back.
I am sure they will install one on the Rakushka once full scale production starts.
Hell, even if they don't: how hard is it for the VDV guys to weld one on the vehicles themselves?
George1 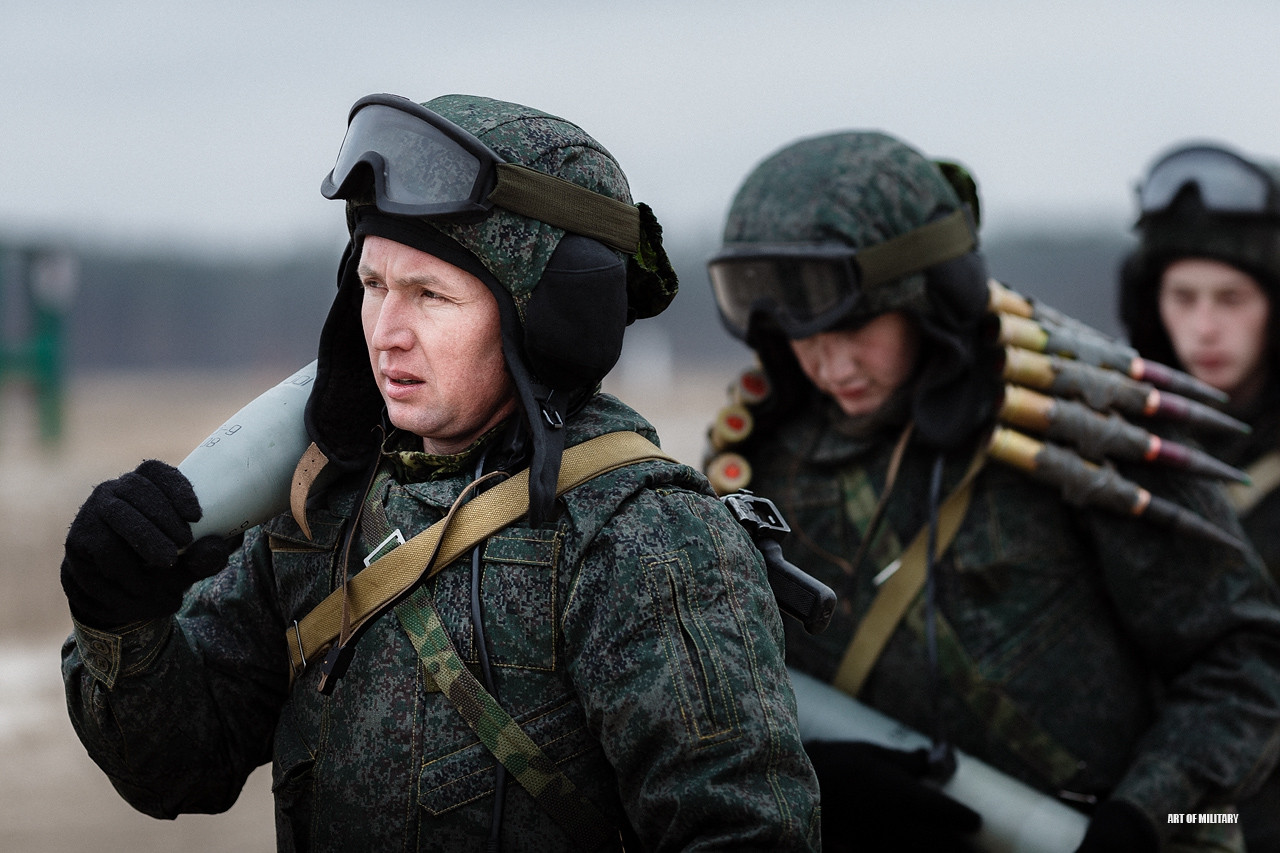 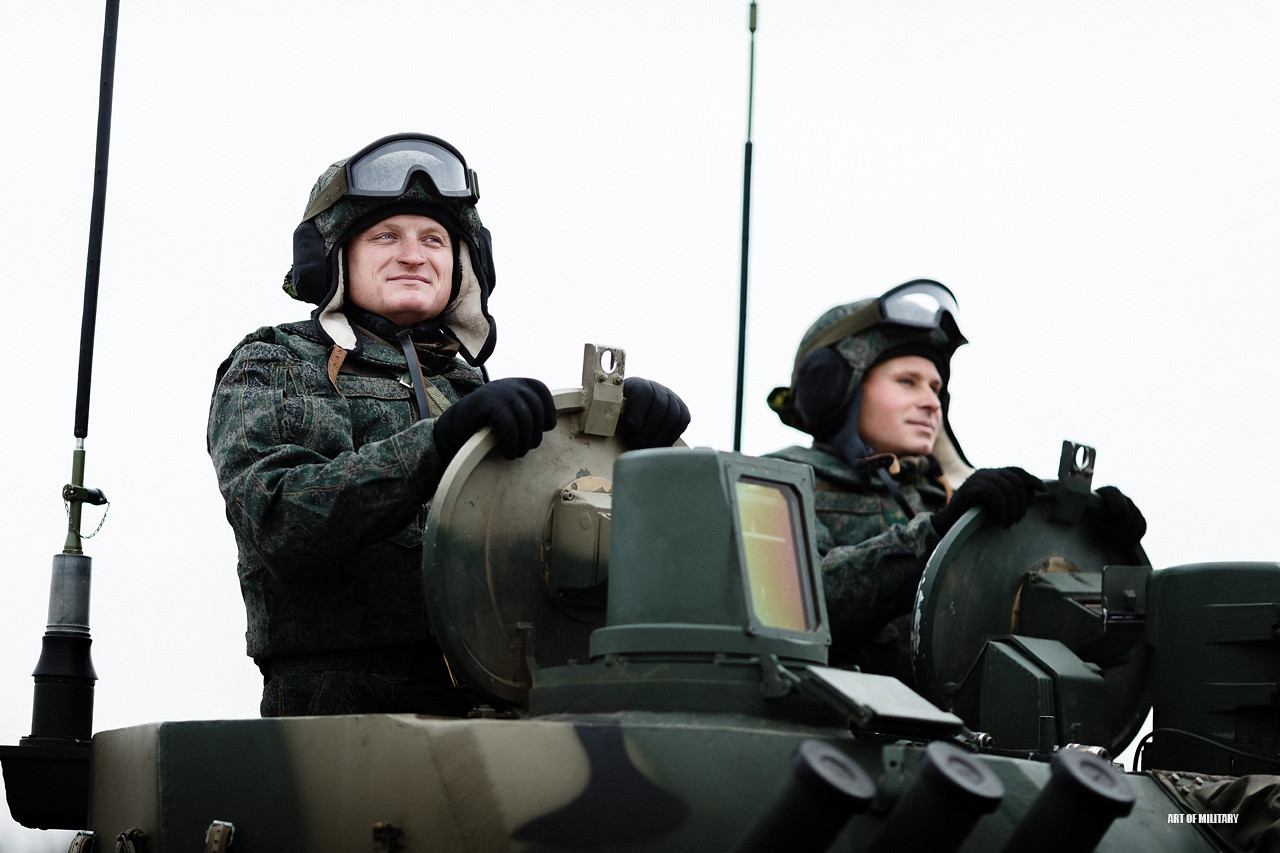 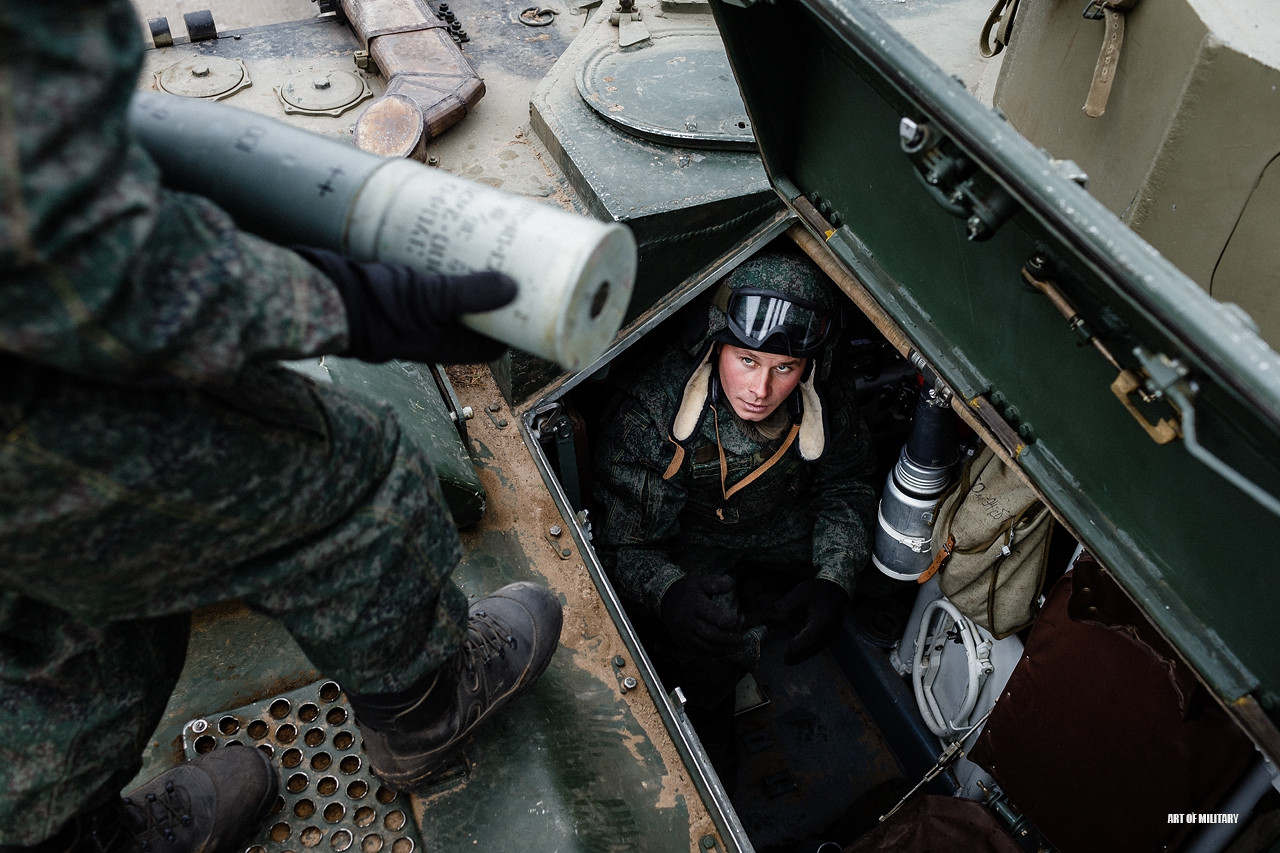 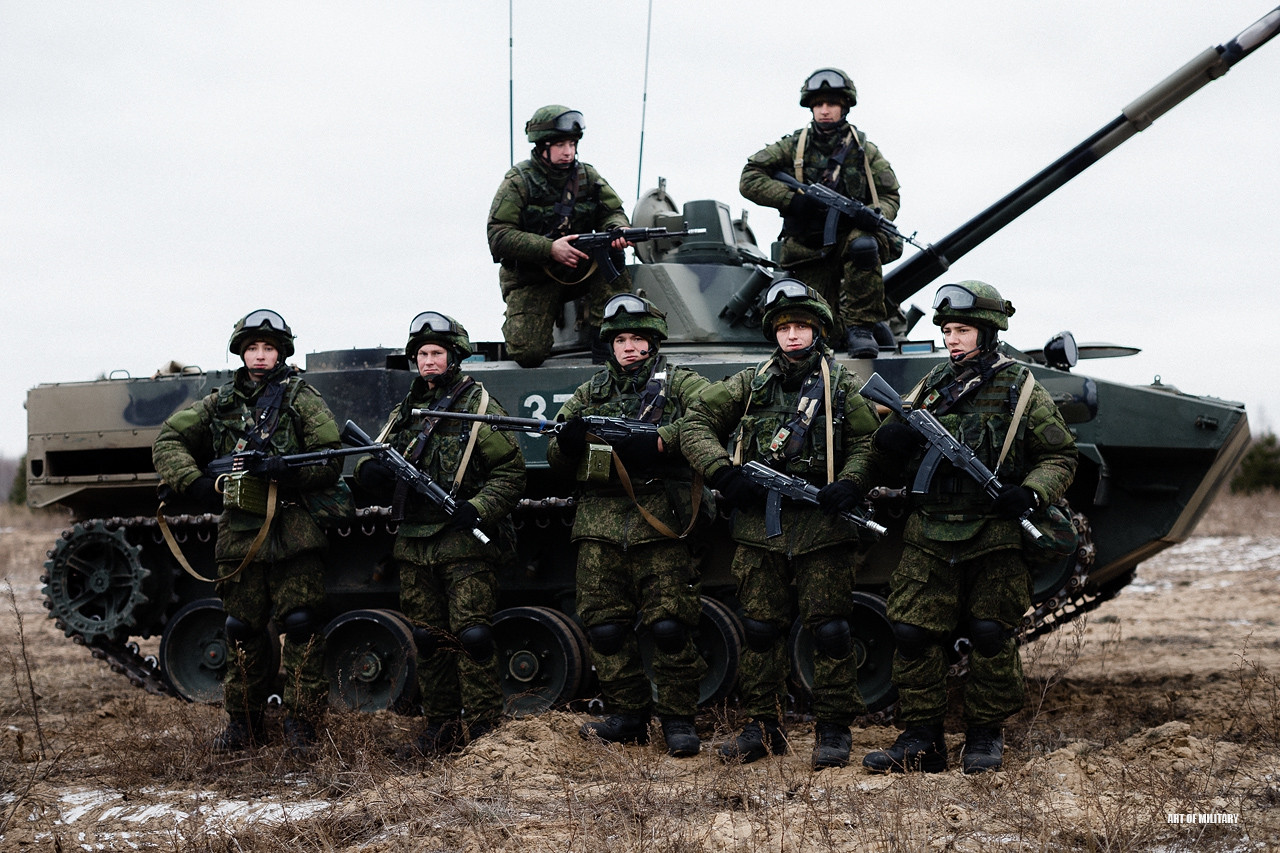 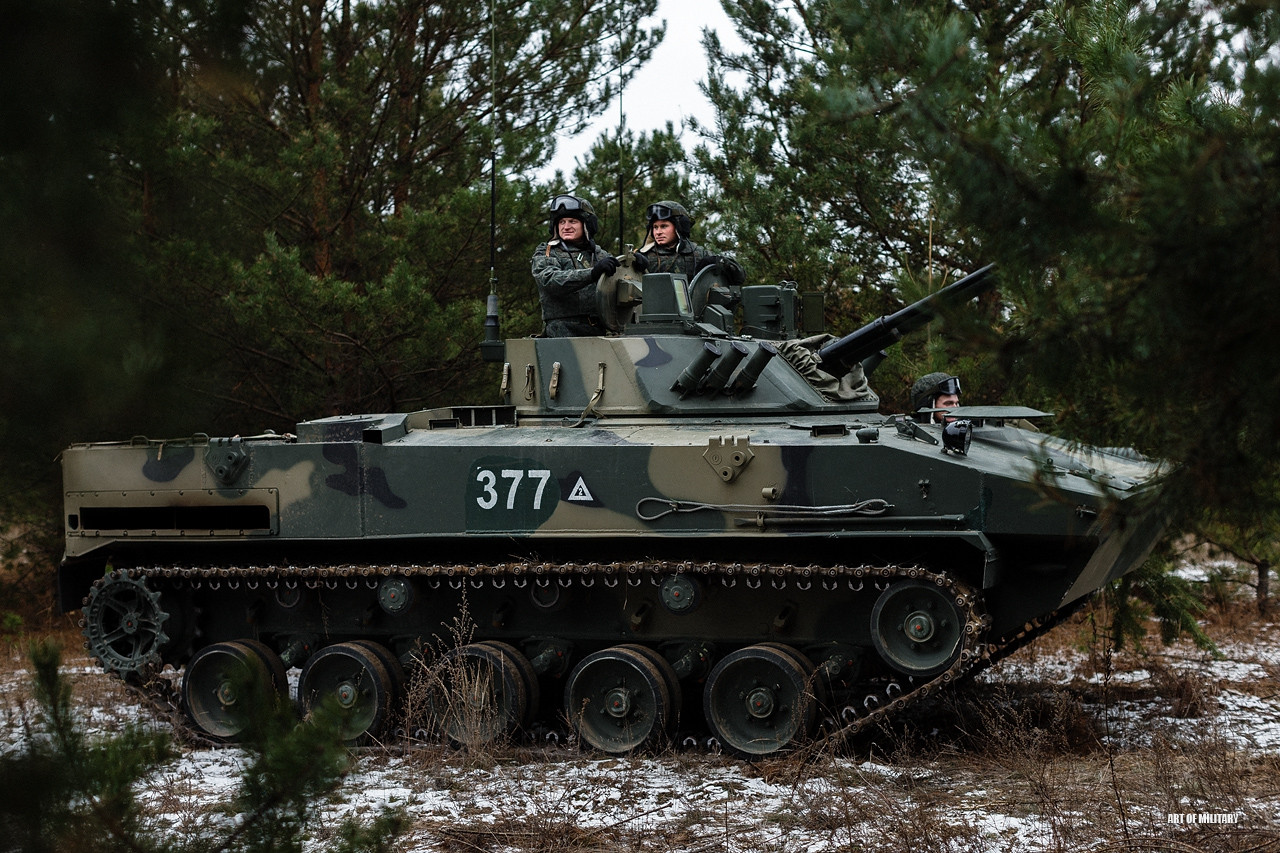 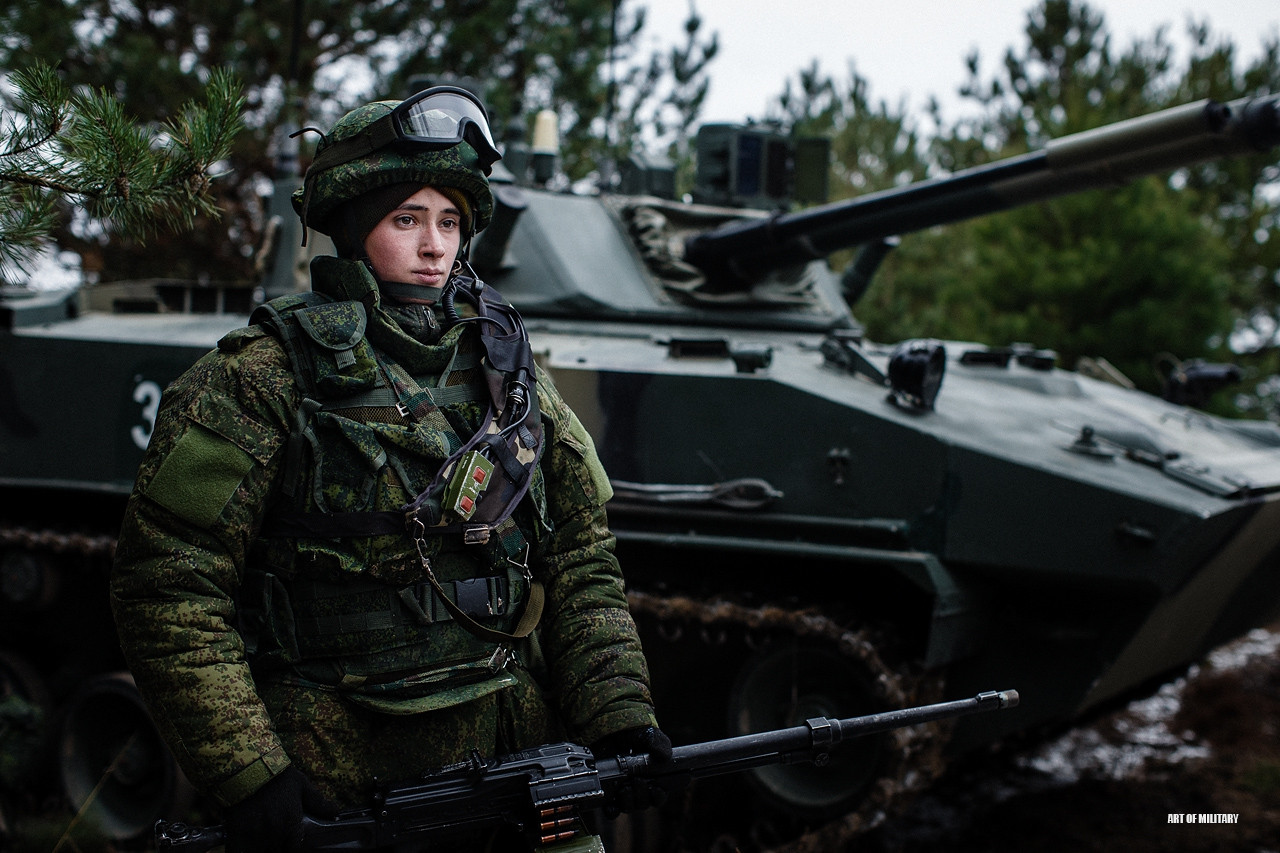 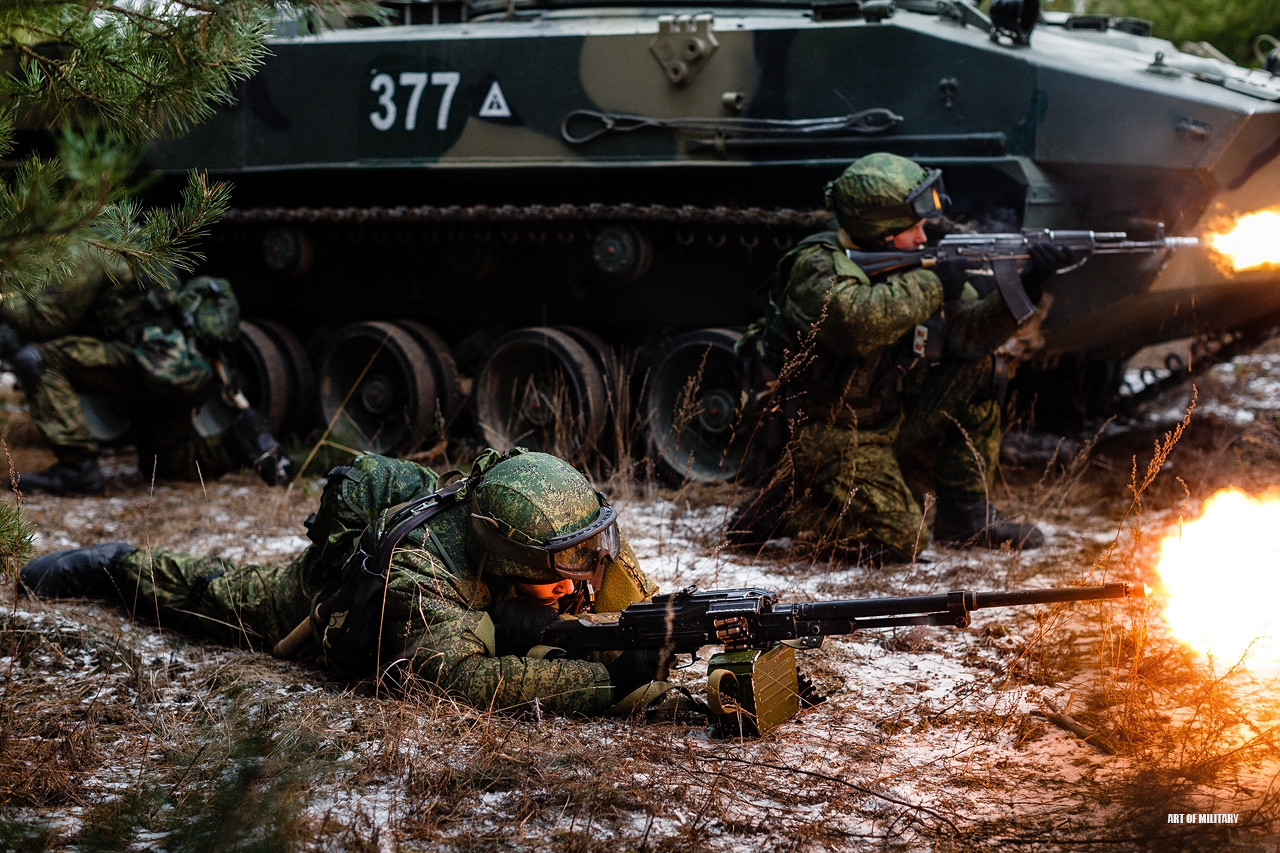 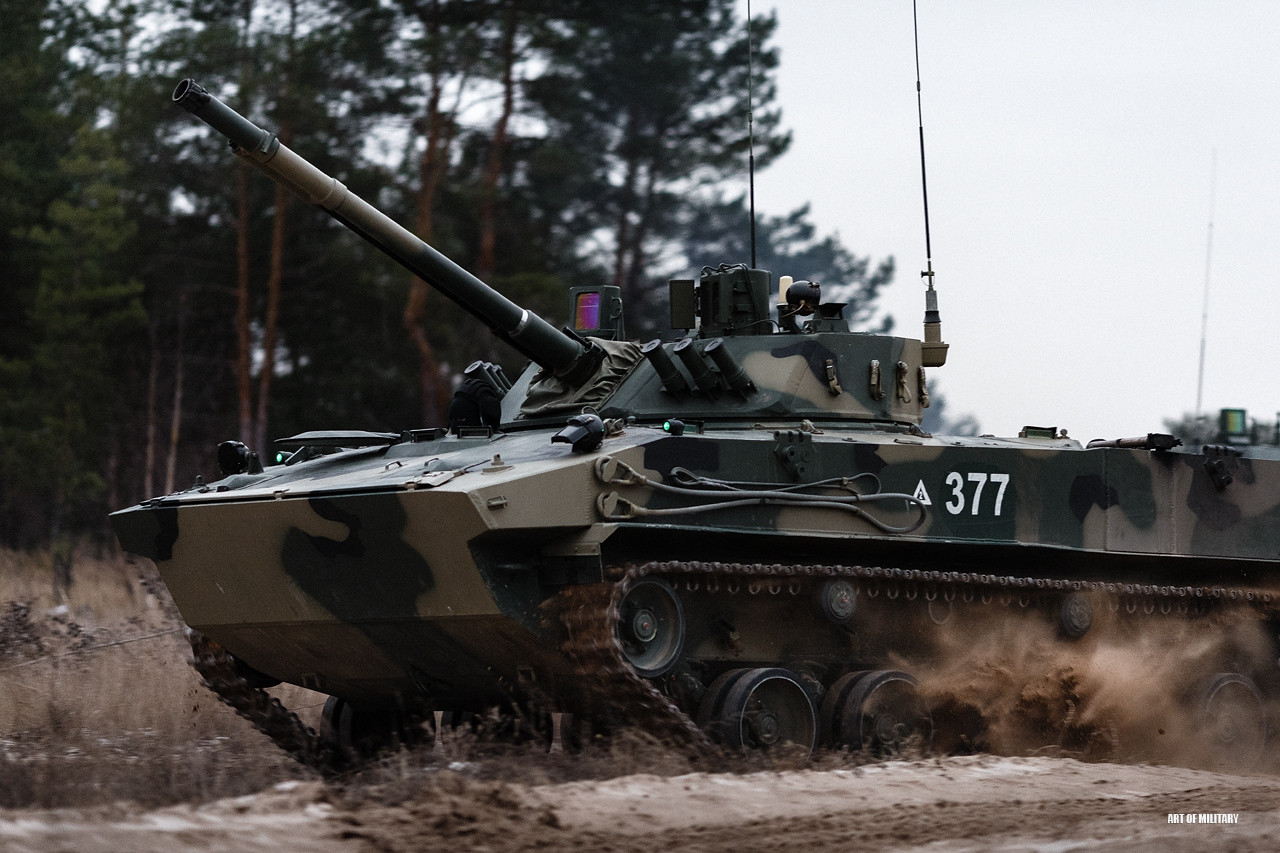 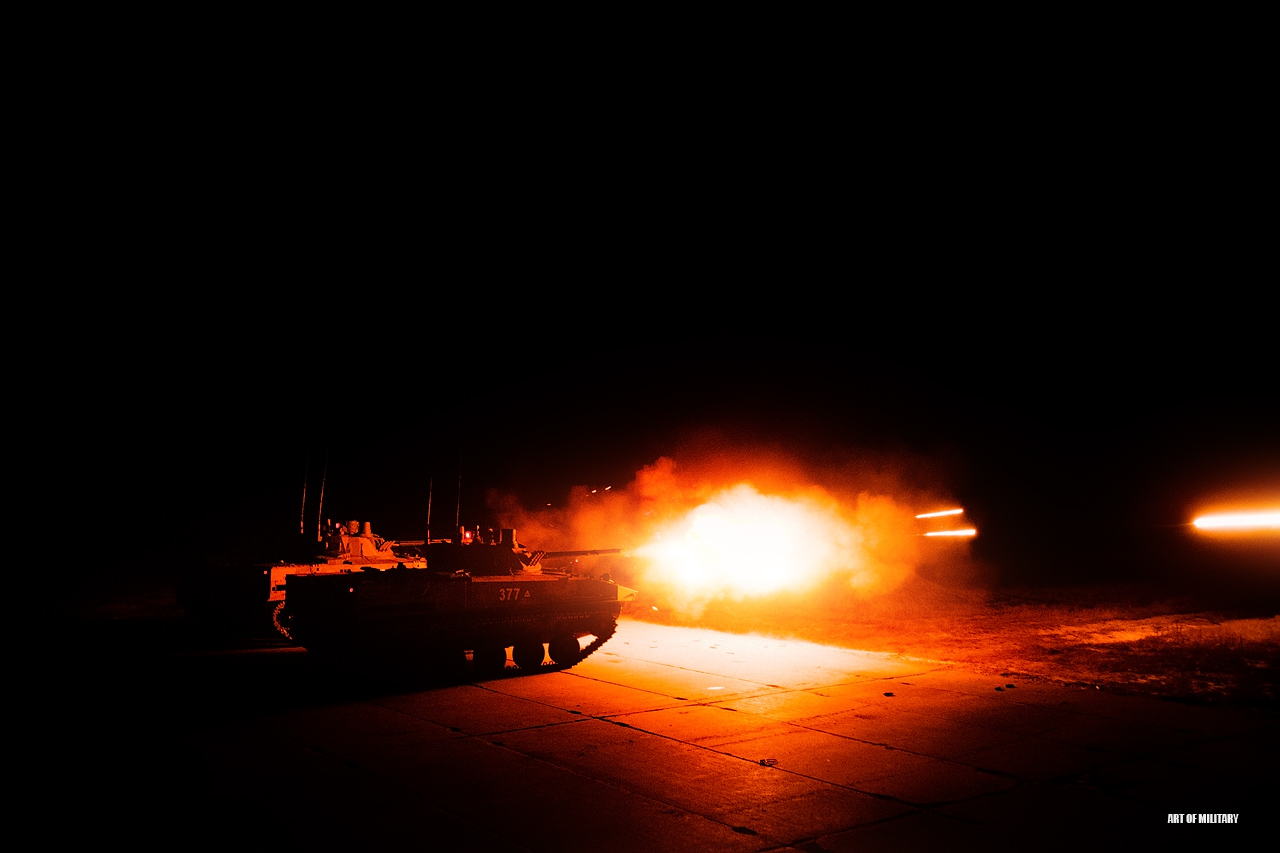 BMD-4M will be bought in enough numbers to become standard? If so that is a huge firepower capability, if the BTR-MD would get a grenade launcher that would give squads even more firepower. What would have made me happy is if they can install heaters in those its not fun riding on top a BMD in winter

Hopefully with BTR-MD they won't have to ride on top, the hull is huge compared to BTR-D.

Though knowing our guys, they still will